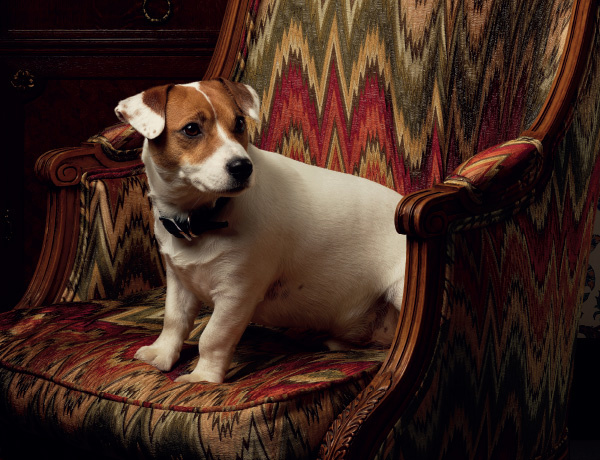 Rodney Graham’s exhibition at Lisson Gallery London presents his first new body of lightboxes following the largest presentation of his work in this format last year at Museum Frieder Burda in Baden-Baden, Germany and Museum Voorlinden in Wassenaar, Netherlands. Since creating his first lightbox in 2007, Graham has evolved these works into a larger, more complex series that encompasses various aspects of his artistic practice, such as photography, sculpture and painting. Staged down to the finest of details – from the decoration and soft furnishings to the positioning of the central figure – the works are essentially stage sets for an accumulation of multi-layered fictions, with Graham consistently playing the starring role. Weaving together various subjects, and sprinkled with anecdotal art historical and pop culture references, the works not only comment on the mechanics of image and image-making through Graham’s intricate process but are also employed as a vehicle to examine the epistemology of perception.

Graham’s exhibition at Lisson Gallery features his largest lightbox to date, a four-panel piece featuring a 1940s gallery set loosely based on a photograph of Samuel Kootz. One of the first New York art dealers to champion Abstract Expressionist art, Kootz is shown smugly smoking a pipe in his apartment-turned gallery during an exhibition of work by Pablo Picasso in 1949. Graham takes on the role of Kootz in his new lightbox, hoovering the carpeted floors in preparation for an exhibition opening. In the background, an art collector admires a set of abstract paintings, created by Graham and based on a drawing by Alexander Rodchenko (Abstract Composition, 1941). Here we see Graham’s characteristic and dizzying layering effect: he is an artist, acting as a gallerist, in a gallery set that he has created, with artworks he has created inspired by another artist, as an artwork.

While Graham has previously questioned the roles expected of an artist, in works like The Gifted Amateur, Nov. 10th, 1962 (2007) or more recently Pipe Cleaner Artist, Amalfi, ‘61 (2013), Vacuuming the Gallery 1949 (2018) probes at the depictions and cultural tropes associated with art dealers, who are constantly vying for the attention of fatigued collectors, while pointing to the more mundane and tedious aspects of running an art gallery. This is not just work about art history but art about art in its natural habitat. The result is simple, economic and charmingly effective. It creates an immersive experience of an art gallery of another time, showing traces of history that resonate with art galleries today. A number of new paintings in a vaguely abstract style, like those featured in Vacuuming the Gallery 1949, are also on view upstairs at 67 Lisson Street, bringing with it a satisfying circularity: the paintings Graham created for his gallery lightbox set are now brought to life in an actual art gallery. Realised in oil paint and sand on gessoed canvas, the paintings are an amalgamation of Rodchenko’s original Abstract Composition, with portions reassembled by Graham in Photoshop, then re-realised as a painting and cut up again, ad infinitum.

In Graham’s next mise-en-scene, he poses as an intellectual figure for a formal photographic portrait, seated in a stately armchair and surrounded by books on philosophy. The diptych is a recreation of two Pelican paperback covers associated with the British philosopher A.J. Ayer’s The Central Questions of Philosophy, an introduction to some of the most frequently discussed areas of philosophy. One panel shows Graham posing as Ayer as a solitary figure, and the other shows Graham as Ayer with his dog. The work references Ayer’s philosophical underpinnings, notably his emphasis on logical empiricism and the verification principle, a theory of knowledge that asserts only statements verifiable through empirical observation are cognitively meaningful. Graham’s lightbox, eponymously titled Central Questions of Philosophy, makes two propositions: ‘a philosopher sits in a chair’ and ‘a philosopher and a dog sits in a chair’. The work probes the different facets of our claims to knowledge, particularly perceptual knowledge, that relies on inductive inference for its credence. It is this induction, subtle hints and inferences that characterise Graham’s work, along with its self-reflexive nature.

An ornate brass telephone takes centre stage in a smaller lightbox by Graham, titled Unused Prop: French Telephone (2018). The phone was created as a prop for another artwork that was never realised: a reconstruction of a still from Martin Scorsese’s classic crime thriller The King of Comedy – where the kidnapped talk show host Jerry Langford (Jerry Lewis) speaks on the phone while one of his kidnappers (Sandra Berhard) holds a gun to his head. The final lightbox in the show borrows from a Mallarme-style poem written by Graham that was intended as an instructional guide for a tattoo of the comic book figure Popeye. Tattooed Man on Balcony (2018) follows this work and shows Graham in a contemporary setting as a tattoo aficionado, dressed in the style of a Rockabilly with a retro pompadour, standing on a balcony and looking off into the distance. The scene is undeniably suburban, its location given away only by the architectural structure, ‘Vancouver Specials’, that are known to Canada. Domesticity is also a feature in Elvis Door, an exact replica of Elvis Presley’s screen door at his home in Graceland, fabricated in silver. Presented alongside this on a 19th-Century British games table is a spring-loaded, solid silver slipcase that holds a rare publication, the first Arabic translation of Daniel Defoe’s Robinson Crusoe that dates to the early 1800s. Nearby is a short film featuring a demonstration by Graham on the mechanics of the slipcase and table. 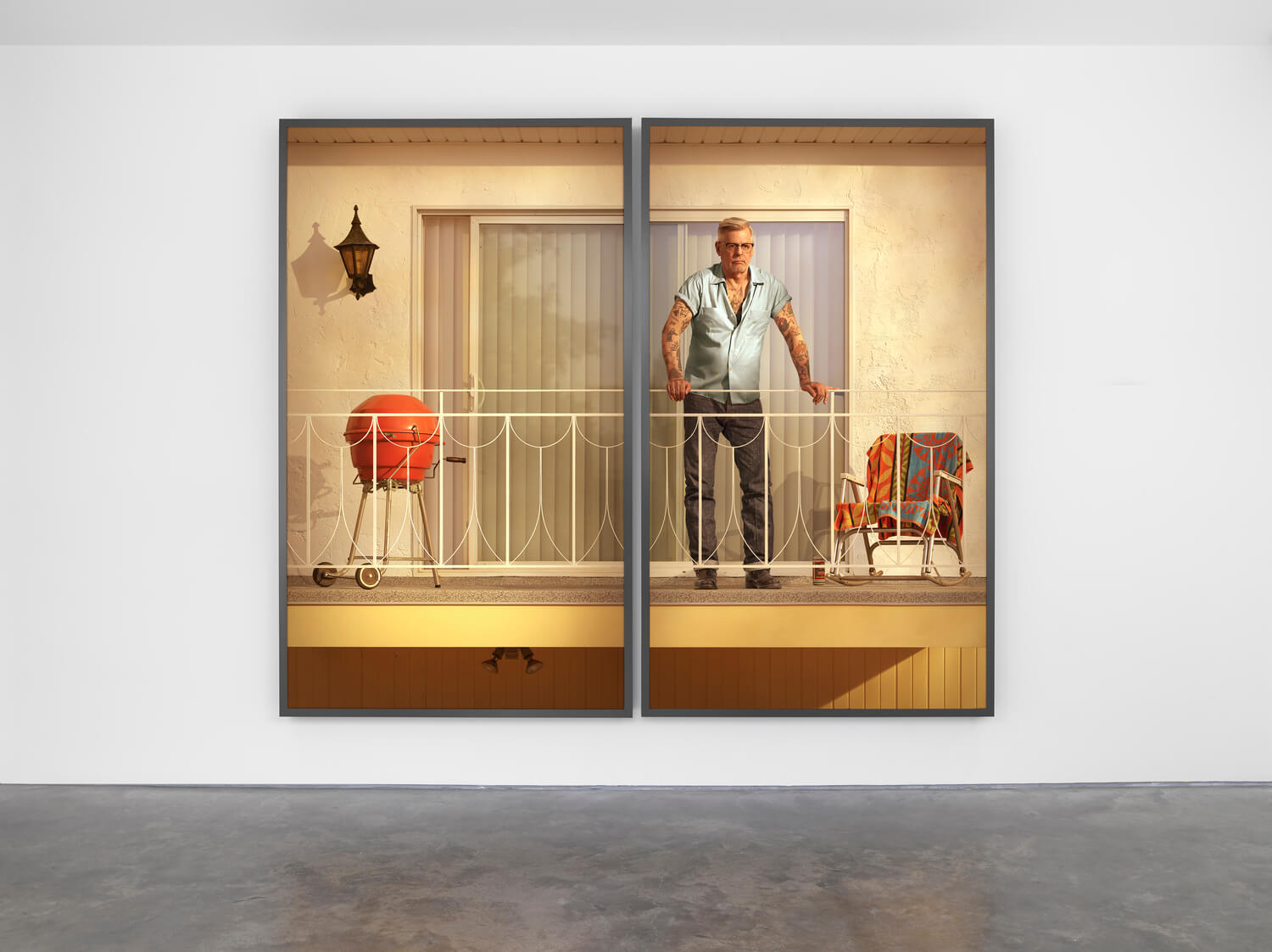 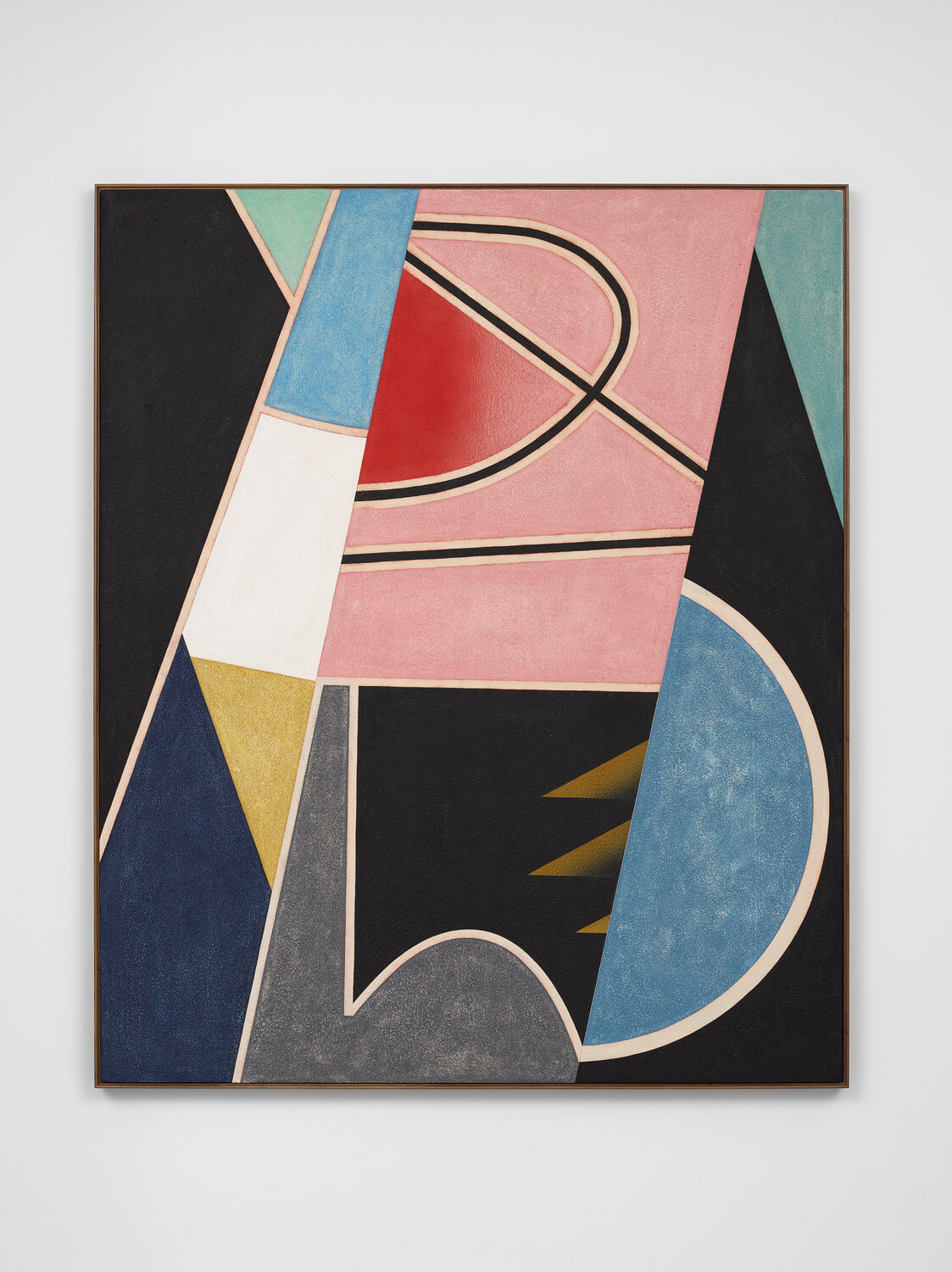 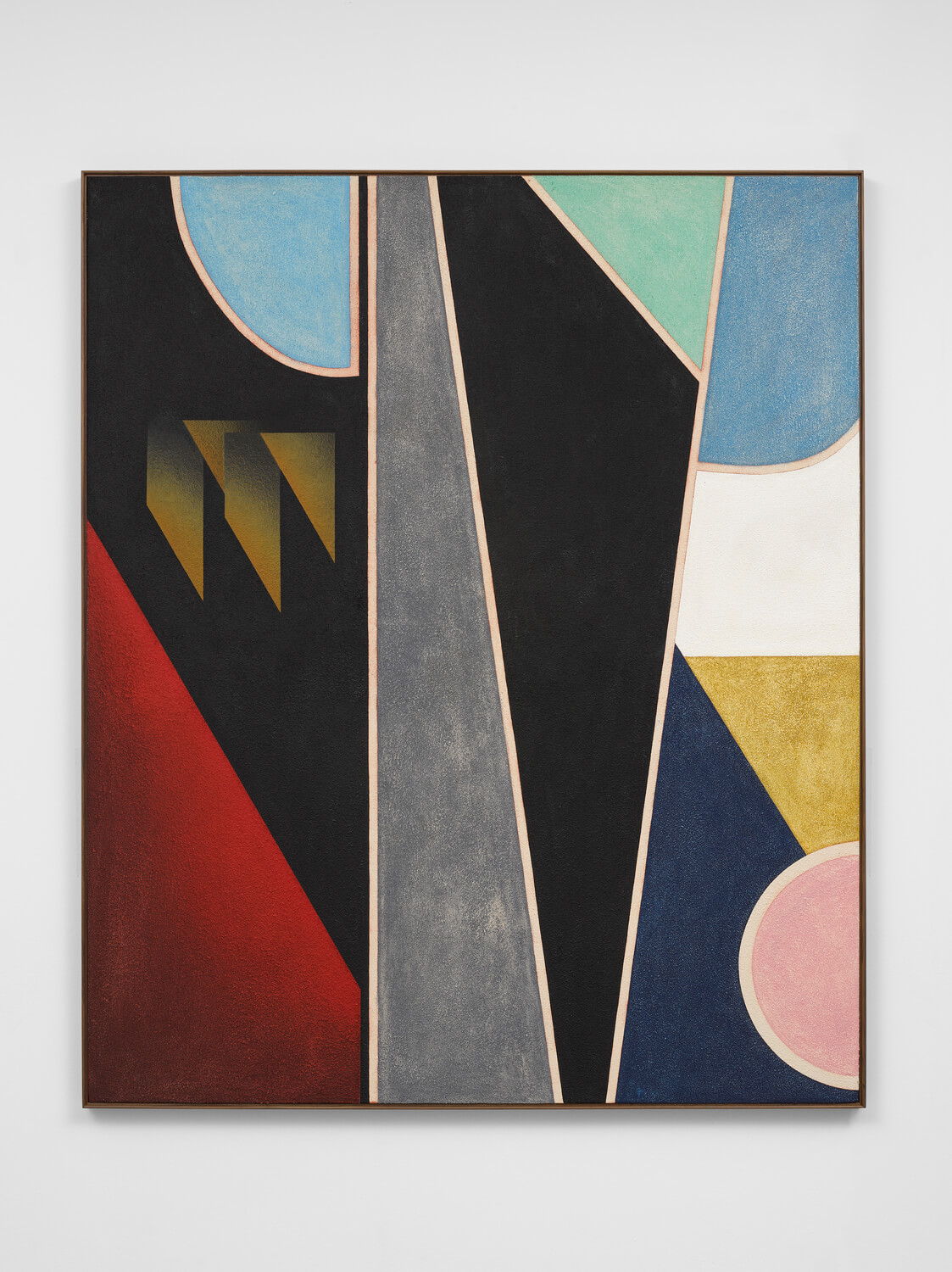 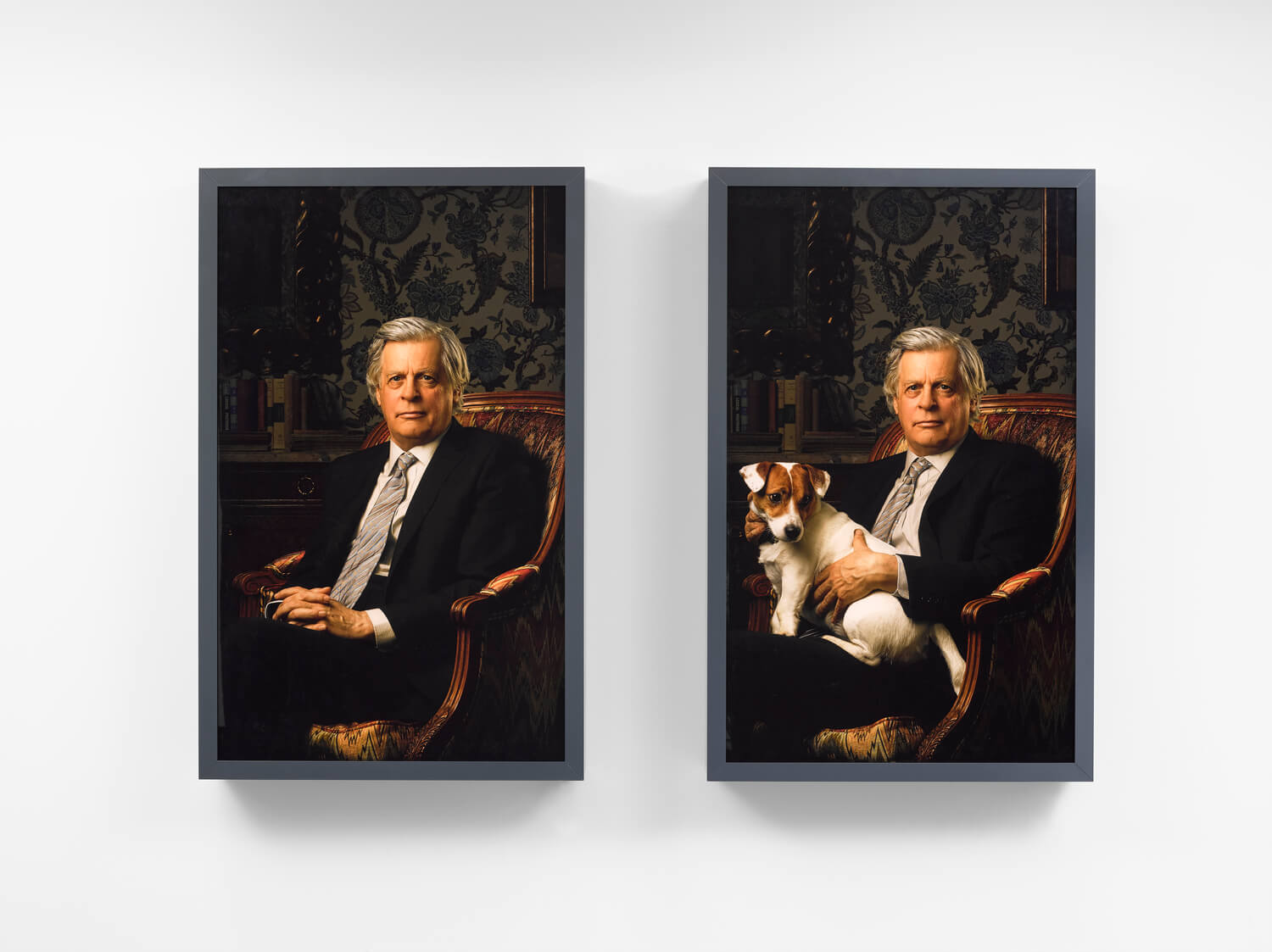 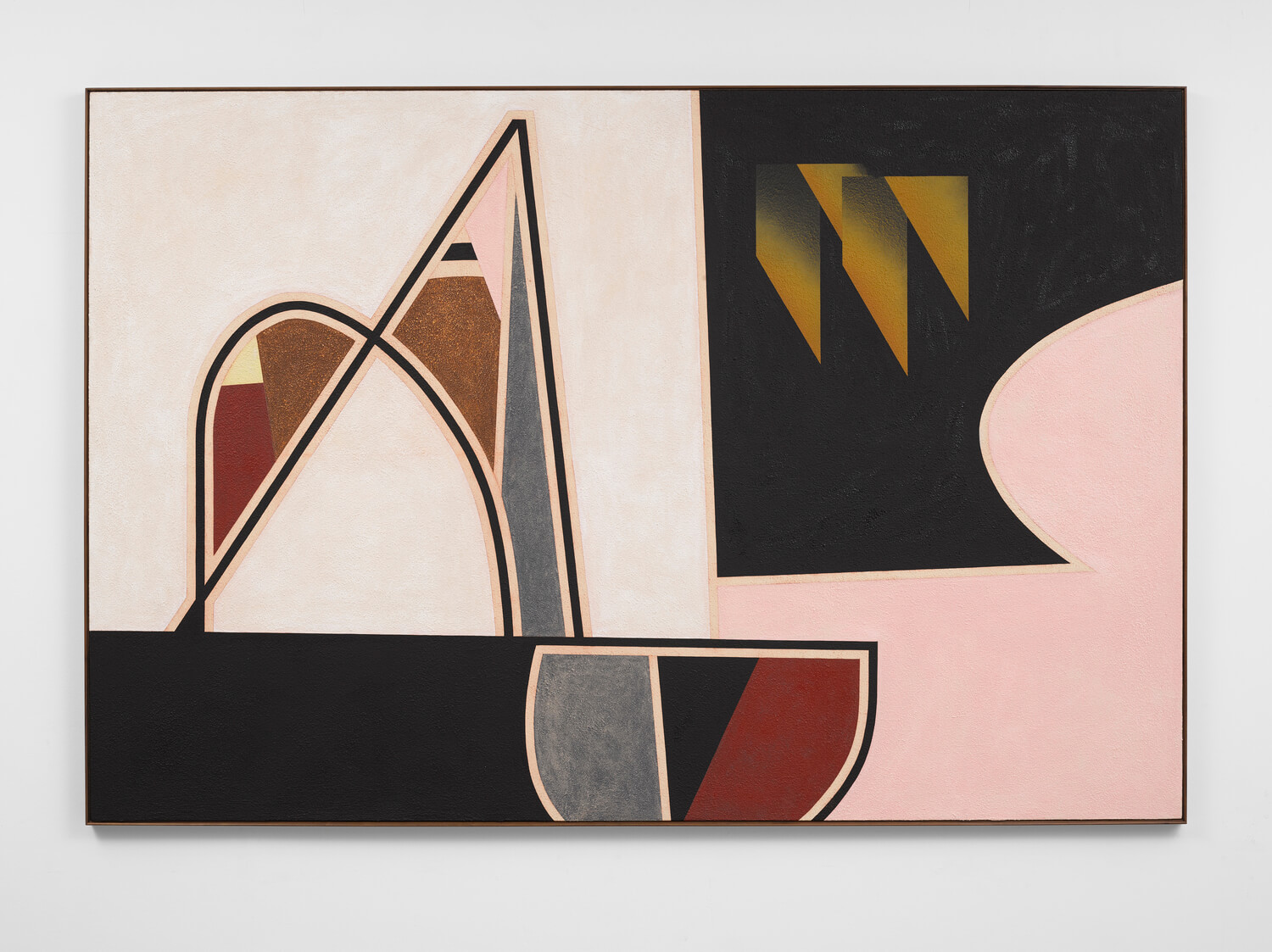 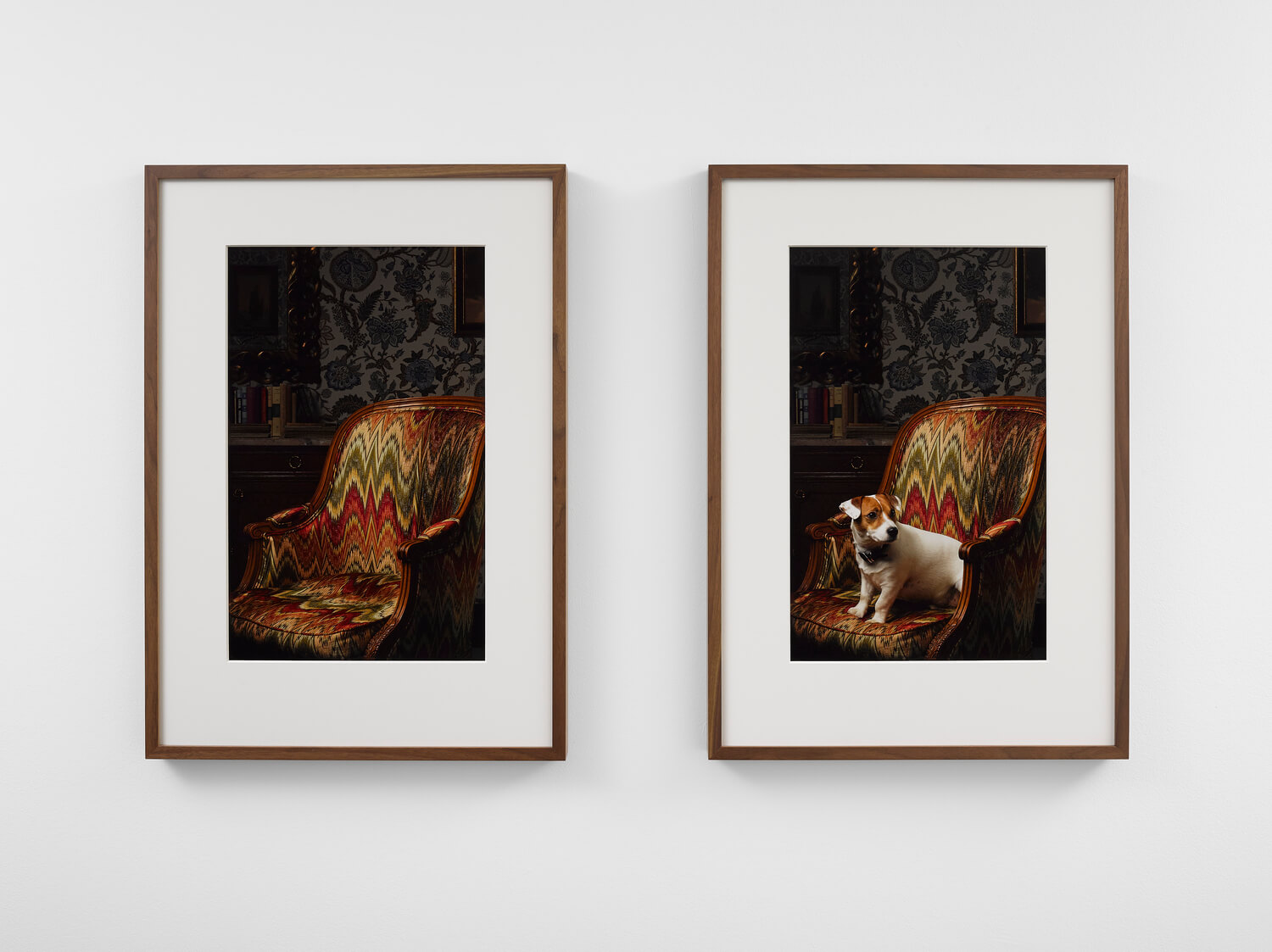 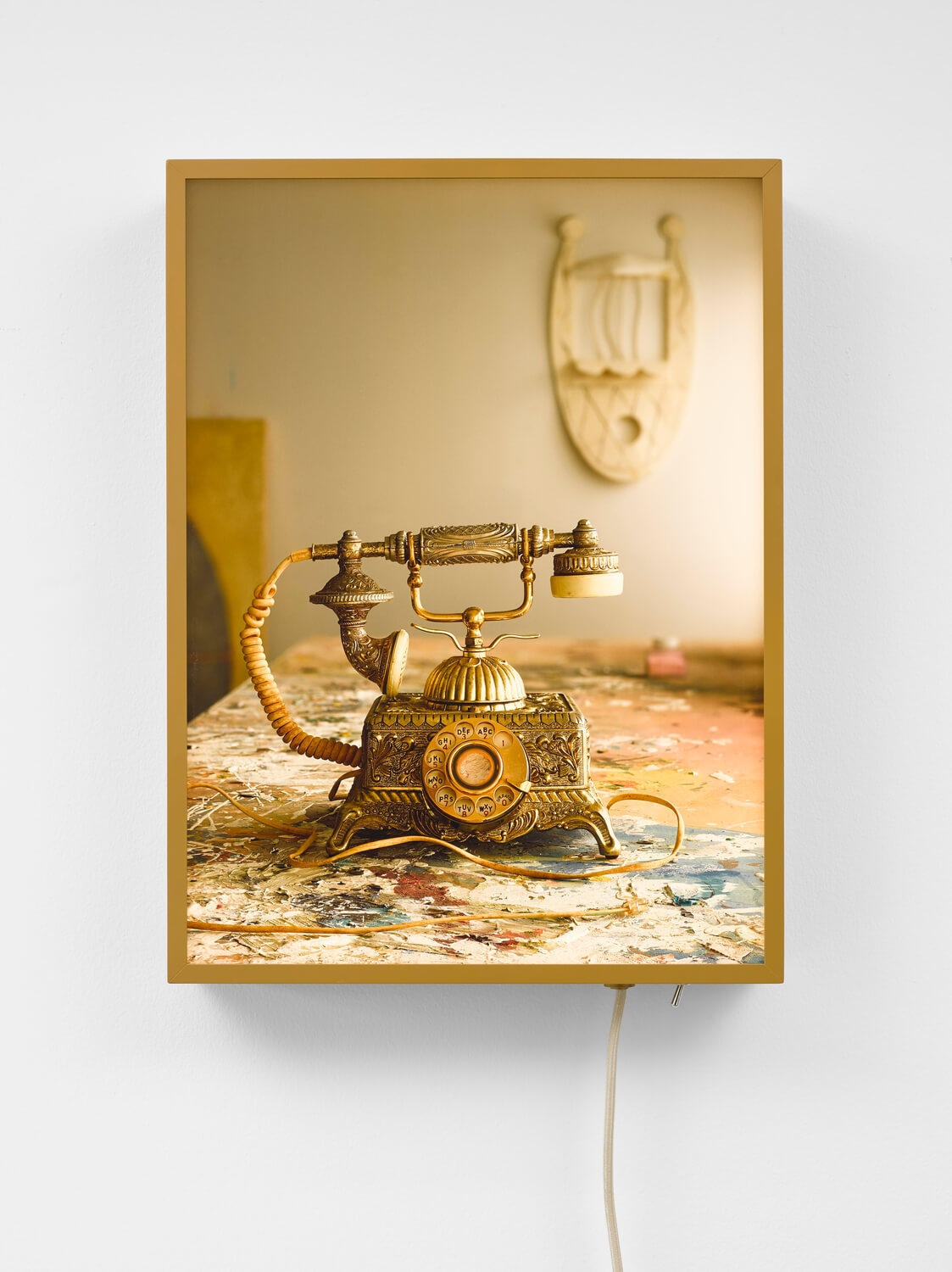 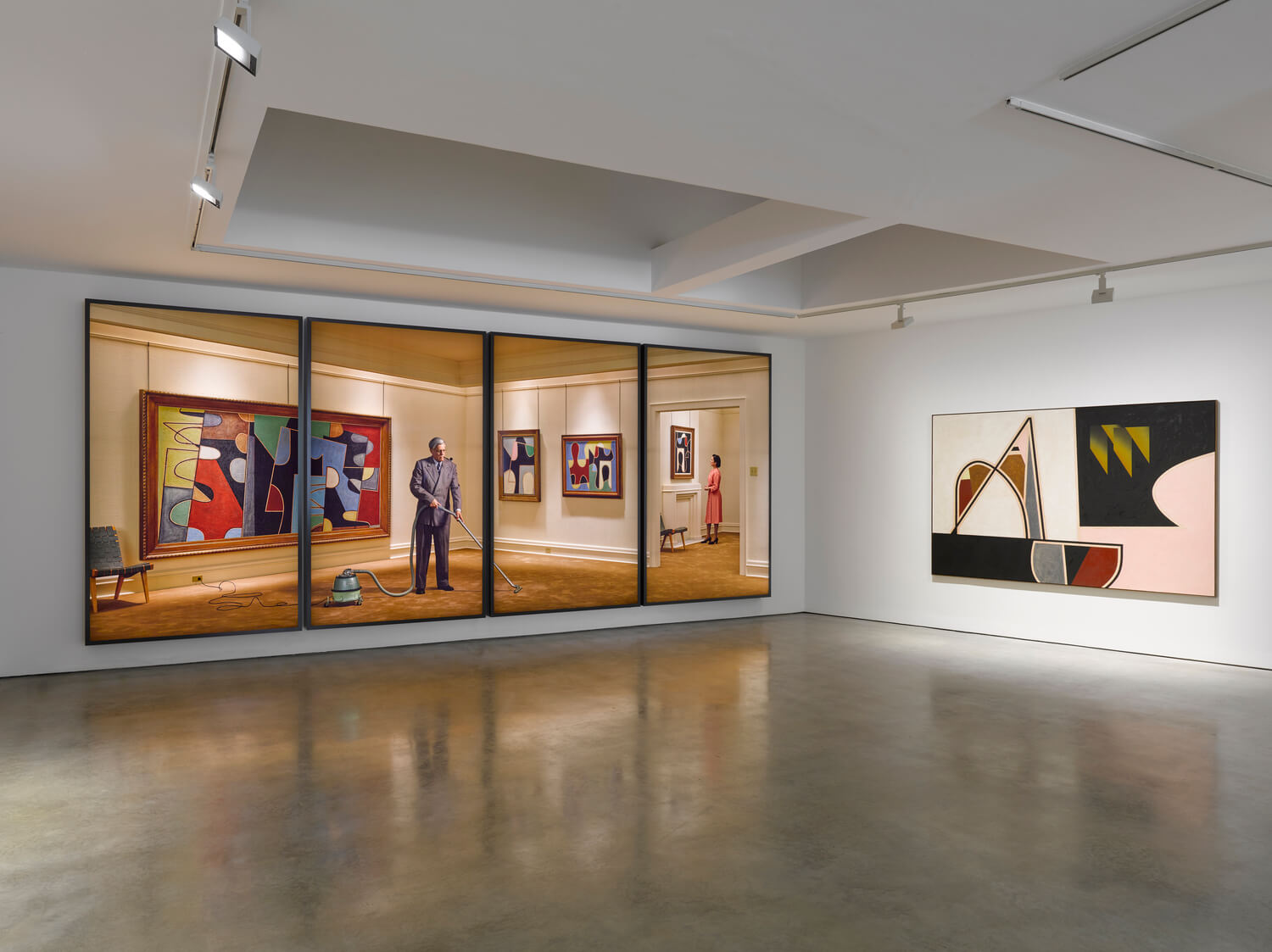 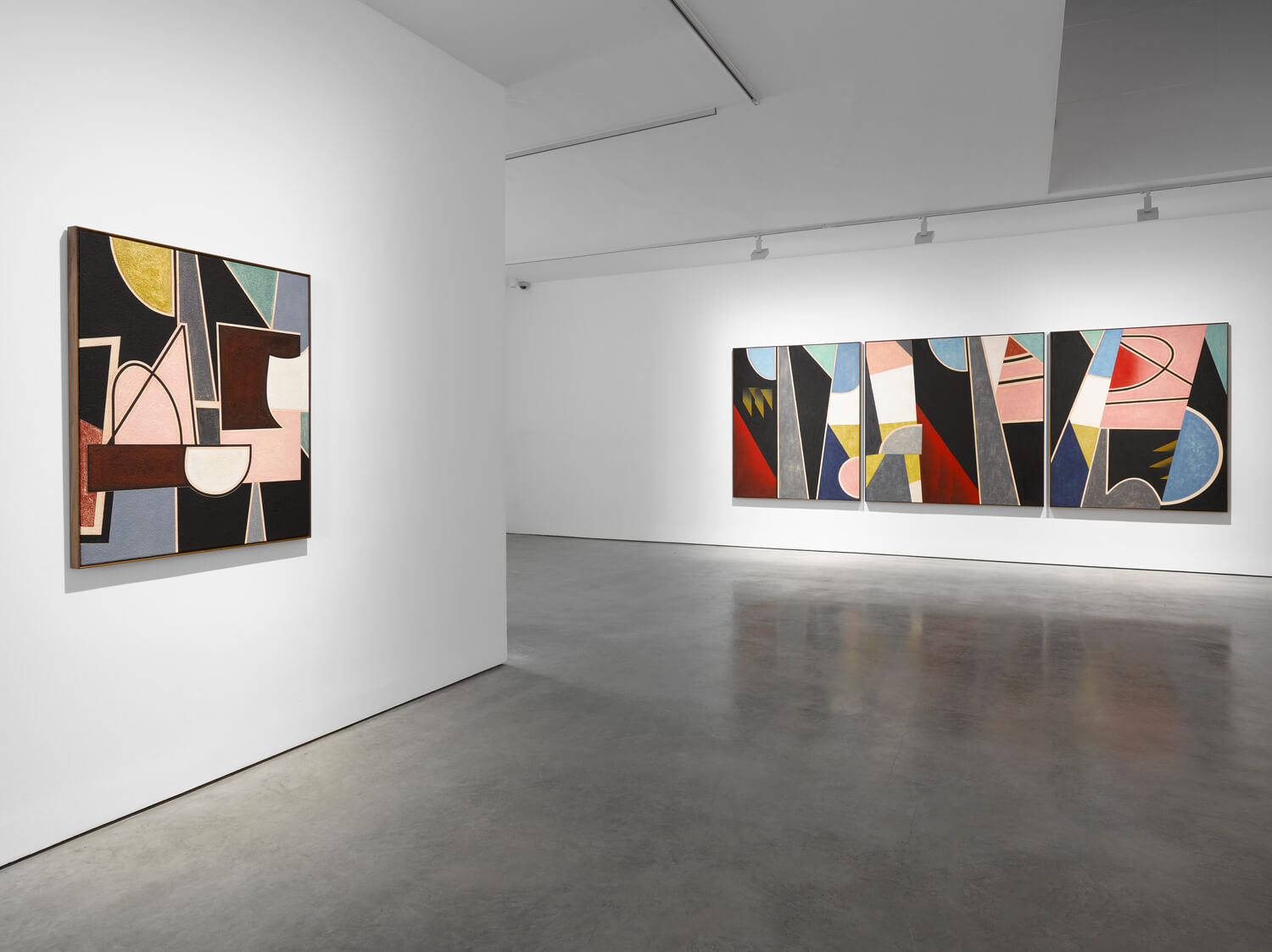 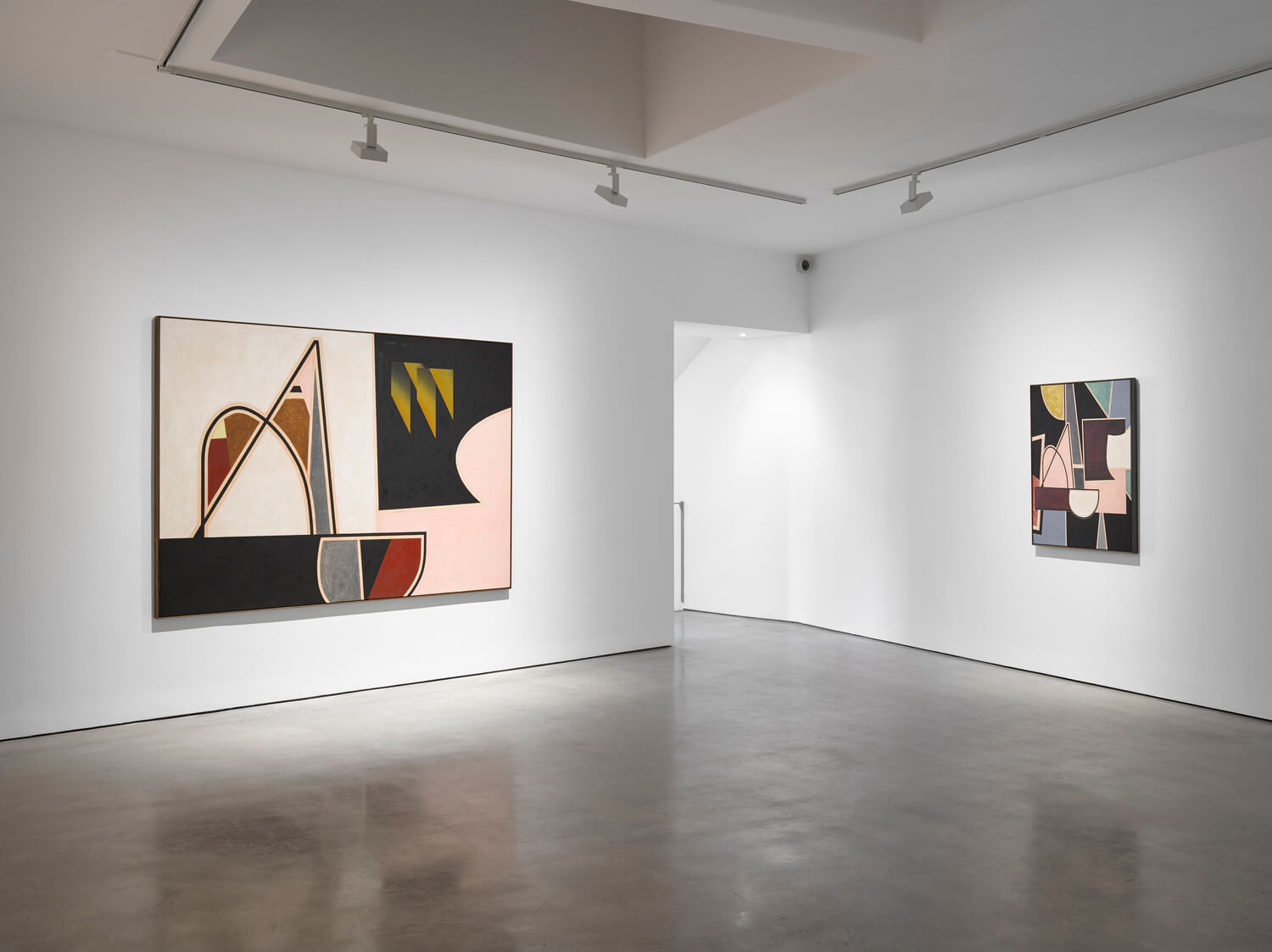 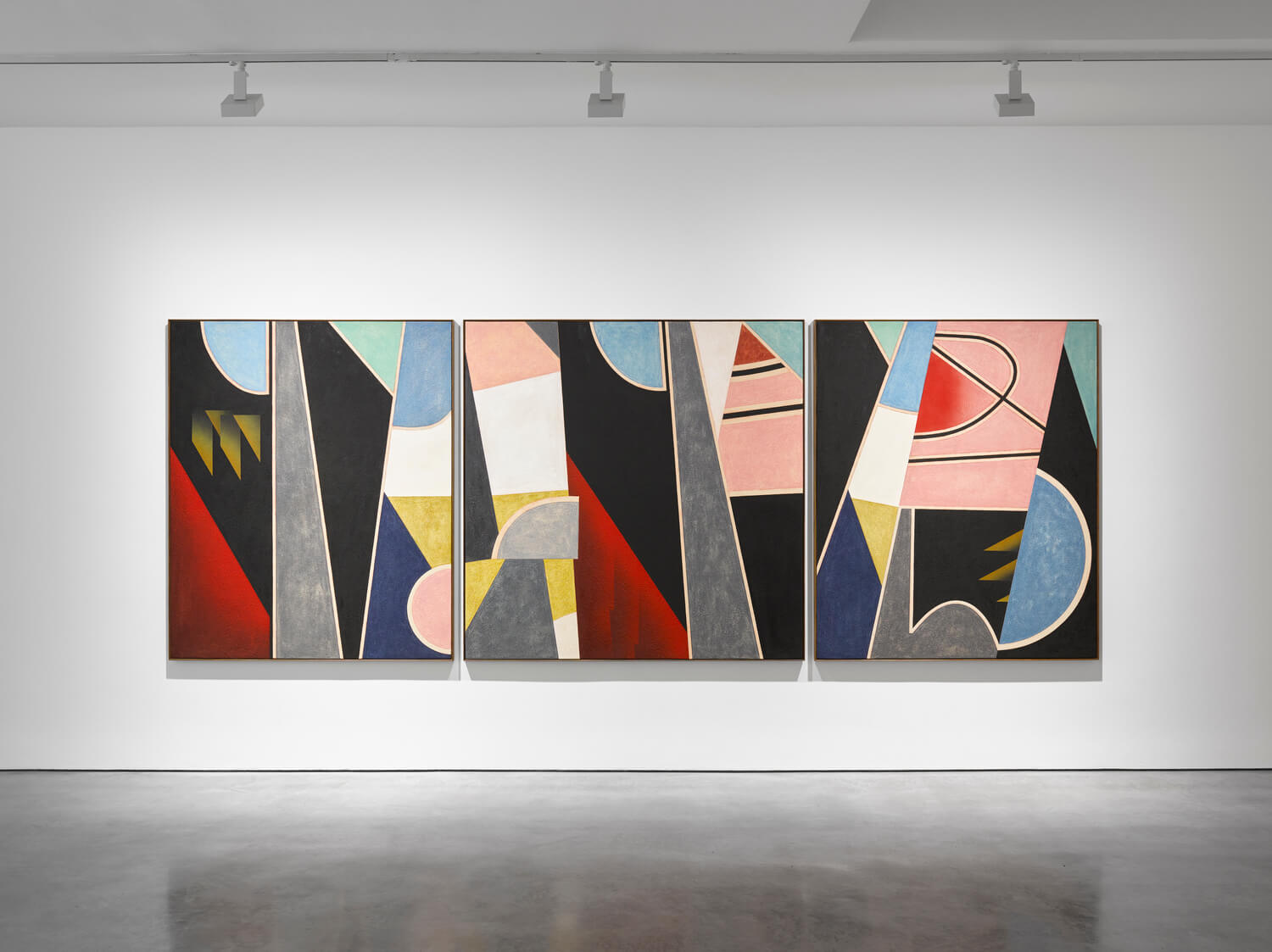 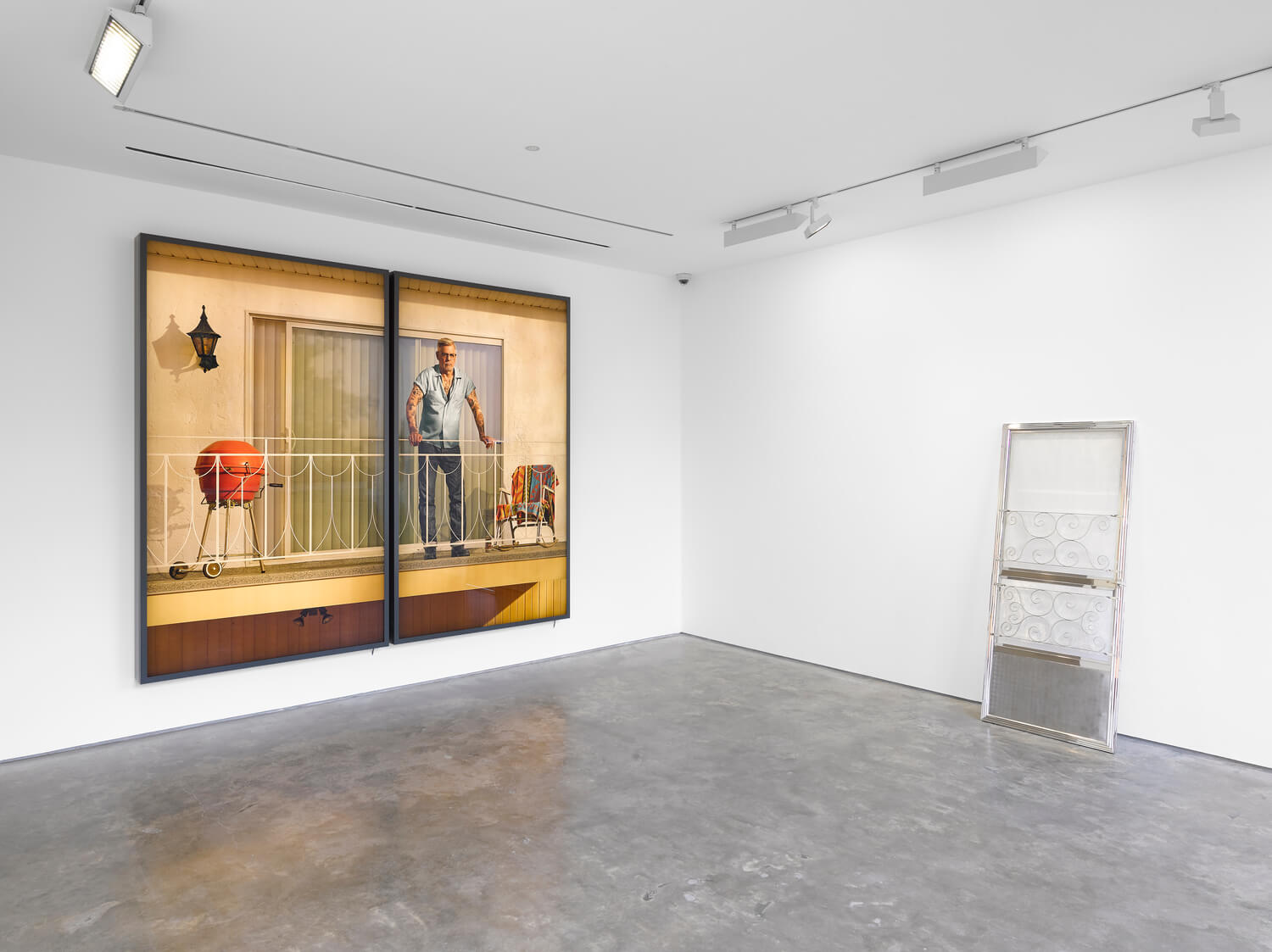 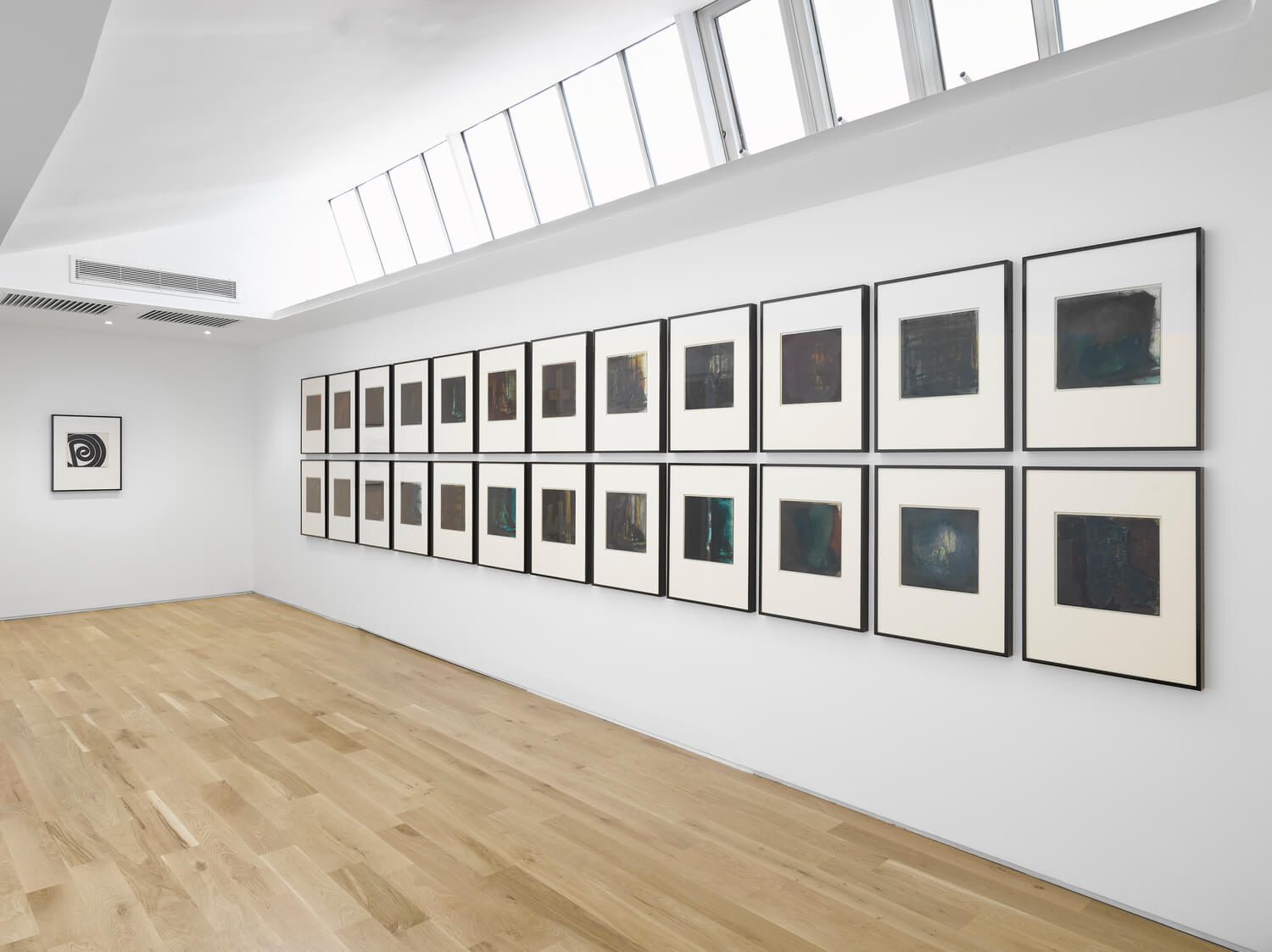 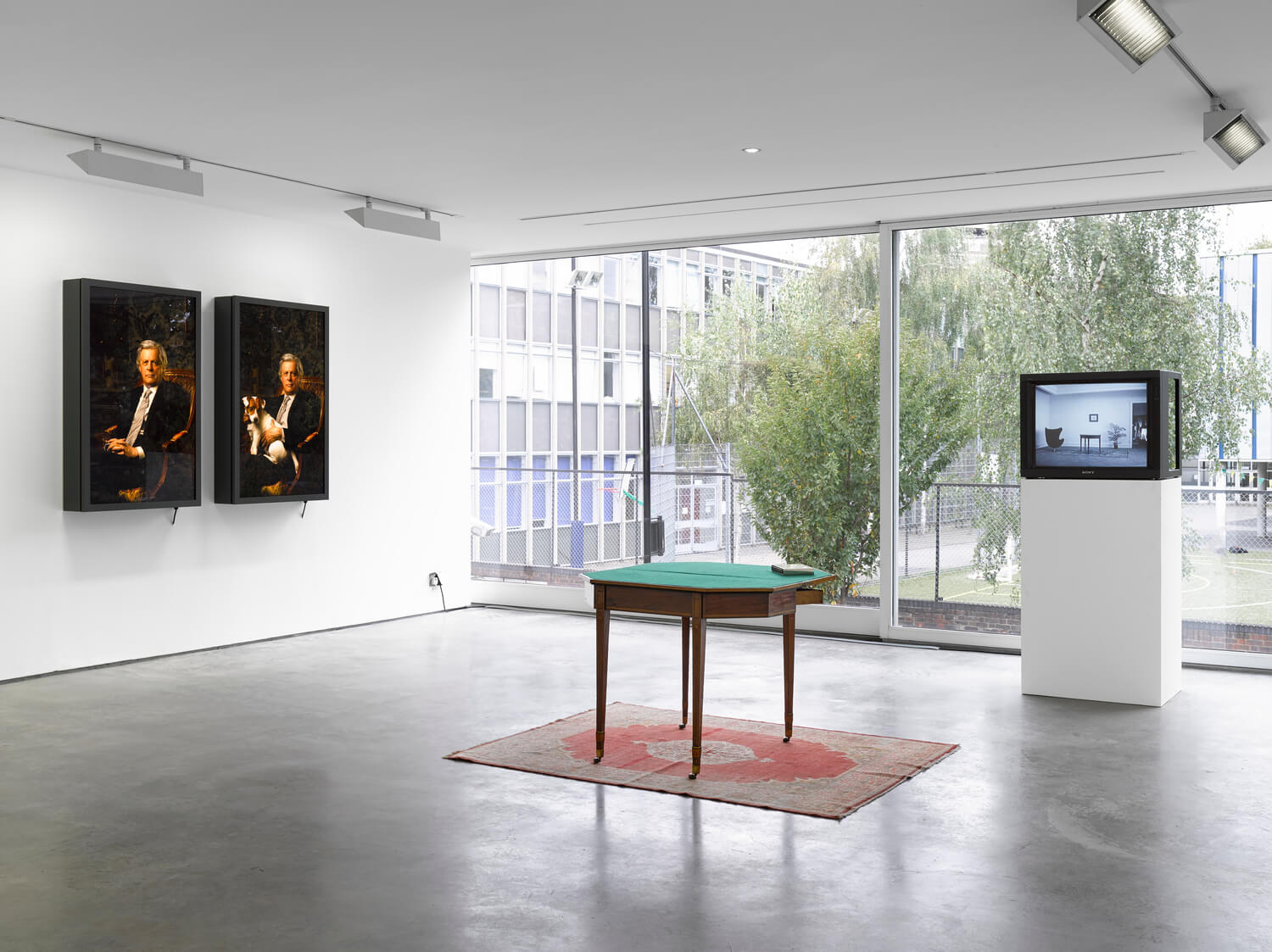 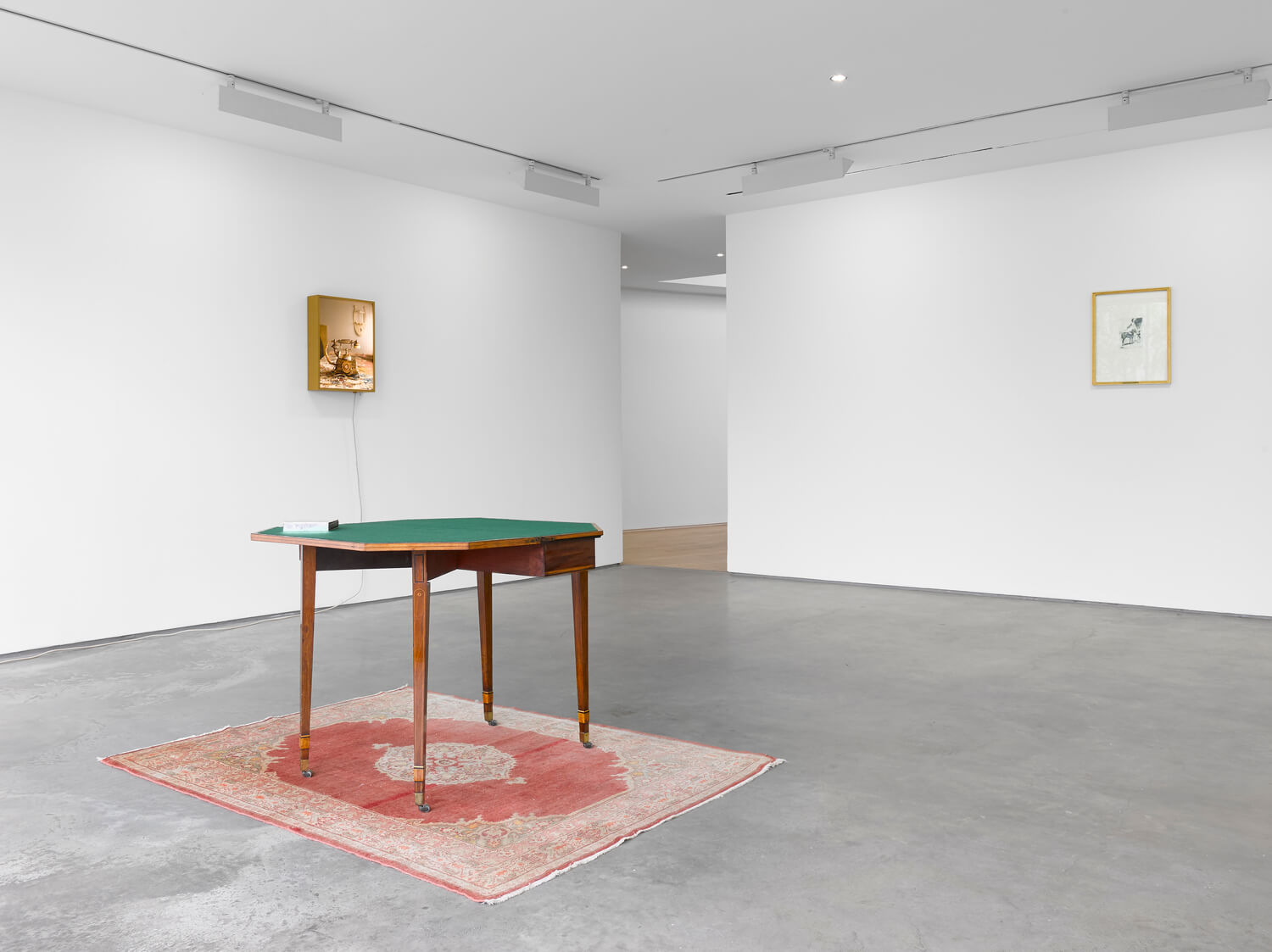