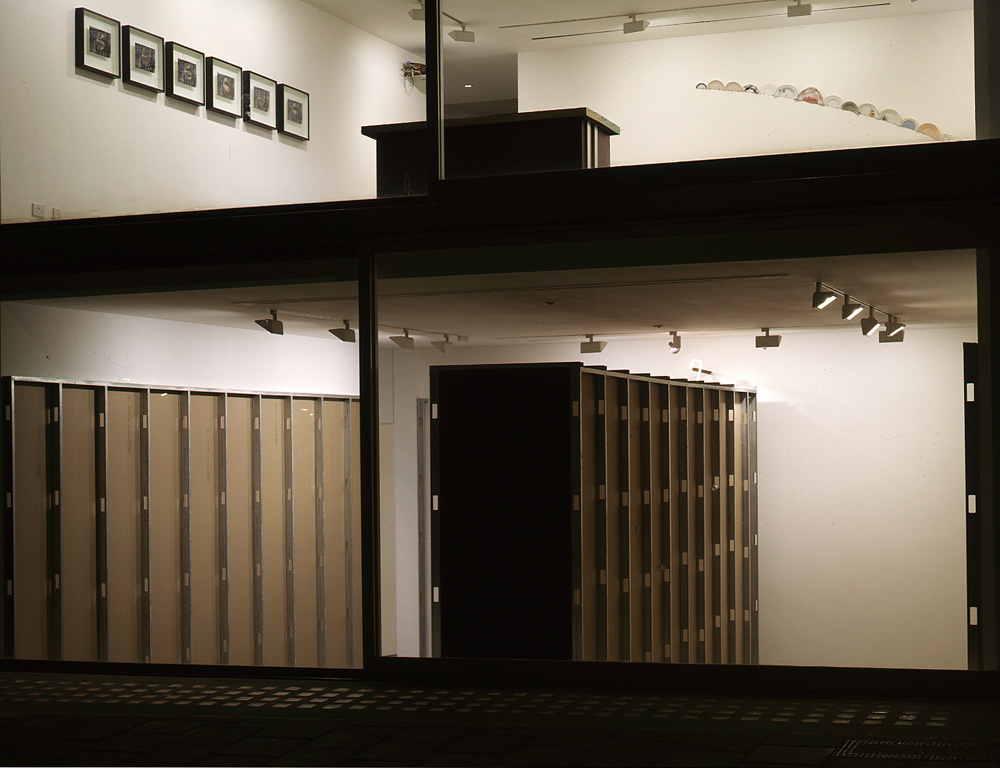 We are pleased to announce an exhibition of new sculptures and photographs by Richard Wentworth, his 5th solo show at Lisson Gallery since 1984. Richard Wentworth’s works, encircling the notion of objects and their use as part of our day to day life experience, has altered the traditional definition of sculpture. By transforming and manipulating industrial and/or found objects into works of art, Wentworth subverts their original function and therefore challenges our understanding of them by breaking the conventional system of classification. These sculptural arrangements and assisted ready mades play with the juxtaposition of objects that have nothing in common. They often incorporate a range of materials not usually associated with art. This can be seen in the large scale floor sculpture Spread a work made of an enormous number of second hand plates, densely arranged with a strong sense of physicality. This piece, due to its use of materials plates of various values and from different locations, collected over a long period of time, is related to the intimacy of our lives. Most probably, most of us have eaten from a plate similar to one of those exhibited.

The Look and The Feel brings together a glass shelf with a white painted walking stick. Again it is about perception and questions the commonplace privilege of sight. Even more, it introduces the subtle difference between seeing, which is a passive activity, and looking which an active one, seeking for visual interests. Two photographic series convey Wentworth’s vision of the world and its fragility. The viewer encounters the unexpected through the artist’s photographs which reveal a spontaneous and surprising urban reality and have to be understood as an independent and separate activity from the sculptures.

Making Do and Getting By investigates daily DIY activities and human resourcefulness. It records the ingenious way we all use inappropriate materials to do jobs and acknowledges the fact that all of us make little sculptures everyday by washing up or packing a suitcase, ... thereby revealing the true condition of our lives. The Occasional Geometries series is about organization, the way streets organize themselves for instance ñ the parallels of the streets, pavements, parked cars, ... with a constant balance between rigidity and vitality, order and disorder.

This exhibition includes two new works which are high on the wall and very precarious. Like all of Wentworth’s work, they are about the combination of the desirable and the precarious, and to this extent, one can find a correlation between this show and the vanitas paintings of the 17th century which depicted objects that were loaded with symbolism linked to our human condition.
Richard Wentworth was awarded the Mark Rothko Memorial (1974) and the Berlin DAAD Fellowship (1993/94). He taught at Goldsmith’s College from 1971 to 1987, worked in New York and now lives in London. His work has been shown in various institutions such as the Serpentine Gallery, the Whitechapel Gallery, the Hayward Gallery, London; the Israel Museum, Jerusalem; the Institute