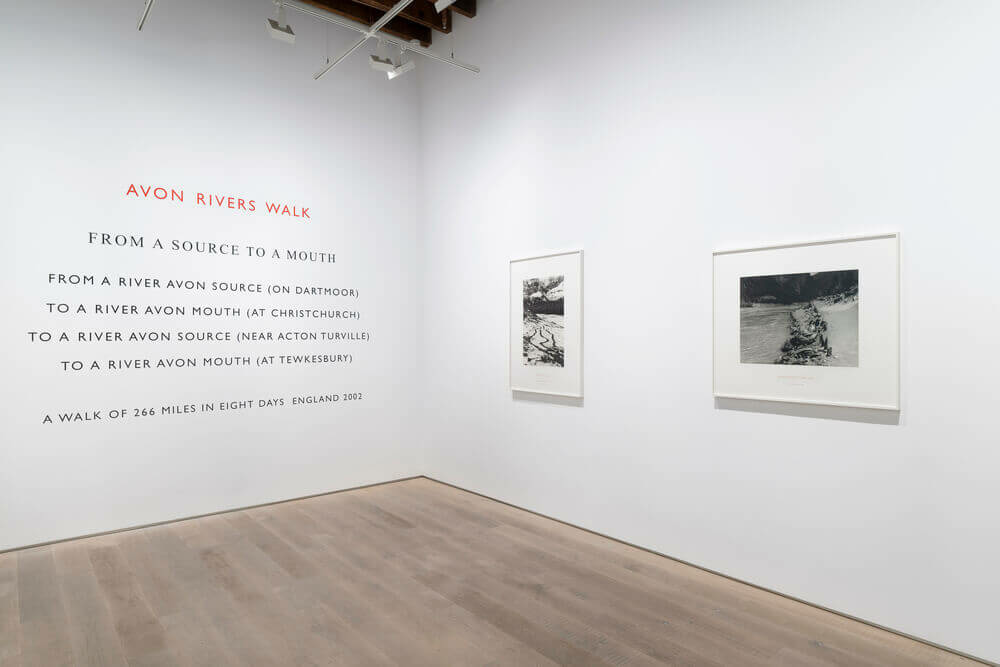 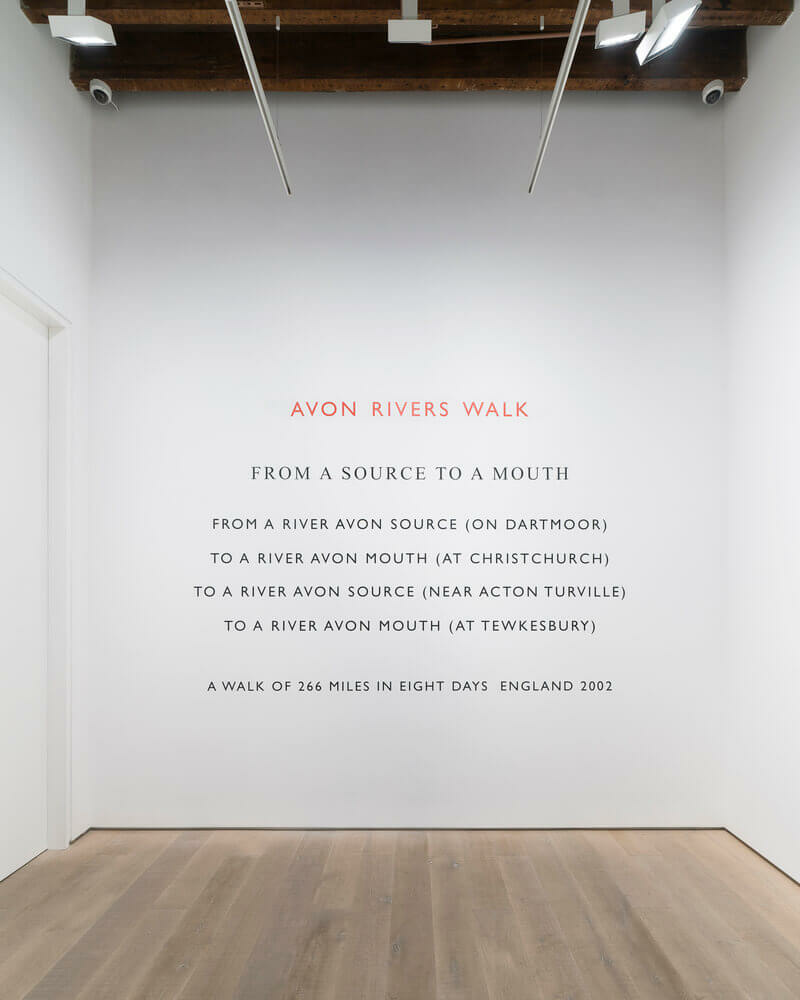 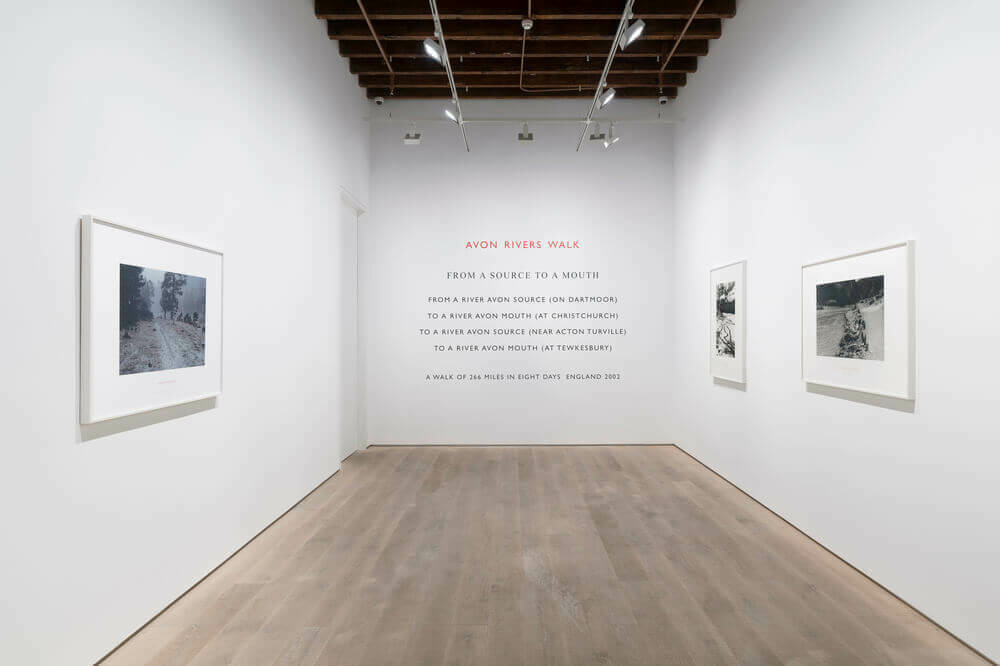 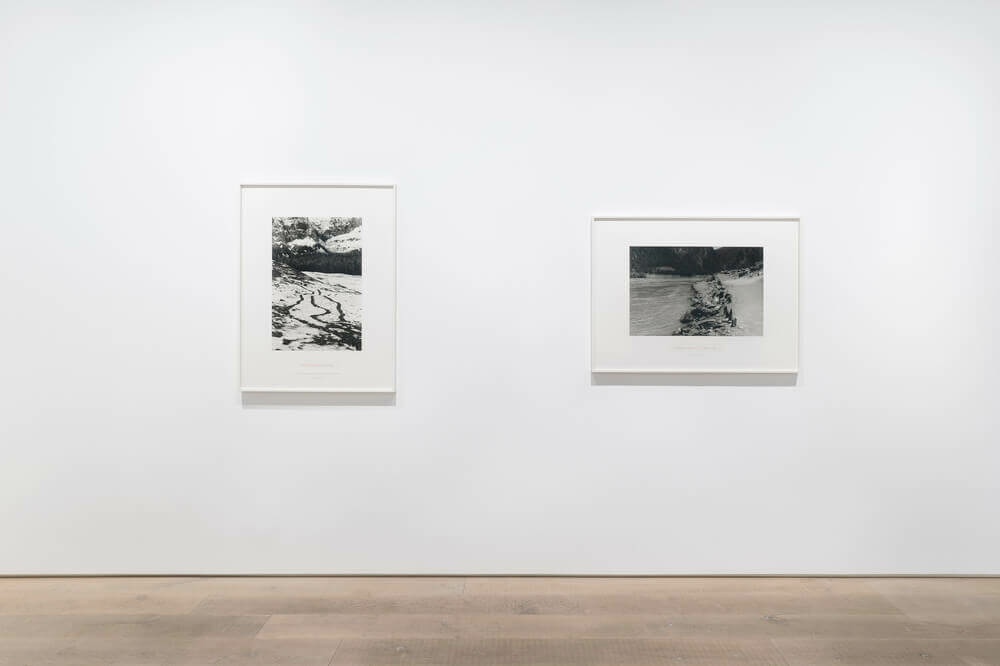 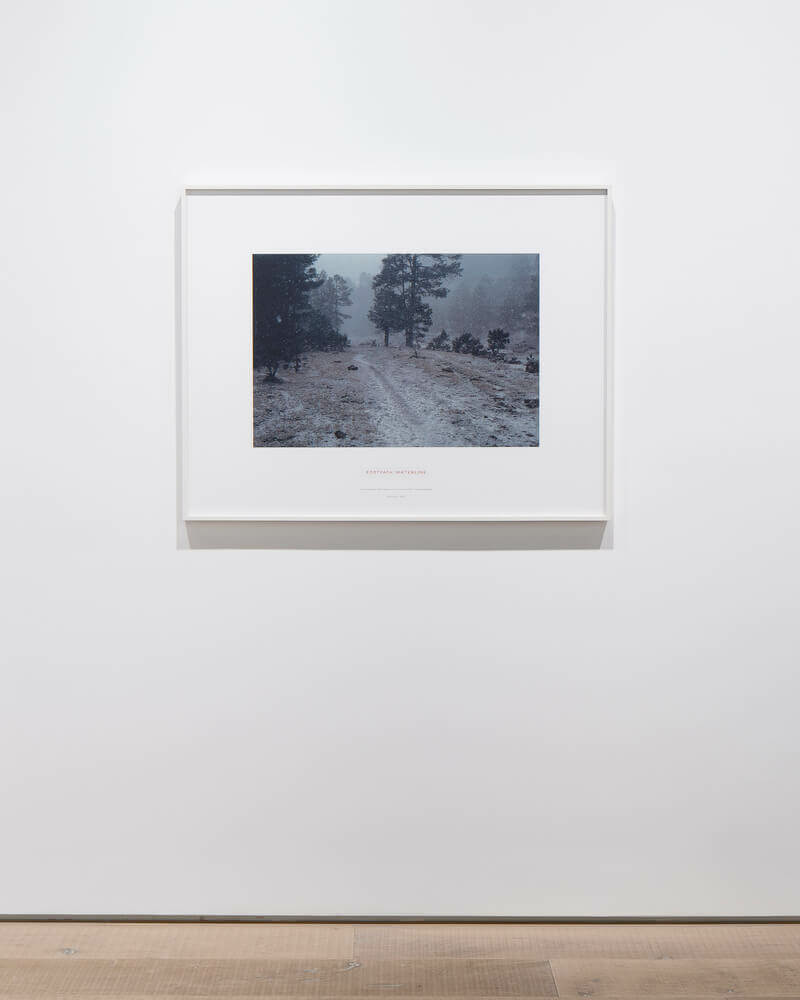 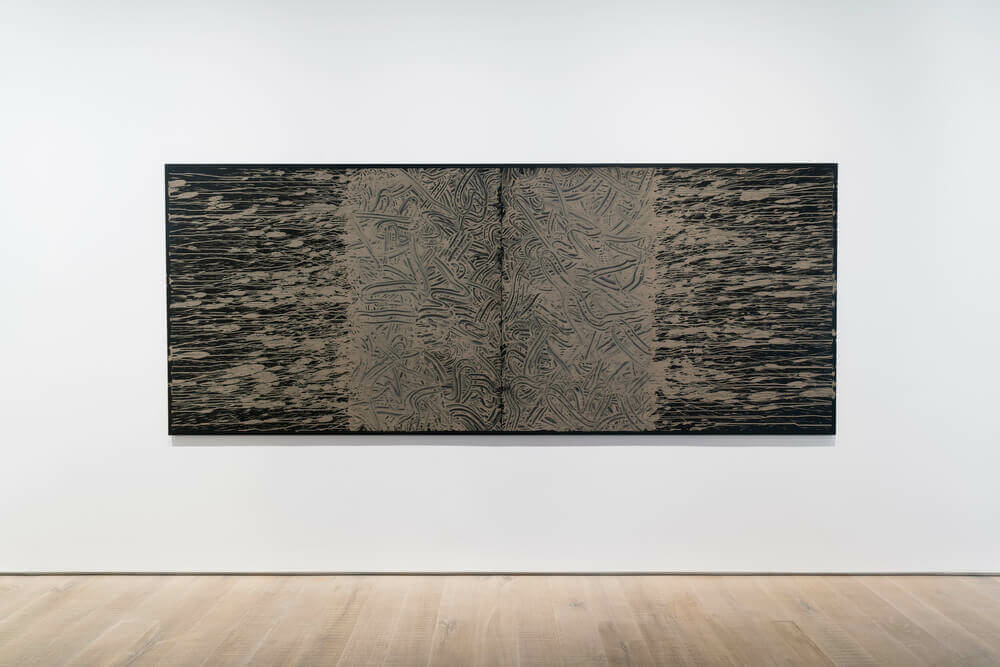 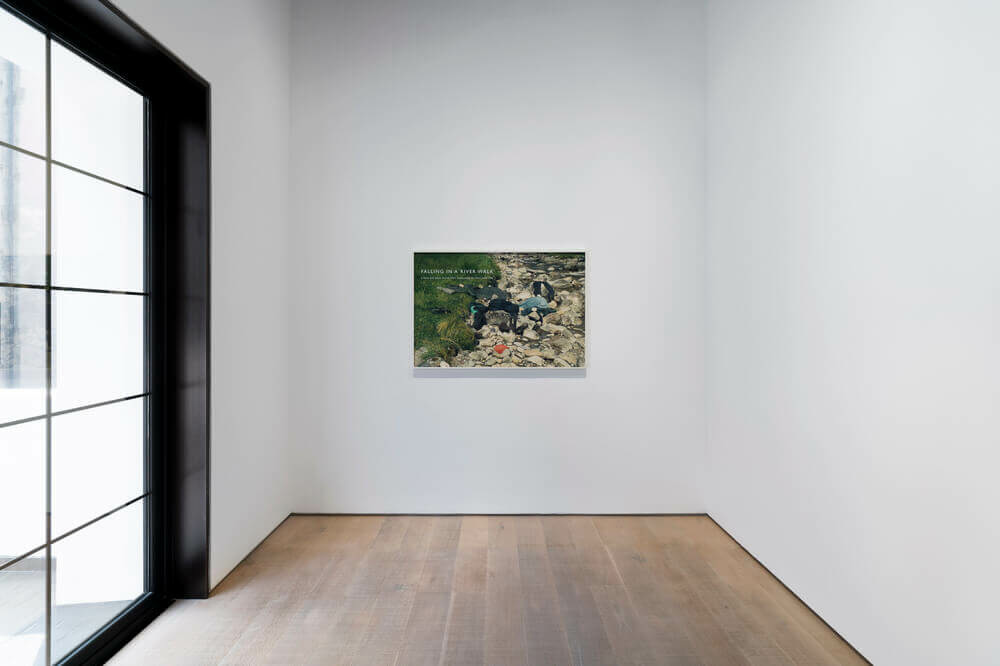 Lisson Gallery Shanghai is delighted to open an exhibition of work by the internationally renowned conceptual artist, Richard Long (RA, OBE). With works spanning 1987 to 2018, the exhibition will feature a mud drawing, text work and four photographs, illustrating his extensive journeys across the globe, from his home in rural England to the wild and historic sites in South Africa and Mexico. Also on show will be evidence of the artist’s previous trips to Mainland China in the Yunnan and Sichuan provinces, including documentation of his River Yangtze Stone Line, China (2010) produced at the same time as the ephemeral performance, A Thousand Stones Thrown into the River Yangtze.

Renowned for his travels, Long has walked the earth, recorded his traces and turned them into striking and mysterious works of land art. Long has been in the vanguard of conceptual art since he created the iconic work, A Line Made by Walking (1967), while still studying at Saint Martin’s School of Art. By transforming a journey – or physical intervention – within the landscape into an object in its own right, Long changed the way art was perceived. Since 1967, Long has travelled through mountains to deserts, shorelines to grasslands, rivers to snowscapes; from the rural and remote areas of Britain to the plains of Canada, Mongolia and Bolivia. He mediates on his experience of these places and records them through photographs, maps and text works, where measurements of time and distance, place names and phenomena are vocabulary for both original ideas and powerful, condensed narratives.

At each side of the exhibition, three photographs will be flanked by two larger works: a mud drawing and a text work. The mud drawing, Untitled (2018), uses mud from the English river in the southwest of the country, close to Long’s home city of Bristol. An active and physically demanding process, Long applies the mud directly onto the material in an act of performance, creating mesmerizing, swirling gestures surrounded by splattered mud drips. The text work, Avon Rivers Walk, England (2003), documents one of Long’s journeys in 2002 – “From a Source to a Mouth” – a walk of 266 miles in eight days, from the source of the River Avon in Dartmoor to the mouth of the river near Tewkesbury.

Between these works, Long will present three photographs with handwritten text scribed underneath, documenting further expeditions throughout his life. Footpath Waterline (1987) illustrates a wintery, snowy landscape captured during a thirteen- day walk in the Sierra Takahumara in Mexico in 1987, while Over Familiar Ground, Switzerland (2010) depicts another snowy scene during a trip to Switzerland, documenting a fourteen day walk in the Glarnisch Massif. River Yangtze Stone Line, China (2010) records a trip to the River Yangtze in China in 2010, where Richard collected stones and shaped a line of stones near the water. Rivers hold a special place within Long’s iconography as an artist, from the walk she has made along sections of the Rio Grande in Mexico or the Murrumbidgee River in Australia, to the River Avon, his local waterway. The mud he gathers there or else from rivers such as the Hudson in New York, is used to create drips and gestures on walls, panels or paper. This work in China was also created at the same time as the renowned performance piece, A Thousand Stones Thrown into the River Yangtze.

On the neighbouring wall, Long will present Falling in a River Walk, Scotland (1998), a photograph illustrating a nine day walk in the West Highlands of Scotland. As with all of Long’s photographic works, the artist is embedded in the record, without being physically present in the picture. These works represent the crux of Long’s artistic output: a meditation on the power and endurance of the human body, and the romantic beauty of the natural landscape.