Richard Long: FROM A ROLLING STONE TO NOW 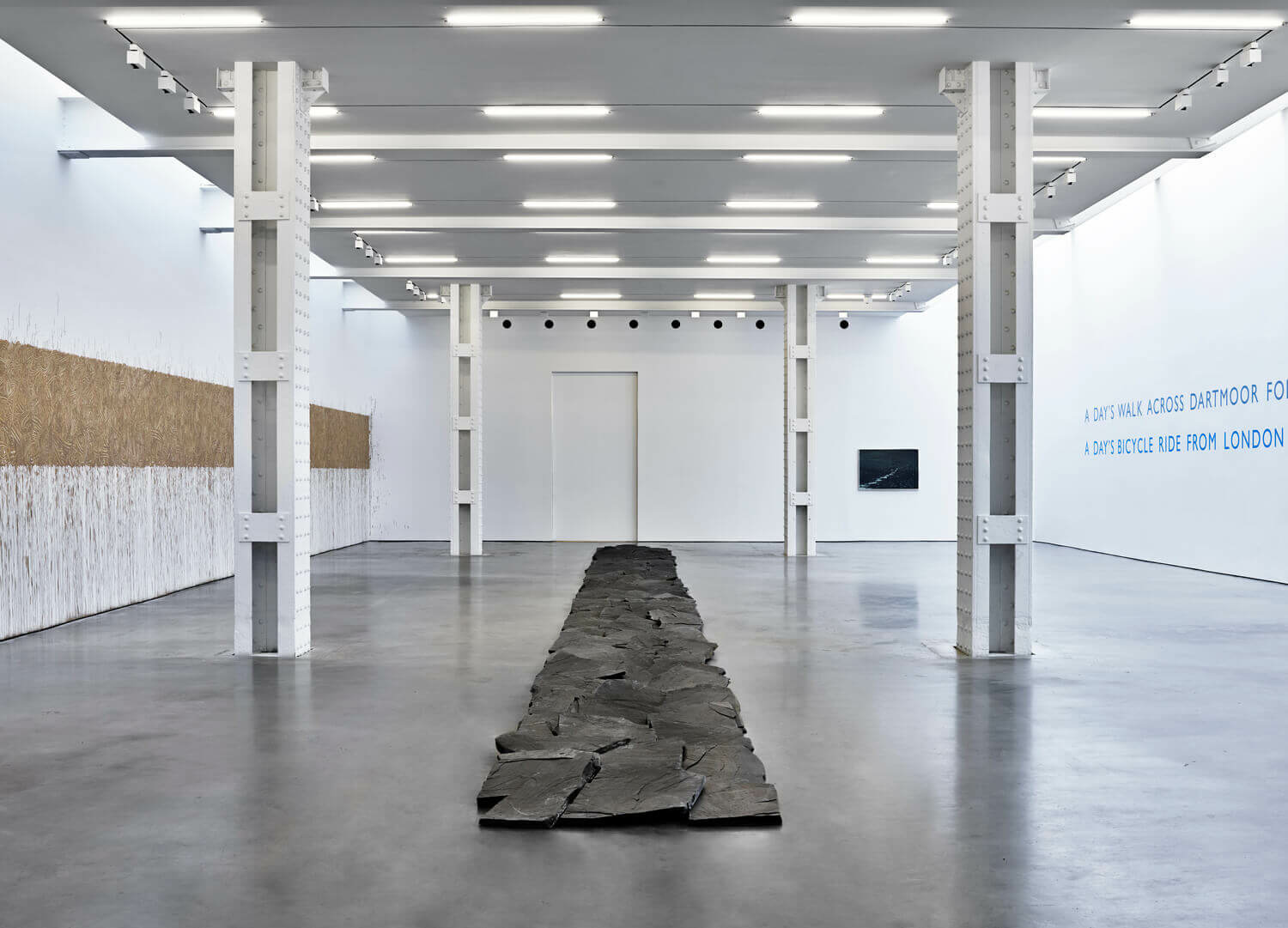 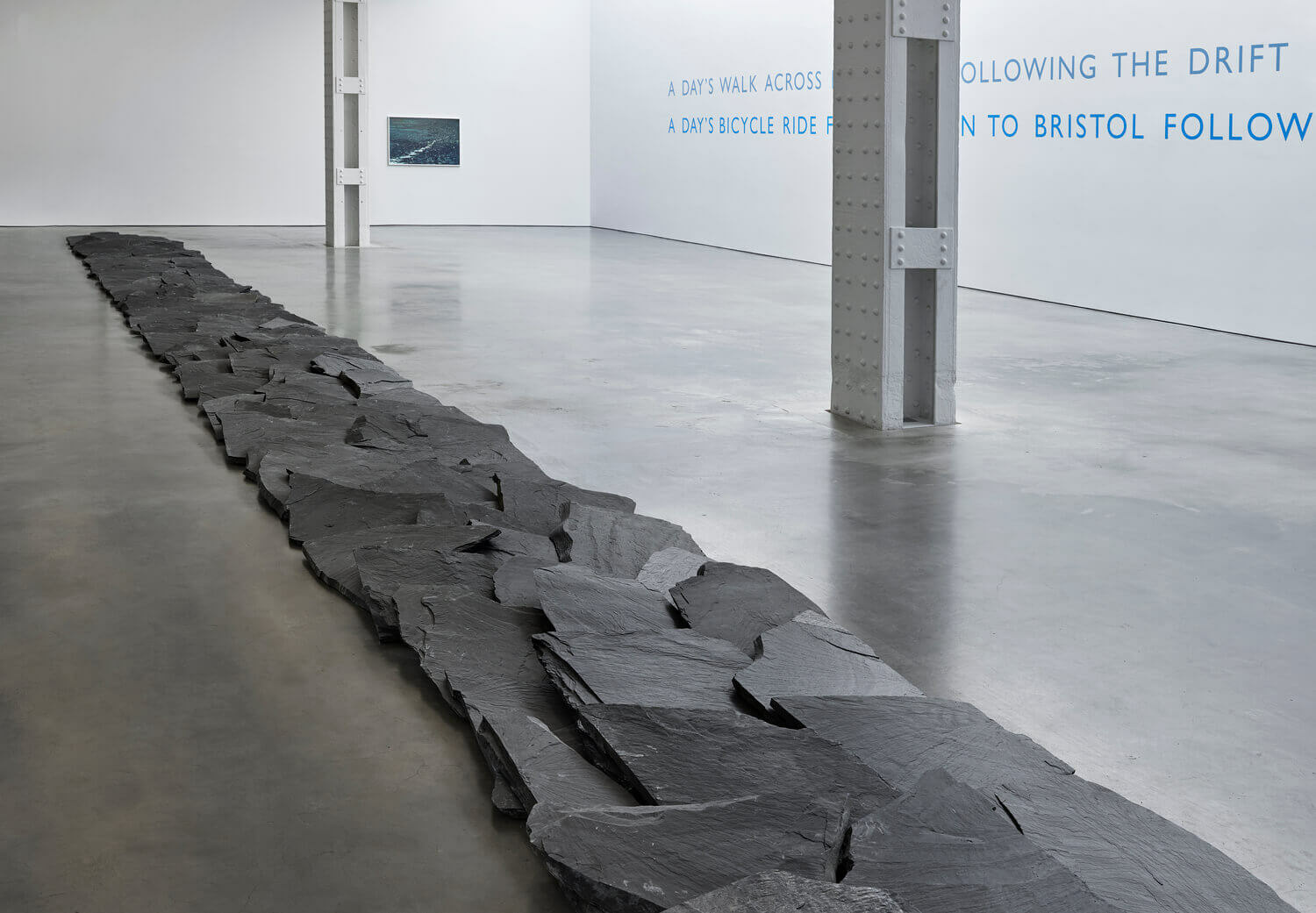 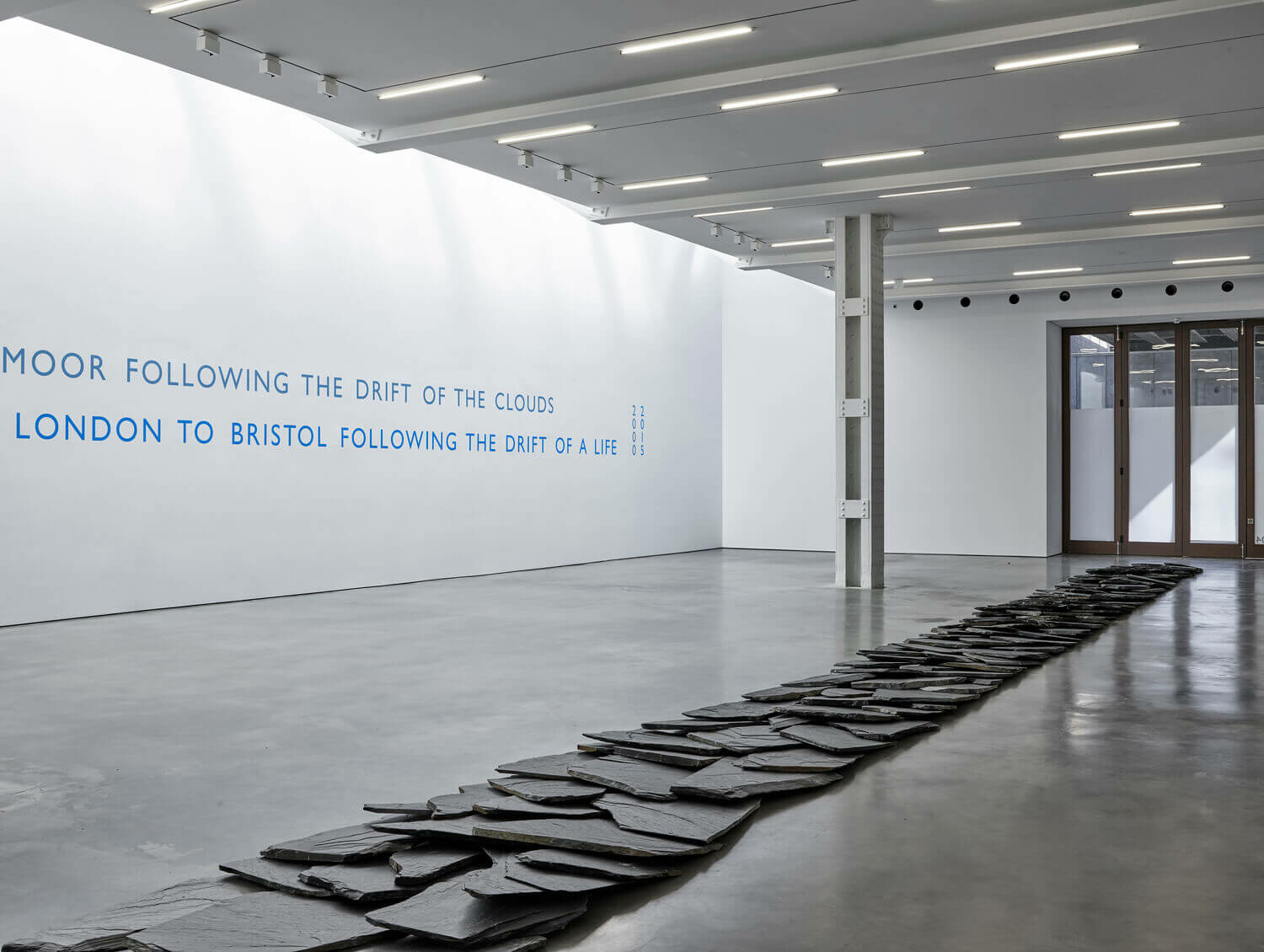 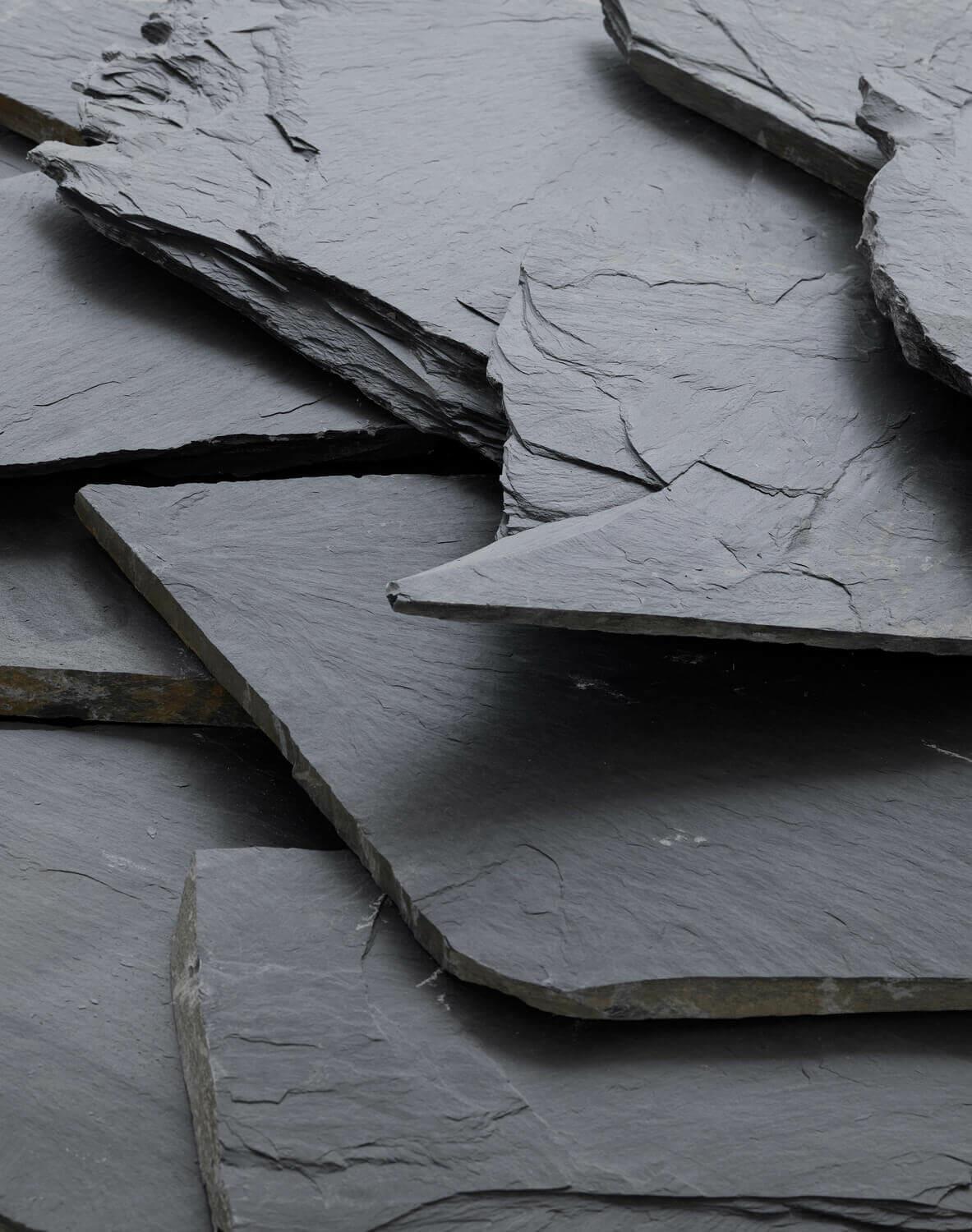 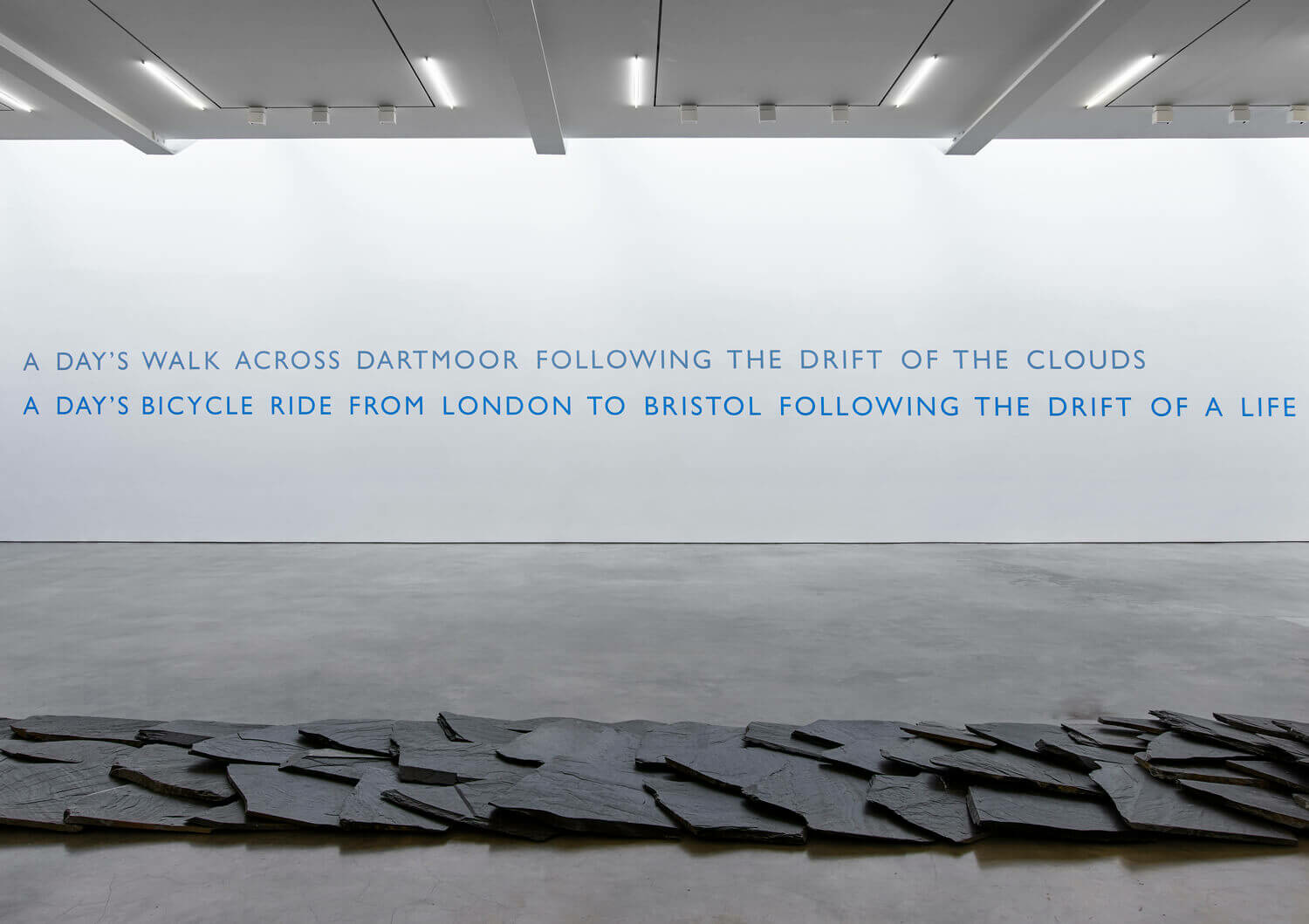 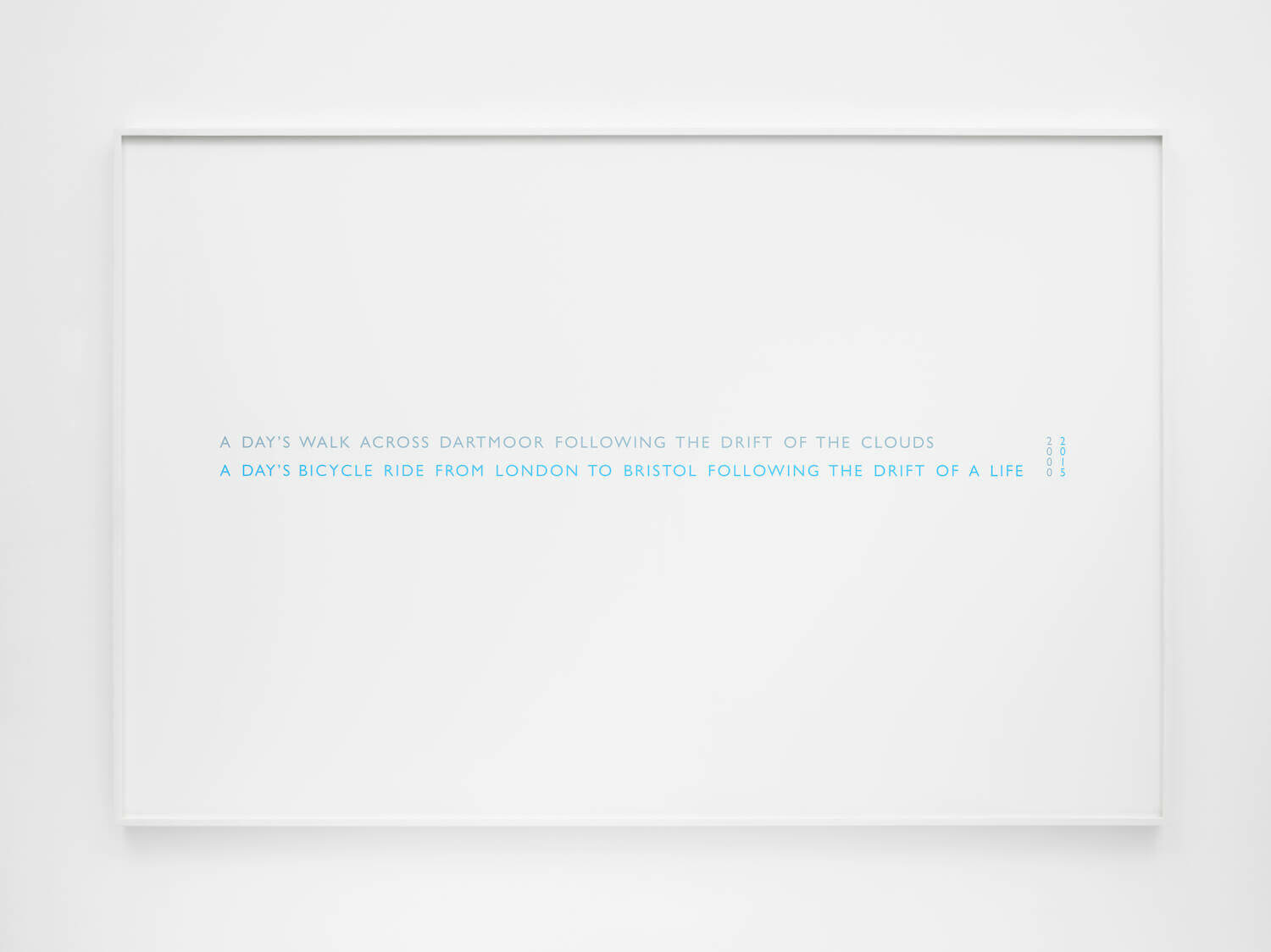 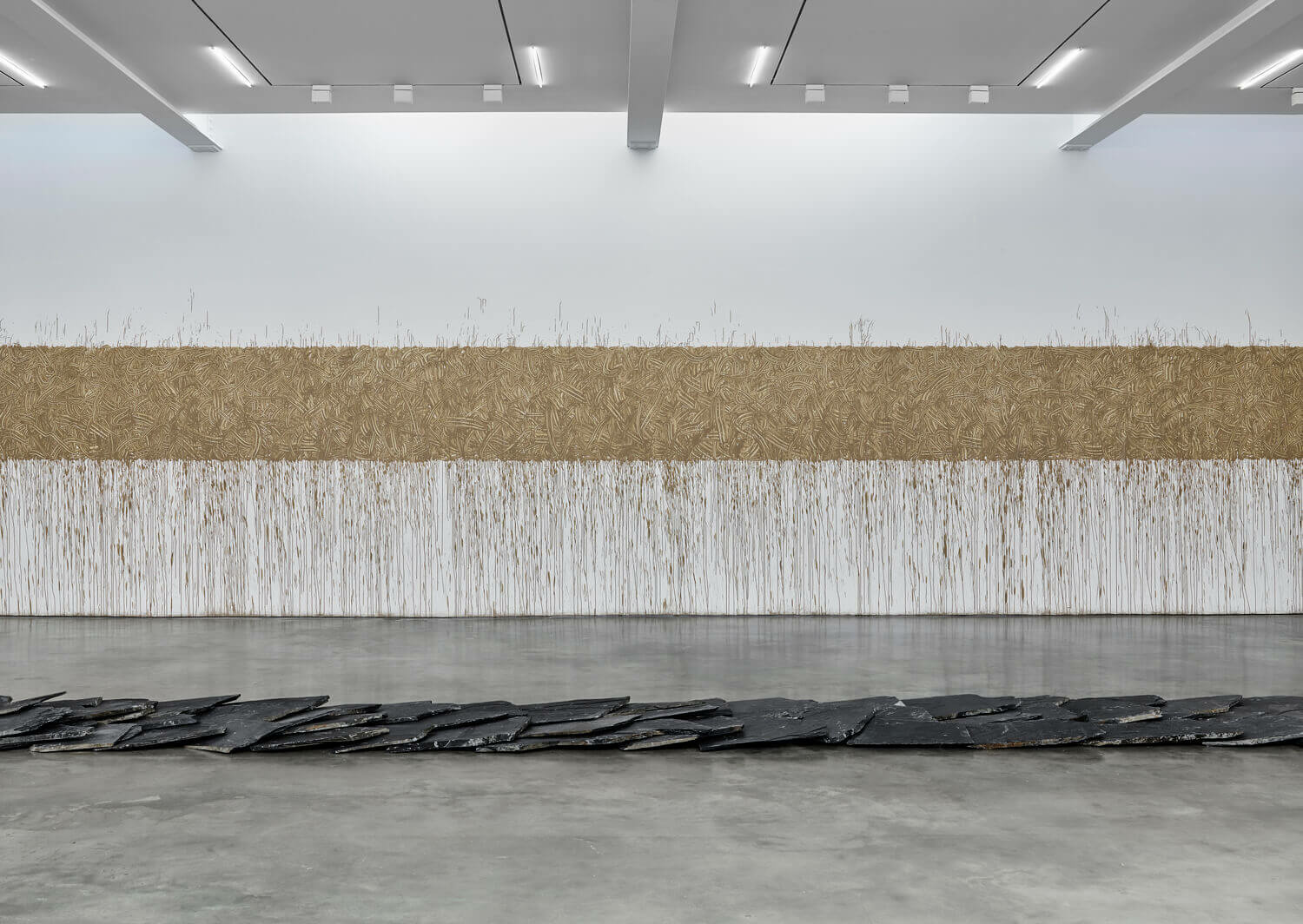 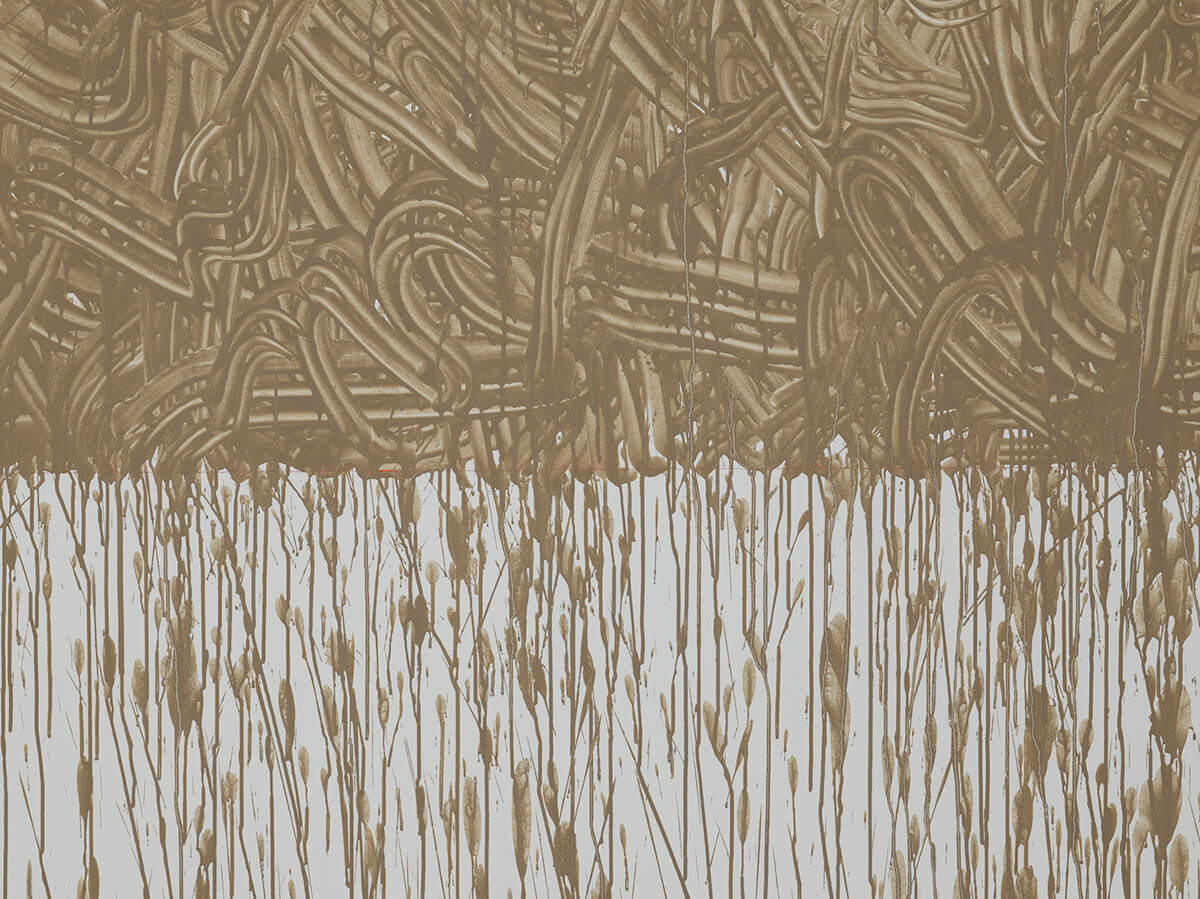 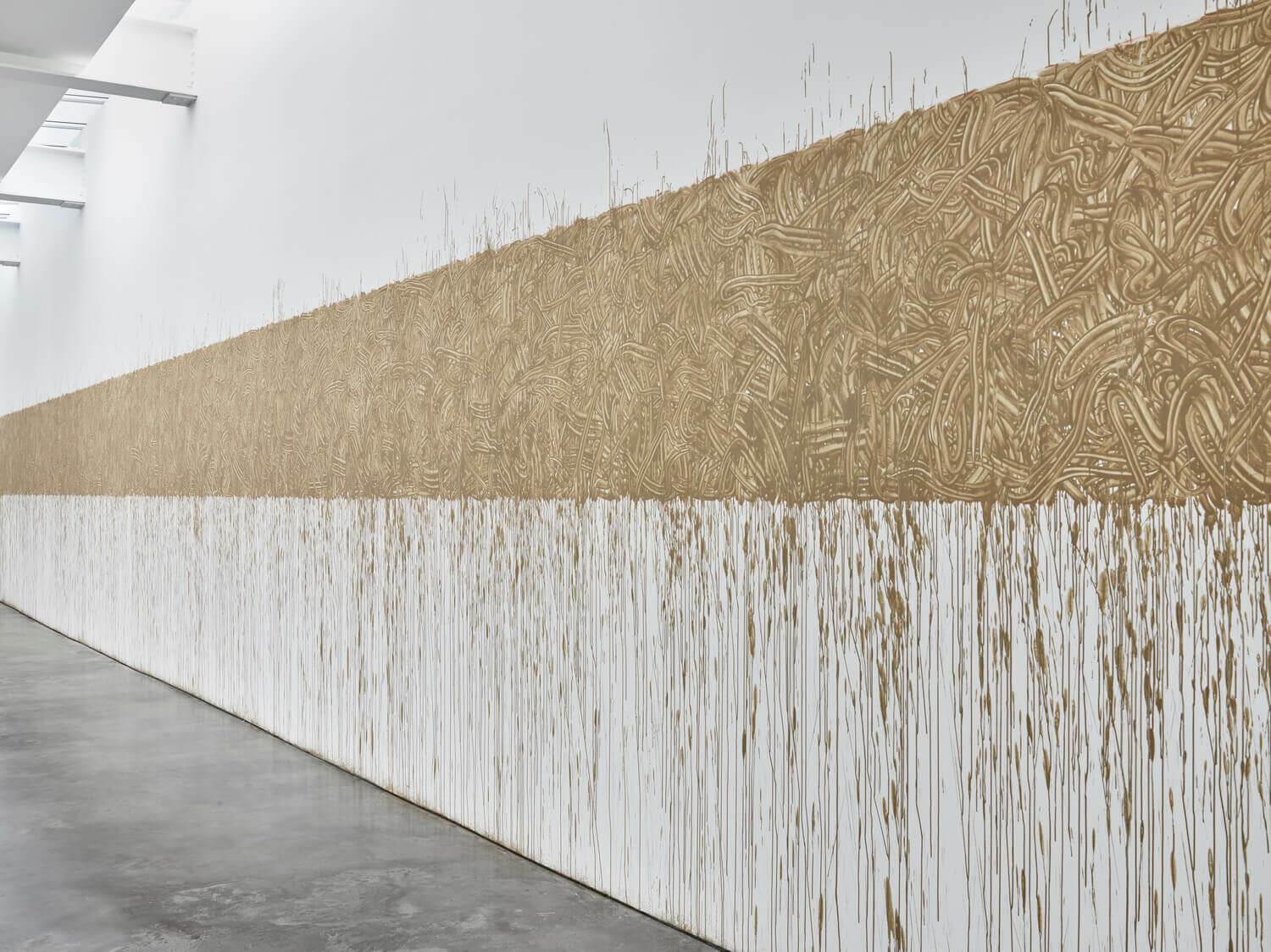 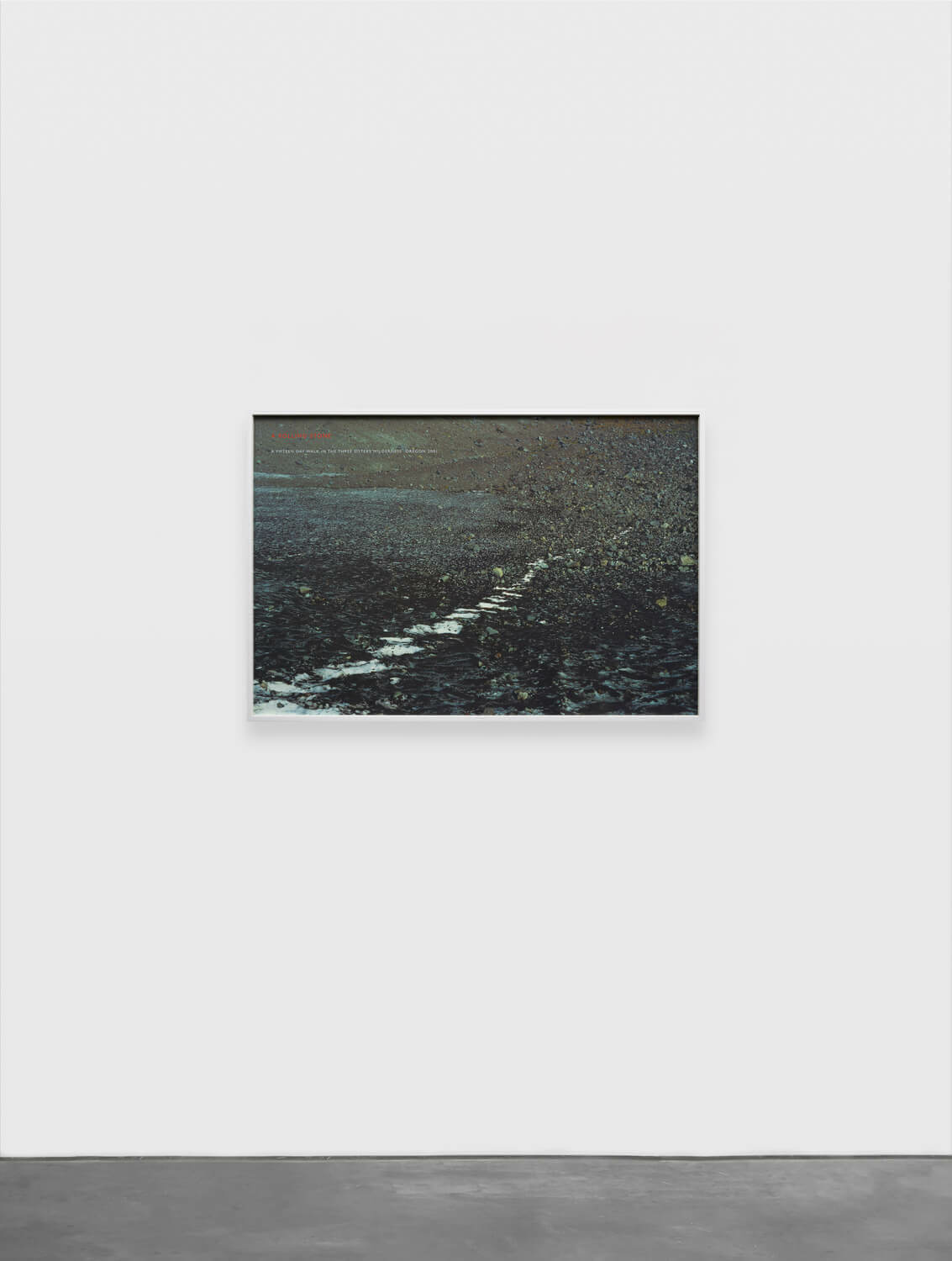 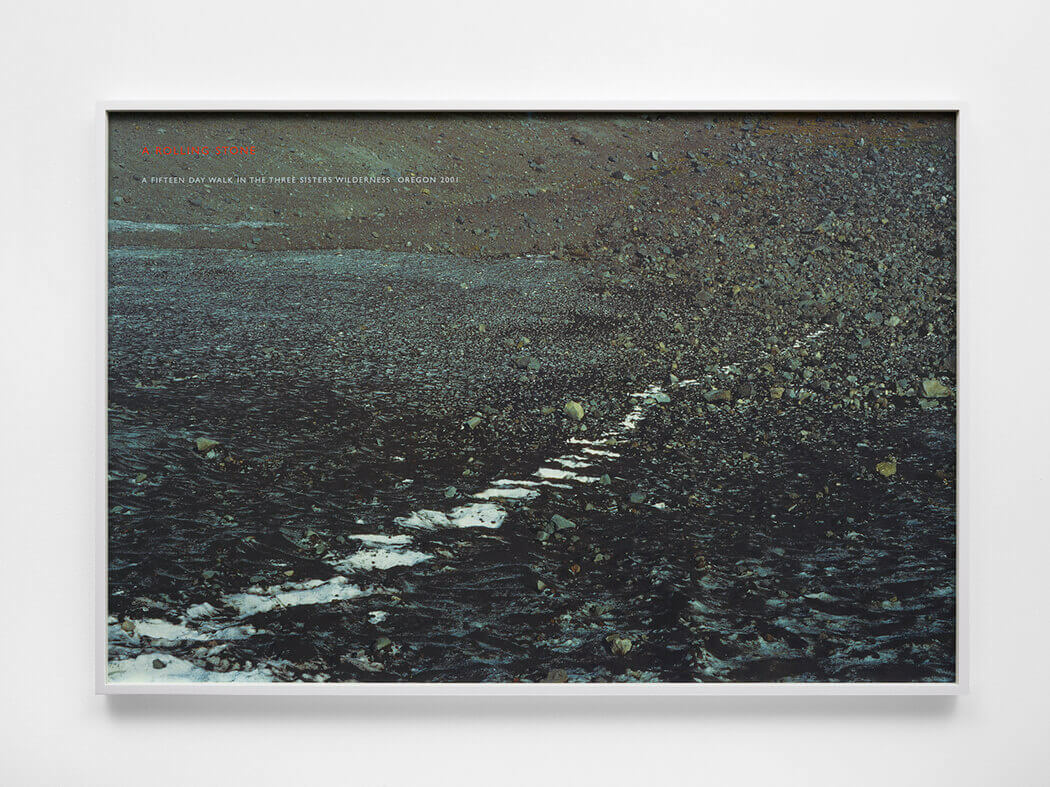 For his first exhibition at Lisson Gallery in New York, Richard Long presents a selection of works which illustrate the four key facets of his practice — sculpture, photography, text work and mud works — and their symbolic significance. Renowned for his travels and ability to transform a journey into a work of art, Long has been a seminal figure in conceptual art since the 1960s. This exhibition highlights the enduring themes of his work, including time and space, while referencing the importance of his roots in the West of England.

For Richard Long, each work begins with nature as its inspiration, and its source. Since 1967, he has traveled from the mountains to the deserts in regions as far as Mongolia and Antarctica, experiencing the local landscape and making sculpture amongst it. During these solitary explorations, where measurements of time and distance create powerful narratives, he records the experience through photographs, maps and text works. Because Long’s walks take place in isolation, without performance or audience, his photographs represent a freedom for his art to be made anywhere, in remote places, or in short duration. The photograph on view lends its title to the exhibition. A Rolling Stone (2001) depicts the bounce marks of a boulder rolled down a snow slope covered in volcanic ash, made during a fifteen day walk in the Three Sisters Wilderness area of Oregon.

Central to the exhibition and mapping the length of the gallery is a grey slate line, sourced from quarries in Virginia. For Long, the line signifies both a journey that joins two points, marks a beginning and an end, and as he often describes is “one of the easiest thing to make along a wilderness walk”. This geometric form of a line is thus symbolic, and also in the use of this raw matter, a material he often returns to in his work, there is an overt and direct relationship to the land. The imposing size is a reminder of nature’s power and strength, bringing an intense physicality to the white gallery space. Long has said, “My inside and outside sculptures are made in the same spirit. The urban and rural worlds are mutually dependent, and they have equal significance in my work.”

Even with all of his travels, Long returns to the material and the inspiration of his roots in the territory of the English countryside. He will make a new mud work in New York, using tidal mud from the banks of the River Avon in Bristol, applied directly to the gallery wall in bold, gestural strokes. The resulting image is made both by his fast-moving hand, and by the natural forces of gravity acting by chance with the watery mud. A large text work on the wall (2005/2015) documents making two journeys, fifteen years apart: one crosses his local prototype moorland landscape and the other a day’s bicycle ride of 120 miles between London and Bristol, recording memories of when he made the ride occasionally as an art student.

An exhibition of all new work is on view at Luis Barragán’s iconic modernist landmark, Cuadra San Cristóbal, in Mexico City through March 7, 2020. Using local materials, sourced from quarries within the valley of Mexico City and Puebla, Long has made four large-scale sculptures to celebrate Barragán and the local architecture.

FROM A ROLLING STONE TO NOW is on view concurrently with the exhibition, RICHARD LONG: MUDDY HEAVEN, at Sperone Westwater in New York.

At present, Lisson Gallery is closed to the public due to the ongoing spread of COVID-19.