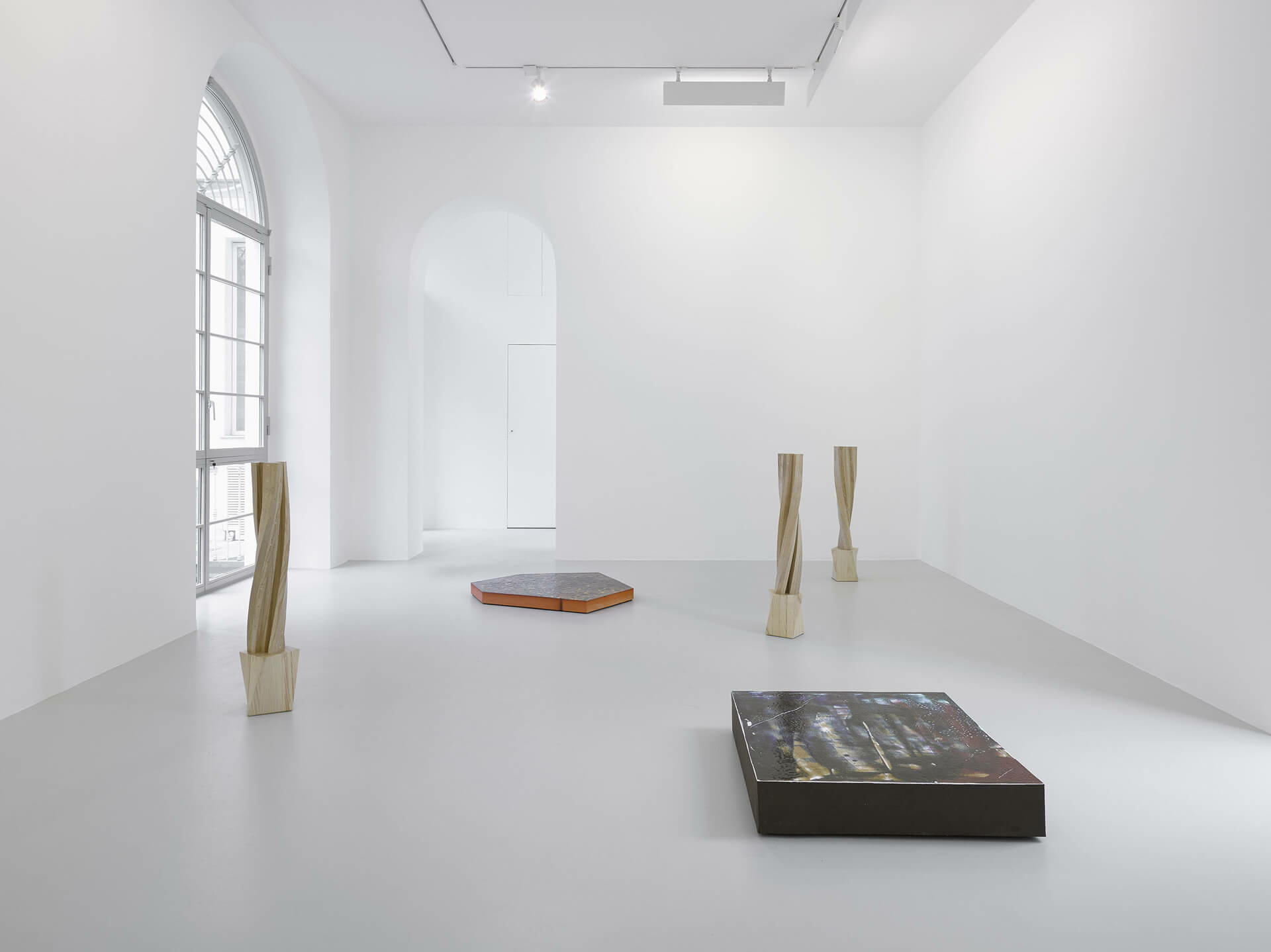 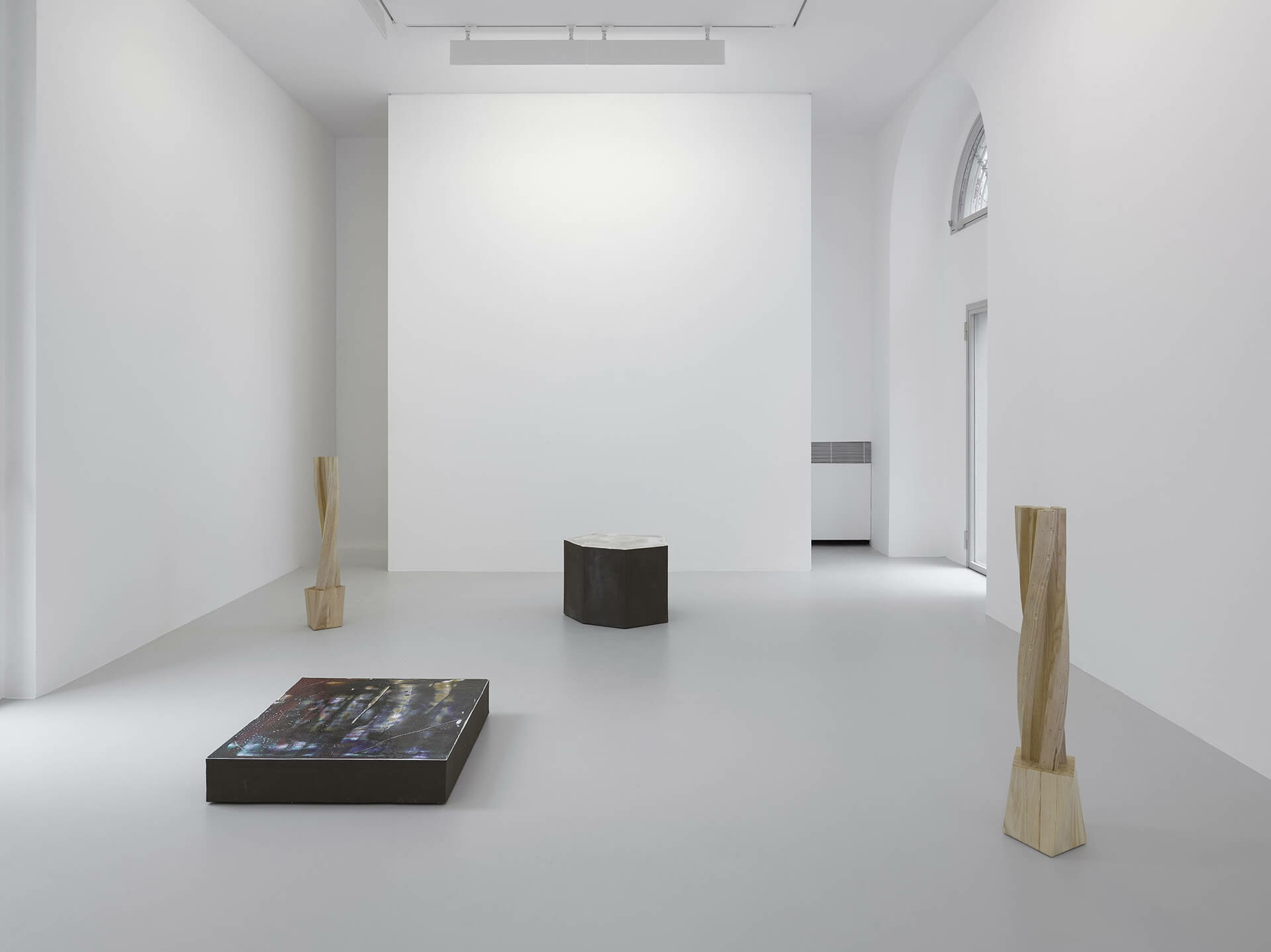 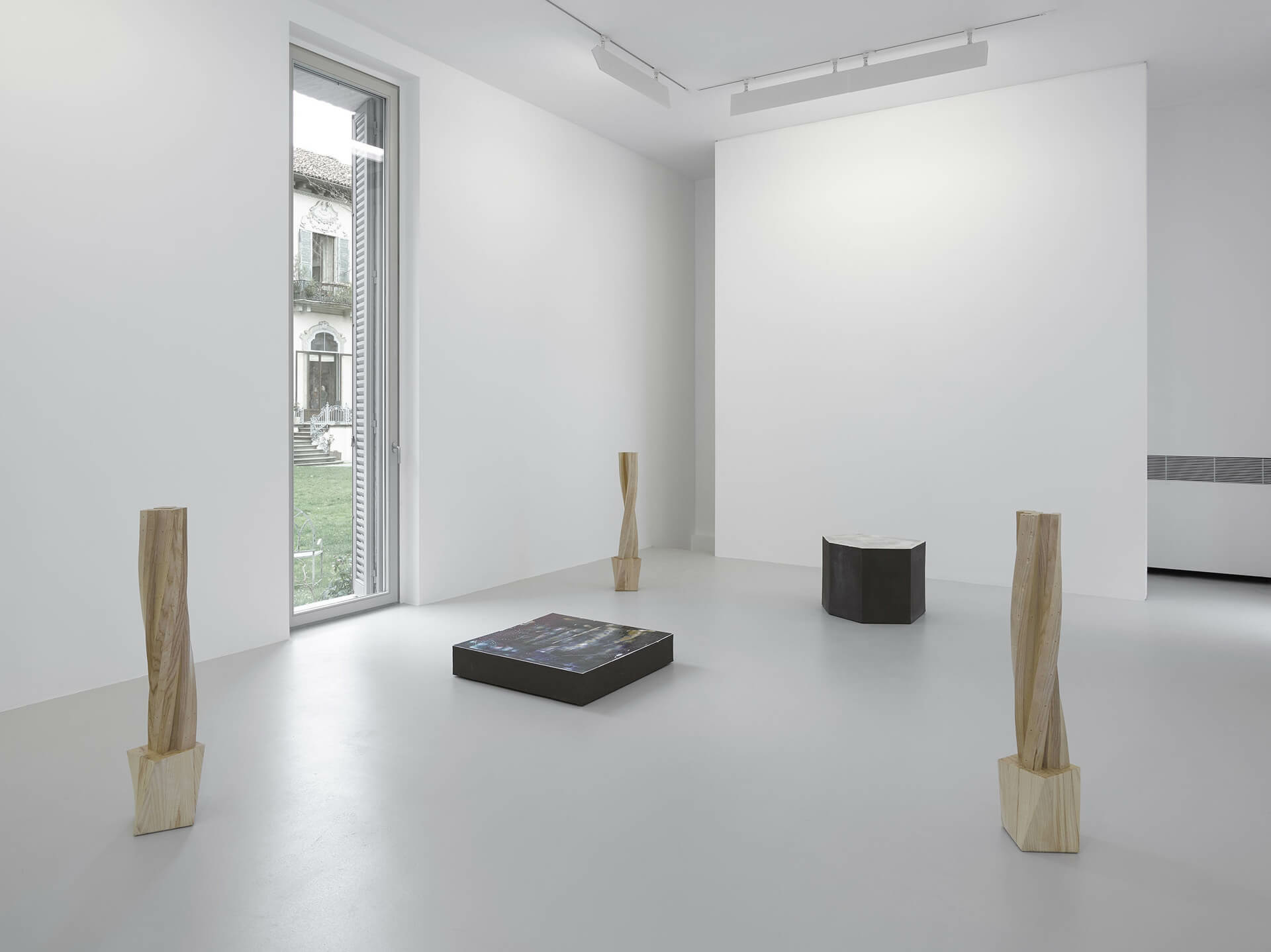 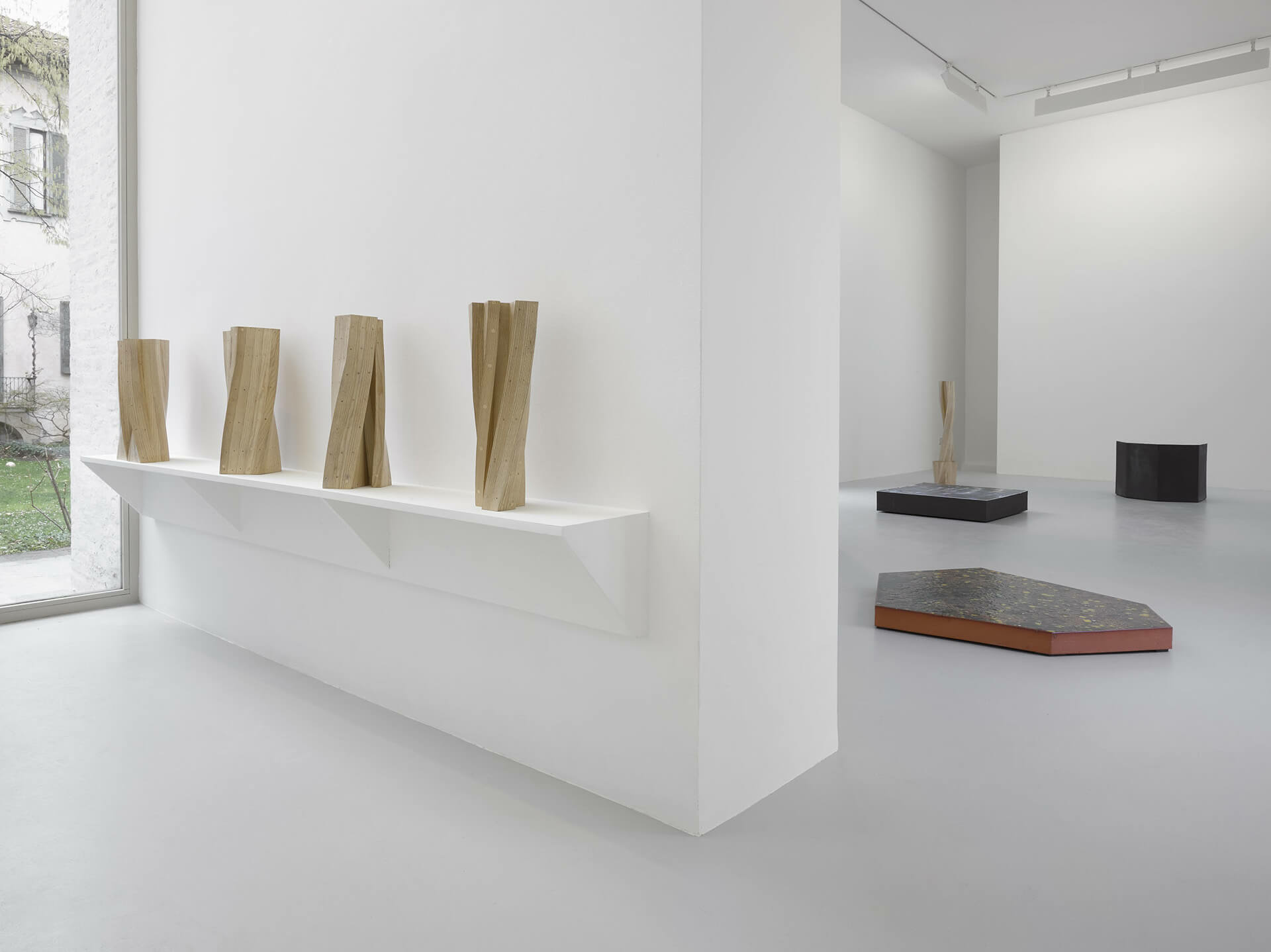 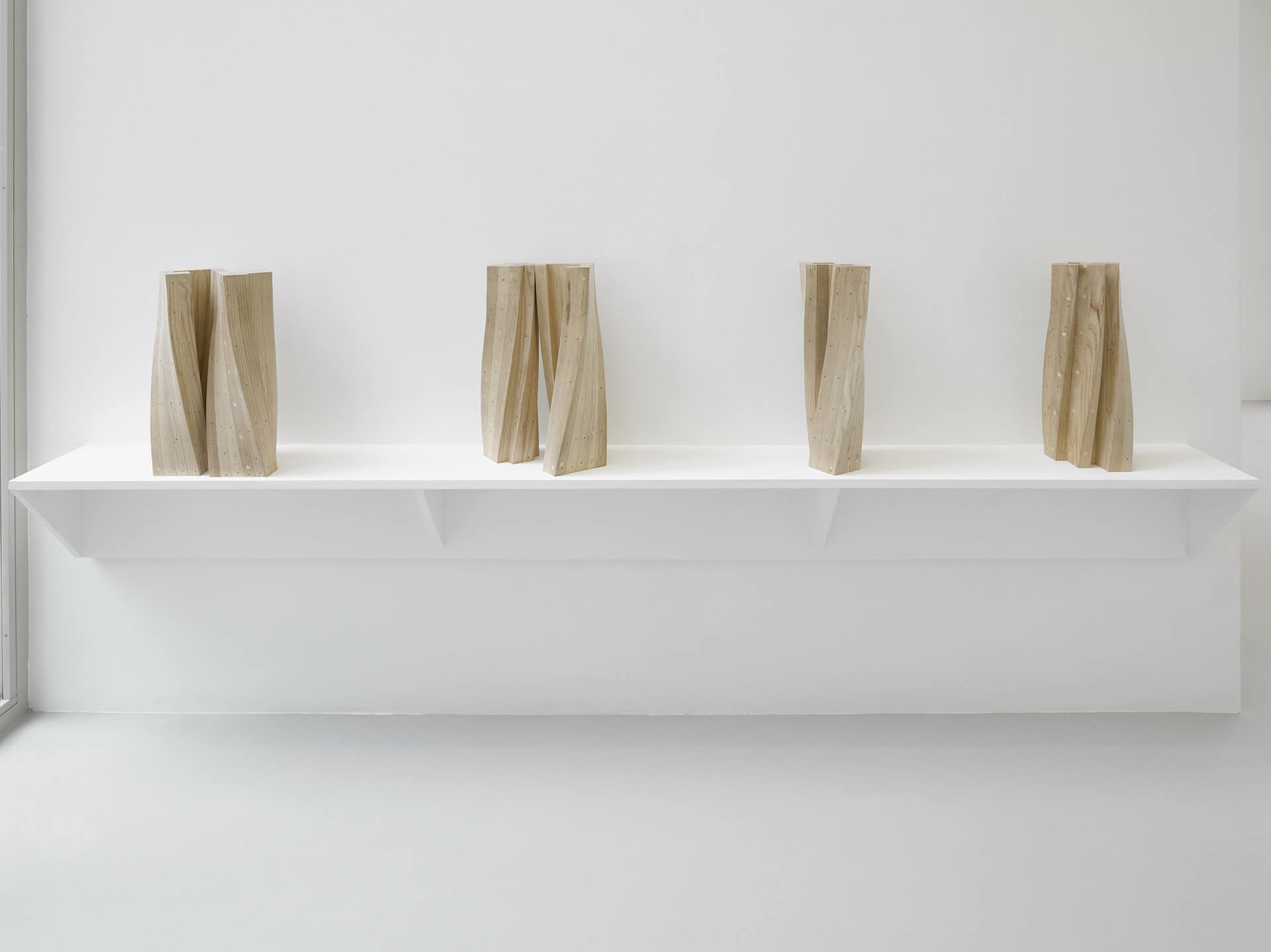 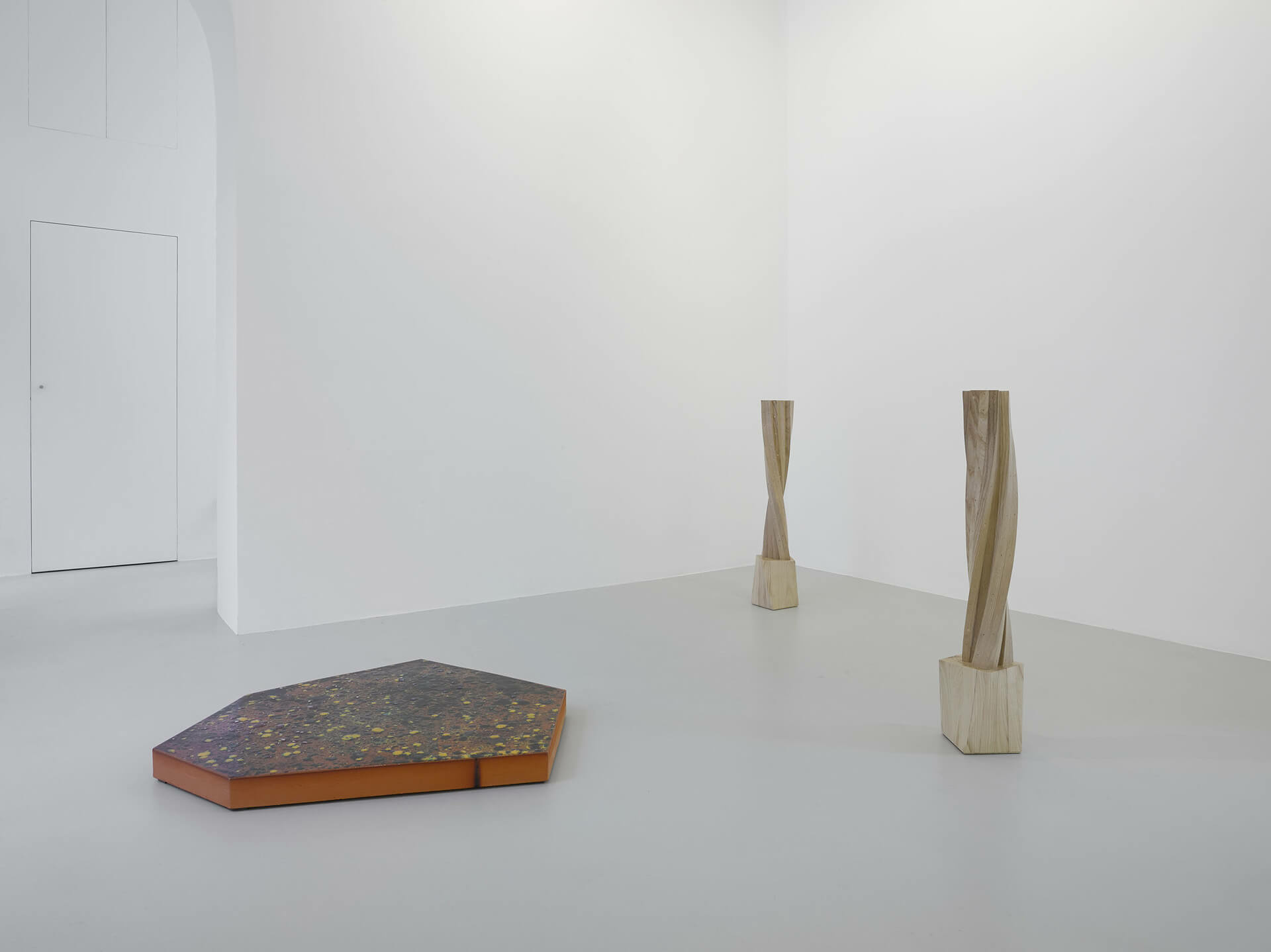 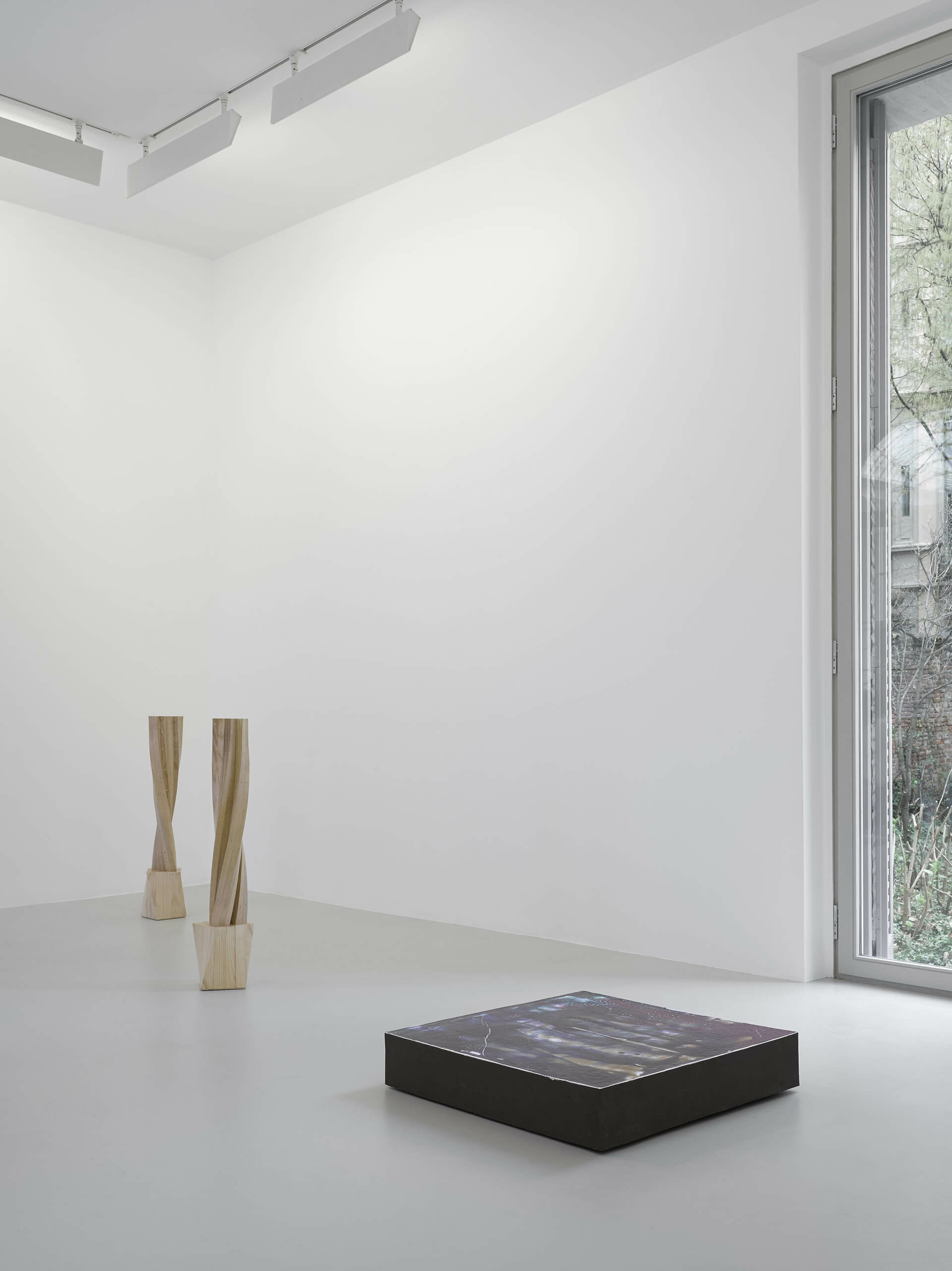 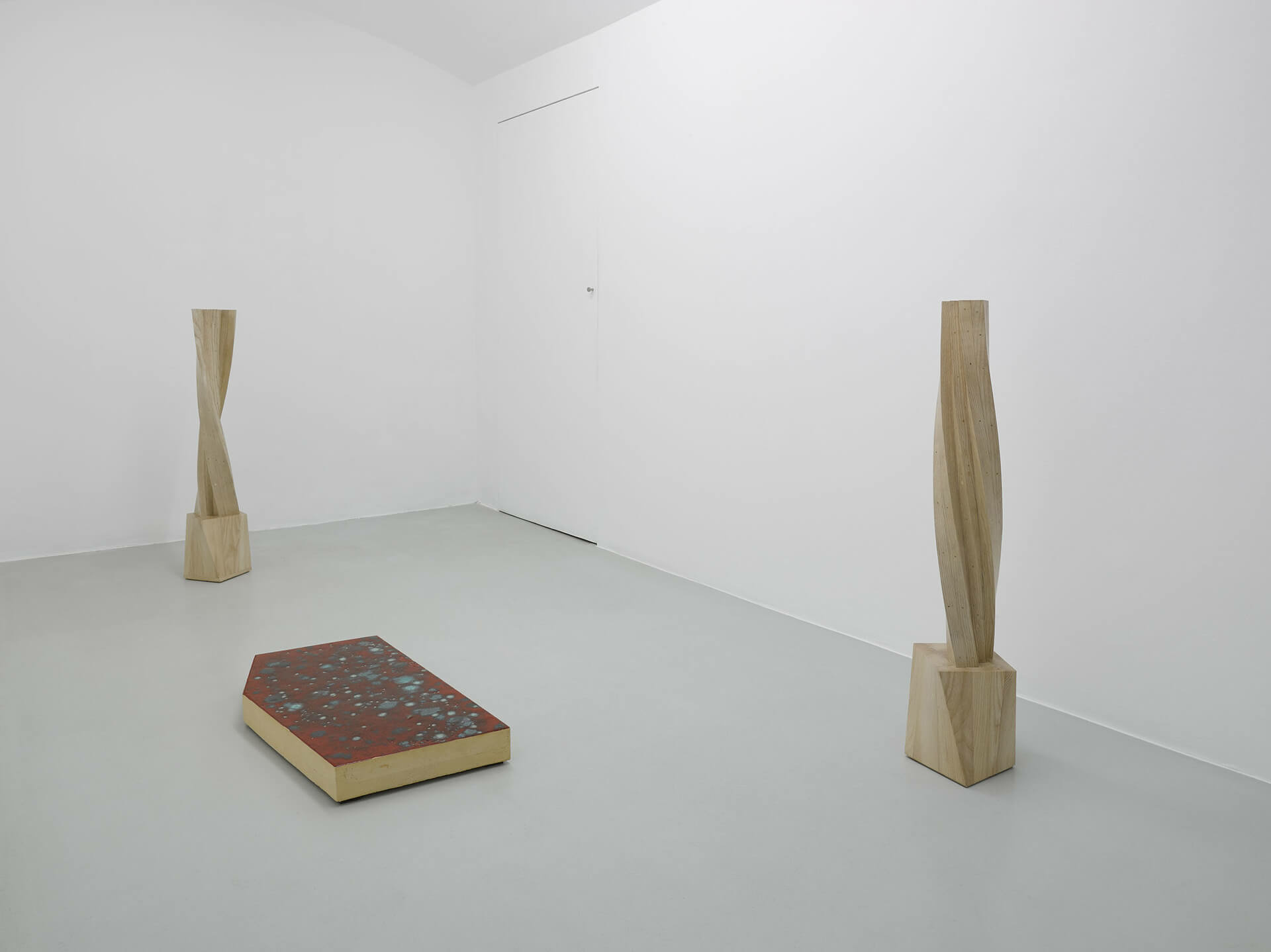 “Changing materials from one work to the next is a way of beginning again each time (and thus of finishing what had gone before)”. Richard Deacon, The Size of It, 2008.

Deacon has been at the helm of British sculpture for almost four decades, in this time moving voraciously between an extraordinary diversity of media – wood, stainless steel, corrugated iron, polycarbonate, marble, clay, vinyl, foam and leather. His sculptures call attention to their making and invite a bodily response from the viewer, while their vernacular titles create a tension between the visual and the poetic.

Ceramics have been an important area of Deacon’s practice since the mid-90s. He uses clay to form sculptures that are variously organic or geometric, monolithic or assembled out of numerous components – all of which push the material to its limit. The ceramics in ‘Flat Earth’ represent a new departure. Each work presents a flat surface of clay, a horizontal support that bears exquisite glazes. In a letter to a friend, Deacon wrote that the works were an “accidental result of trying to make some bases and then thinking that they looked stupid with sculpture on top. I was left with this interesting, flat surface to deal with – one of the first fired badly, so we ground it down, suddenly becoming like a terrazzo floor, and I had an ‘aha moment’. Some of the colour was applied as paint, the rest as powder.”

The mineral-rich colours are unpredictable in nature and evoke shifting topographies, constellations and biological formations. “Clouds, swirls of water, shapes in the fire, strains, vomit, pebbles, smoke and various random devices”, Deacon states, “that have all been both instruments and agents to artists” (In Praise Of Television, 1998. Association des Amis du Musée Départemental de Rochechouart). The works’ abstract compositions relate to painting, yet their three-dimensional forms are read, map-like, from above and resemble aerial views of the earth, with their irregular shapes suggestive of a cluster of islands.

Accompanying the ceramics are new wooden works, their sinewy forms the result of an intricate process whereby the wood, a bundle of twenty-five wooden sticks, is first steamed and twisted, then elements of the bundle are selectively removed and the remainder fixed together. The resulting series of twisting profiles are satisfyingly simple and complex.