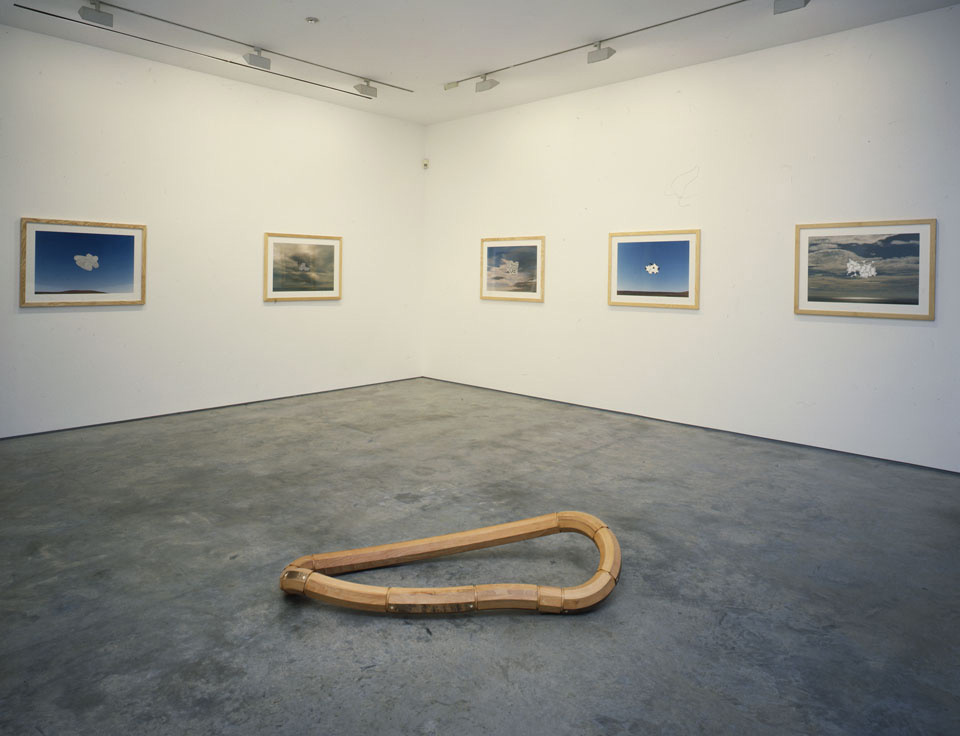 Richard Deacon is acknowledged as one of the primary British sculptors who has exhibited internationally since the early 1980s. His recent exhibition ‘New World Order’ at Tate Gallery, Liverpool received great critical acclaim. The Lisson Gallery is proud to announce the forthcoming exhibition which will be Deacons 5th show at Lisson Gallery.

Deacon’s preoccupation with methods of construction and use of materials is one of continual development. This can be seen in the large scale sculpture When the Land Masses First Appeared, 1986-98, a work first realised in 1986 and subsequently reworked and completed last year. This work provides a bridge between older and newer work in this exhibition. His abiding interests in the physical and material multiplicity of means continues, but is today less overtly descriptive. Space is not contained by form, rather form is composed and shaped by the internal dynamics of space. Structure is therefore more to do with how to feel or imagine the world of the object. One sees both the mass of the whole and its more fluid constituent parts when encountering these intelligent and thoughtful sculptures. With his recent collages of photographs and ink on paper drawings (titled after the location of the photographs) images of sky and cloud formations create dynamic and resonant frames to the inserted

drawings suggesting a multiplicity of imaginative possibilities. Here there is an interesting correlation with the new series of stainless steel objects, entitled (infinity), 1999. These puckered organic shapes are mounted flat to the wall, like low reliefs. They consist of eight individual pieces made of different combinations of three basic units. The simplicity of their form and underlying precision of structure is articulated in contrast to the shifting complexity of surfaces. The exhibition includes two new works from another series entitled Table F, Table G, 1999. Deacon makes us aware of interior and exterior space, form and surface. 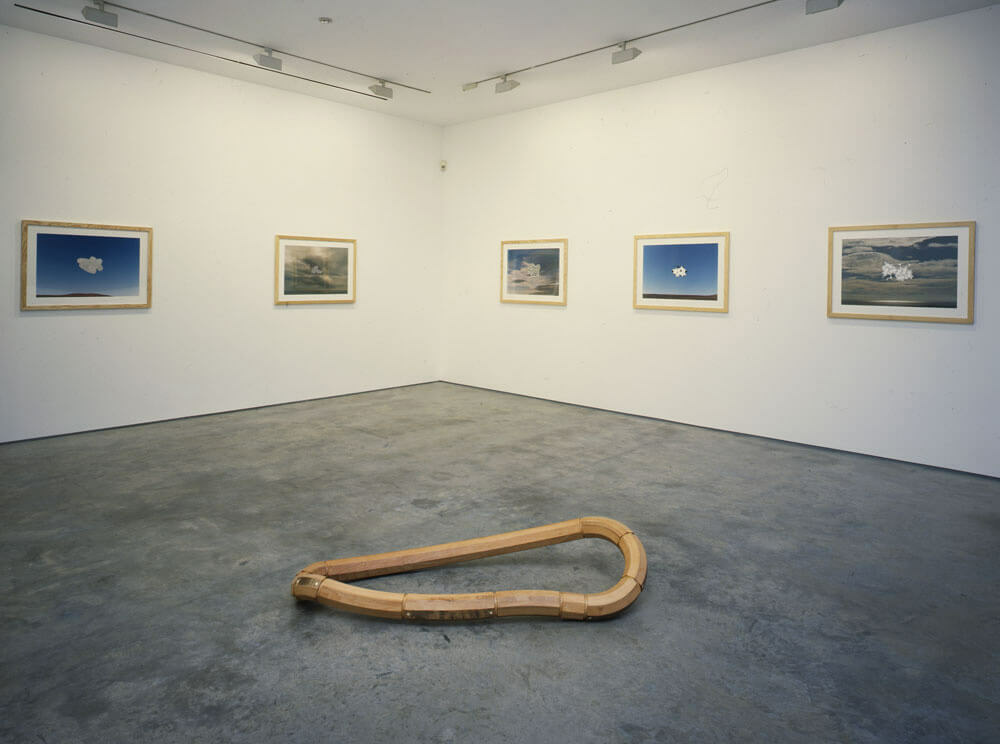 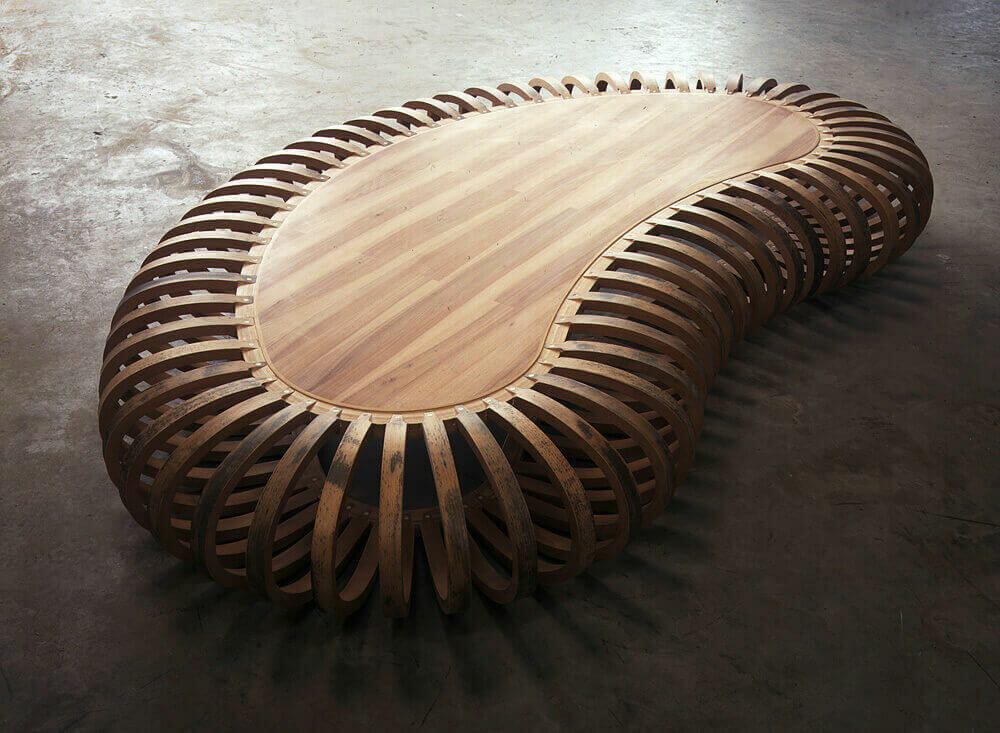 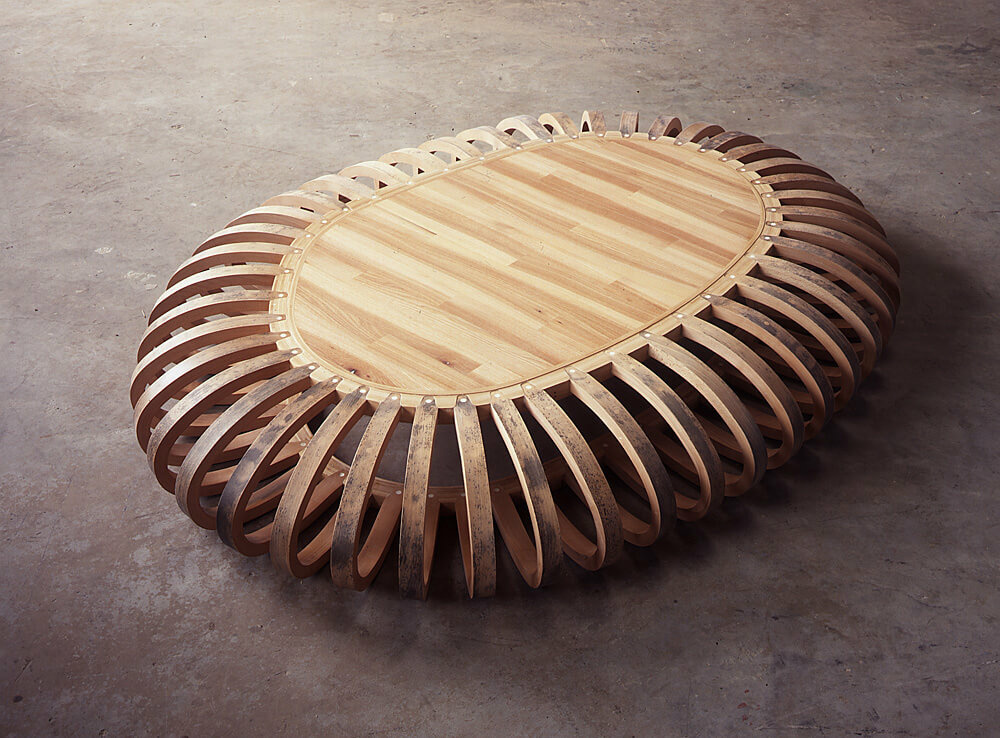 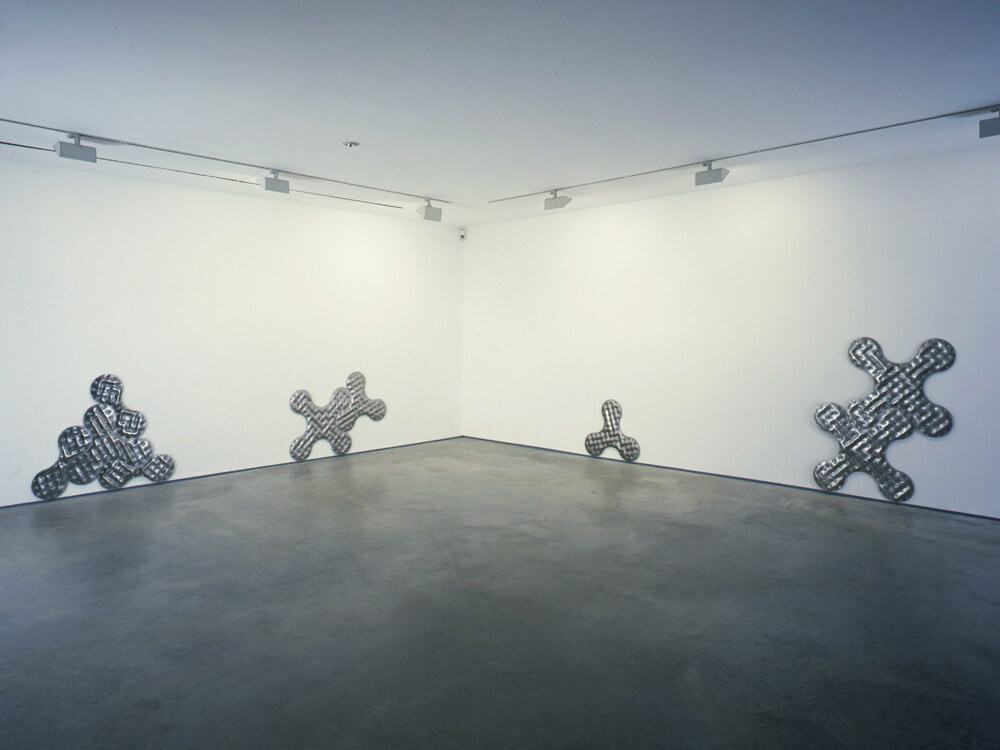 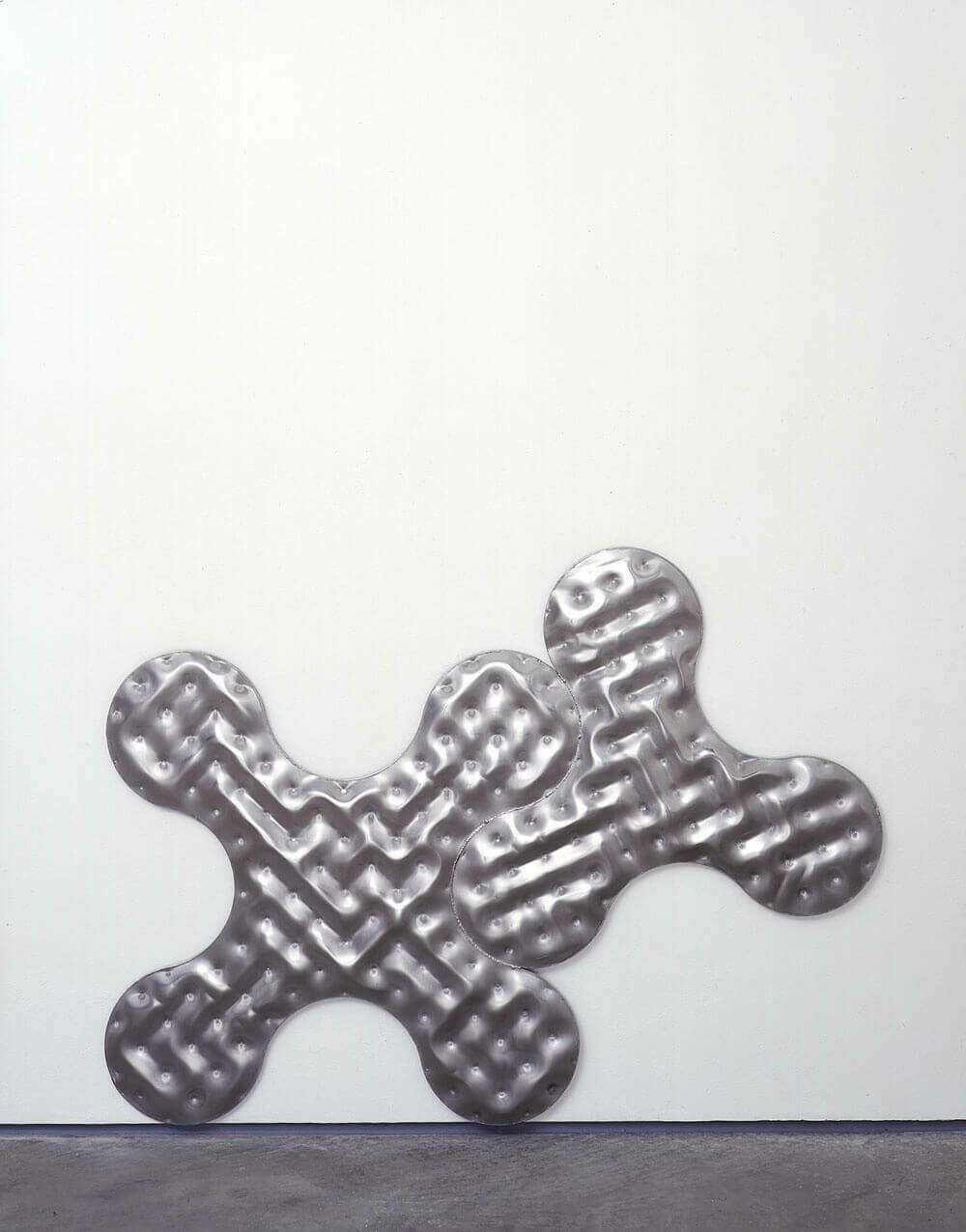