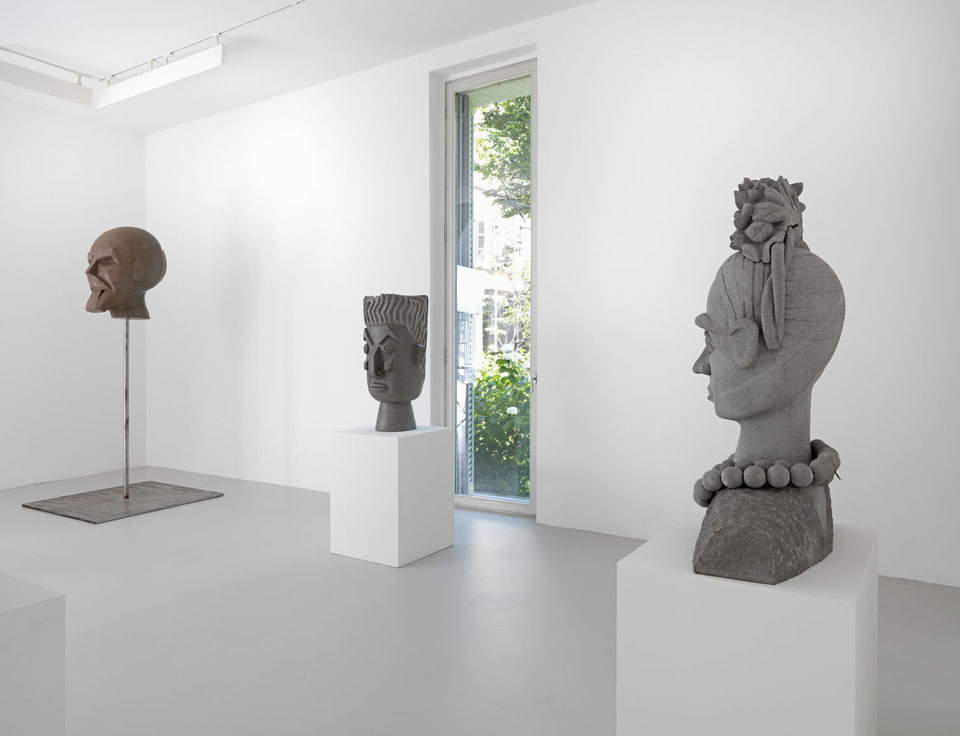 A colloquium, meaning a discussion or a conference, is being convened at Lisson Gallery in Milan, between five distinguished speakers from the early modern period of radical thought and revolutionary politics. Stone portrait busts, or Statues, of Karl Marx, Leon Trotsky, Vladimir Lenin, Frida Kahlo and David Alfaro Siqueiros are arranged within the space as if deep in conversation at a salon or tertulia, as it is known in Spanish. While this grouping never met together in one room (although Trotsky’s final years in Mexico provide a starting point), they are linked by their shared Communist ideology, derived from Marxism and passed around a burgeoning international network of like-minded artists, philosophers and intellectuals in the first half of the twentieth century. Pedro Reyes specialises in creating such hypothetical situations and possibilities for parallel histories, through theatrical, experiential or, in this case, sculptural means.

Outside, in the courtyard, is a multi-partite, marble installation entitled Colloquium (Ironism), a work that consists of interlocking forms in dialogue with one another, although their shapes – each a blank cartoon speech bubble of one variety or another – suggests that any communication between them exists without or beyond words. Reyes has long organised ad-hoc, mobile seminars – notably for his touring clinic Sanatorium (2011–13), which invited participants to undergo unexpected therapies based on sources ranging from psychodrama and hypnosis to shamanism and anger management, as well as for The People’s United Nations (2013), which saw an alternative gathering of delegates of immigrant New Yorkers from every member or observer state represented in the real UN.

For his second solo exhibition with Lisson Gallery, Reyes’s ongoing concerns with social or moral cohesion have been ossified into the static forms of sculpture, as if halted or frozen in the acts of exchange and discussion. The five historical figureheads, each carved from volcanic stone, recall the angular forms of famous artists such as Amedeo Modigliani, Constantin Brancusi or Umberto Boccioni, while the marble Colloquium is indebted to the interlocking sculpture and assemblage of Isamu Noguchi, influences that Reyes employs to position his characters and ideas within the heady milieu of Western Modernism. Reyes is also interested in how these ideas might still permeate contemporary thinking, as not only is each stylised bust titled individually – including, for instance The Head of Karl Marx (2014) – but they relate to another series of quasi-pedagogical puppetry films produced since 2008 under the banner of Baby Marx, which are being gathered together for ‘The Permanent Revolution – An Ideological Screwball Comedy’, concurrently on show at the Museo Jumex in Mexico, (15 May–15 June). 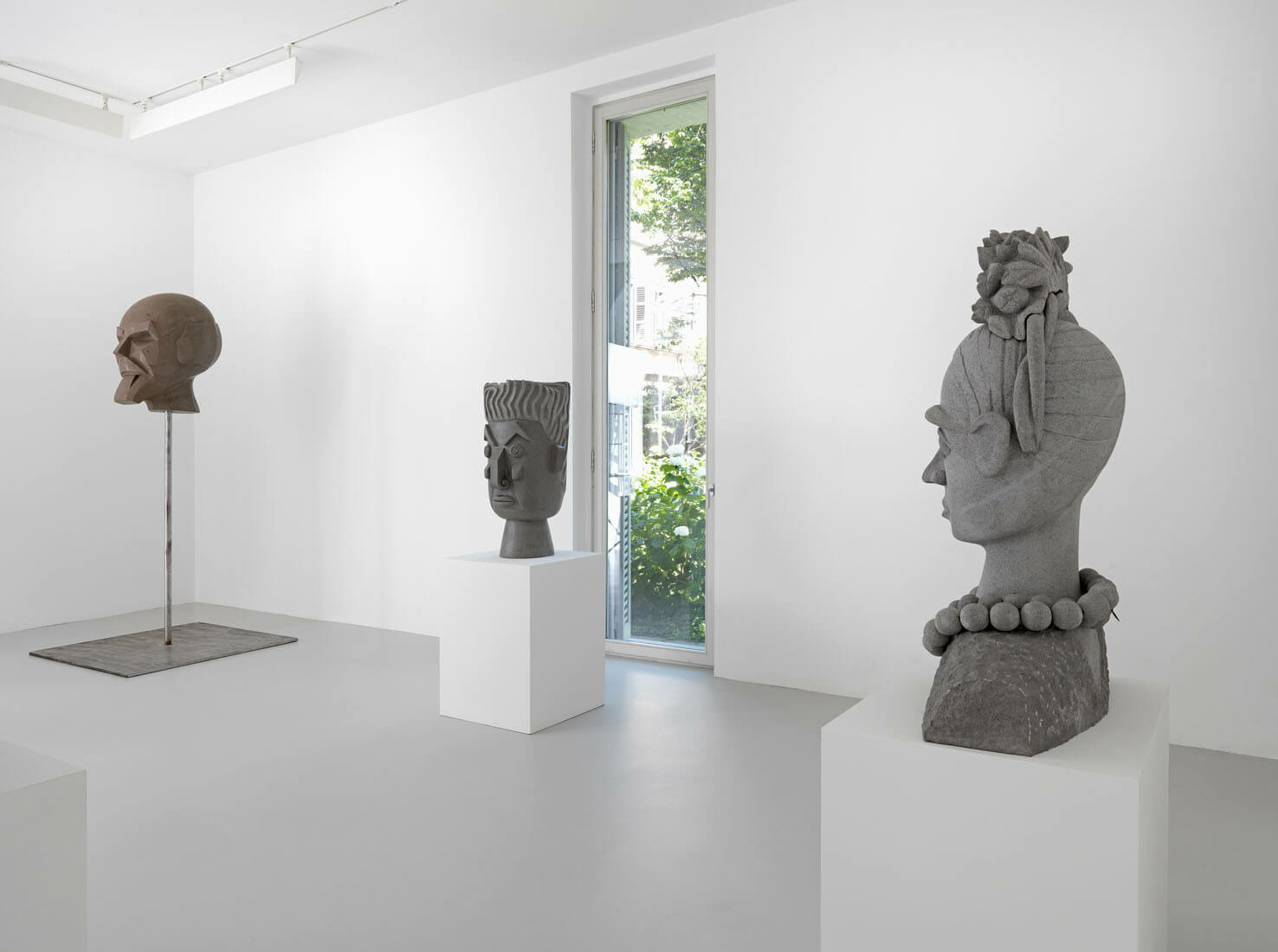 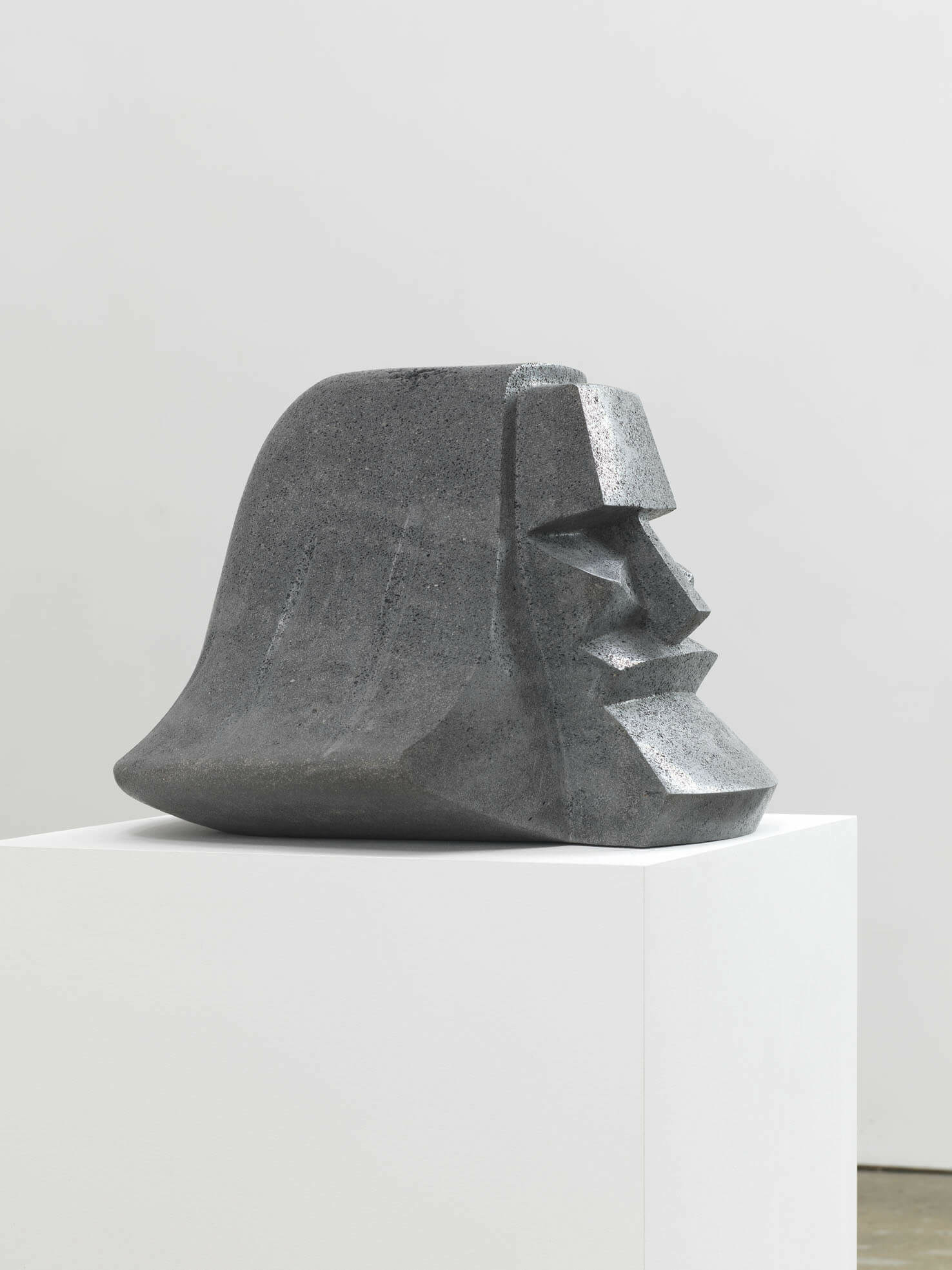 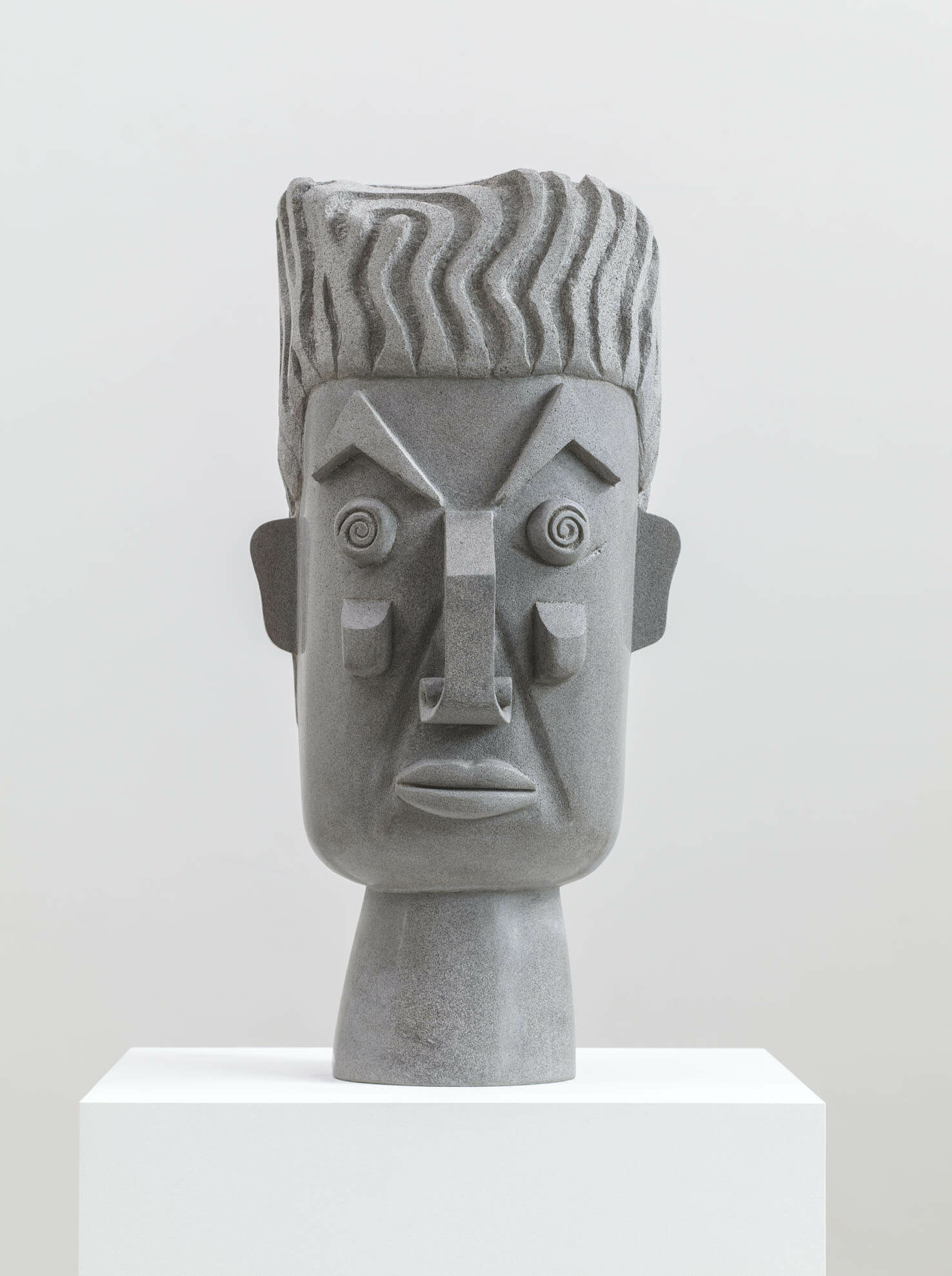 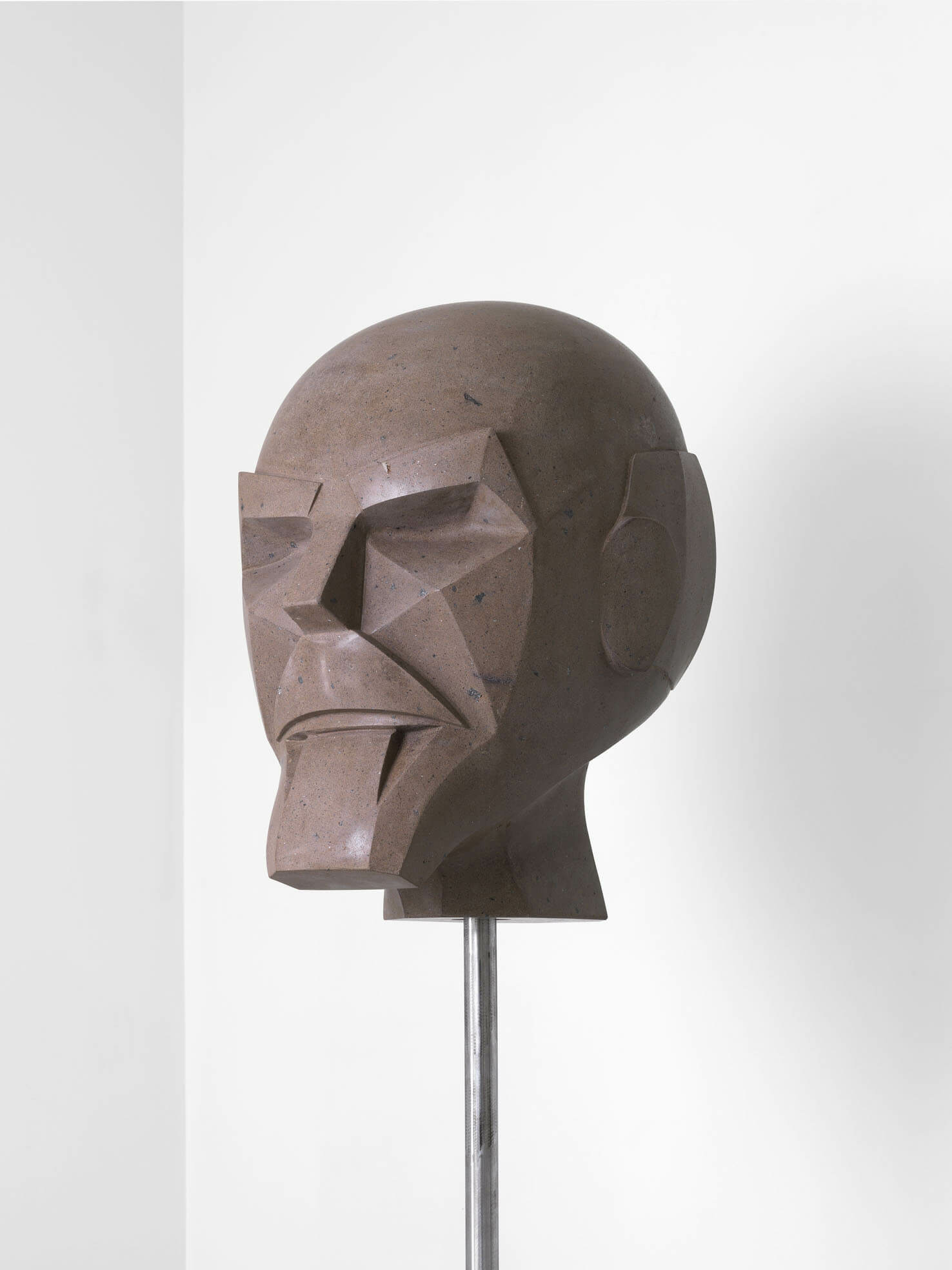 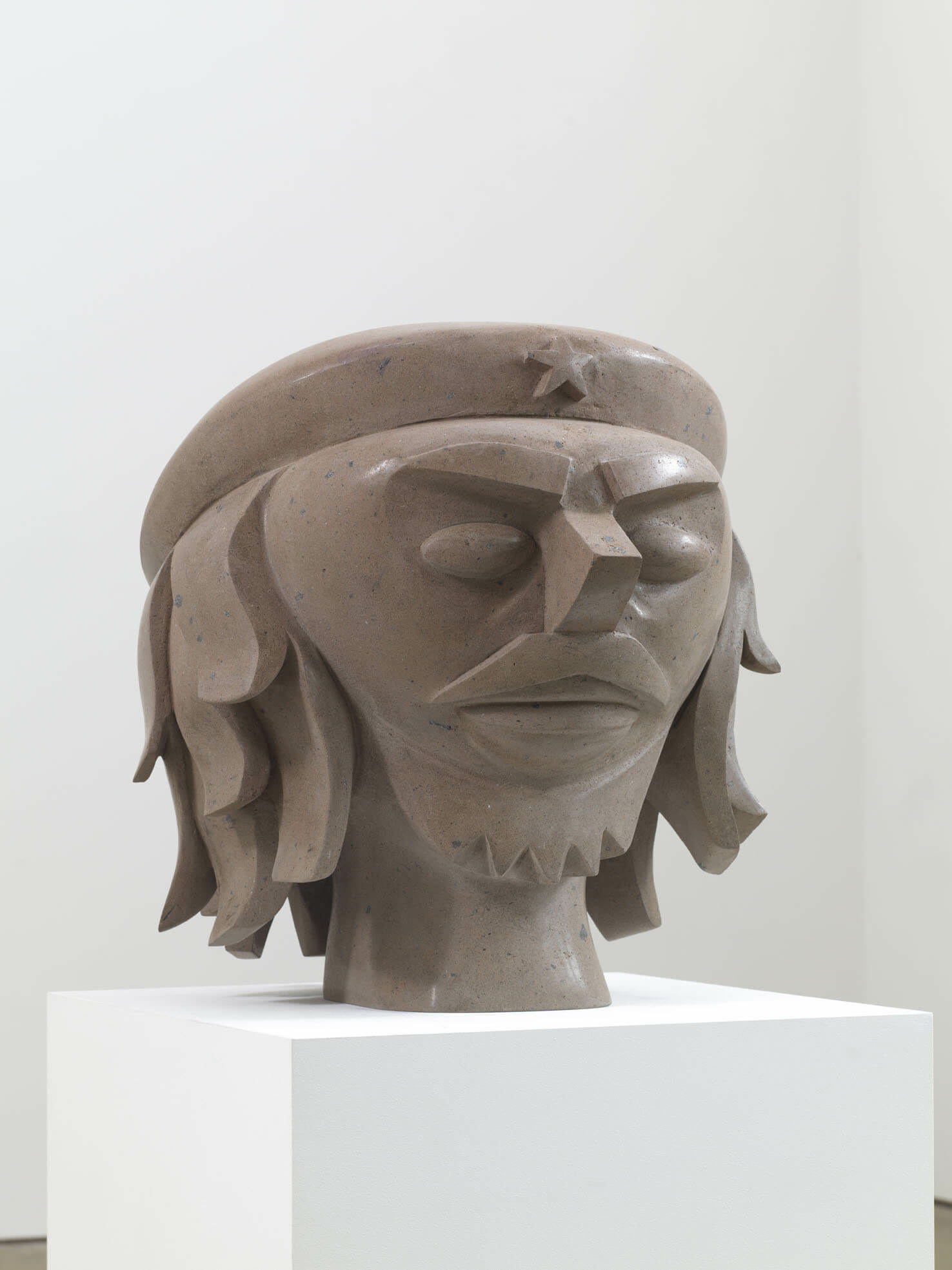 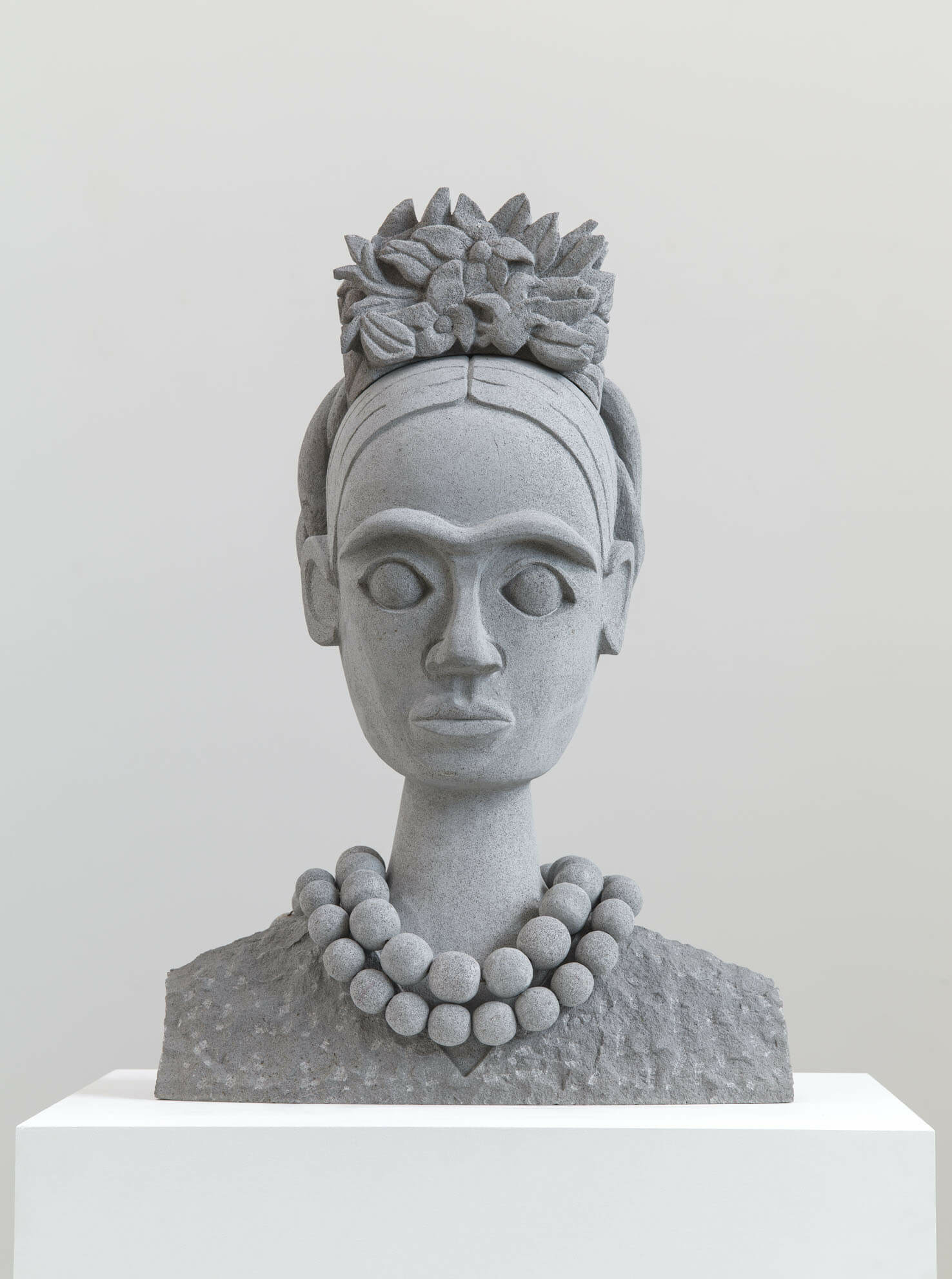 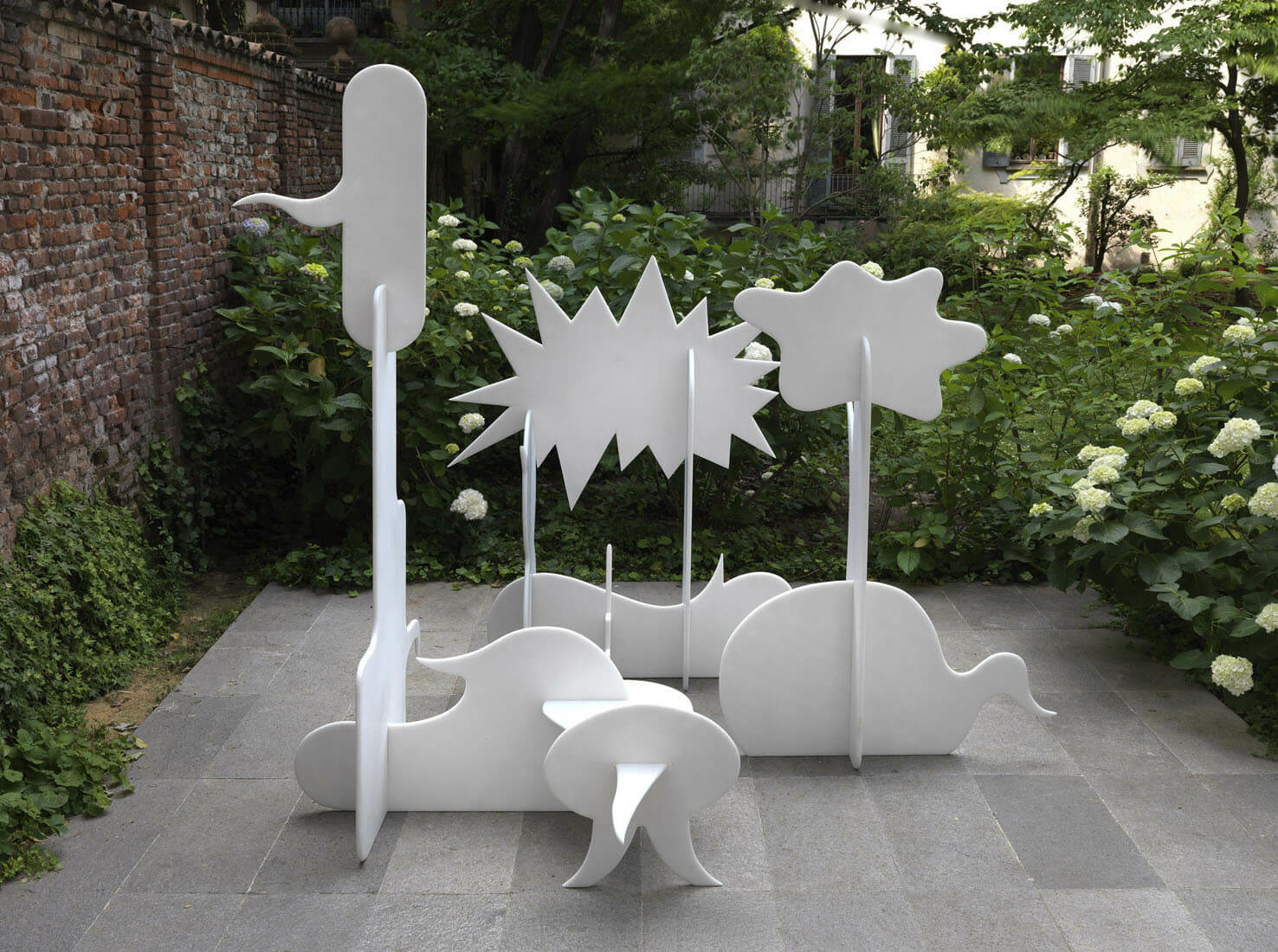