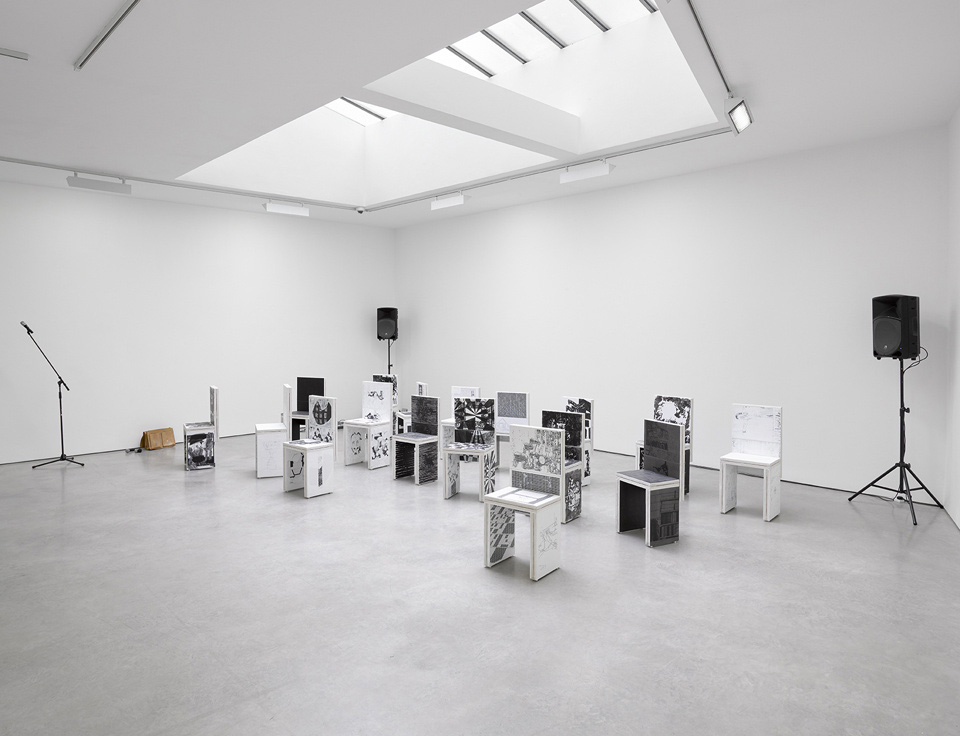 This exhibition of new work – comprising five new paintings, 17 chairs each made from 10 paintings, a performance featuring this installation of chairs and a number of recent drawings also referencing other pieces created by Art & Language – marks over 40 years since this contingent art group first showed at Lisson Gallery. What began as an amorphous, more-or-less anonymous gathering of like-minded artists and thinkers, with loosely connected chapters as far afield as Coventry, London and New York, is now defined as a collaboration between Michael Baldwin and Mel Ramsden, with participation from performers such as The Jackson Pollock Bar and Red Krayola The continued presence and importance of Art & Language – as pioneering conceptual artists, combining text, performance, music and publishing – is testament to their enduring influence on, and indeed, anticipation of much current art practice, but is also the result of their constant questioning of art’s limits and possibilities.

The titular gathering of chairs, Nobody Spoke, is a ghostly manifestation in the gallery (as well as the subject of a performance staged in the same space on the opening night by the The Jackson Pollock Bar). Every one of these non-functional seats has been constructed from 10 equal-sized canvases, with each individual panel exhaustively over-painted with motifs drawn from past Art & Language projects (including their famous Indexes of 1972-73), as well as many seemingly unrelated scenes (such as an upside down kangaroo, a portrait of George W. Bush, a black square, a loin of pork, some quantum mechanics and so on). Although the assembled chairs’ conglomeration of imagery and empty states suggests an inability to communicate, they could be conversely seen to exist as coherent emblems or ‘readers’ of current contemporary art objecthood: namely as works that can be simultaneously and fluidly described as paintings, furniture, documentation, performance props and conceptual works of art.

A new group of large paintings, Sea Ghosts, continues these themes of hybridity, repositioning and self-reflexivity. Constructed from many layers of over-painted imagery, the act of continual obliteration produces complex compositions of borders and gestures, both painstakingly handmade and re-drawn in ink, creating parodies of painterly styles and short-circuiting easy visual readings. Demanding our attention further are a number of vitrines containing textual portraits, printed descriptions that are placed over actual portrait paintings of the faces alluded to in the obfuscatory sheets of text. Although invisible to the eye, the concealed portraits include such diverse figures as Michelle Obama, Hugo Chávez and Nouri al-Maliki.

Elsewhere, a selection of 40 drawings (from a total of 147) repeats or reveals many of the images contained within the chairs or paintings, albeit sometimes in degraded or mutated form, providing what Michael Baldwin calls: “footnotes, excursions, connections, disconnections, translations and betrayals.” Not only do Art & Language challenge our commitment to looking at art by veiling their subjects or superimposing them atop one another, but they also disrupt the hierarchy between different modes of appreciation, refusing to favour either figuration or abstraction, nor the ocular ingestion of purely visual information over reading descriptive texts about the same art works. 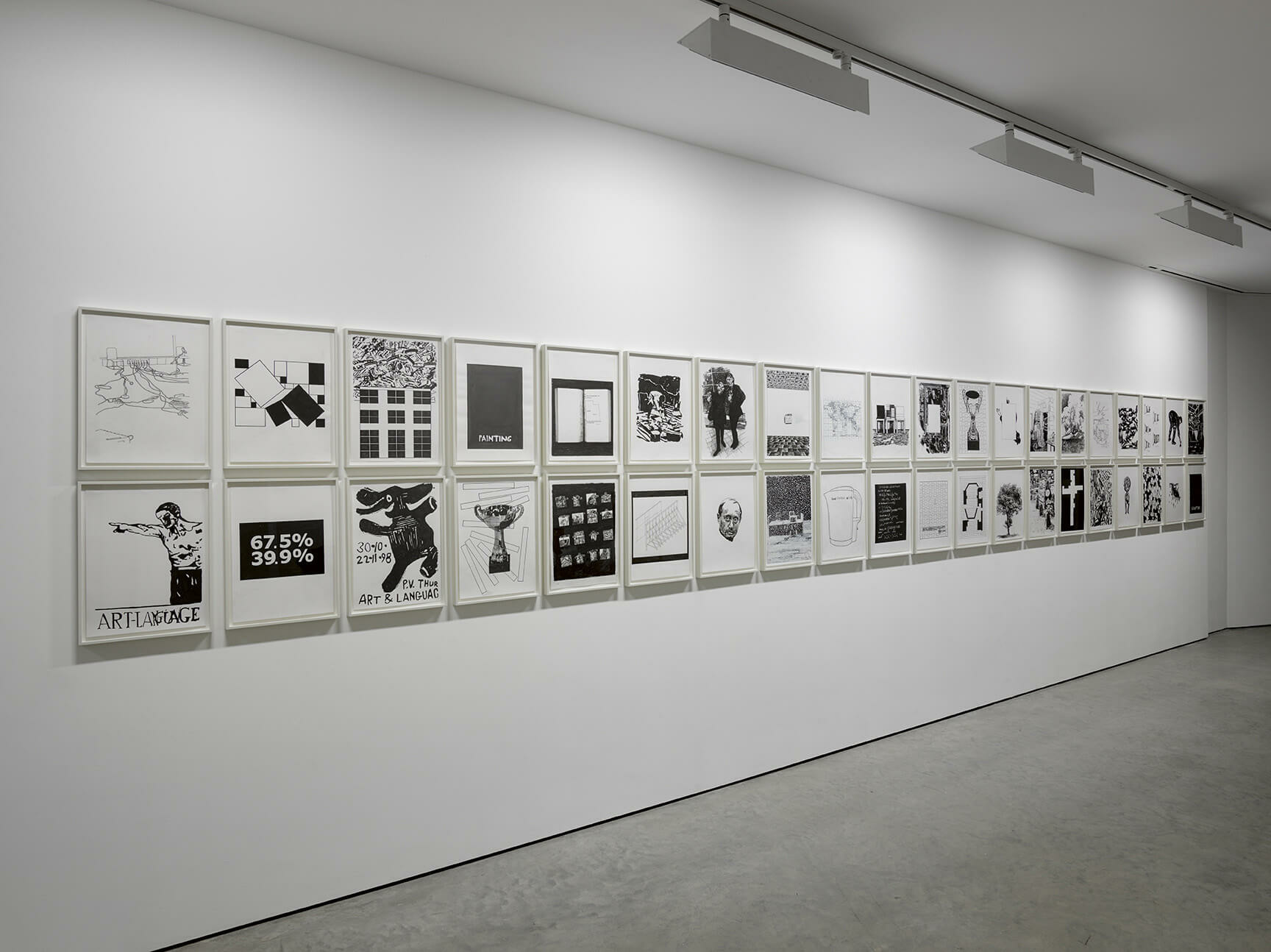 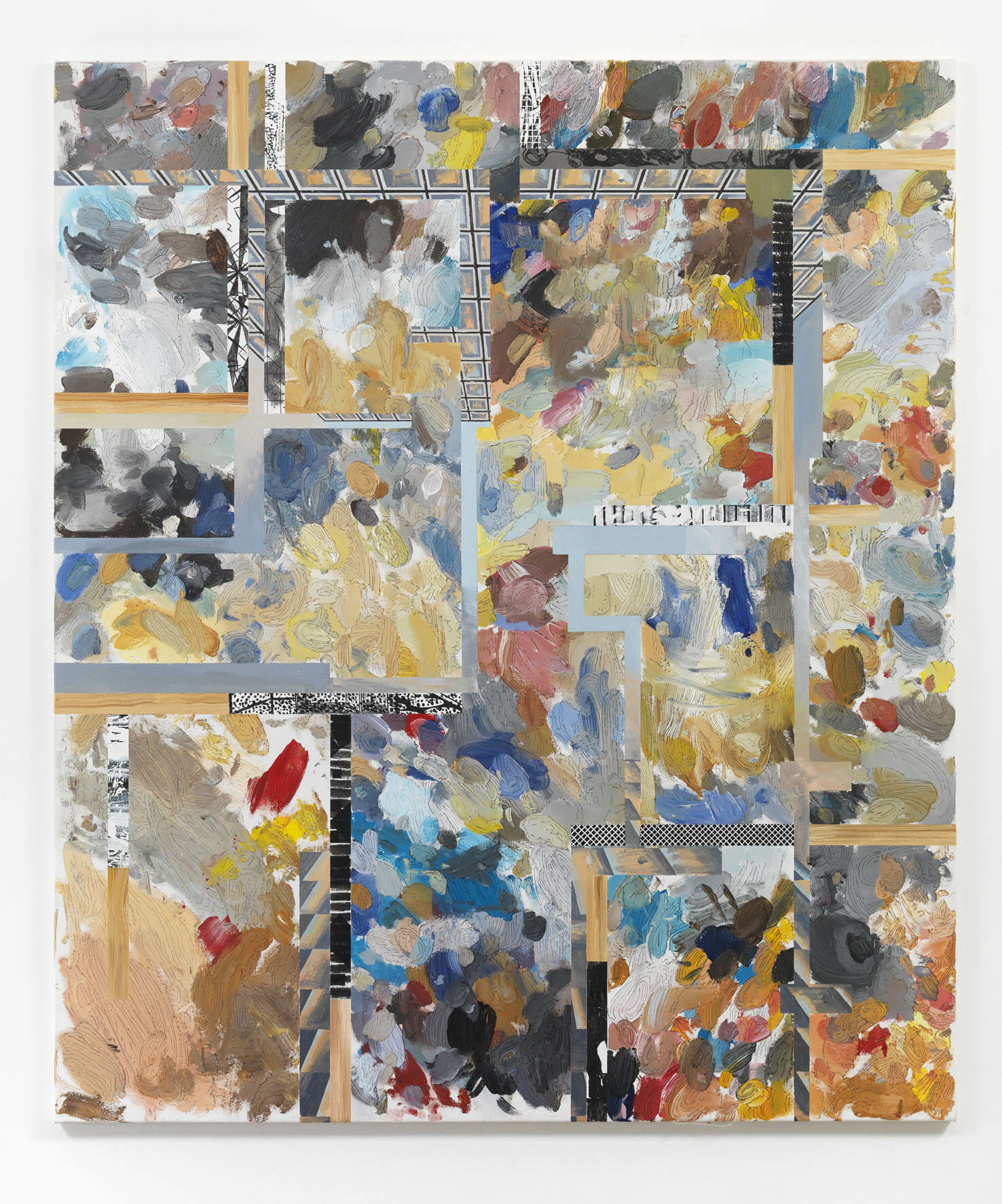 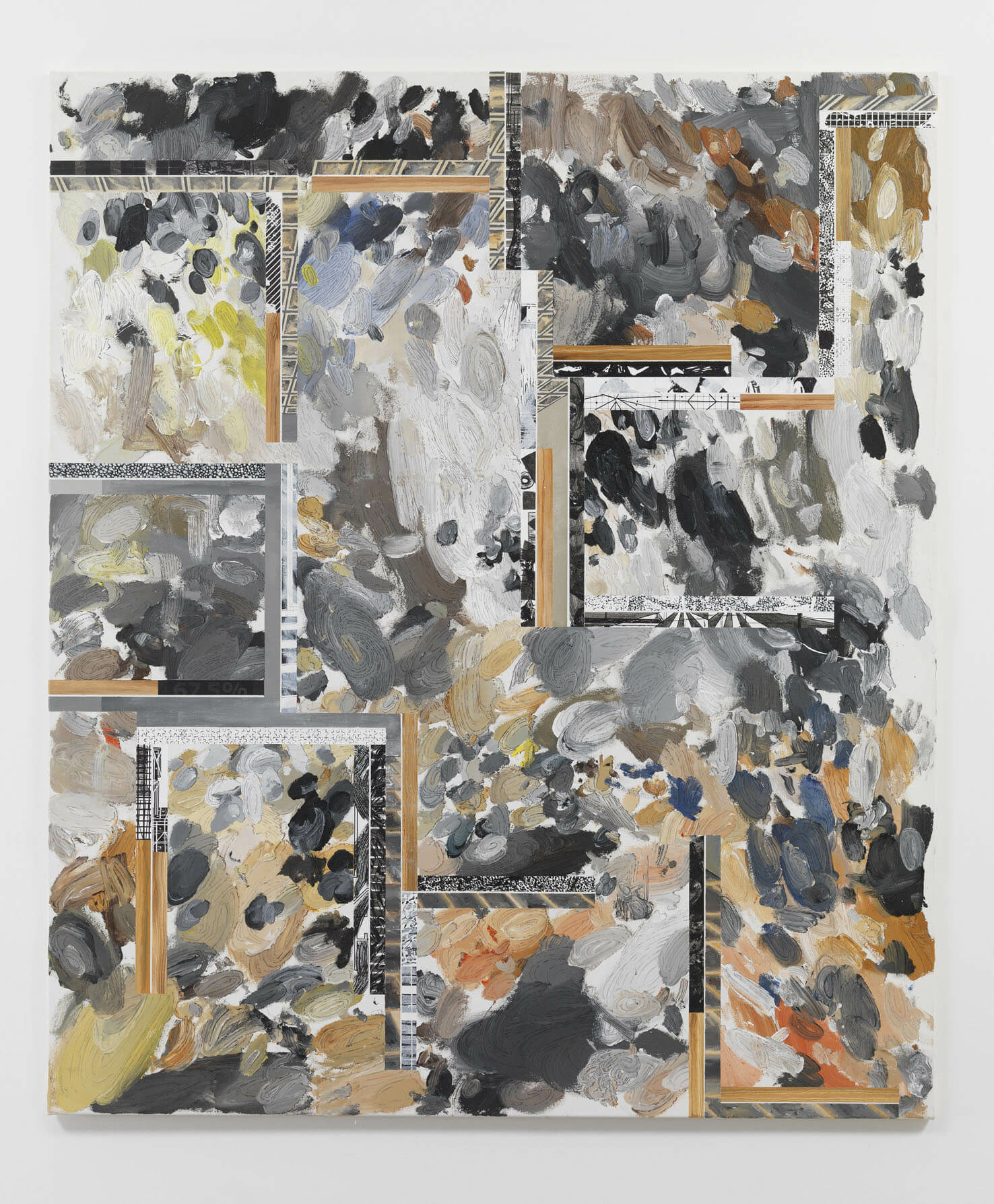 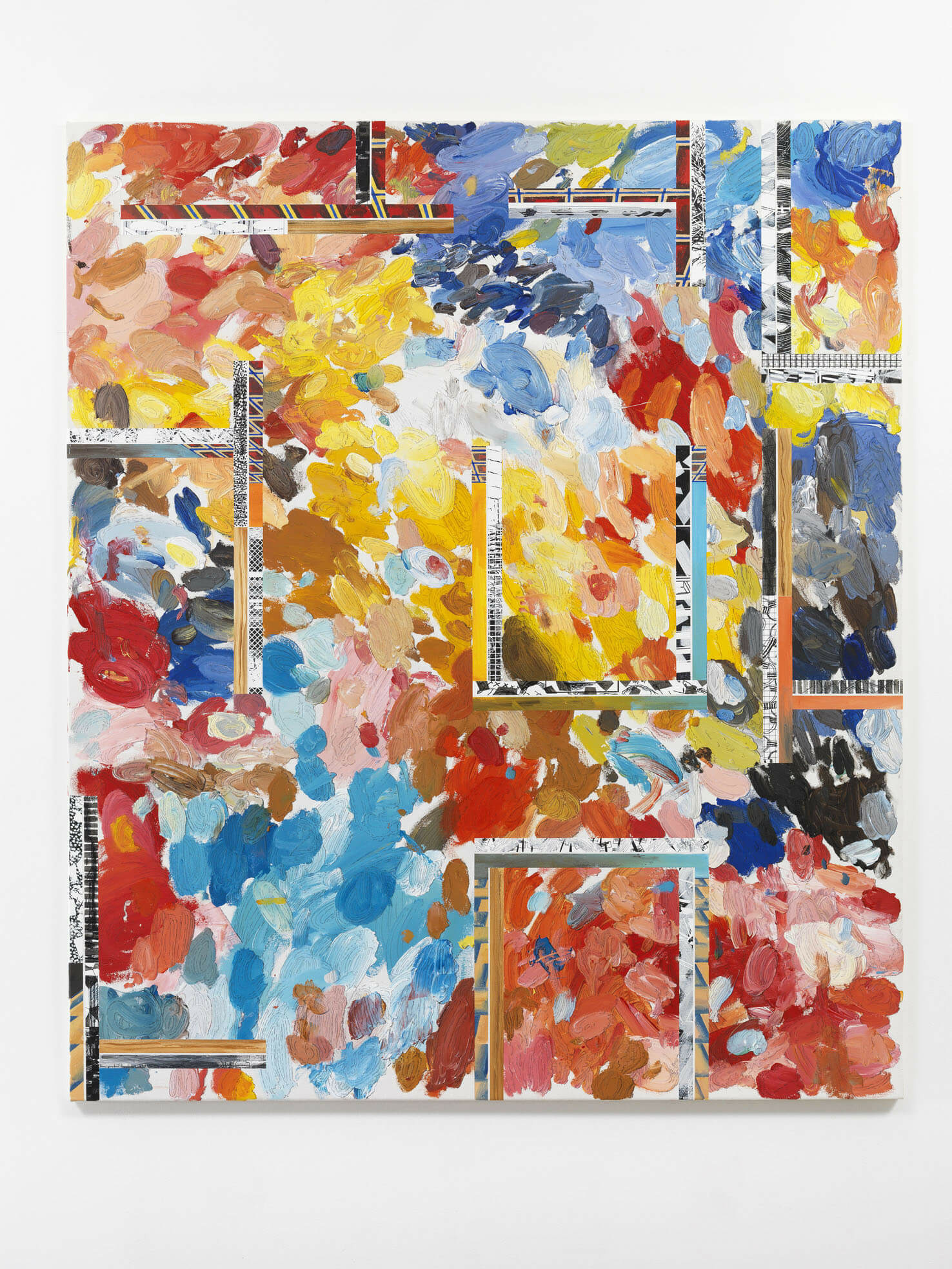 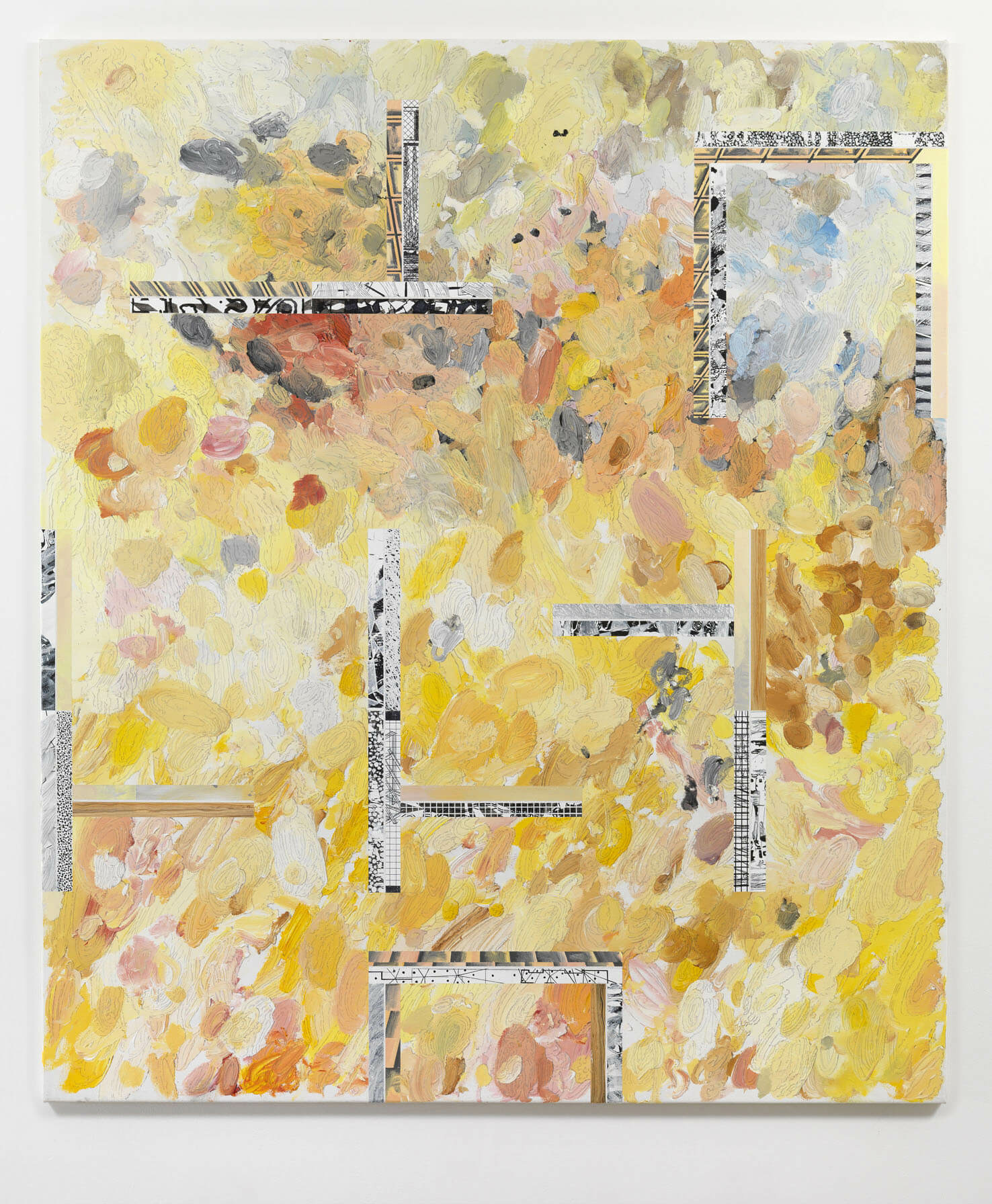