Nathalie Djurberg & Hans Berg: Who am I to Judge, or, It Must be Something Delicious 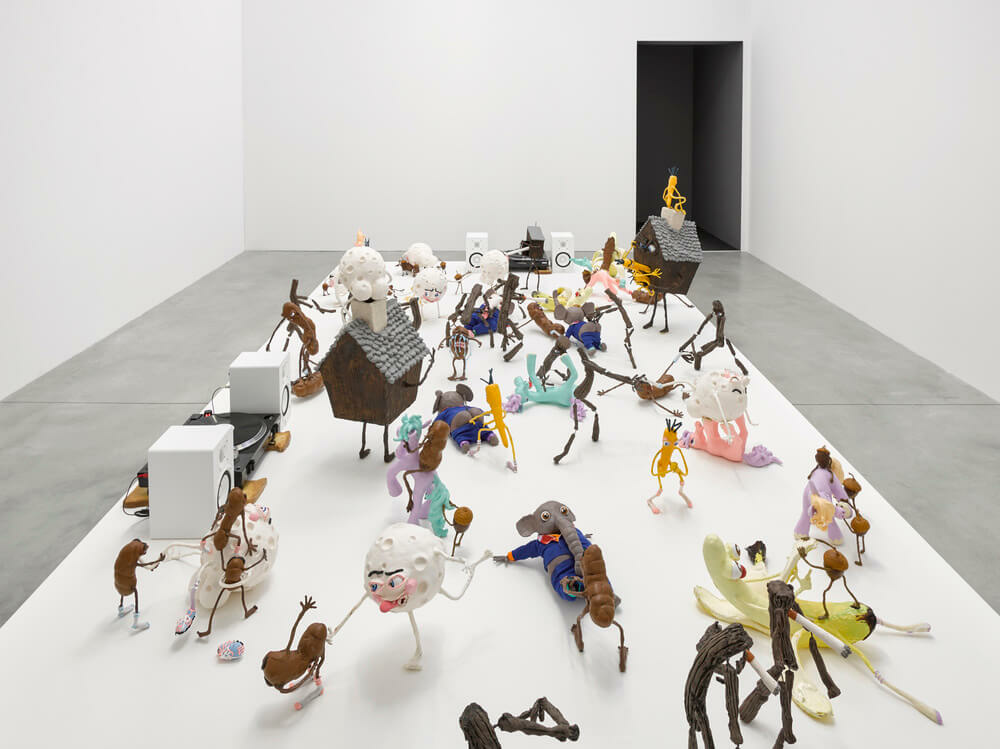 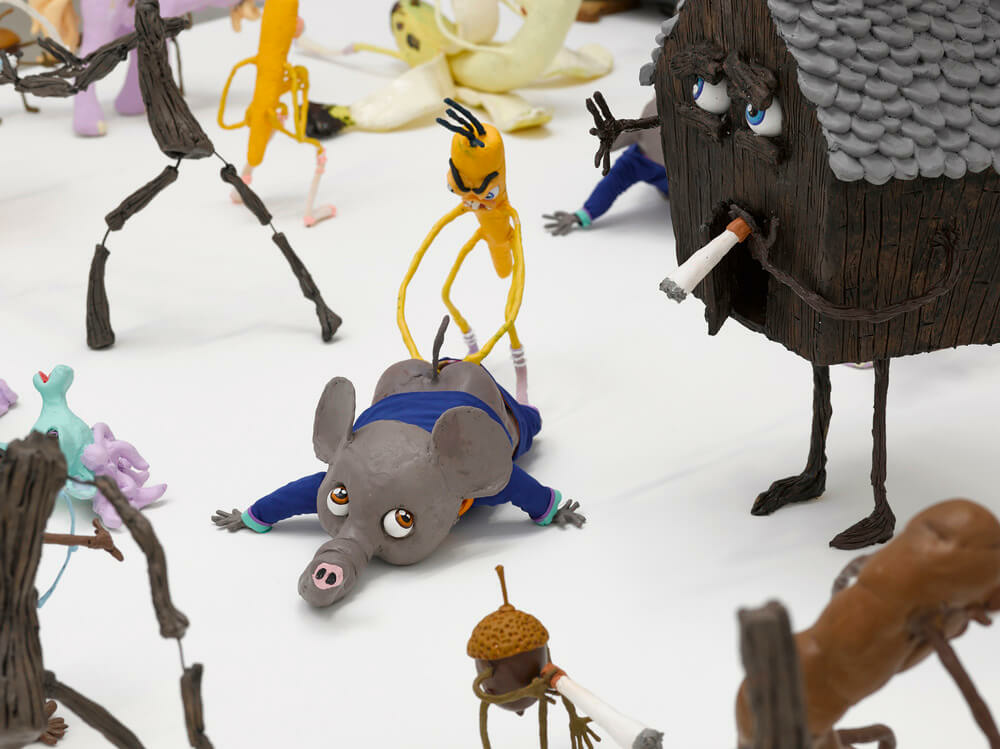 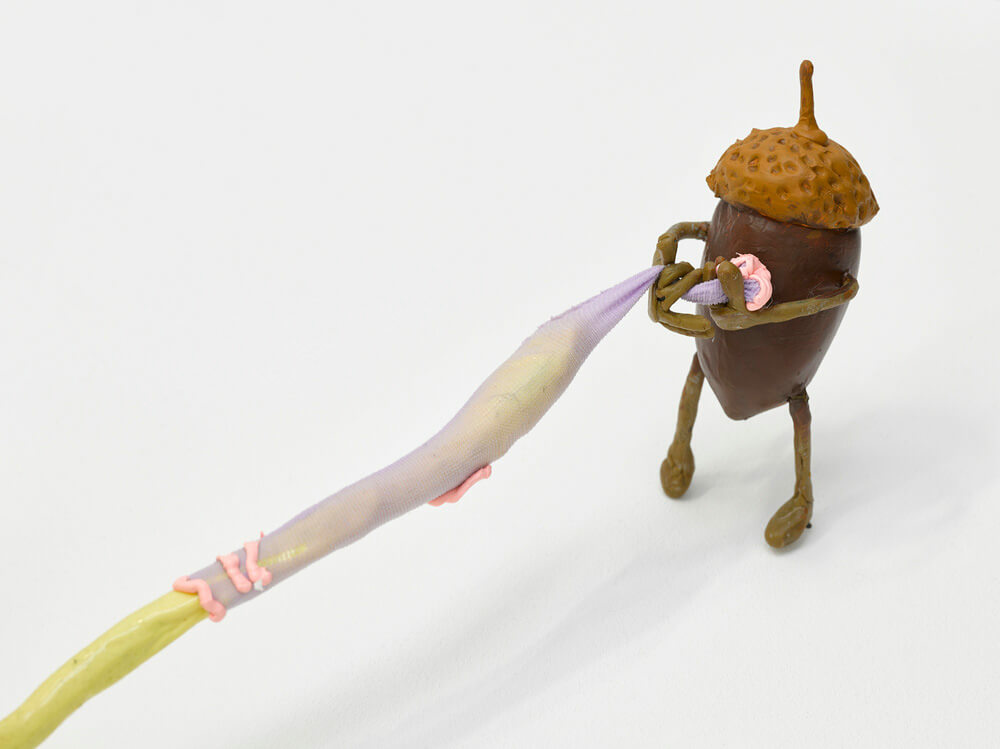 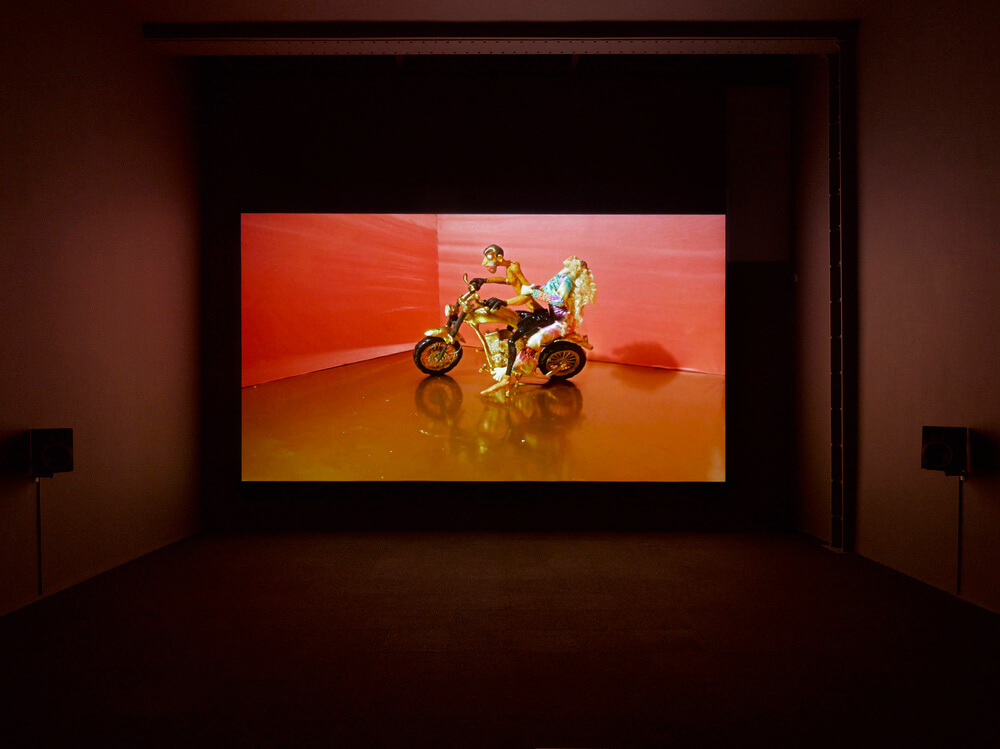 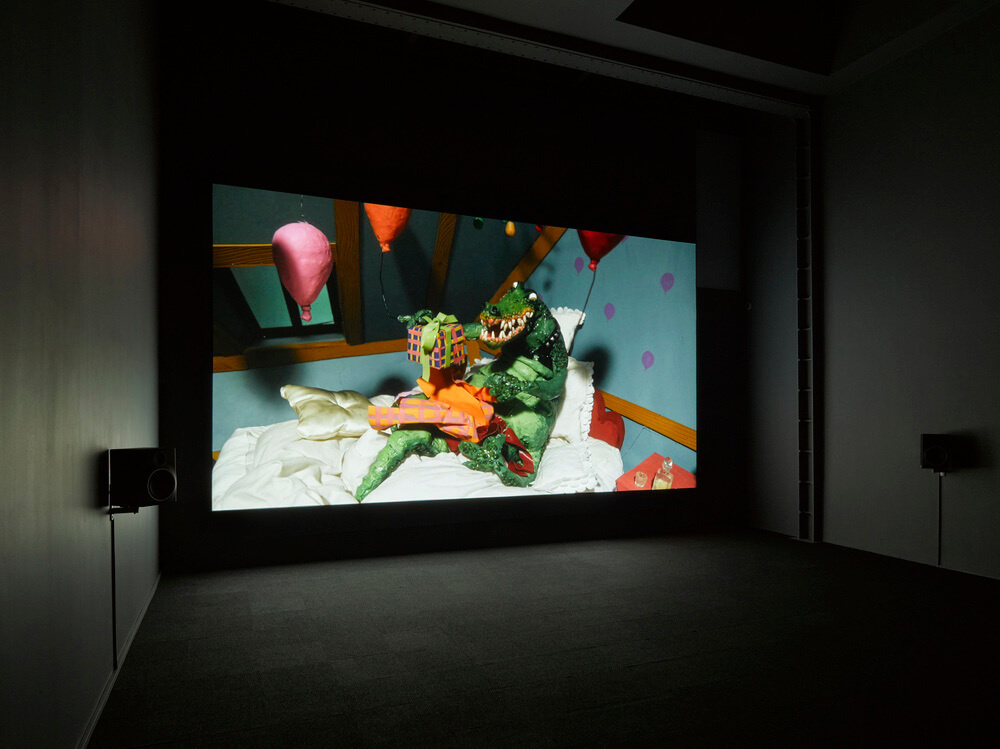 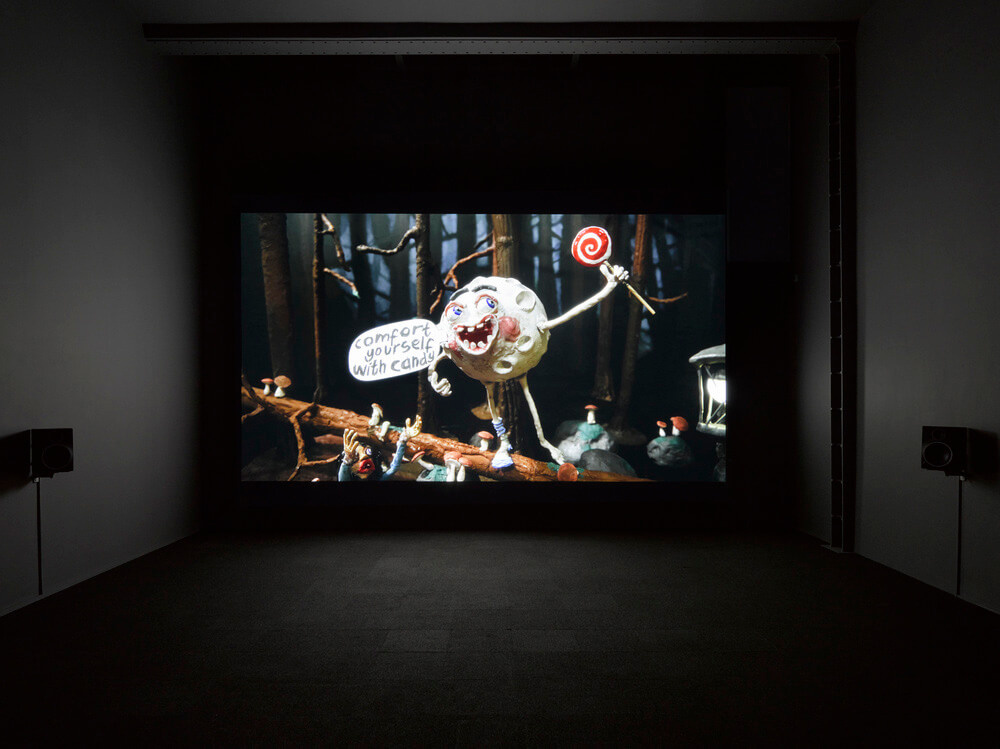 Nathalie Djurberg and Hans Berg’s perverse and psychologically probing exhibition, ‘Who am I to Judge, or, It Must be Something Delicious,’ looks at human nature’s capricious and erotic inclinations, capturing those moments when one succumbs to carnal pleasure without thought for morality or social standards. The exhibition marks the artists’ return to their signature stop-motion animation style in three darkly humorous films, two of which make their debut in London. Working collaboratively, Nathalie Djurberg’s claymation vignettes are overlaid with soundtracks produced by Hans Berg, with both sonic and visual elements being edited and combined to create one pulsating environment, complemented by a new sculptural installation made specifically for the exhibition.

Shown in a continuous loop in a custom-built viewing room in the backspace of 27 Bell Street, this trilogy of short films emphasise the innocence, depravity and shame associated with sexuality. Like Freud, who found the root of all perversions to be based in infantile sexuality, Nathalie Djurberg & Hans Berg mine a cartoonish aesthetic while recalling repressed sexual memories, replete with fairy-tale protagonists such as Little Red Riding Hood and My Little Pony. Rather than a typical bedtime story, Delights of an Undirected Mind (2016) is an orgiastic stream of consciousness that takes the journey towards sexual discovery as a means to explore the inner workings of fantasy, deviance and role-play. Accompanied by Berg’s driving beats, the film follows the carnivalesque dreams of a young girl and features a multitude of familiar yet distorted characters who engage in seemingly innocent activities that are suggestive of more craven or sinful desires.

Worship (2016) exposes the stereotypes associated with the porn industry, featuring a parade of puppets clad in velour, latex and sequins writhing in sexually suggestive positions, to an electro-pop score. Victims and perpetrators switch roles, characters exploit and are exploited. Here the emotions of lust, possession and greed reach a climax until all that is left is unadulterated worship. The final work in the trilogy, Dark Side of the Moon (2017), is set in dark woodland to an atmospheric and interactive soundscape. Ruminating on fear, dreamtime and memory, this video expands the notion of sexuality beyond mere urge or infatuation, to encompass loves lost and the yearning for those formative experiences of youth.

The films are presented alongside an installation that concentrates the drama of Djurberg & Berg’s films into a single, physical moment, featuring around 60 silicone figurines cavorting and carousing on the gallery floor. At first resembling children’s toys, closer inspection reveals a less salubrious, mischievous side to these creatures.  In line with the creeping, crescendoing structure of the artists’ films, the work is designed to awaken the audience to the salacious elements of their own subconscious.