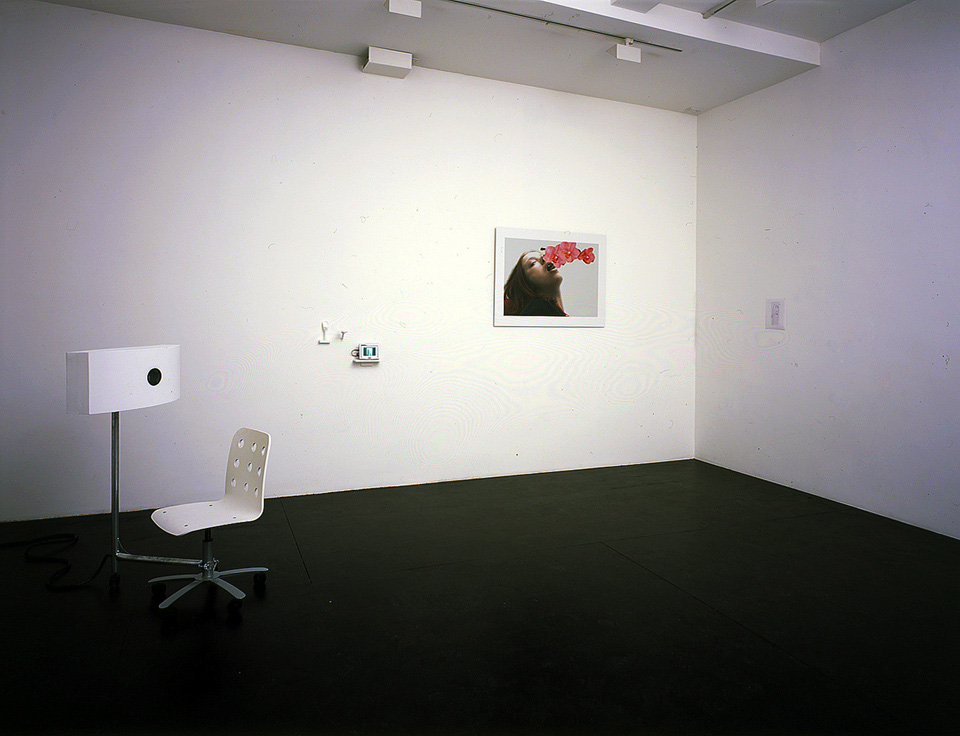 In UnUn (too easy to ease), 1999, Segal projects a small video image of the sea, reminiscent of a picture hanging on the wall. The horizon is at eye level and the sound of the sea, along with a barely perceptible layer of music can be heard. Every few minutes, without warning, the sea surges forward advancing across the space toward the viewer consuming the walls and the floor on a realistic scale before reaching the viewers feet, whereby it recedes again after one second. The sudden motion of the approaching wave is accompanied by a burst of laughter. Here, Segal plays with a reversal of impact. Whereas it is expected that the viewer ideally opens up to the beauty of a work of art, this work literally opens up to the viewer. Touching and not touching, seeing and not quite seeing, are concepts which run through many of Segal’s works. It is often the viewer, sometimes the artist, who become both subject and object of the touch and of the gaze.

Like most of her installations, Still life in Cucumber Season 2003 is highly lyrical. In this work the viewer enters a small room where one of the walls contains a window-shaped aperture. Opposite the “window” hangs a small mirror reflecting the viewer’s face. The film begins with a shot of a girl leaning against a wall, caressing herself, waiting. The viewer’s reflected image merges with the girl’s screened image, creating the illusion of contact between film and viewer. Tension mounts, triggered by the eroticism of the ‘untouching’ touch and the viewer’s embarrassment at the possibility of being caught in so intimate an act by other observers.

Alongside these works, Segal produces small-scale sculptural pieces. In Capital Hill no. 1 & no. 2, 2004, two identical piles of one-pound coins are displayed. The only difference between the two is their price: the cost of one pile is half its monetary value, the cost of the other is two times its monetary value.