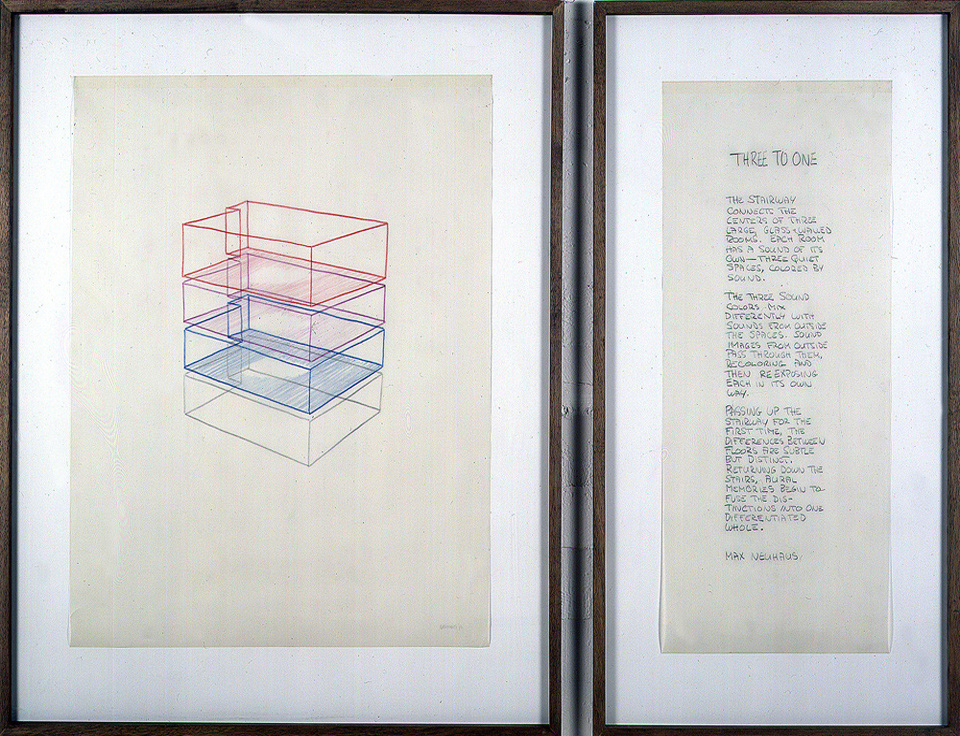 The Lisson Gallery is pleased to present Max Neuhaus' first exhibition in London.

"In our daily lives, our eye and ear are constantly working together as a closely linked team to form our perception of the world. Traditionally practitioners in the plastic arts have adjusted this perception through the vision, forming with shape and colour. I on the other hand work with our sense of hearing."

Max Neuhaus was renowned for his interpretation of contemporary music while still in his twenties. In the early sixties, he toured America as a percussion soloist. The world of the percussionist is one focused on the sound timbre: Neuhaus travelled with one thousand kilos of percussion instruments to perform his solo repertoire. He extended the palette of sound colour by inventing several early electro-acoustic instruments. His solo album recorded in 1968 stands as one of the first examples of what is now called live electronic music.

Neuhaus went on to pioneer artistic activities outside conventional cultural contexts and began to realize sound works anonymously in public places, developing art forms of his own. Utilising his sense of sound and people's reaction to it, gained after fourteen years as a musician, he began to make sound works which were neither music nor events and coined the term "sound installation" to describe them.

Neuhaus' works are the result of the interaction of the sound and its site. The site's sounds and its character, acoustic, visual, and social are the elements that make a work.

‘Throughout our lives sound has always represented an event, something that happens, which begins and ends. A dog barking, a spoken phrase, a piece of music all can exist only in time, have meaning only over time. The startling fundamental idea of my works is the opposite, to remove sound from time and instead have it form place. Once initiated these works run continuously 24 hours per day. To turn them on and off would force them into time, turning them back into events.’