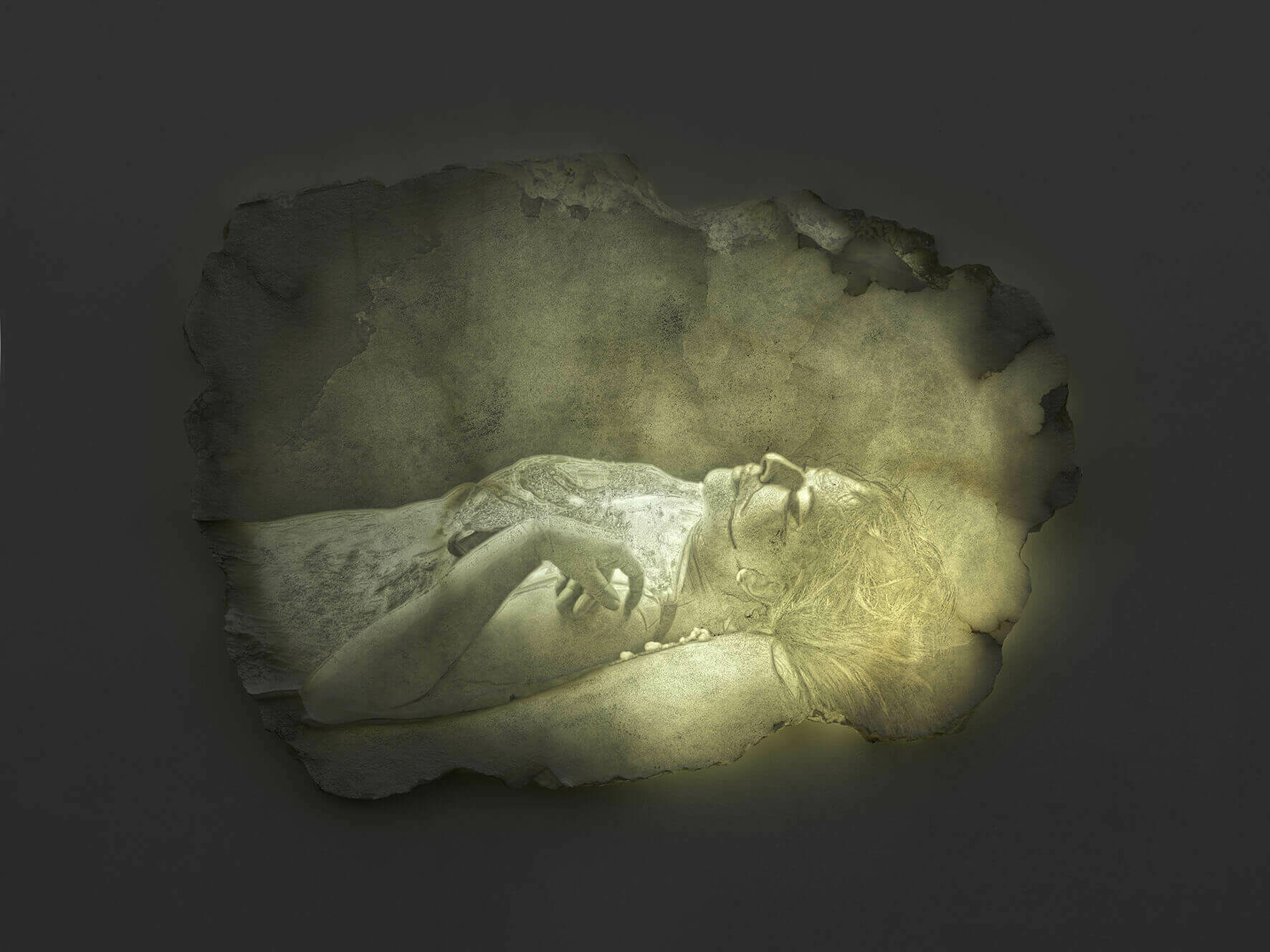 The roles reverse in the second act, in which Dafoe appears deceased and is held aloft in Abramović’s arms, in the manner of the Virgin Mary holding the lifeless body of her son. Staring upwards, the female figure of Tosca, played by Abramović, then ascends to the top of a skyscraper, momentarily composing herself on the precipice before plummeting down in slow motion. As we follow the body on its deadly progress – twisting and swaying while the Callas song comes in wave after wave of crescendo – the ground slowly comes into view again, before the climactic moment of impact with a parked car below and a shower of glass.

The staged version of the opera Tosca, by Giacomo Puccini, relies on a suicidal leap off-stage or through a trapdoor after the final notes are sung, whereas here Maria/Marina falls for the duration of a different solo, from act two, entitled Vissi d’arte (I lived for art) which begins: “I lived for art, I lived for love / I never harmed a living soul! / With a discreet hand / I relieved all misfortunes I encountered.”

Of course, this passage could just as easily describe Abramović’s travails as a trailblazing performance artist, as it does the truncated life of Callas. This scene contains further uncanny echoes of Callas herself, who sang Tosca for one of her swansong appearances ​(at Covent Garden in 1965) and would often contort her facial features to the strains of emotion and pain in the music. But Marina is also present: “I really create this mixture, synthesis and symbiosis between her life and my life. We both almost died from a broken heart, but for me, the works really saved me and her work didn’t save her. Actually, in the process, she lost her voice and couldn't sing anymore.”