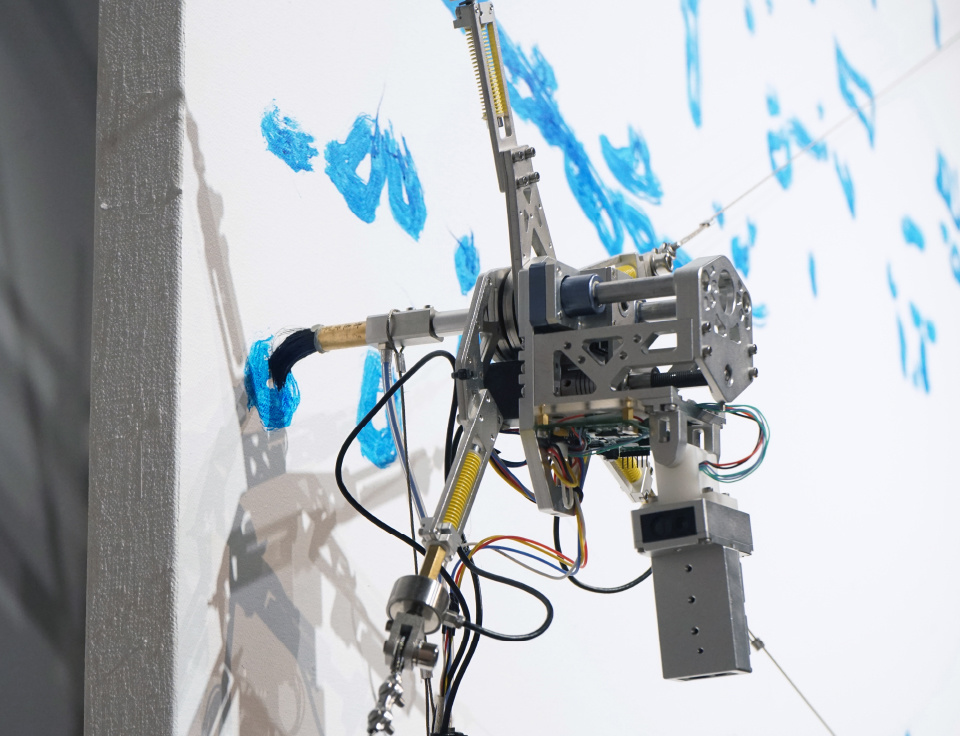 Lisson Gallery is pleased to welcome Liu Xiaodong’s second exhibition, which is the culmination of a number of years spent developing a technologically radical project to create 21st-century landscape paintings using robotic arms and surveillance cameras. Taking a live feed, streaming data and imagery from an iconic London location above Trafalgar Square, Liu has created a painting machine to process this rolling image feed and transcribe the ever-changing flow of people into a complex network of abstract marks on canvas – resulting in a machine-manufactured painting at the exhibition’s finissage.

Since 2015, Liu has been working on this series, collectively entitled Weight of Insomnia, produced with the expertise of (among others) Fito Segrera, an artist, technologist and Head of Research/Creation at the Chronus Art Center in Shanghai, where the first paintings appeared in a show curated by Liu’s long-time collaborator and friend, Zhang Ga – after which it toured to ZKM Museum of Contemporary Art in Karlsruhe (2016) and the Nam June Paik Art Center in Seoul (2018). There they built a scaffolding tower on to which is mounted a plain canvas and a robotic brush held aloft by a network of wires that pull and push the pigment across the surface, dependent on the images being fed through the computers and screens stationed below. Far from a jerky, machinic gesture, Liu sought a painterly sensibility in his digital proxy, albeit one he has no further control over apart from choosing the location and paint colour. So far the painting machine has been trained on intersections and busy byways, capturing vehicles, pedestrians and changing weather conditions in cities such as Beijing, Shanghai, Jincheng, Gwangju, Berlin, Karlsruhe, Sydney and now, London.

Liu has always been acutely aware of his own position and collaborative responsibility as a painter, positioning himself in front of his subjects or groups of sitters like a documentary maker, even taking this self surveillance to the extremes of making revelatory diaries and films about all the processes involved, including sections of intense, performative live painting. This exhibition also includes Liu’s multi-panel work, Time (2015), depicting the South Korean student uprising of 1980 through portraits of the children of protestors, some 165 of whom were massacred where they stood. The site, now known as the 18 May Democracy Square, was also the location for one of Liu’s Weight of Insomnia paintings, testing whether this cold, observing eye could capture anything approaching the intense emotional heft of the traffic through this politically-charged space.

The insomnia of the title also refers to the machine’s ability to work constantly and silently, without tiring or despairing. This dispassionate producer will mechanically complete the artist’s bidding throughout the duration of the show, day and night, resulting in a futuristic vision of a time when artificial intelligence and automated computer-learning will overtake time-consuming labour, perhaps allowing artists to focus more on what keeps them awake at night. 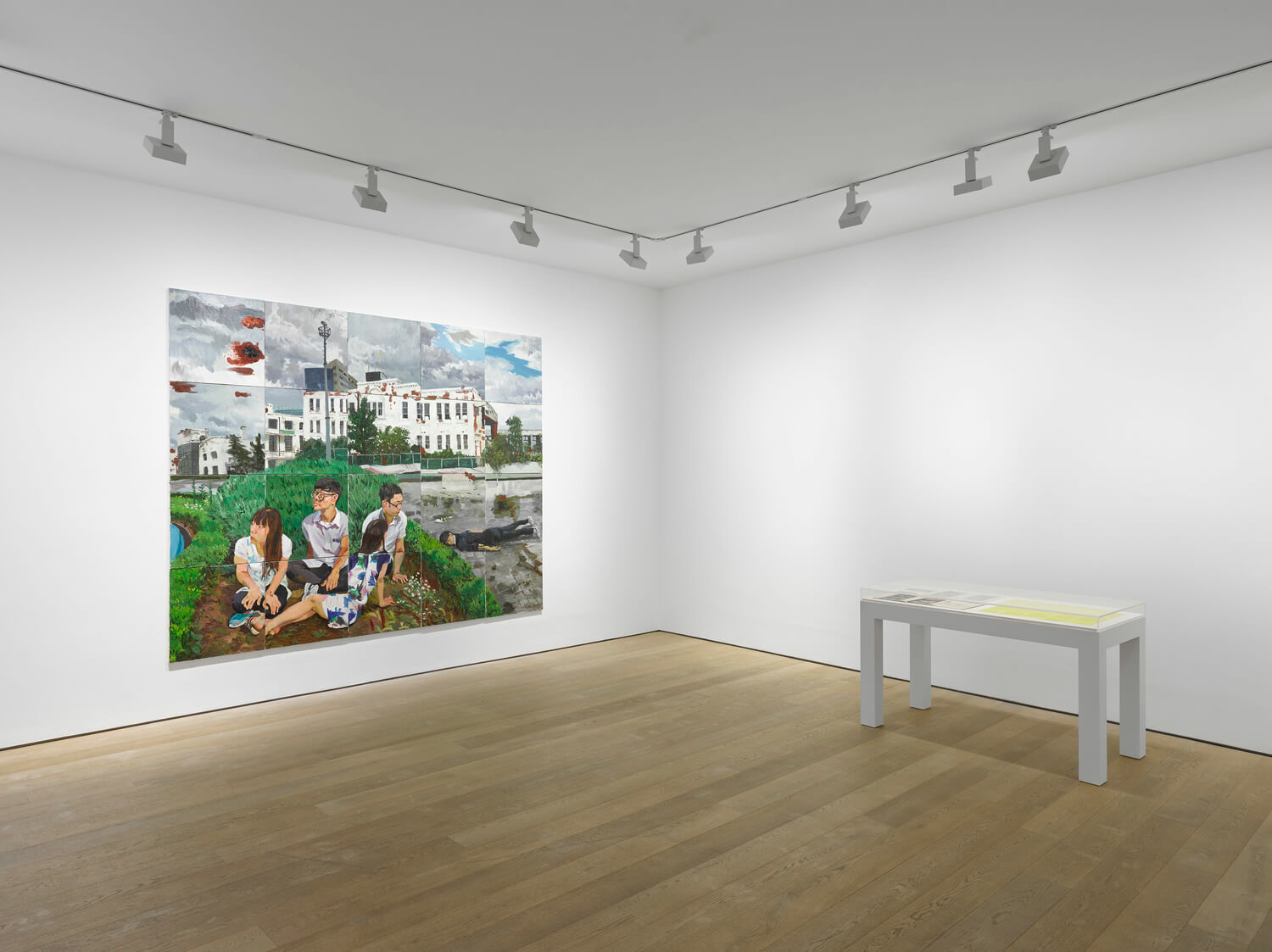 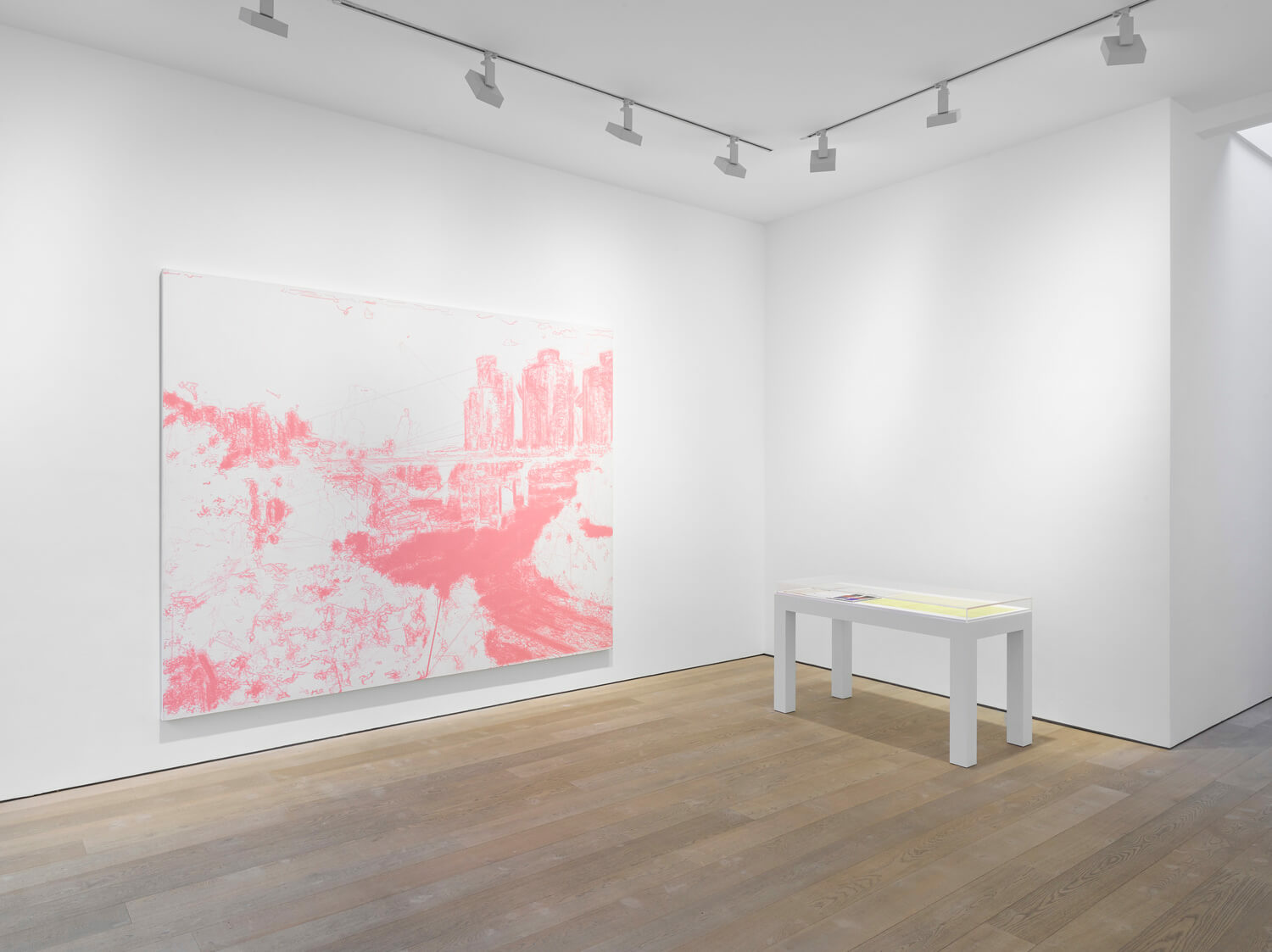 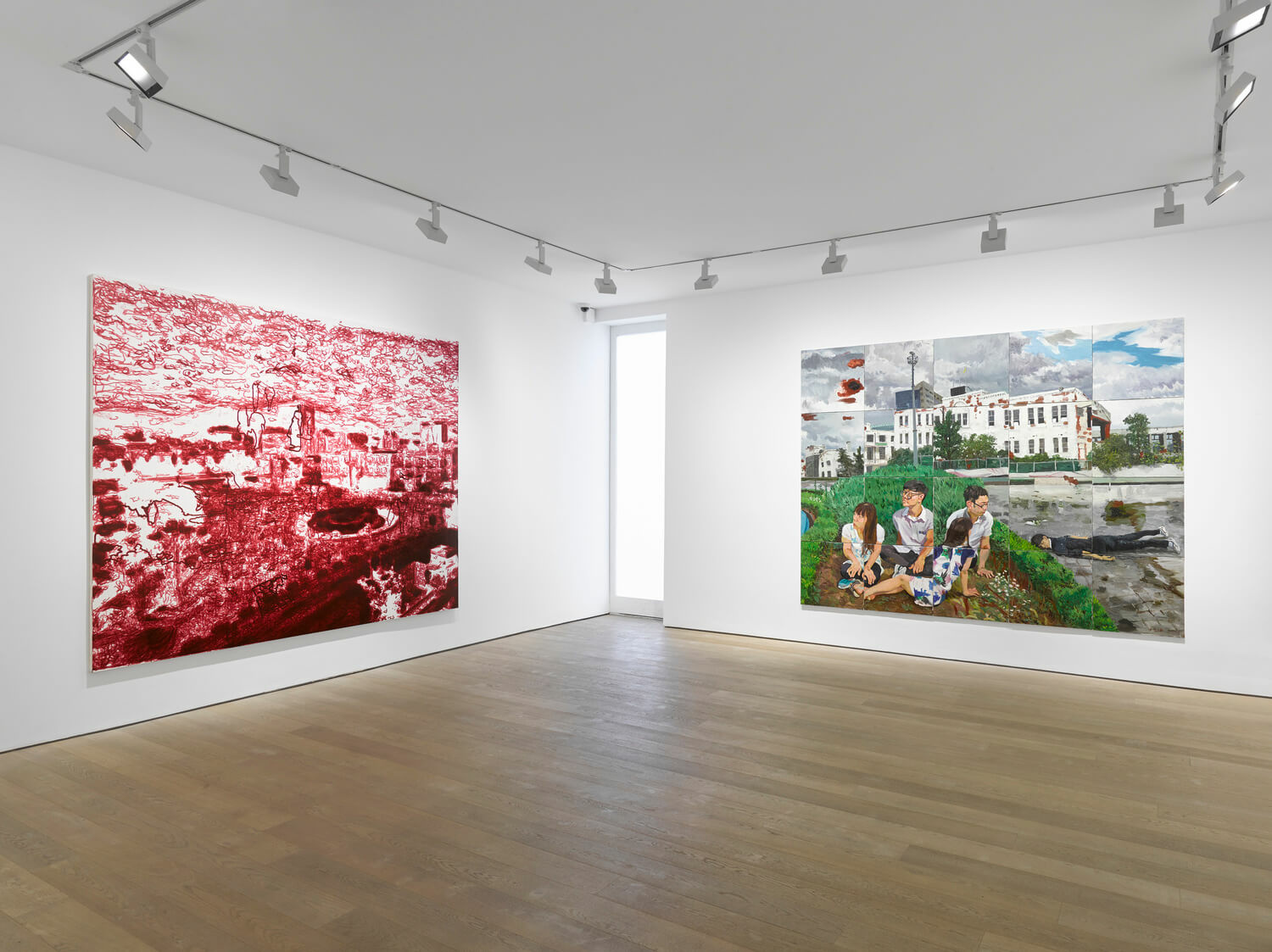 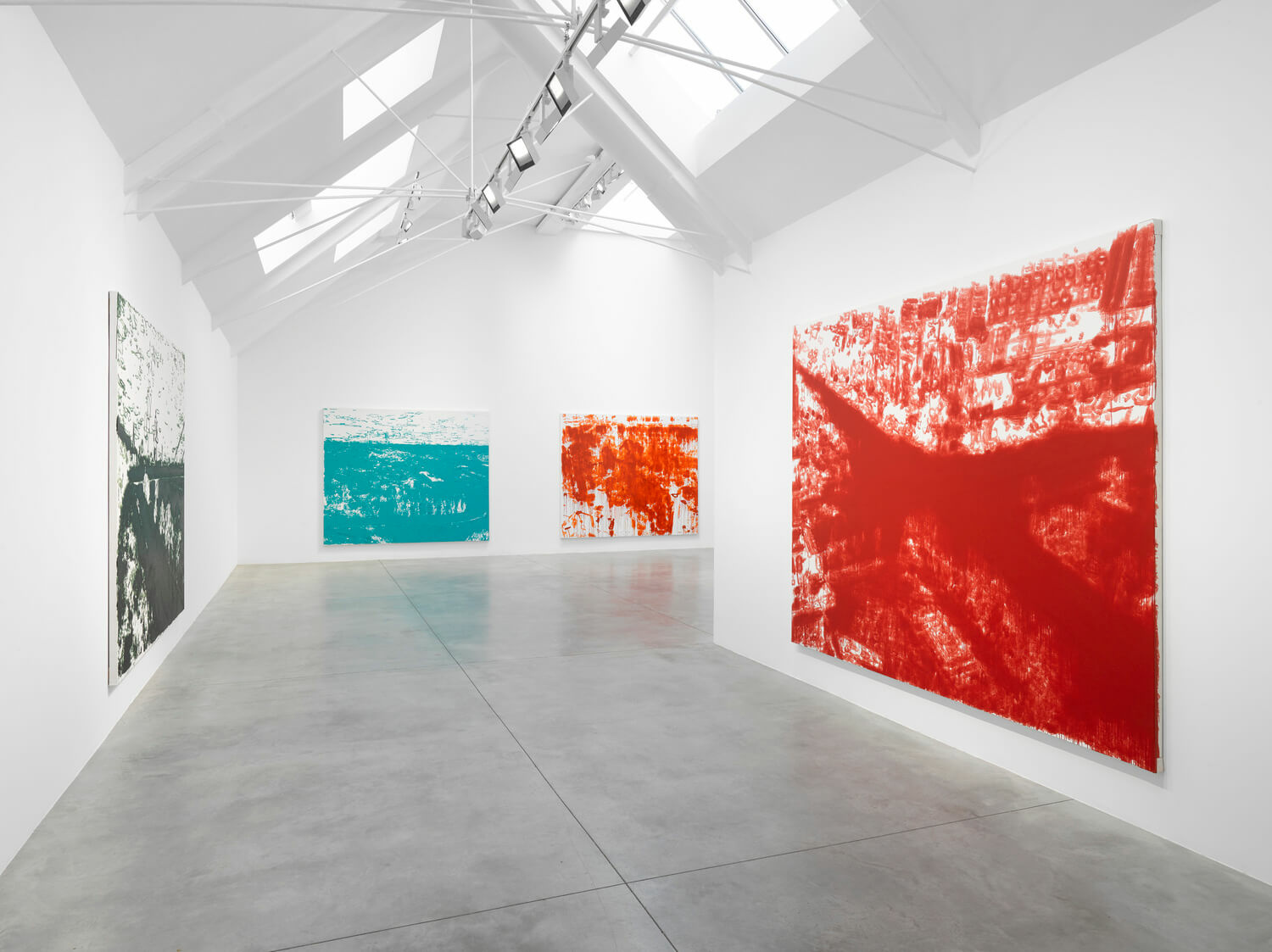 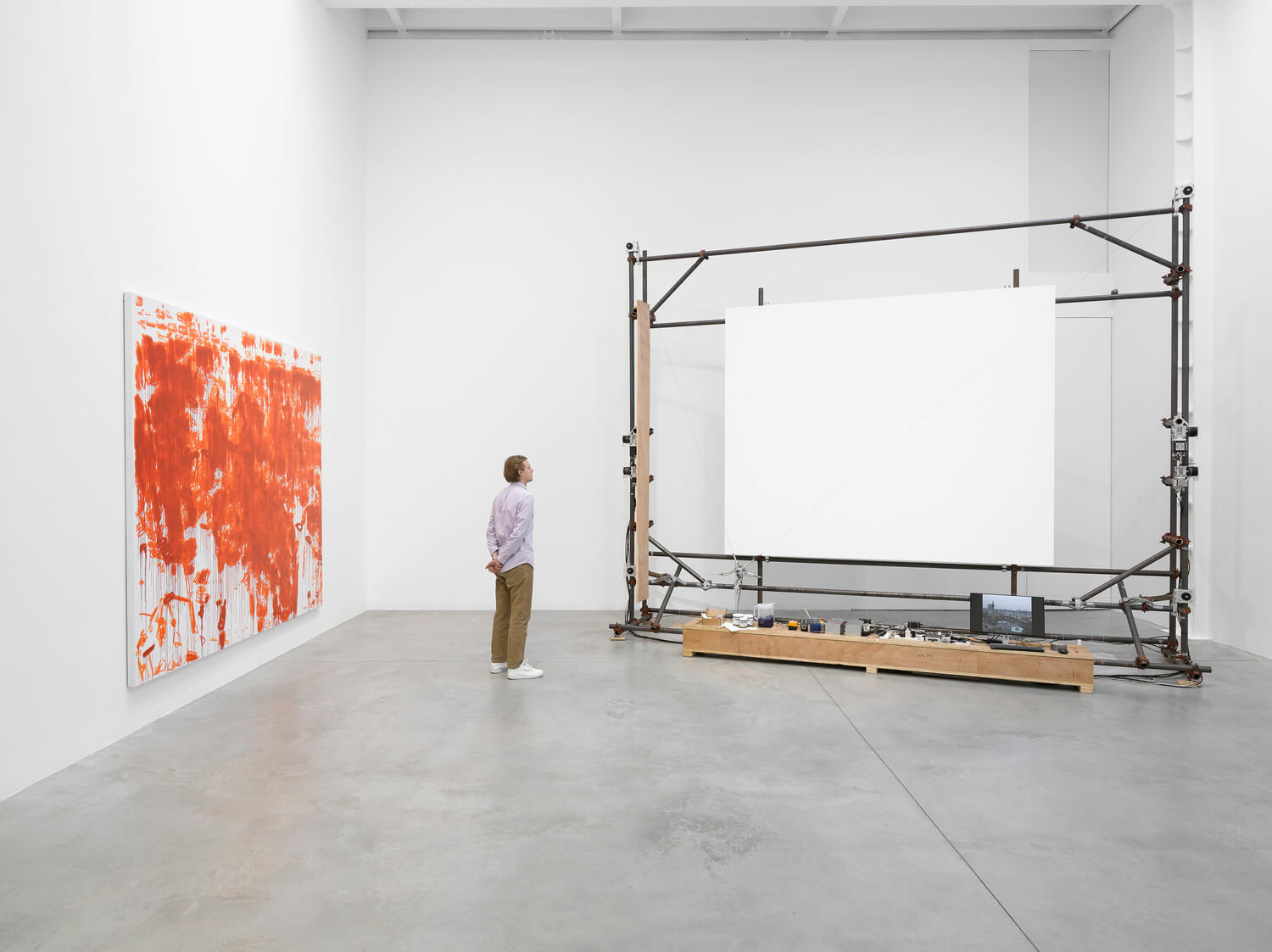