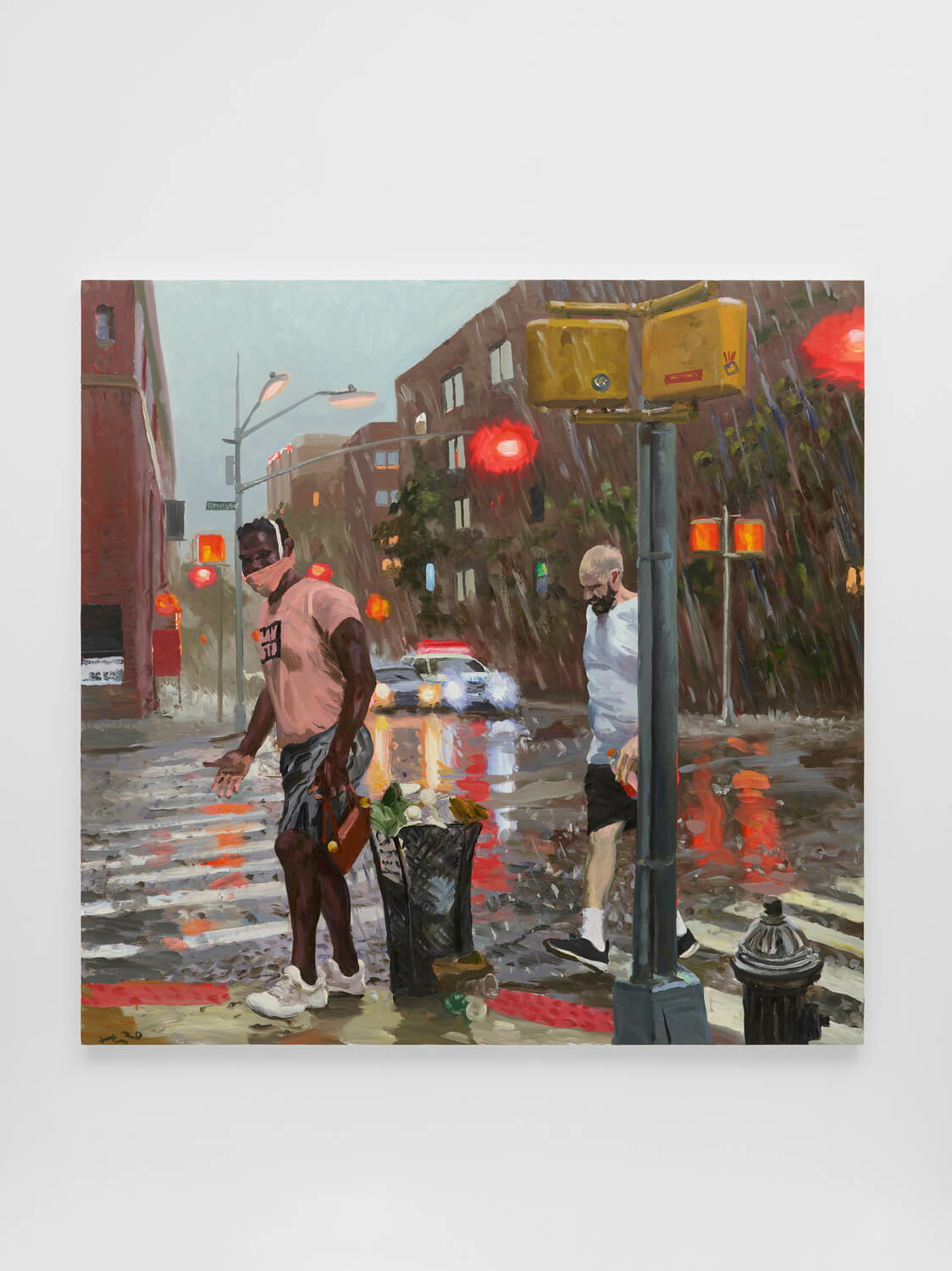 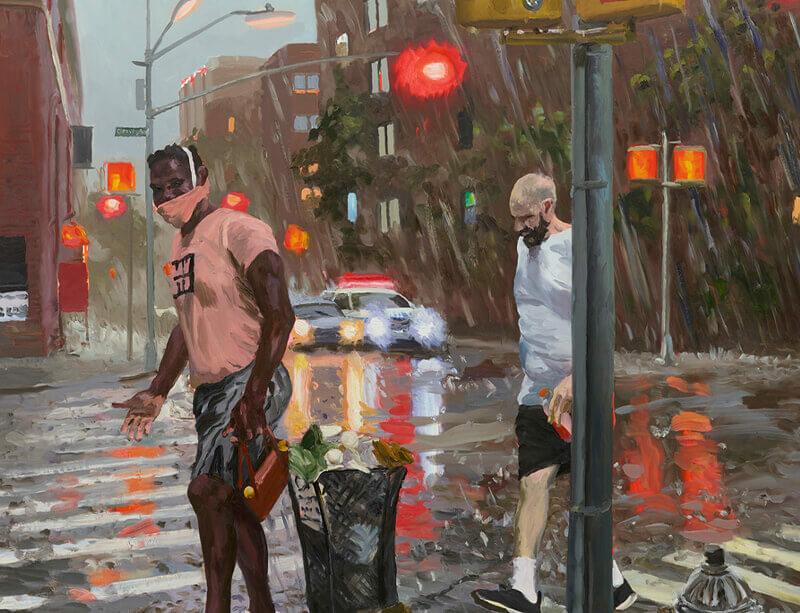 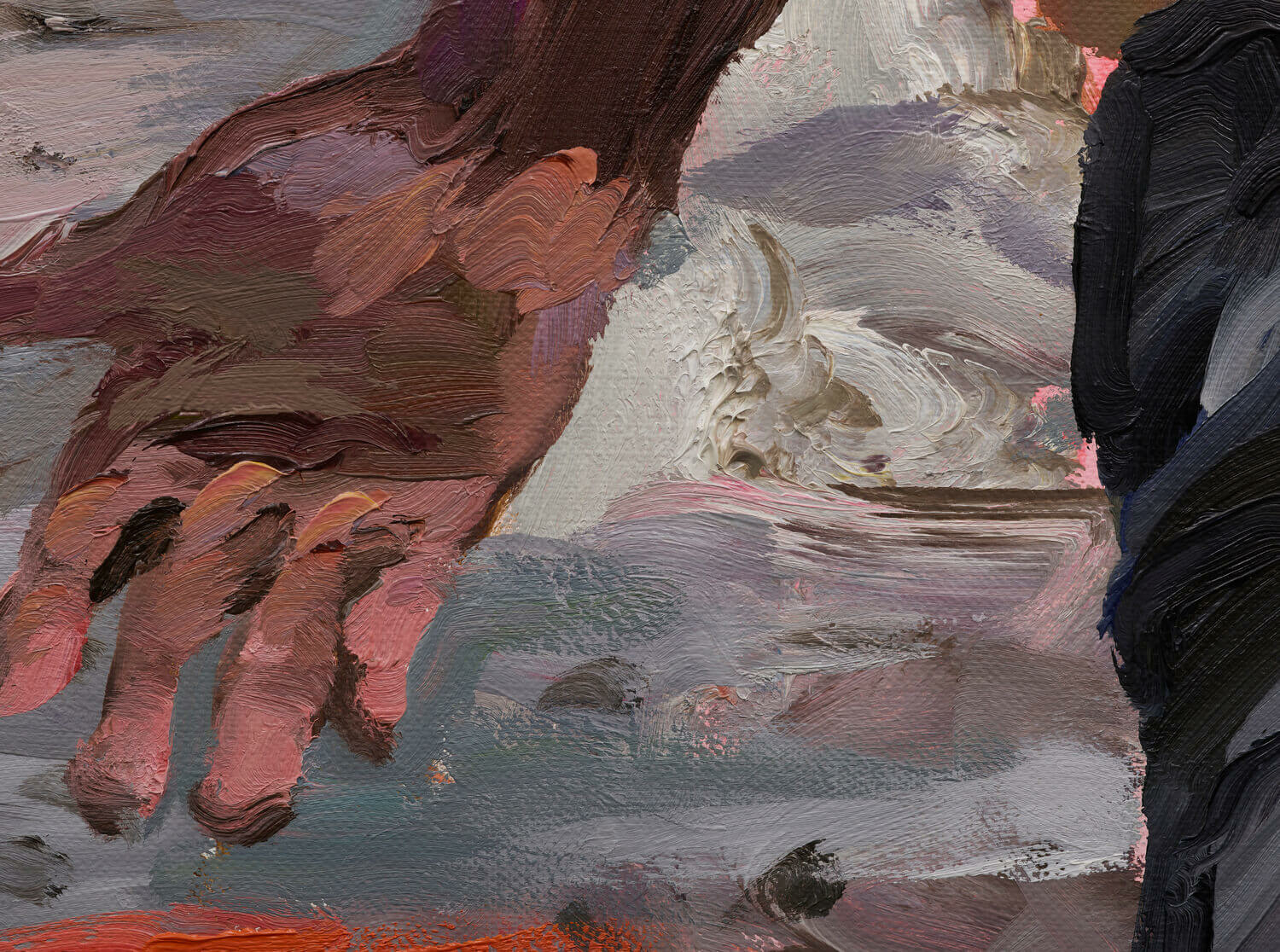 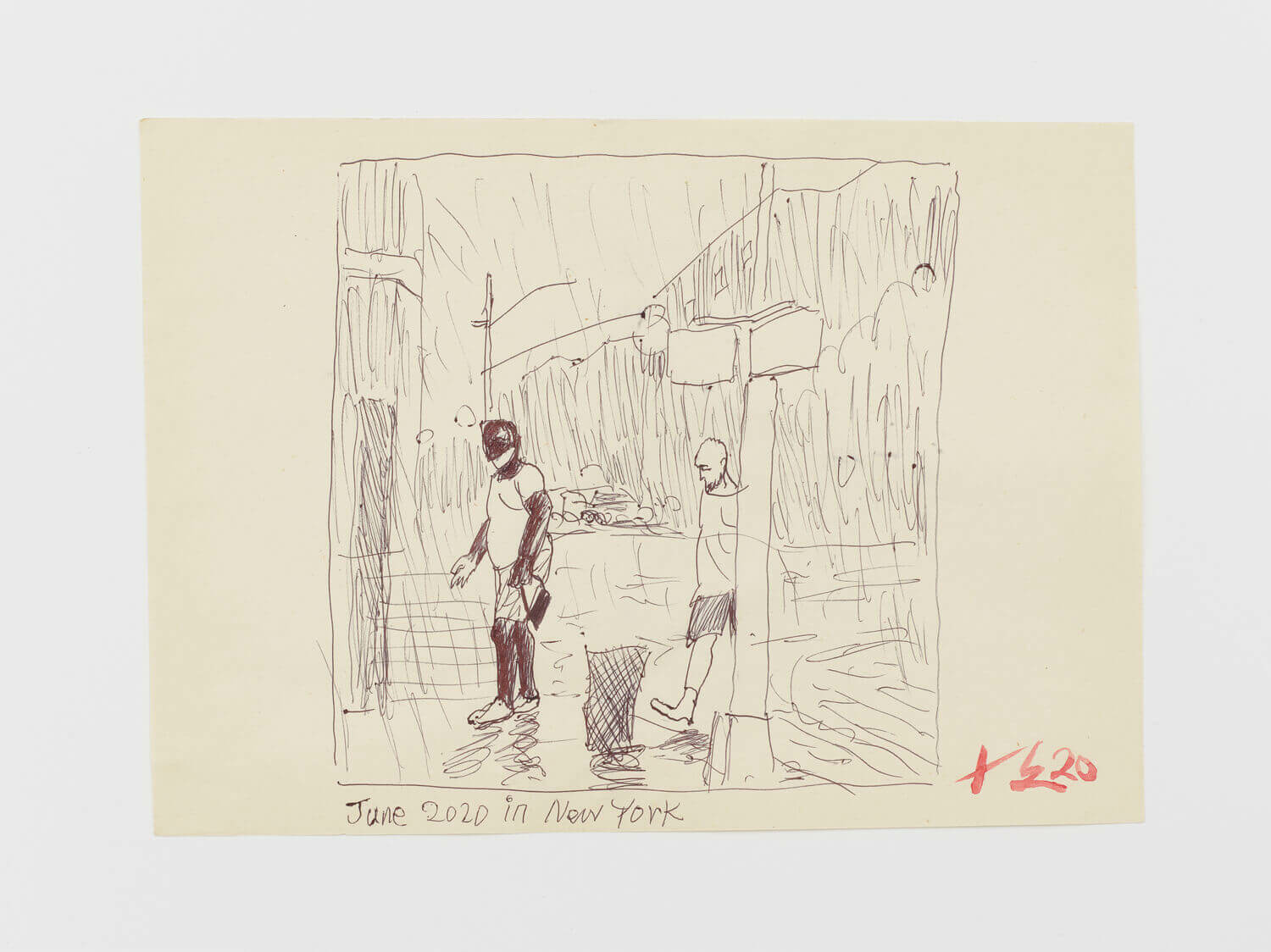 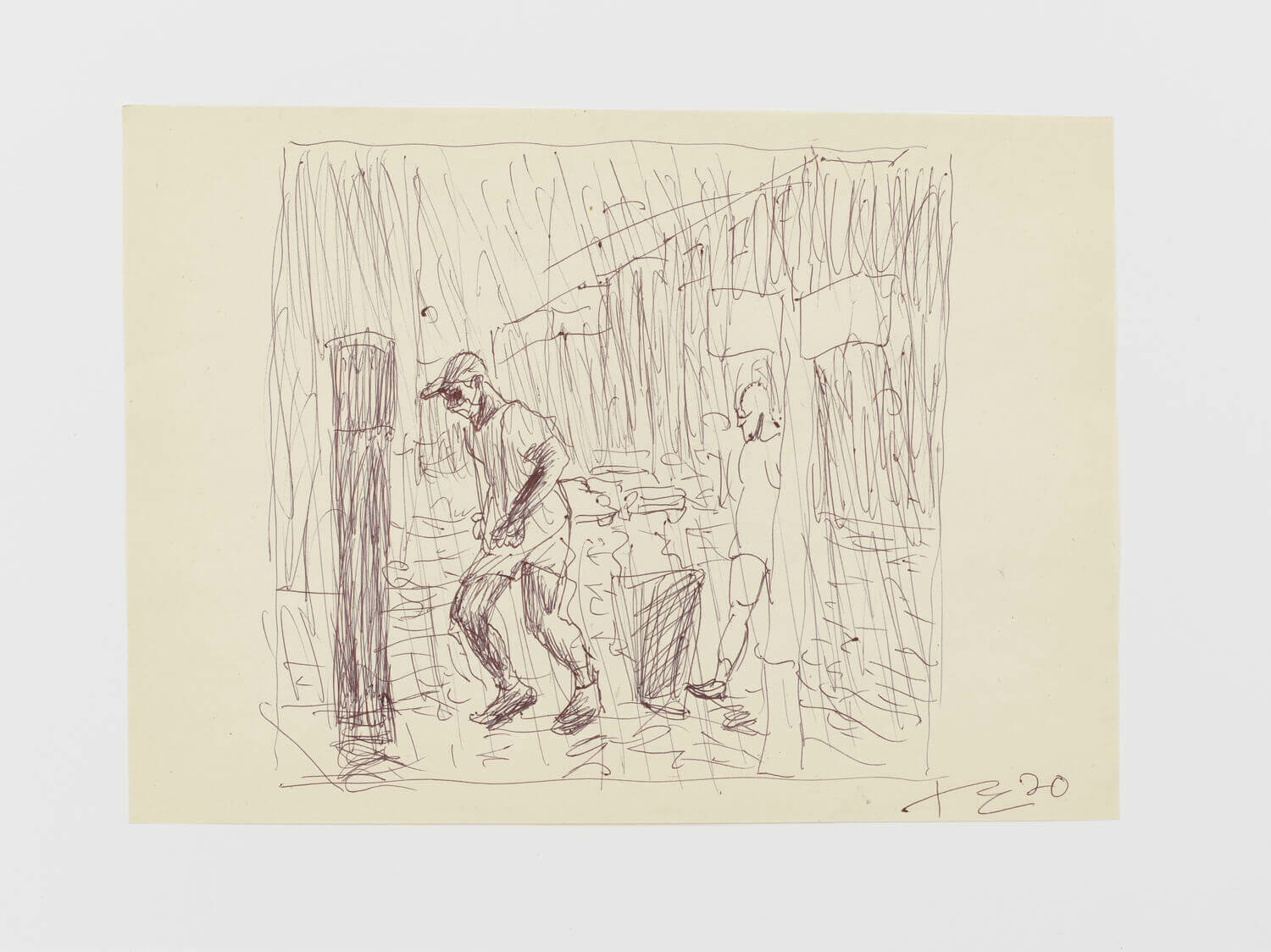 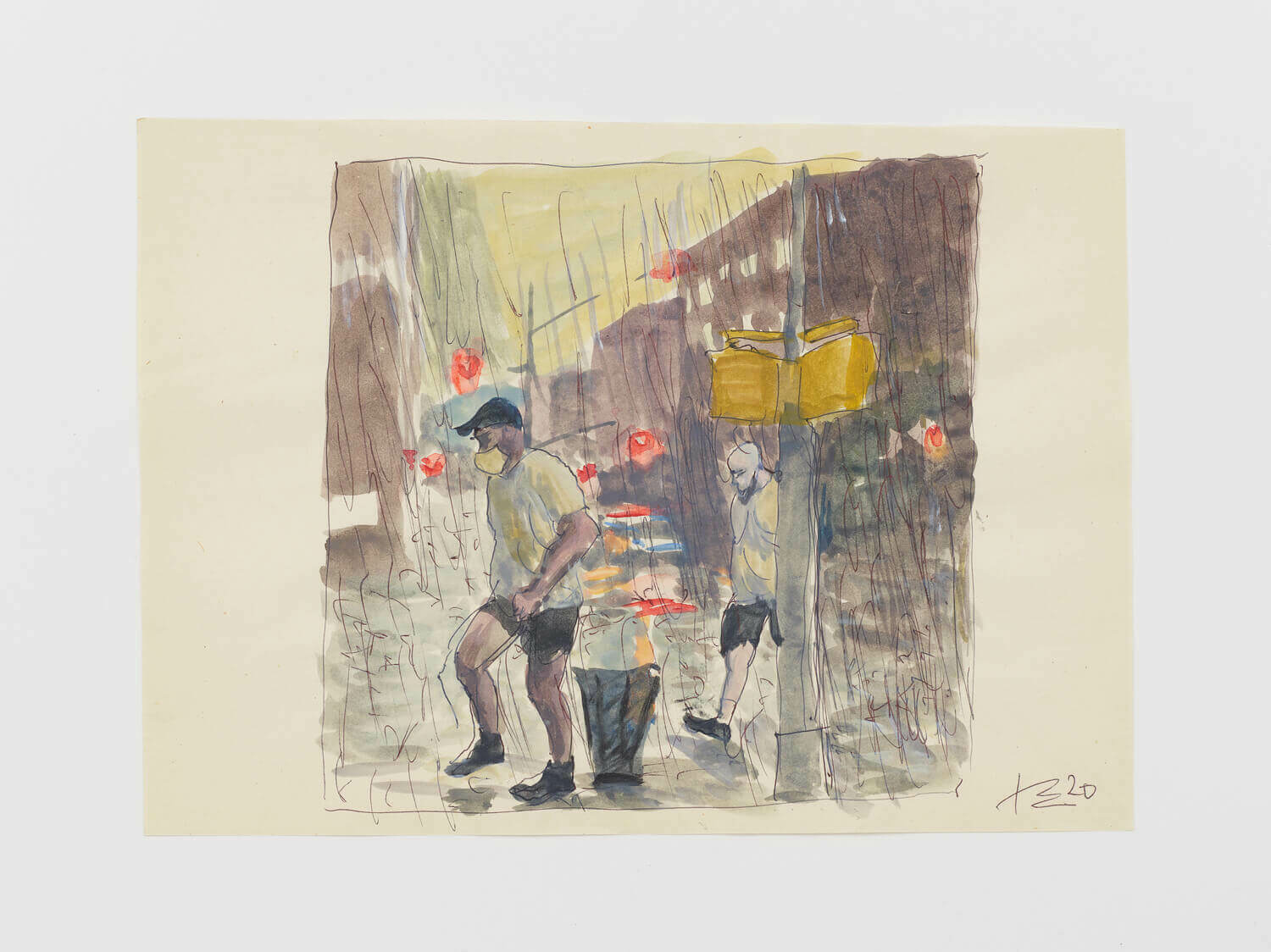 Study 3, 2020
Marker and watercolour on paper

Following the critically-acclaimed online exhibition earlier this year, Lisson Gallery is pleased to present a new painting by Liu Xiaodong. Based in Beijing, Liu Xiaodong frequently travels the world to capture the subjects of his extraordinary paintings of modern life. He was passing through New York from a project in Texas when the pandemic hit and his flights home were suddenly cancelled. He spent the lockdown in a small apartment in the West Village. From this makeshift studio, he created a series of watercolor paintings documenting the changing landscape of the city, which were the subject of the exhibition on Lisson Gallery’s website in early July. The painting on view in East Hampton marks the only painting he made in New York.

The scene in June 2020, New York (2020) was painted from photographs taken by Liu Xiaodong at the corner of Washington and Christopher Streets, just off of the usually bustling West Side Highway. In his now daily routine of exploring his neighborhood during the city’s lockdown, he came upon a Black Lives Matter protest held during what would have been the 2020 Pride Parade on the last Sunday in June. In his traditional observational style and with characteristic attention to detail, Liu Xiaodong captures the experiences of the city during this landmark moment for health, racial justice and politics. A difficult period for both New York and the nation, and at time when the artist was himself in a place of uncertainty in a city far from home, he is able to document this ordinary moment in exceptional cinematic detail.

Since its inauguration this summer, Lisson Gallery’s 1,000 square foot East Hampton space has presented exhibitions focused on both seminal, historic artworks and premiered new bodies of work. Previous artists on view include Stanley Whitney, Carmen Herrera, Anish Kapoor, Van Hanos, Joanna Pousette-Dart, Sean Scully and Shirazeh Houshiary. This focused format, in an intimate setting, recalls the origins of Lisson Gallery, which was established in 1967 in a storefront window on London’s Bell Street. The Long Island location of the new space joins Lisson’s two other galleries in the New York area, including the recent expansion to a second location on West 24th Street in Manhattan’s Chelsea neighborhood.

The gallery will be open to the public Thursday to Sunday, from 11am to 4pm. The health and safety of visitors remains a top priority, and strict measures will be implemented in the space to mitigate the spread of COVID-19. A mask will be required for entry, and hand sanitizer will be provided. Please click here for further details about the guidelines and to schedule an appointment.

Read more about this painting and Liu's period living in New York this spring in the latest instalment of Lisson Studio, here.