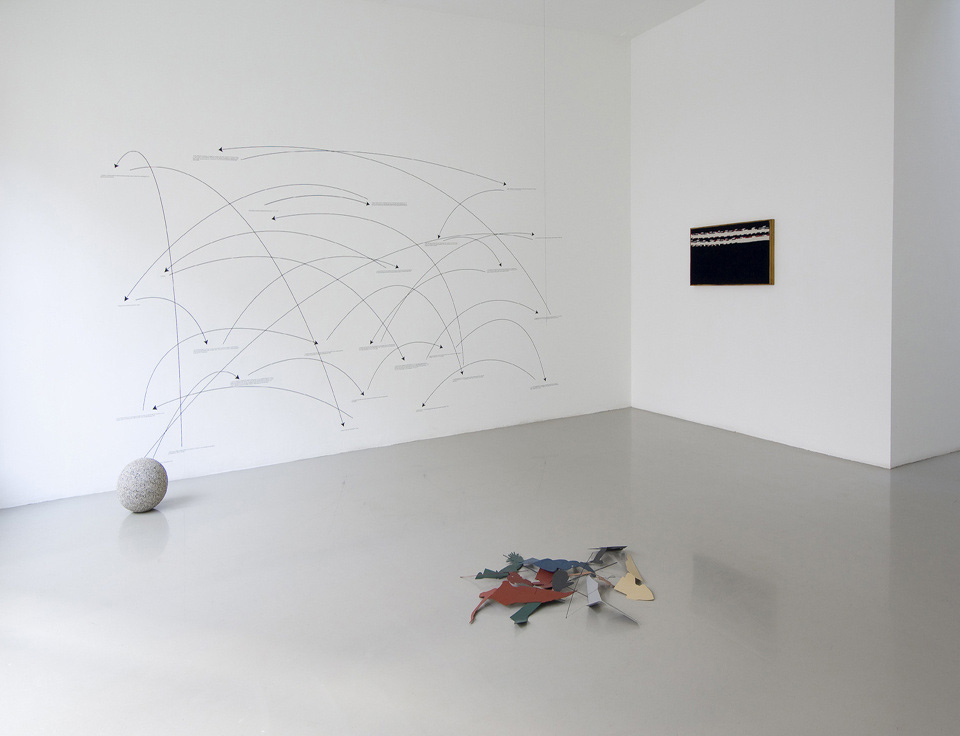 
Many works in the exhibition exist as evidence of the occurrence of ideas or narratives that ask to be unfolded. While being fully accomplished actualities, they point at or involve the staging of their own making, attempting to preserve the openness and complexity of their conceptual gestation. A sense of openness also seems to be the result of a sort of reverberation travelling from the work to the viewer, who is asked to draw a number of connections between the object encountered and its surrounding discourse, its formal references, the actions it solicits or it is an index of and, in some cases, its textual component.

Alek O.'s 'Montevideo', 2009, is the result of a simple and yet marvellous metamorphosis, transforming a jumper into an embroidered, geometrical landscape. In a similar way, with Ryan Gander's 'A shadow of 'Here is a work' (for the crows to pluck)', 2009, and 'Crooked on the outside and the insides broke - (Alchemy Box No. 17)', 2009, it is possible to mentally restage the chapters of stories of physical projection, translation, fall and even alchemical transformation that originated the works. Sean Edward's 'In advance of what we actually can do', 2009, acts upon a different sort of translating act, grouping activities into archetypal and highly evocative definitions, while eliciting situations of physical engagement and understanding of one's body in relation to the surroundings.

In the following room elements as diverse as a grey monochrome painting (Anna Ostoya), cut out sections from a photograph (Ryan Gander) and sculptural elements relating to a text on monitor (Benoît Maire) call for interpretations soliciting memories, inciting cross-readings or inviting one's imagination to fill in visual gaps.  Anna Ostoya's paintings, collages and sculpture from the series 'From a to ∞', 2008-09, address issues of violence and war. They are layered works that refer to the complex history of the developments and definition of different artistic genres, from Abstract Art to Futurism, Constructivism and Socialist Realism. Benoît Maire's 'The Aesthetics of Differend, from 4.11 to 4.19', 2009, is a composite sculpture in which objects carefully arranged for the viewer had previously been manipulated in order to generate a text (presented on monitor) which continues the artist's aesthetical investigation on Lyotard's philosophical concept of 'the differend'.

Lucy Skaer presents a new print work, 'Ibid', 2009. A number of large signs, resembling letters of an unknown alphabet arranged linearly as in a sentence, were realized by pressing the inked surfaces of a chair, in a physical engagement with the process of printing. On one side of the work, Aluminium leaf has been layered over the print so to delineate the blown up photographic image of two actors in the act of speaking. The work tackles complex and overlapping issues of marking, indexicality, visual constitution of meaning, recontextualisation, re-enactment and staging of gender relationships.

In Ryan Gander's 'Linus Van Pelt and a world of Endeavour, Ambition and Optimism', 2008, the artist has meticulously traced all different shapes of Linus's mouth in an animated version of the celebrated cartoon Peanuts, in which the shy and yet philosophically inclined young character makes a discourse to be elected president   of his school. The different shapes of the little mouths tracing the perimeter of the room indicate different levels of ardour and intensity in the character's discourse and can possibly act as non-verbal signifiers of Linus' wise and optimistic speech.

The adjacent room is dedicated to different photographic portraits: Sean Edwards'  'It's not what we wanted but we'll settle', 2008, Ryan Gander's 'A portrait of Mark Leckey', 2009, and Alek O.'s  'Self-portrait Without Glasses', 2007. In different ways, each one of these works undermine conventions in the genre of portraiture, denying the possibility of representing an inner-self, playing with conventions in the titling of the works and de-mystifying the role and pathos of the lonely artistic quest. Two more of Gander's new works in the exhibition, 'Announcement for the book 'The book of I don't know you'' and 'The book of 'The Sitting'' relate to his project 'The Sitter': a series of works conceived as lateral if not allegorical portraits that will develop from a direct engagement and conversation between the artist and the commissioners.

Finally, in Sean Edwards' ' Looking at a Cardboard Box', 2008, the cardboard box that has been functioning as a prop in many of the artist's sculptures and paintings is digitally animated in a perpetual motion of opening and closing, as moved by a continuous, unfolding potential. 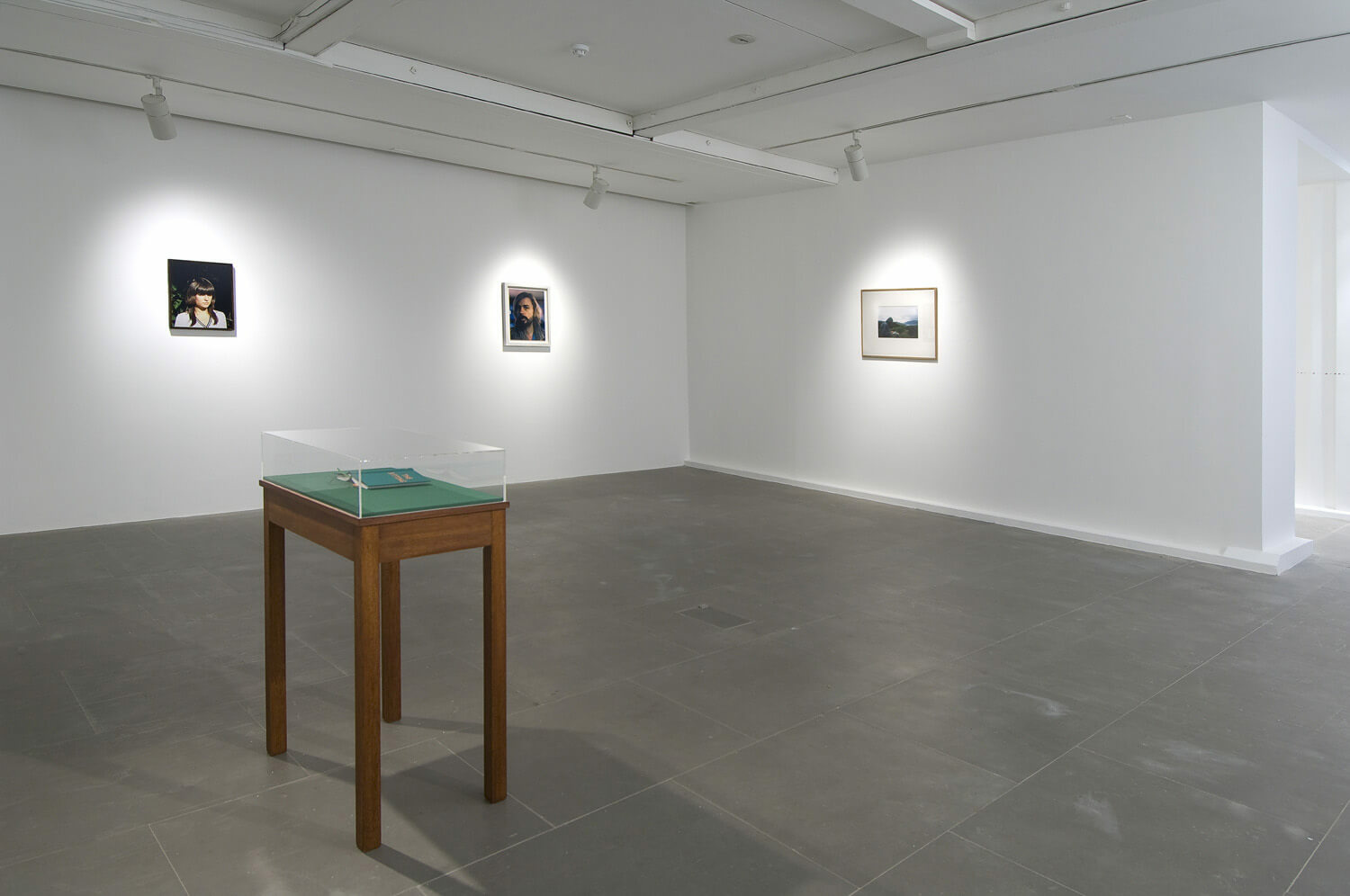 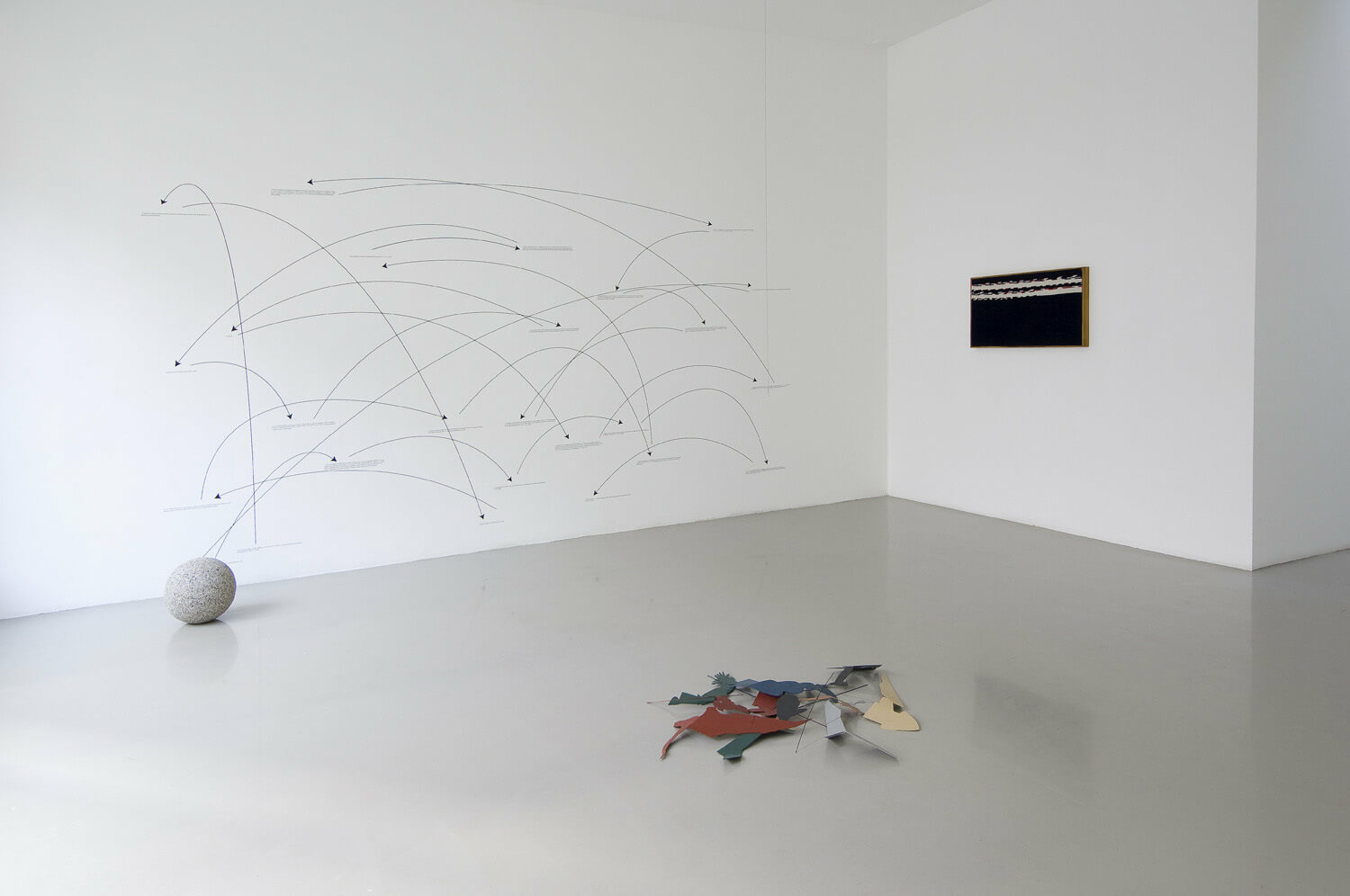 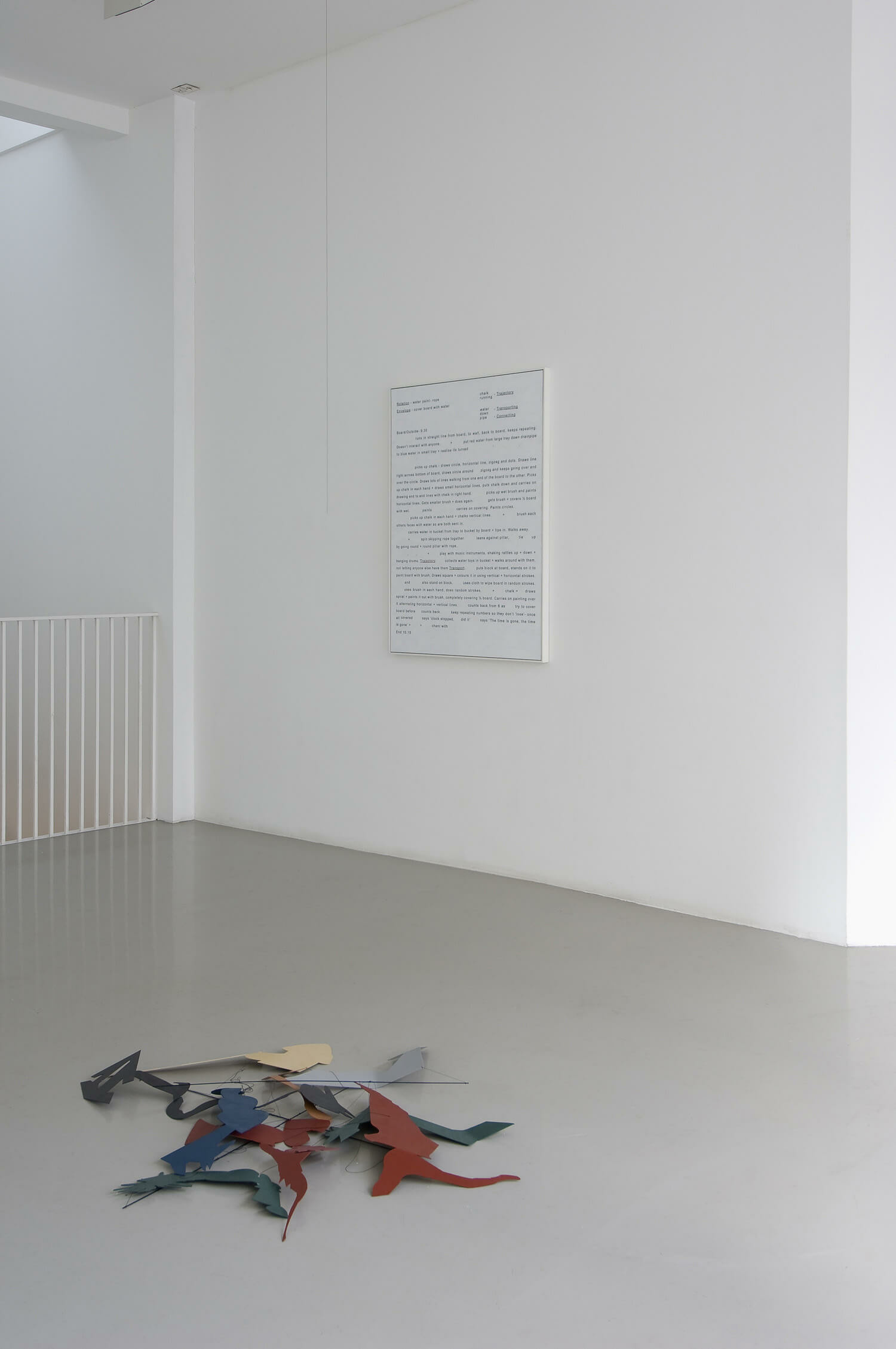