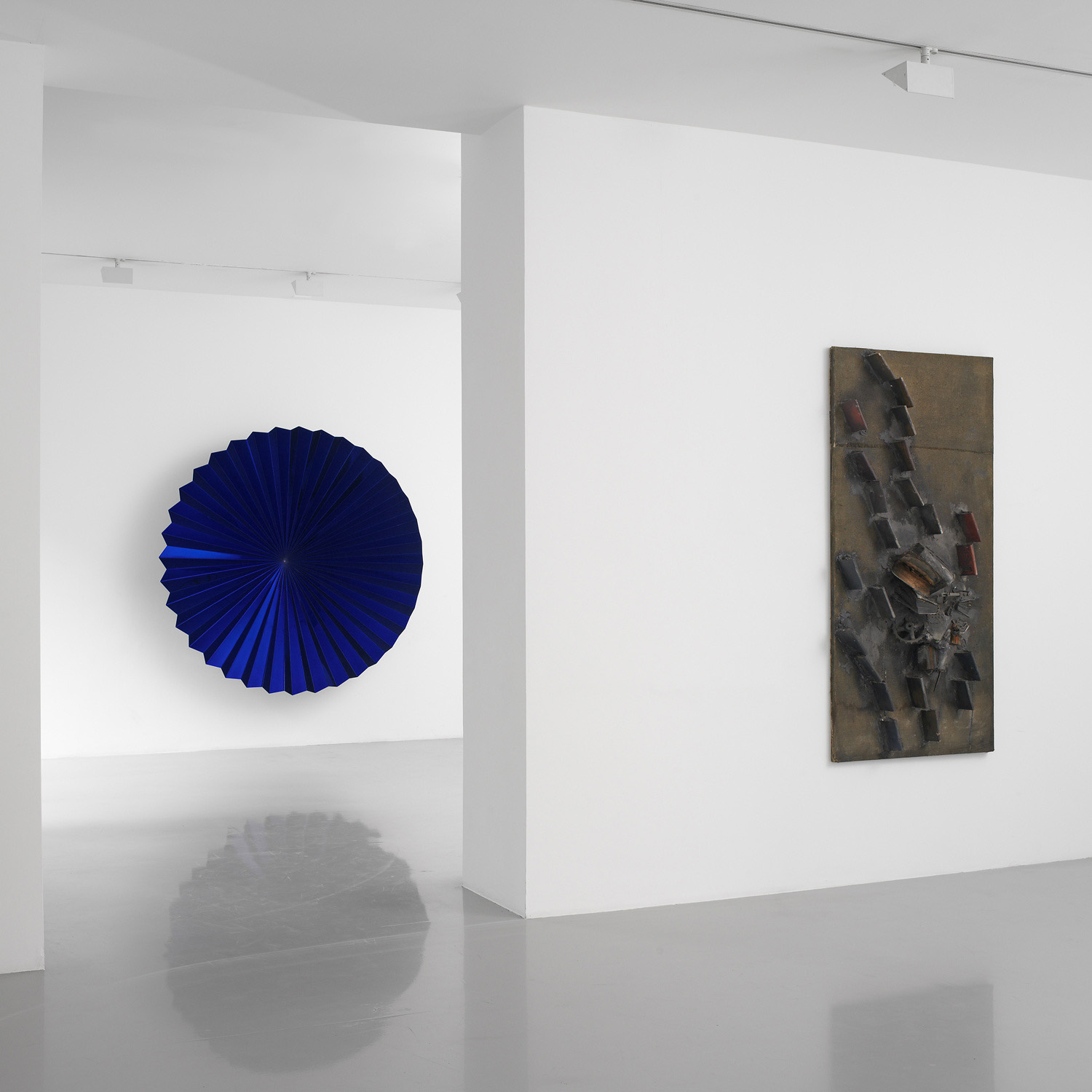 The third instalment of Lisson Presents features a new work by guest artist Haroon Mirza, whose multi-media installations have attracted attention since his graduation from Chelsea’s MA course in 2007. The selection of work by Mirza alongside Lisson Gallery artists Richard Deacon, Anish Kapoor, John Latham, Max Neuhaus and Tony Oursler explores the capacity of artworks to synthesize different dimensions – material, sensory, symbolic, emotional – into holistic representations of complex states. In particular, each artist demonstrates a precise, personal engagement with sound – through rhythm, vibration or the musical quality of the human voice.

Adhãn, a new mixed media installation by Haroon Mirza, emerged from the artist’s extended visit to Pakistan in 2007-8, when he researched the place of music in Pakistani culture. Mirza creates concise sculptural installations of found objects including furniture and animated by video, sound and other electronic elements. Operating in their own separate registers, these distinct elements nevertheless form part of an interconnected composition or system both literally (the sonic rhythm is echoed by a light display) and conceptually. The Arabic word ‘Adhãn’ is the Islamic call to prayer, recited five times a day by a muezzin. Mirza’s installation draws on a film of the same title he has made to be screened in the Sheffield Pavilion during the Istanbul Biennial in September 2009. The film samples a passage of acoustic guitar by Cat Stevens from a concert televised by the BBC in 1971: this music triggers the rhythmic playing of a cellist and the silent, illuminated call of a male figure who adopts the pose of the muezzin. In Mirza’s installation sounds and images, both recorded and live, flow through or are contained within a series of found objects in an integrated circuit of meaning.

In the adjoining room is a small display of drawings by the distinguished sound artist Max Neuhaus, who sadly died in February of this year. Neuhaus made sound installations designed for specific environments. He said, “Traditionally, composers have located the elements of a composition in time. One idea which I am interested in is locating them, instead, in space and letting the listener place them in his own time.” Neuhaus did not exhibit documentation of his installations, believing them meaningless out of context, but he regularly exhibited drawings used to plan and prepare his work. Drawings from the series Intersection, 2000, are presented here as a tribute to Neuhaus’ pioneering and beautiful work, a strong influence on Mirza.

Anish Kapoor presents Untitled, 2008, a stainless steel and lacquer sculpture and recent exemplar of the artist’s exploration of circular wall-mounted forms (in turn part of his wider engagement over the past decade with reflective surfaces in objects intended both for the gallery and the public realm). Alongside their formal perfection and clarity, these works are notable for their experiential presence and immaterial associations. The reflected image of viewer and space sits not within but in front of the work, apparently floating between the object and the viewer. Like the earlier Halo, 2006, this work offers a folded, multi-dimensional, composite image of the world heightened by the alternate reality of its sonic presence.

Richard Deacon presents two works. Siamese Drawing 2, 30 March 2009, is made directly on the gallery wall using masking tape and graphite. The piece combines two shapes scaled up from the artist’s Alphabet drawings of 2004-5, two-dimensional representations of three or more dimensions, multiple facets suggesting composite fractal form. As in his recent ceramic works in the Siamese series, already complex forms are turned into almost impossible puzzles by being conjoined to share a plane. Deacon also presents a sound work, UHMM. Martin Kreyssig made the original recordings during an interview between Richard Deacon and Dr. Julian Heynen while sitting on a bandstand in the Stadtpark, Krefeld, Germany on May 13, 1991. The interview was used in a documentary film while UHMM was formed from the material not used in that film.

Two important book reliefs by the late John Latham are shown: Bachelor Experience Negative, 1962 and Untitled, 1987. The earlier work is notable for its links with Latham’s first major book relief, the powerful The Burial of Count Orgaz, 1958, inspired by El Greco’s painting of the same title of 1586. The work’s title and mechanical / cultural references also evoke Marcel Duchamp’s complex masterpiece The Bride Stripped Bare by her Bachelors, Even, 1915-23. These two art historical antecedents, iconic images of the passage from one state to another, are among the influences that led Latham to his radical work which also pursued his parallel interest in physics. The Untitled work shown here is unusual in combining several of Latham’s motifs of the early 1960s: the book reliefs, ‘plumbing’ as a metaphor for the transmission of knowledge across generations, and ‘roller paintings’ exploring time in paint. (John Latham’s home and studio, known as Flat Time House, is the centre of a series of events and exhibitions this year exploring the significance of Latham’s work and thinking: www.flattimeho.org.uk.)

Tony Oursler’s AWGTHTGTWTA (Are We Going to Have to Go Through with This Again?), 2008, was developed in collaboration with students from Liberty High School and Clinton Middle School in New York. AWGTHTGTWTA links the public space of the Fulton Houses playground with children’s ideal fantasy worlds. Working with teens from Liberty High School and Clinton Middle School, the artist produced a collaborative video of students performing readings that describe their thoughts of the future. The original audience actively participated with the installation by sending text messages that became part of the projected footage. The installation explored the link between compulsive online gaming, improvisational singing on YouTube and chanting of a youth chorus. The final work, a video projection onto a translucent screen, was originally shown outdoors in autumn 2008 – Chelsea Physic Gardens in London, Nuits Blanches in Paris, and Fulton Houses Playground in New York as part of The Chelsea Project.

On the first Wednesday of every month a new presentation will open to the public at 29 Bell Street. Each will include three complementary elements: work by a guest artist not represented by the gallery; a new body of work by a Lisson artist; and a focused display of works by Lisson Gallery artists from 1967 to now. 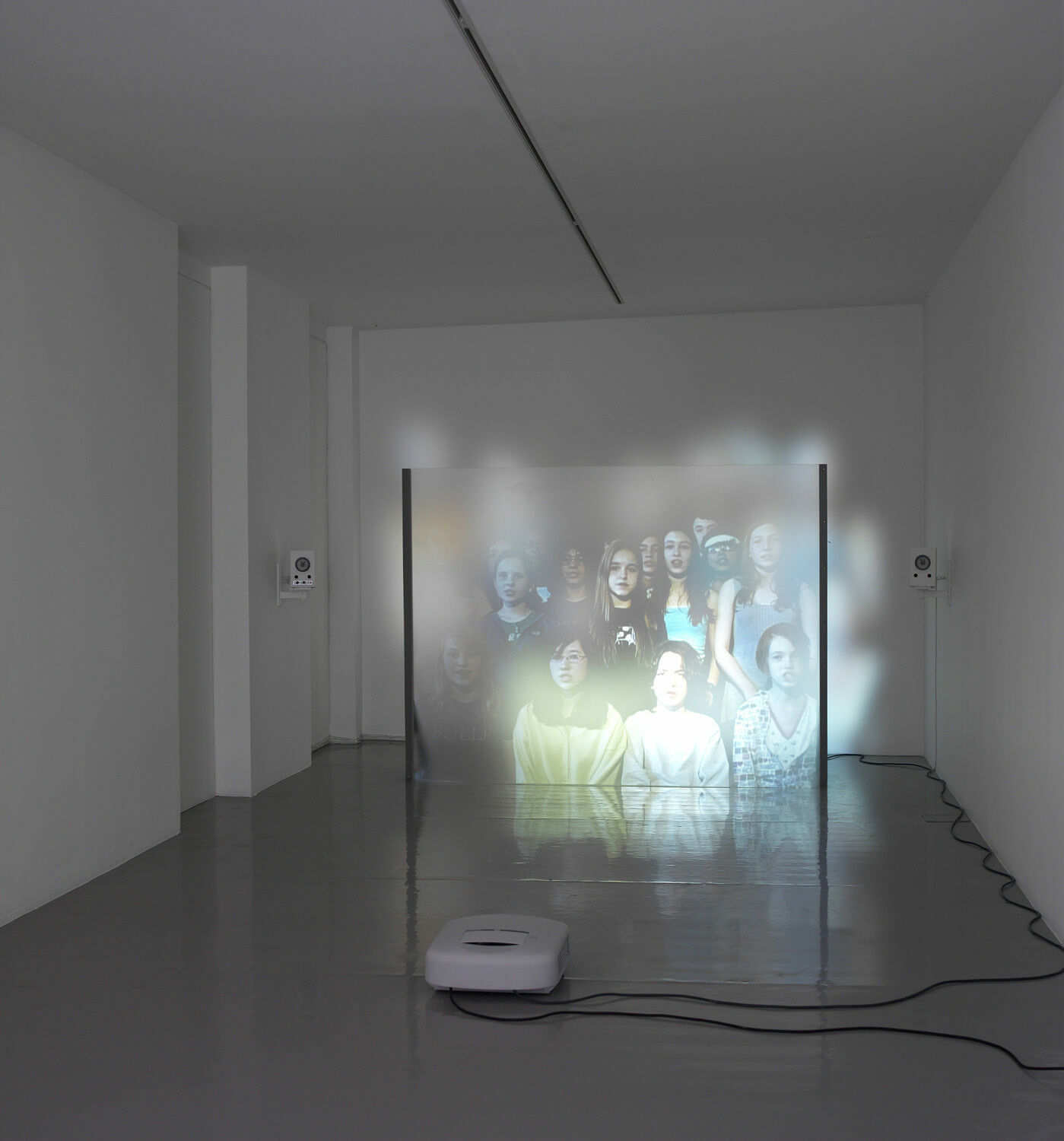 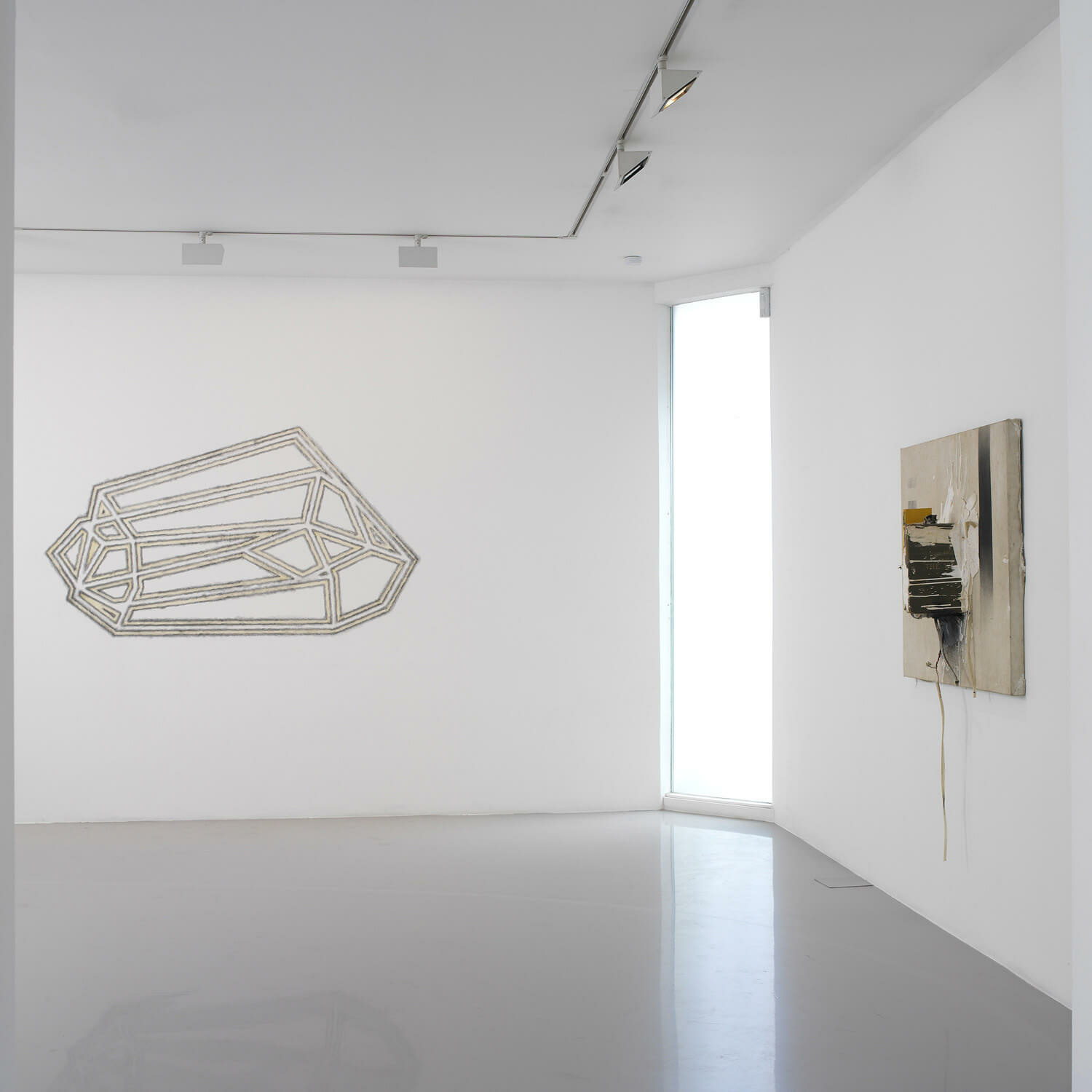 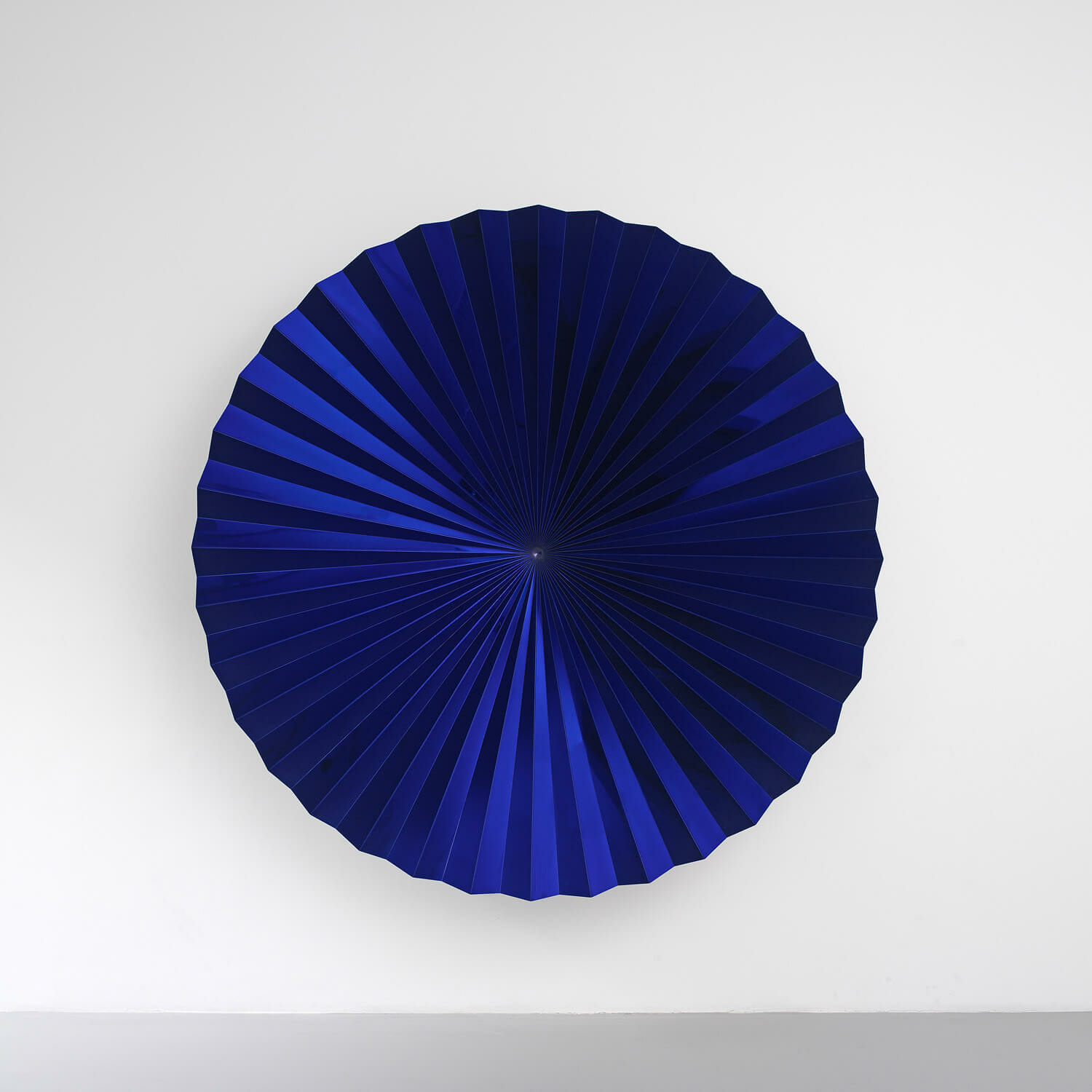