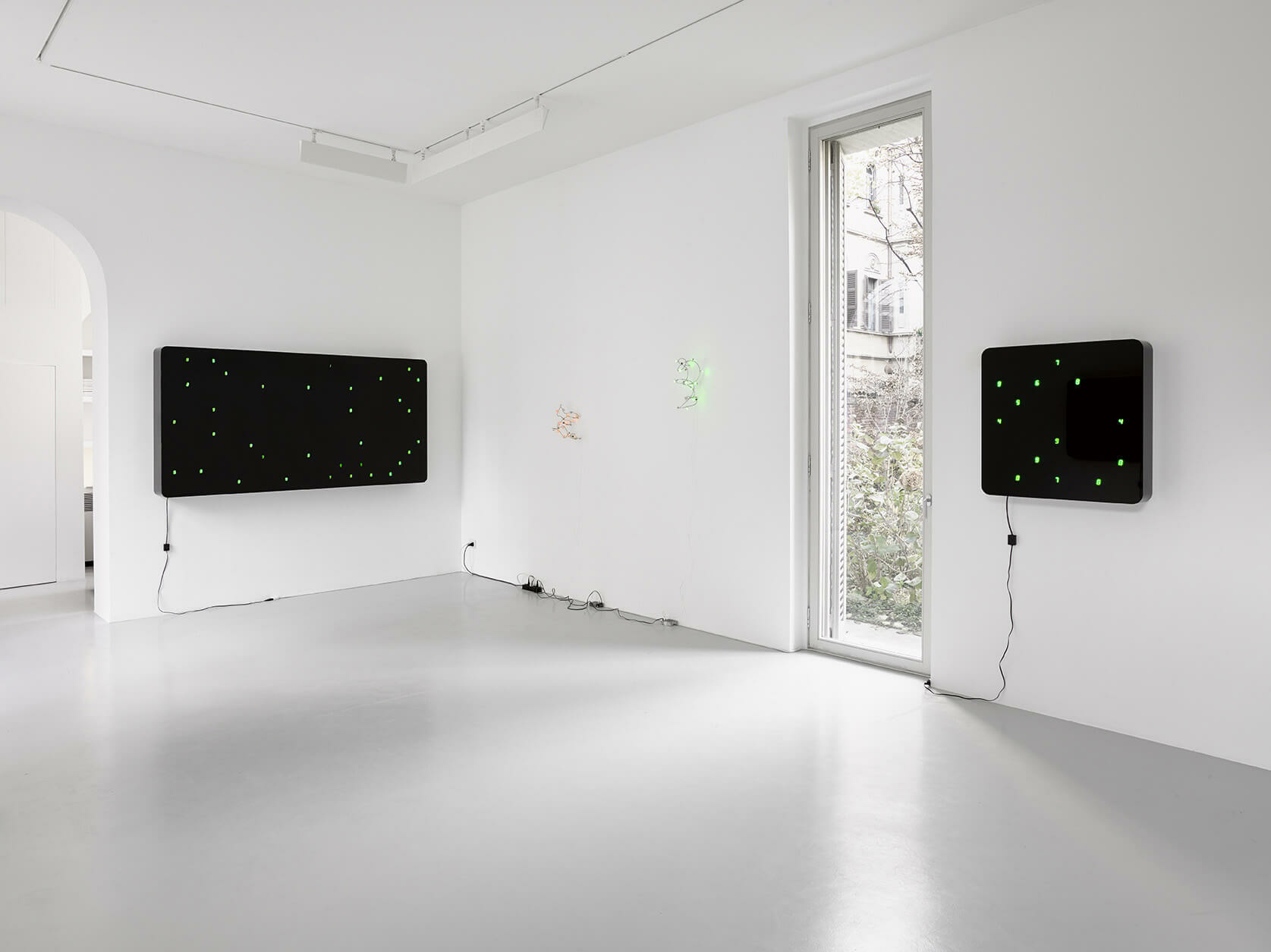 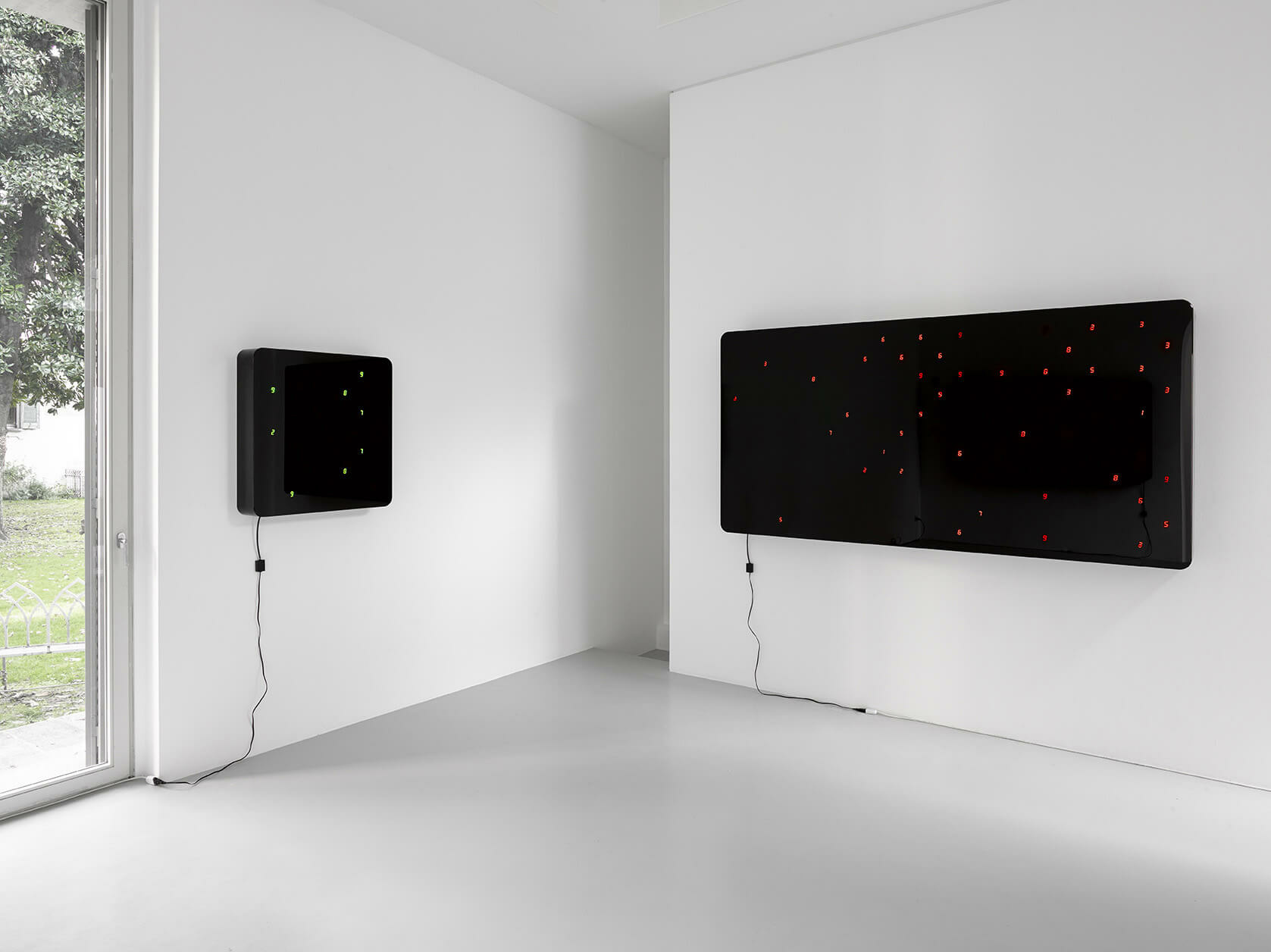 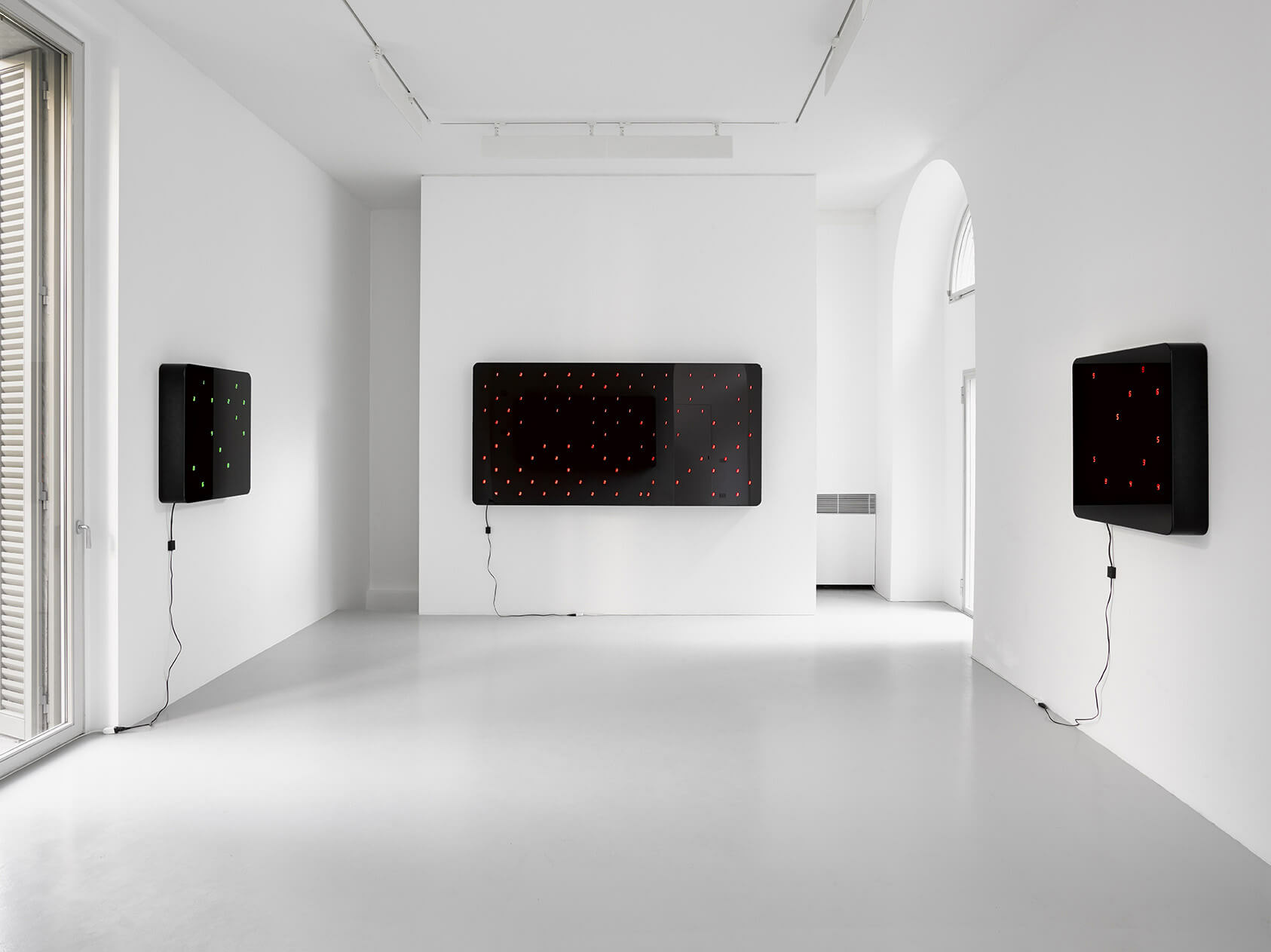 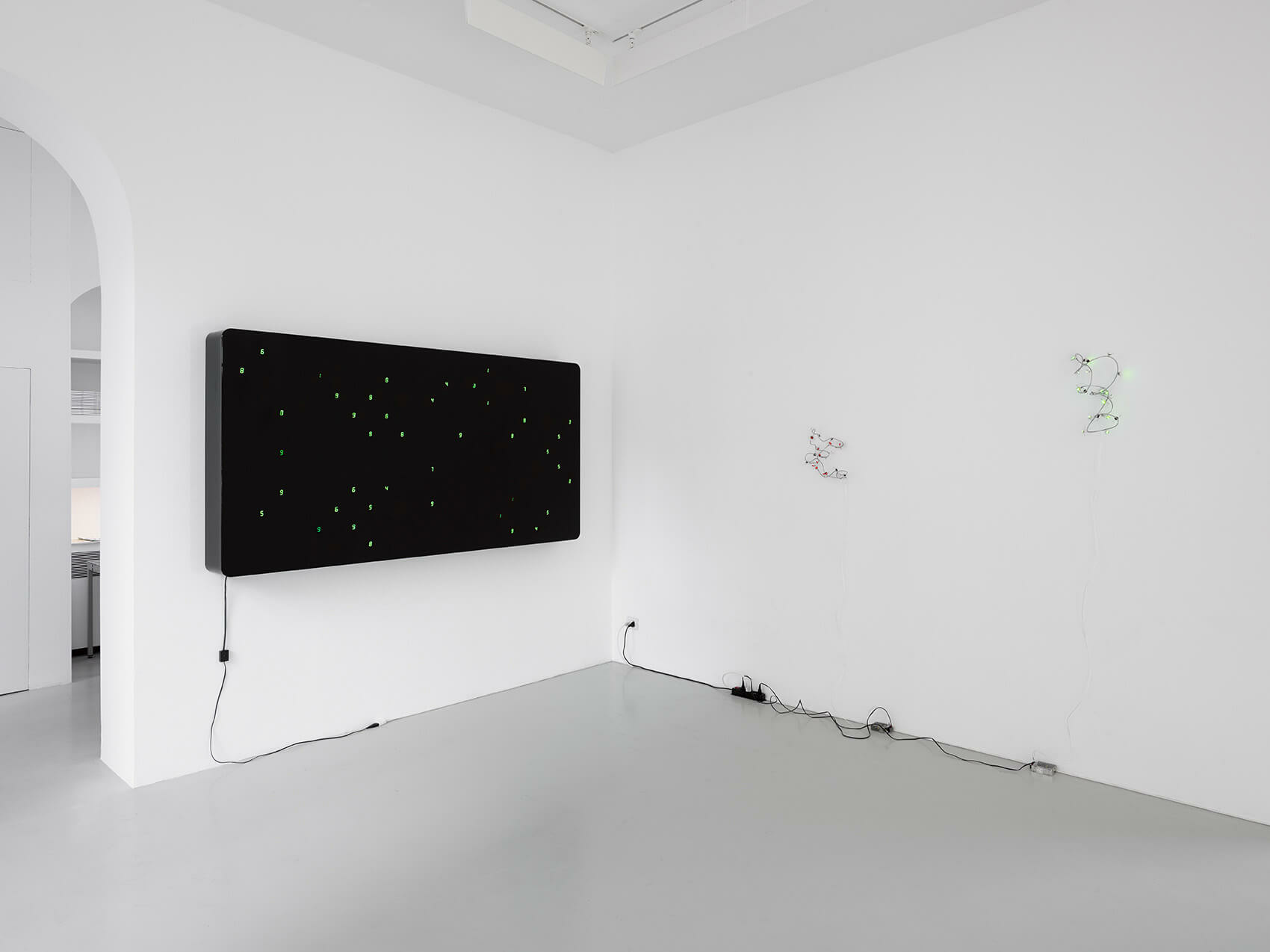 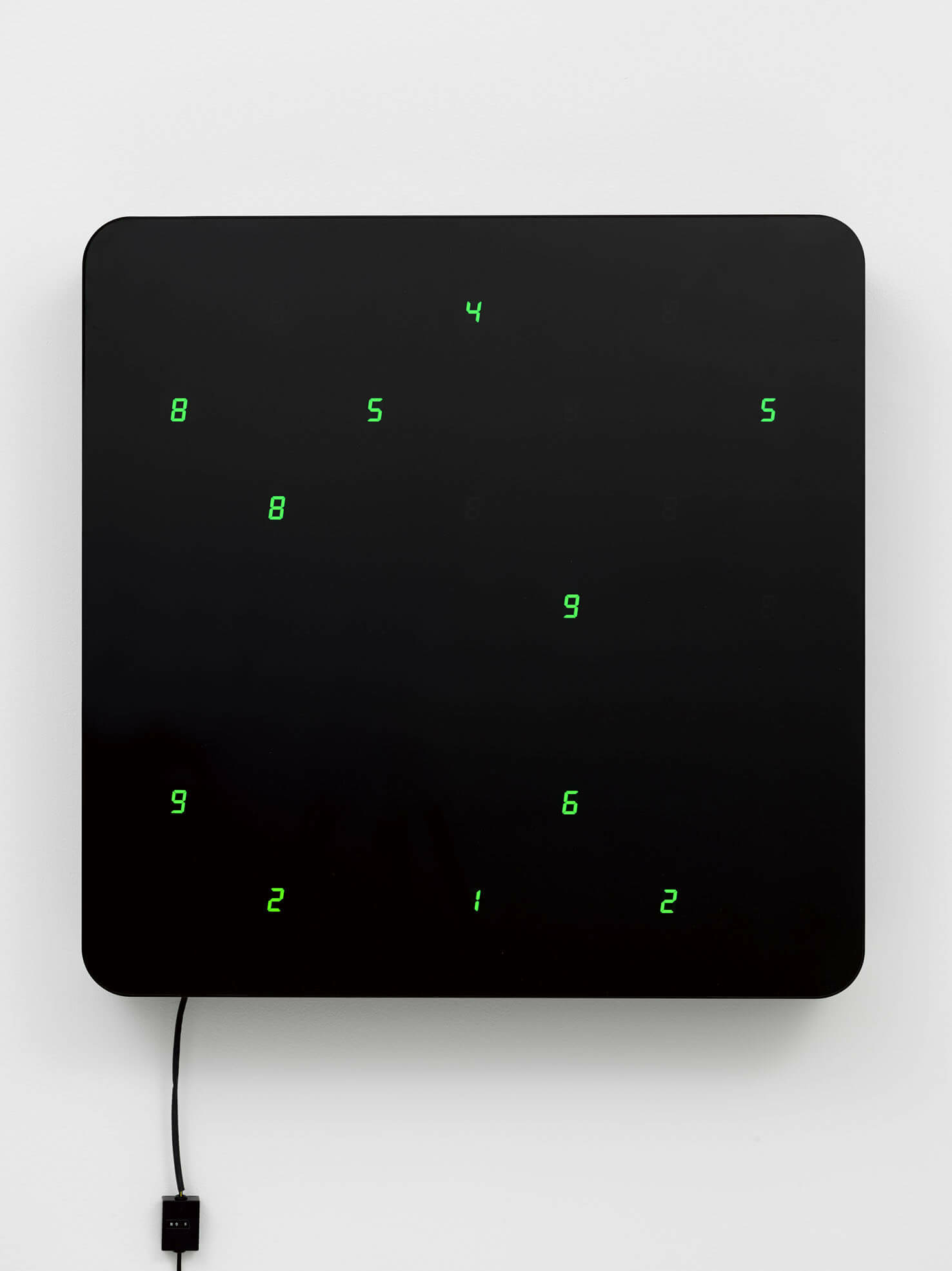 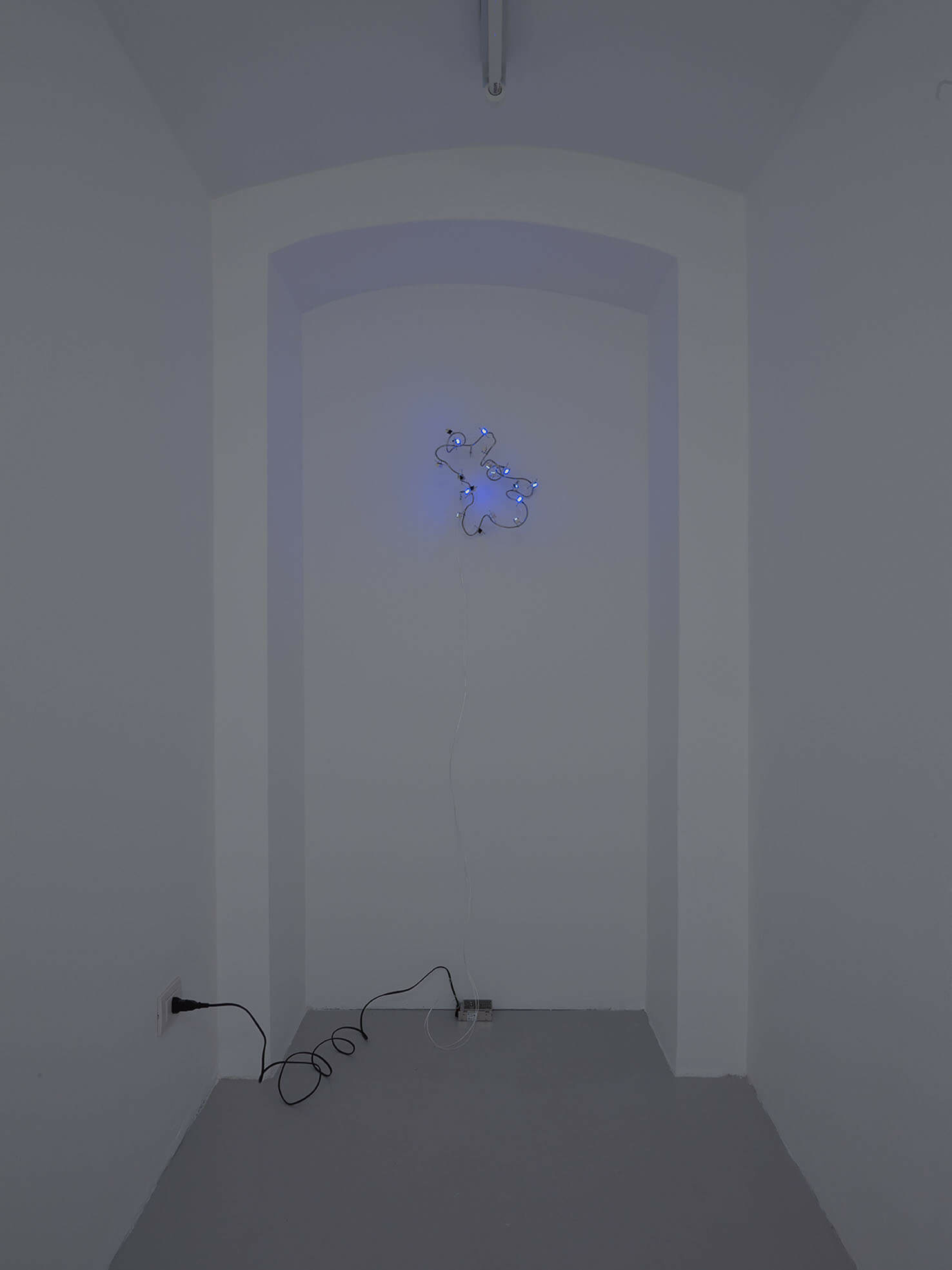 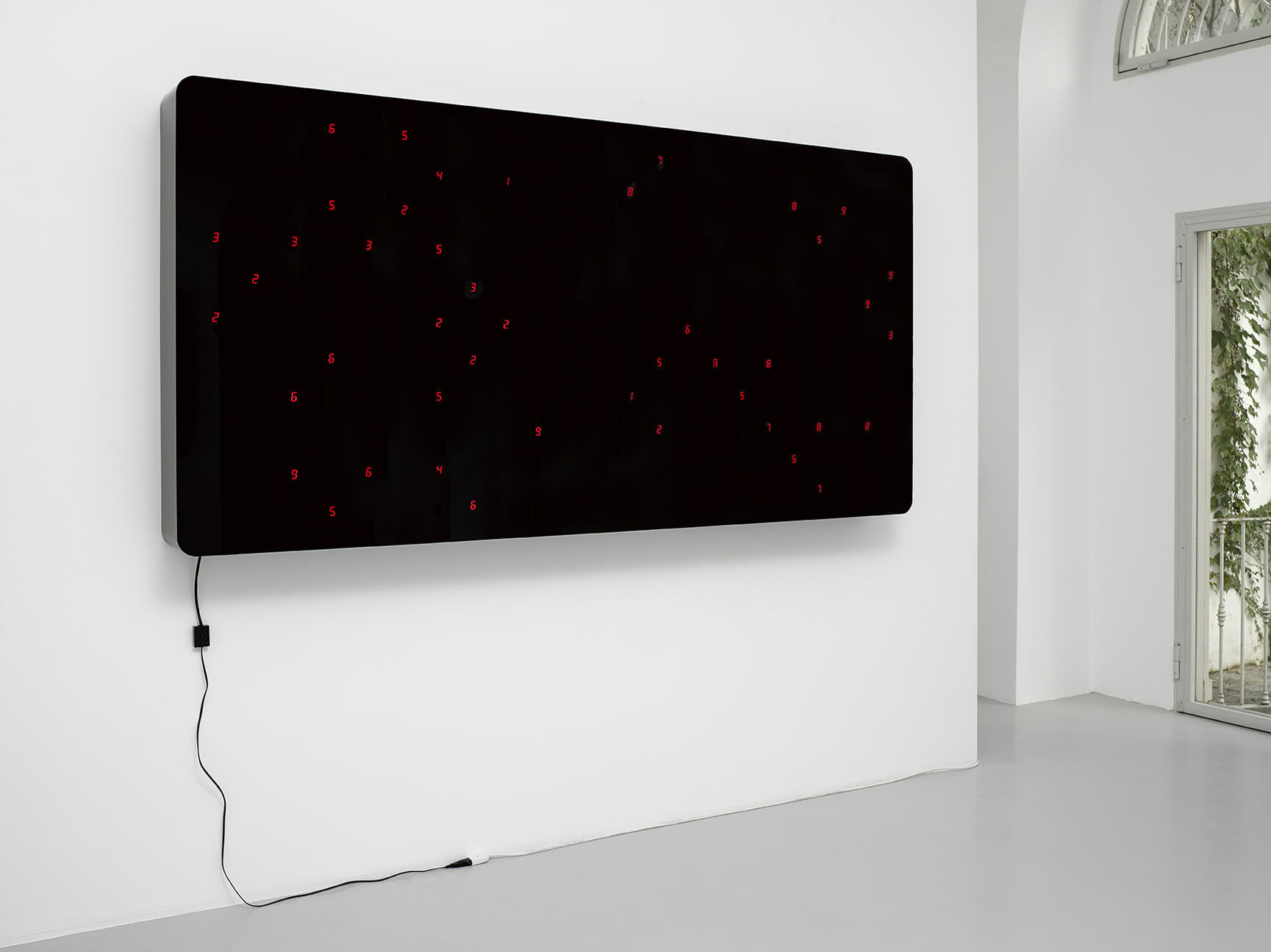 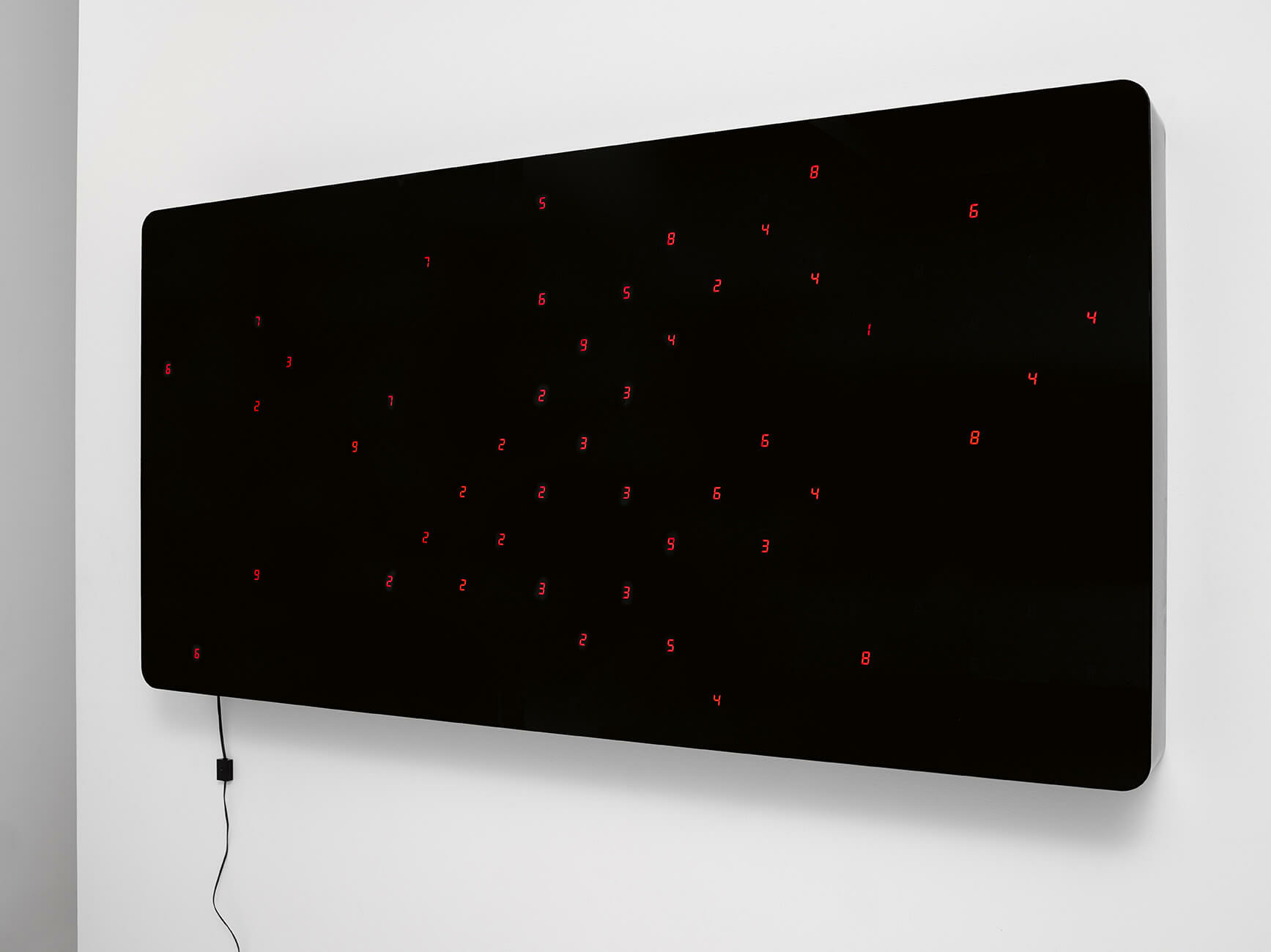 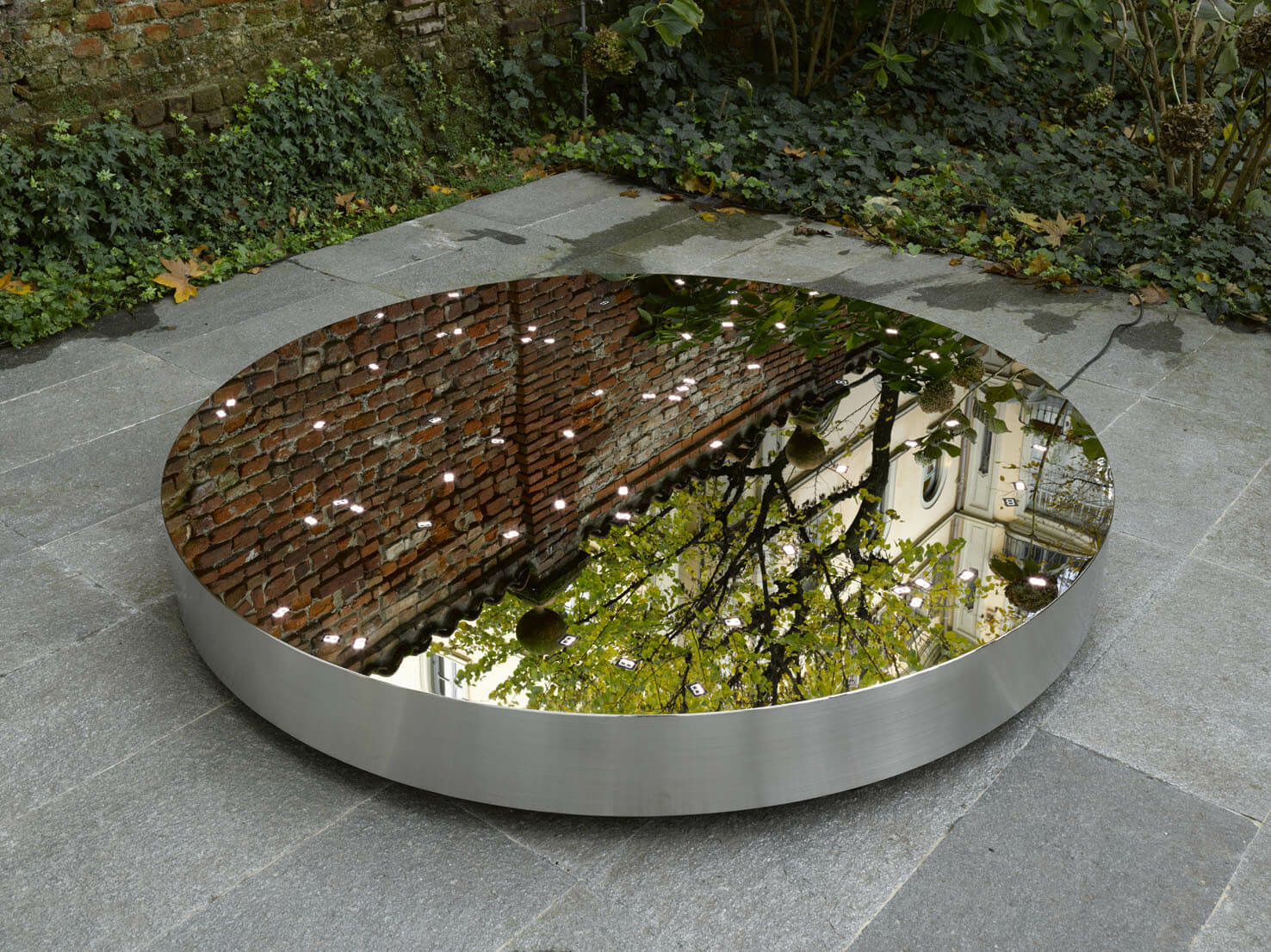 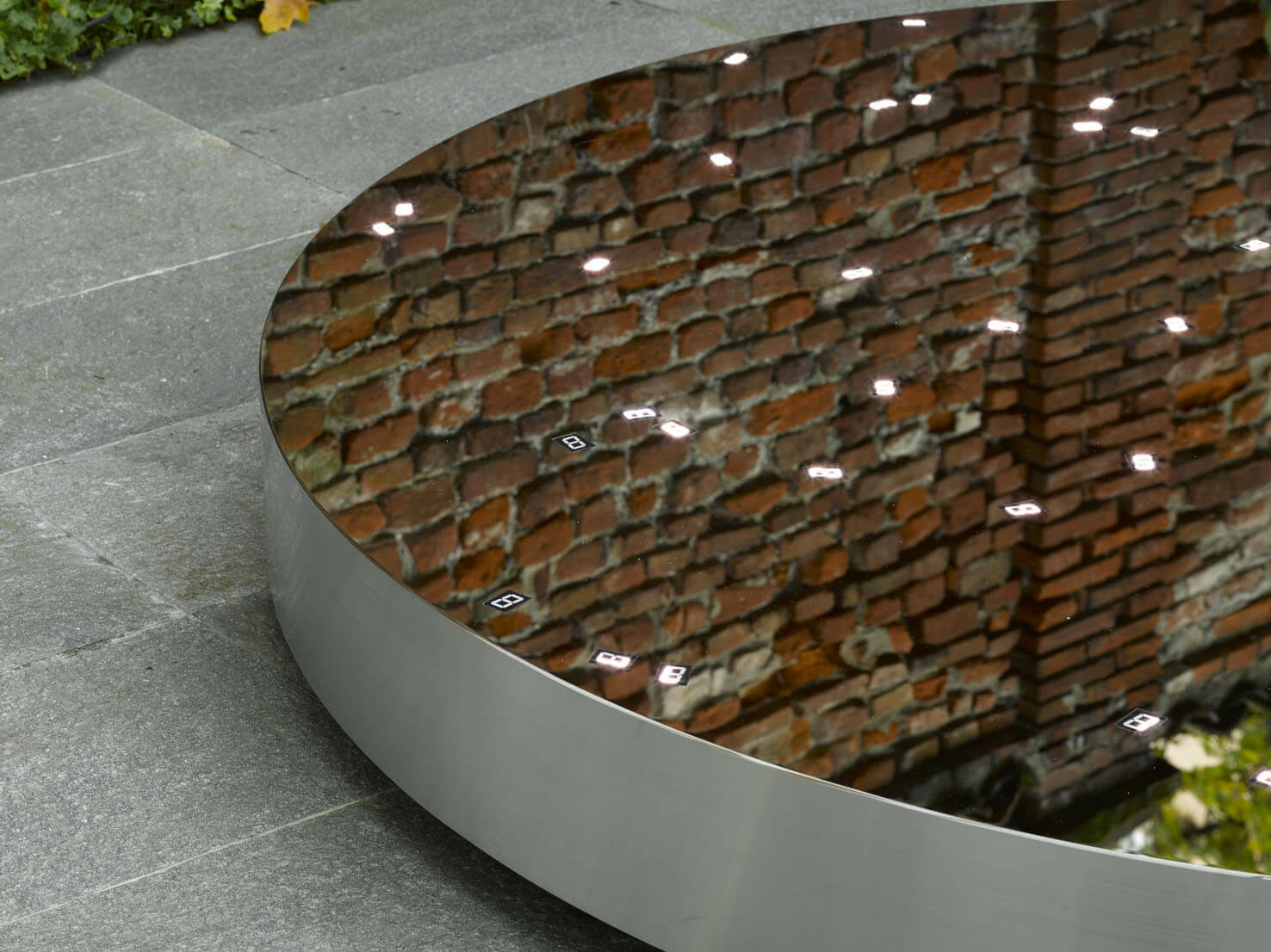 “Is death really nothing?”

Tatsuo Miyajima’s first solo exhibition in Milan revolves around a new body of work that continues his pioneering use of technology in sculptural assemblage and interactive installations. The show is titled KU, a term that signifies ‘empty’ in Japanese, but which also stands in for the numerical starting point, zero, which has always represented a null state or death for the artist and has consequently not featured in his life-affirming work. For the first time in his career-long exploration of numerology and symbolism, Miyajima is questioning whether there is anything more to this nothingness, taking his cue from the Buddhist tenet that describes death as a period of rest or preparation for the next life.

A large wall-hung work – containing a myriad of Miyajima’s familiar LED number counters, scrolling from 1 to 9 – briefly lights up the space after each blink or flash of a new digit. Suddenly and without warning, the lights all extinguish simultaneously, as if the ‘gadget’ (as Miyajima refers to his self-contained counting systems) had been abruptly switched off or unplugged. This shut-down, representing the idea of death or perhaps the aforementioned preparatory ‘sleep’, comes unexpectedly and seemingly randomly, and is only reversed when a viewer in the gallery nears the object, entitled Life (KU-Wall), to bring it back to life once more. Miyajima has recently engaged in research as to the possibilities of creating artificial, non-organic life through technological means, in association with Professor Takashi Ikegami of Tokyo University, who developed a new processor to drive the speeds and programming of the individual counting units.

Nearby, another new work that acts like a sentient being, called C.F. Loop, mimics the infinite variety found in human bodies through its inter-connected cells, vein-like cables and fluctuating counting speeds, scrolling through every possible combination of life and death. An outdoor piece, Moon in the Ground (all works 2014), is  Miyajima’s meditative reflection on nature’s cycles of time passing, expiry, re-birth and rejuvenation, with its LED counters waxing and waning like phases of the moon or twinkling like stars in the night sky.