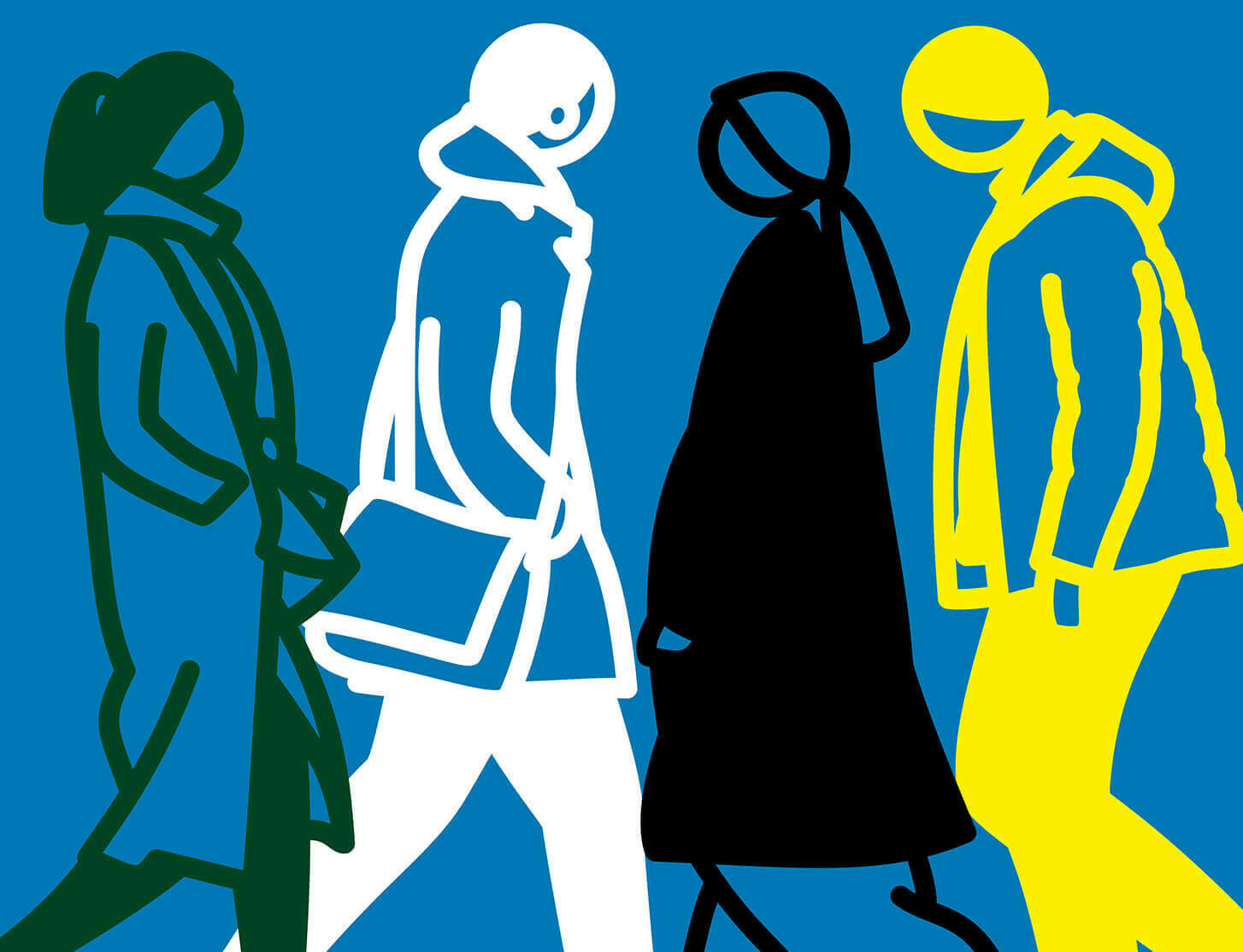 Lisson Gallery is pleased to present an exhibition of all new work by renowned British artist Julian Opie, for his first solo exhibition with the gallery in Shanghai. The presentation features seven works depicting new subjects (all 2020) in a variety of media, with three large-scale group portraits, three stand-alone sculptures, and one moving computer animation. In this new body of work, Opie draws on the ubiquitous imagery of urban scenes and the cityscape, recalling the vocabulary of everyday life but instilling it with a new energy and vitality. The show coincides with Opie’s presentation as part of the Jing'an International Sculpture Project in Shanghai, as well as the unveiling of his commission for the Huarun Group Embankment Square Pudong.

Opie, renowned globally for his contribution to contemporary art, draws on influences as diverse as billboard signs, contemporary dance, classical portraiture and sculpture. A central motif of Opie’s work is the human figure, whether depicted running, posing, walking or dancing, alone or in crowded cities. These portraits – found in public spaces in many major cities across the world – reflect the artist’s preoccupation with exploring the very nature of representation and the means by which it is perceived and understood.

The artist’s bold colours and radically simplified forms can be seen here in the lightboxes, Old Street May 2. and Old Street June 1. where striking figures in white, yellow and black silhouette against vibrant orange and blue backdrops, alongside the quieter palette, Old Street August 12. (all 2020). These works are based on photographs taken of scenes this year, showing city commuters walking with distinct purpose, often clutching their phones or reading emails. Each figure is entirely unique, through their fashion style, expression, prop or accessory. Despite their proximity to one another, the figures are all positioned deep within their own world, seemingly unaffected by the commotion around them. A similar work from the series, Old Street May 8. (2020) will be presented on Lisson Gallery’s West Bund booth.

Visible from the gallery and from the street below are two sculptures presented on Lisson’s balcony. The people represented in Stripes. and Folder. (both 2020) are caught in movement, symmetrically facing away from each other and walking in opposite directions. Inside, another sculpture, Winter 4. illustrates a pair walking together, in winter coats. Opie’s portraits are instantly recognisable, bearing the mark of homogeneity – with the familiar briefcase, attitude or stance ­– yet carry with them a certain transience from capturing a precise moment in time.

The final work in the exhibition is Kiri Shuja Amelia Clive 2. (2020), an LED animation led by a computer-generated algorithm. This bold image depicts figures mostly running, solo or in pairs, alongside each other, against a bright green setting. The rigorous precision of the outline of these forms highlights the artist’s enduring emphasis on drawing. Opie first starts with the line, and from there determines exactly what features are fundamental to depicting the character, in its purest, simplest form. The arrangements of the compositions and the rhythm of the movements recall classical vocabulary, from Egyptian friezes to Greek vases, where a pose or stance could embody the individual’s status or intention.

Alongside the exhibition this Autumn, Opie will unveil a new sculptural commission for Embankment Square in Lujiazui, Shanghai this September, in addition to presenting three LED monolithic works as part of the sixth Jing'an International Sculpture Project in Jing'an. Opie will also be included in the exhibition organised by Art Tower in Westbund, bringing together a selection of leading Chinese and international artists. 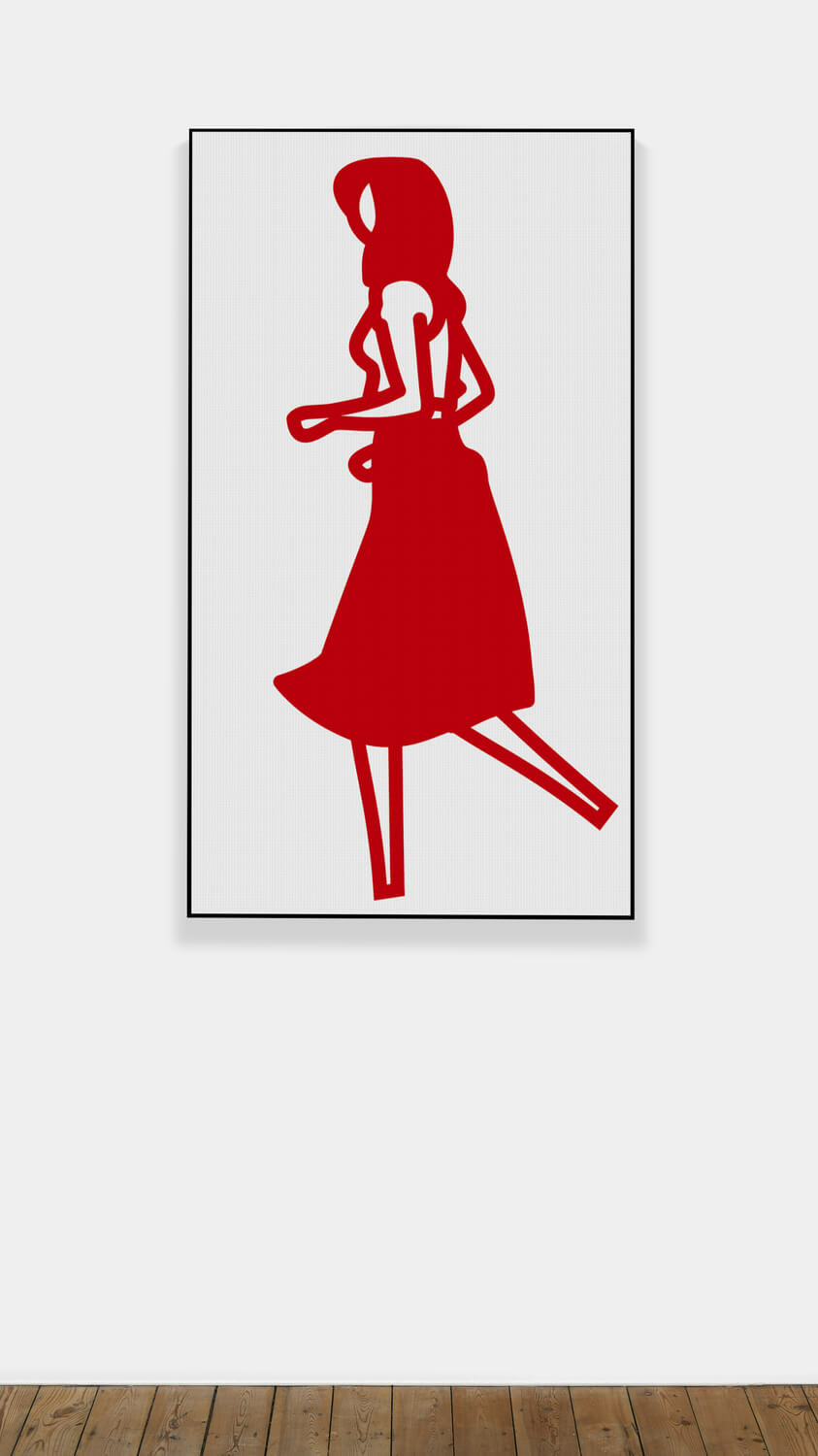 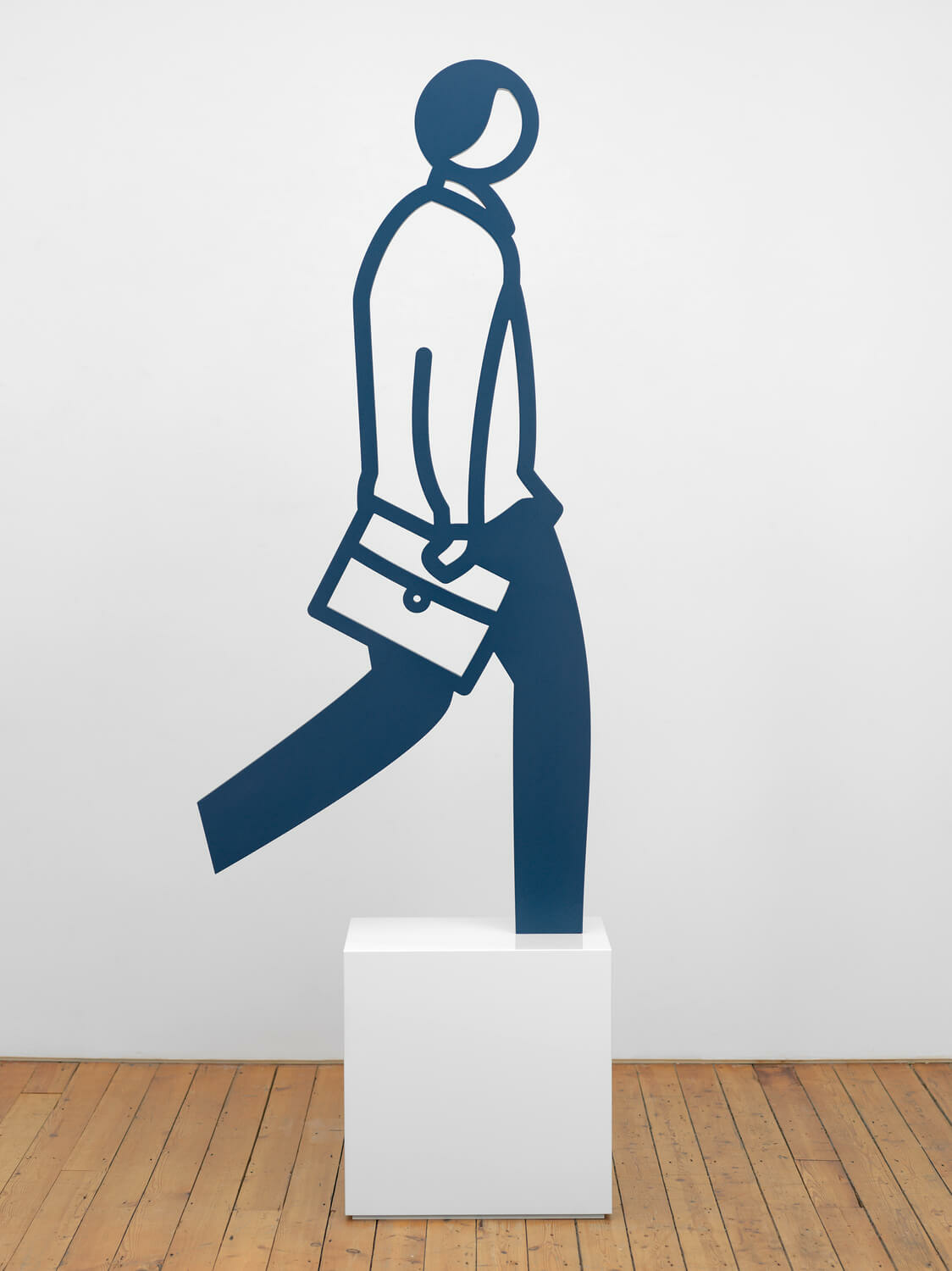 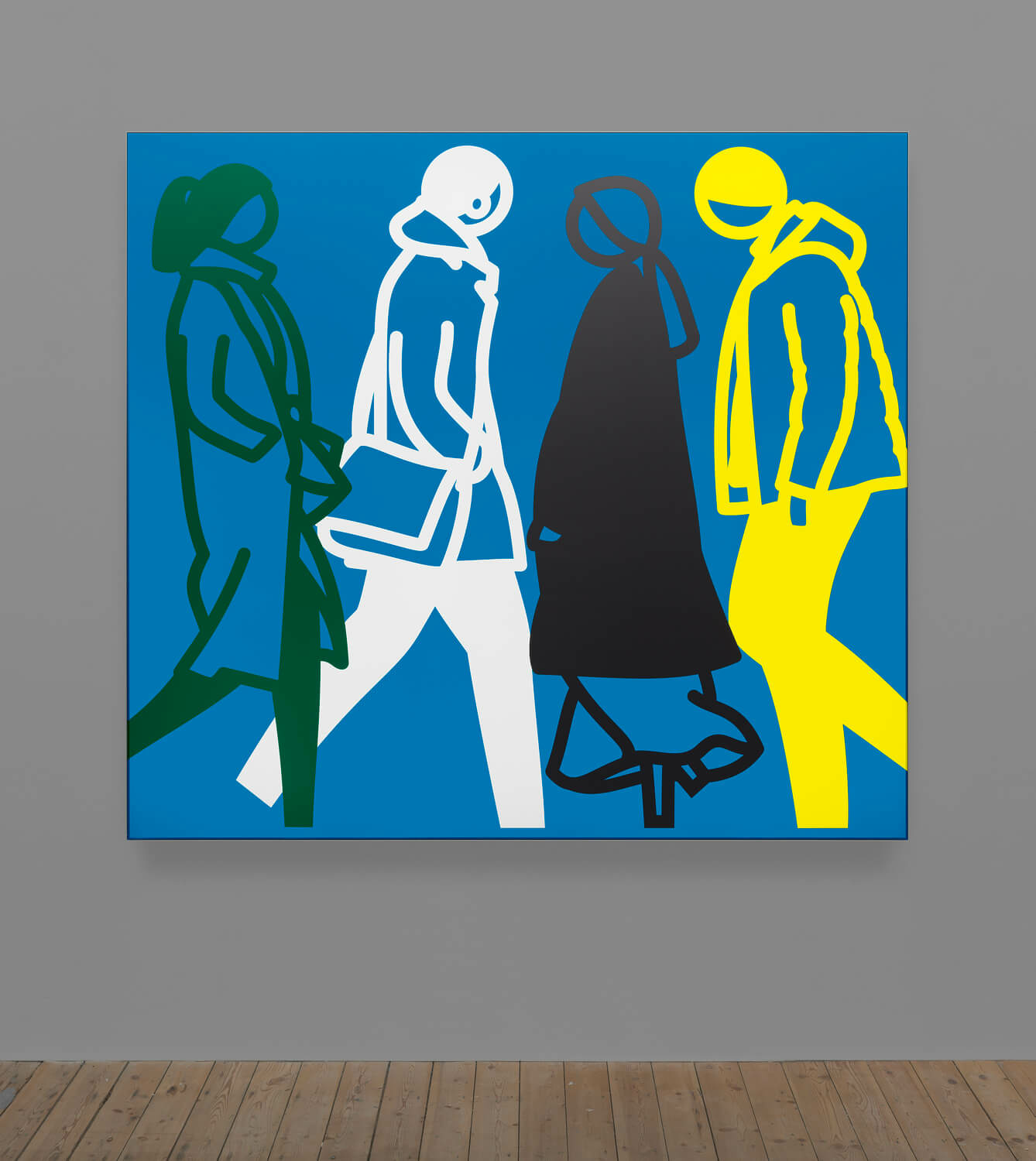 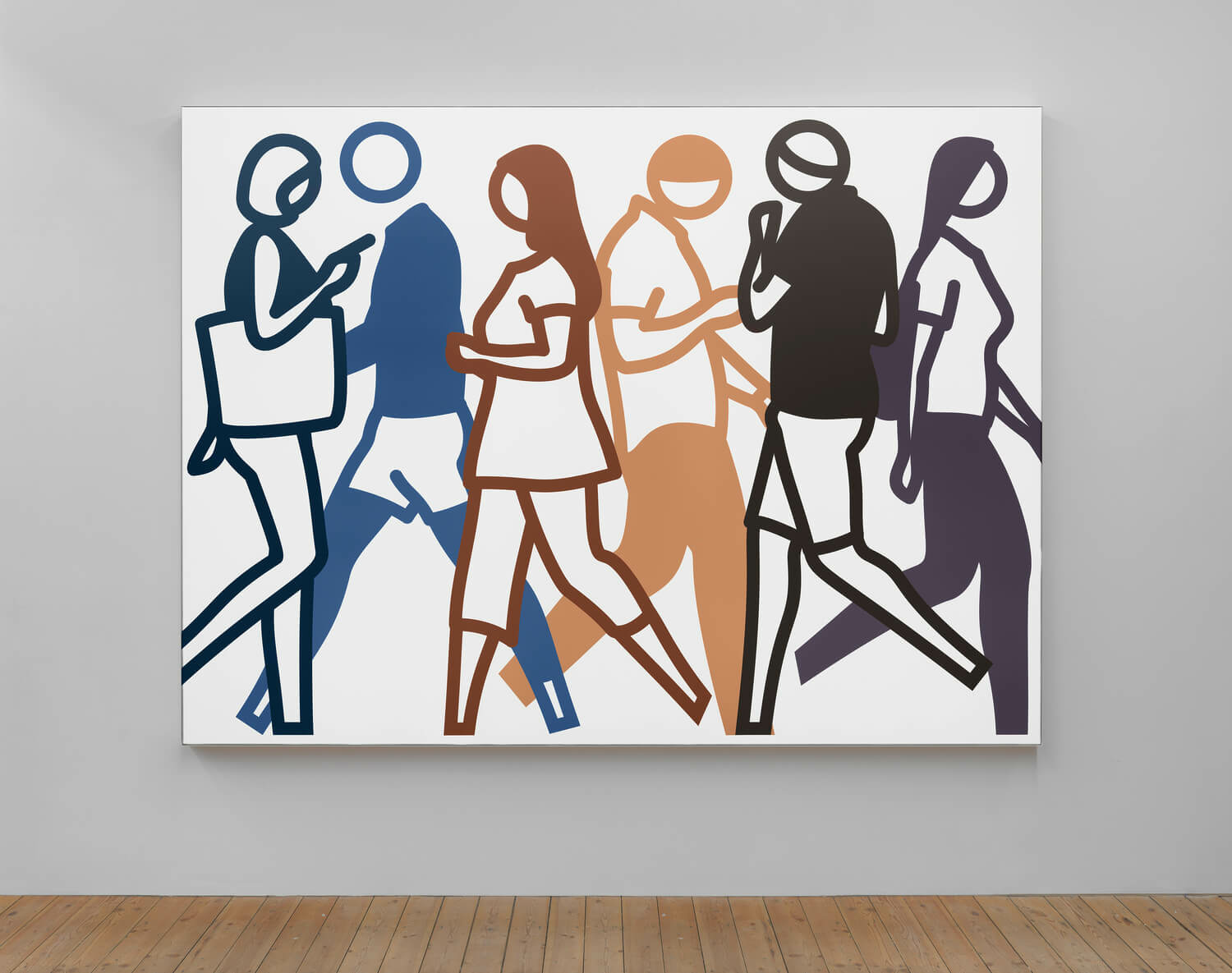 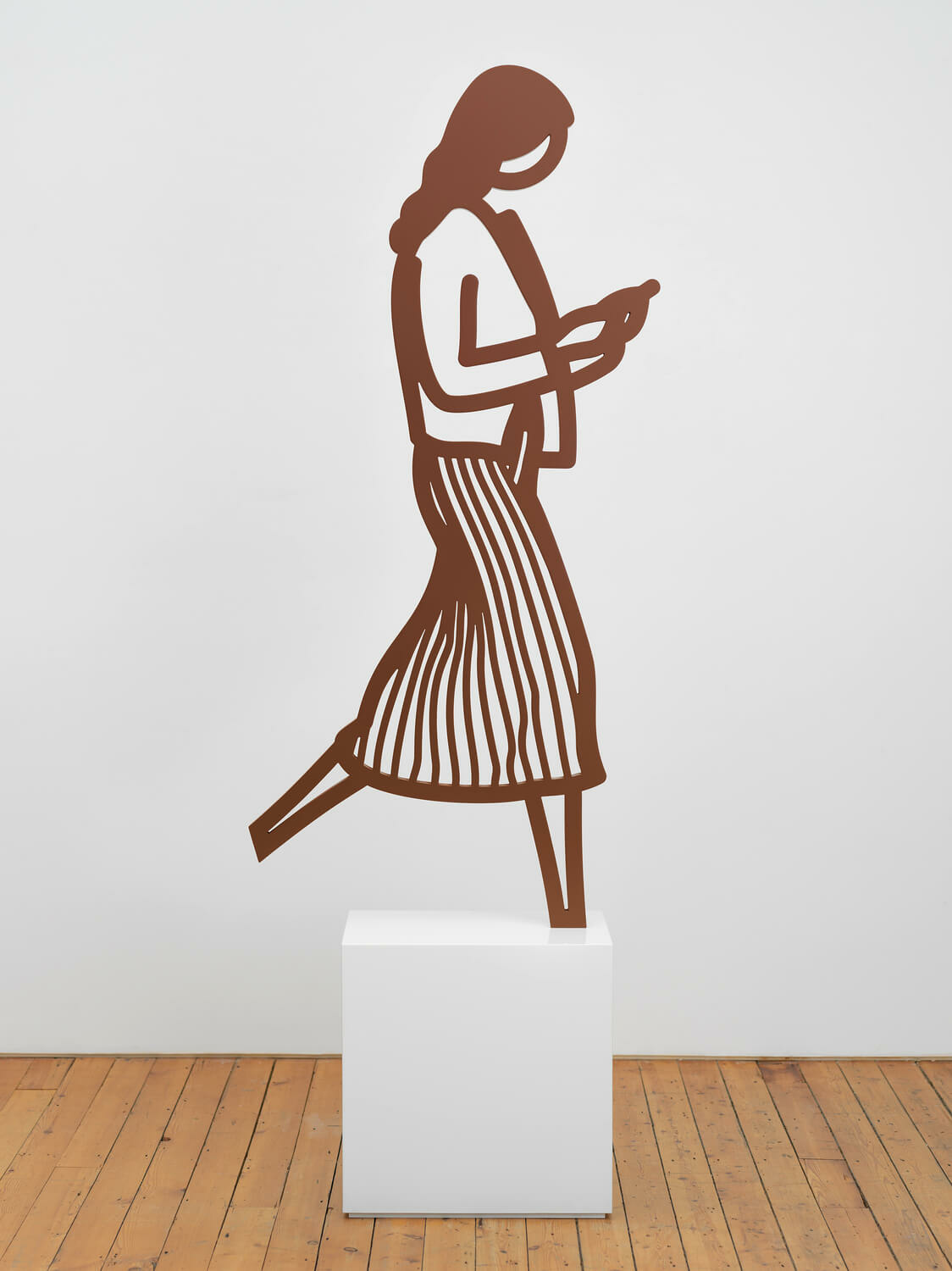 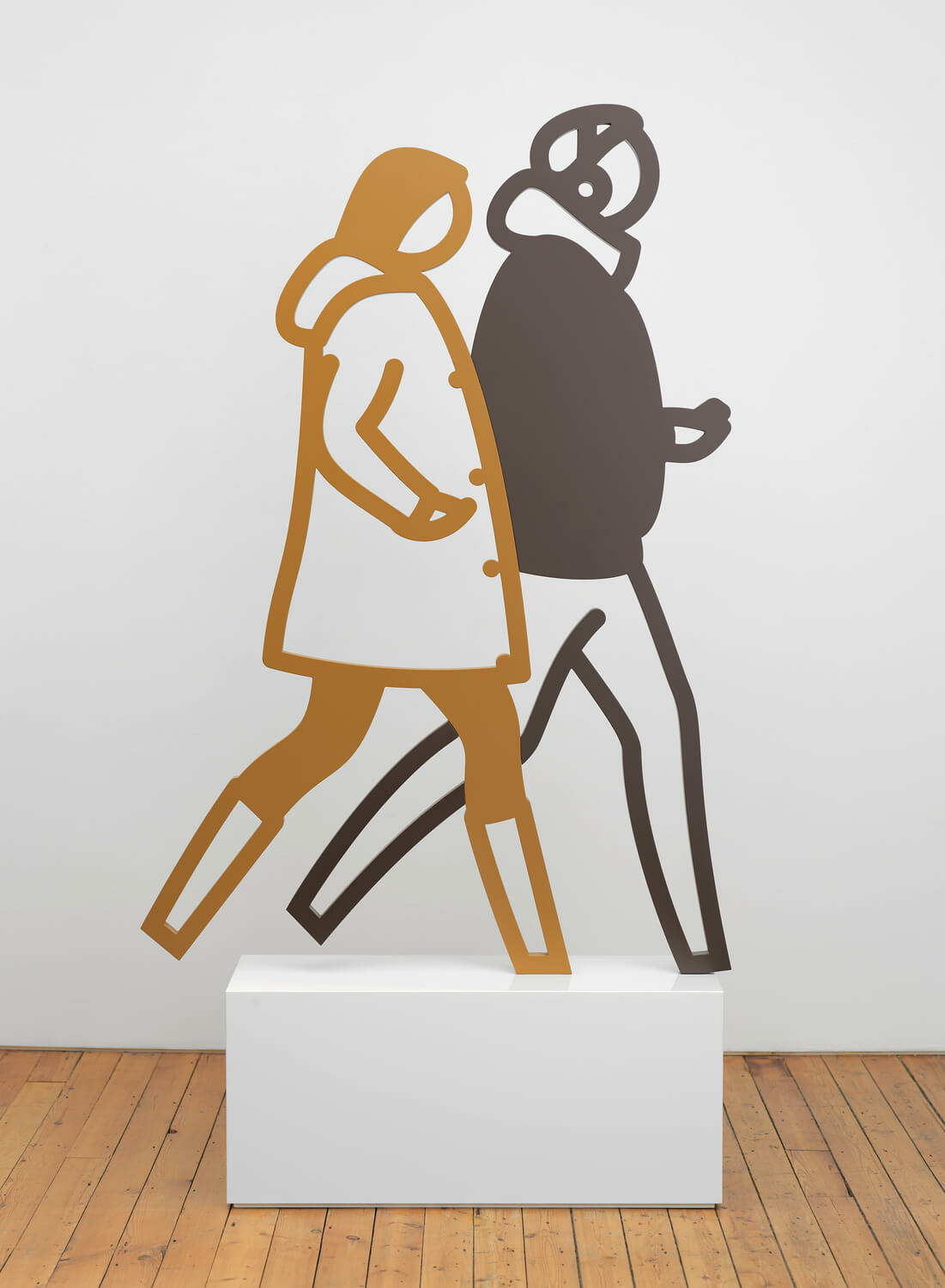 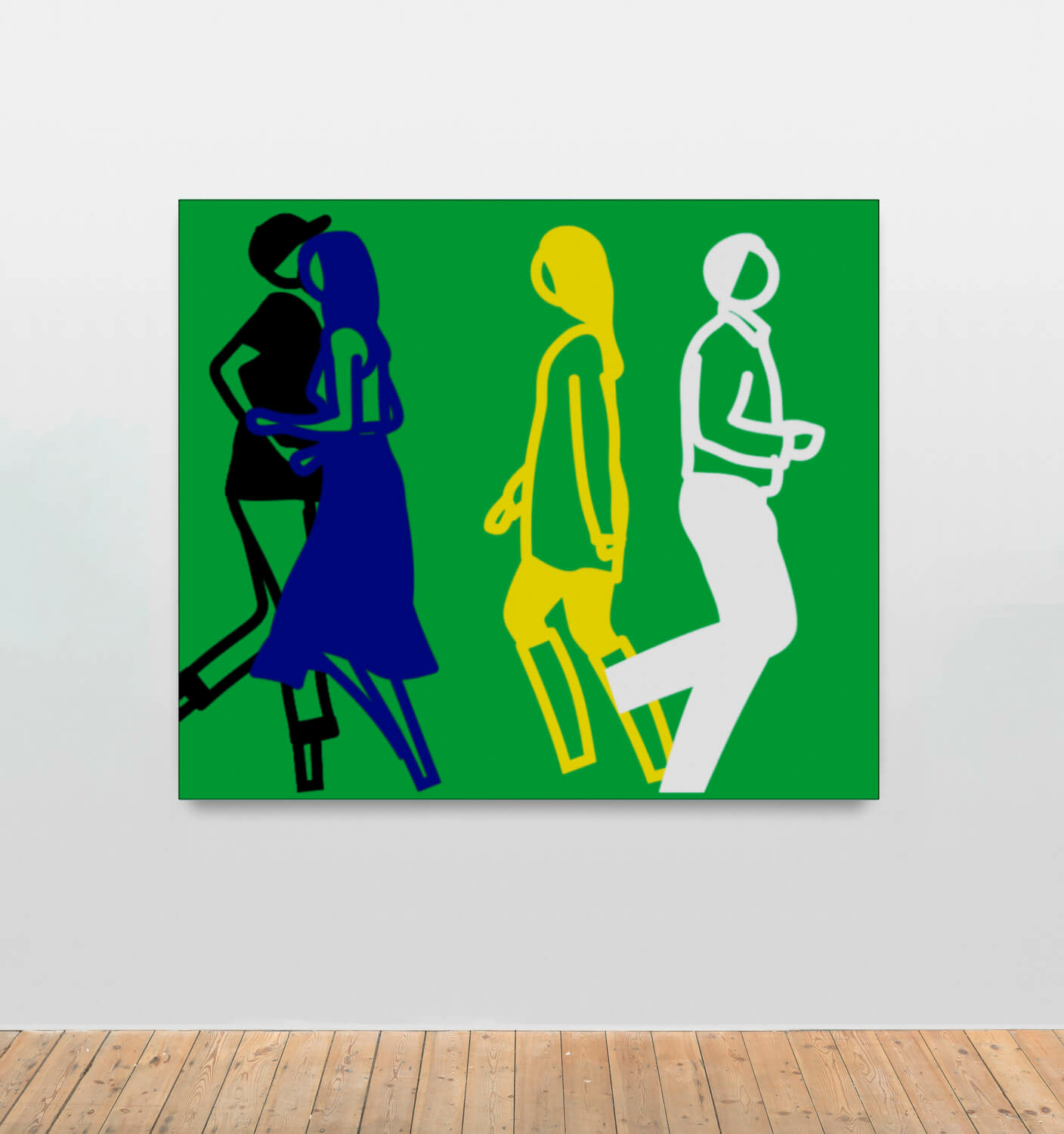 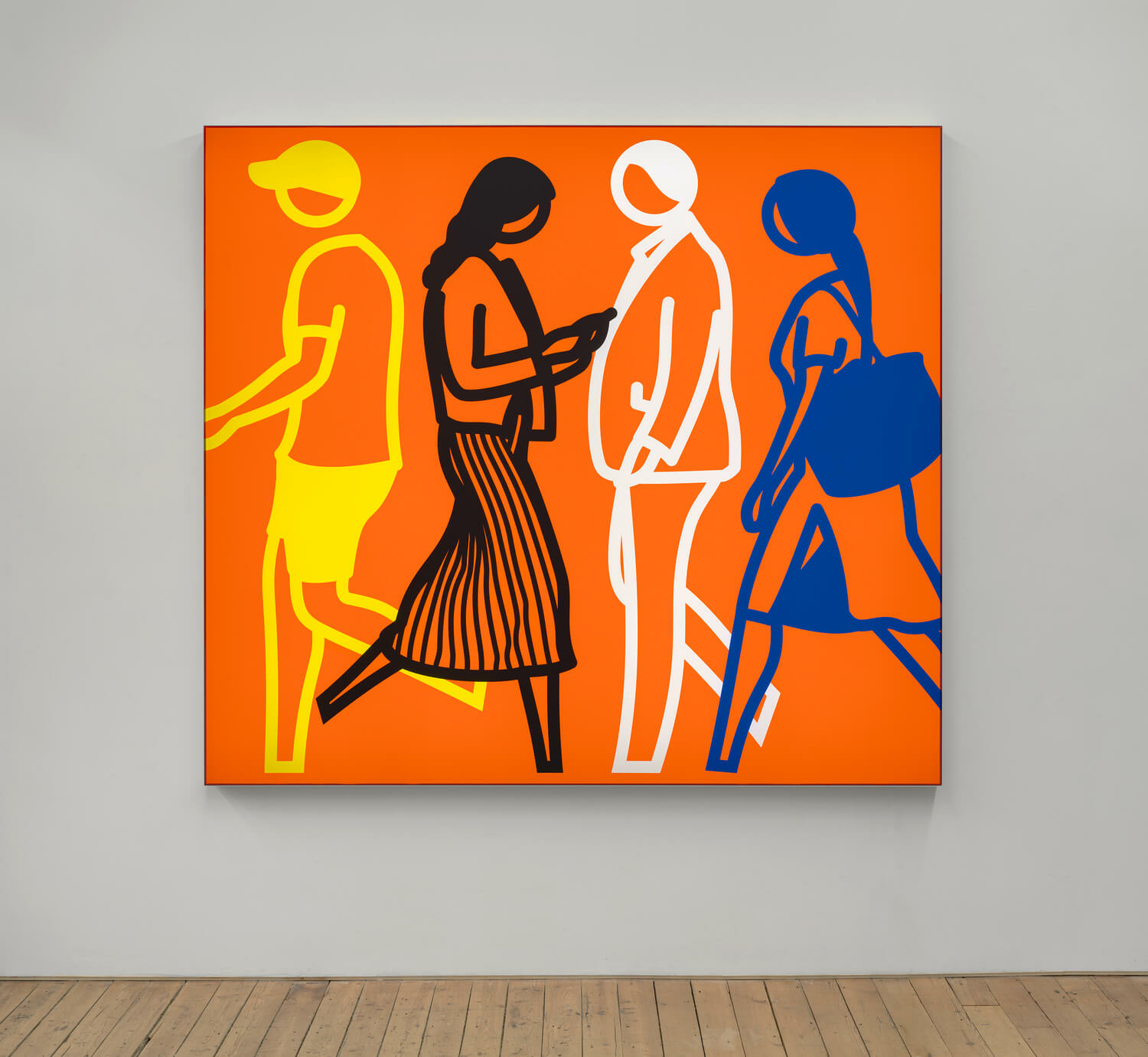 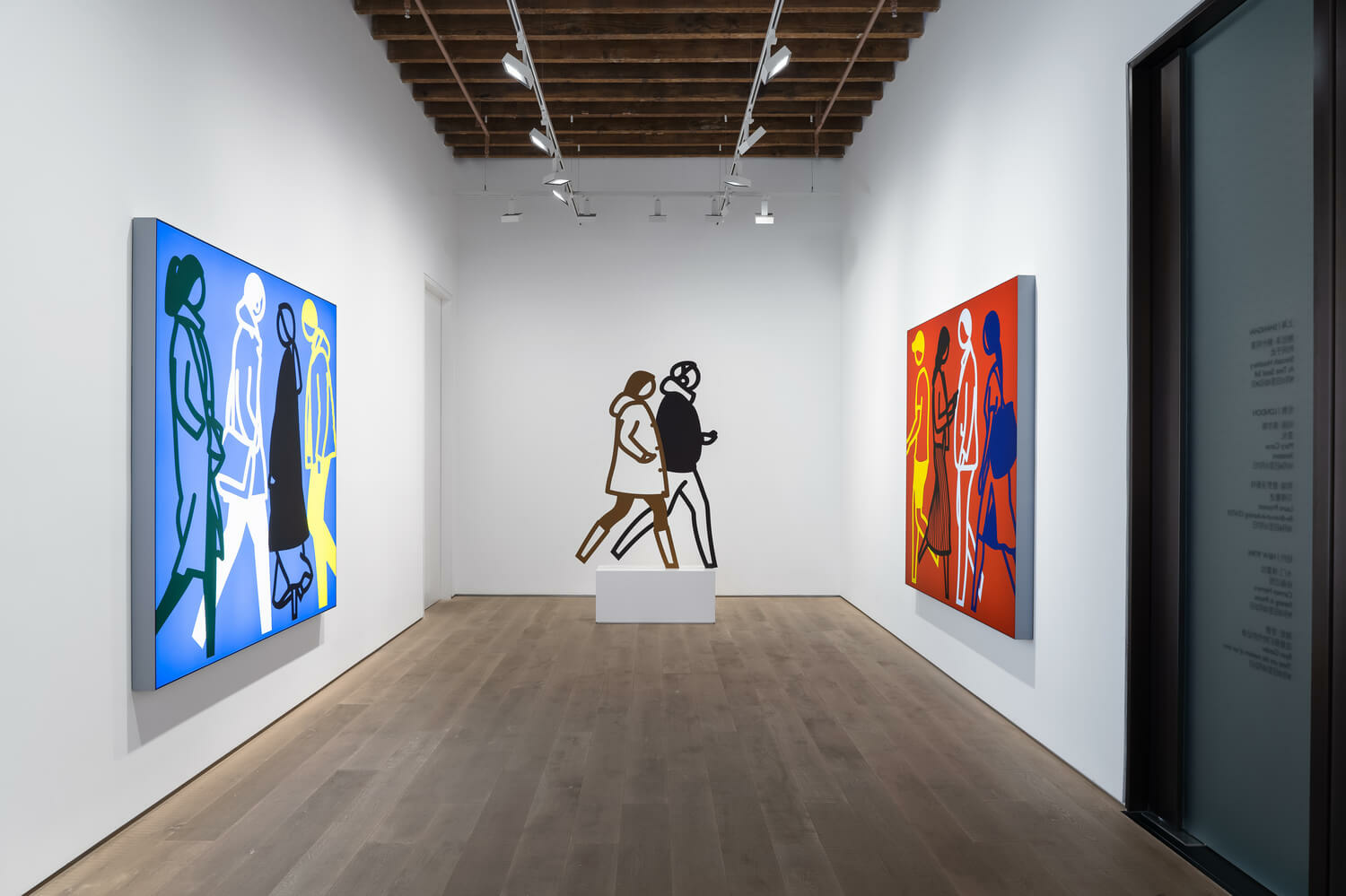 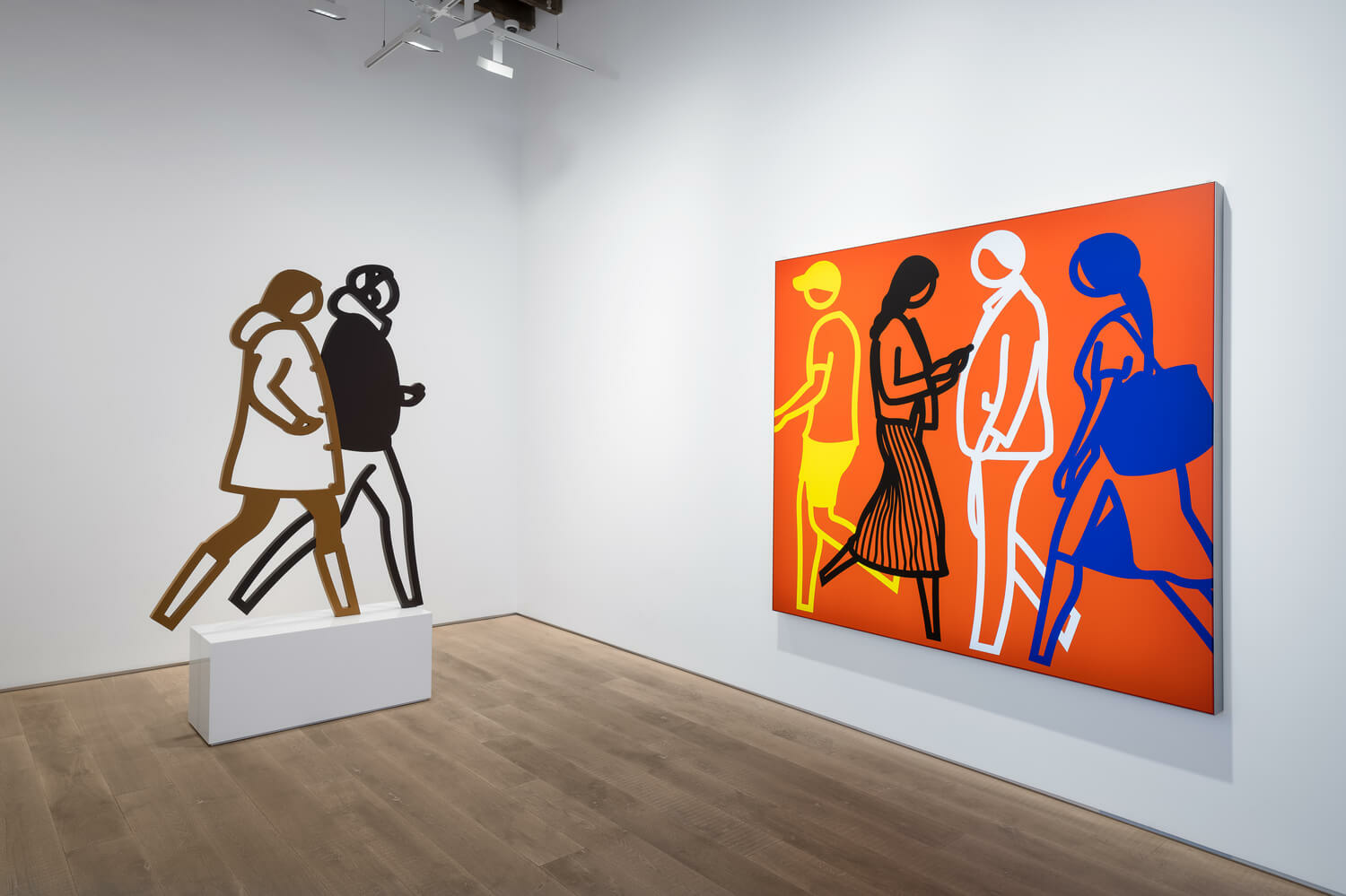 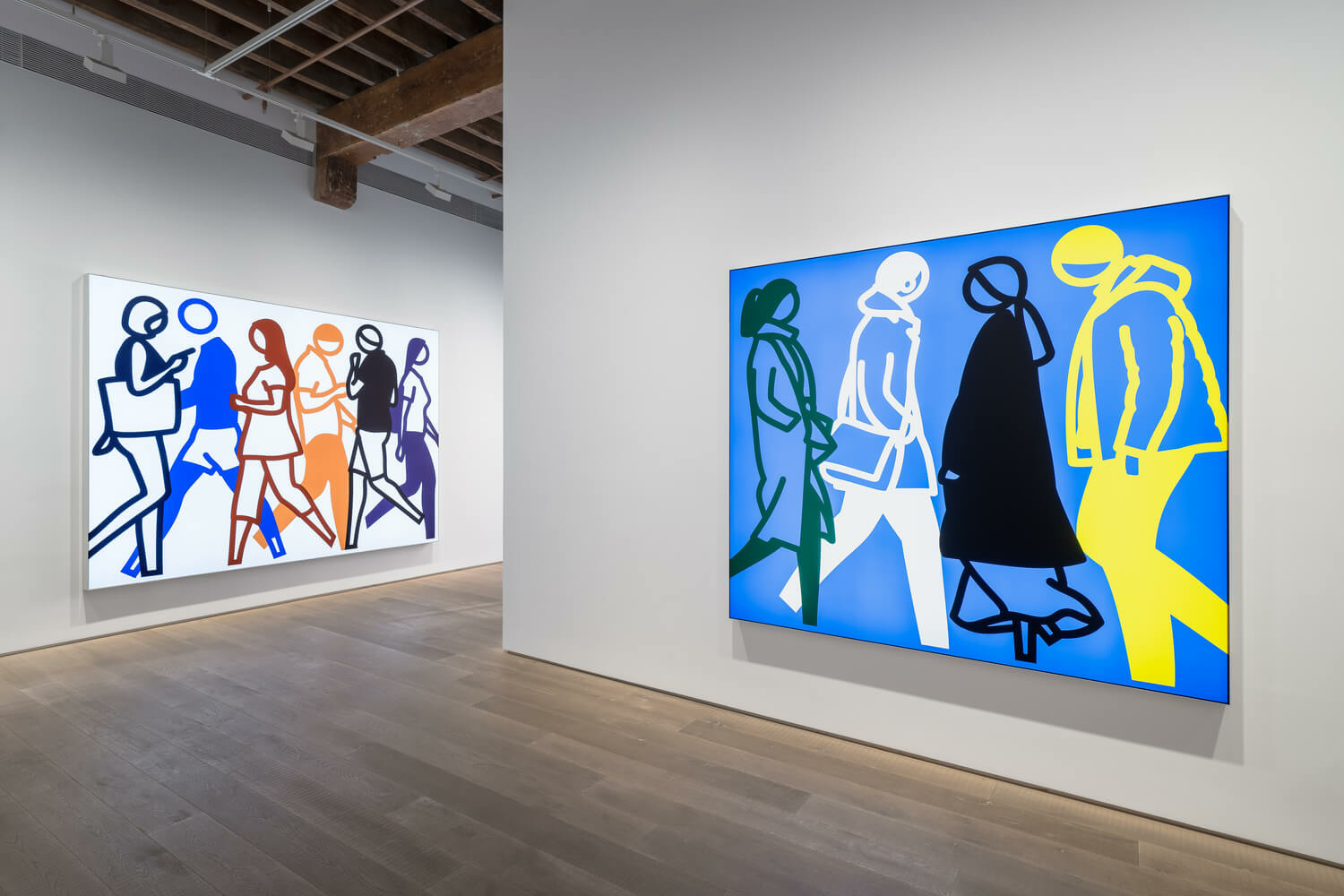 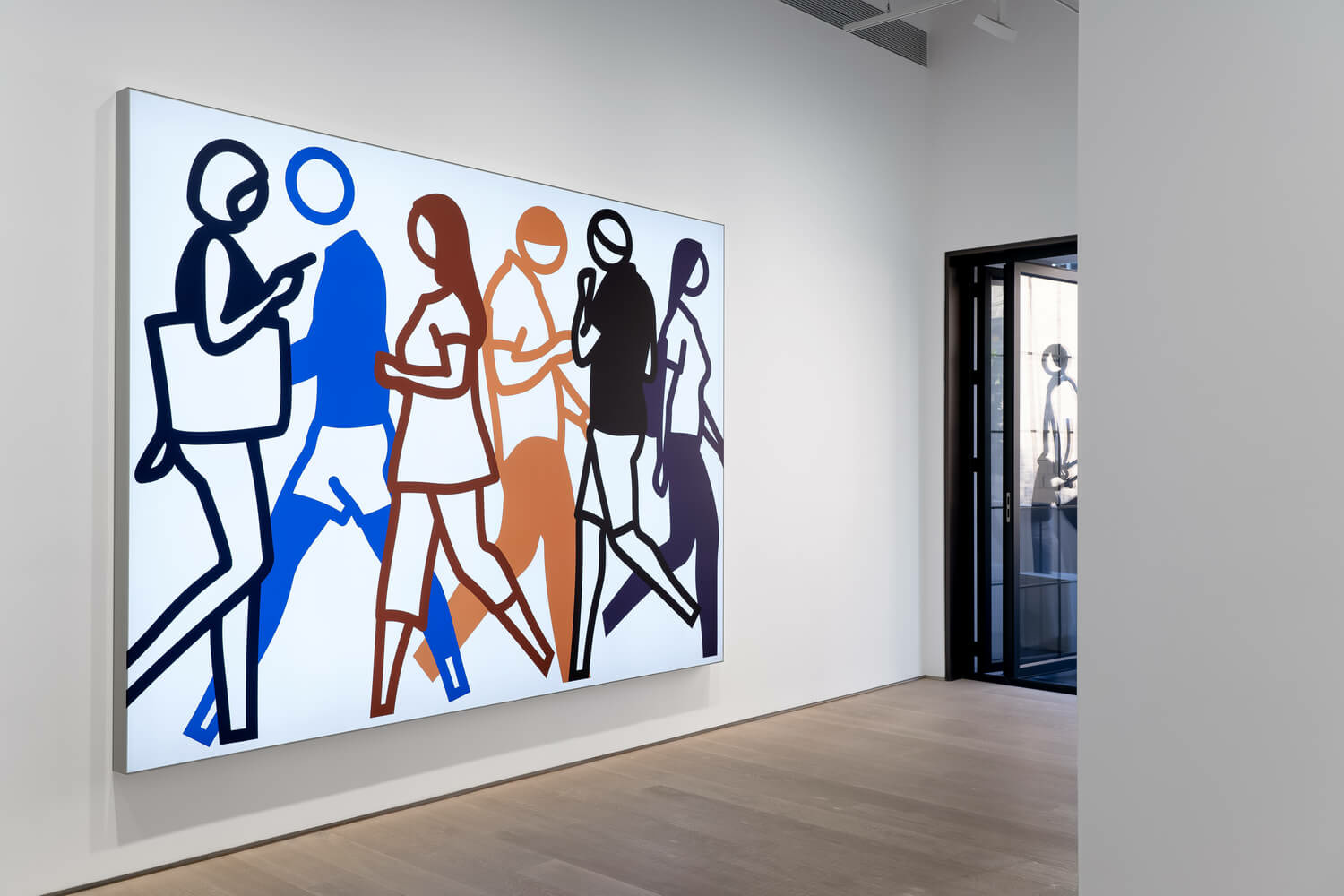 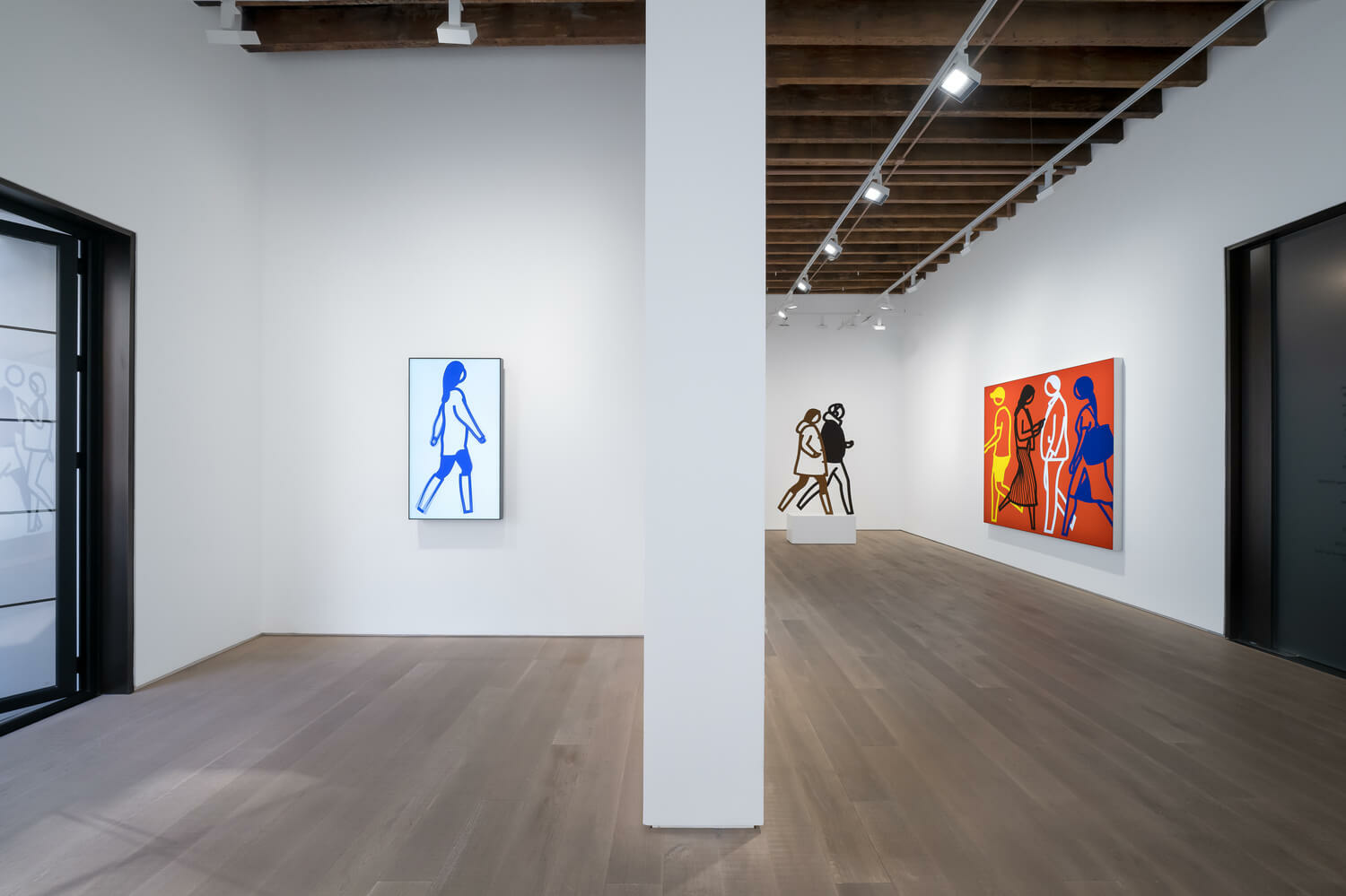 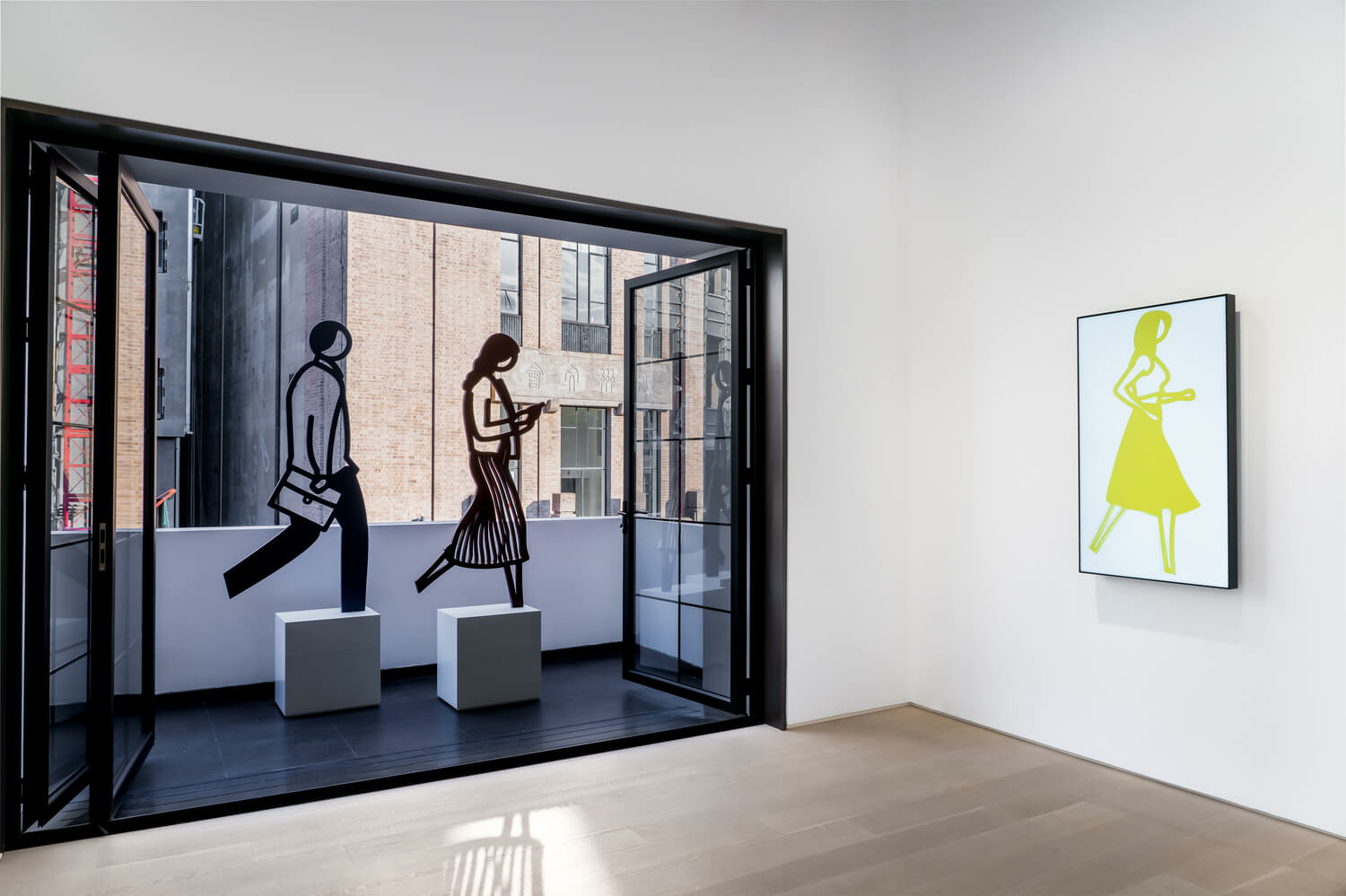 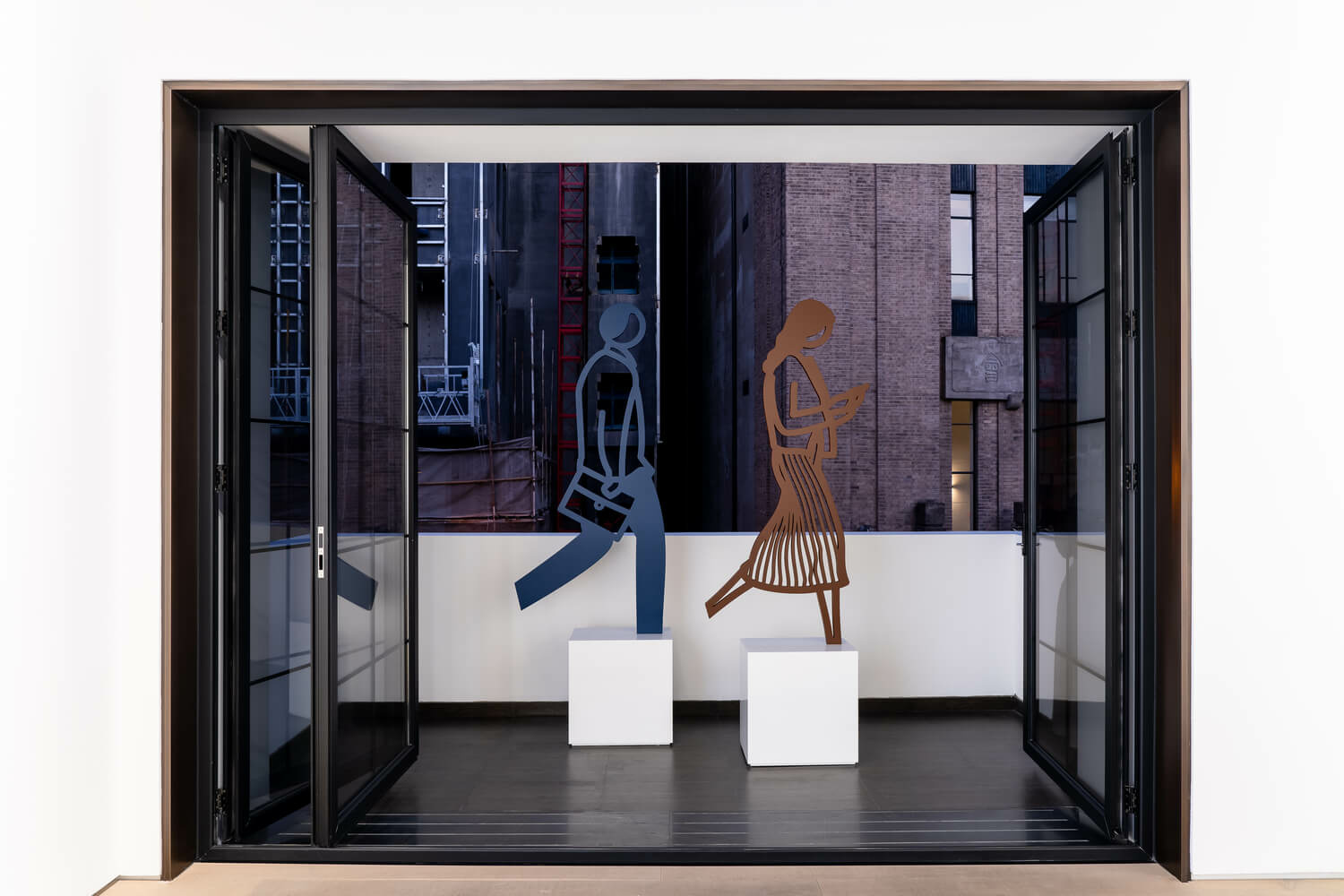