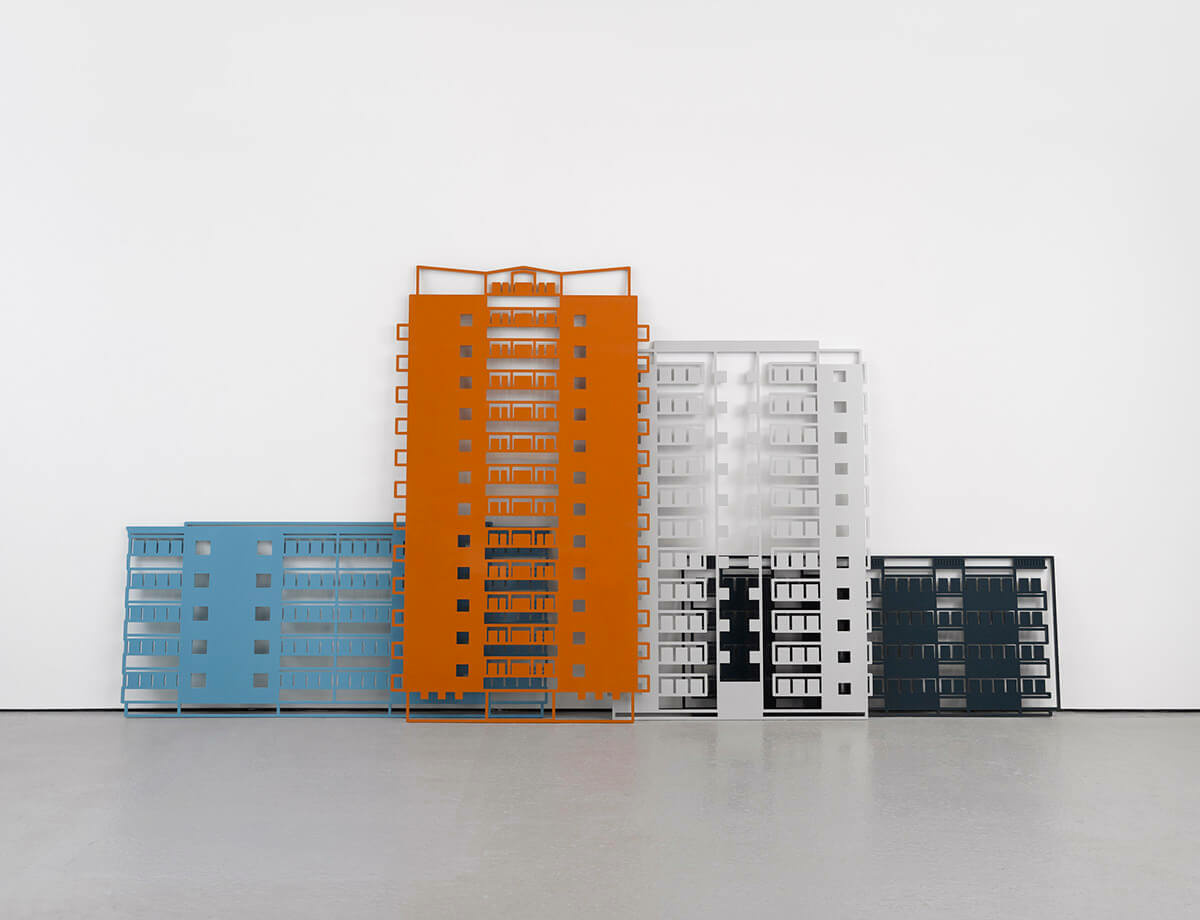 In a new body of work at Lisson Gallery’s Mayfair space, Julian Opie combines two subjects that have been central to his artistic career: people and architecture. Through a series of group portraits alongside an installation of contemporary tower blocks, the exhibition depicts the interconnectivity of the urban environment, be it the commuters criss-crossing through the streets or the overlaid housing units of a typically overpopulated city. Few artists have captured the modern world as consistently and convincingly as Opie; here we experience the complexity of the cosmopolitan city through Opie’s radical, simplified style: a particularly poignant scene considering the rare isolation on the streets at the time of the exhibition’s conception.

The viewer approaches the gallery through a colourful overlay of apartment blocks. These buildings – presented in vinyl on the front windows of the gallery – vary in size and dimensions, and through remarkably little detail are able to encapsulate the essence of these high and low-rise developments familiar to anyone who has spent time in a city. Just as with his figures, Opie highlights the individuality of each, whilst commenting on the homogeneity of the urban landscape. Through the lattice of the vinyl, the city’s commuters are revealed in the space beyond, walking independently but together as one.

Four life-size group portraits inhabit the space between the buildings. Of these, two stand directly on the floor, leaning against the wall, and two are suspended higher on the wall. The figures were all captured – initially in digital photography and then drawn on the computer – in London in 2020. The individuals appear as if to stride across the space, each moving in their own purposeful way to their destination. The visual rhythm of the works, achieved through the dynamic compositions, comes alive with the presence of an audience. The artist’s bold representations are founded upon social observation, which has remained at the heart of his practice and is evidently present in even his earliest work. By recording people in cities around him, Opie observes society at a profound level and endeavours to decode the world.

The backdrop of the scene is an additional set of skyscrapers, located on the far wall of the gallery. The tower blocks comprise overlaying aluminium sheets which are leant on the wall. Through this process of leaning ­– a dynamic and interchangeable act that is by nature unstable – a three-dimensional experience can be produced through planar objects. The material then inhabits both the space of the work and that of the viewer: a point where material becomes image and sculpture becomes painting. With the use of a pure colour for each building against the white of the wall behind, Opie plays with flatness and illusion, producing the implication of windows, of balconies, of doors. The image of the city is produced through the combination of materials and colours – aluminium, car paint, and a play of gloss and matt surfaces – which intuitively trigger the references. Having lived in London since studying at Goldsmiths, Opie has been inspired by the way this labyrinth of shapes and structures, automatically recognisable without any need for thought or interpretation, make up a modern town or city.

Following the exhibition this summer, Opie will present a new body of work at a solo show at Pitzhanger Manor, the country home of, and designed by, Sir John Soane. The exhibition will feature a series of site-specific pieces, focusing on architecture, people and nature. The centrepiece of the show will be the representation of a French village landscape in a variety of media, inviting the visitor to circulate through imaginary spaces from multiple viewpoints. The exhibition will be complemented by artworks in the public grounds outside the front of the Manor and facing Walpole Park at the rear – the first exhibition programmed both in the gallery and outdoors. 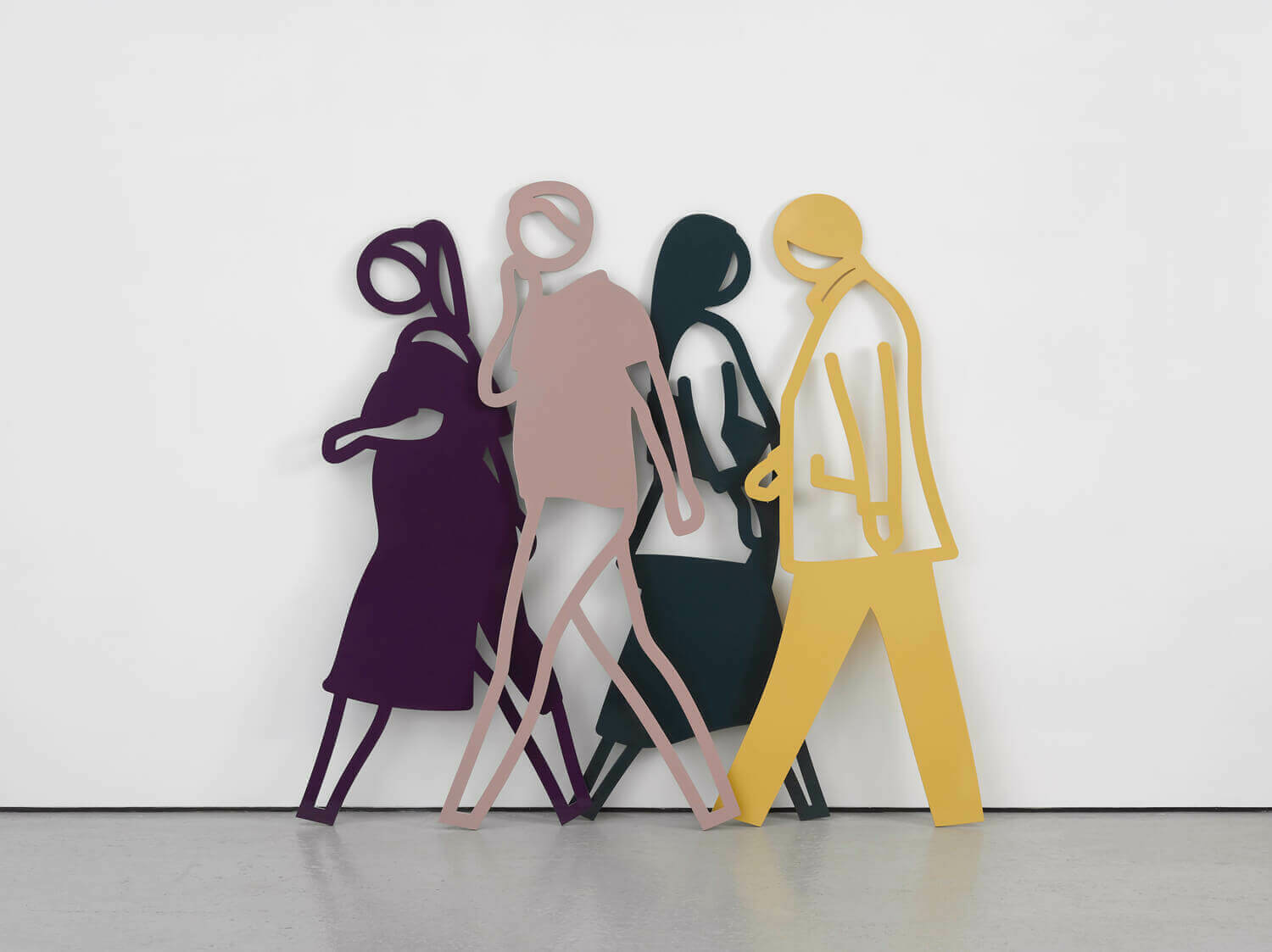 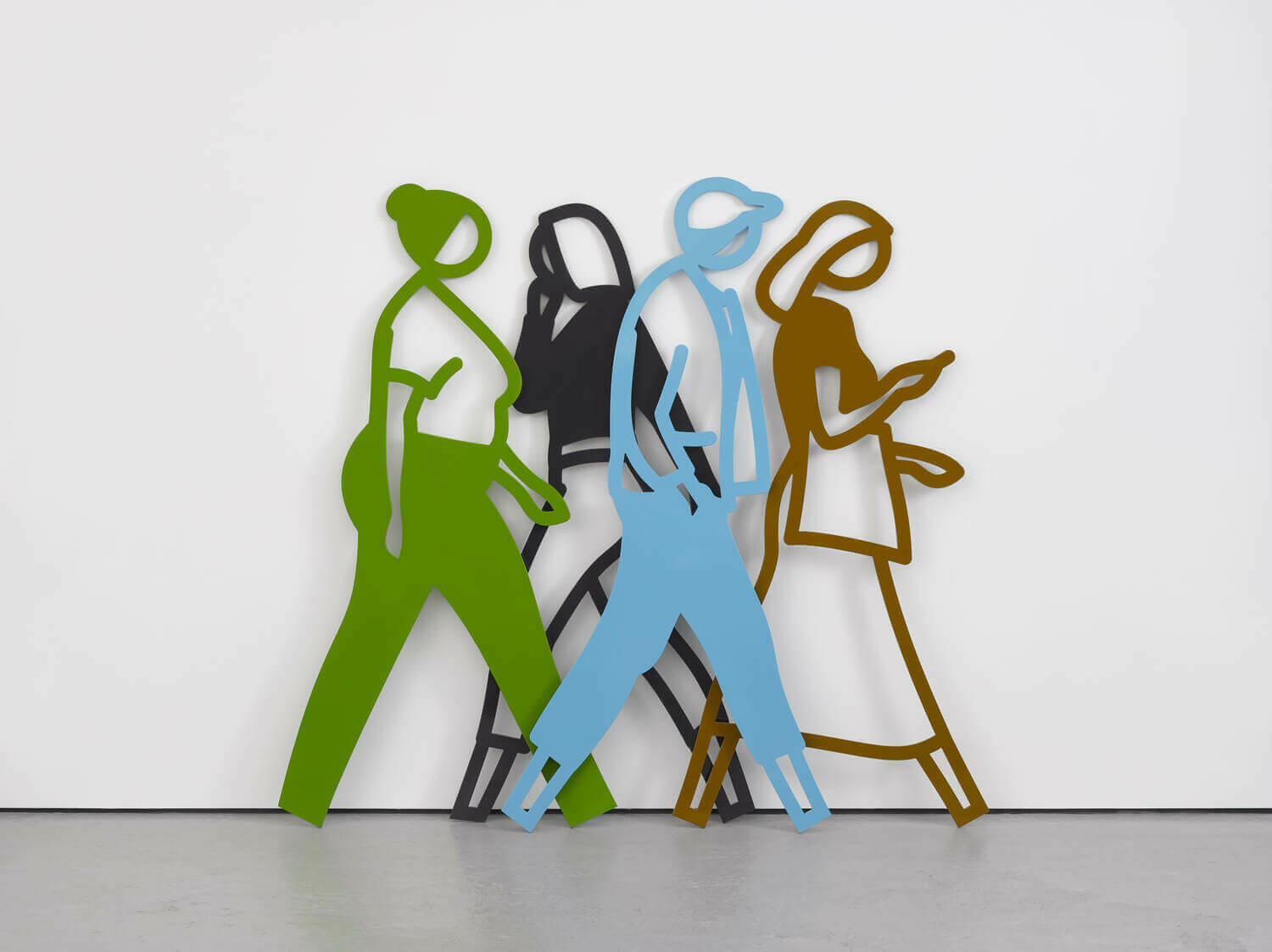 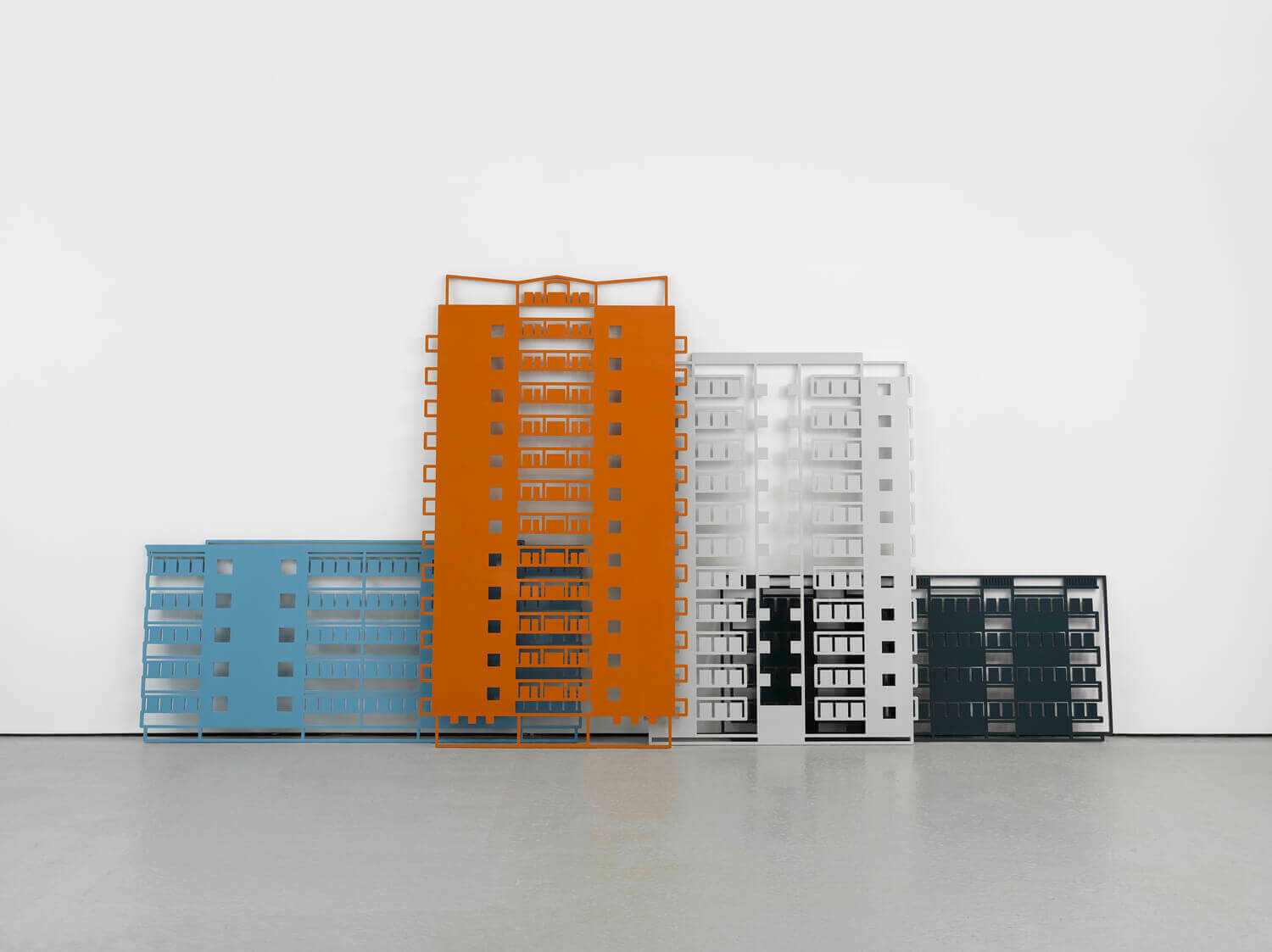 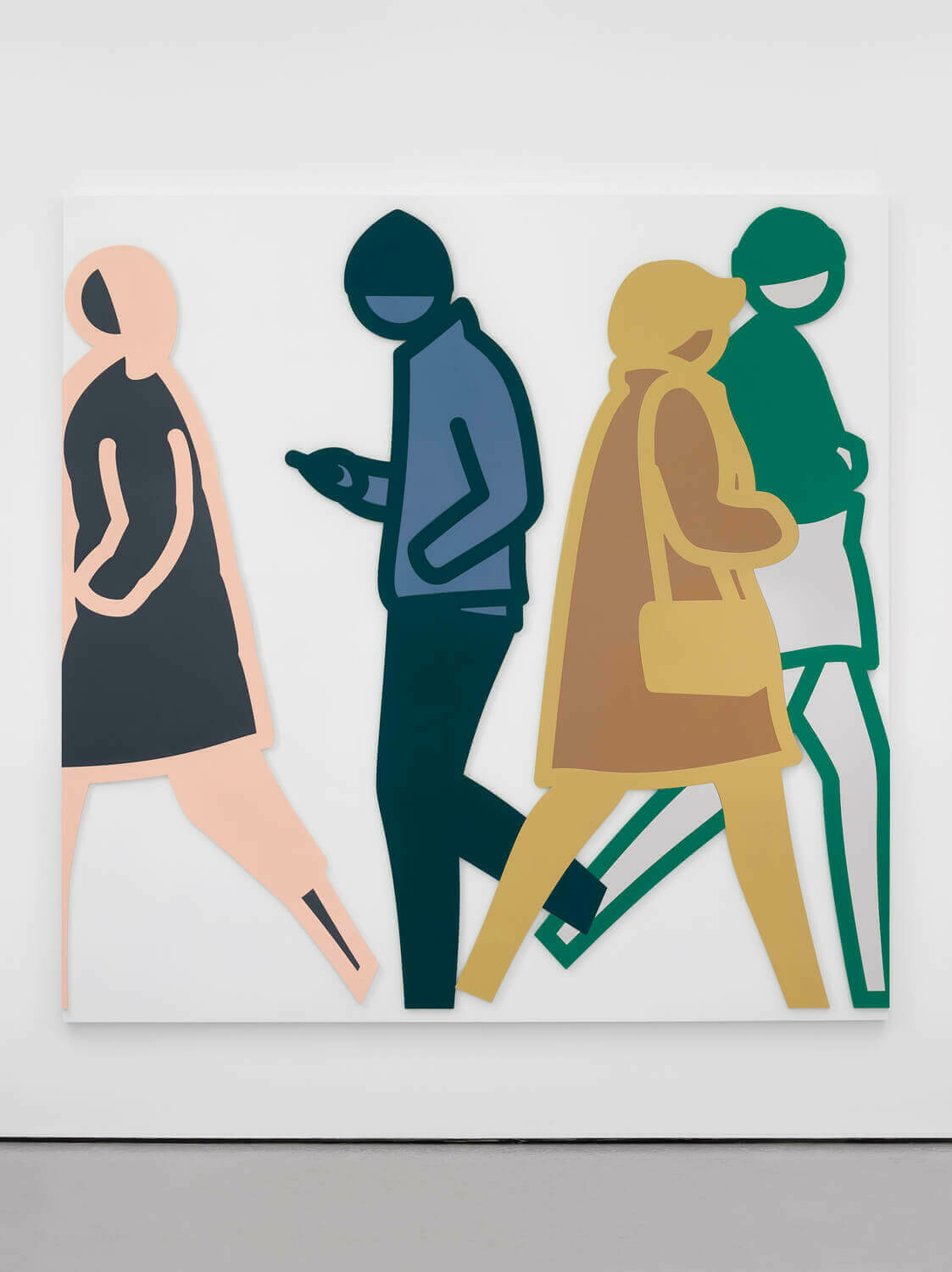 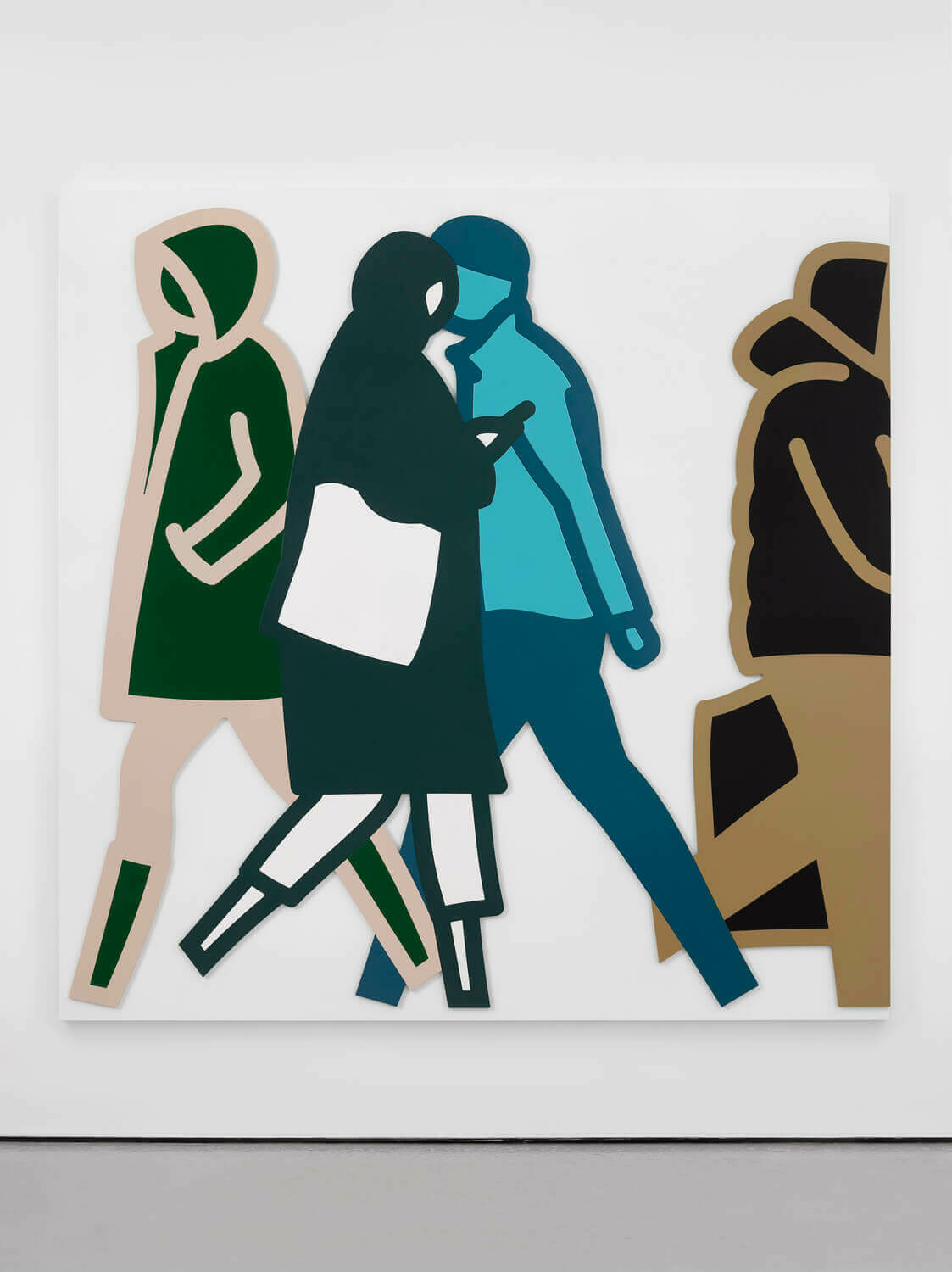 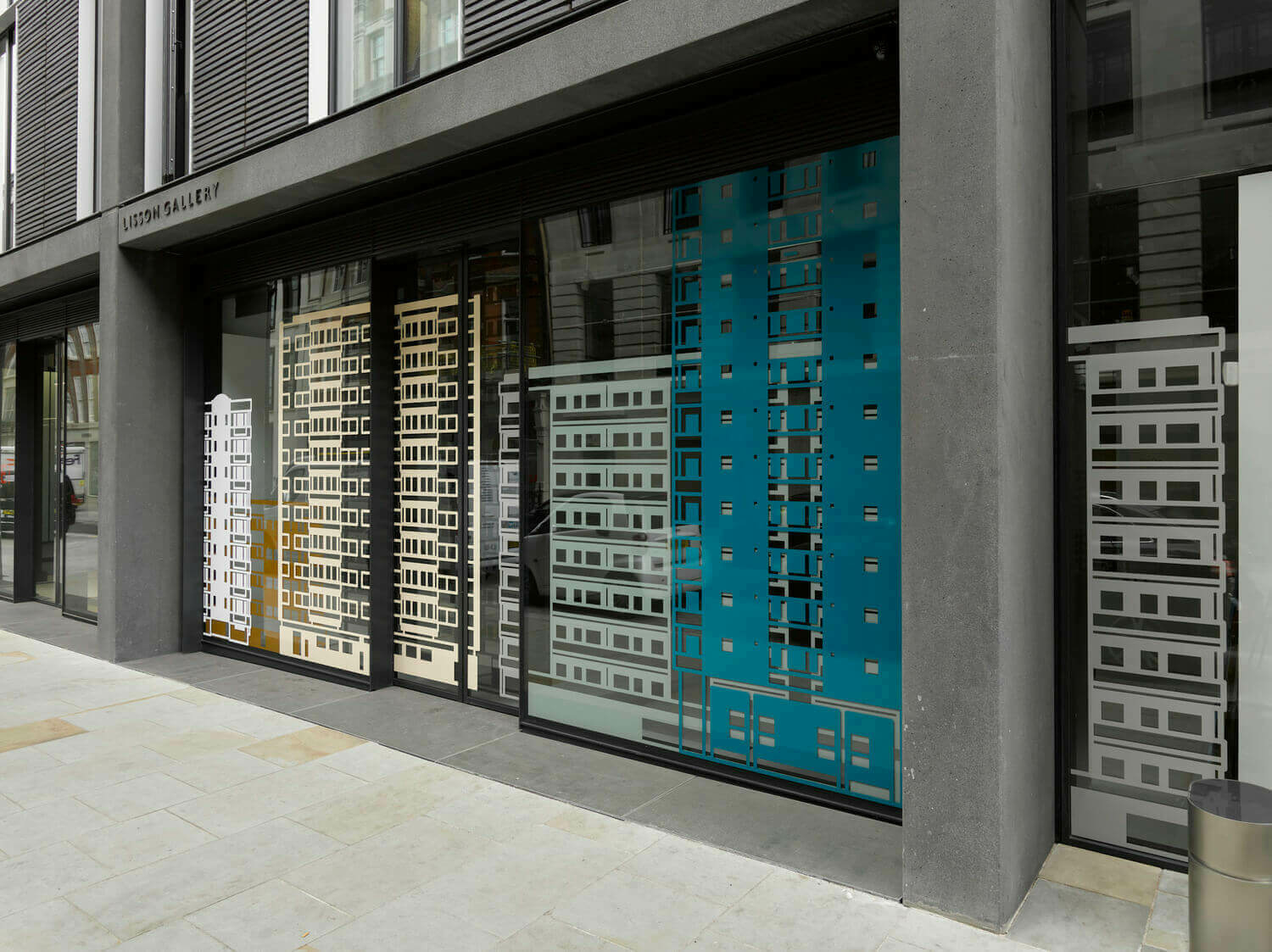 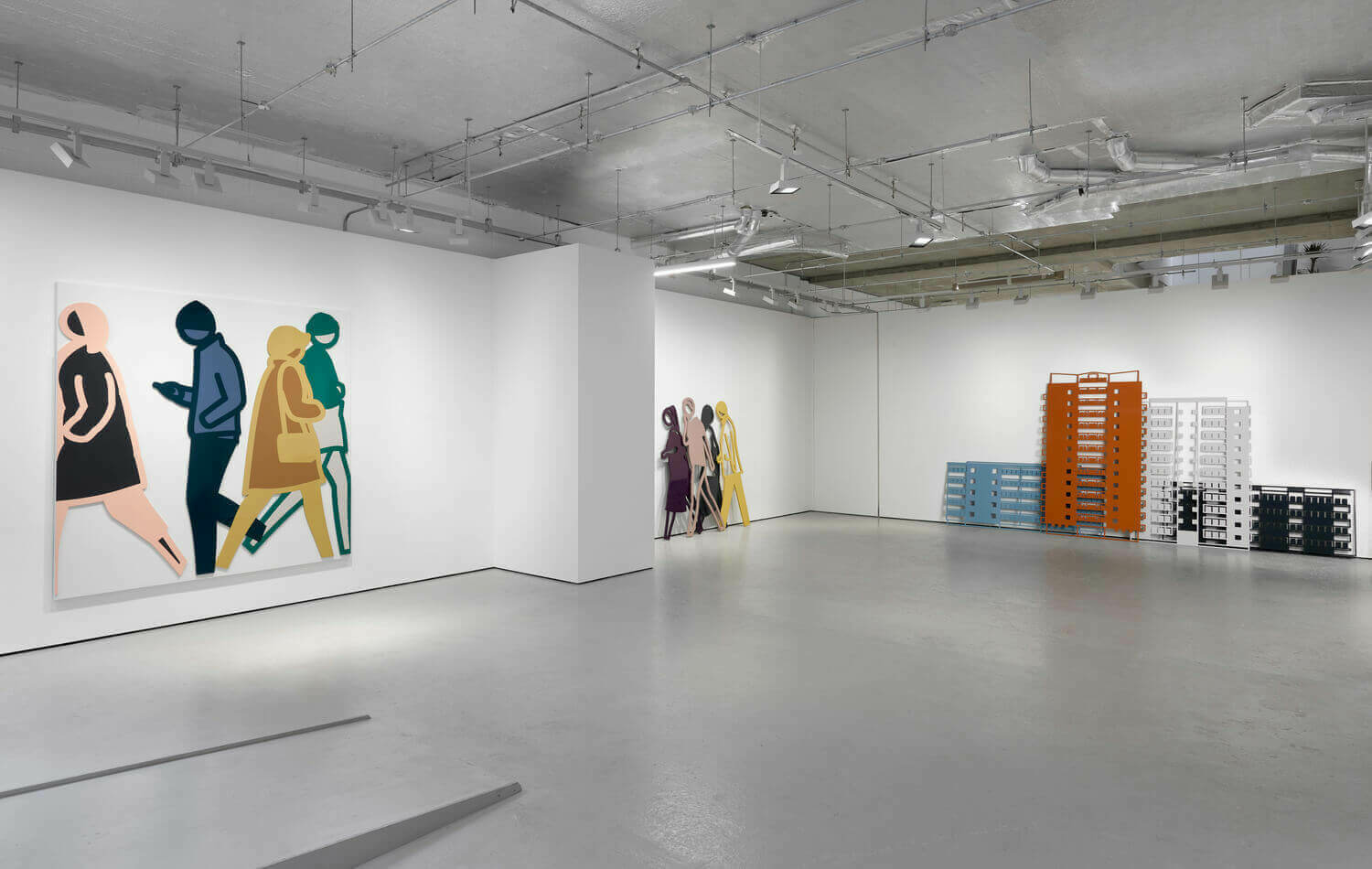 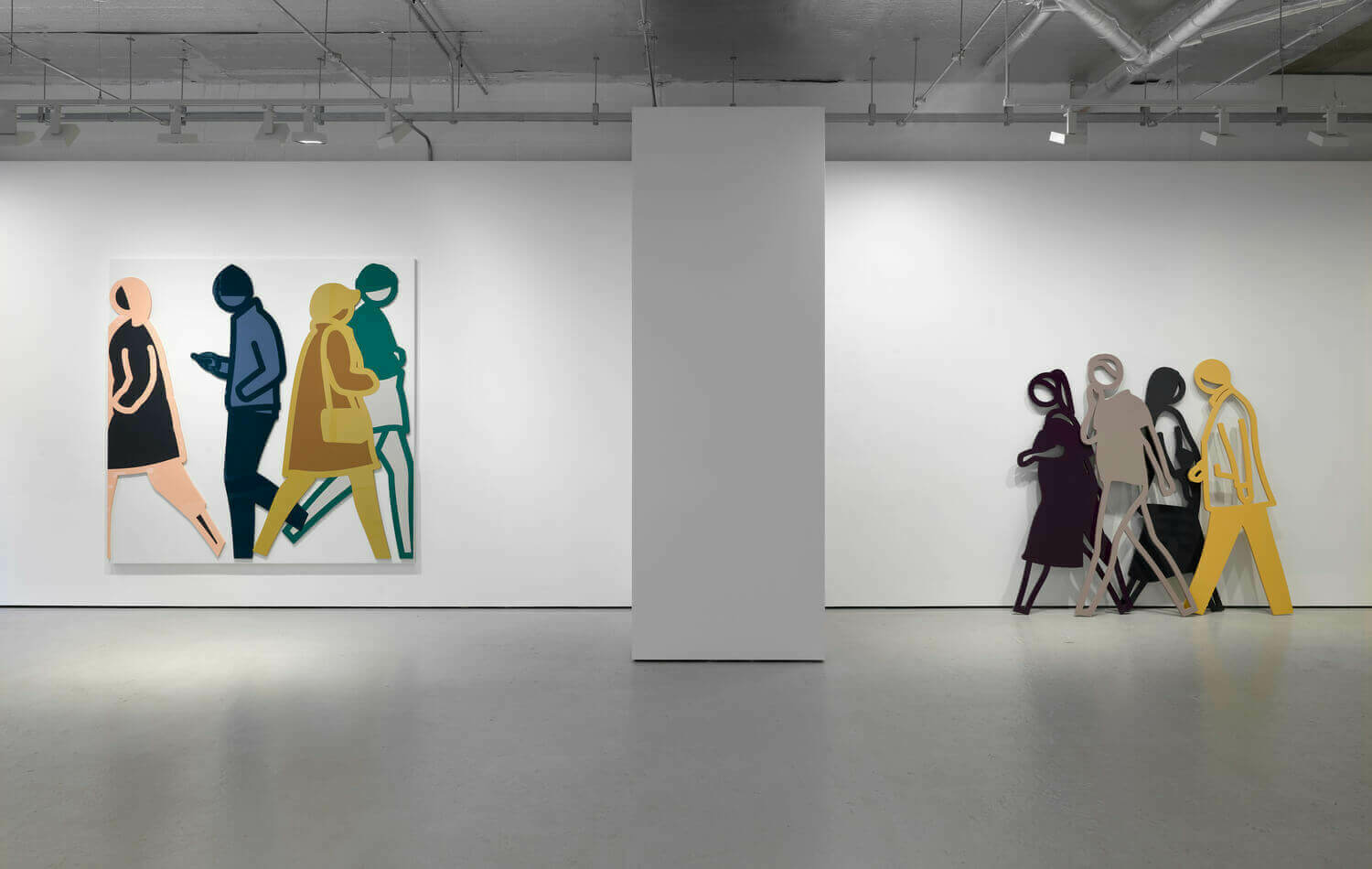 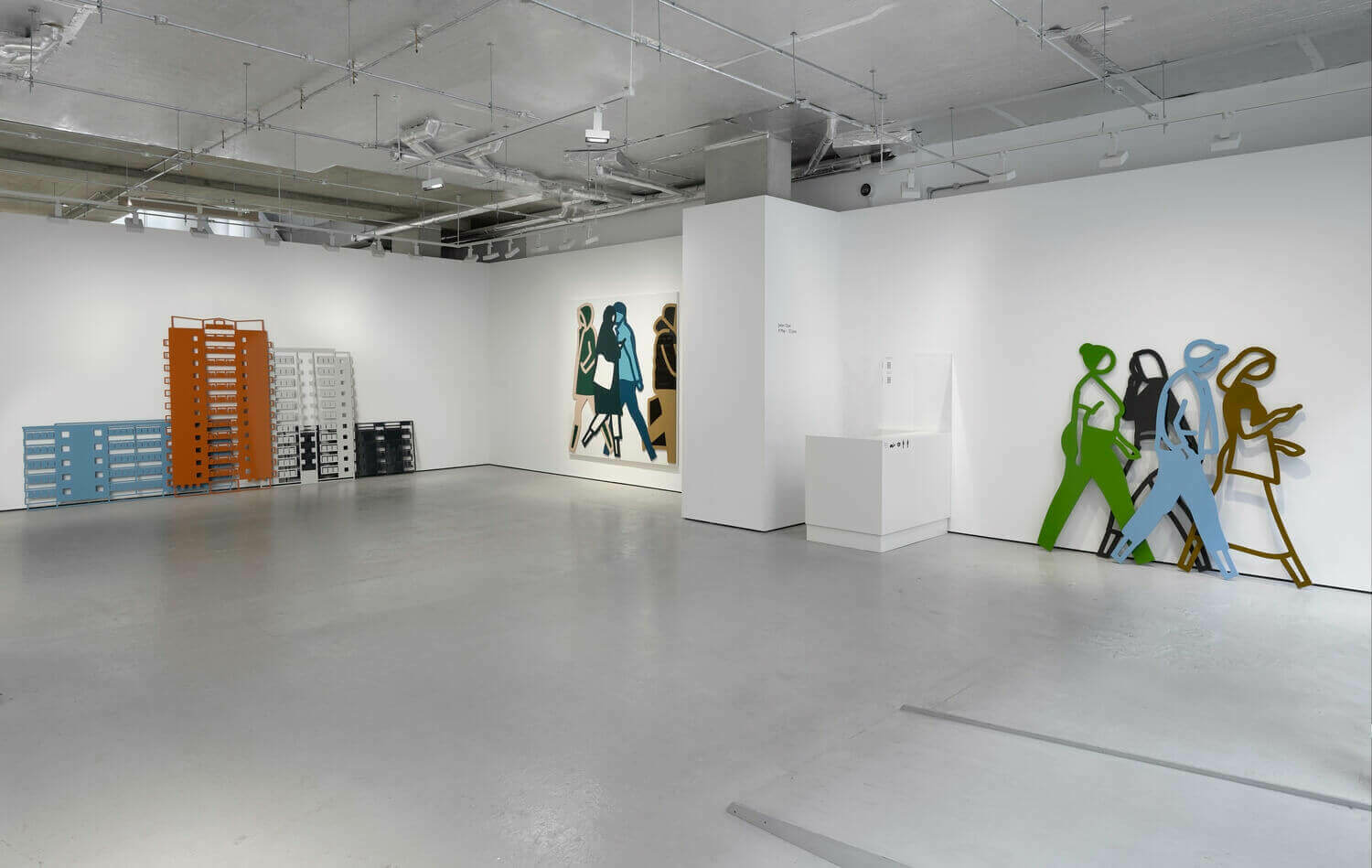 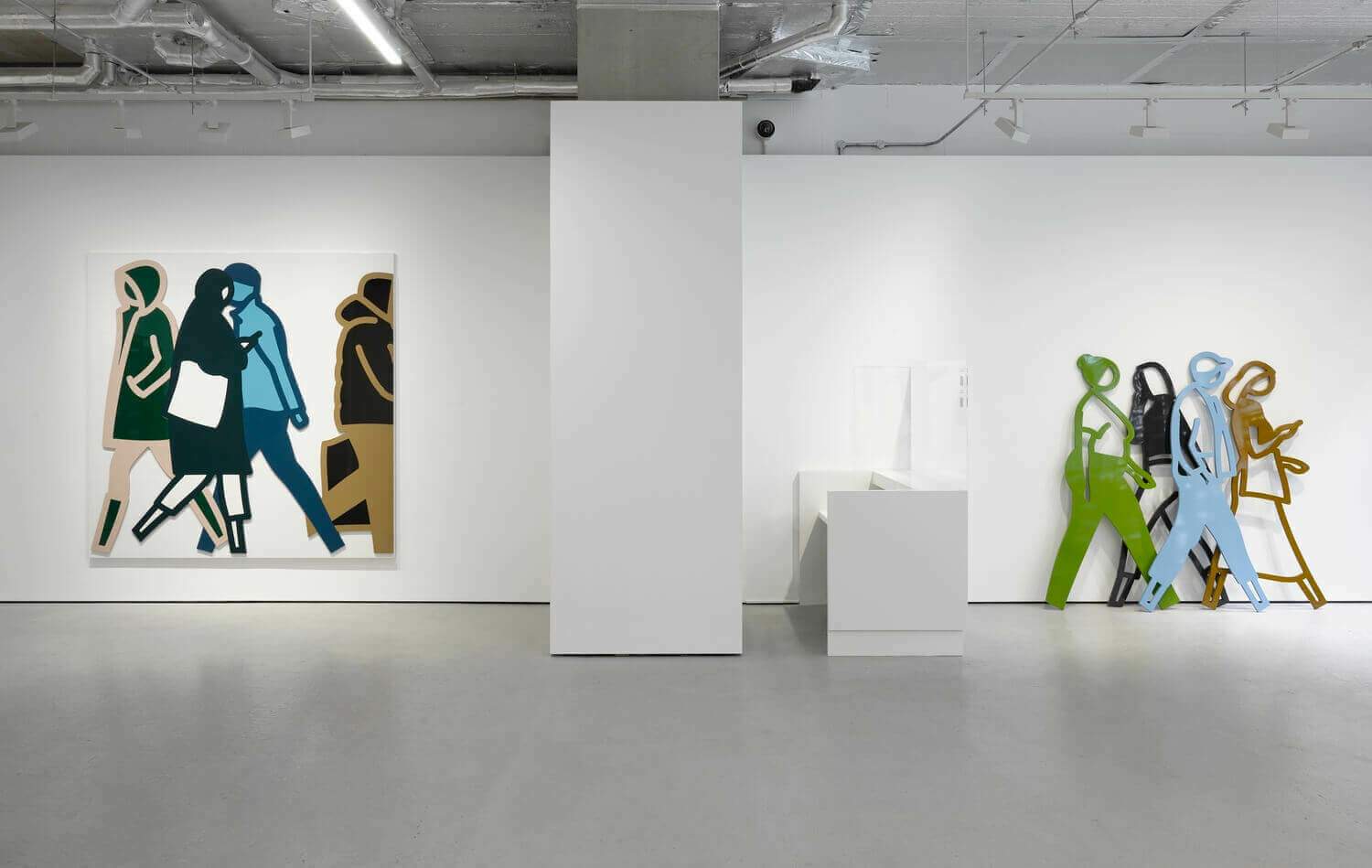 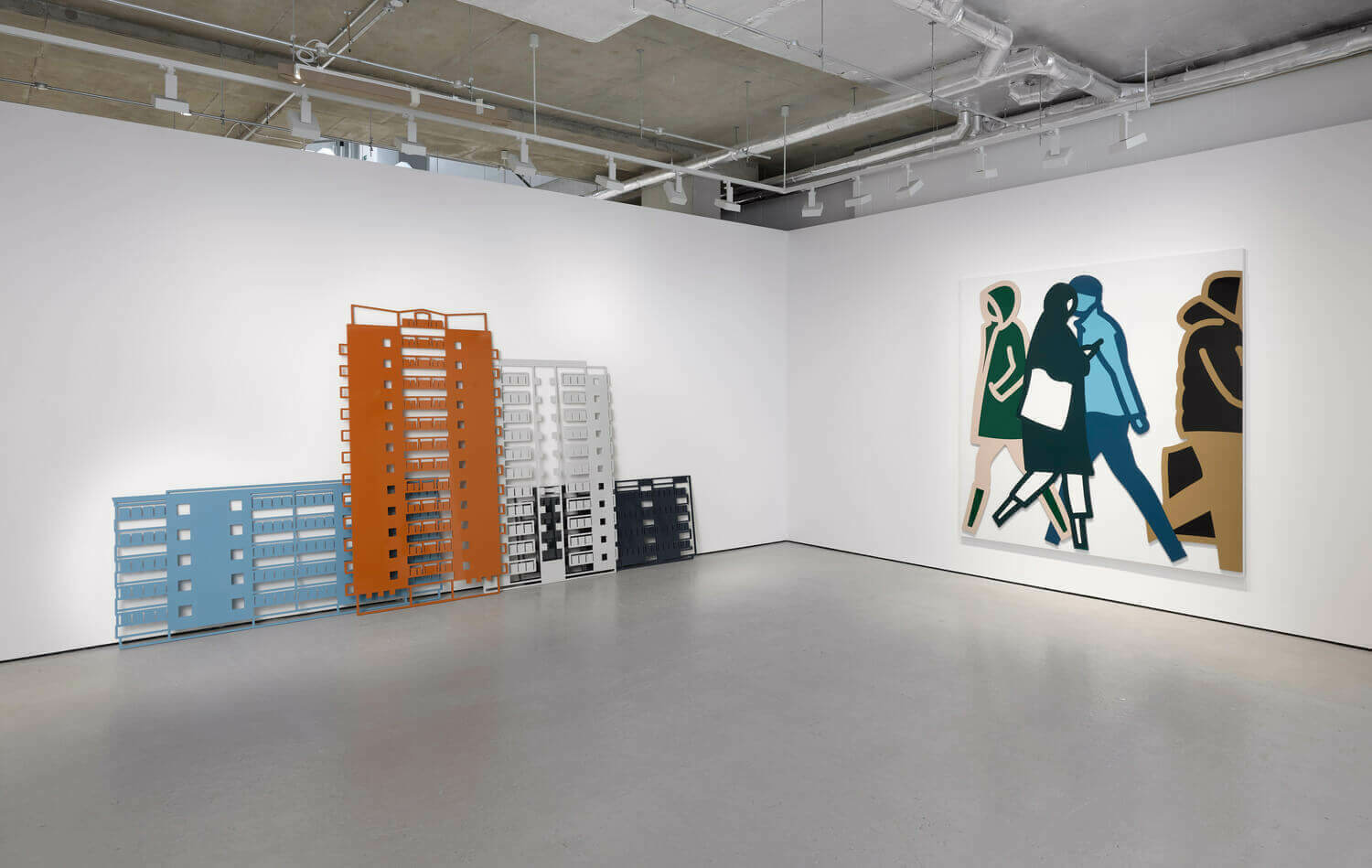 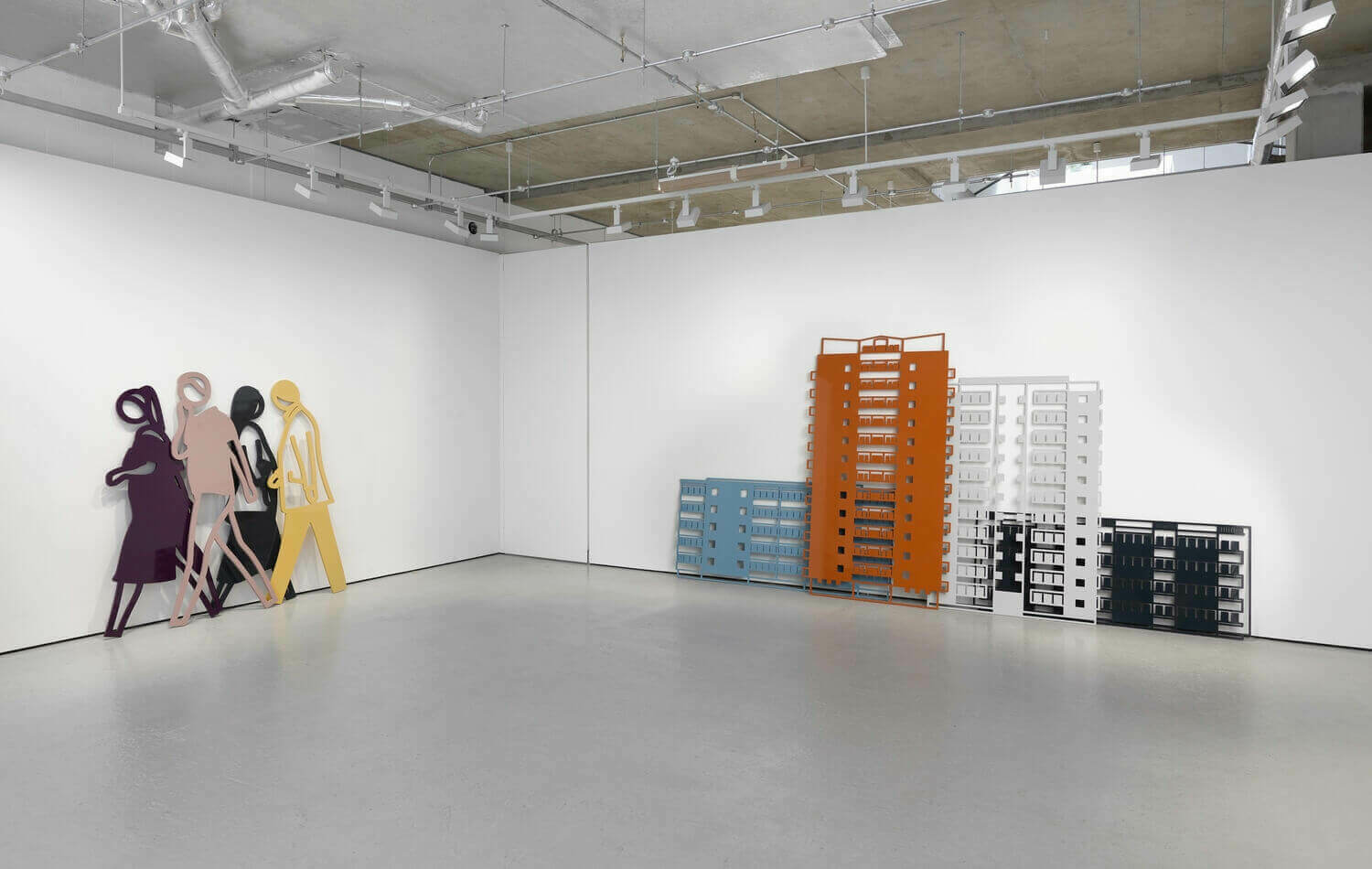 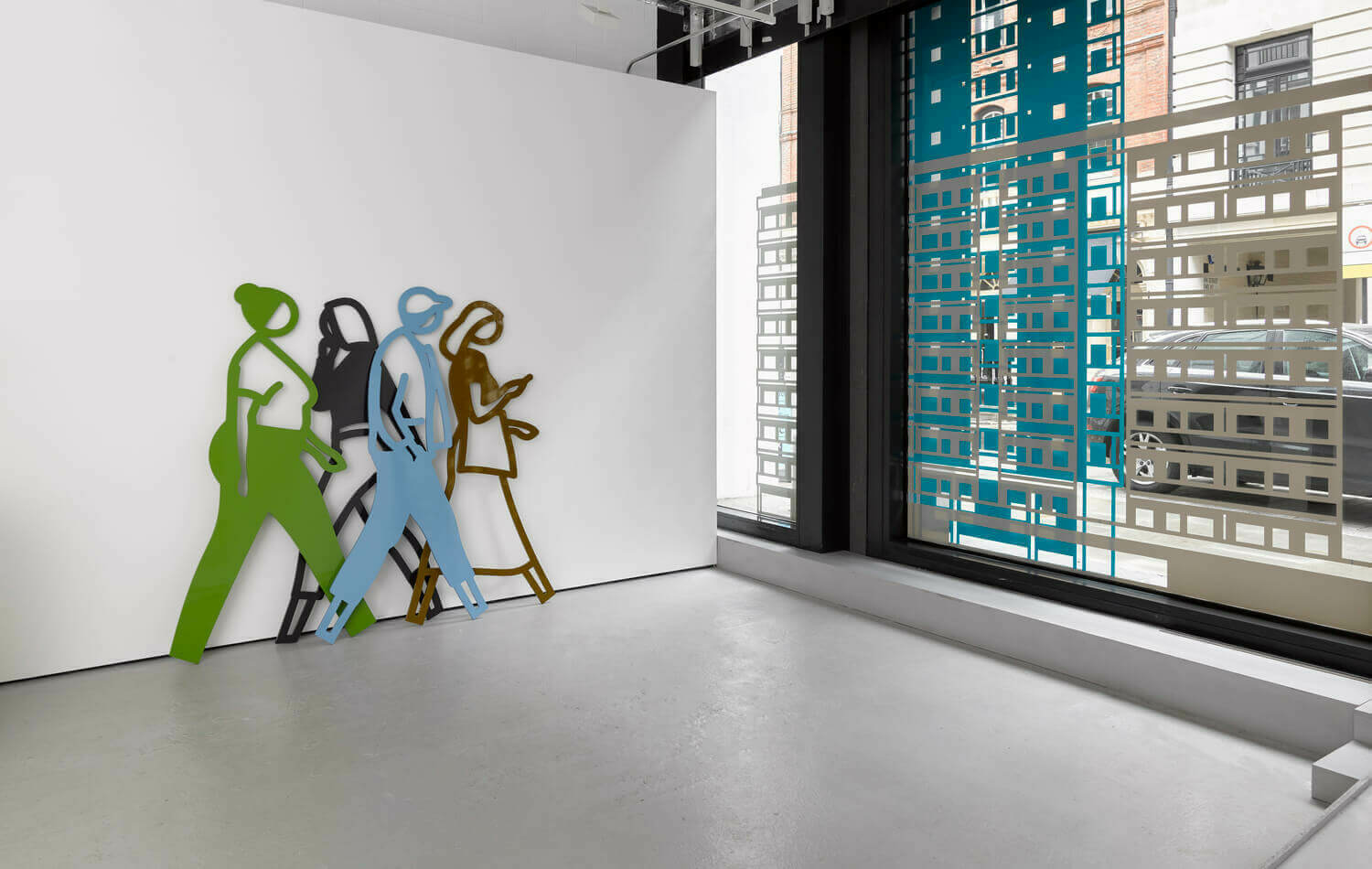 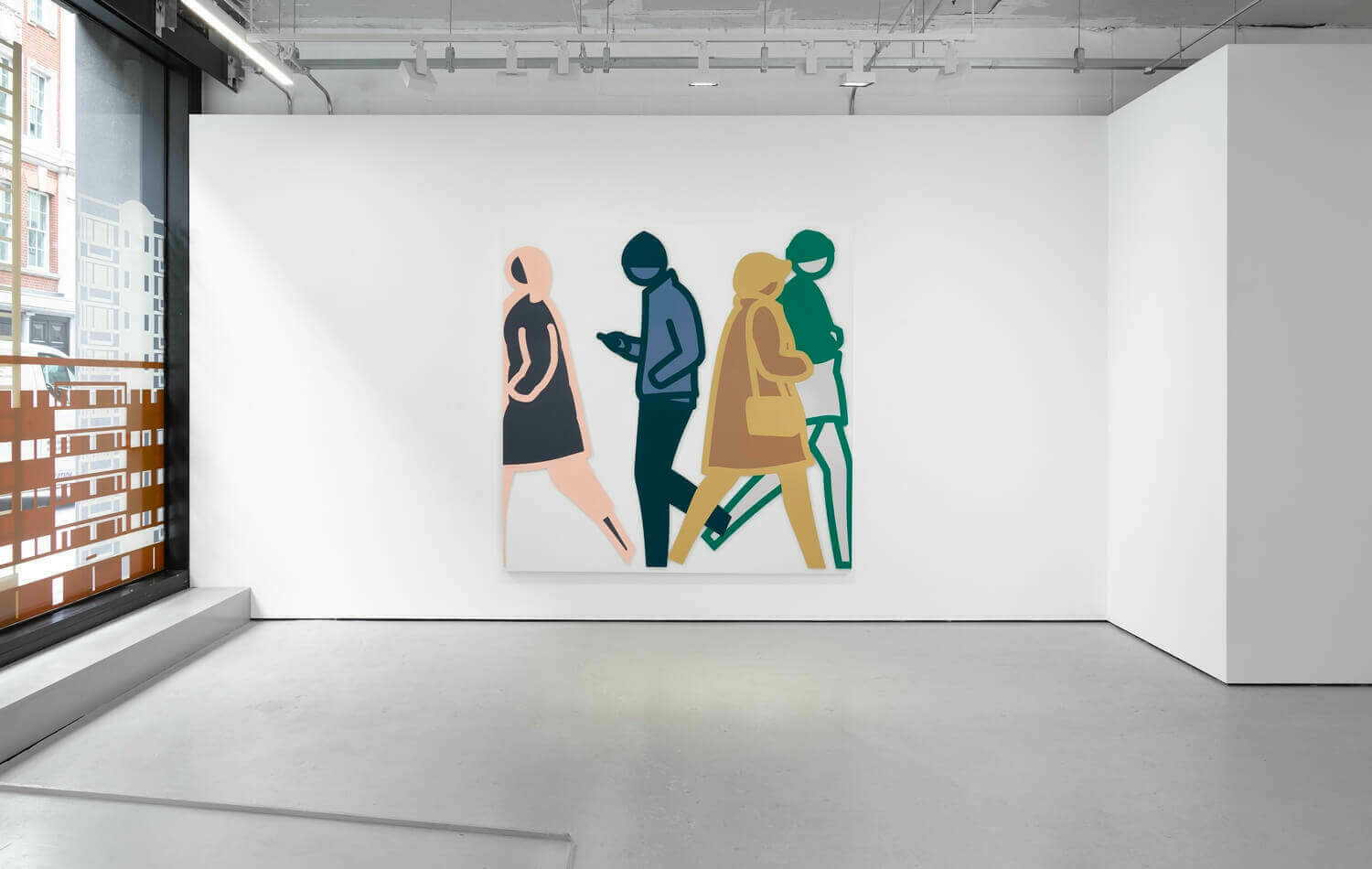 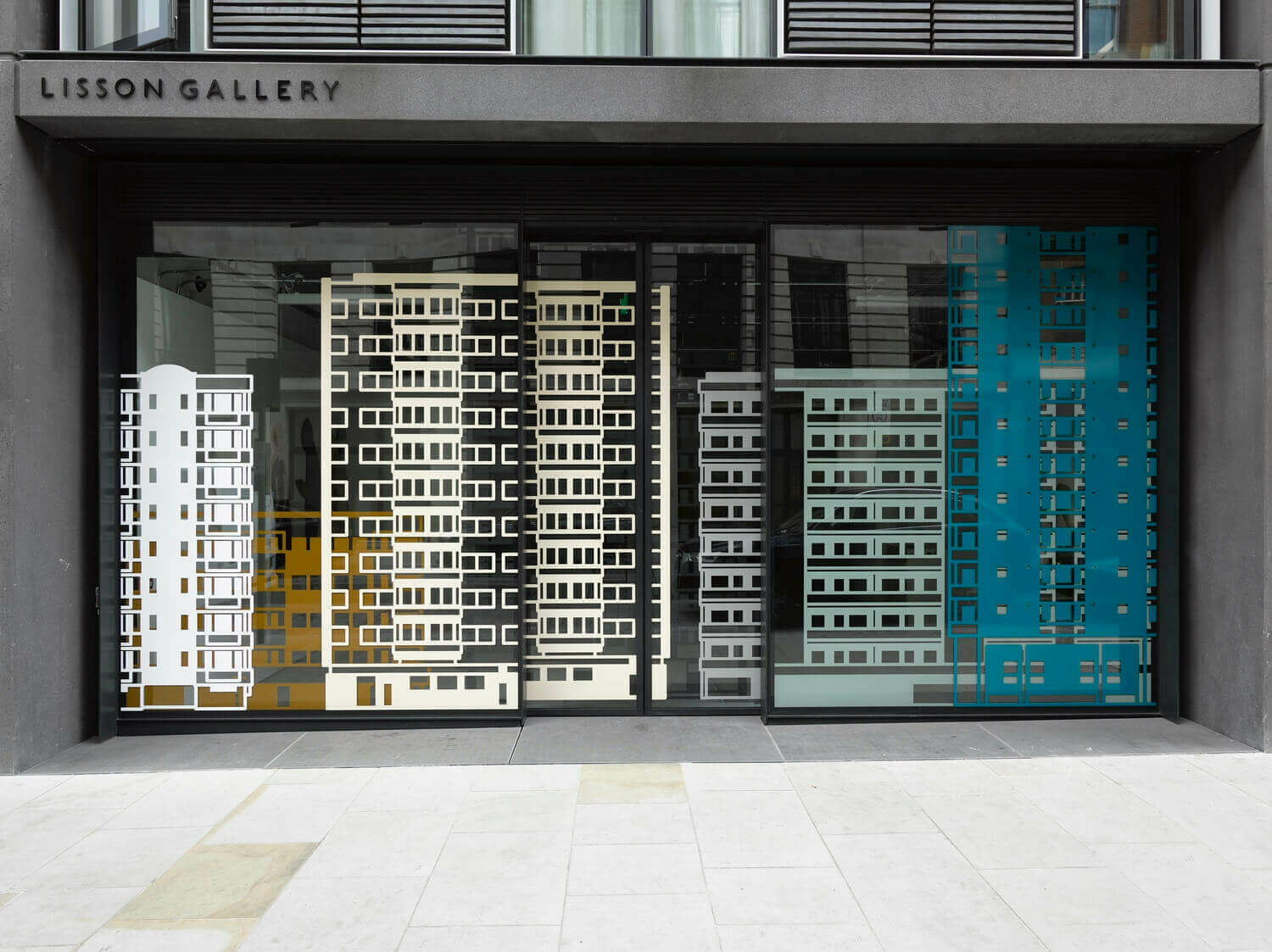