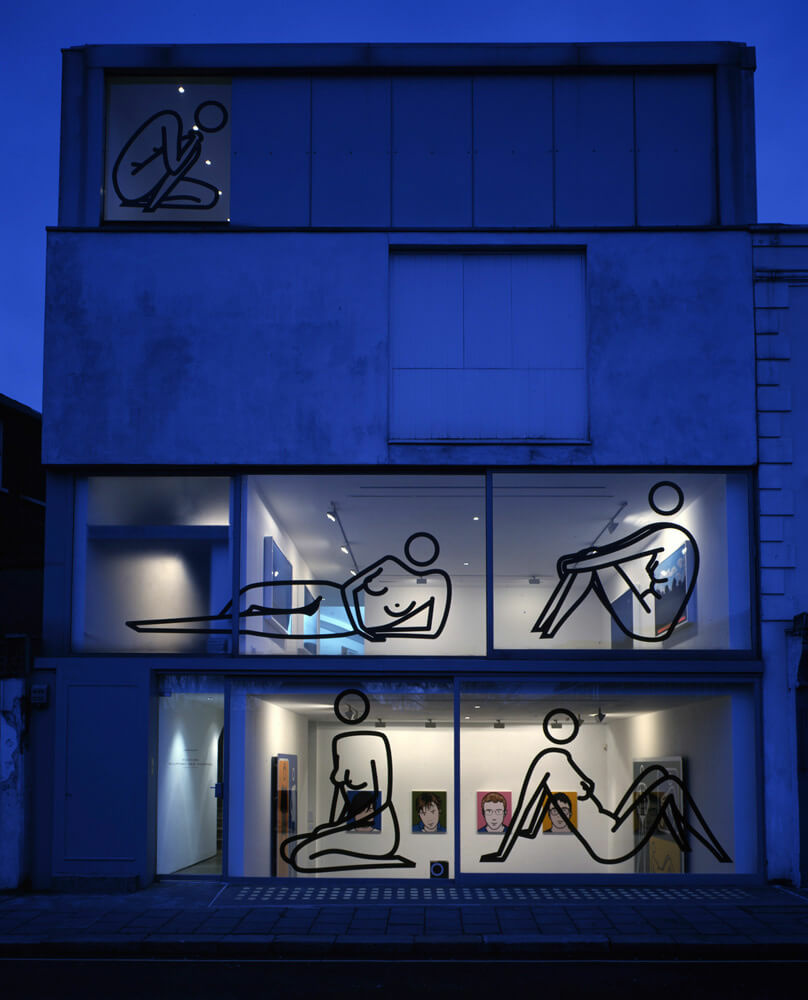 The facade, floors and walls of the Lisson Gallery will become a showcase for Julian Opie's nudes and portraits. Drawn on the computer some 35 friends and acquaintances of the artist (including members of Blur) will be outputted as paintings, sculptures, wallpaper, films and concrete casts. Upstairs will be a series of digital landscapes incorporating electronic tests, lights and sound, creating a primitive but evocative sensate environment.

"There is something very cold, impersonal and, at the same time sexy about an airport lounge."

"People are quite self conscious when I photograph them, which is embarrassing in the photo but helps to give life and presence to a painting."

"Our relationship to objects is defined by our bodies making the objects stand ins for people doubles up this effect."

"When I'm drawing I feel like everybody's face is fabulous. I don't know if this is also true of bodies."

"I would rather combine and manipulate existing languages than try to invent a new one."

"I would like to make a painting and then walk into it."
"I try to make a universal symbol for each individual I draw" Recent Exhibitions