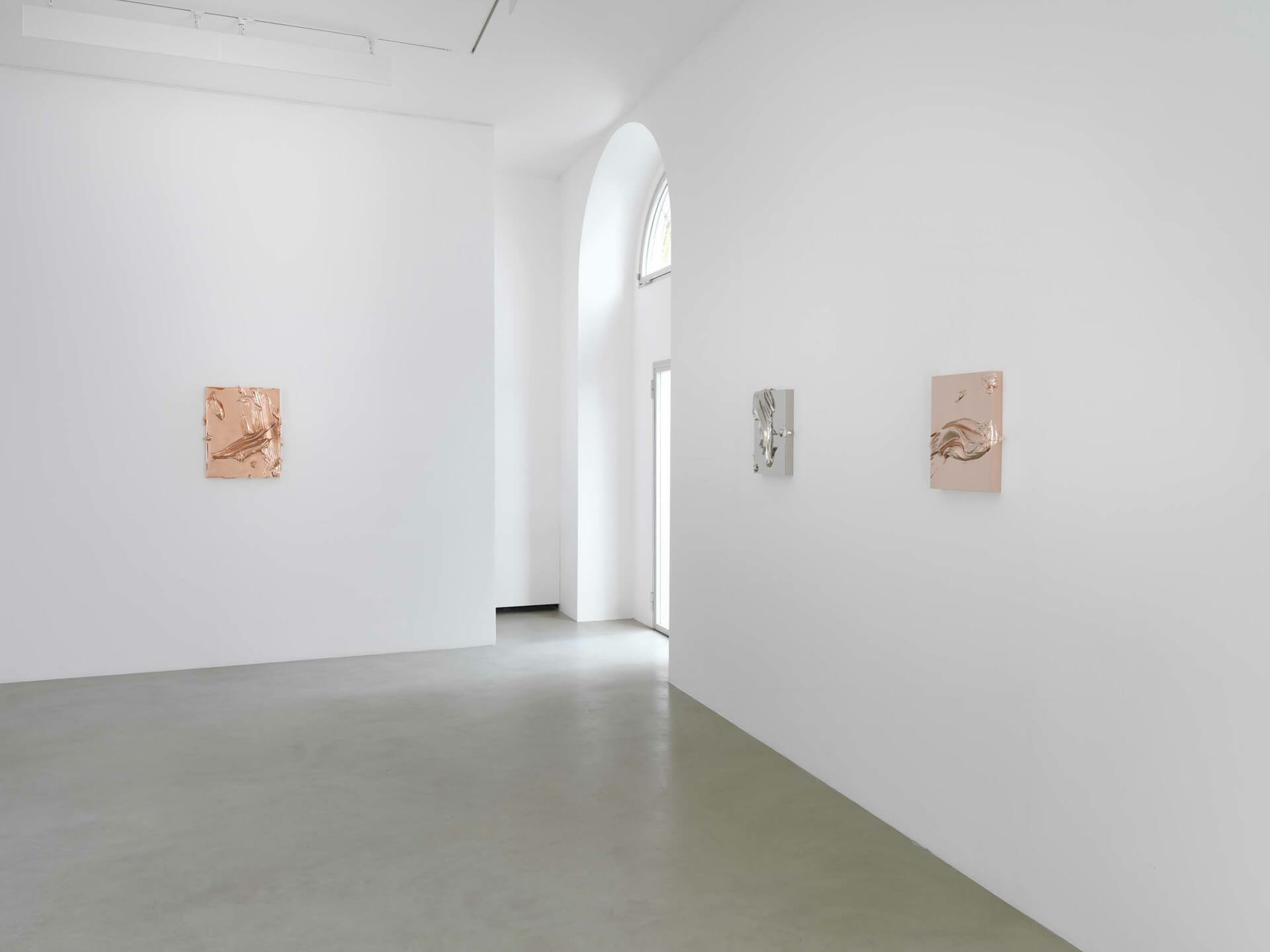 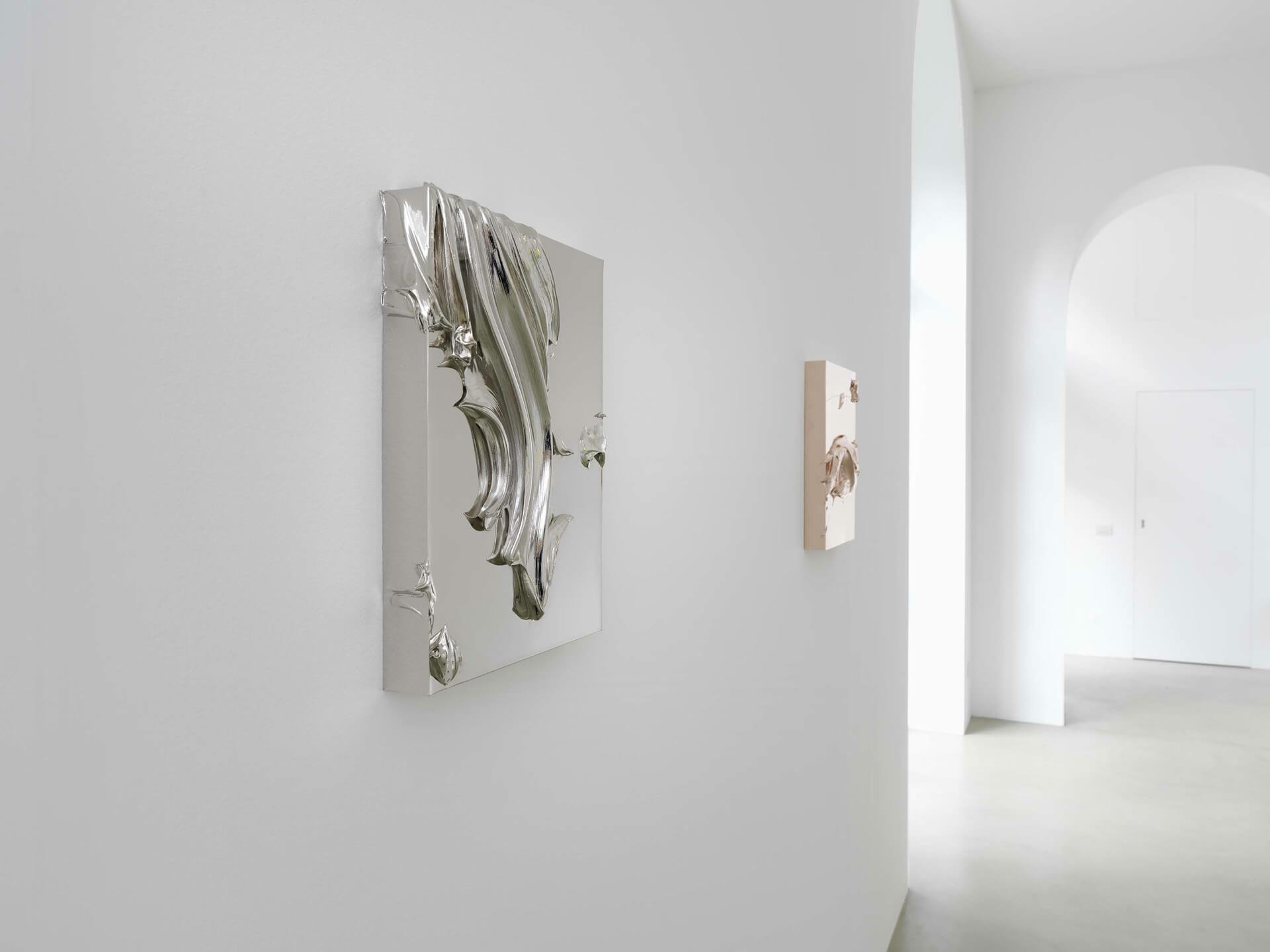 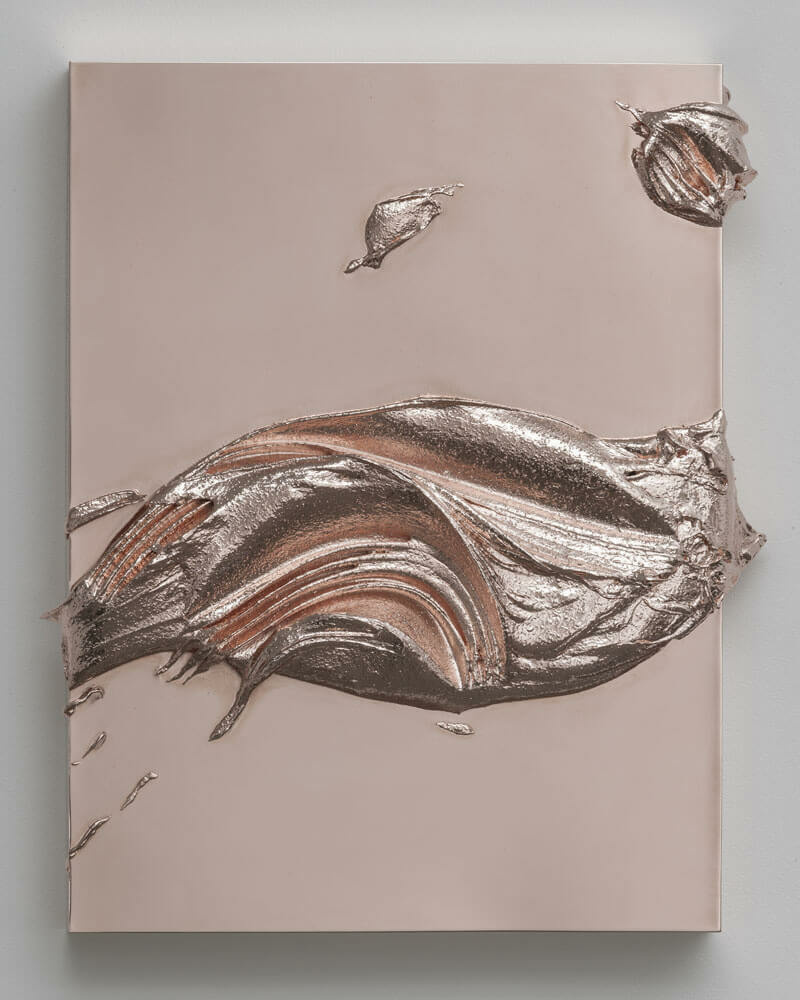 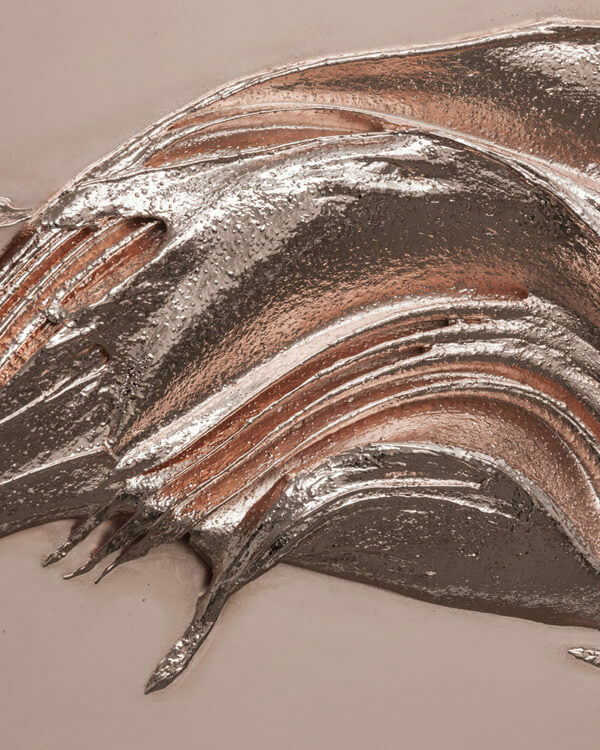 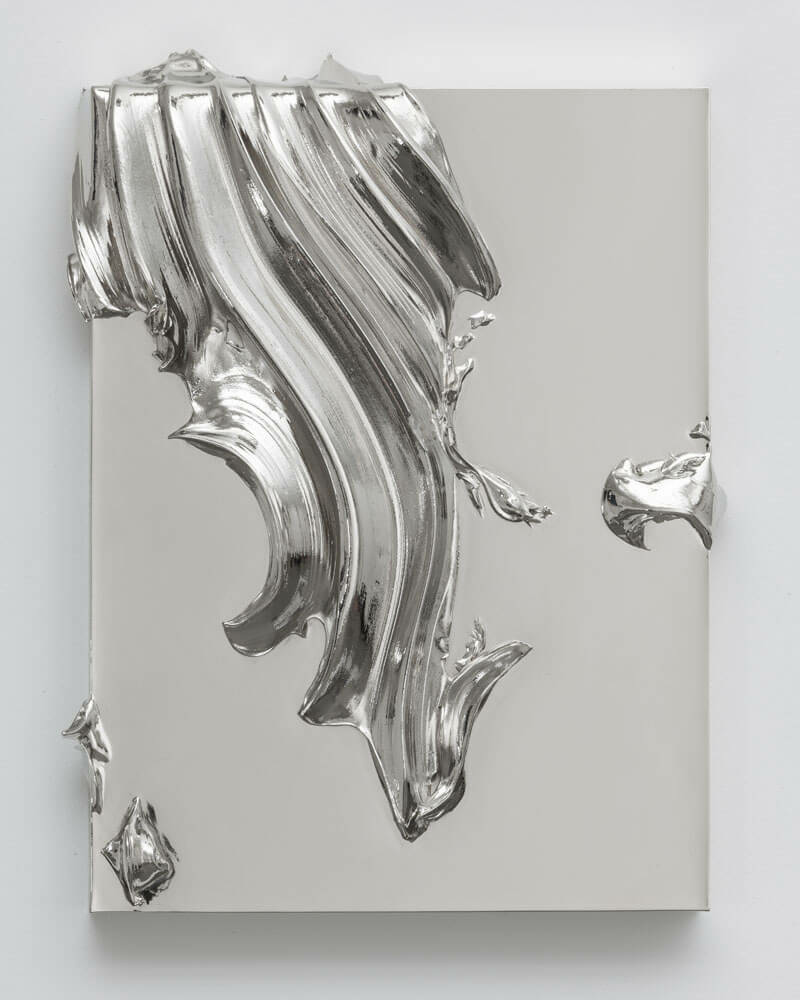 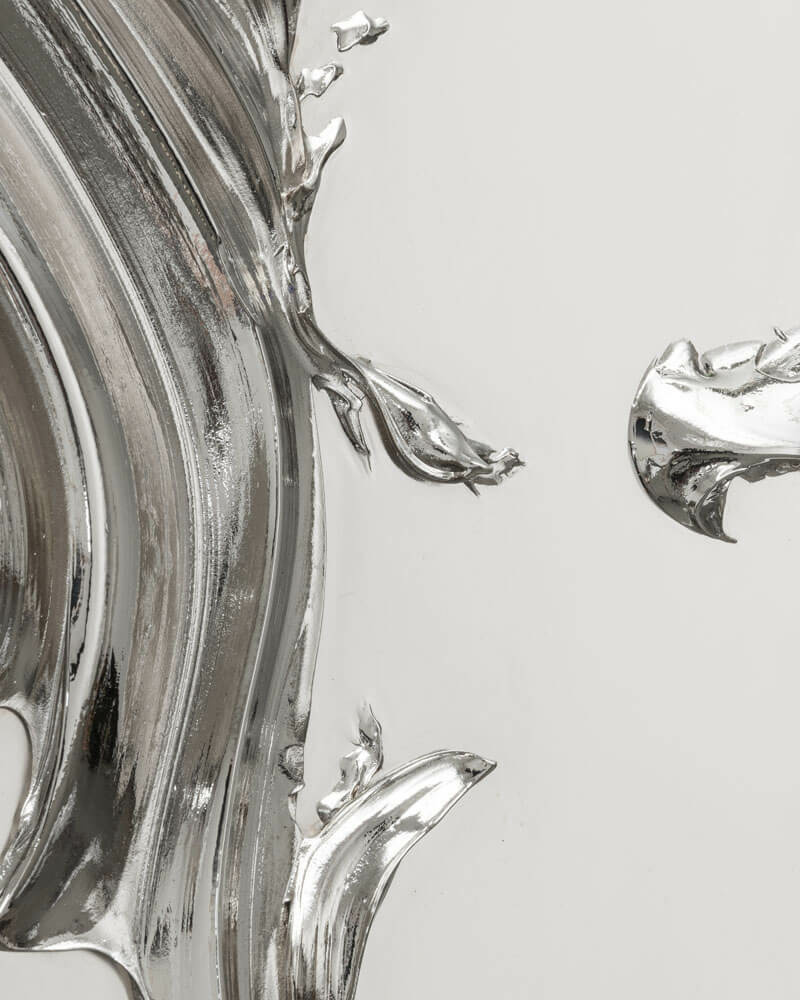 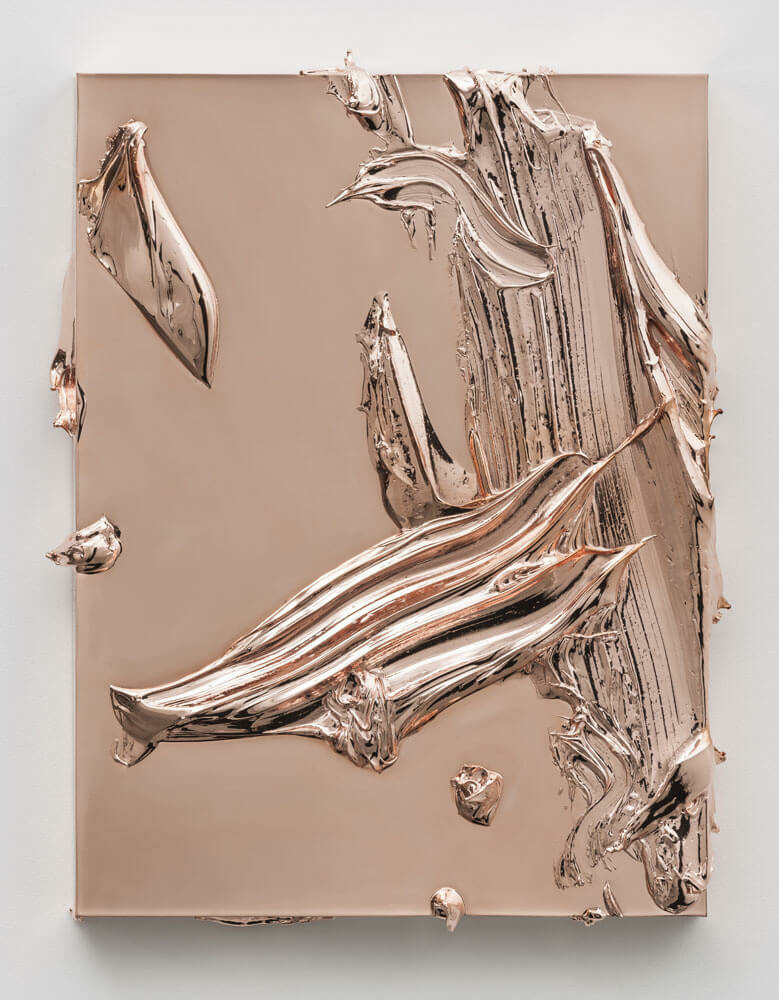 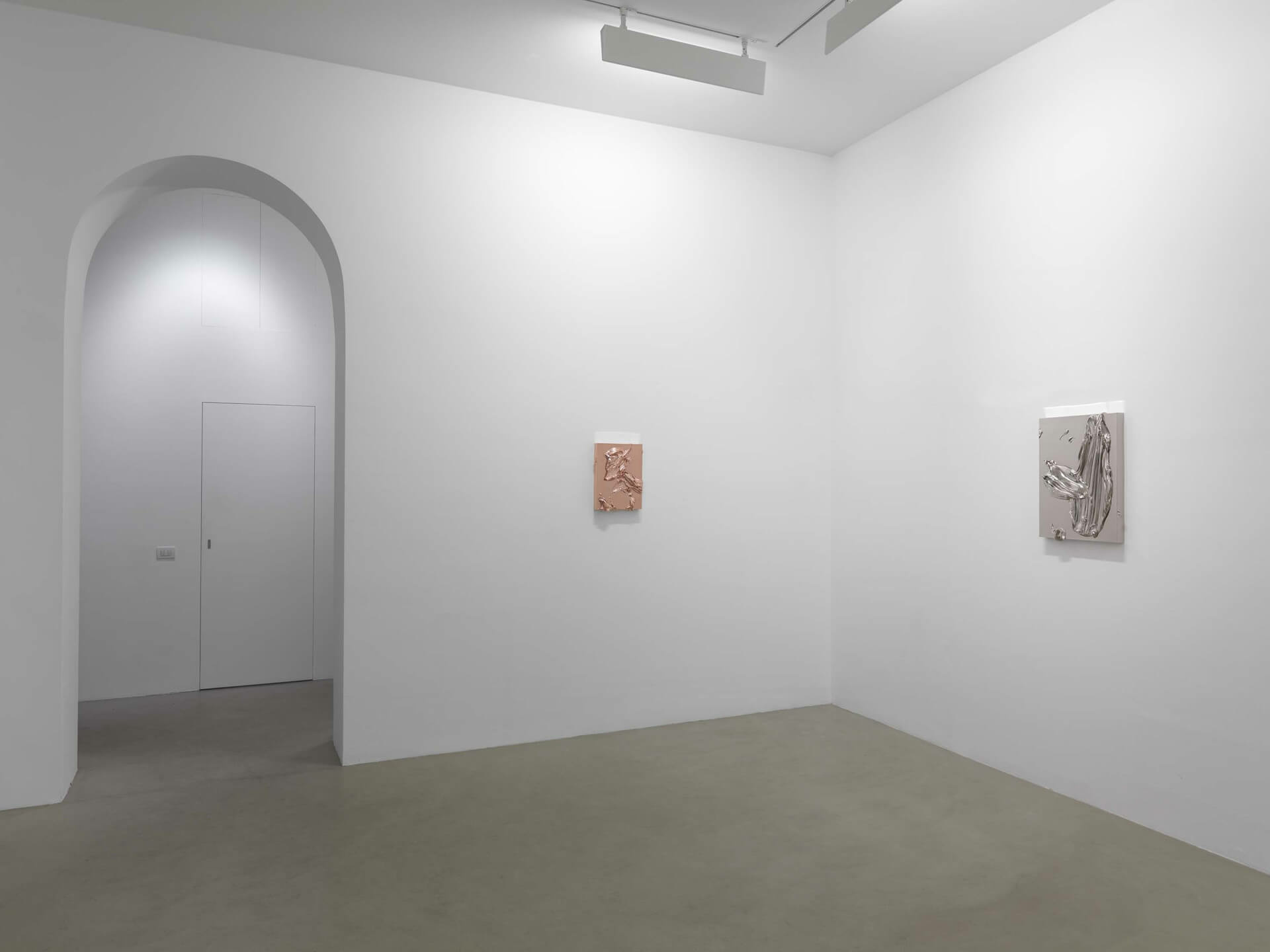 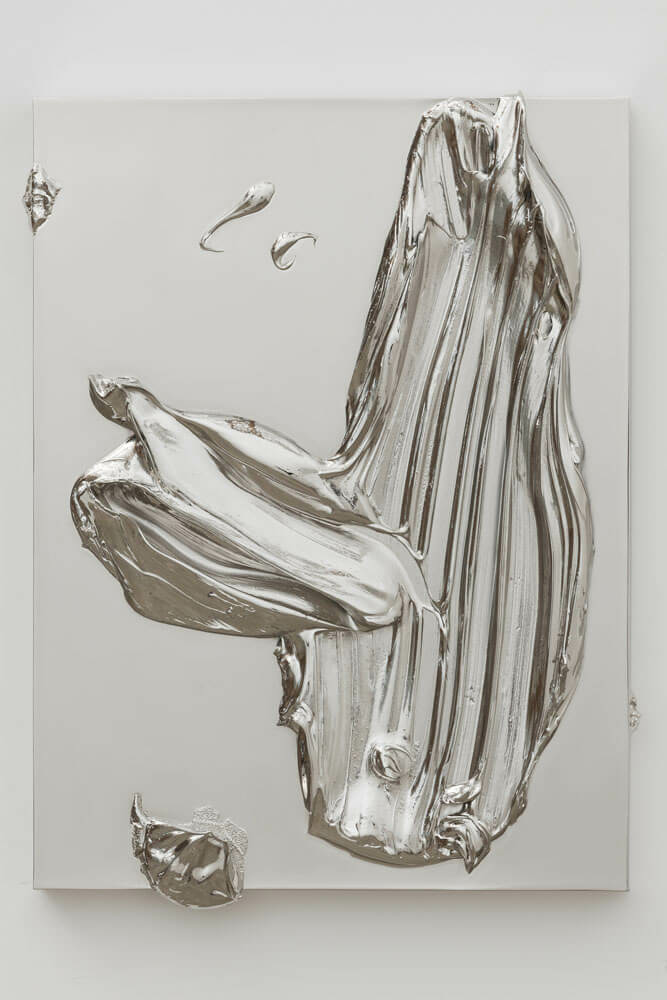 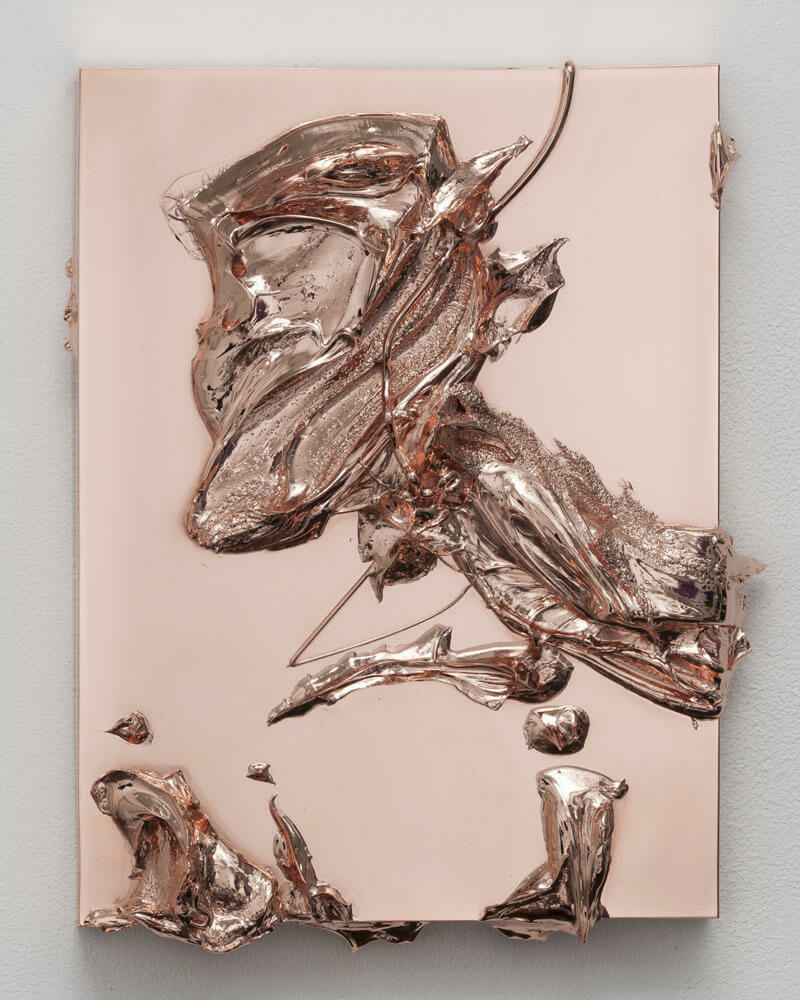 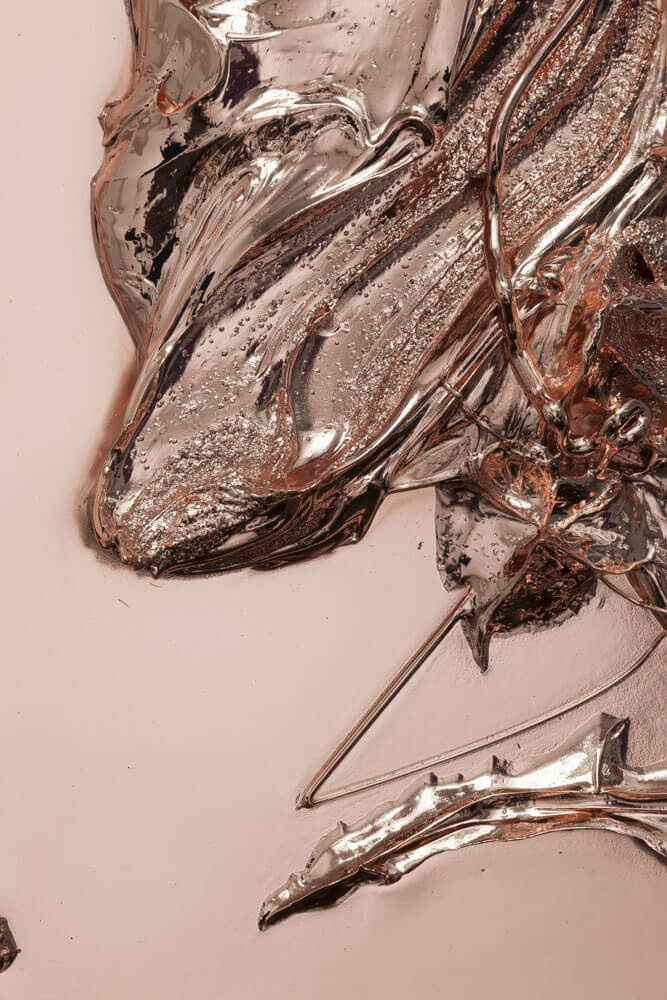 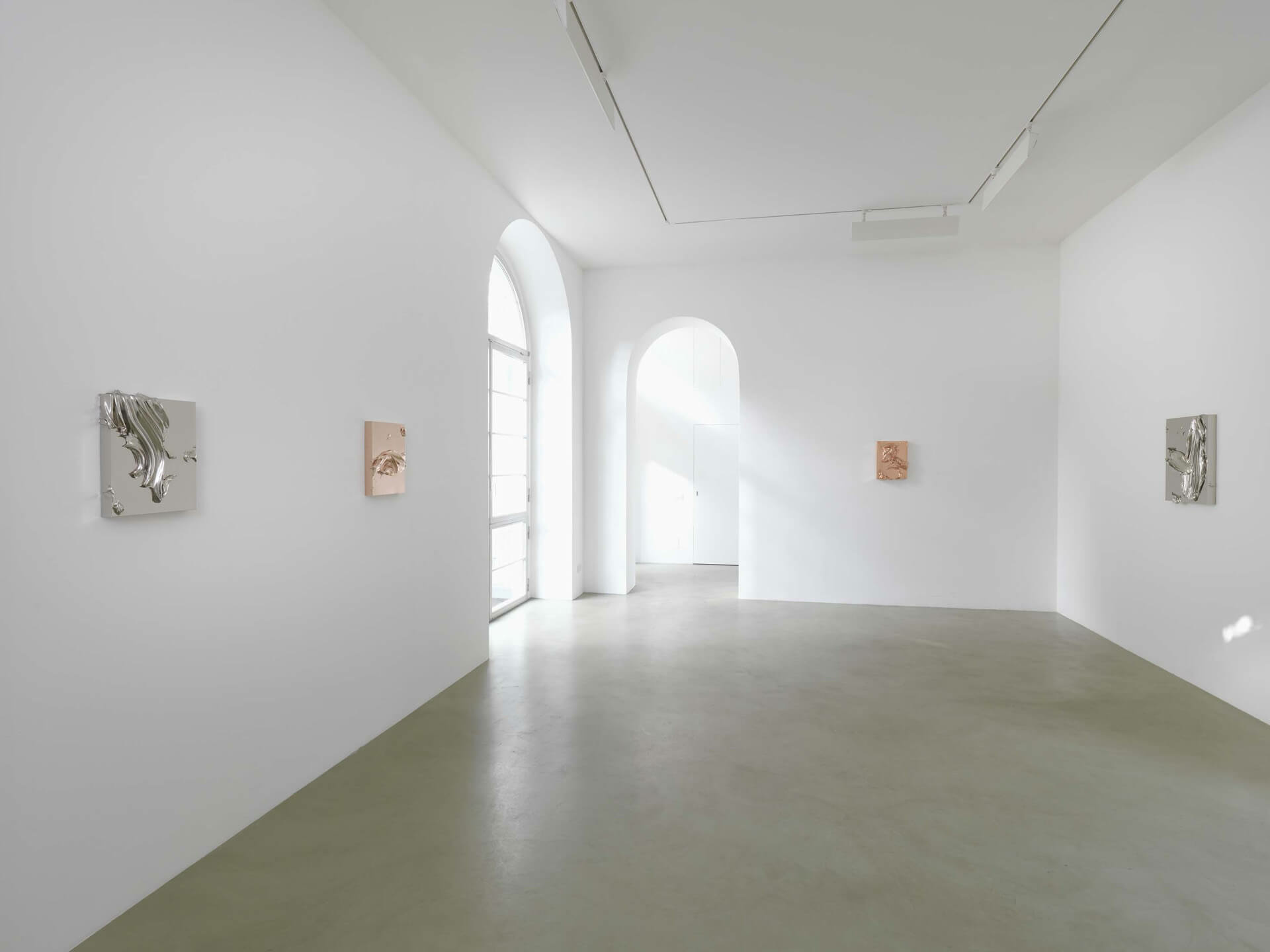 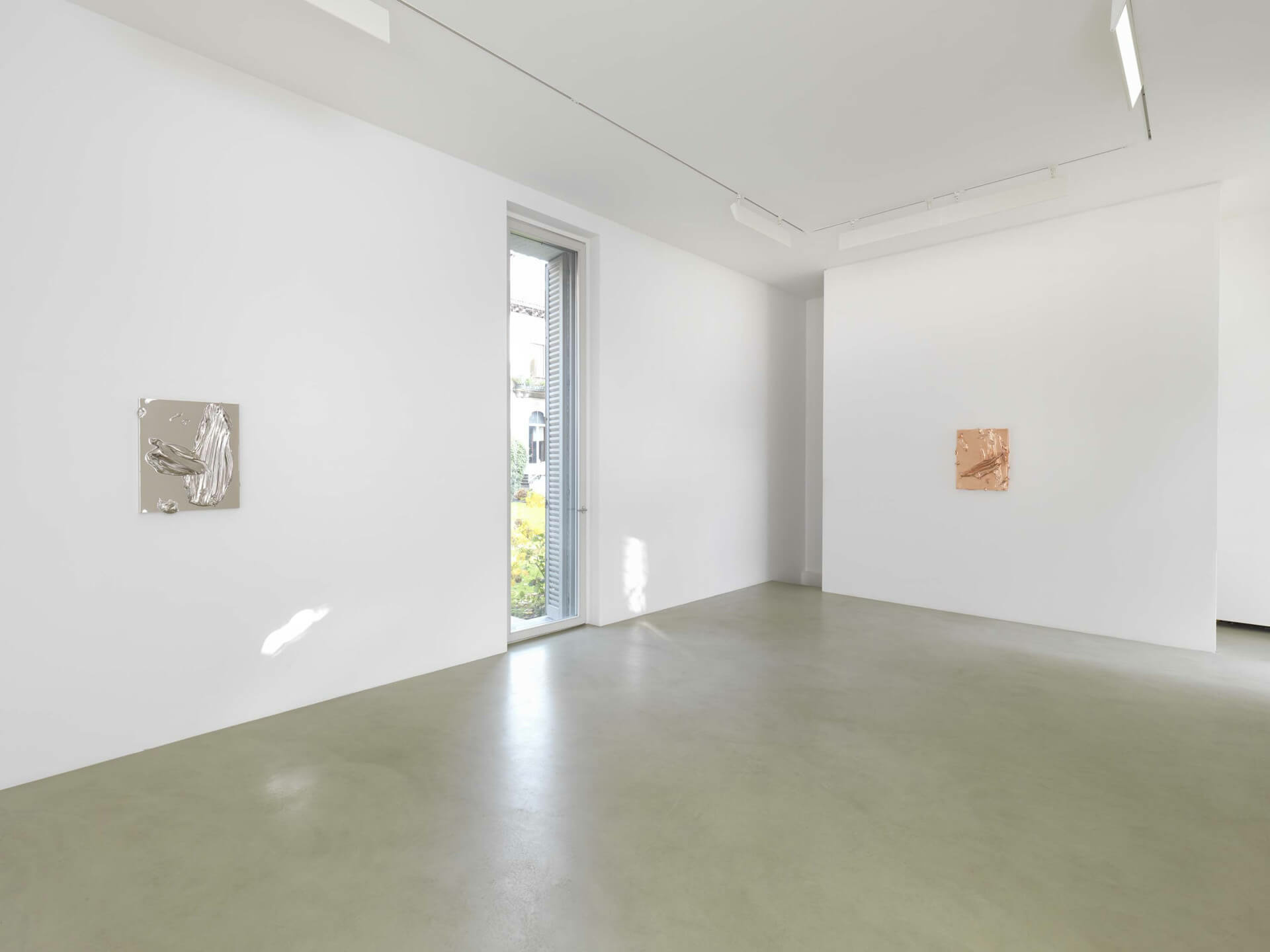 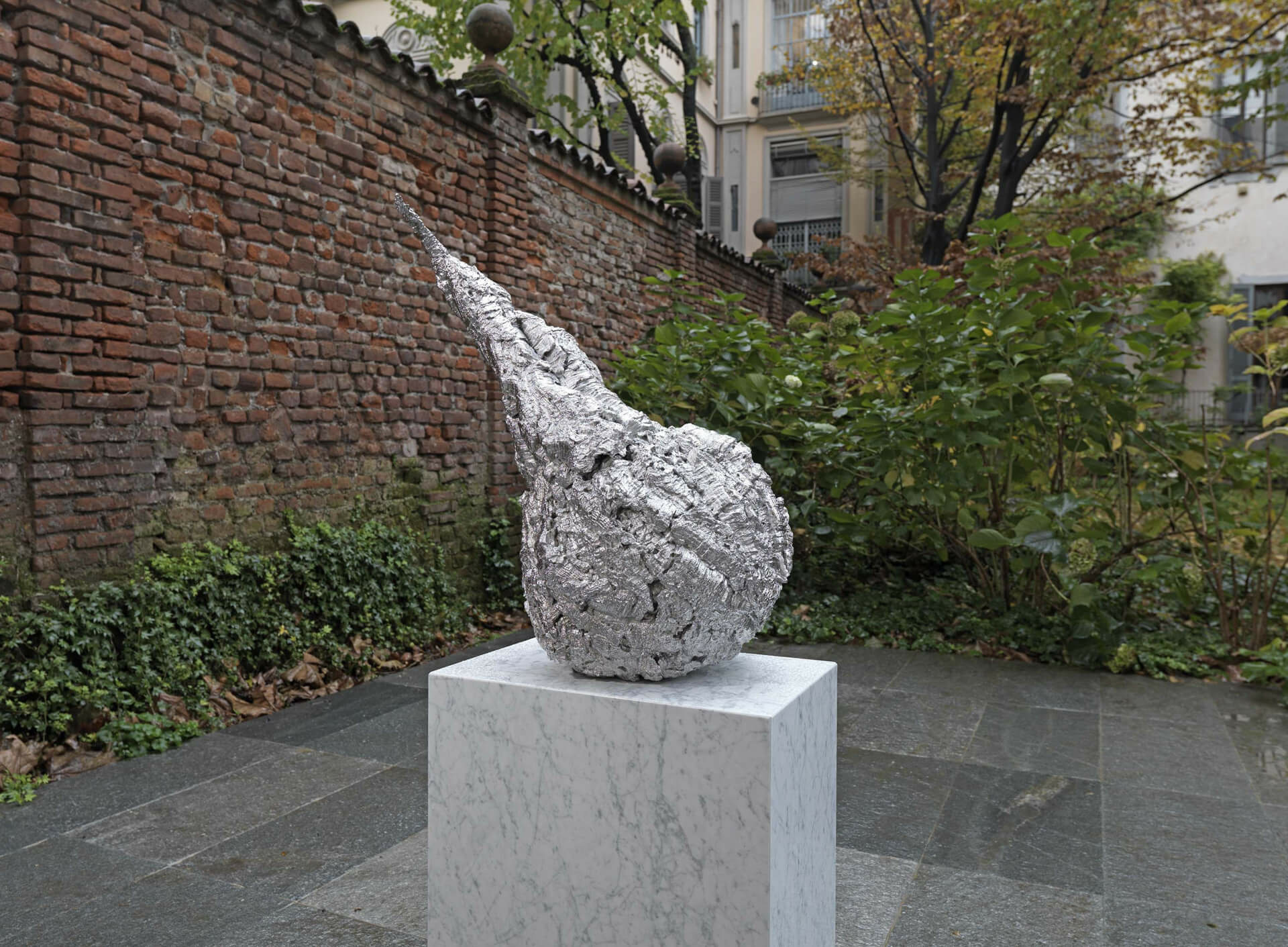 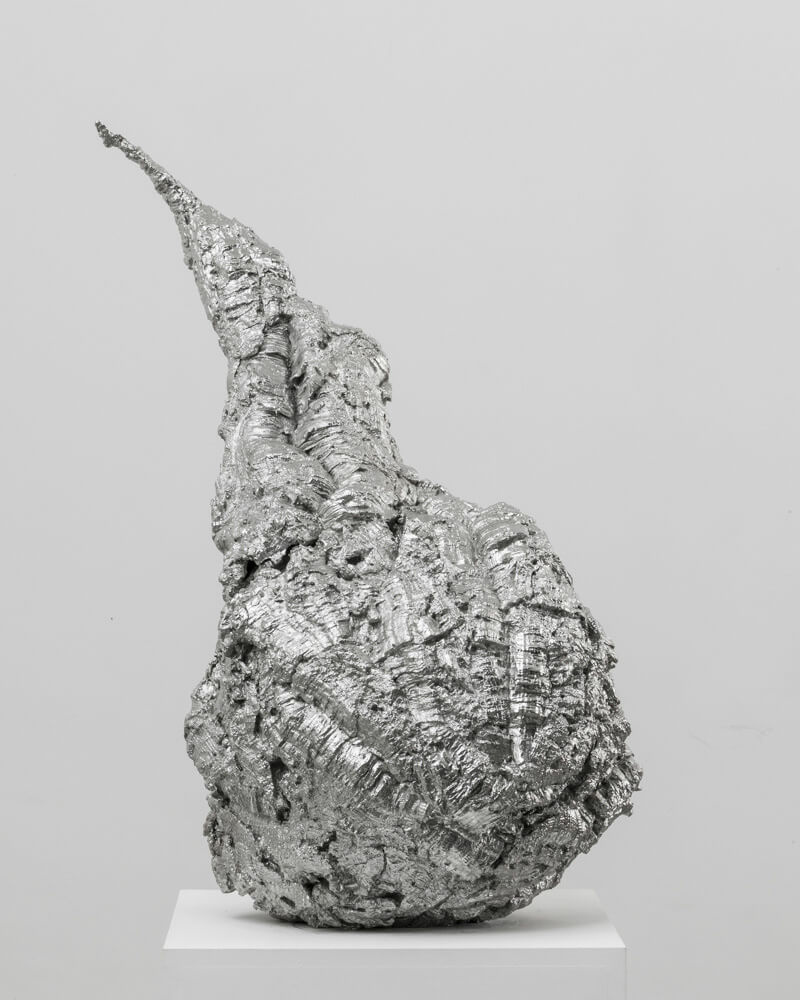 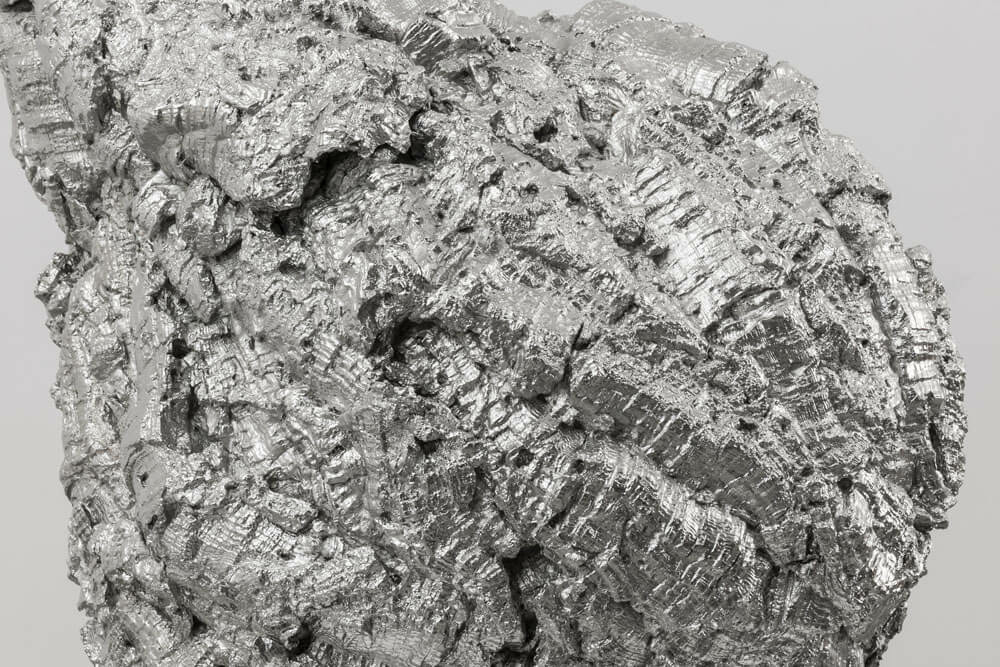 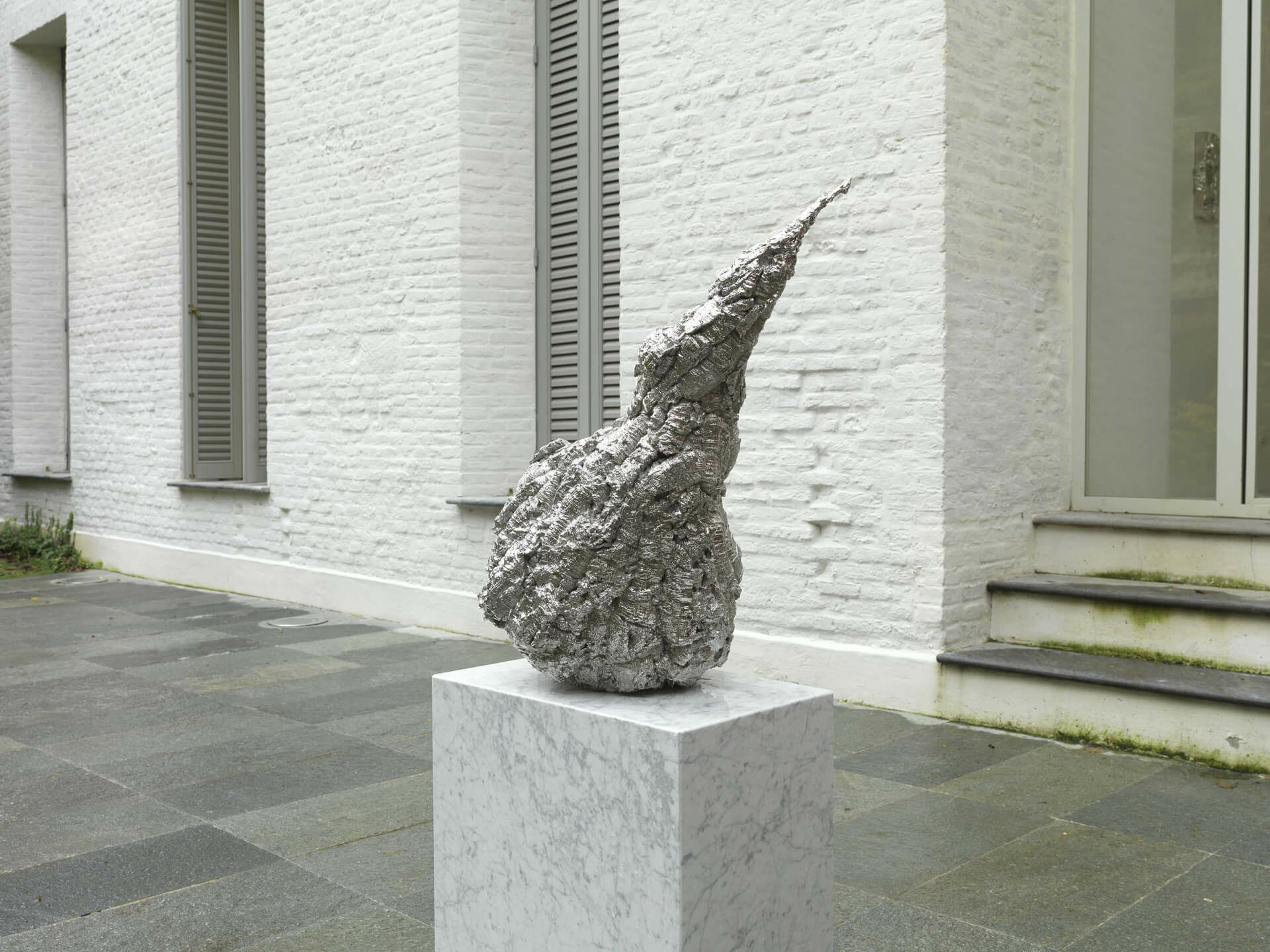 For his sixth solo show with Lisson Gallery, British artist Jason Martin presents a new series of cast copper and nickel works. Trained as a painter in oil and acrylic, Martin began manipulating his chosen material in the early 1990s, dragging, scraping, combing, raking and squeegeeing paint across the surfaces of his canvases and aluminium panels until their edges bled colour and the surfaces picked up textures, gestures and happenstance along the way. This performative process has been complicated in this latest set of cast works, available exclusively through Lisson Gallery, in which thick impasto marks made from brusque, almost baroque sweeps of hand-sculpted material have been solidified into metal in the manner of traditional bronze sculptures or statues.

This jewel-like series of eight panel reliefs hovers between dual registers: between painting and sculpture, between the singular and the serial, between movement and stasis and even between abstraction and figuration, as each viewer is mirrored in the smooth, unpainted sections of the supports. Bravura swirls and snaking rivulets of painterly gesture form endlessly perusable eddies of incident and yet the metallic sheen refutes and repels easy interpretation, making these simultaneously seductive and unyielding, adamantine objects.


Martin has further explored the boundary between painting and sculpture in a new floor-bound sculptural work, titled Anathema, which resembles a giant alien seedpod or a chromed meteorite crashed in the gallery courtyard. Also cast in electro-polished steel, this composite object is based on chunks of virgin cork bark found near his studio in Portugal. Its knotty, abstract exterior adding a further remove from the notion of handmade artistic expression normally ascribed to painting.