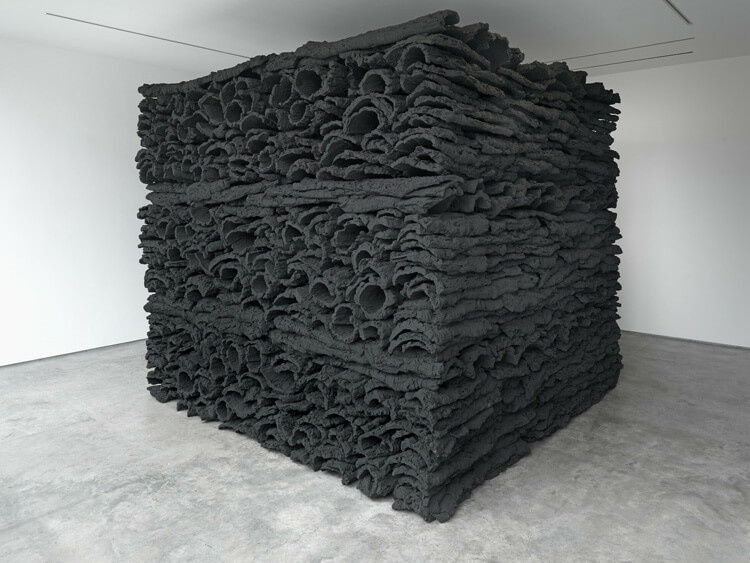 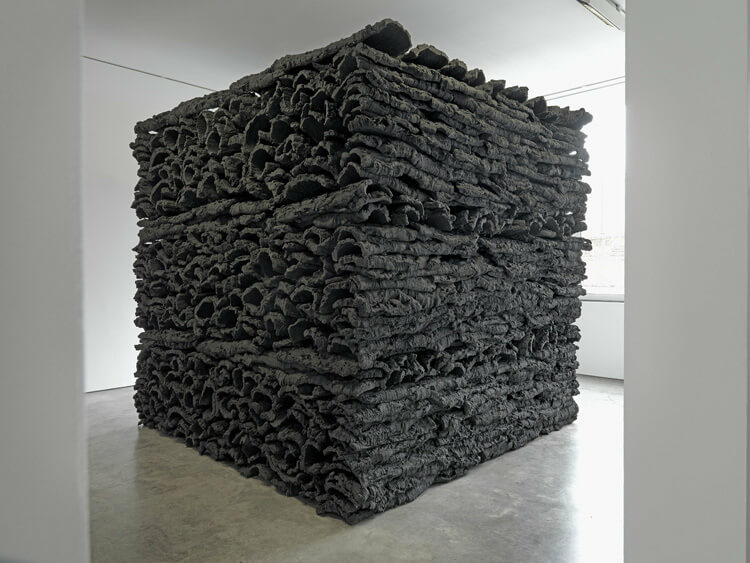 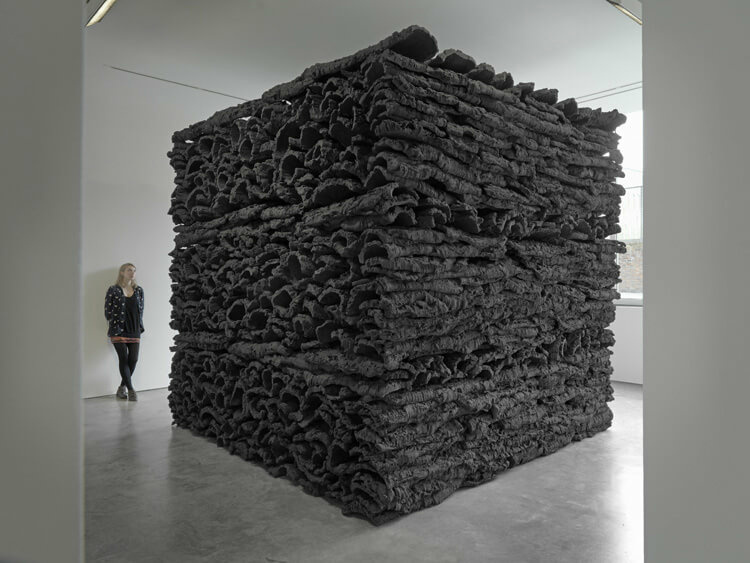 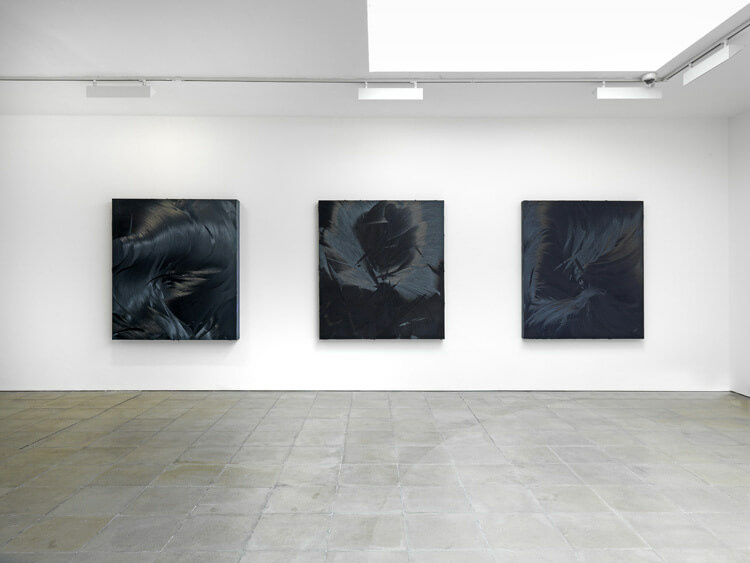 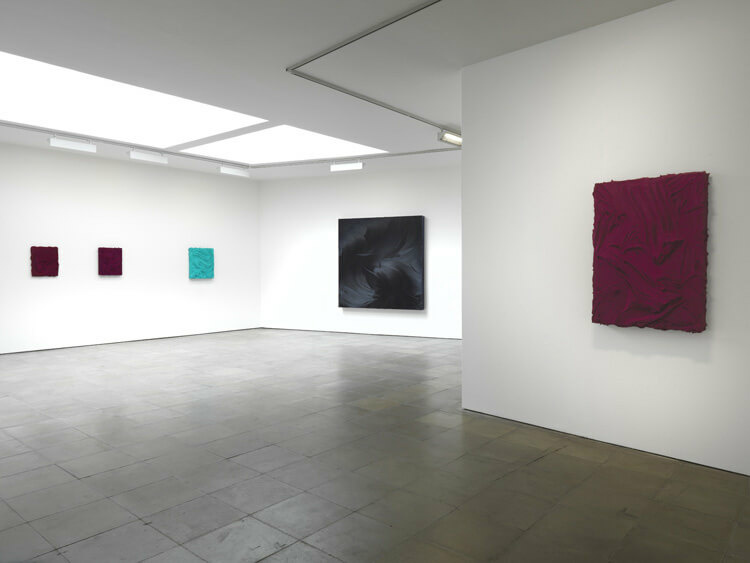 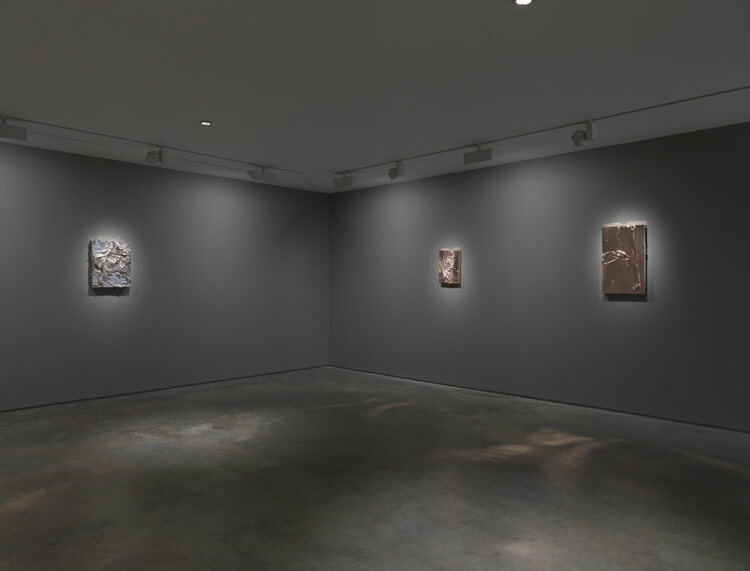 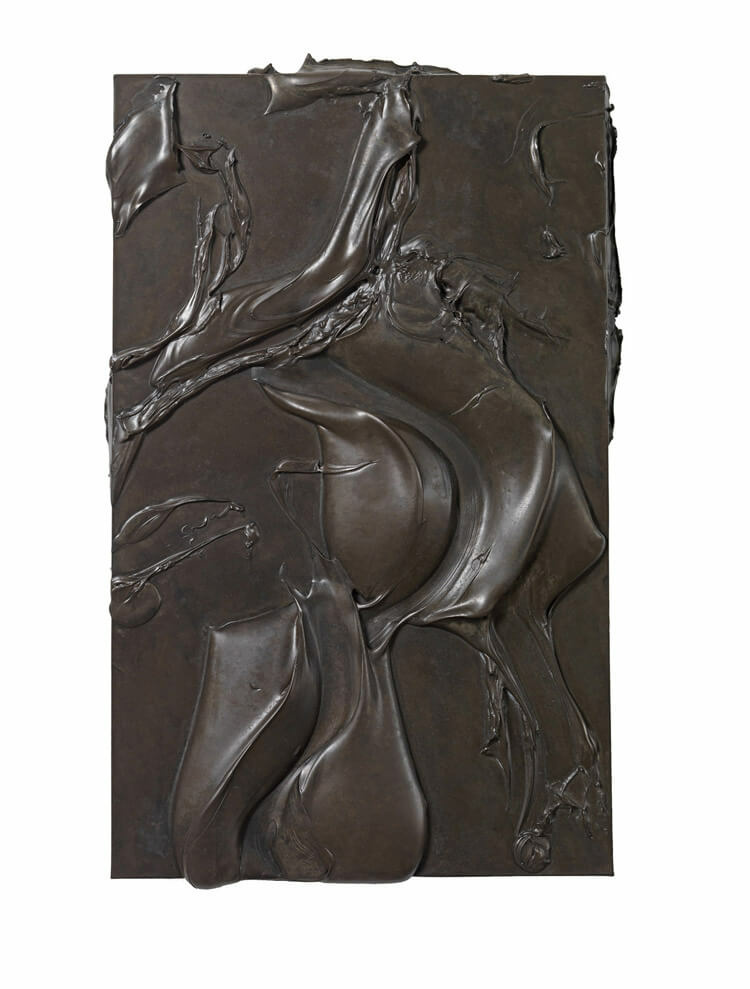 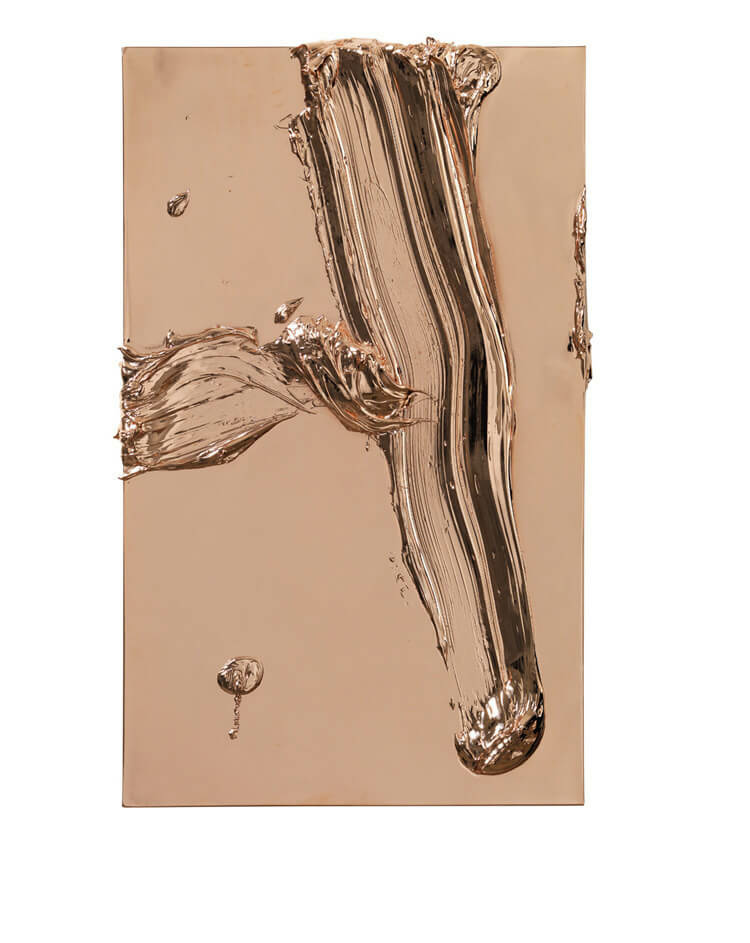 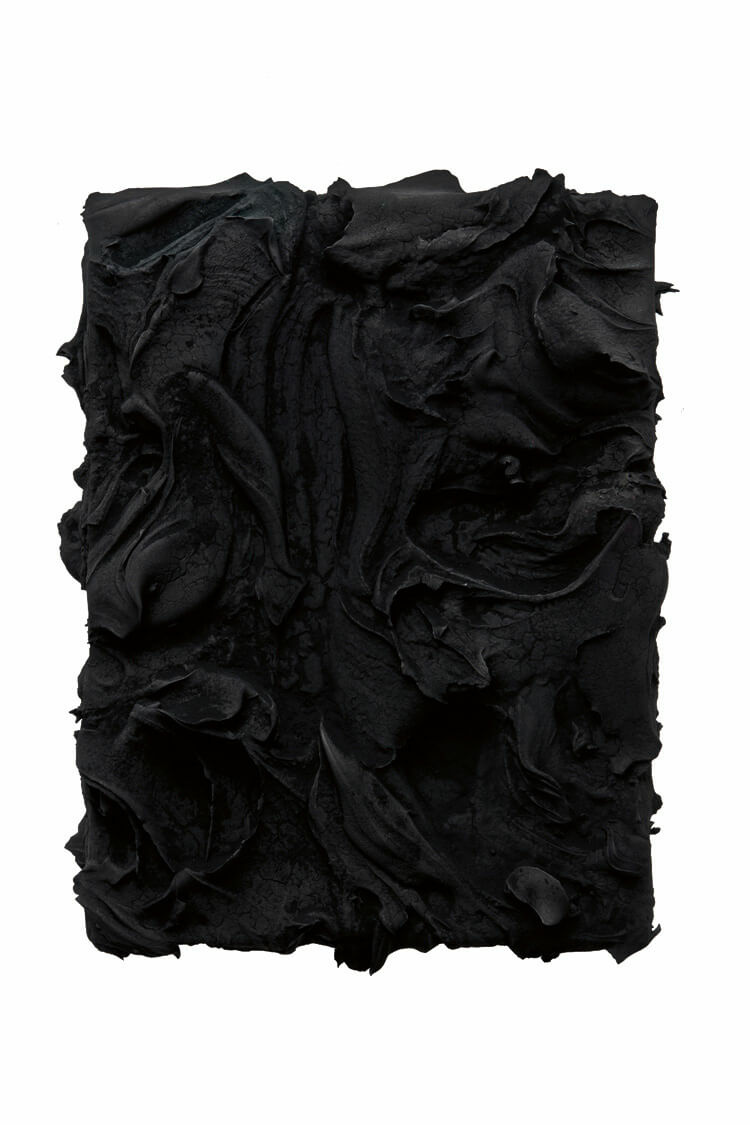 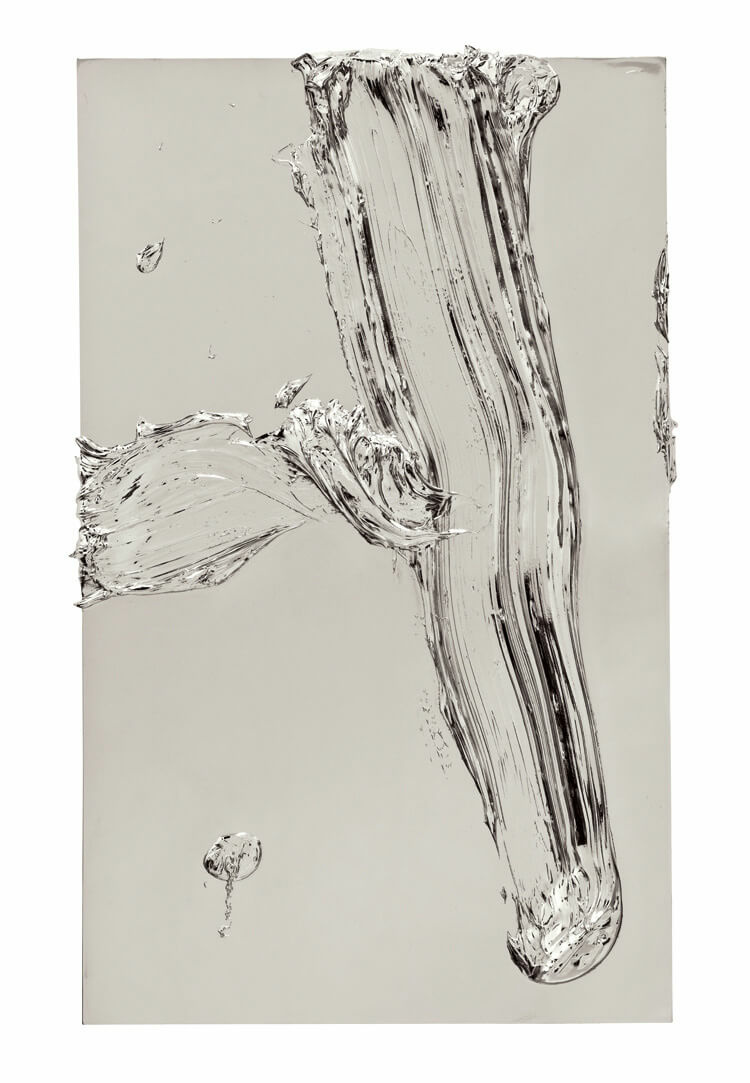 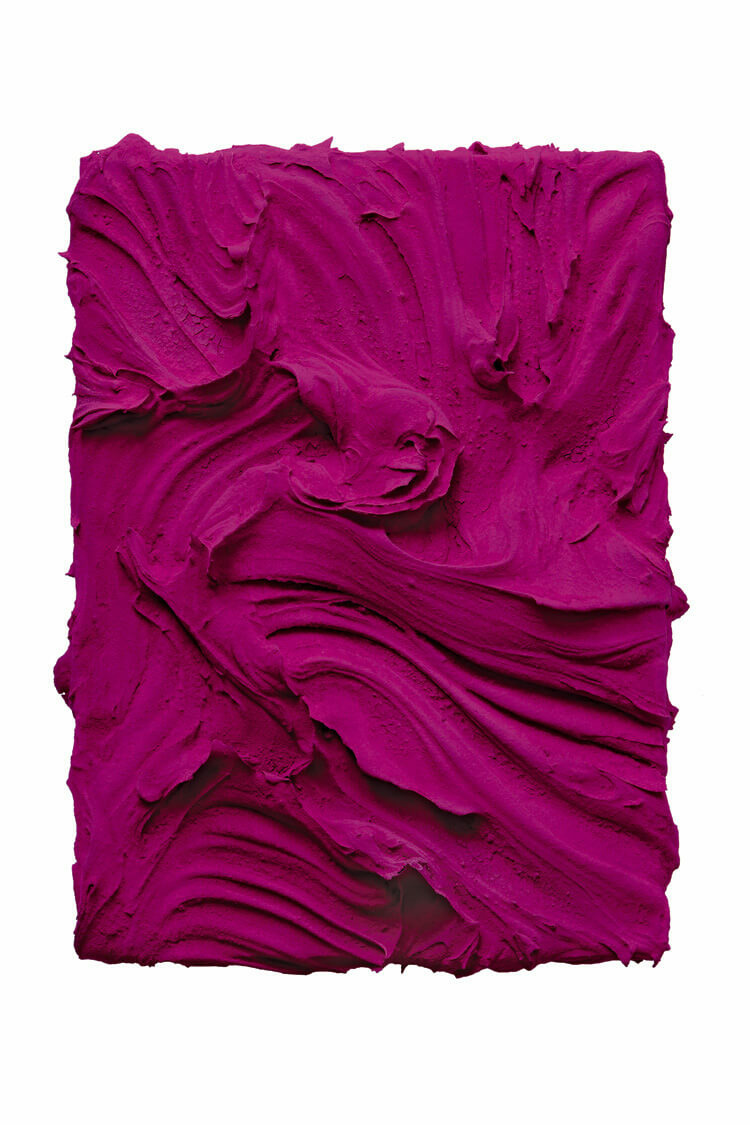 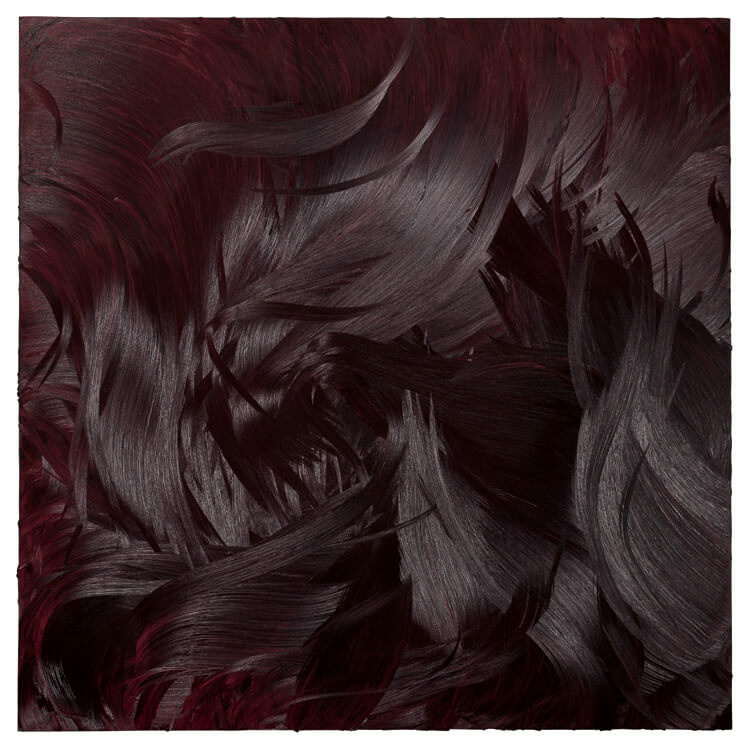 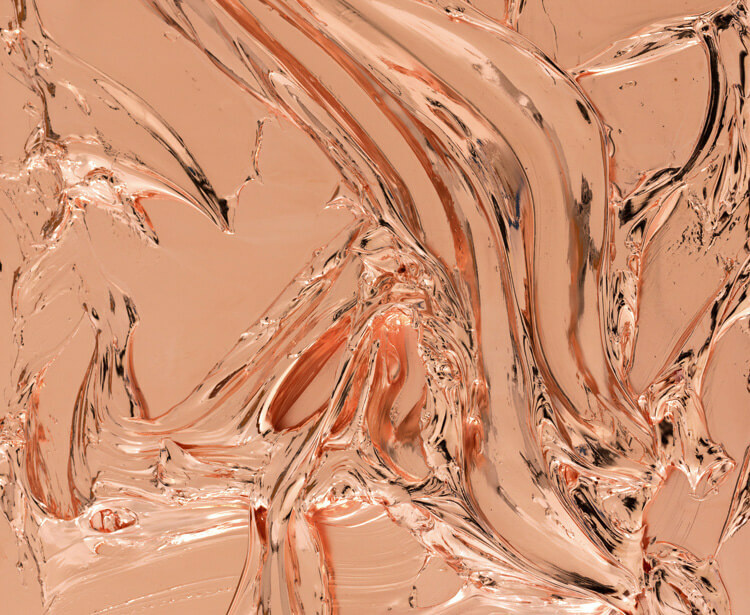 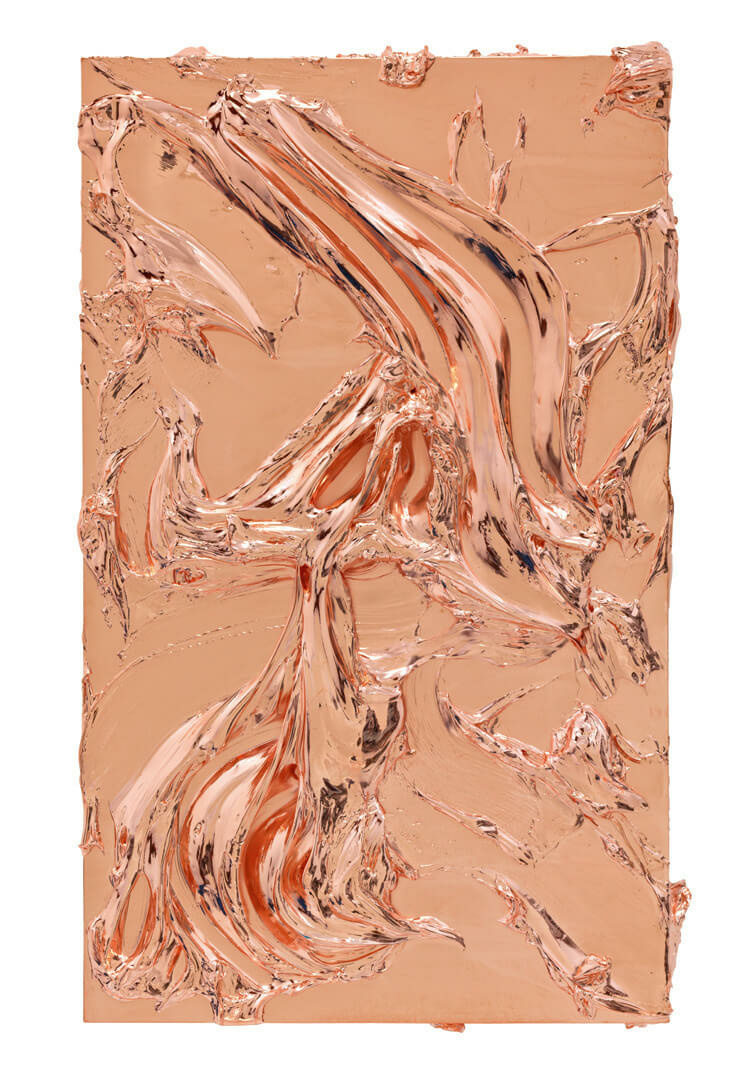 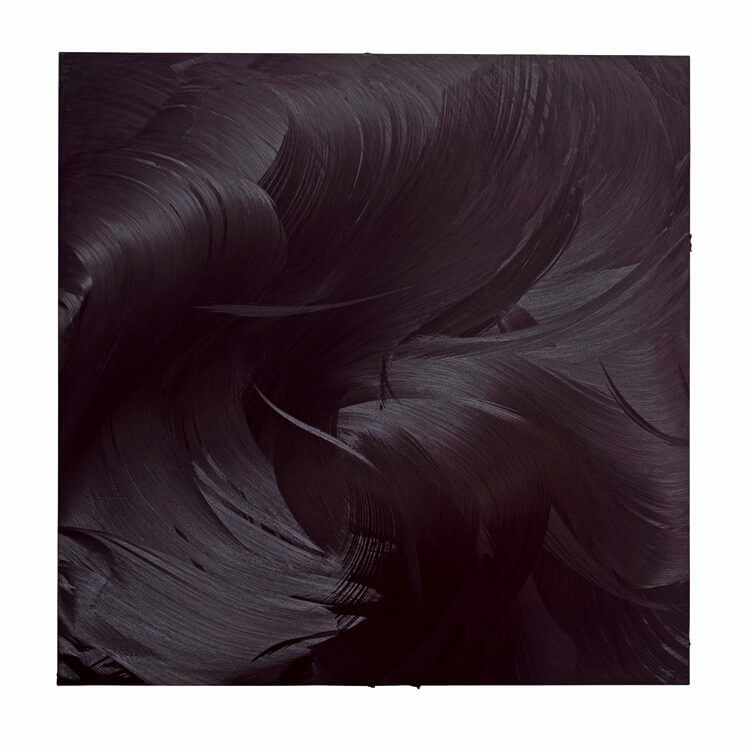 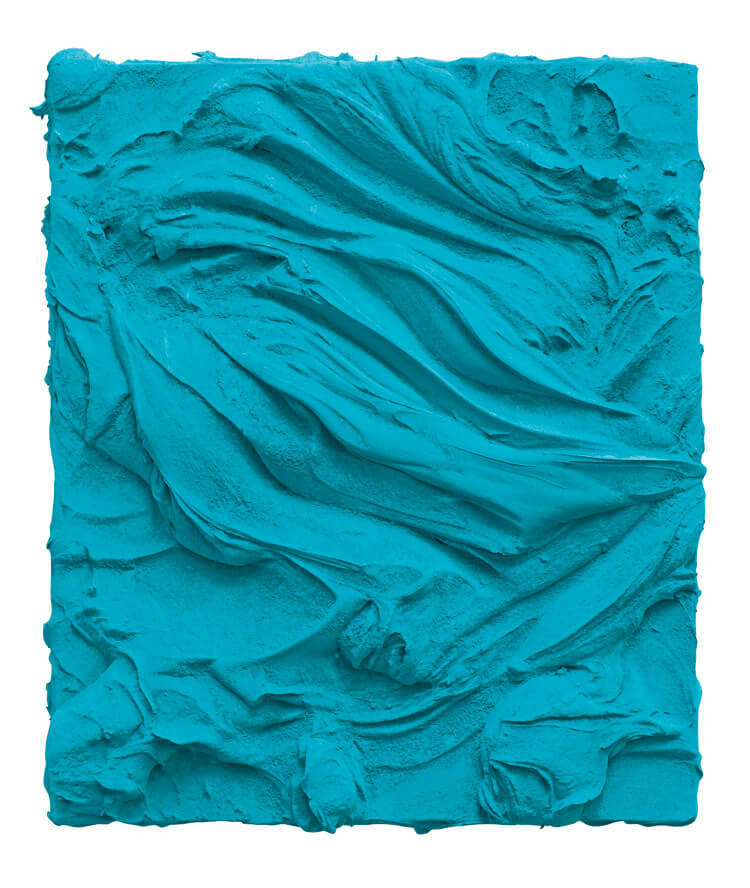 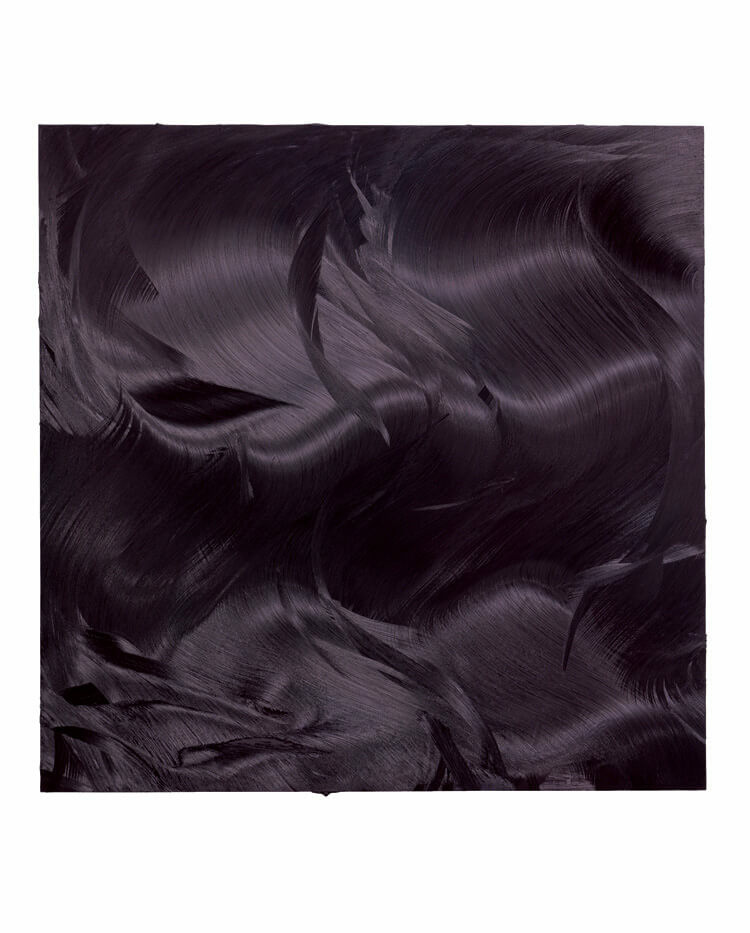 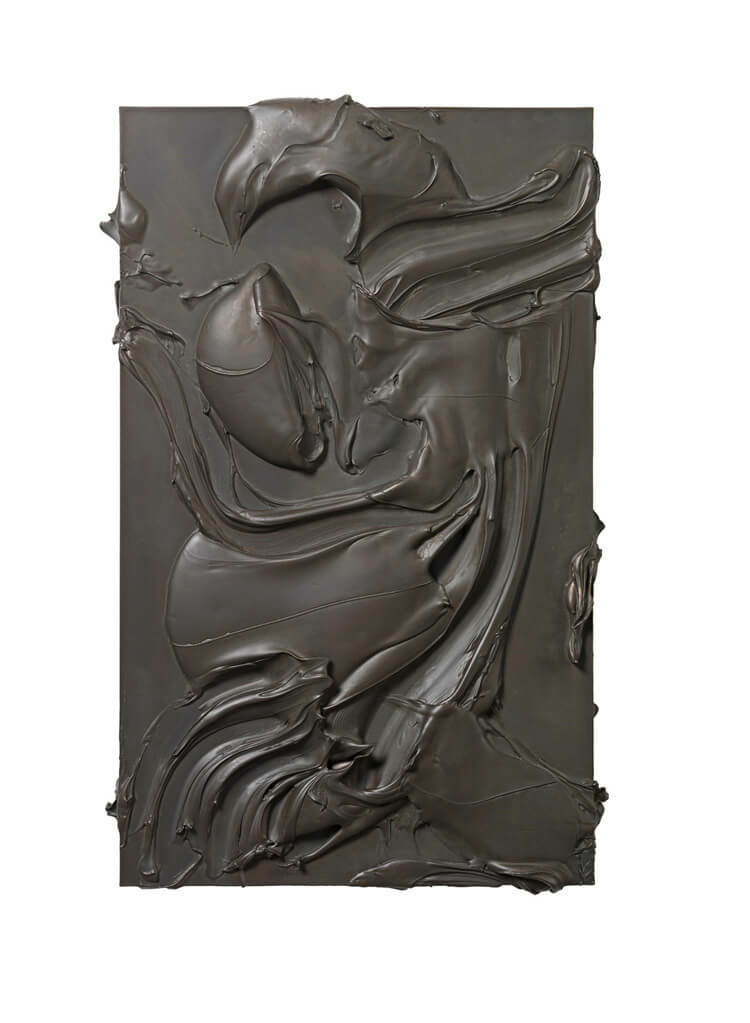 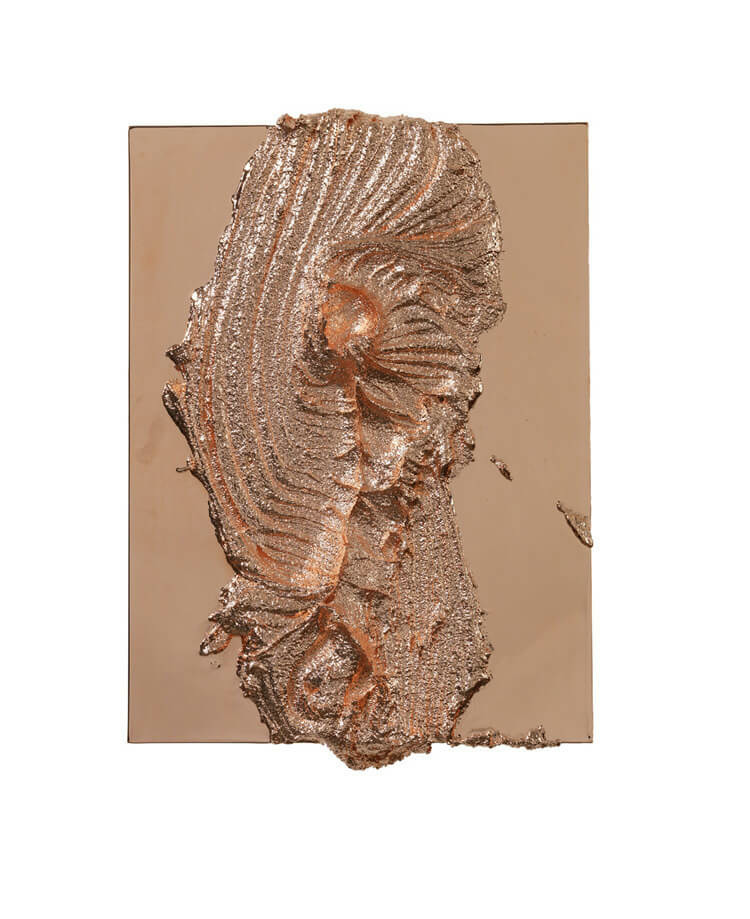 Lisson Gallery is delighted to announce a major exhibition of new work by Jason Martin, his fifth at the gallery.

Martin makes paintings about paint - its materiality, sculptural presence and transformative, alchemical nature.  The energy of Martin’s process is palpable in a new series of rich, dark, monochromatic oil on aluminium works.  In Tempest (2011), the dense swathes of colour are applied in thick, fluid, overlaid brushstrokes.  Light plays across the surface echoing the dynamism and vigour of its making.  Sensual and tactile, each work in this group is definitively autonomous.  The titles invite contemplation and emphasise the inherent narrative of the work but the meaning is mutable.

Pushing the boundaries of painting is at the core of Martin’s creative process.  These continuing investigations are evinced in a series of vividly intense, jewel-like pure pigment paintings.  Taking a basic sculptor’s medium as his starting point, Martin has molded, scraped, and gouged the material to create a dense, turbulent, worked surface.  Intensely vibrant pure pigment is then applied in layers directly to the still wet medium.  The resultant works appear mysterious, molten, capricious: the spinel black surface of Yaba is ominous and unknowable, the rich cadmium red of Valentine resonant and seductive.

These hand-worked surfaces form the basis for an exciting new series of cast works.  As with the pigments, Martin manipulates the medium, which is then cast – in nickel, copper or bronze.  The resultant mirrored surface of, for example, Titus (2012), is smooth and impenetrable, its nature discrete.  The restless energy of the pigments has been hushed – the implicit movement frozen and a primordial gesture made concrete.

In a daring new work, Martin has dramatically transcended the two-dimensional.  On arriving at the gallery, the visitor is confronted by the monumental, matt black, cubed block, Behemoth, measuring 3m x 3m at its base and over 2.6m high. Comprising layer upon layer of stacked virgin cork coated in pure black pigment, the squatting sculpture dominates its setting.  The work is impossible to understand in a single perspective and the spectator is forced to negotiate its sides and edges, unable to access its top.  Simultaneously awe inspiring and intimidating, elusive and alluring, Behemoth accesses a shared primal memory: the Kaaba of Mecca, a mausoleum to a long dead dignitary, an inviolable alchemist’s box.  Initially solid and impenetrable, closer inspection reveals the gnarled, pitted unruly surface of the untreated, pigment-blackened cork, sourced from the area around Martin’s Portuguese studio.  Its natural undulations and inconsistencies echo the raw, worked, sculptural surfaces of Martin’s pigments.  The form of Behemoth, and its physical presence in the gallery space, echo the theatrical preoccupations of Minimalist sculpture but the ancient and organic nature of the material conversely alludes to an inherent human narrative that belies these conceptual concerns.  Behemoth marks a radical departure in Martin’s oeuvre.