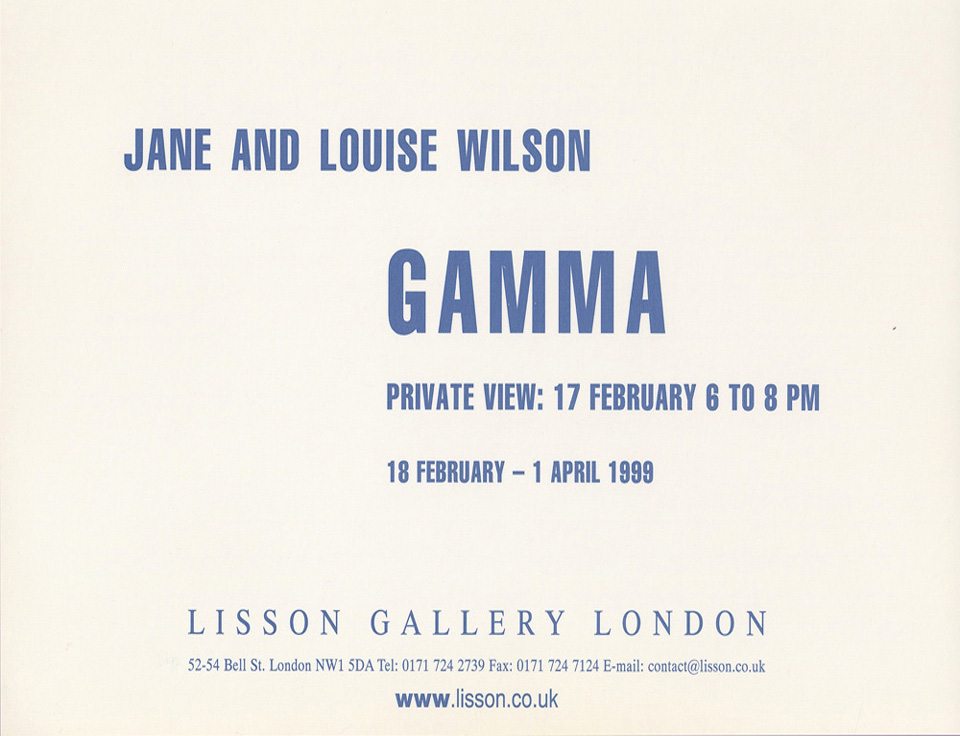 The Wilson twins new project is based on their experiences in Greenham‹ Common, an American military base in England, which housed cruise missiles during the Cold War. The site became an important and generally well known point of focus for the peace movement as well as the C.N.D protest. Greenham Common was abandoned after the end of the Cold War, however it remains part of an INF treaty until 2001 which allows for Russian military inspection at any time.

The exhibition will consist of a four screen video projection, photographs taken during the filming and three dimensional sculptures. The four way projections and life size models of objects and surroundings from the Greenham Common buildings enable the viewer to be confronted with a space which is uncannily close to the original. The film captures the controversial history of the now deserted site. The bland look of the office style architecture and furniture contradicts the actual function and significance of the place creating a sense of confusion and denial. Abandoned rooms, dramatised through titles revealing their former functions as decontamination chambers, command centres and form a silent narrative emptied of human content. The empty rooms become loaded with the memories of those who once inhabited them, as well as the top security system by which they were surrounded.. Intimidating security measures such as the classic ‘No Alone Zone’ have now disappeared, but a threatening atmosphere of suspense remains, captured by the artists in their disturbing images.

The subject matter and its installation can be seen as a continuation of the themes explored in the Wilson’s last major work Stasi City which was filmed in the former headquarters of the East German intelligence service in Berlin. In Gamma we see a similar interest in power, surveillance and paranoia. As in Stasi City the interiors are not constructed and the exploration of space differs from earlier works showing a more psychological approach.

Jane and Louise Wilson were trained at Goldsmiths College of Art in London. They have recently exhibited at Kunstverein Hannover, Germany; 303 Gallery, New York and Lea Gallery, London.