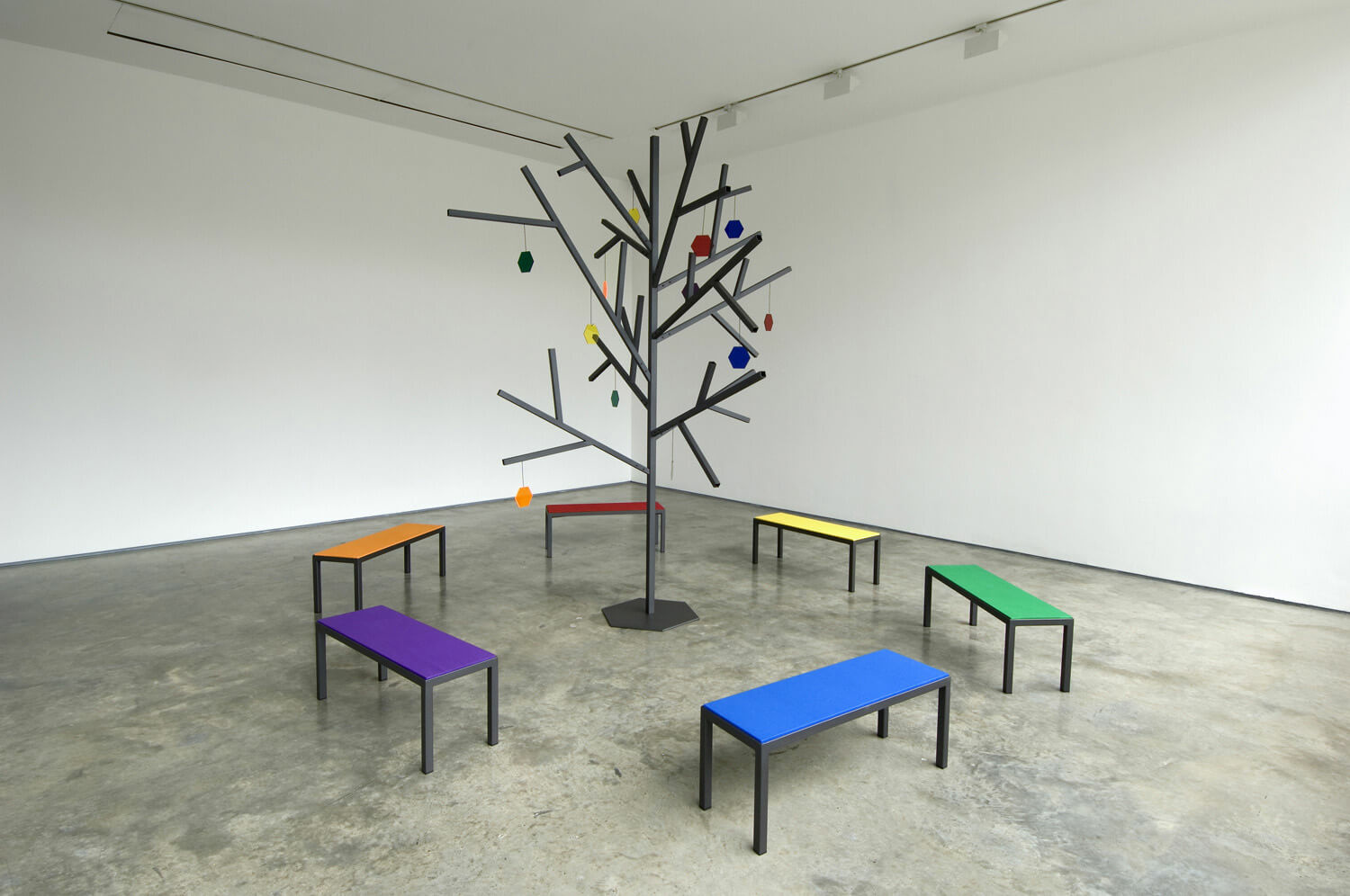 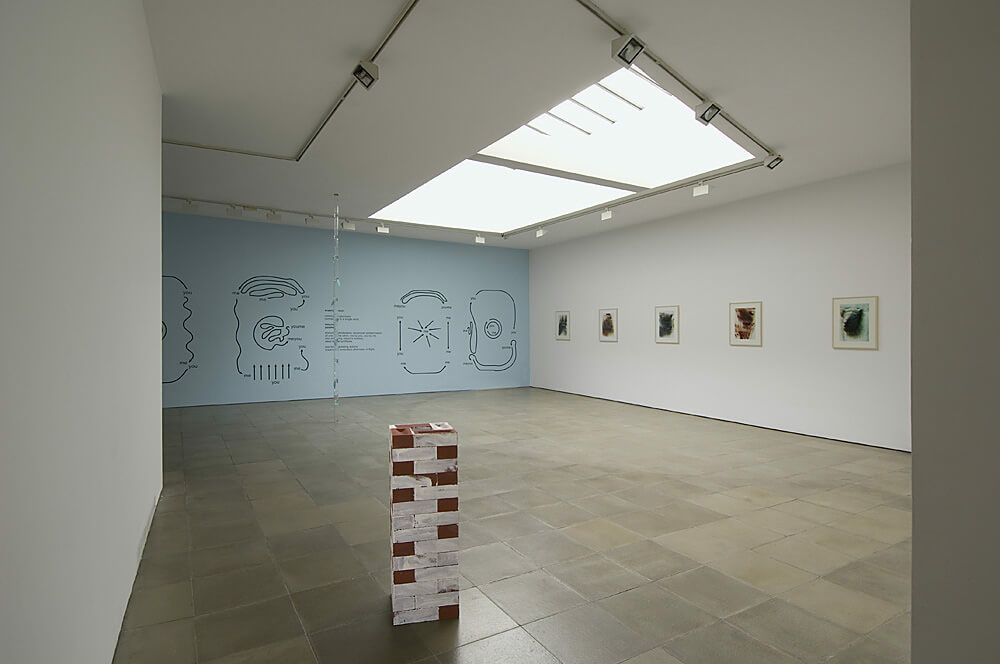 This summer, Lisson Gallery will stage Imagine Action, a group show that will look at the space between the individual and the social, bringing together artists that work with a consciousness of social and political relations, spaces and narratives. The exhibition will open with a rare opportunity to see Dan Graham performing his seminal work ‘Performer/Audience/Mirror’, first staged in 1975. Imagine Action continues the gallery’s commitment to artists that have been instrumental in the development of critical and conceptual art, connecting this particular history with a younger generation of international artists.

The exhibition’s title is drawn from an abstracted sculpture of a tree and benches by Luca Frei that creates an inverted public space, first shown in his exhibition ‘To Imagine Action’. Frei’s work was conceived as a representation of a public sphere as a place of community, dialogue and collective knowledge. It is one of a number of works that will be in the exhibition that reflect upon public spaces, forms of social organization, and the past and future of utopian ideas, such as video works by Althea Thauberger, Pia Rönicke and the Otolith Group.

These will be brought together with works that deal with similar ideas in a more abstract or oblique way, addressing questions of aesthetics and form, such as Florian Pumhösl’s new series of paintings, and Falke Pisano’s dialogue of ‘A Sculpture Turning into a Conversation’. Other works in the show present more critical, and absurdist viewpoints, as in Judith Hopf and Deborah Schamoni’s video ‘Hospital Bone Dance’. Finally, the exhibition includes works that displace social relations, such as Ricardo Basbaum's wall drawings that map the choreographies within his 'Me and You Exercises and Games’, and Hague Yang’s groupings of objects. With reflexive and playful approaches to rethinking and destabilizing conventional structures, the works open up a space for (the imagination of) change.

Imagine Action will be accompanied by a series of performances, talks and events, starting with Dan Graham’s ‘Performer/Audience/Mirror’ on 4 July 2007. A series of further events will take place on 15 and 21 September, and will include Melanie Gilligan’s ‘The Miner’s Object’, Ricardo Basbaum’s ‘Me and You Exercises and Games’ choreographies, a screening of John Latham’s film works, and the UK premiere of the Otolith Group’s new film Otolith II.