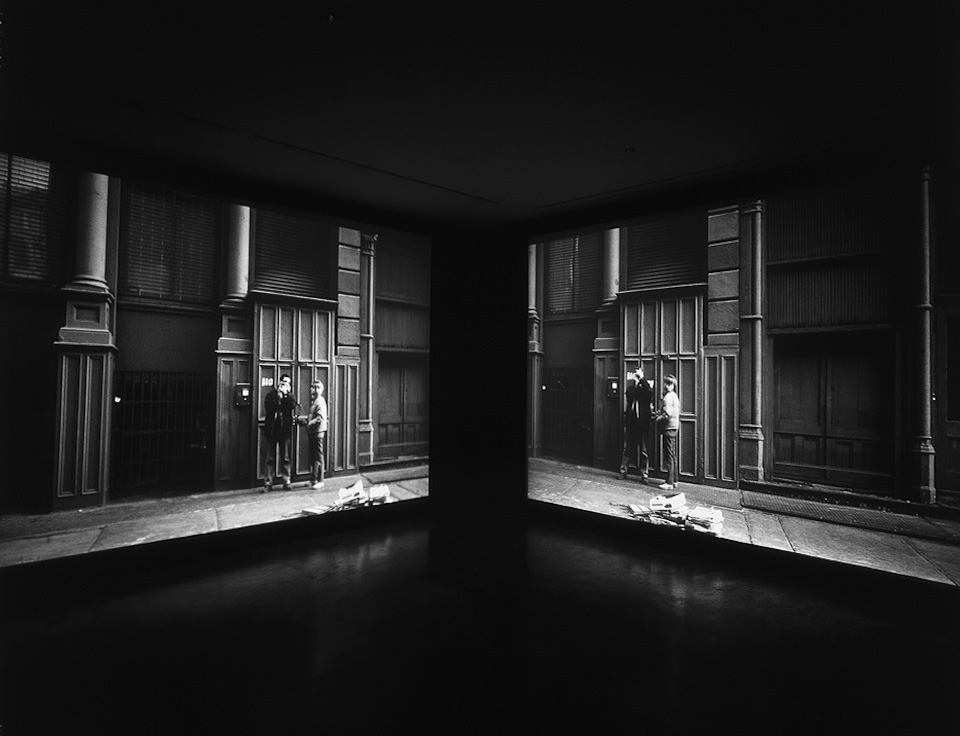 Lisson Gallery is delighted to announce an exhibition by Igor and Svetlana Kopystiansky in September 2002. In their first solo exhibition at the gallery, the Kopystiansky’s will be exhibiting a mixture of photography from the late 1970s and early 1980s and more recent video work. The photography dates from their period working as dissident artists in Russia while the video pieces were filmed in New York, the cities that have been their home since they left Russia in 1988. Their practice as conceptual artists has always drawn on a variety of media and they will also include in the exhibition examples of their early films, which were shot on super eight or 16mm, a highly unusual format for artists to use at this time in the Soviet Union.

They will be showing a two screen projection lasting ten minutes entitled Incidents II (1996 -2002) shot on the streets of New York, which shows discarded objects being blown around by the wind. The objects have become disenfranchised, taking on a new poetic identity as they are buffeted by the wind. The Day Before Tomorrow (1999) is a two screen slide projection piece showing slightly different variations of the same New York street, is a succinct metaphor for how Igor and Svetlana work together, whilst still maintaining a separate creative identity.

The notion of the everyday being changed into something significant by the artist’s gaze has been an important idea in the Kopystiansky’s work for over thirty years. In a series of photographs entitled An Underground Play from 1978 taken secretly and illegally in a busy subway station, we see snatched and fleeting glimpses of ordinary Russians going about their business, rushing down escalators and through walkways to catch unseen trains. As the title suggests, there is a sense of theatre in these works, drama being found in the banal, but also forbidden nature of the photographs.

The Kopystianskys occupy a singular position in the history of Russian contemporary art. While their work is rooted in the tradition of the Russian Avant garde, unlike the generation of artists before them, their practice has always been informed by international developments and was a conscious rejection of Socialist Realism, the predominant, State sanctioned style. Although their Russian contemporaries drew on examples from European and American Pop and Conceptual Art, the Kopystianskys developed a language of their own. Whether working as dissident artists or in exile, their practice has always been a deeply ironic commentary on the nature and usefulness of art, as well as providing a covert critique on the political systems that govern us. Since leaving the USSR they have exhibited widely both separately and as a partnership, in many major public institutions. A new video work Flow 2002 will be at Documenta11 until September this year.