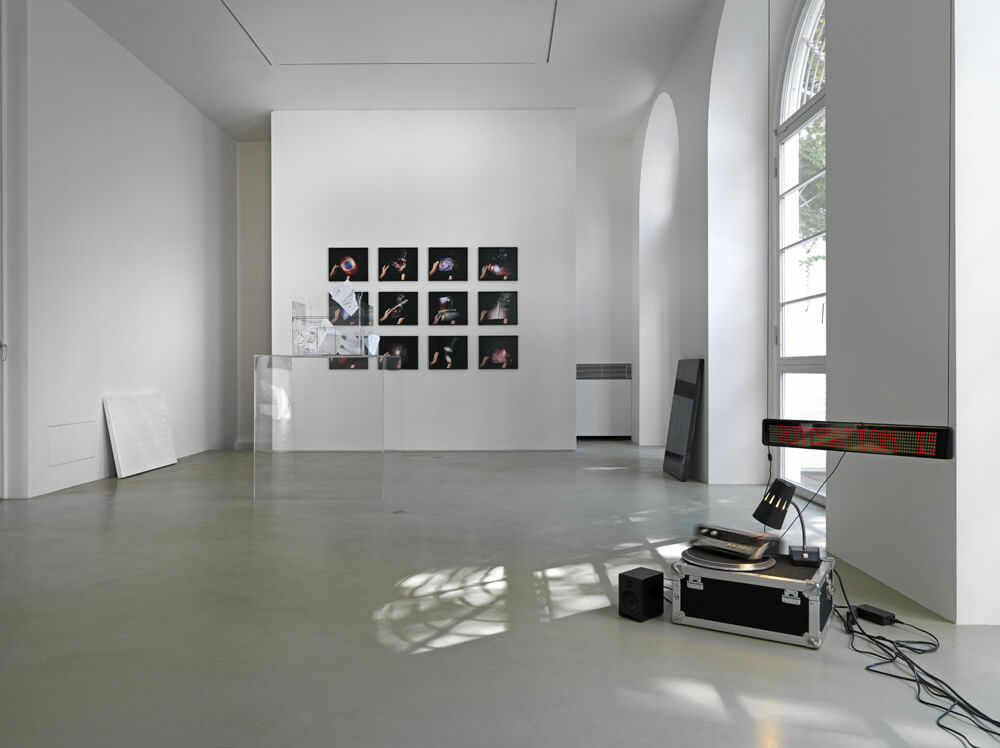 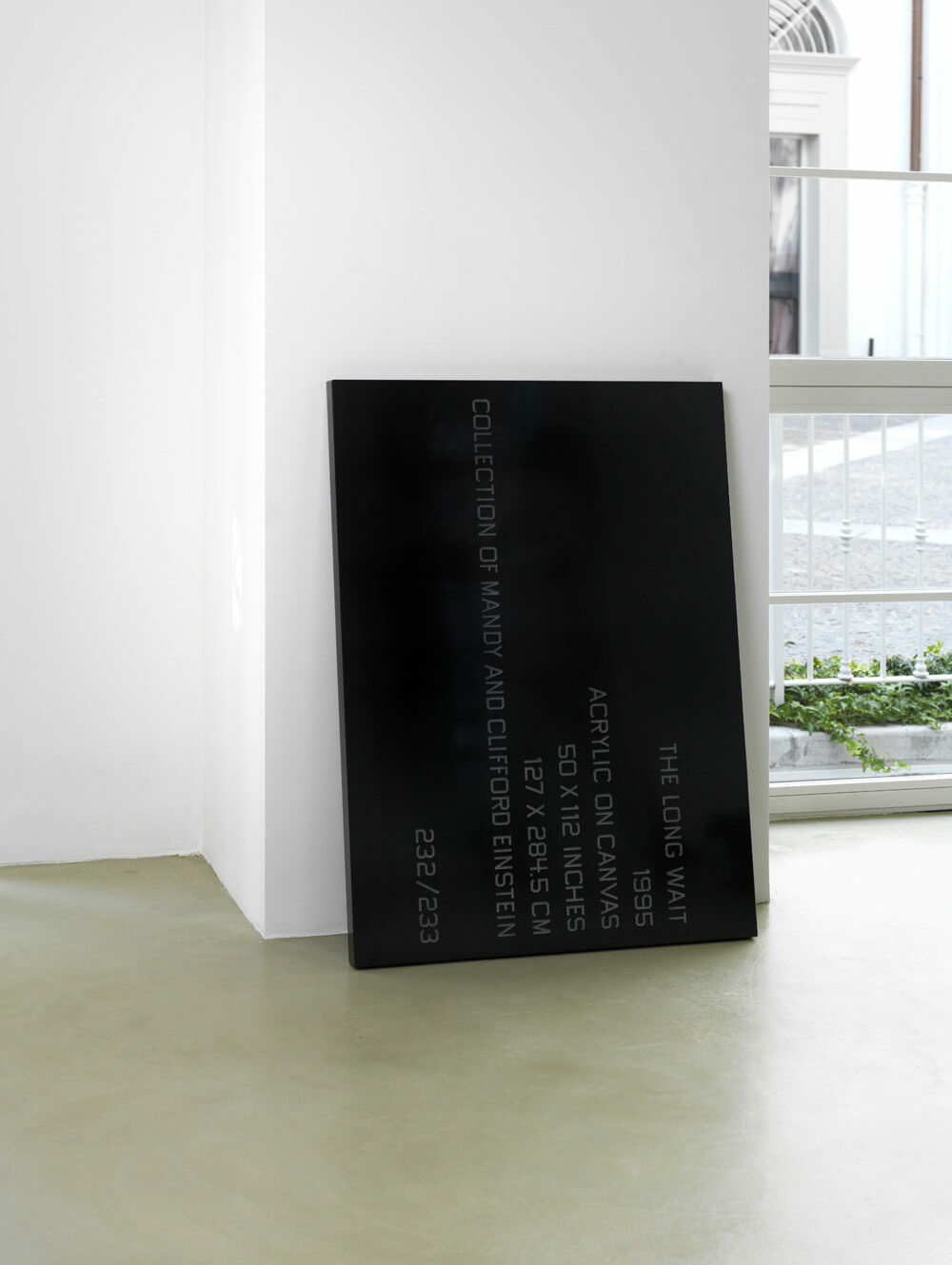 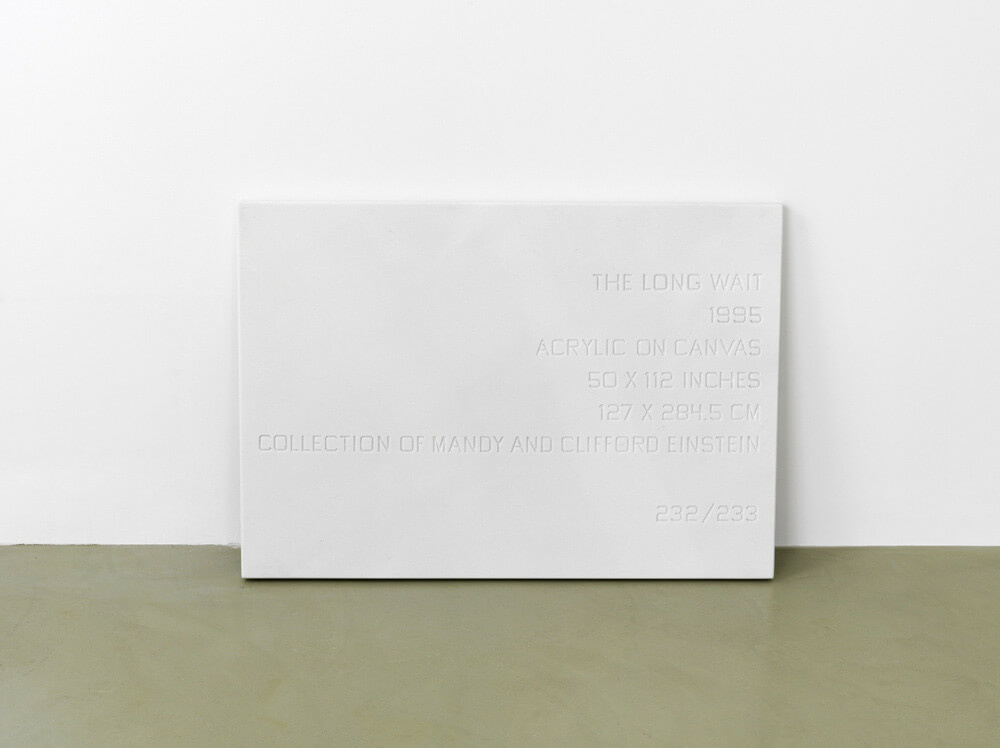 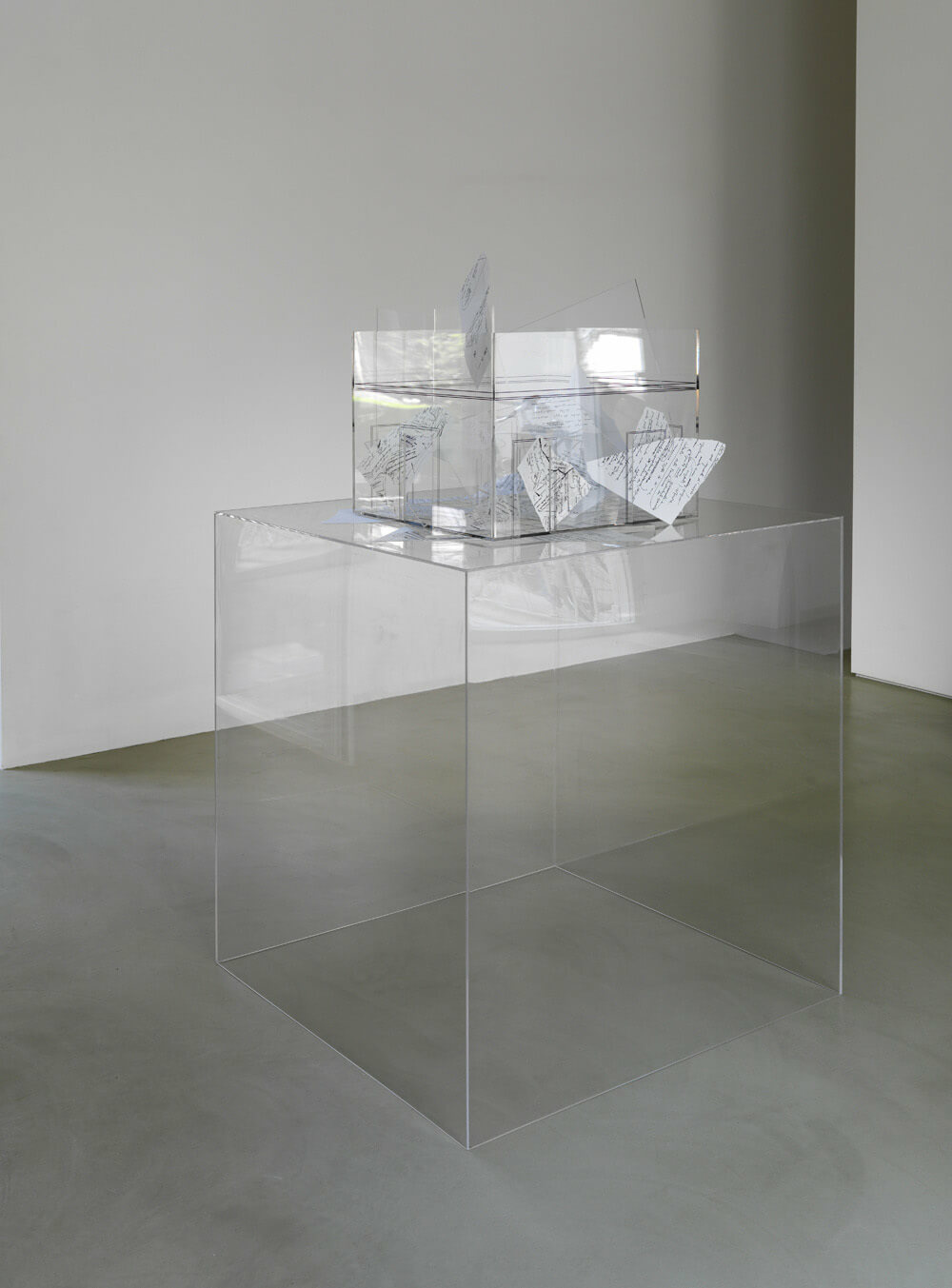 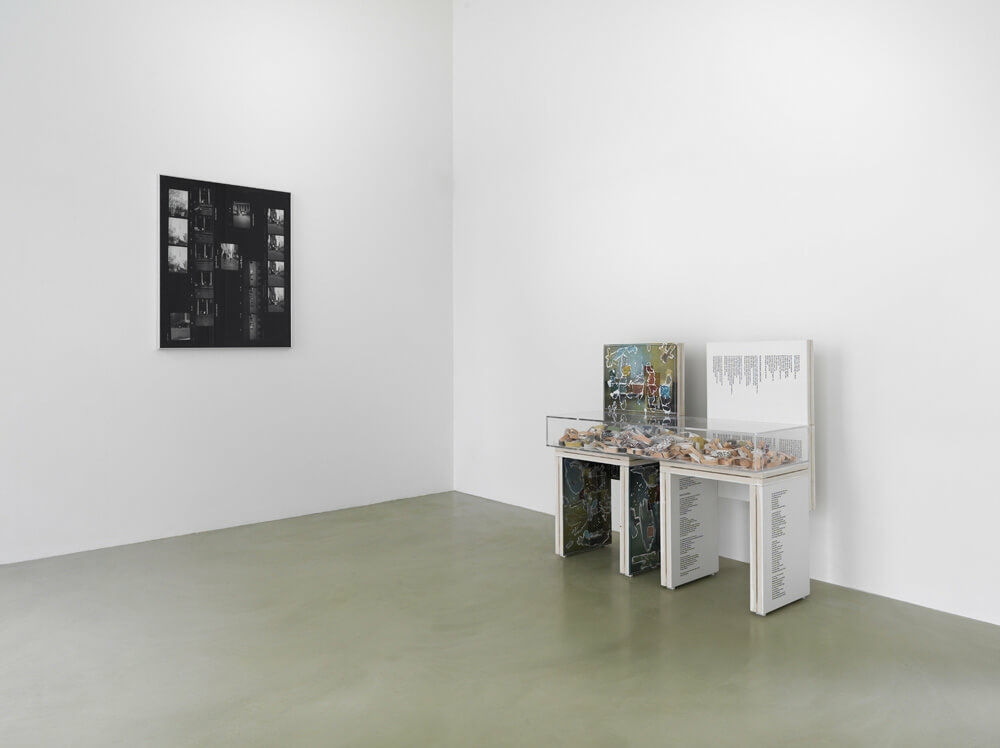 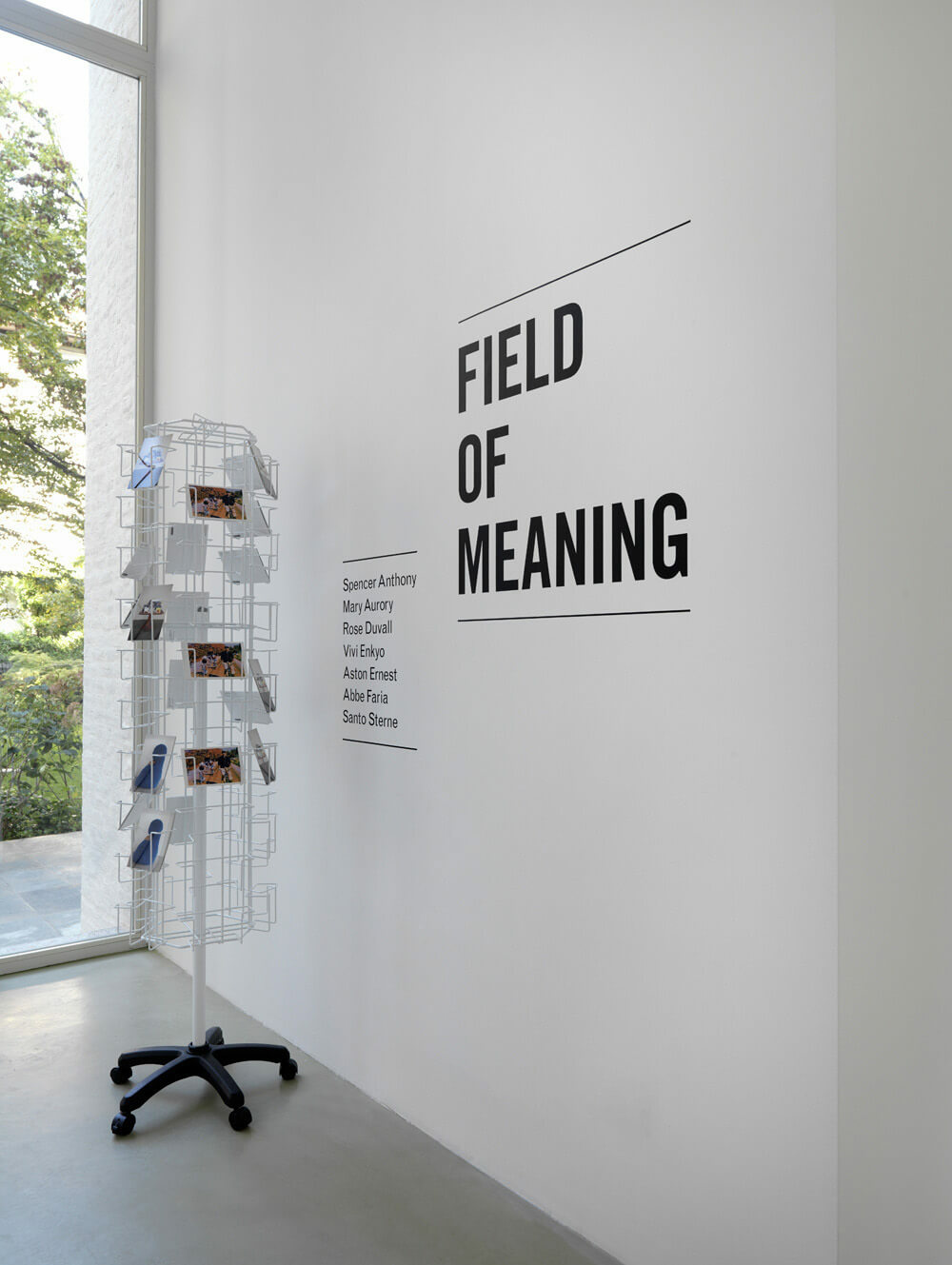 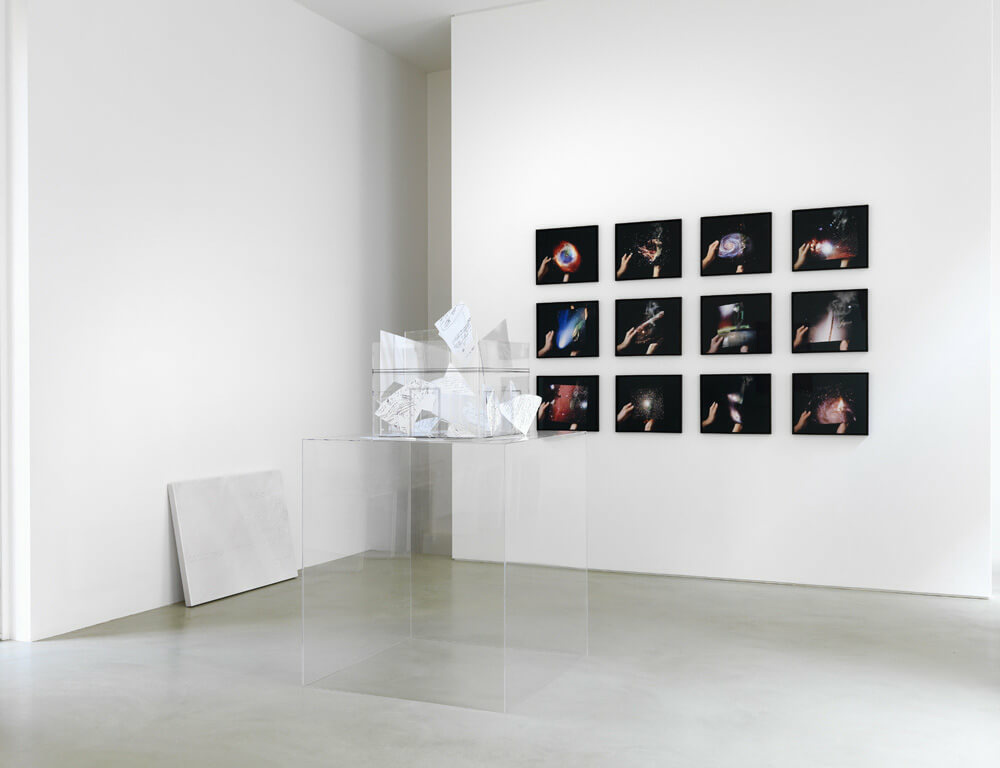 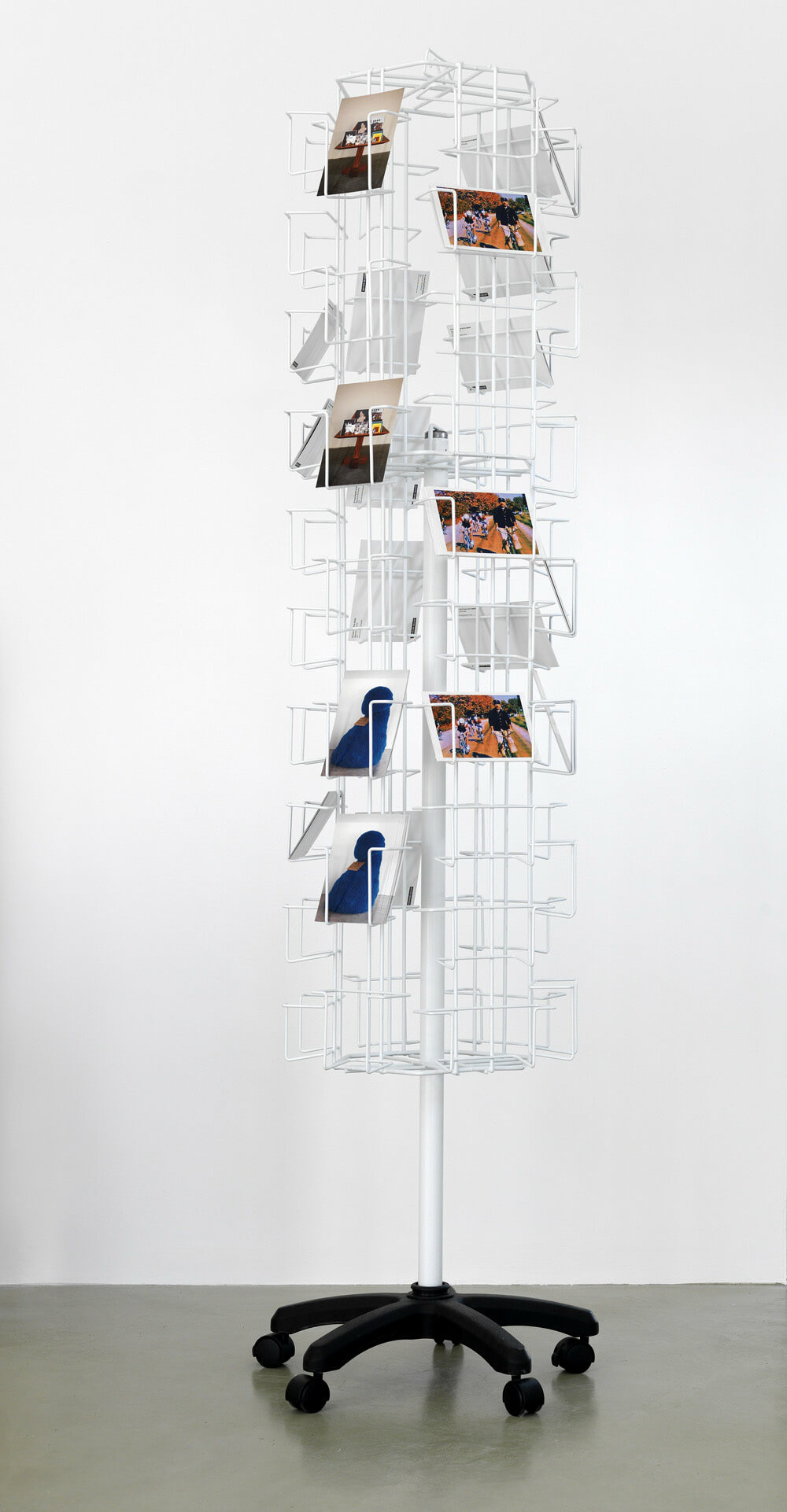 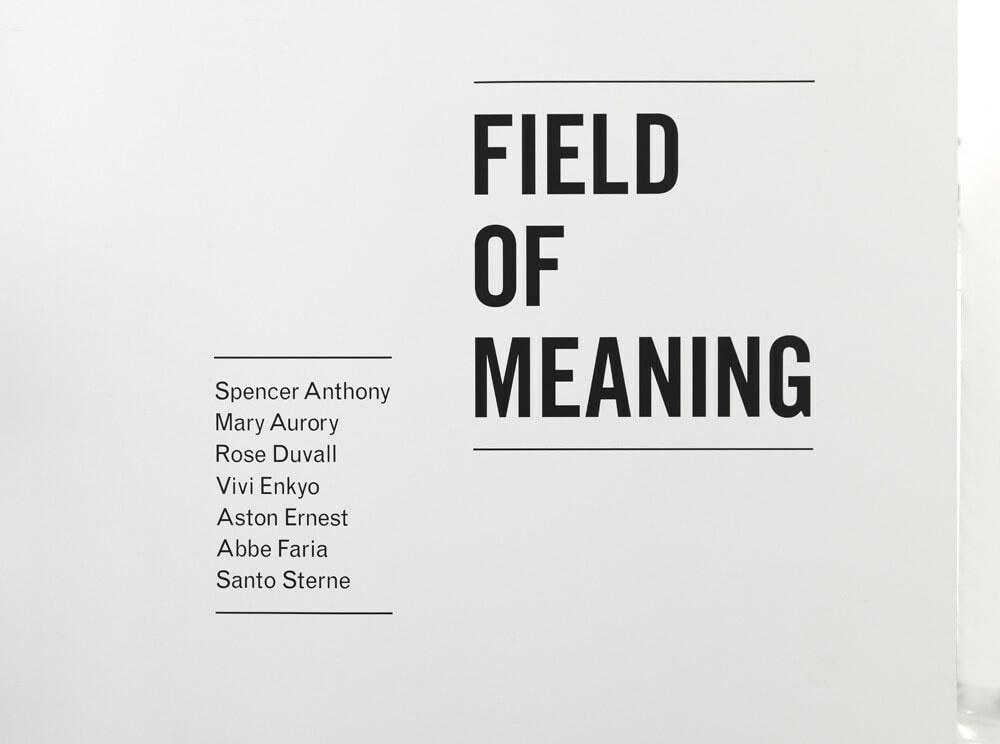 The exhibition explores the ebb and flow characteristic of the creative process; the stumbling blocks artists face in their daily practice; the ideas hidden in distraction, detours and seemingly unproductive pursuits; the moment before an image manifests itself, when a work is still unstable and in development. Many of the works in the exhibition resist closure in that they remain open to interpretation and explore the abstraction, negation or instability of a concept or image. Gander explains:

"An artist’s vocation often involves the avoidance of activity, as much as keeping busy. How many times have we heard clichés related to the over-working of a painting, the over-editing of a text or a concept becoming clouded by the complexity of its own meaning. Often it seems when we stop and walk away, go for a drive in the car, sit in a pub with friends, put a record on and make a cup of tea - allow the world to take hold of us - that the magic dust begins to fall. And on a good day when the tap is fully open, it can come with palpitations and stomach wrenching excitement that makes you double over in surprise. I think that's the beginnings of explaining why being an artist is such a privilege. The rest, however, happens in the studio: staring at a sheet of white paper with a fear of making a move, turning it over and over to see if the reverse side will inspire a beginning of something. I'm not naturally a superstitious man, but I know about creative block, and I know not to call it by name."

Cory Arcangel, Haroon Mirza, and Jonathan Monk have created new works and others have selected or reconfigured existing works in response to Gander’s musings.

Cory Arcangel has possibly the most allusive work in the show, choosing to scent the press release with Lynx body spray. The intervention is both confusing in its physical placement (without reading the press release the source of the scent would remain unknown) and in its context (its presence in an art exhibition being somewhat at odds with the popular nature of its usual distribution).

Spencer Finch’s Sky over Coney Island, 2004 transports a partial experience of visiting the famous New York side-show resort to Milan, by matching the exact colour of the sky above Coney Island at a precise moment in time and encapsulating it in violet and cobalt balloons, filled with helium and hovering.  Allora & Calzadilla’s photographic series Back Fire, 2005 explores the relationship between creation and destruction, both natural and man made. Each image shows the artists’ hands holding a flame behind a photographic print of a distant galactic mass at the moment of combustion – this incendiary action signifying simultaneously the destruction of the print and the creation of a new constellation. Both creation and destruction occur at the hands of the artist but allude to uncontrollable cosmic forces both past and present.

Art & Language's work Five American Background American Songs, 2009-10 plays with fragmentation as disguise. The lyrics of Five American Portraits written by Art & Language for the American band The Red Krayola are descriptions of drawings that have been reduced to their 'anatomical' parts, further fragmented into a collection of paper-chains that rest on two chairs. One of these chairs shows an image of a bed that has been damaged and repaired, the other exhibits the 'portrait' lyrics themselves.

Jonathan Monk presents Pages 232/233, 2011 a sculpture referencing the Ed Ruscha painting The Long Wait, 1995. Monk carved the letters which compose this title into the face of a marble headstone, thus negating the visual experience of the original painting and encapsulating only its essence.

The title of Giulio Paolini’s Letters from Turin, 2008 refers a series of letters written by philosopher Friedrich Nietzsche while in Turin. The delirious letters, written in the last days before the philosopher’s mental breakdown, became a symbol for the loss of reason. The sculpture contains fragments of photocopied writings and sketches of geometric structures by Paolini, trapped under and between plexiglas planes. The sheets of paper appear violently torn, as if to signal a moment of frustration or rage that mark the reconsideration of one’s own ideas.

In Lawrence Weiner’s work, which will be sited on an outdoor wall of the building, the artist describes and plays with various movements in the game of Rugby, which he used to play as a young man in the Bronx. Weiner talks about the work as “the quintessence of impasse”: the implications in its wording allude to many different situations, strategies and manoeuvres.

Haroon Mirza has created a new work, which incorporates an LED message display quoting one of American artist Jenny Holzer’s ‘truisms’- short statements and aphorisms that relay generalized beliefs. The display has been modified to generate a sound that accompanies another rhythmic source created by the interference of an energy saving lightbulb and a transistor radio. Mirza’s work uses sound as its main tool, suggesting that visual aesthetic choices are secondary to the acoustic composition of a work.

Gerard Byrne’s Street Polemic,1994 which records instants of a student performance that took no other visible form than being photographed for future presentation, reflects on how performance is mediated through photography. The work takes the form of a large scale contact sheet - the medium used by photographers in order to select negatives to print from a roll of film - now entirely anachronistic. By presenting these images on a contact sheet, the artist bypasses the editing process and presents successive moments simultaneously.

As the facilitator of the show, Ryan Gander’s contribution to the exhibition references both the real and fictional. A wall vinyl lists the artists in a parallel show, the location of which is not revealed. Alongside this is a rack which holds postcards of works by artists in the parallel project. The viewer is left to decide or de-code whether what they are being presented with is real or Gander’s creation.