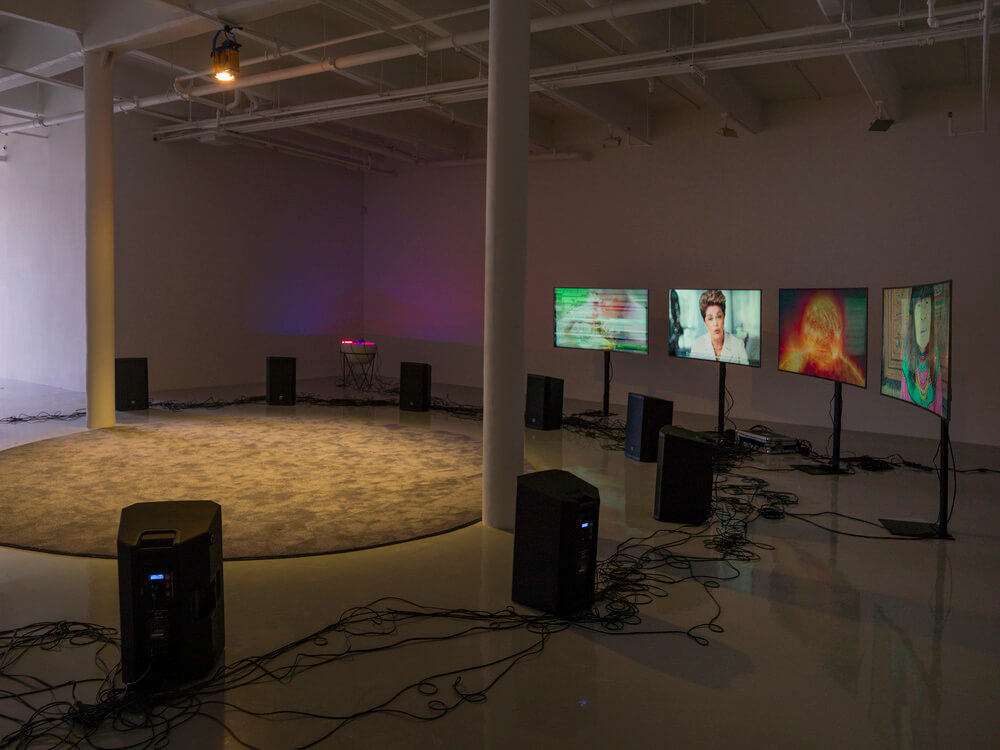 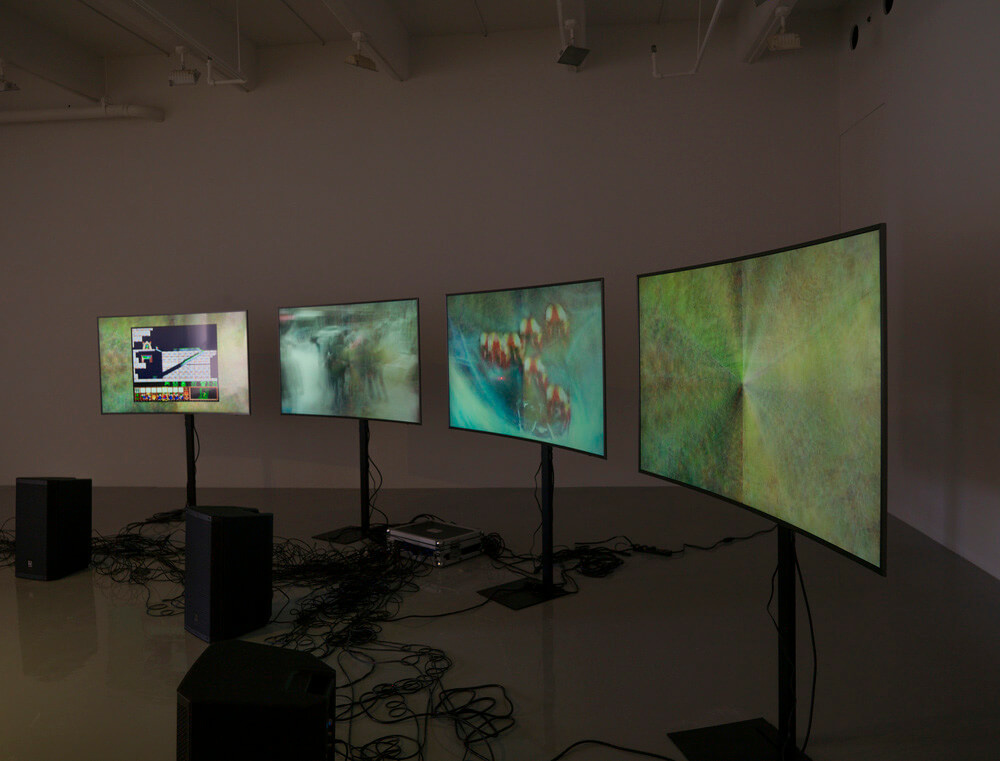 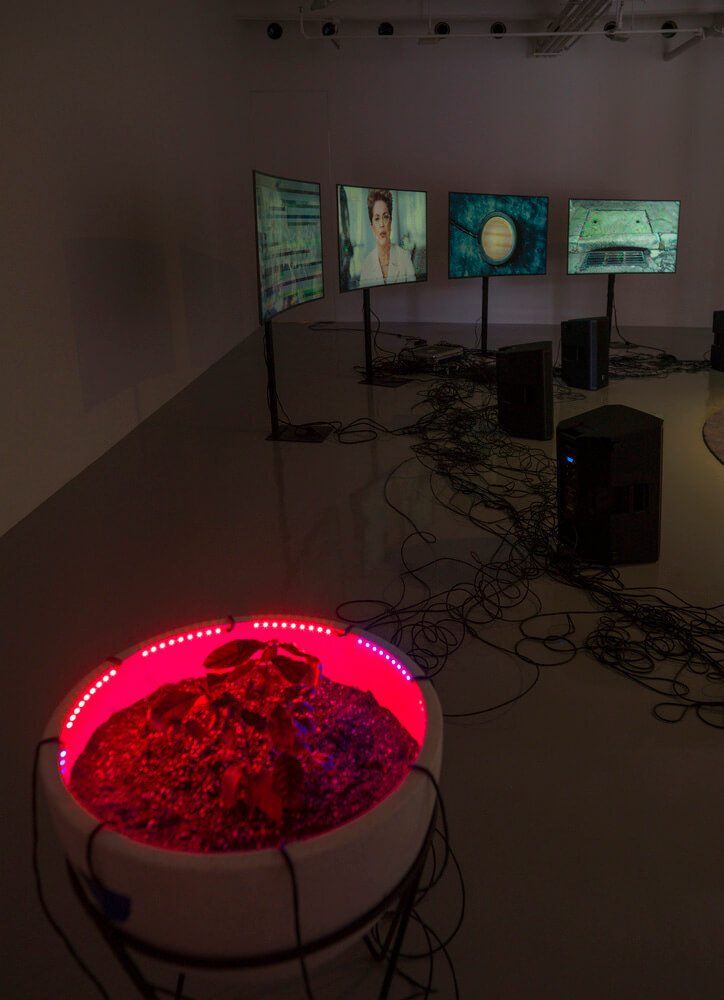 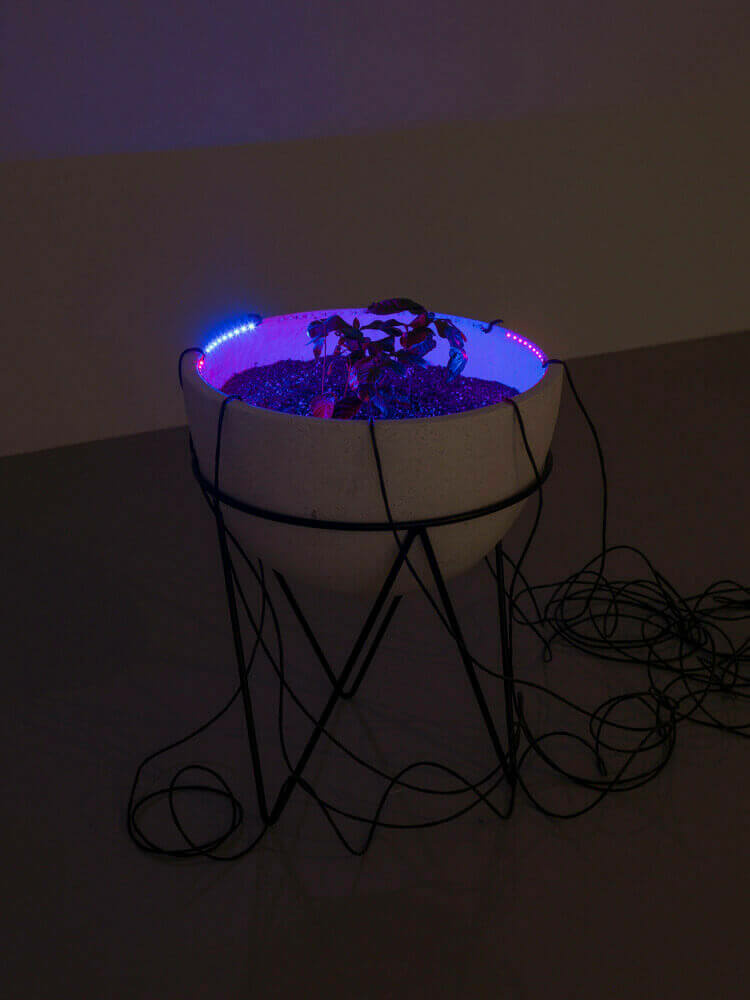 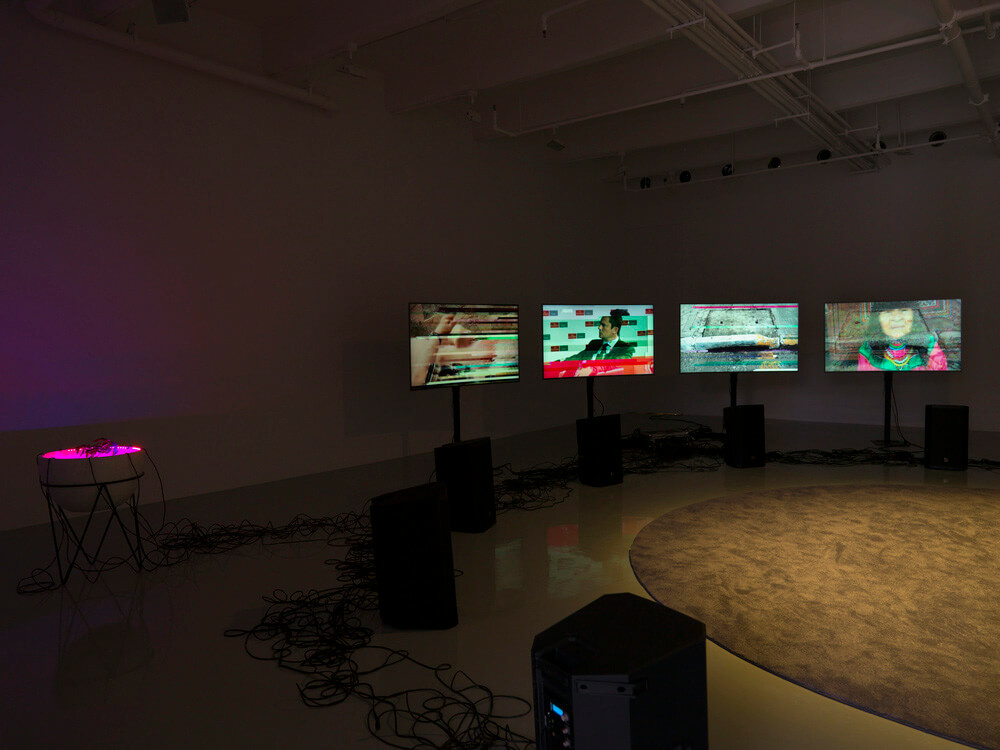 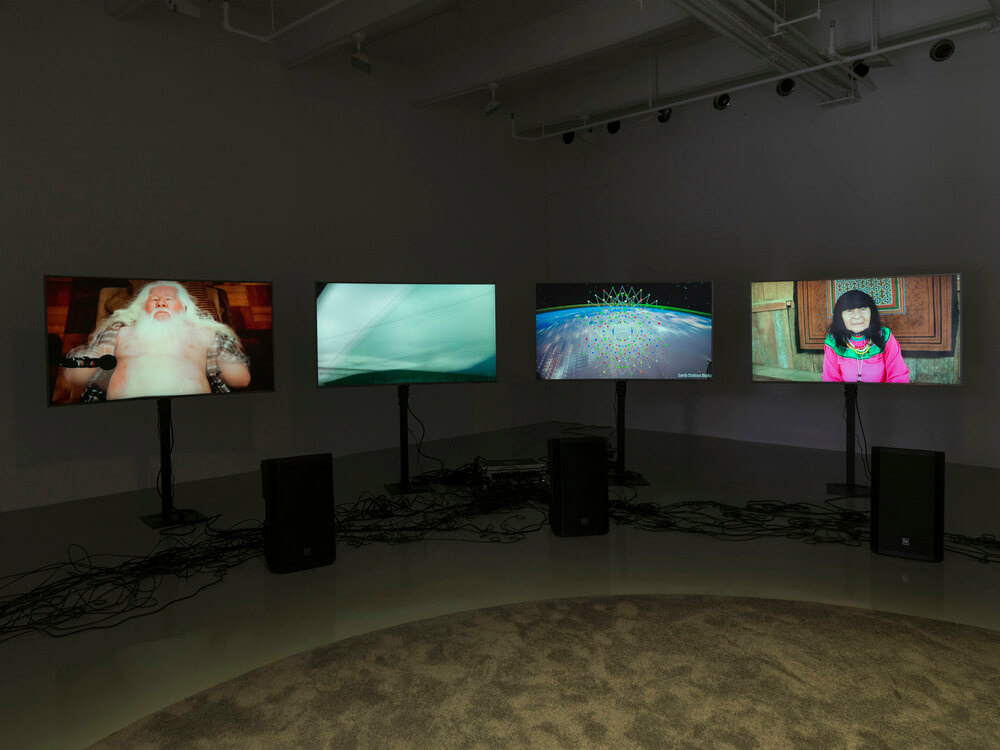 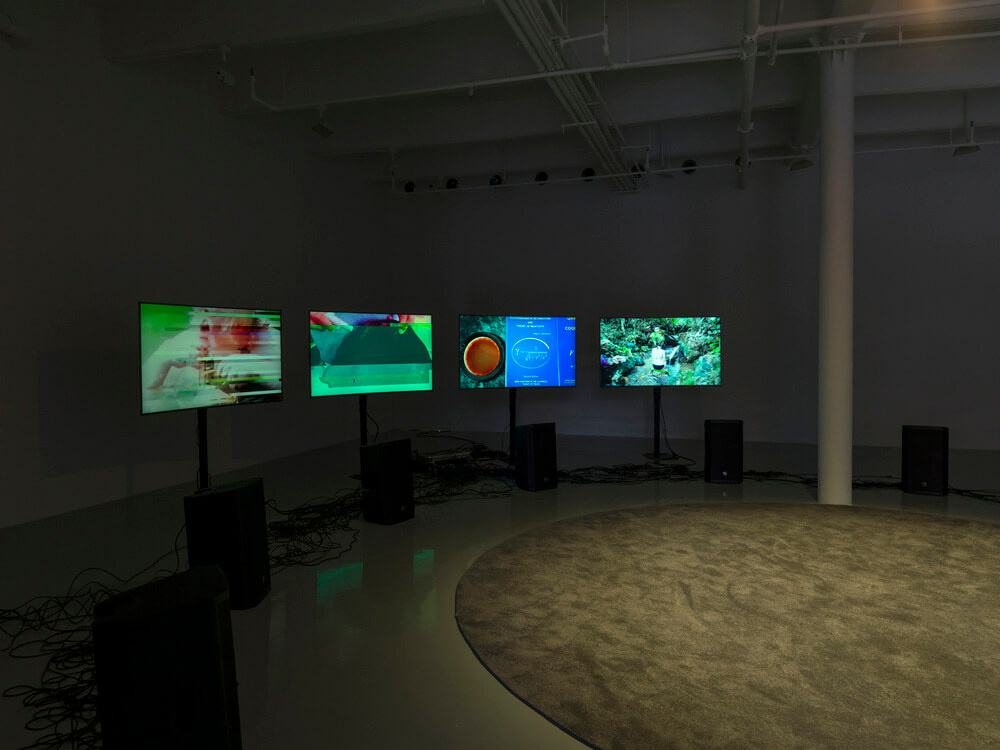 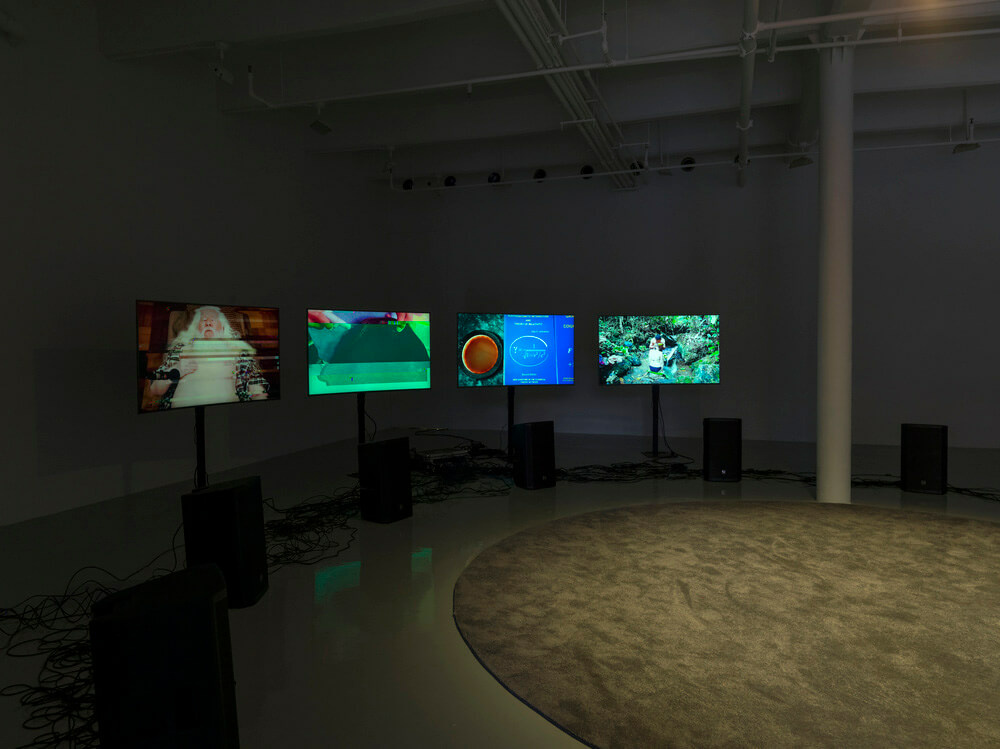 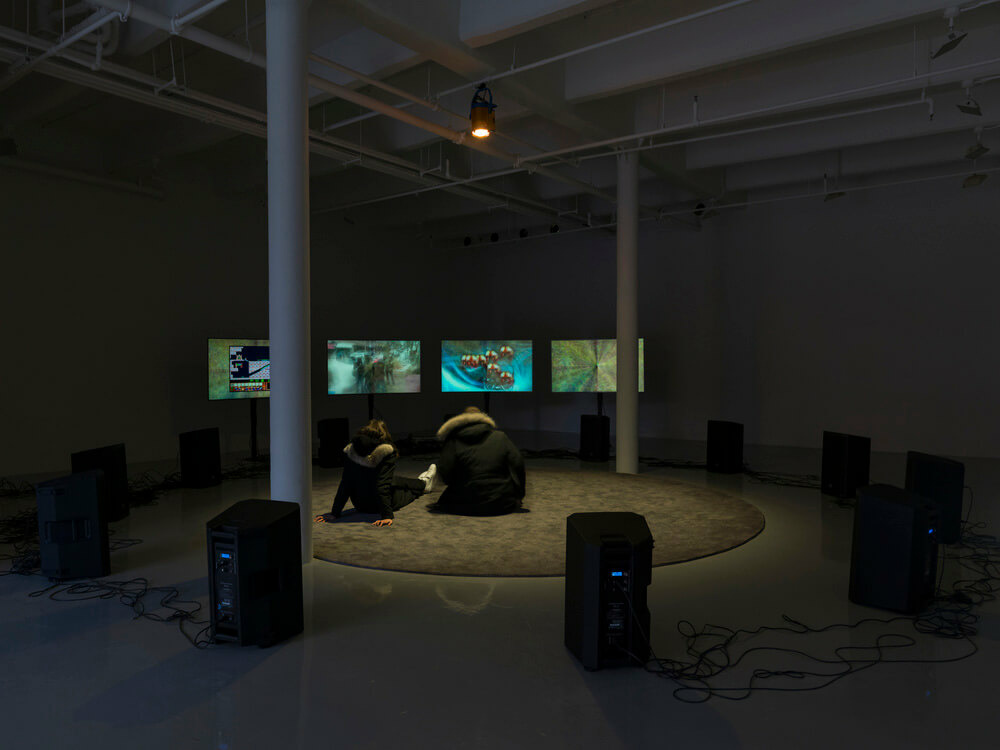 For his first solo exhibition with Lisson Gallery New York and to launch a second space in the city, British artist Haroon Mirza presents an installation highlighting his recent exploration of the perceptual distinctions between noise, sound and light as experienced through the transformative use of psychotropic plants. ããã – Fear of the Unknown remix inaugurates Lisson Gallery’s new venue in New York, five blocks south of the gallery’s location under the High Line on 24th Street, which opened in May 2016.

The new installation continues the themes Mirza began to explore during a two-month residency at PIVÔ in São Paulo, Brazil, last year. For the iteration at Lisson Gallery Tenth Avenue, ããã – Fear of the Unknown remix draws on his work in Brazil and integrates new footage and subject matter which addresses the current global political climate. The video discusses the seismic events that have occurred internationally over the course of the past fifteen years—from the terrorist attack on September 11, 2001 in New York, to the conclusion of the recent United States presidential election on November 9, 2016. Footage traces the events of a period marked by heated global debate, a shift from an ethos of internationalism to a rise in ardent isolationism, and a surge of populism that has spread throughout the United Kingdom and the United States, and continues its universal rise in pending elections around the world. Exploring the developments of the last decade and a half, and the uncanny typographic symmetry of the dates which the period encapsulates, 9/11–11/9, the work comments on the undeniable fact that we are living in a much different world—and the future, the direction, and how we progress forward remains ever more in doubt.

While in Brazil Mirza investigated entheogens—herbs that have psychedelic properties like the ones used in the ancient Amazonian hallucinogenic blend, Ayahuasca—with a view to furthering his exploration of developments in scientific endeavor, theoretical physics and cosmologics. In New York, there will be a number of psychotropic plants placed within the gallery. The use of such plants, and the chaotic and unpredictable nature of autonomous organic objects, continue Mirza’s ongoing experimentation with the ability to create, harness, and manipulate natural elements.

ããã – Fear of the Unknown remix is comprised of four videos and eight channels of electrical signals. The signal is transmitted through several strips of colored LED lights, arranged in a circle providing the frequencies of light required for plant growth. It is the same electrical signal that is made audible and makes up parts of the composition. In all, the pulsating light, sound and moving imagery of the video result in a near-hallucinatory experience for the visitor, similar to the transformative encounter that can occur when psychotropic plants are ingested—or the disorienting shift of the entire global perspective over the past fifteen years.