Gerard Byrne: In Our Time 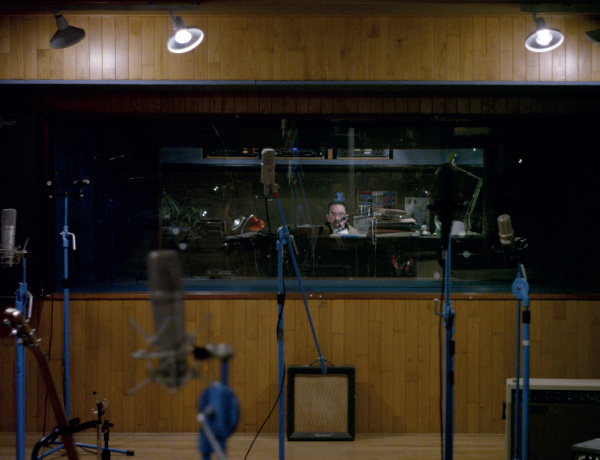 For his debut exhibition at Lisson Gallery New York, Gerard Byrne will present a new video installation, In Our Time. Commissioned for the 2017 edition of Skulptur Projekte Münster, In Our Time depicts the daily activities of an archetypal commercial radio station, provoking questions around the relationship between radio broadcasting, time, pop music and collective memory.

Centred around the control booth of the radio station, the camera moves continuously through the meticulously realised mise en scène Byrne has created, picturing in detail the cassettes and vinyl, the microphones and speakers, alongside the various other hardware used to coalesce pop music, call-ins, news bulletins and the voice of the presenter himself, into a seamless ethereal broadcast. Of non-fixed duration, In Our Time plays back in sync with actual time of day during the gallery opening hours, and as such establishes a richly complex relationship between the hidden space of the radio broadcast depicted, and the physical circumstances of the gallery viewer. As with many of Byrne’s previous works, In Our Time conjoins ideas of naturalism from film, physical presence from theatre, together with the concrete temporality of radio broadcasting, into a hybrid form influenced by Bertolt Brecht.

In Our Time is a study of Radio as a model of Time, from the micro level of adverts or radio jingles, to the macro level of timeless pop classics. The artist utilises and emphasises radio's inherent tapestry-like structure where different references and songs are interwoven, and key motifs are repeated at various intervals throughout the day. Radio’s inherently rhythmic nature — from daily music or talk programmes to updates on weather or traffic repeated at symmetric intervals throughout the hour — creates a modular structure of indefinite duration, similar to the serial qualities of Minimalism. With a focus on this structure and the materiality of the radio studio and its contents, Byrne continues an ongoing interest in the legacies of Minimalism, and the complex nature of how Art engages its own place in time. 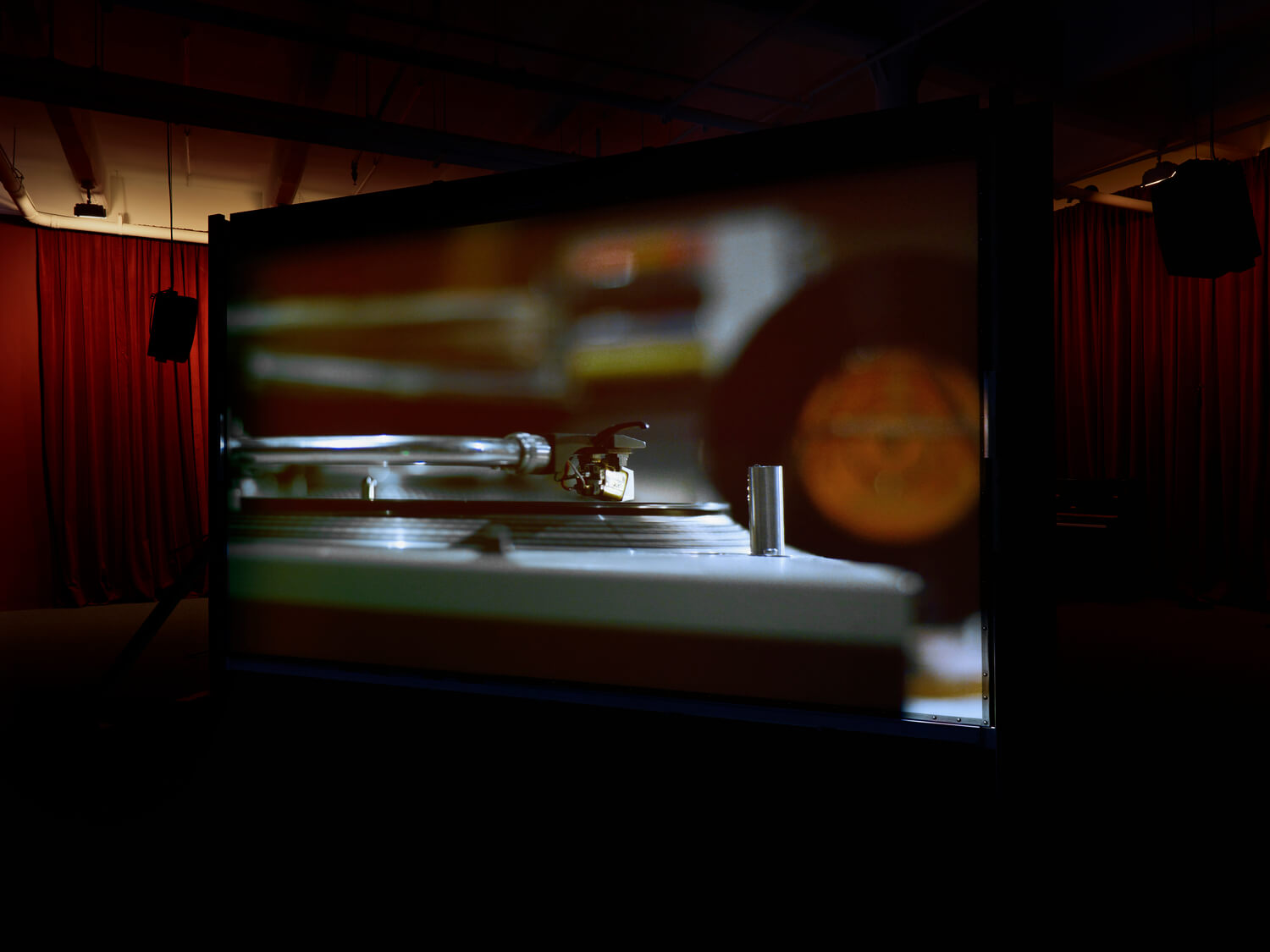 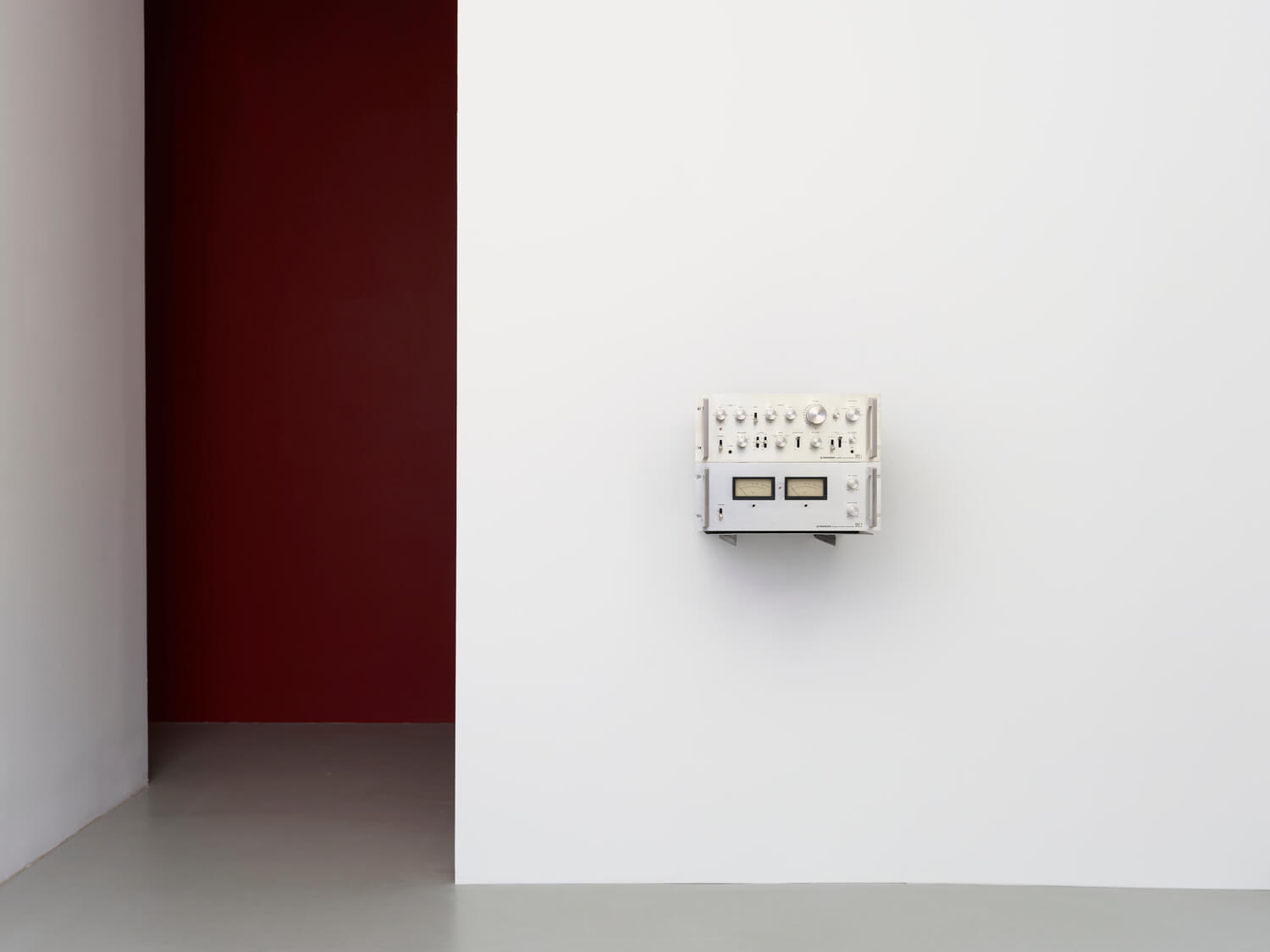 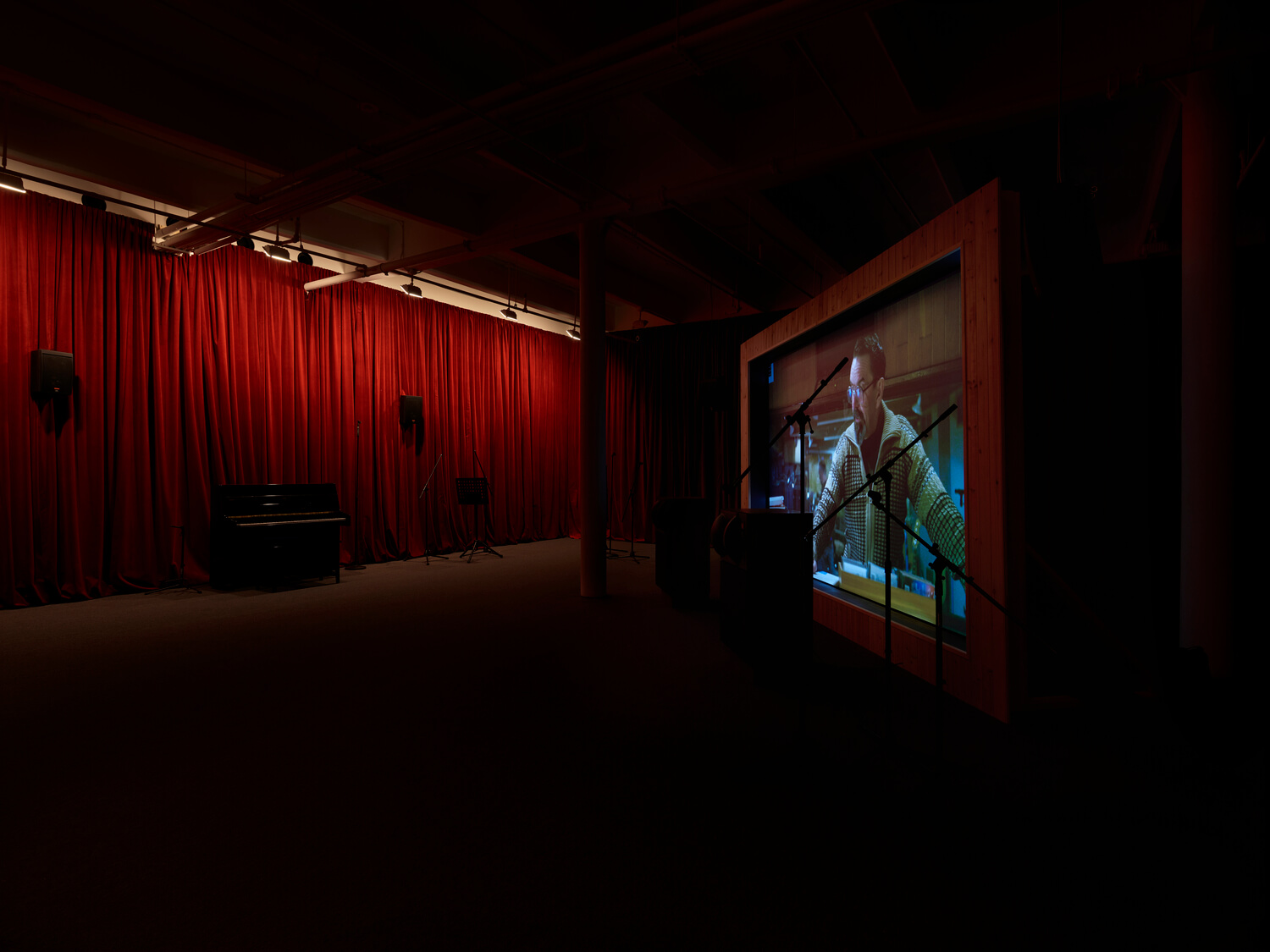 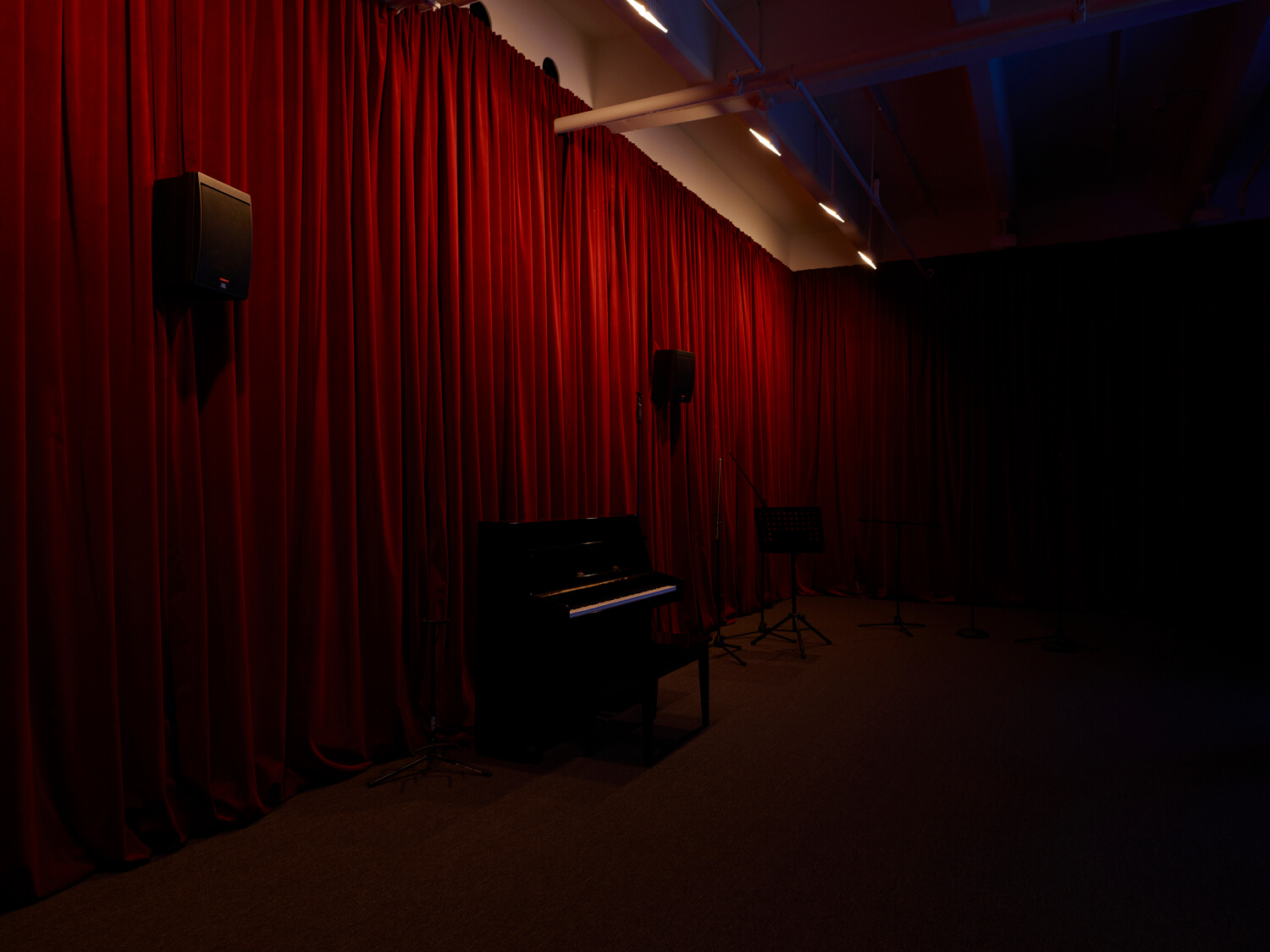 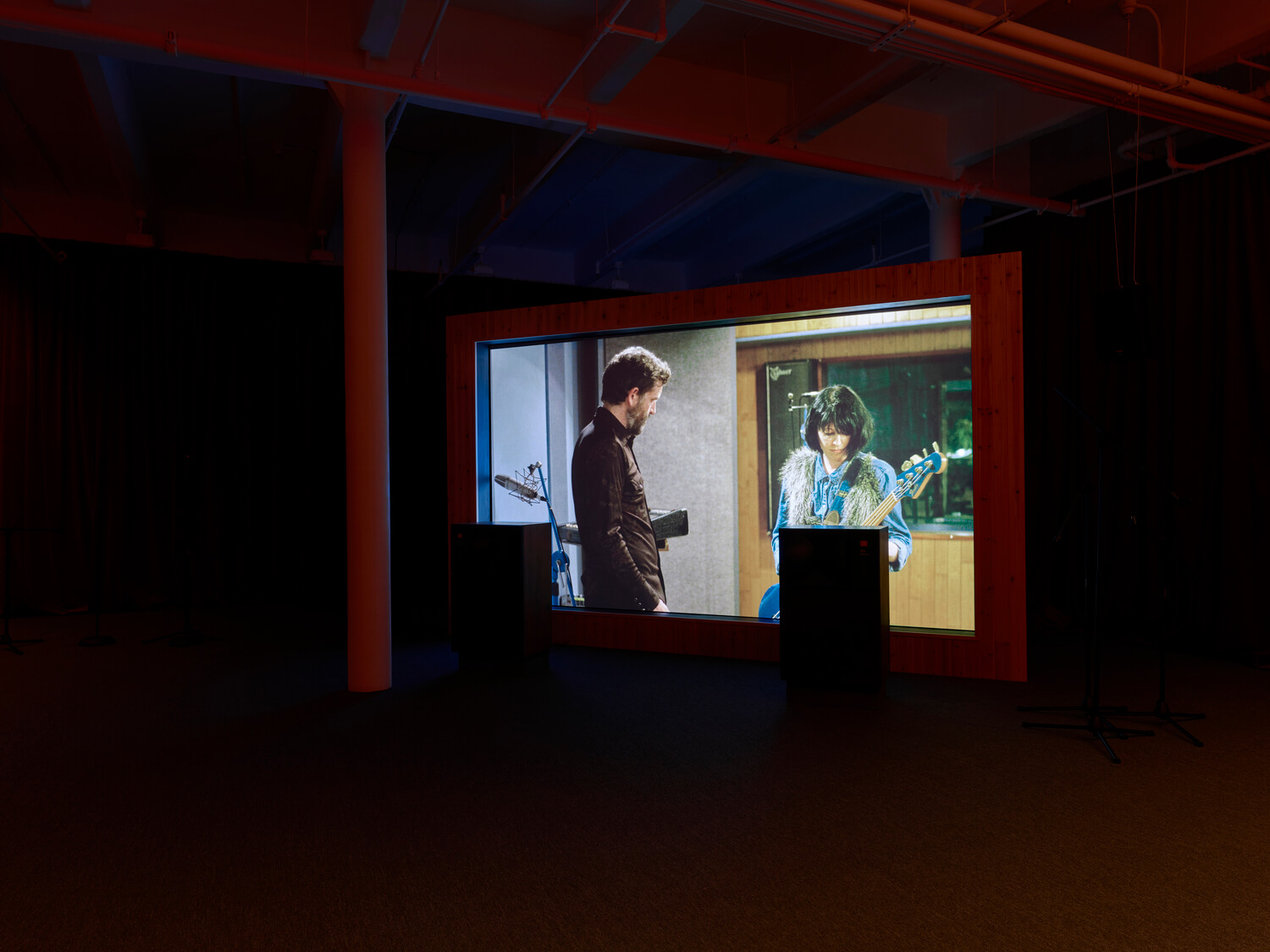 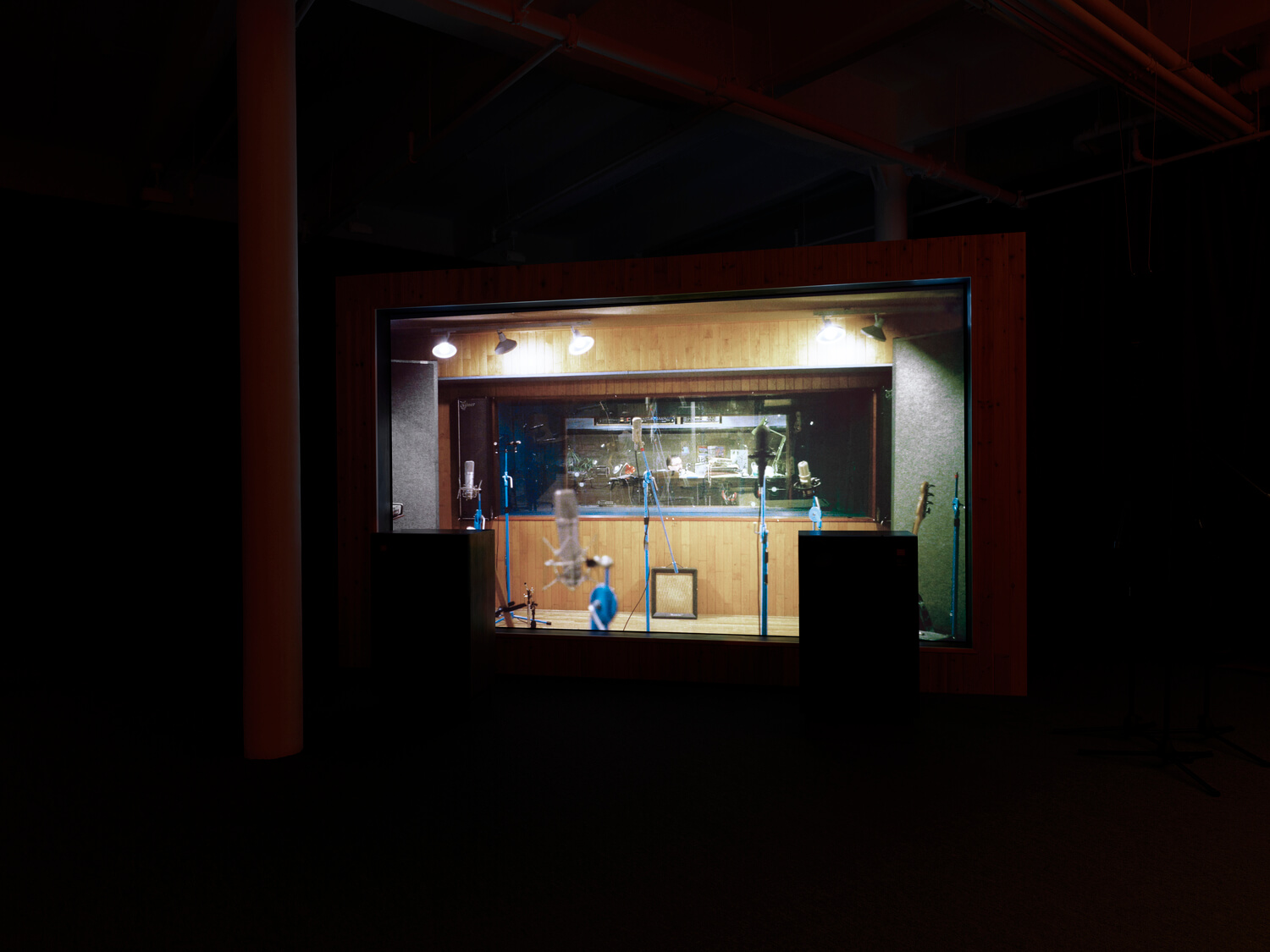 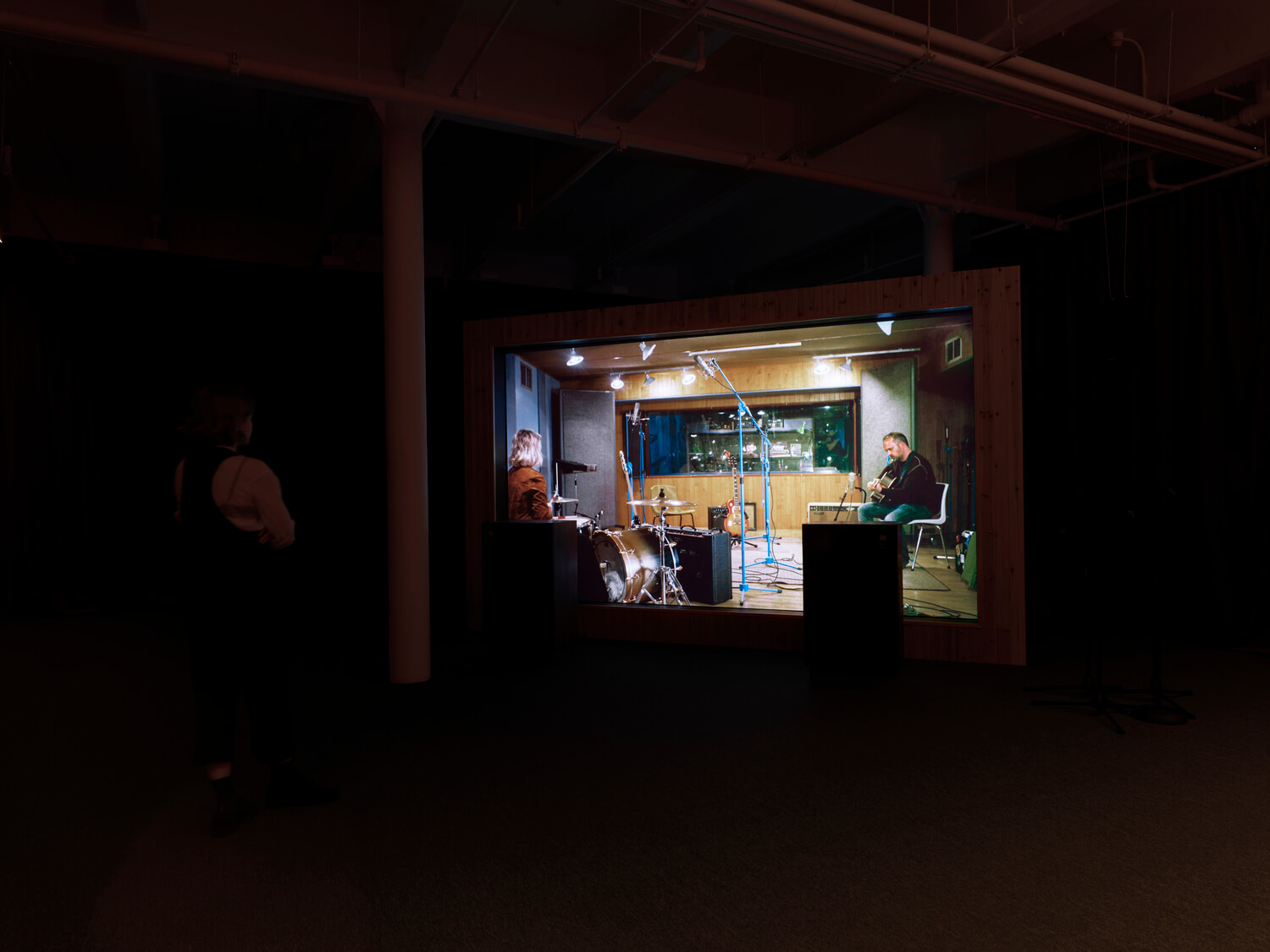