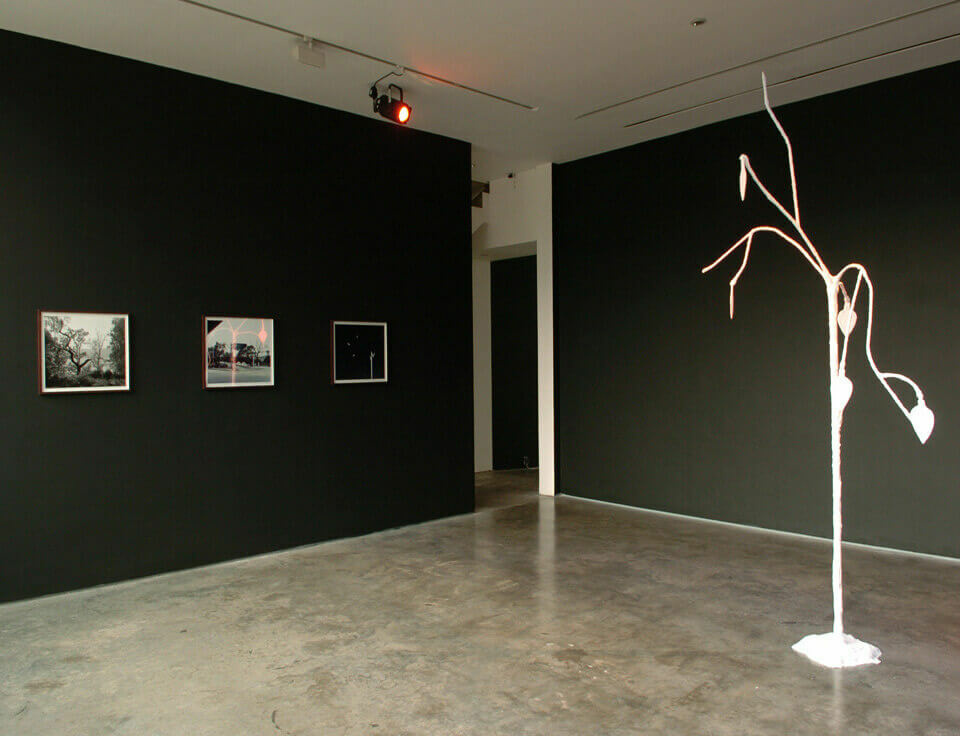 Gerard Byrne’s art practice utilizes video and photography to question the ways in which images are constructed, transmitted and mediated. His work examines the modes and conventions of image-making and analyzes the mechanics of representation itself. Influenced by literature and theatre, Gerard Byrne’s work consistently references a range of sources, from popular magazines of the recent past to iconic modernist playwrights like Brecht, Beckett, and Sartre.

Central to this new exhibition is the installation 1984 and Beyond, 2005-6, which comprises three single channel videos and a series of 20 black and white photographs. The work takes its title from a discussion published in the July and August 1963 issues of Playboy magazine in which well-known science fiction writers, including Isaac Asimov and Malcolm Bradbury, discuss a wide range of issues like humanity and sexuality, collectively speculating about the future world of 1984. Initially developed as a live work for a theatre festival in Holland, the subsequent film was made with a Dutch cast in locations such as Rietveldt’s famed Sonsbeek sculpture pavilion in the Kroller Muller museum, which shelters a magnificent collection of period Barbara Hepworth bronzes.

The works translation from text to performance creates an uncanny embodiment of the original discussion, which ranges at times from the comic to the melancholic, all the while highlighting the distance from the original text of the gallery viewer. What this ‘distance’ enables is the opportunity for the viewer to question what s/he is seeing rather than being emotionally lead by convincing theatrical constructs and dynamics. Shifting between Brechtian strategies of alienation and daytime TV enthralment, Byrne uses a complex of discursive turns to establish an installation that allows viewers time and space to cerebrally engage the work.

The series of black and white photographs, which also form part of the work initially appear to be period photographs taken in the USA at the time of the original discussion. However closer inspection establishes doubt about the exact time-frame of the images, which work within the installation as a form of contemporary ‘evidence’ of the original sci-fi writers speculations. However, rather than simply emphasise the pathos in the inaccuracies of the writers speculative fantasies, the photographs instead dwell on precisely how little has changed in the world since 1963. In ‘1984 and beyond” Byrne has created a complex work that meditates on the complexities of futures past, popular fantasy, and historical continuity.

The front rooms of the gallery, upstairs and downstairs, house a distillation of distinct but inter-connected recent projects, which directly address the

relationship between archetypal theatre and its historical circumstances. The on- going photographic series ‘A country road, a tree, evening” figuratively locates the setting for the play Waiting for Godot in various rural areas that would have been familiar to Beckett when he wrote the play. In attempting to place the metaphoric space of the play in precisely indicated places, Byrne’s photographs eschew a photo-documentary aesthetic in favour of shrill theatricality. Welding the indexicality of the photographic to the archetypal of theatre, ‘A country road, a tree, evening’ elegantly manifests the complexities of historical conjecture within paradoxical photographic images. Downstairs Byrne has installed a number of elements, including photographs from various on-going series, and a prop-like object made from photographs of a tree made by Alberto Giacometti for a 1961 Paris production of Waiting for Godot, the original of which no longer exists. Subtle correspondences and connections may be read across the elements, each of which is meticulously annotated with accompanying captions. Wavering between the specific and the archetypal, Byrne raises questions about the importance of myth in understanding the world, as well as the origins of myth in the world.

Born in Dublin in 1969, Byrne studied in New York. He was awarded the prestigious PS1 studio award in 1997-8 and graduated from the Whitney Independent Study Programme in 1999. Byrne is a recipient of the Paul Hamlyn award in 2006. He lives and works in Dublin.

Byrne will be the Irish representative for the 52nd Venice Biennale opening June 2007. 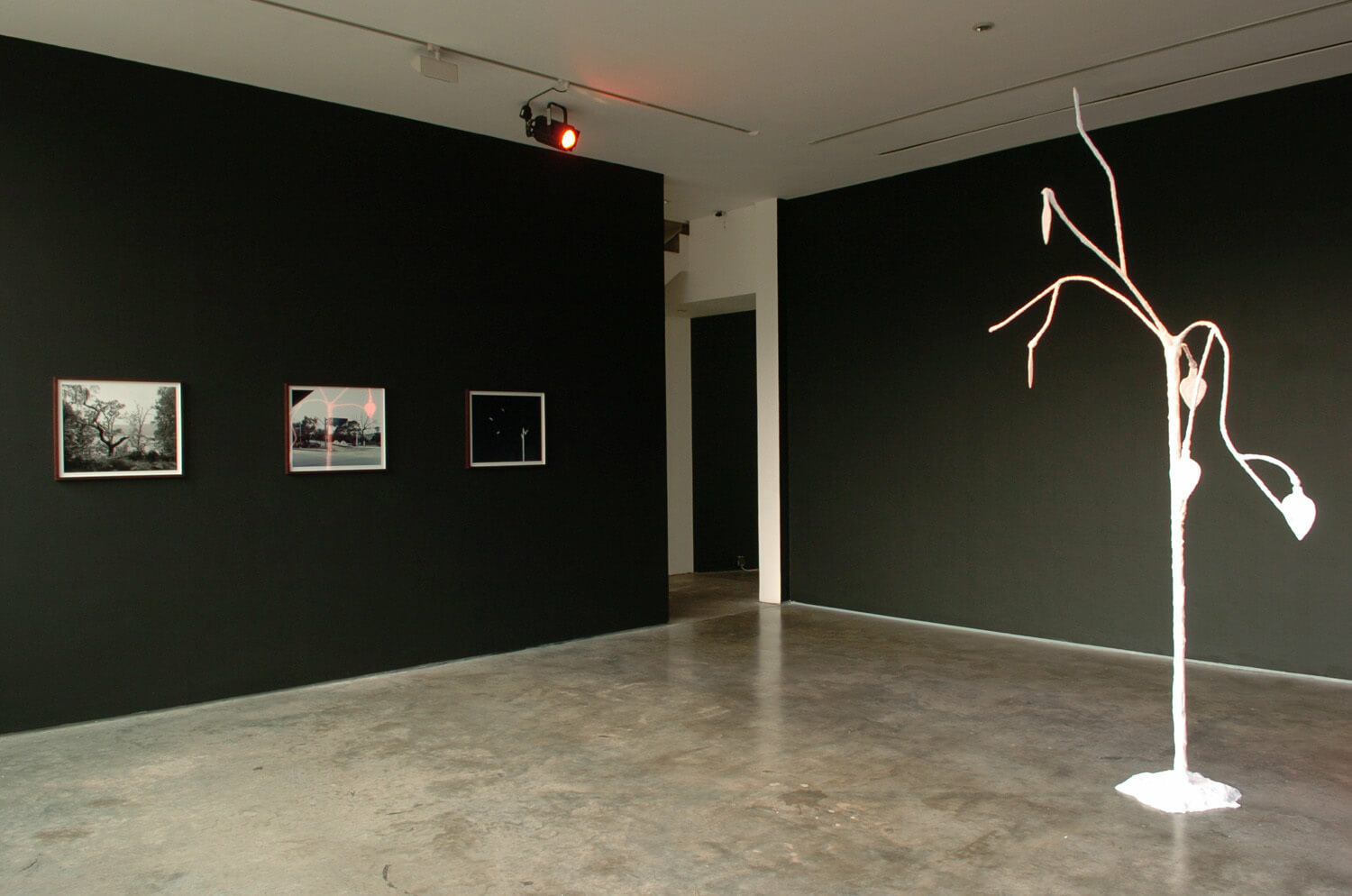 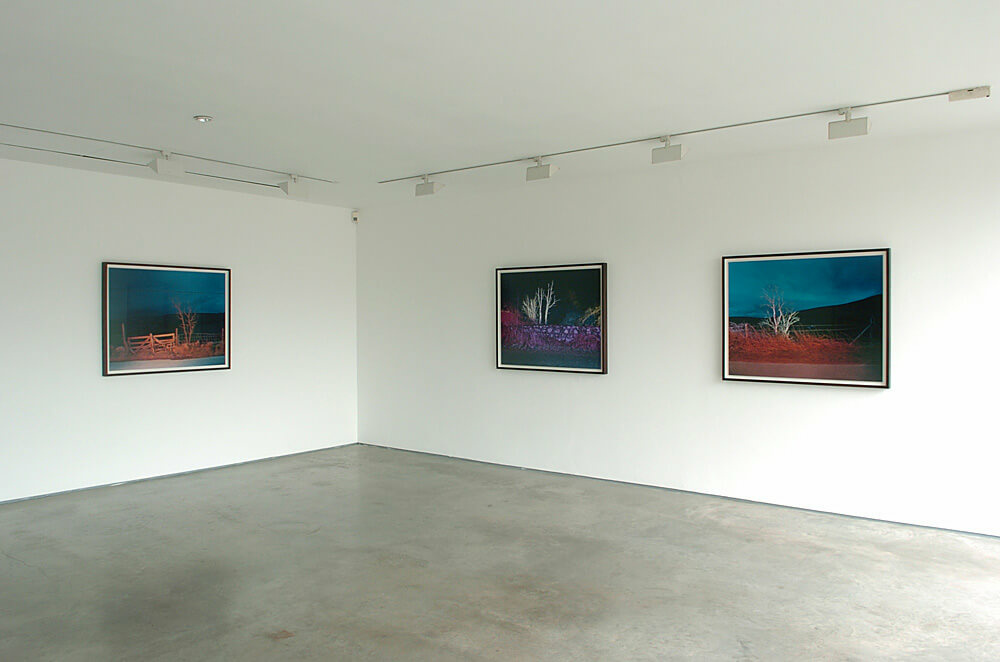