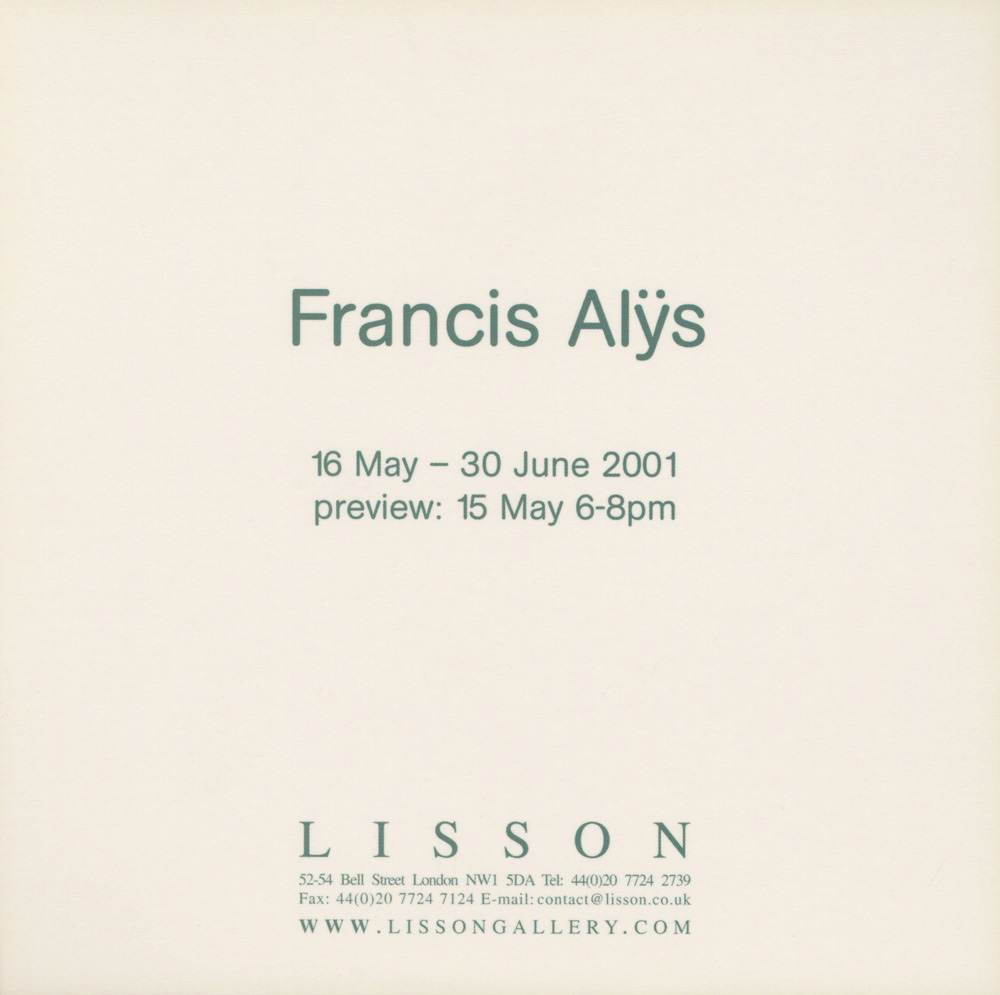 “Manet’s Olympia is the first painting to which the public reacted with uproarious laughter (...) We should never forget this infamous birth of Modern Art.”
- Georges Bataille

Francis Alÿs works with painting, drawing, sculpture, video and animation. In this, his second exhibition at Lisson Gallery, he will be showing his installation The Last Clown, a pointed and ironic testimony to his use of varied media and shift between different artistic activities.

The work brings together small paintings, a number of drawings and studies and an animation. A walk, an accident and a meeting form the central components of the work against a backdrop of music and canned laughter. At the origin of this ensemble is a commonplace but personal story of a fall in Hyde Park taken by a friend of Alÿs which gave rise to a discussion between the two on the ambiguity of the role of the artist nowadays. The Last Clown, to some extent, represents the artist who finds himself performing on a stage. The atmosphere of jazz and circus music cut suddenly to canned laughter serves to dramatize the comic aspect of his performance.

Francis Alÿs was born in Belgium in 1959. He lives and works in Mexico City. The Last Clown was made in collaboration with Rafael Ortega and Emilio Rivera. This work has previously been shown at Fundacio La Caixa in Barcelona and at Galerie de l’UQAM in Montreal. Francis Alÿs has a solo exhibition at Musée Picasso in Antibes until the end of June. He is also participating in this year’s Venice and Istanbul Biennales. Francis Alÿs had his first solo exhibition in the UK at Lisson Gallery in 1999.

This exhibition will be running concurrently with that of Douglas Gordon.