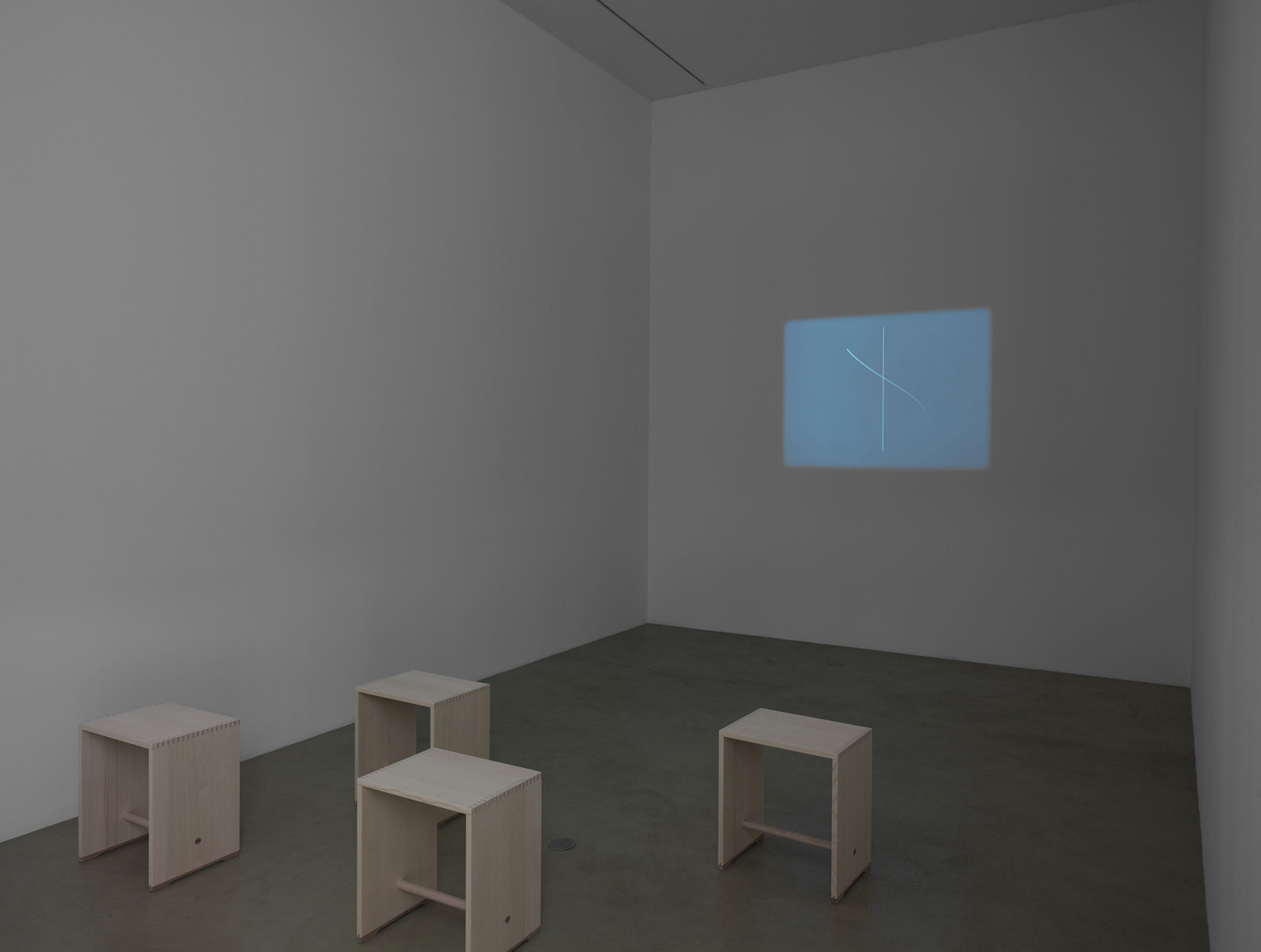 For his first solo exhibition in Italy, Florian Pumhösl brings together three abstract films, produced between 2005 and 2011. The 16mm silent films are representative of Pumhösl’s engagement with concepts of figuration in pre-modern as well as modern representation, and the way these reflect the definition of a modern public sphere.

Animated Map (2005), reconstructs each individual piece of a cutting pattern for a WW1 military uniform in chronological sequence. The title of the film bears direct reference to animated cartographic imagery, frequently used during WW1 to render battles cinematographically. The act of automatic tracing therefore connects the creation of abstract pictorial language at the beginning of the 20th Century with the systematisation of the industrial and military sector. The absent figure of the soldier itself becomes an autonomous cartography, locating the logic of industrial production close to that of the cinematographic apparatus.

EI335721443JP (2009) is the reference number for Yuzen Hiinagata (1688), a 17th Century book in four volumes on kimono patterns, held at the Tenri Central Library in Japan. The patterns contained in the book illustrations are represented as simplified line drawings, the original forms fragmented and reconstituted in new sequences to reflect specific typologies.

The third film in the sequence, Tract (2011), engages with early forms of dance notations and their relationship to figure, movement and space. The coloured background projects an abstract area for action or movement on the otherwise empty gallery wall, while elementary symbols and animated lines define the figure and its movement trajectory, which in early Baroque dance notation were called ‘tracts’.

Pumhösl configures the exhibition as a projection space, where the films are accompanied by new wall based works. Systems of graphic notations are reproduced in a vitrine, containing early cutting patterns and original dance notations by Zorn and Laban. By bringing historical elements into the fabric of his own work, Pumhösl creates a system of references within the exhibition display itself, reflecting on the language of abstraction both as a visual manifestation and as the informing principle of social organisation at the outset of modernity, which appears in the different subjects the films are based on. 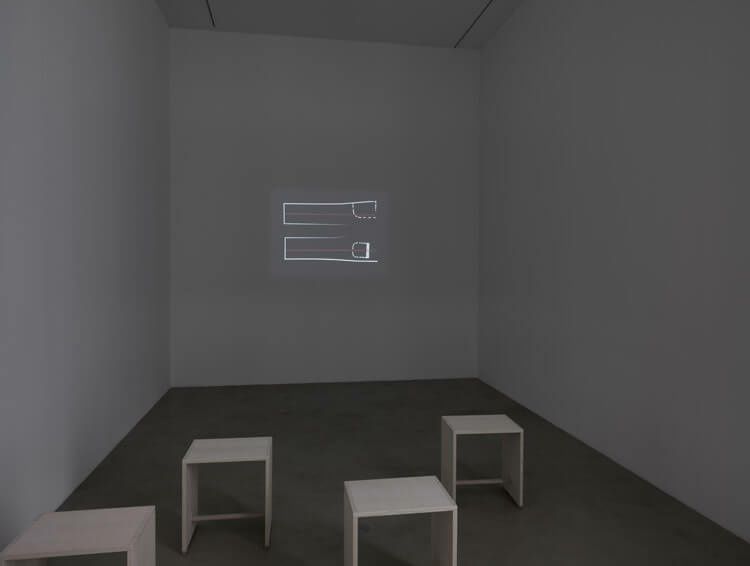 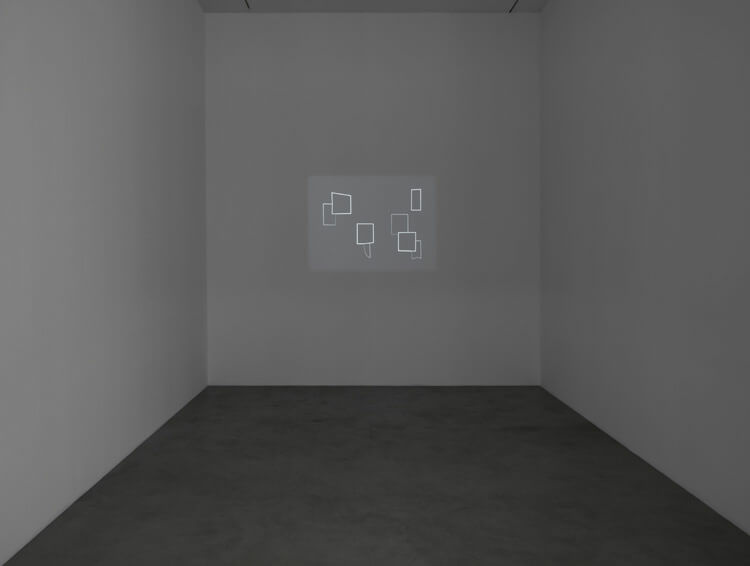 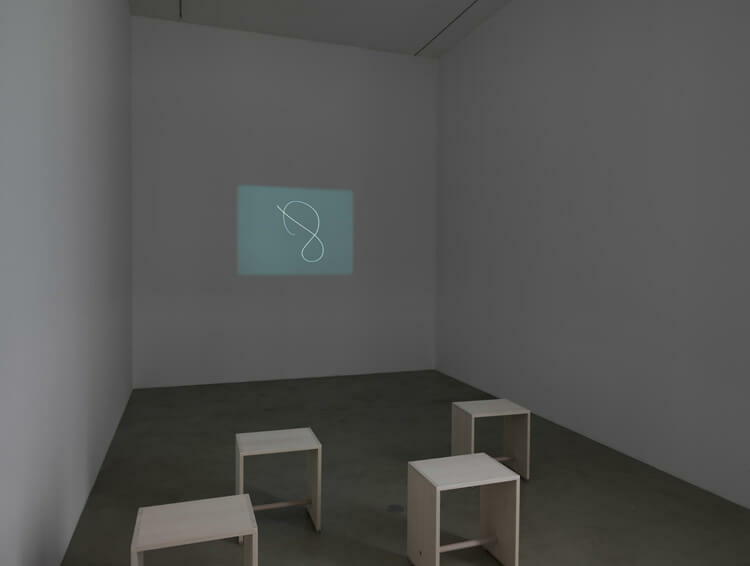 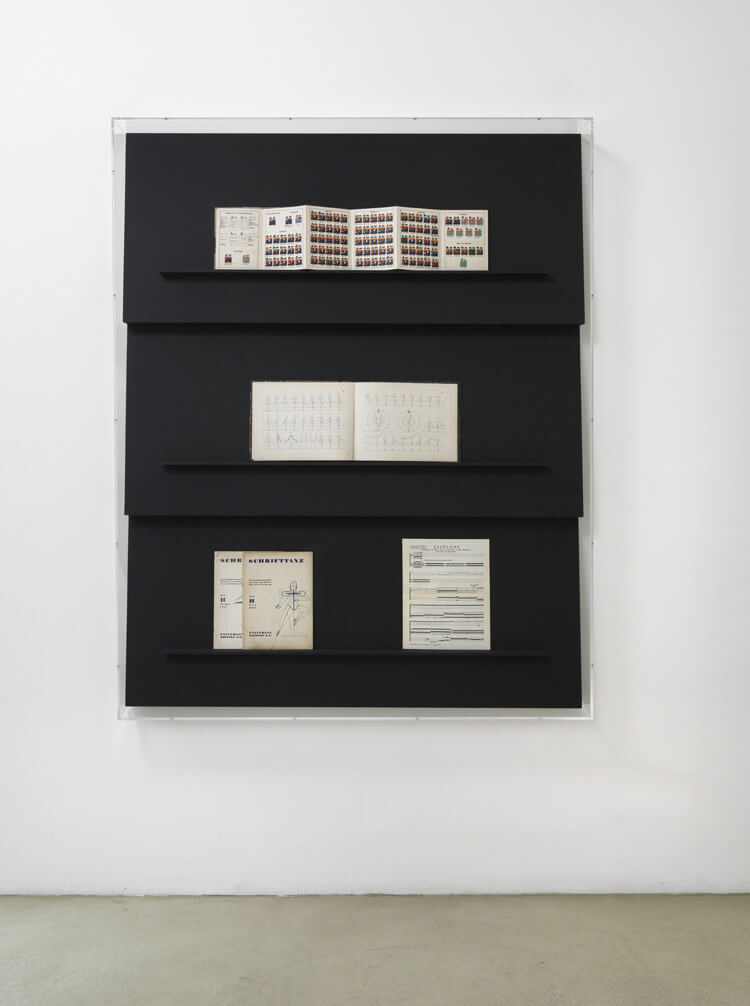