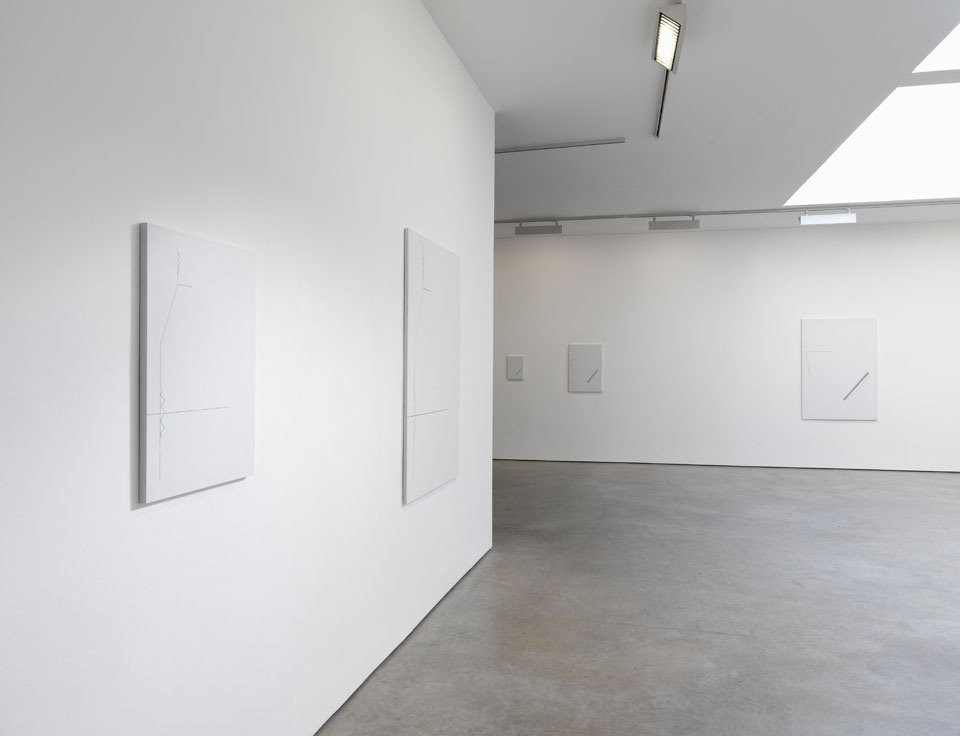 Florian Pumhösl’s five series of Clichés (2012), debuting in London, were created using a stamping implement of the same name, itself an onomatopoeic French word that describes the ‘cliché’ sound a metal press makes each time it is struck in the printing process.

Each Cliché work is formed of three plaster panels that progress in size, with the gaps between the works also growing exponentially. Unlike traditional triptychs, these trios appear to be identical in their minimalist visual language, despite their leaps in scale, as if each design had been rescaled and reproduced in triplicate. This seriality is also evident in the formal patterns that dance across the plaster panels, the whole installation recalling a musical score or a time-based sequence.

Aside from references to early Modern art, Pumhösl’s stamp paintings display his interests in pre-Columbian textile patterns and three-dimensional architectural space. For his latest series, the artist has stamped old Georgian script on to plaster using the same printing block method, effectively reproducing letters – some obsolete, others manipulated or misprinted – from an alphabet that is unreadable to all but Georgian natives or scholars of ancient languages.

Whether the starting point is typography or textiles, Pumhösl creates a new vocabulary at one remove from recognition. He describes his quest to transform images and objects into elegant and spare arrangements as one of a struggle with the medium of mass-reproduction: “Whatever abstraction might represent historically, to me it is a tool to measure my freedom”. 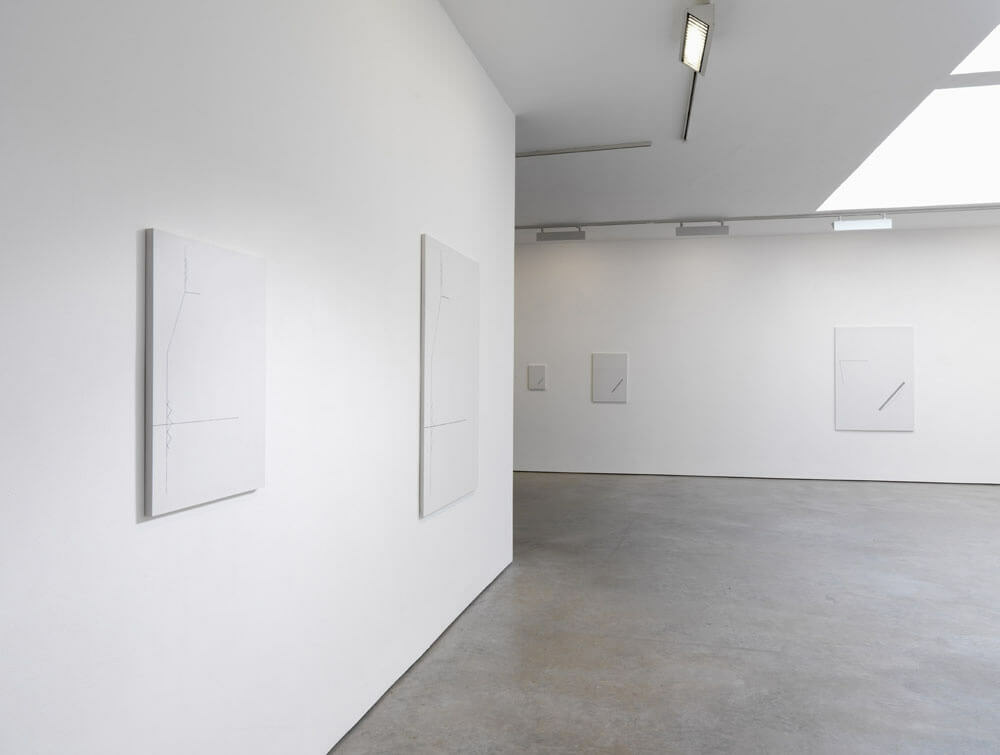 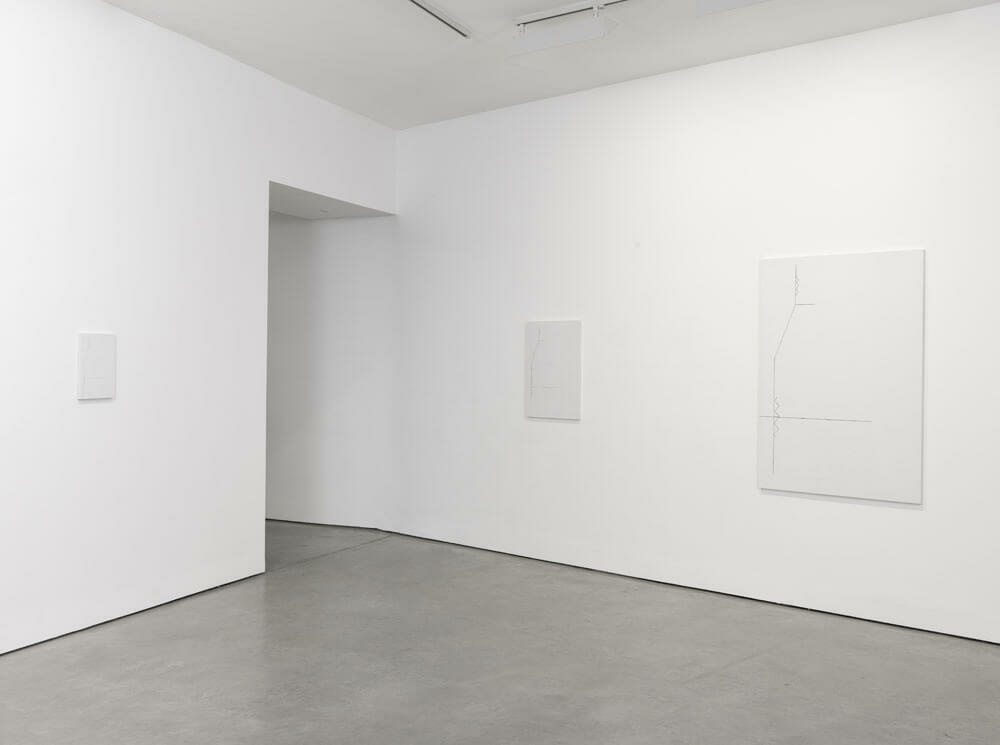 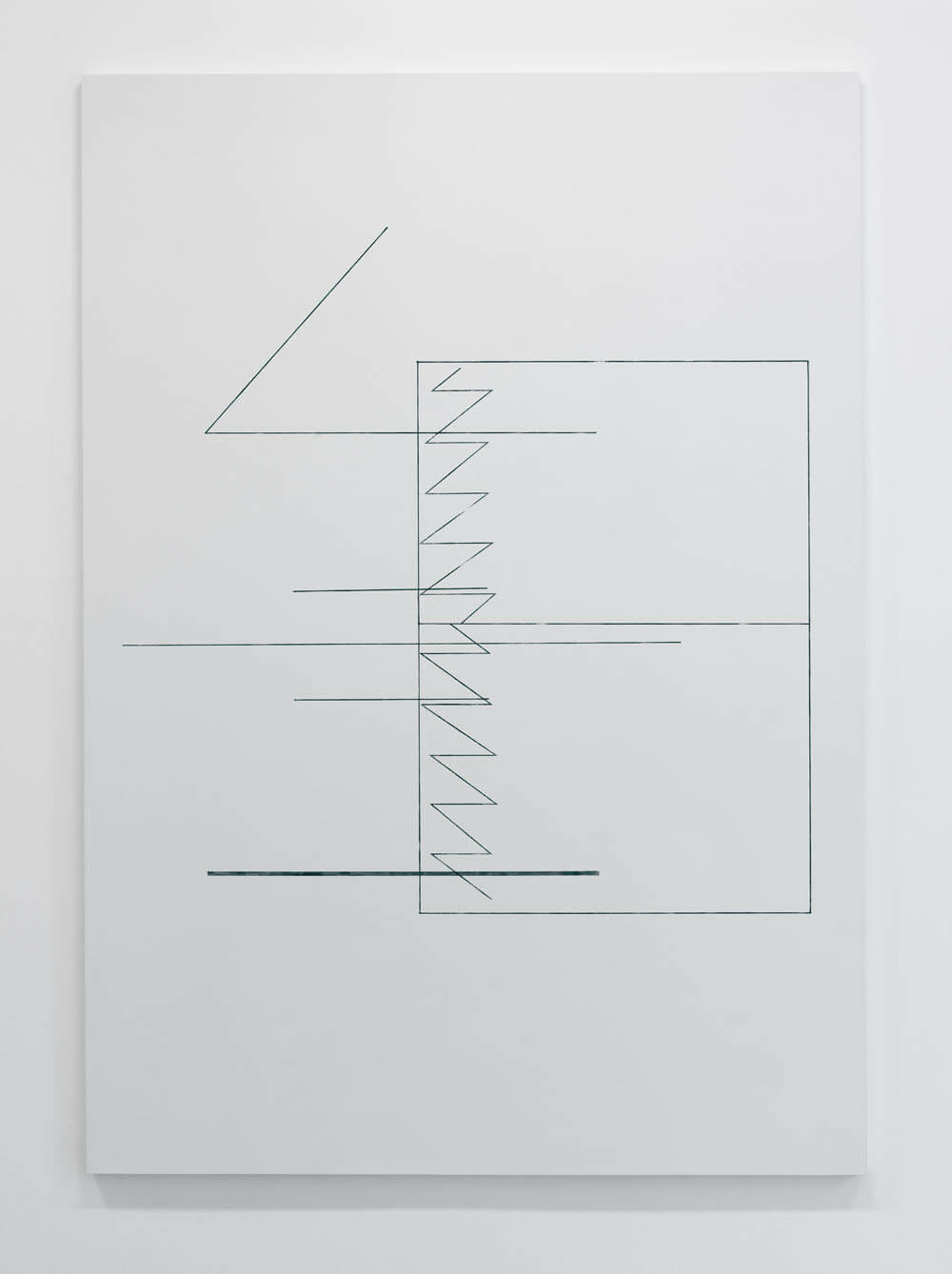 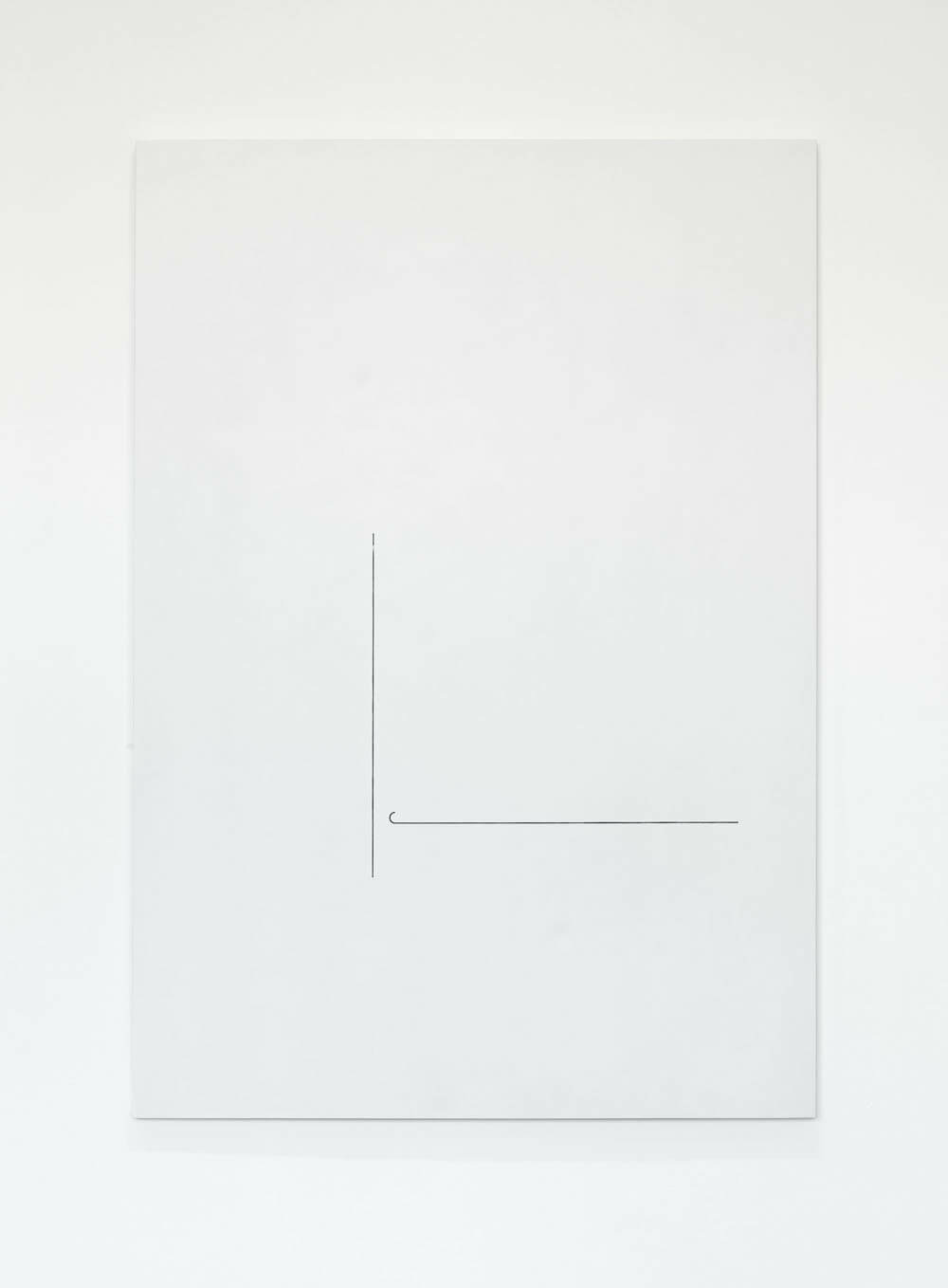 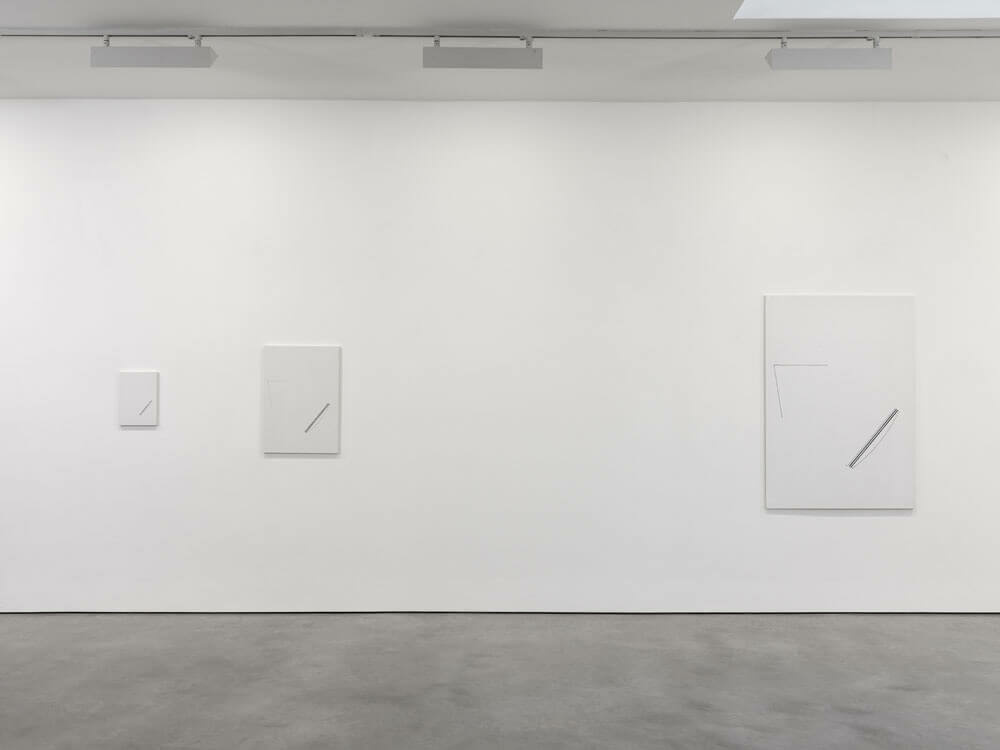 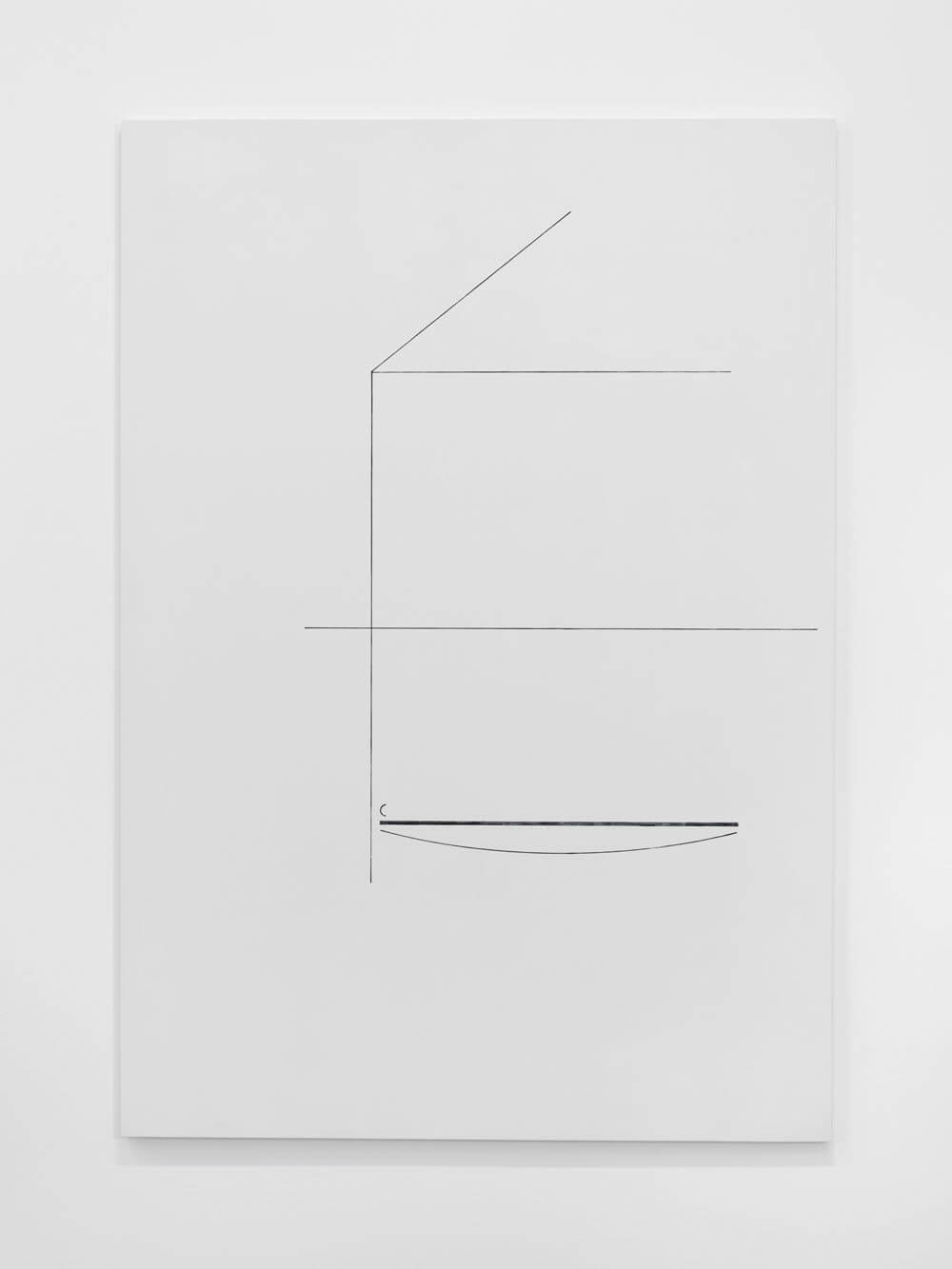 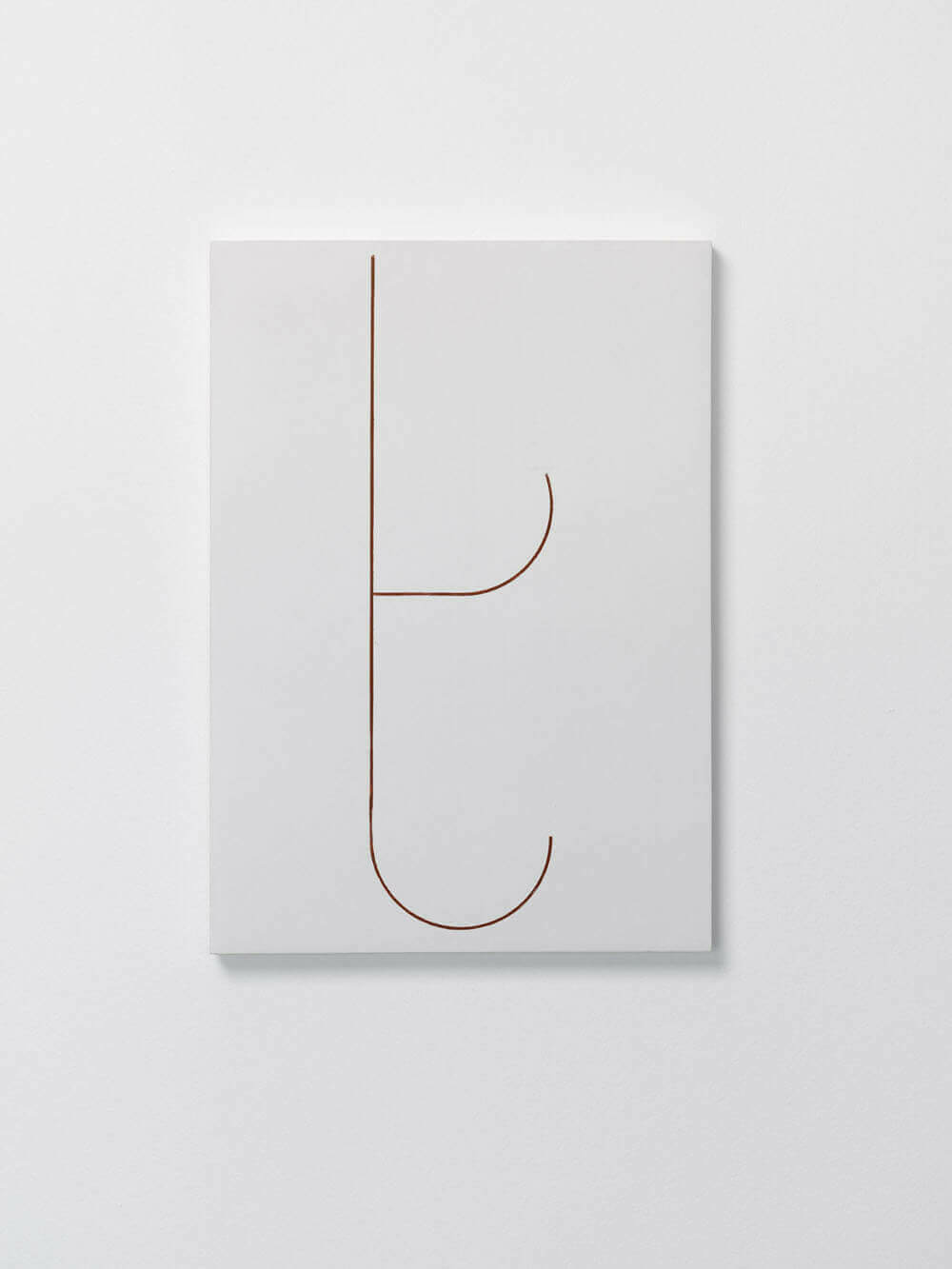 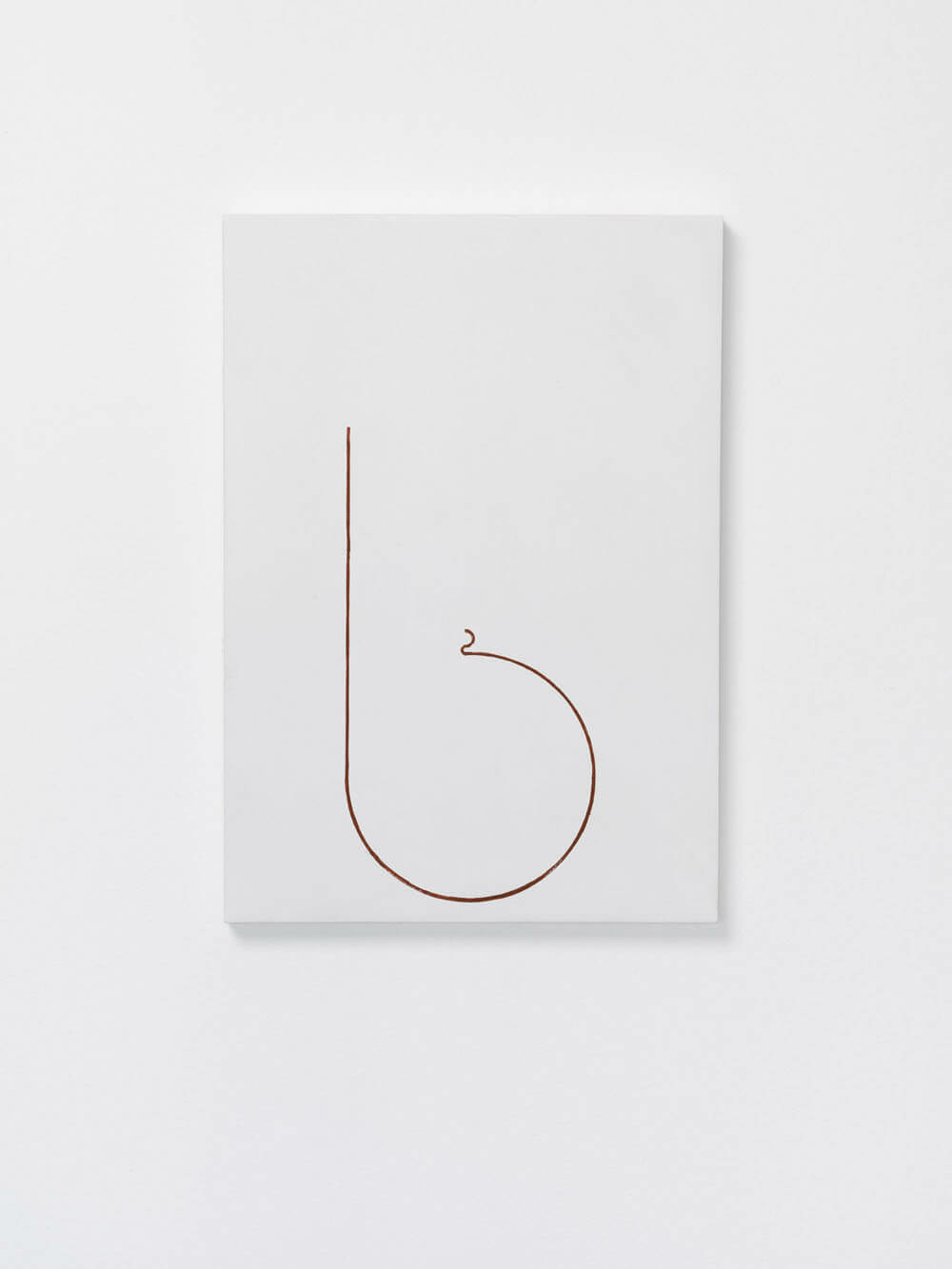 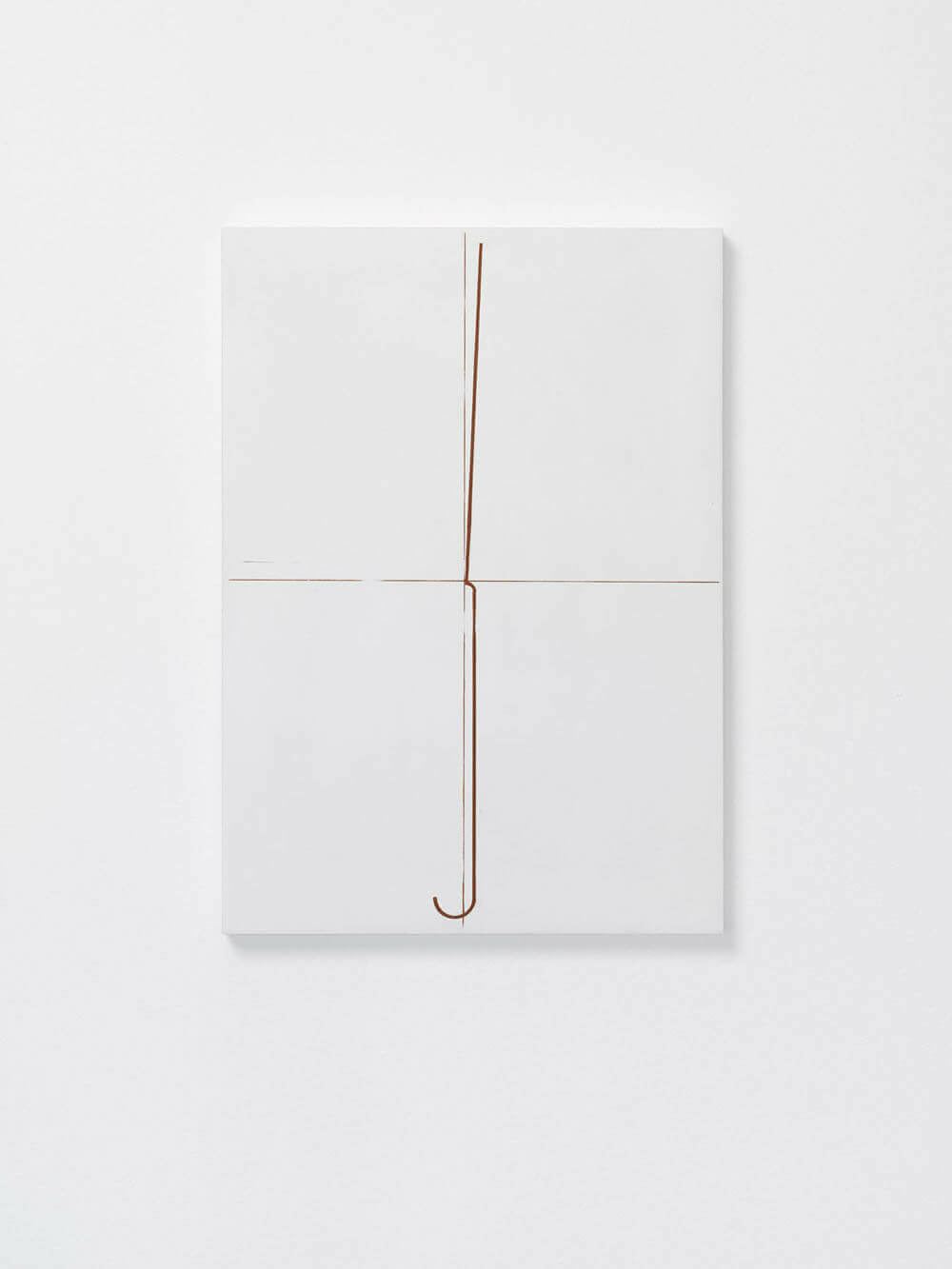 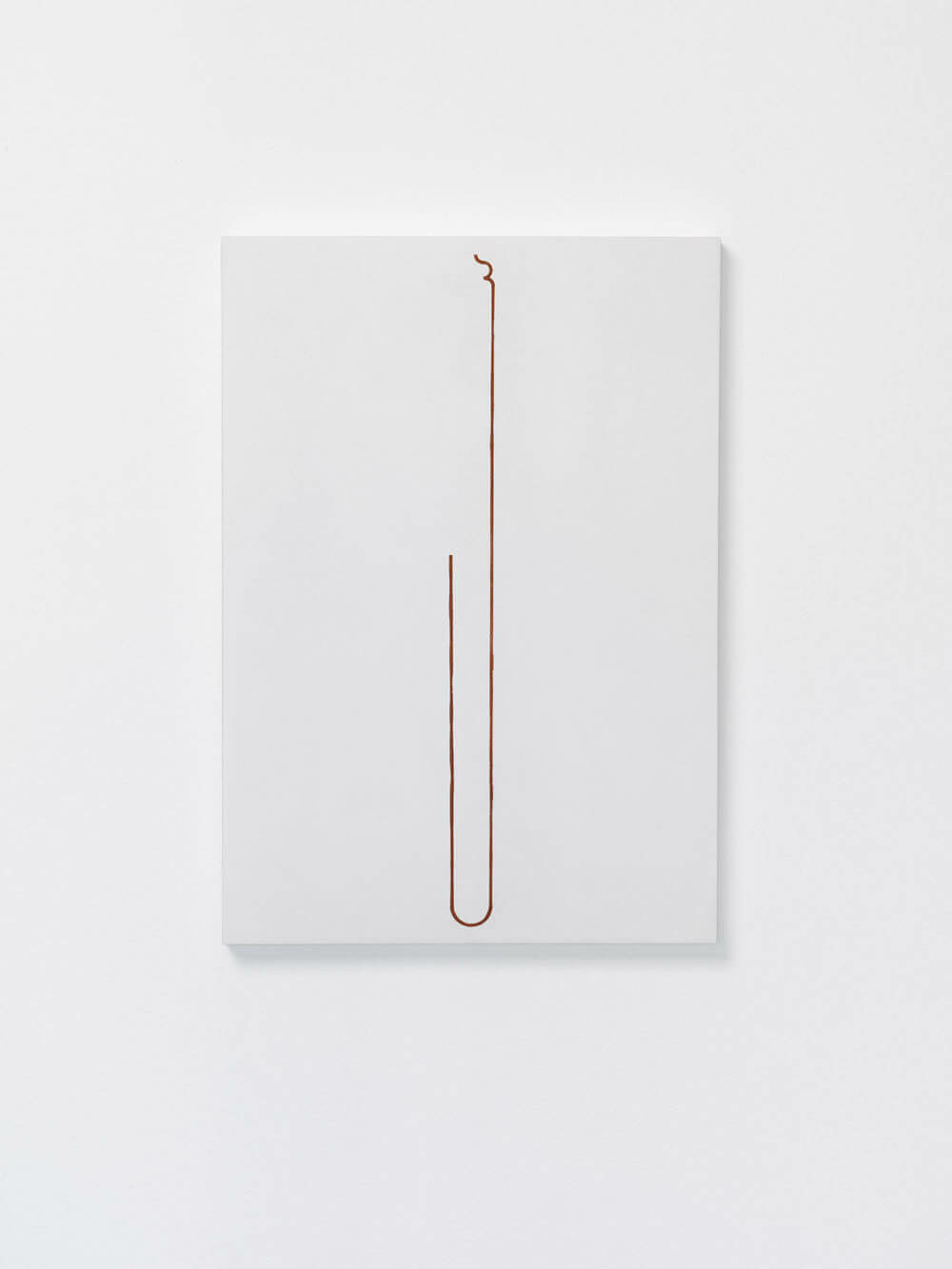 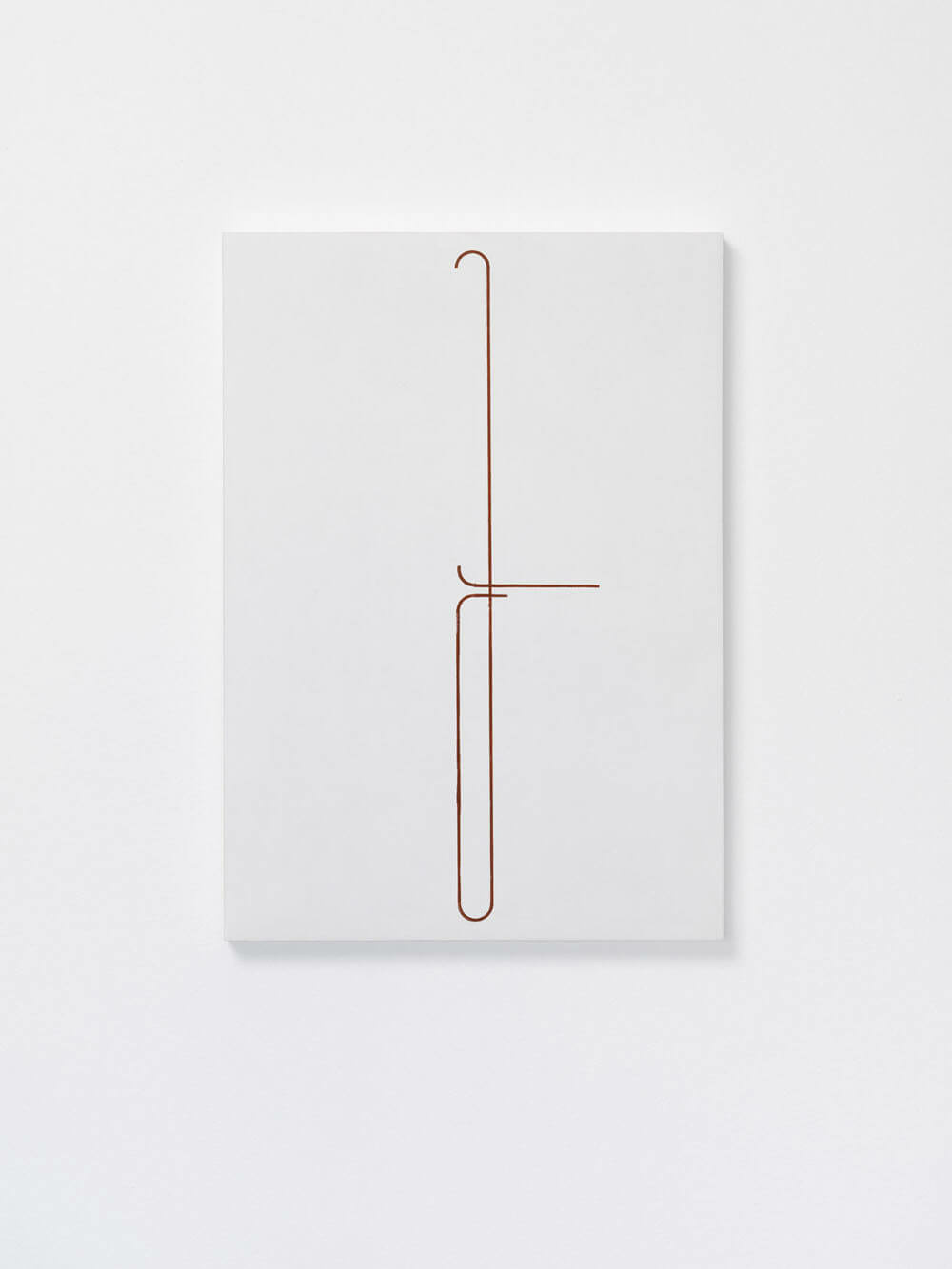 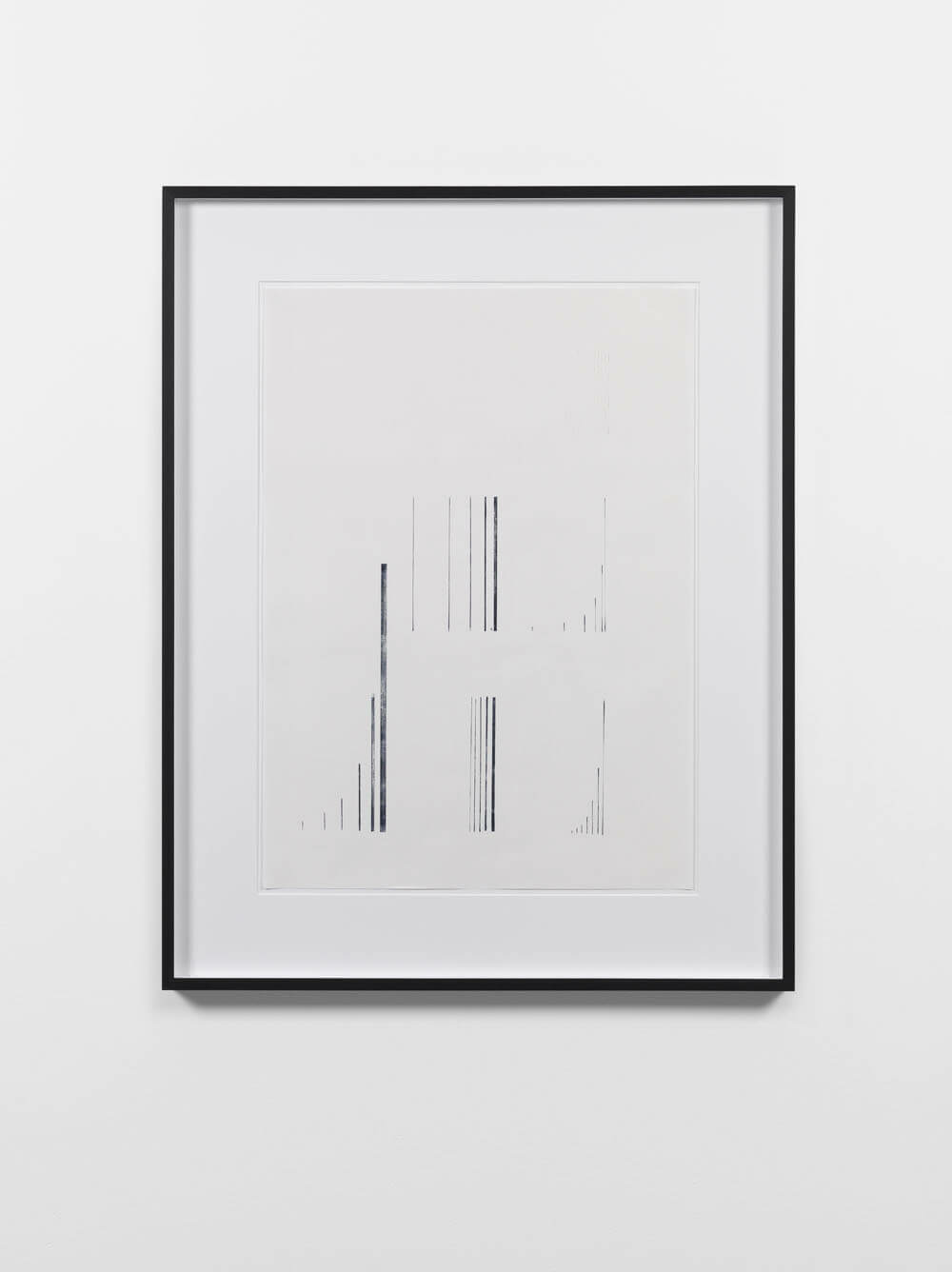 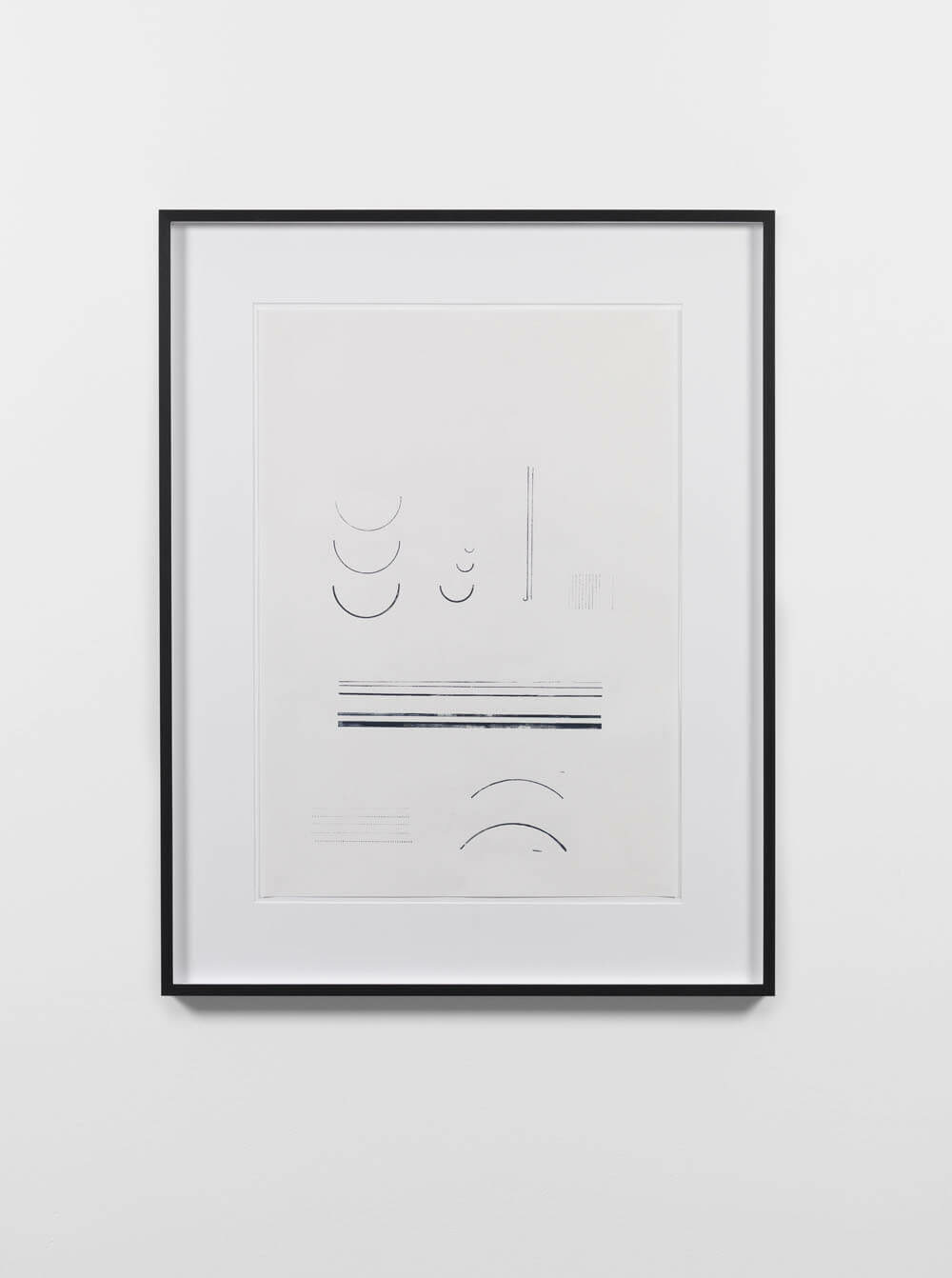 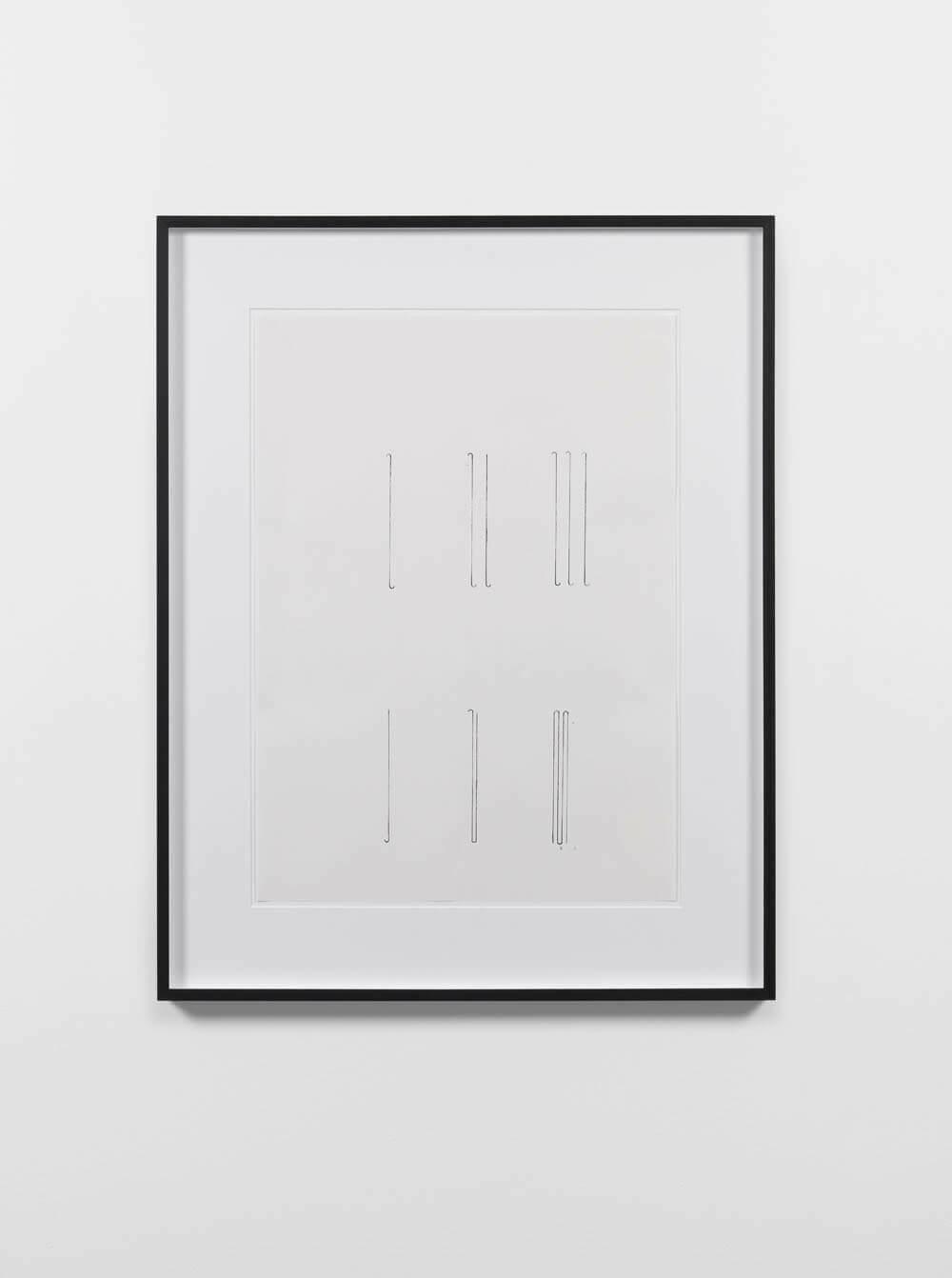 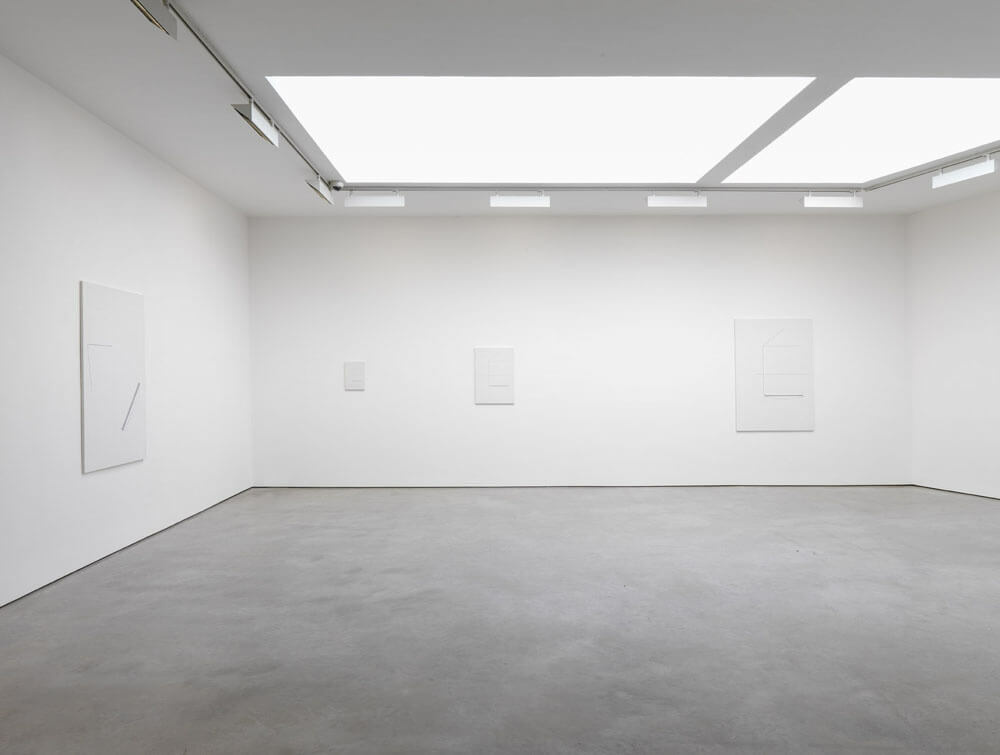 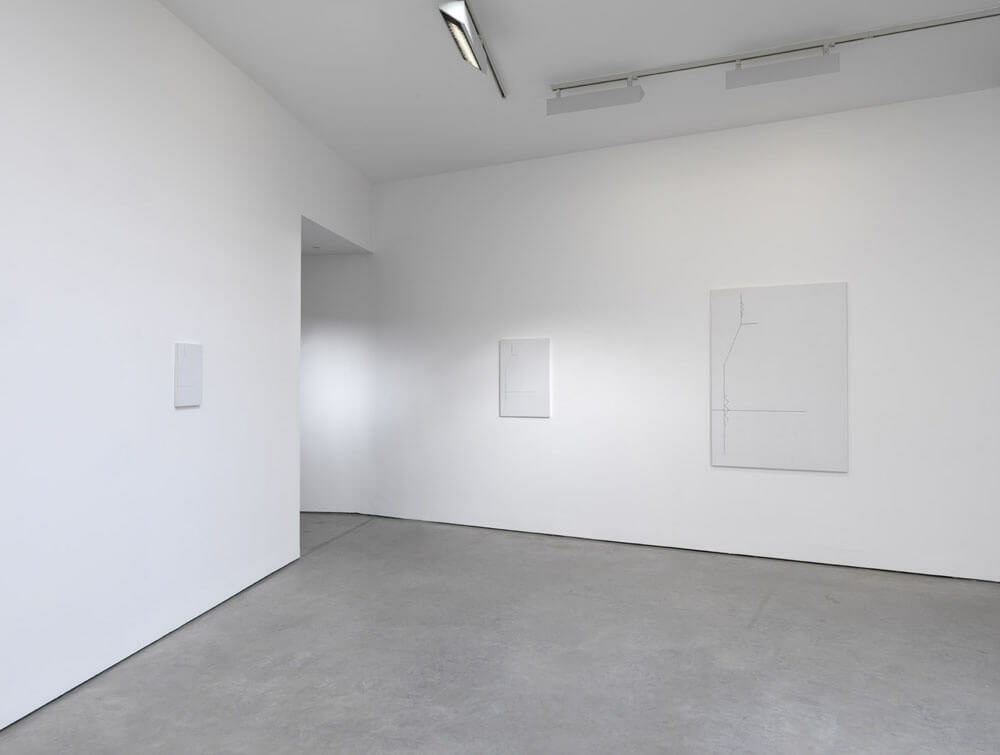 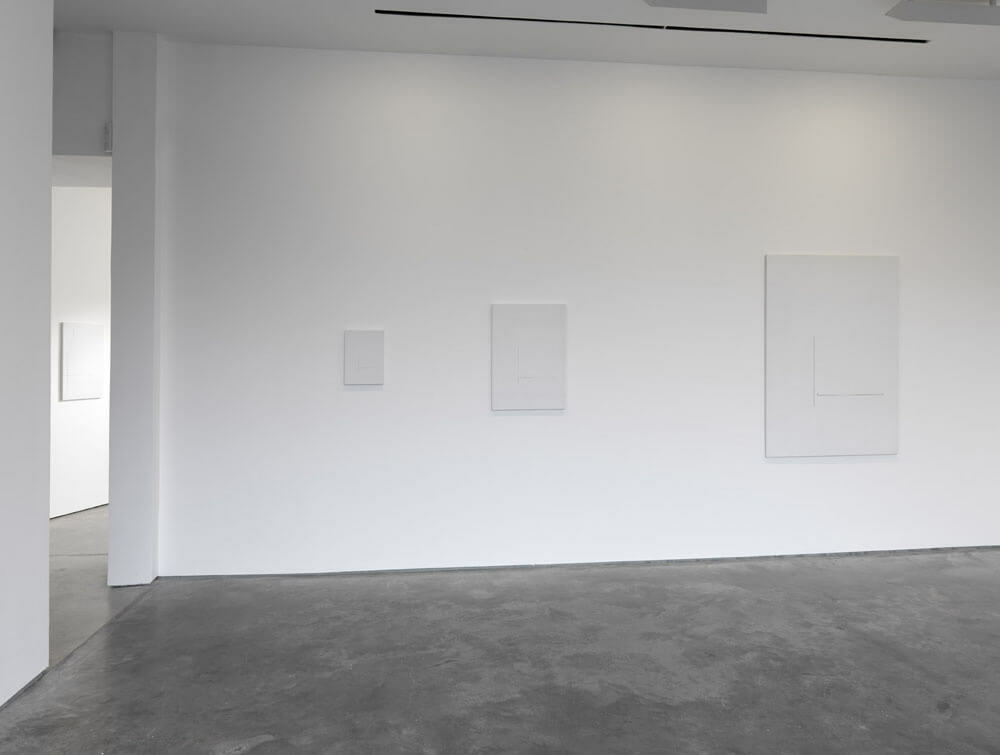