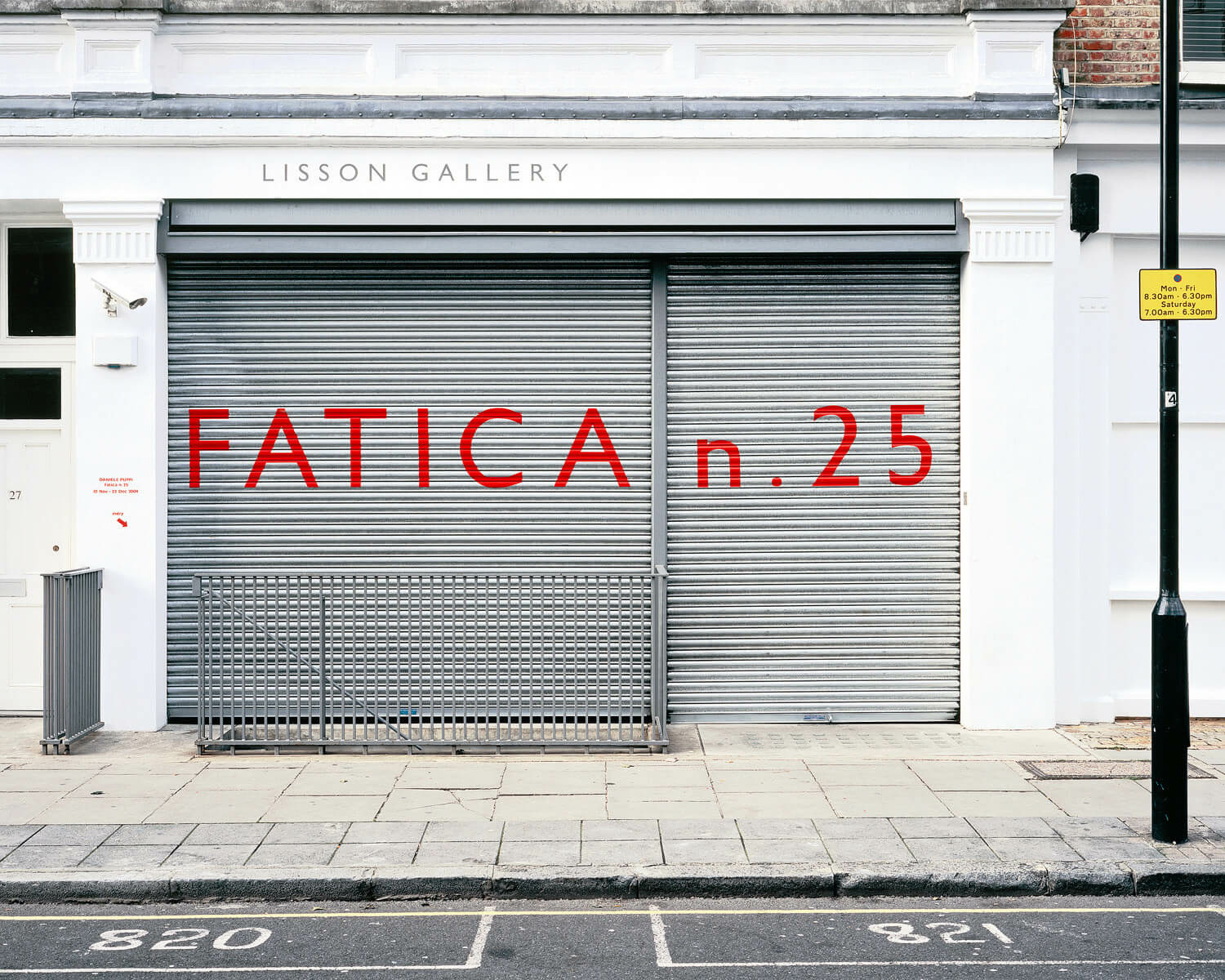 “The creation and construction of my work is a synthesis of the several aims I set myself in confronting space: to produce a movement which holds the space and simultaneously involves all its points; to find a means of being able to ‘appear’ at any point; to construct a new space ‘adjacent’ to the space already consolidated.”

Daniele Puppi is amongst the most exciting young Italian artist’s of his generation. He belongs to a tradition of twentieth century European art, which can be traced through Burri, Manzoni, Klein and Fontana, that utilises the elements of the everyday and participates in the world in order to restore the dynamic of the world to itself.

Puppi’s work primarily consists of sound and video installations entitled Fatiche (Efforts) and colour photographs called Frammenti (Fragments), which are derived from moments of the installations but are themselves autonomous works.

The Fatiche installations are all generated from a direct encounter with the physical space. For Puppi, the space is not a neutral place that hosts the work of the artist, but the tangible, concrete material from which the work emerges and takes form. Utilising his understanding of spatial proportions and harmonics, Puppi’s work transforms the elements of the architectural surroundings into an expanded multi sensory experience, subverting conventional notions of time and space in the process.

The photographs that comprise the Frammenti are a moment of visualisation of the spatial experience, selected instances of the Fatiche, in which the moving element, or moment of passage in the shot – for instance, the artist’s body as it moves across a door – escapes definition. For the viewer the Frammenti demand a contemplative moment, whereas the Fatiche envelop the viewer in their physicality.

For his exhibition at Lisson New Space, Daniele Puppi will be exhibiting a new work entitled Fatica 25 and an accompanying series of Frammenti photographs.