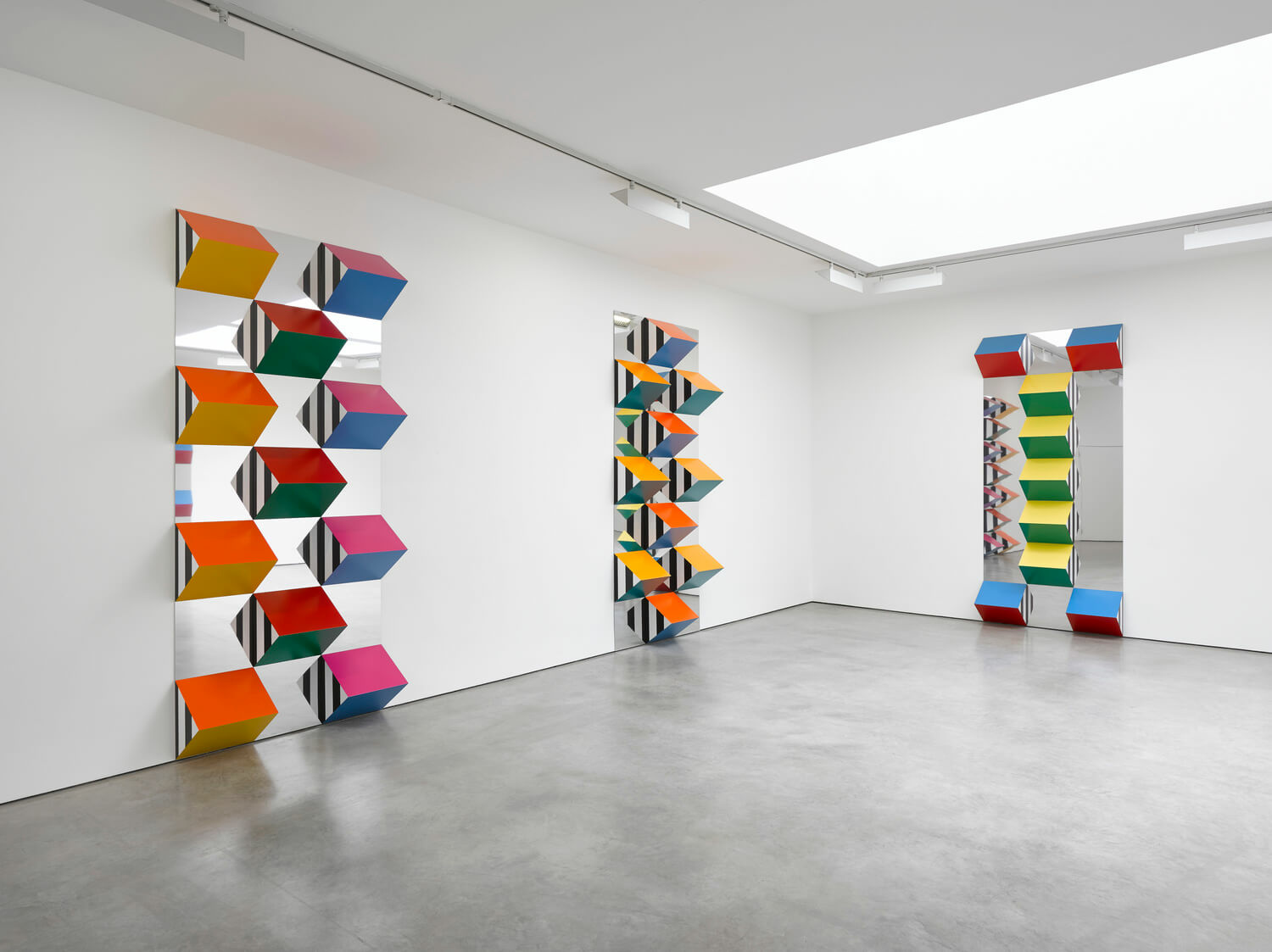 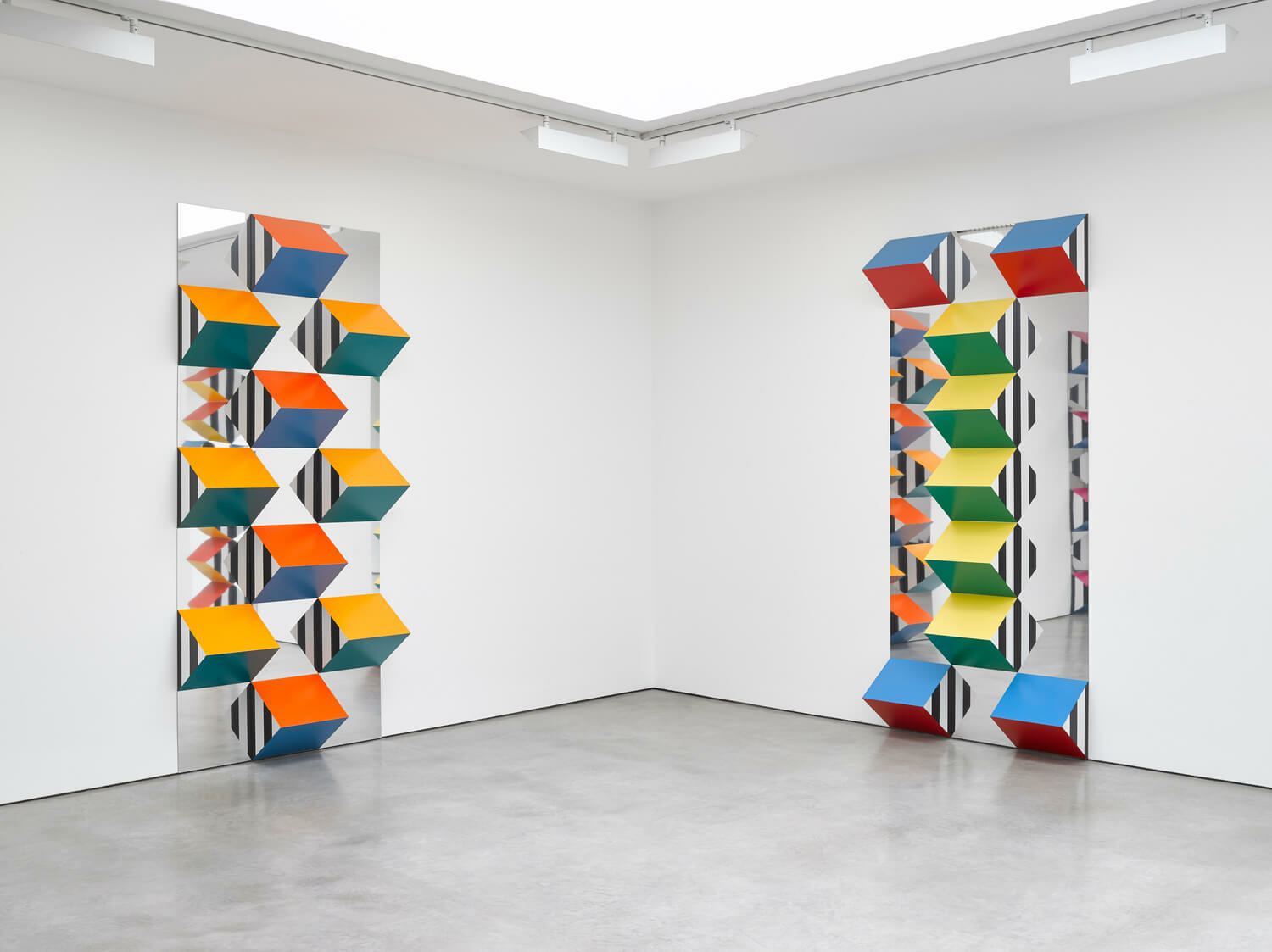 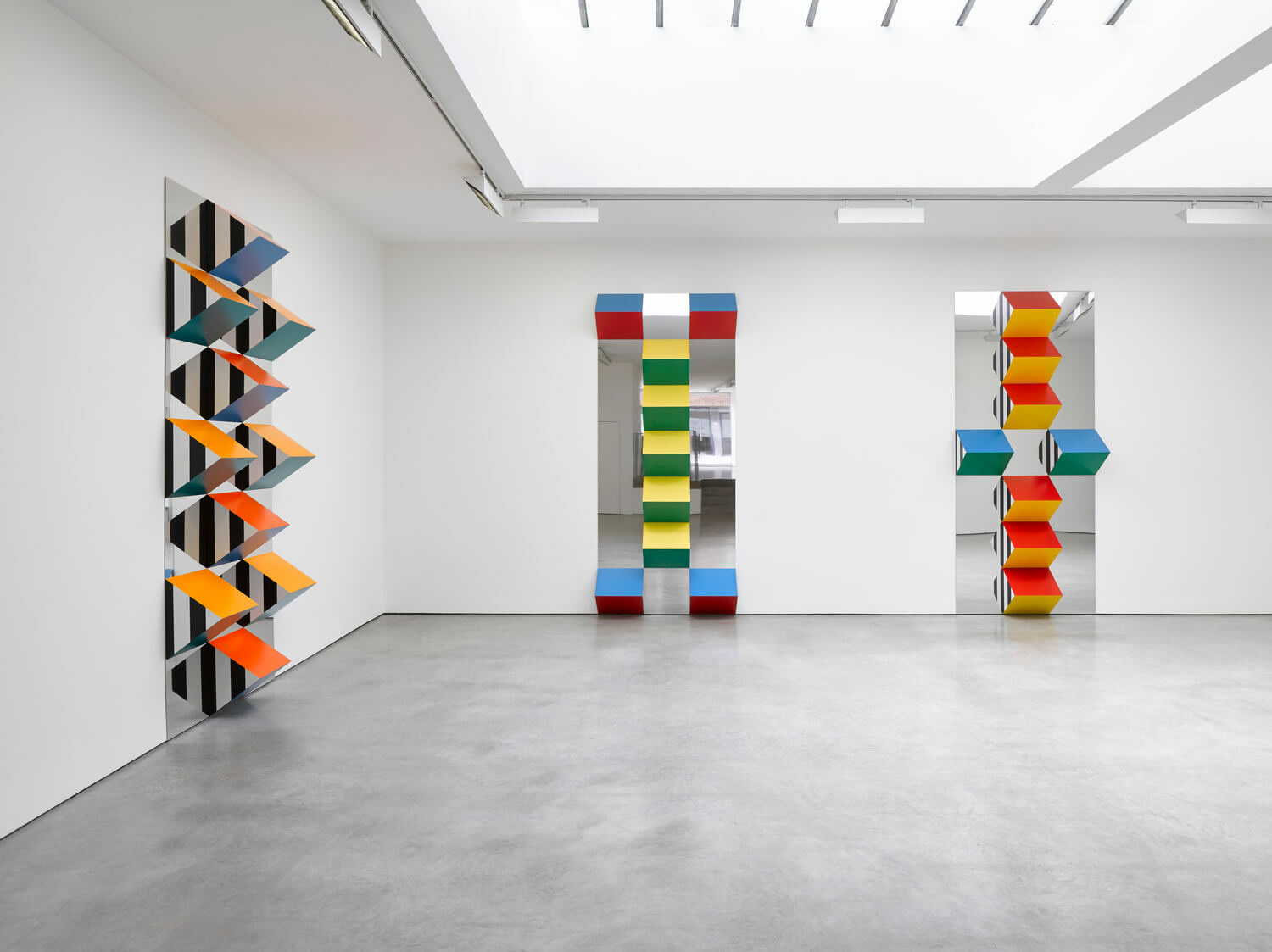 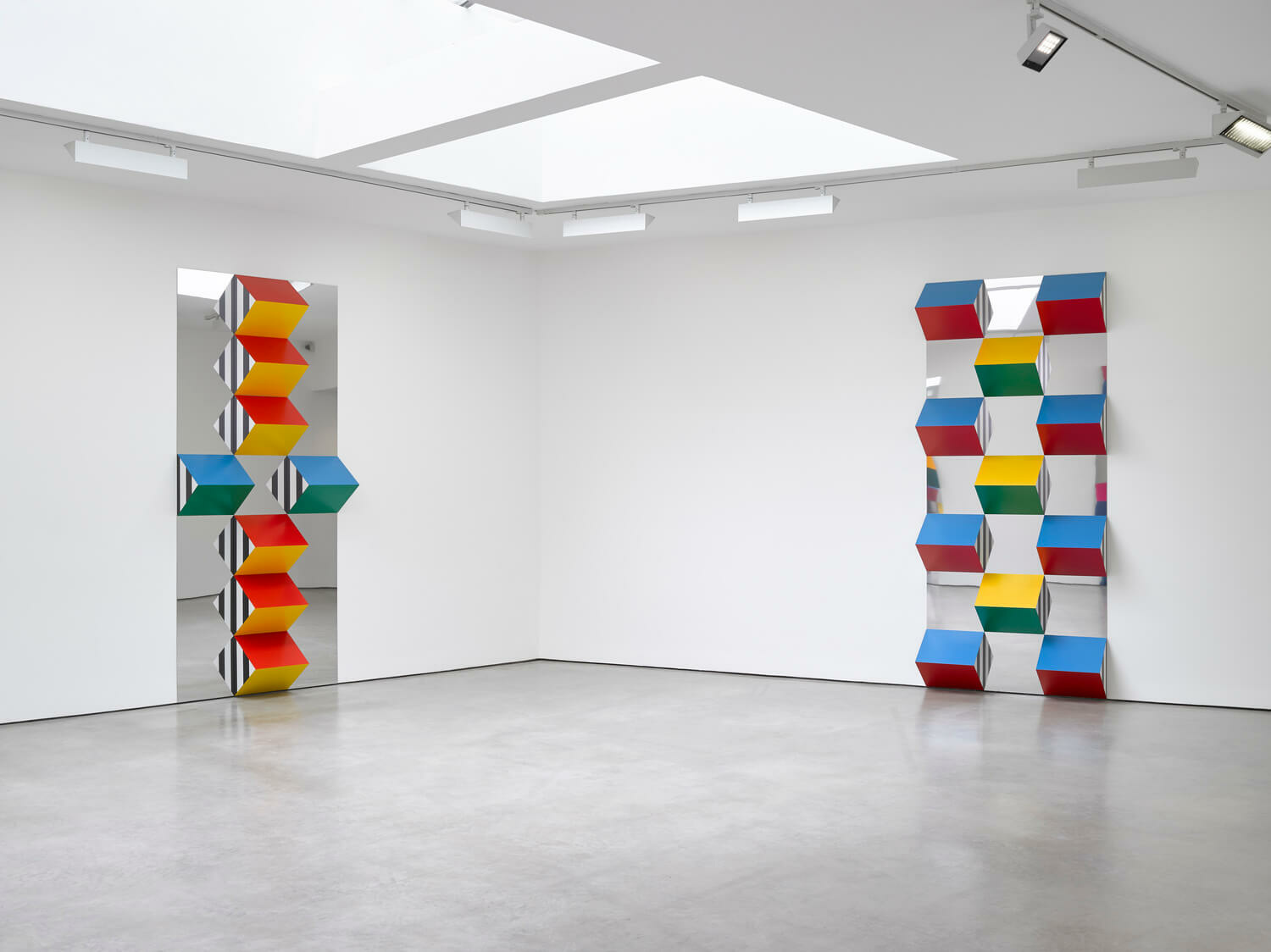 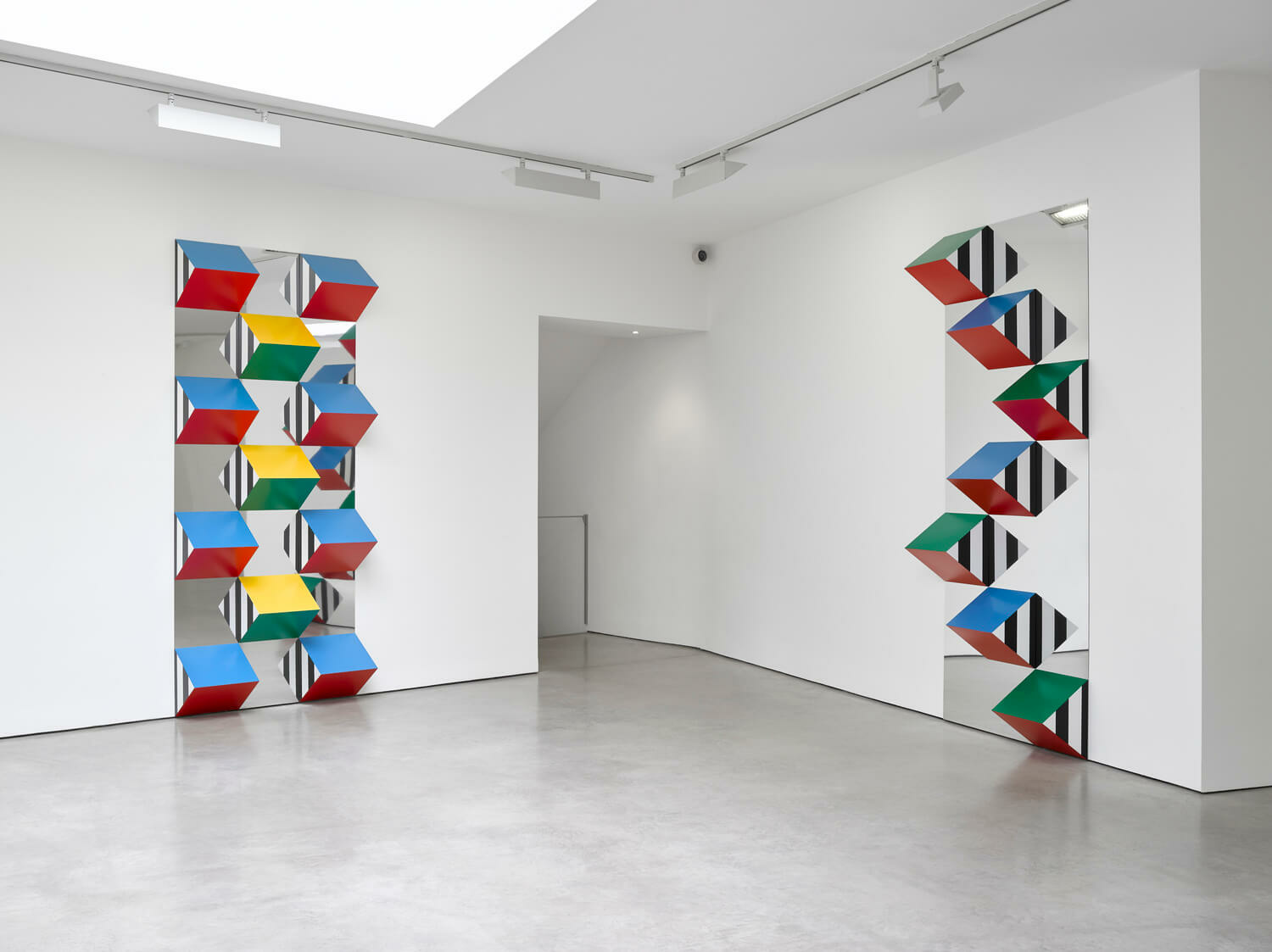 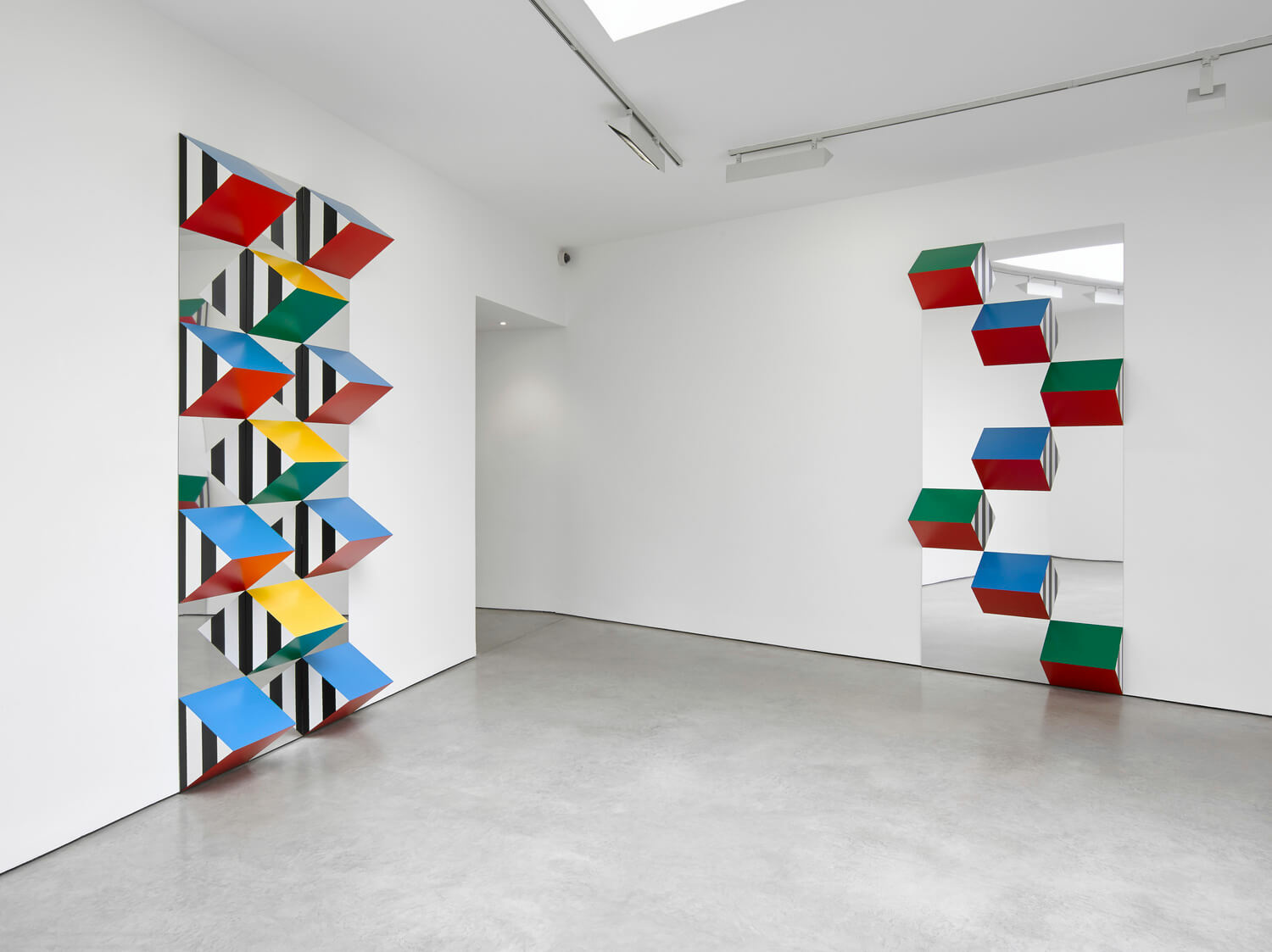 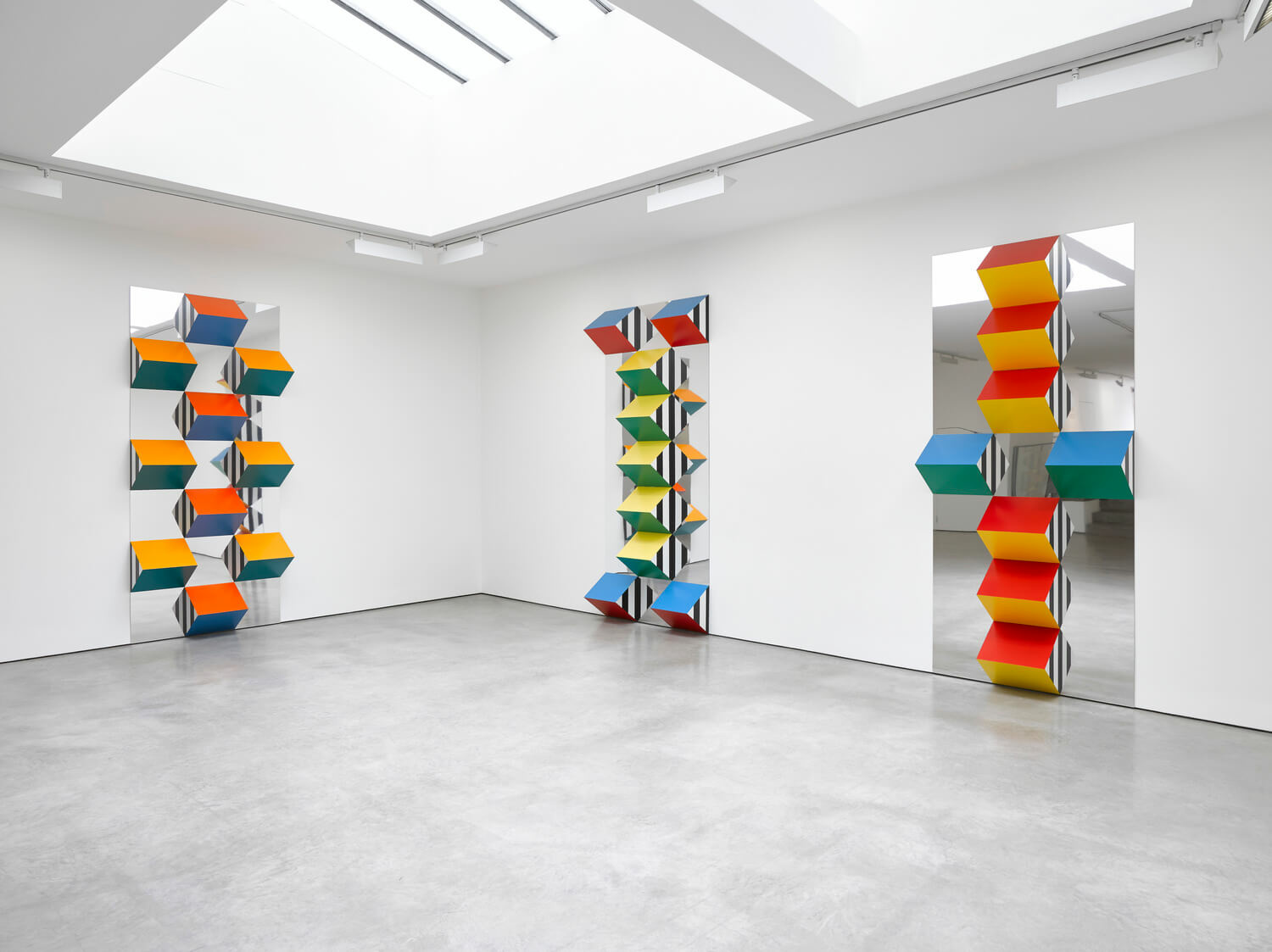 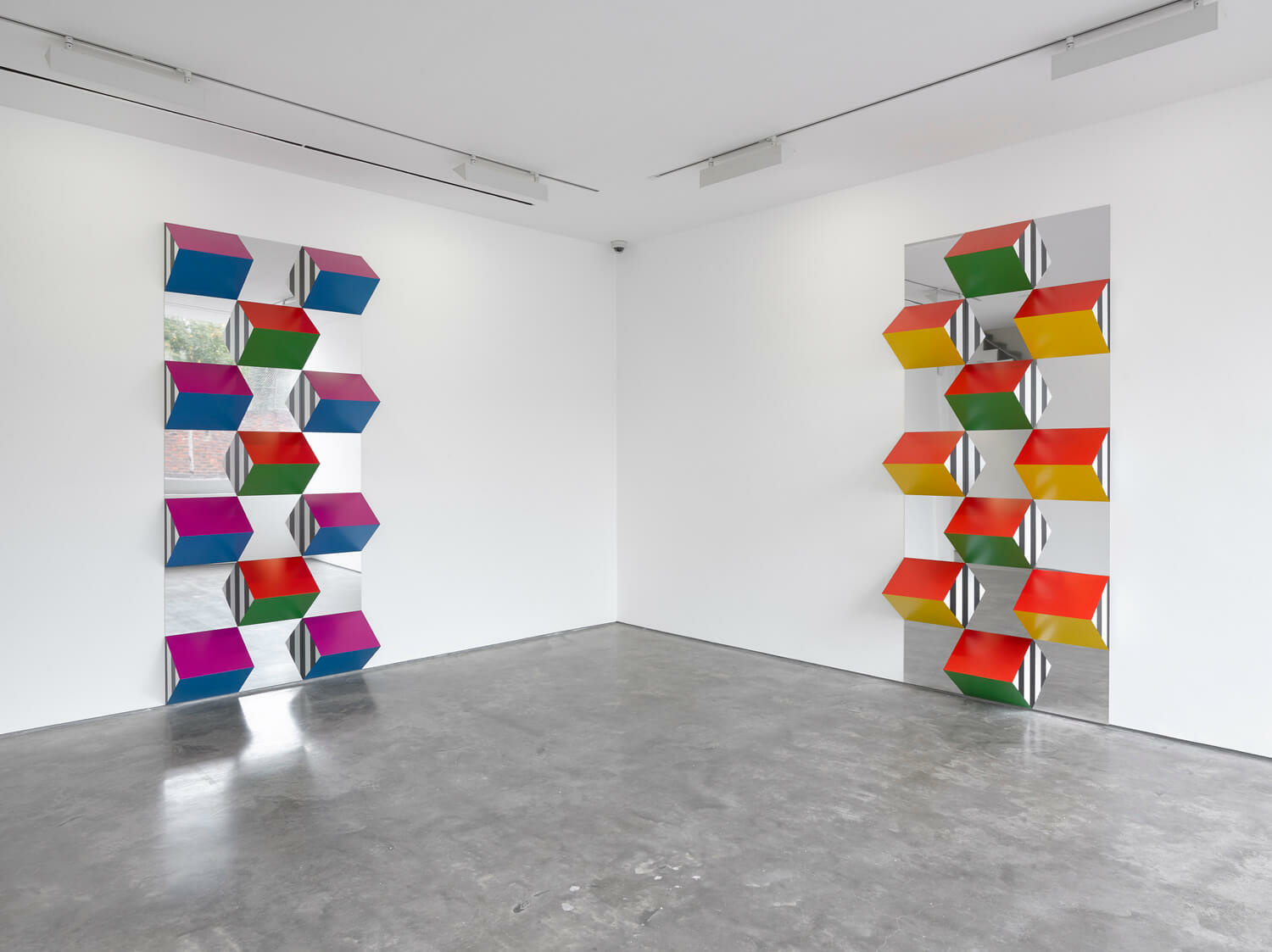 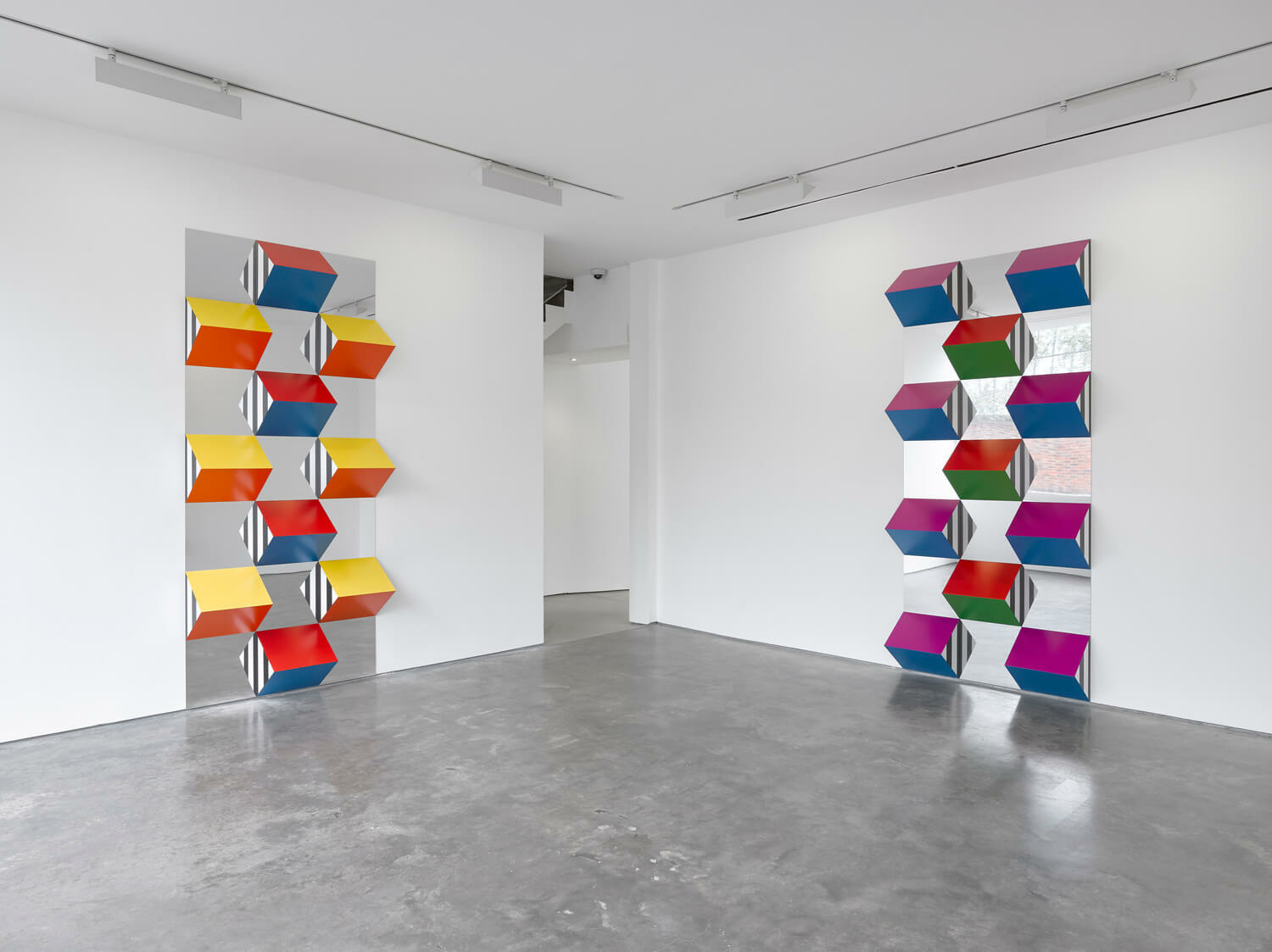 Daniel Buren has pursued an uncompromising site-specific style since the 1960s, choosing to make work in situ and in response to a particular location. While his ubiquitous 8.7cm wide vertical stripe, used as a ‘visual tool’ to prompt a reading of the work’s surroundings rather than just the work itself, remains a recognisable and intrinsic element of Buren’s practice, his more recent works are notable for developments in terms of architecture and form. Following his presentation of 'Hauts-Reliefs, situated works' at Lisson Gallery in 2007, Buren’s latest exhibition ‘PILE UP: High reliefs. Situated Works’ debuts a number of wall-based structures, all of which highlight the complex process behind the artist’s practice.

Playing with depth, surface and reflection, the works on display are an amalgamation of two forms: powder-coated, aluminium triangular prisms that project from the wall and mirror-finished panels which surround the three dimensional forms and follow the contours of the wall. The reliefs are carefully arranged in a number of configurations on the gallery’s walls – a space for which Buren has created work since the 1970s.Coloured in bright monochromes with the artist's signature black and white stripes on their sides, the individual prism shapes retain their essential qualities and inherent individuality despite the different arrangements, testament to Buren’s ability to portray the physical components of an artwork while pointing to the ideological context in which the work is made.

Buren is considered one of the world’s most influential and important figures in contemporary art, contributing to the development of conceptual art through his adoption in the 1960s of “degree zero of painting”, a response that abandoned all traditional forms of making and adopted the rigorous aesthetic of exclusively using vertical stripes. By reducing painting to its simplest elements – the canvas and its support – Buren was able to draw attention to the relationship between art and context. Questioning how we look, perceive and reveal the social characteristics and physical aspects of a space, Buren’s work always relates to the space around it, the pieces limited and defined by what encases and rules them. In an interview with Suzanne Pagé in 1986 when he represented France at the 42nd Venice Biennale, Buren states, the works “take into account the place in which they are presented as part and parcel of the visual result… They are explicitly dependent on the place for which they have been built or rebuilt. They change it to the same extent as they are changed by it. This is their very reason for being.”

‘PILE UP’ offers further insight into this specific aspect of Buren’s practice and how his radical conceptual aesthetic has developed over the past four decades. The exhibition coincides with the recent launch of Diamonds and Circles, works in situ, a permanent installation at Tottenham Court Road station in London, commissioned by Art on the Underground.