Daniel Buren: One thing to another, Situated Works 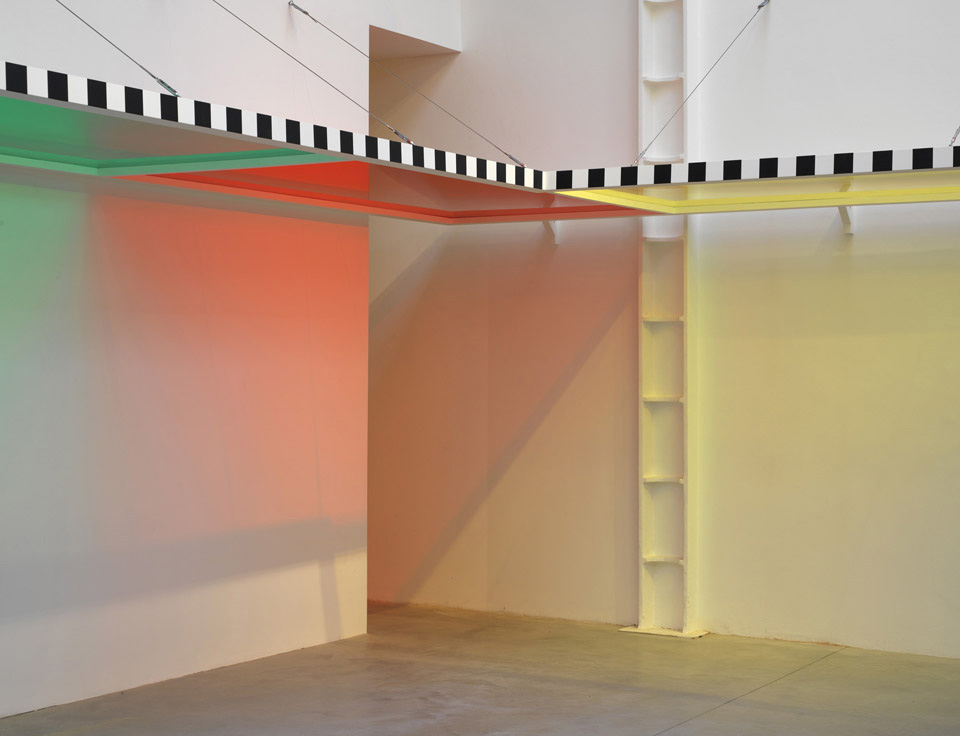 Lisson Gallery is proud to present an exhibition of new site specific and situated works by Daniel Buren, France’s most influential living artist. His first solo show in the UK since 2009 will include a large scale installation and outdoor work.  For over forty years Buren has examined the role of the gallery as a supposedly neutral space.  He creates works “in situ”, by working within the context of existing architectural, spatial and social elements.

Since the 1960s Buren’s critical analysis of painting -attempting to refine the act to an elemental form - led him to find what is now a trademark “visual tool”, the use of 8.7cm wide white and coloured vertical stripes. Once chosen for its anonymity and neutral presence, the stripe has become a signature for Buren’s work. Buren explains: “The visual tool is no longer a work to be seen, or to be beheld, but is the element that permits you to see or behold something else”.

For his exhibition at Lisson Gallery, Daniel Buren developed A Perimeter for a Room (2011), a new work in situ for the gallery main space. The work traces a line following the full perimeter of the space. The horizontal transparent Plexiglas panels coloured with self-adhesive vinyl, lined up sequentially at a set height along the walls, alter our perception of space by introducing a new height within the room and by washing the walls with coloured shadows.  While the work uses a familiar vocabulary in Buren’s oeuvre: colour, light and black and white 8.7 cm stripes, A Perimeter for a Room defines an entirely new system in its treatment of interior space that opens the way for new developments.

The gallery front rooms present a series of works based on an entirely new material made of woven fibre optics. Daniel Buren started to develop works using this technology in 2006, in collaboration with fabric specialists Brochier in Lyon, and presented it in exhibitions in Lille, Lyon and most recently as part of his solo exhibition in Kunsthalle Baden Baden earlier this year. The panels in combinations of rectangular and square shapes create a powerful visual effect, with alternating white and coloured stripes illuminating the space that surrounds them. When unlit, they present a simple surface of white, equivalent to a piece of suspended cloth in linen or cotton.  The relationship of the works to the space is architectural, with the panels placed either at the middle of the wall or defining its vertical or horizontal limits.

The exhibition extends outdoor with 4 colours at 3 metres high (2011), a variation on the theme of pergola and ‘attrape soleil’, which Buren has explored in several public works, which play with outdoor light, the movement of the sun and coloured shadows such as La Tonnelle, presented at the Venice Biennale in 2007, or the covered walkway Passages under a colored sky (2007) in Anyang, South Korea.

Today Buren is considered one of the most significant figures in conceptual art, pushing the once self-imposed limit and developing it into a complex and varied language. He employins the stripe across canvas, plexiglas, aluminium, wallpaper, and architectural elements, experimenting with light, colour and reflection.  Although now one of the most in demand artists by commissioning bodies across the world, in 1969 he was once arrested for covering billboards in Berne with his stripes. The occasion was Harald Szeemann’s seminal exhibition ‘When Attitude Becomes Form’, in which the artist decided to take part without being invited. In 1971, Buren created an epic installation at the Guggenheim, New York by dressing the central rotunda with a 20 metre high striped cloth. The work was so commanding that it was removed, to great outrage, after fellow artists Donald Judd and Dan Flavin claimed it compromised their works in the same group exhibition. Buren was invited back in 2005, creating a reflective tower that reached the roof of the rotunda, accentuating the powerful architectural features of Frank Lloyd-Wright’s iconic building while placing no works along the ascending ramp with the exception of the projection of coloured sunlight.

Buren’s major public interventions can now be seen worldwide at locations including The Palais-Royal in Paris; Odaïba Bay, Tokyo and the Ministry of Labour, Berlin.  Few artists are invited as regularly to take part in major international exhibitions as Daniel Buren. He was invited three times to Documenta in Kassel and more than ten times to the Venice Biennale, being awarded the Golden Lion in 1986. Recent exhibitions include a work in situ commissioned for the opening of Turner Contemporary, Margate and his large scale retrospective of works in situ, a joint initiative between Mudam, Luxembourg and Centre Pompidou Metz, France. Buren has been commissioned to create a new permanent installation for the Oxford Street entrance and ticket hall at the upgraded Tottenham Court Road tube station, to be completed in 2016. 200,000 passengers will pass the work each day. 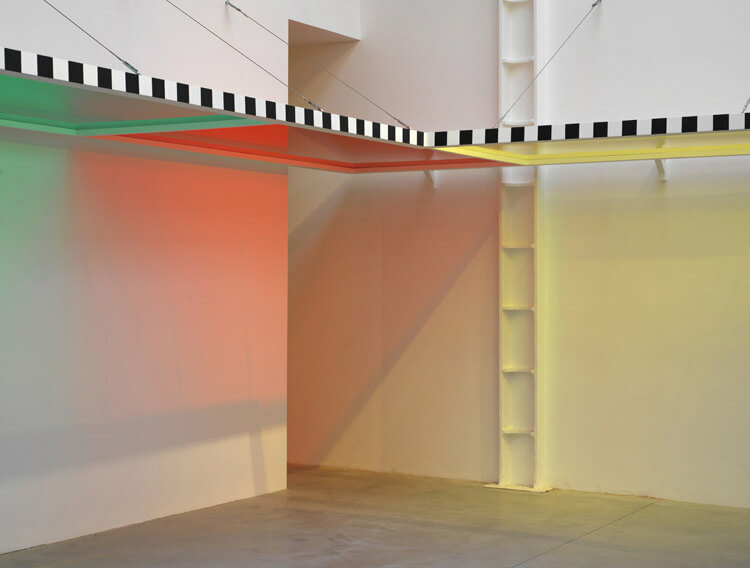 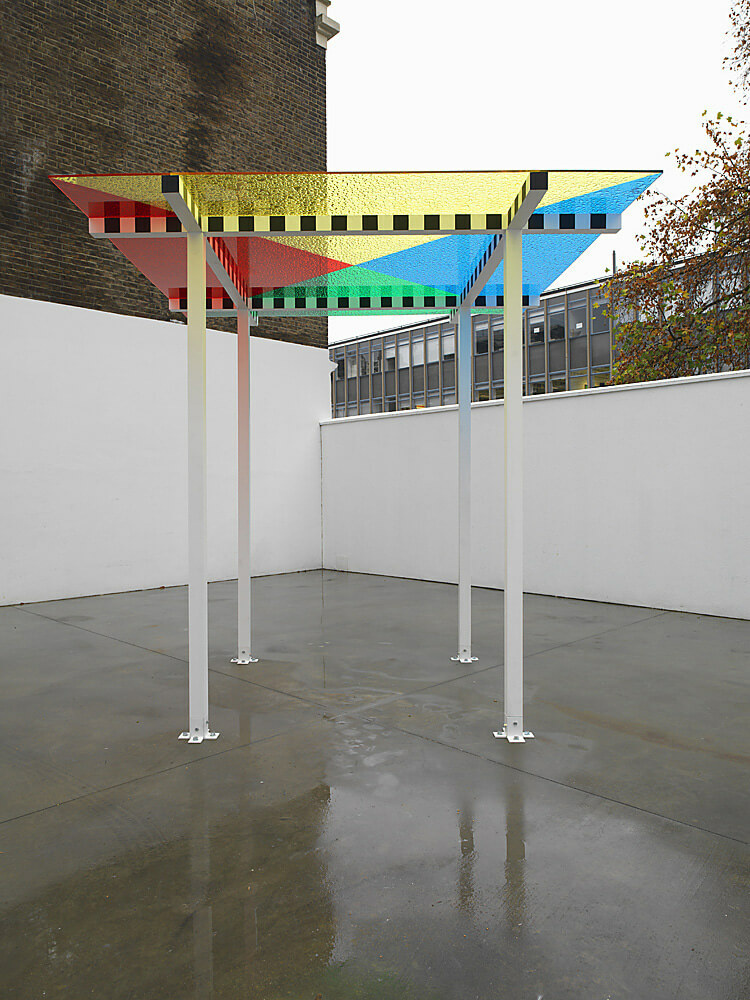 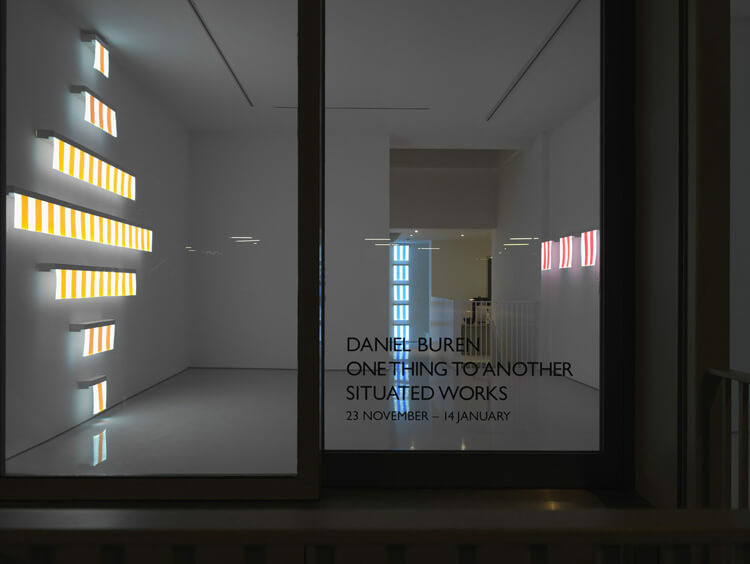 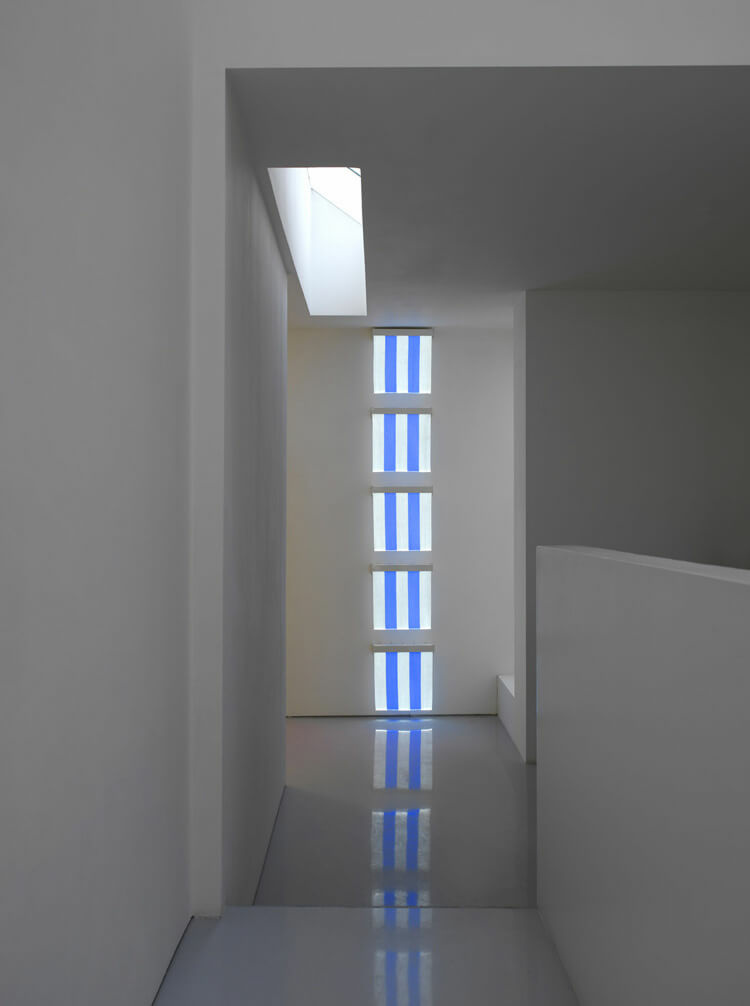