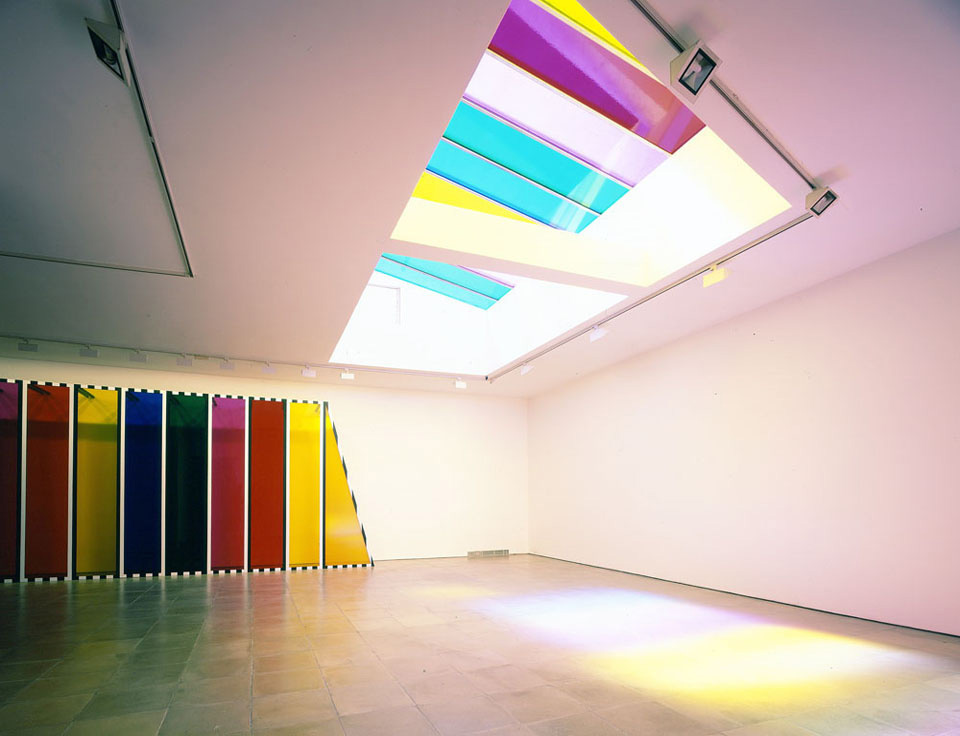 Daniel Buren is France’s most celebrated and influential living artist. This is Buren’s first solo show in London since 1987, when he realised a major installation for the Serpentine Gallery and surrounding park. For this exhibition Buren will create a series of new works conceived for the two spaces of the Lisson Gallery at 29 and 52-54 Bell Street. The work will transform the usual aspect of the galleries, while drawing attention to role they play in the presentation and reception of art. Buren’s most recent solo shows include the Guggenheim in New York in 2005 (an installation image from the show is illustrated above), and the Centre Pompidou, Paris, in 2002.

All of Buren’s work is conceived for a specific site. His interventions are works in situ that appropriate and colour the space, and are the result of its particular architecture. These works question how we look and perceive and reveal the social characteristics and physical aspects of a space. Renowned since the mid- 1960s for his works founded in stripes, since the mid-70s Buren has been working with many different materials including paper, Plexiglas, aluminium, vinyl and glass; and experimenting with the possibilities of light, colour and reflections.

In 1965 Buren first started making paintings using stripy fabric that he bought in a textile market in Montmartre, pre-printed with alternating bands of white and colour. By reducing painting to its simplest elements – the canvas and its support- Buren was able to explore the physical components of the work and point to the ideological context in which its meaning is made. Buren is also interested in the physical context in which work is shown, and in the late 60s he began setting up hundreds of striped posters around Paris and later in more than 100 metro stations, drawing public attention through his unauthorised acts. Buren has continued to use stripes of fixed width, alternating between white and colour, in a huge variety of different contexts and media including paper, fabric and flowers to create dramatic and challenging interventions and installations in public spaces and museums around the world, including Les Deux Plateaux in 1986, a huge and controversial installation in the classical courtyard of the Palais- Royal in Paris. Buren’s works continue to explore the role and function of the artist, the limits and context of the practice of painting and sculpture, and the relationship between art and the structures that frame it, including the physical environment.

Daniel Buren was born in Boulogne-Billancourt, near Paris, in 1938. He had his first important solo exhibition at the Galleria Apollinaire in Milan in 1968, where he blocked the gallery entrance with a striped support. In the 1970s and 1980s he presented exhibitions worldwide, including representing France at the Venice Biennale in 1986 where he won the Golden Lion. In December 2006 Buren won the competition to make a new major project for the iconic ‘Puente de La Salve’ bridge next to the Guggenheim Museum in Bilbao while, in February 2007, the

Fabre museum in Montpellier re-opened with a new permanent commission. For the 52nd Venice Biennale Buren is creating a new site-specific work for the Giardini of the Italian Pavilion, and is curator of Sophie Calle’s contribution to the French Pavilion.

The exhibition will be accompanied by an illustrated catalogue with a new essay by curator and writer, Clare Doherty. 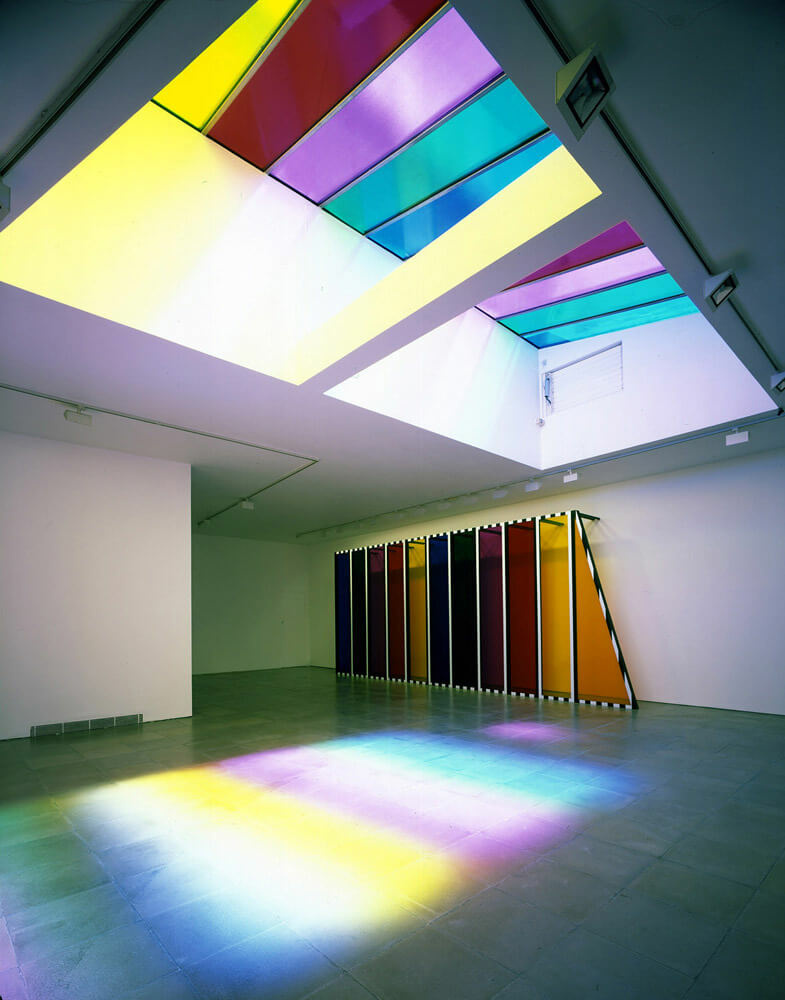 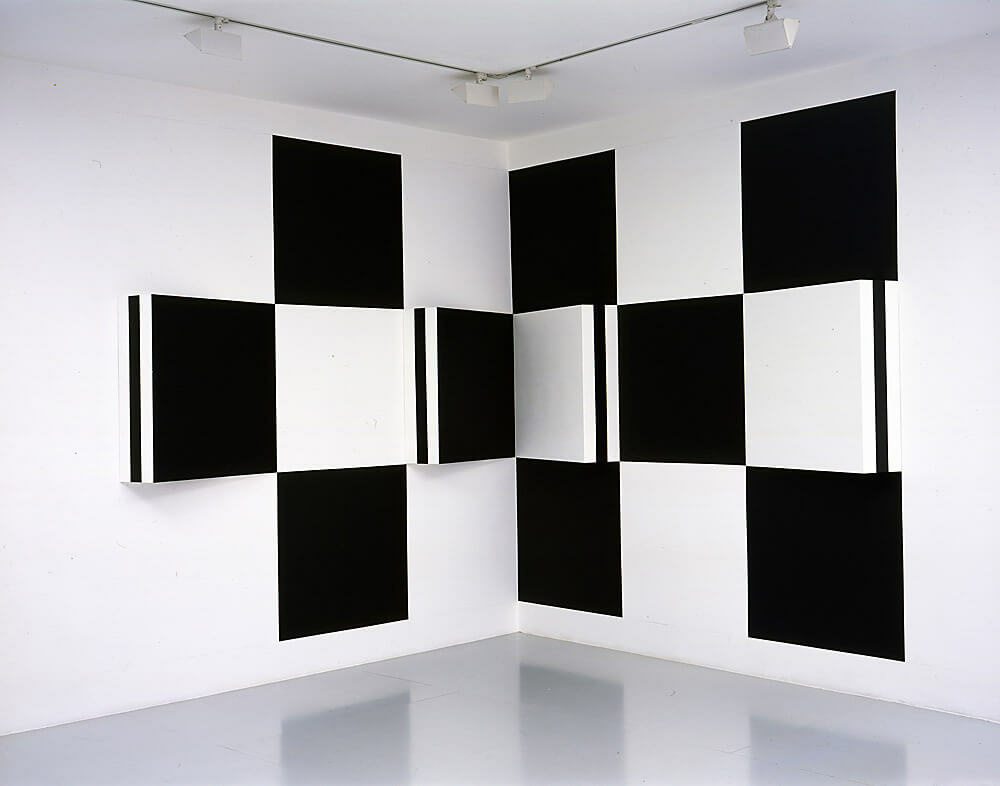 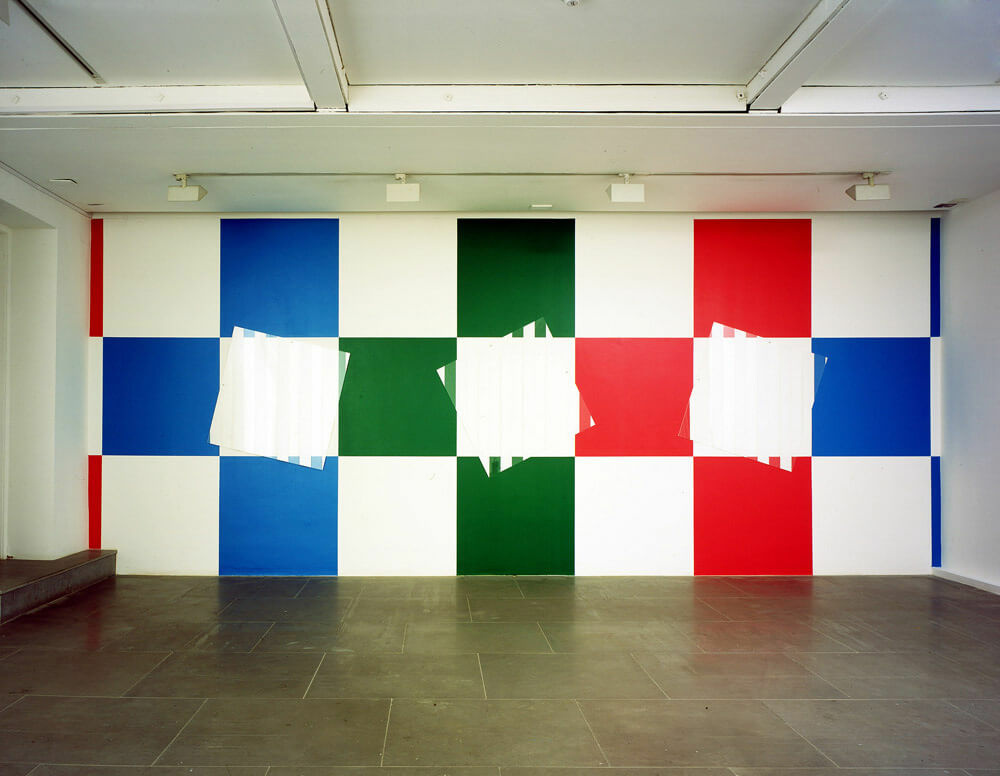