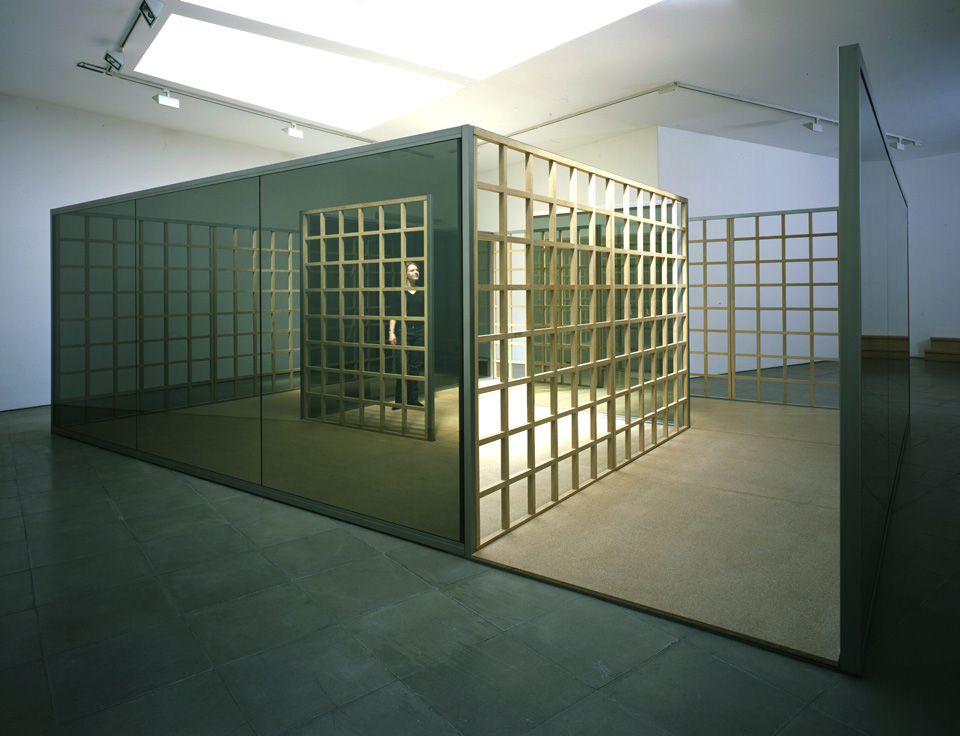 Lisson Gallery is pleased to announce the sixth solo exhibition of Dan Graham in London since his first show in 1972. Dan Graham is one of the heroic artists from the late 1960s who first began to investigate the relationship between architectural environments and those who inhabit them. His very personal and intuitive exploration of architectural space and perception is defined by his glass structures or pavilions, models, photographs and video works.

Graham's work has always involved the voyeuristic act of seeing oneself reflected at the same time as watching others, and an awareness of this dual perception amidst a constantly changing natural landscape. Dan Graham has described the broad practice of his work as "geometric forms inhabited and activated by the presence of the viewer, [producing] a sense of uneasiness and psychological alienation through a constant play between feelings of inclusion and exclusion."

In his own words, Dan Graham has described his "proposed pavilions in two way mirror glass and conventional transparent glass as mimicking the condition of architecture in the city from which suburban arcadia sees itself in a dialectical and utopian retreat. They simultaneously evoke the historical precedent of garden pavilion forms from the Renaissance and Rococo fabriqués in Western garden art to the Chinese garden pavilions, which used circular open portals and windows."

The exhibition will include two of these full scale outdoor pavilions, Triangular Pavilion with Circular Cut Outs and the Greek Cross both of which encourage active participation. Viewers are expected to walk in and out of the pavilions observing both themselves and the reflections around them. The Greek Cross will be a six by eight metre labyrinthine structure composed of wooden shoji screens and large two way mirror reflective glass walls.

Among the four models that will be shown are Swimming Pool / Fish Pond, a project in which a swimming pool and an aquarium would occupy adjacent spaces; and Portal which was proposed as a portal for a late 1990s airport hotel. The sides are curved two way mirror glass that is concave on the inside. Potential spectators passing through the pavilion would see enlarged views of their own bodies as well as reflected views of the skyscape and the surrounding city.

Also included in the exhibition will be the Lisa Bruce Boutique Design of 1997, a recent development in which Dan Graham has been testing his approach with functional store front shop design.

The exhibition will have a dedicated video screening area presenting a selection of video performances and tapes as well as a daily screening at noon of Rock My Religion. This seminal film charts the history of Rock and Roll music from its origins in the 'reeling and rocking' and 'speaking in tongues' of the early

American Shaker communities to rock music's promotion of sexual freedom in the 1950s and 60s which was based on the futility of deferred pleasure and a disavowal of the regime of work and technology produced by the threat of the nuclear bomb. 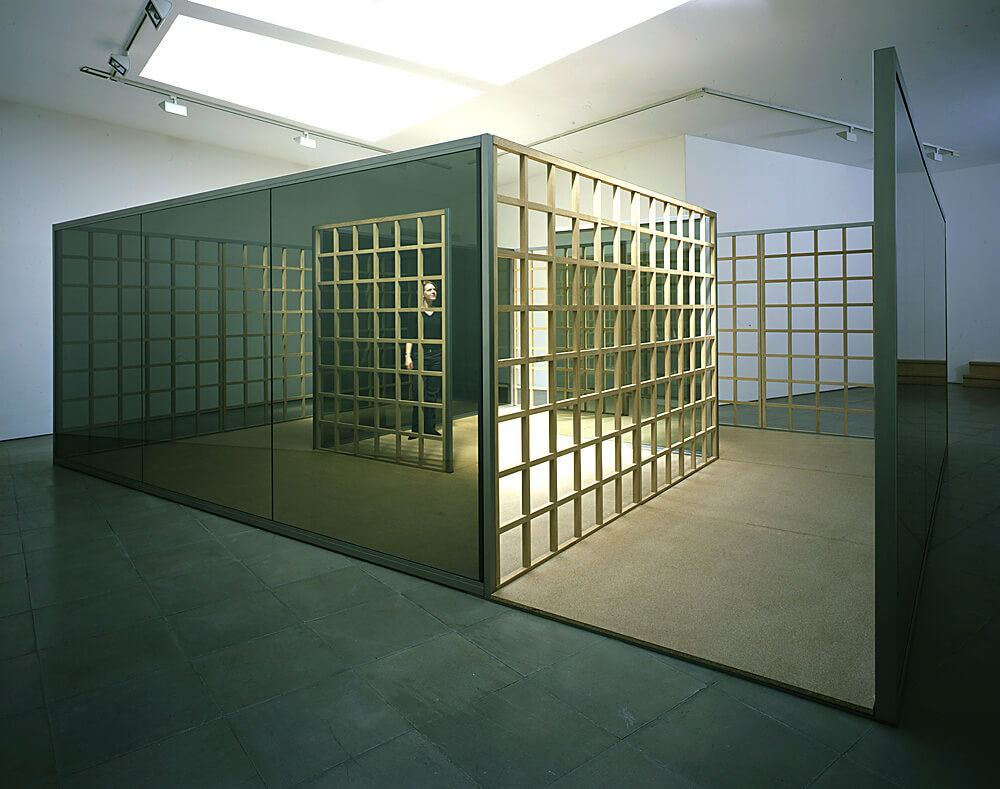 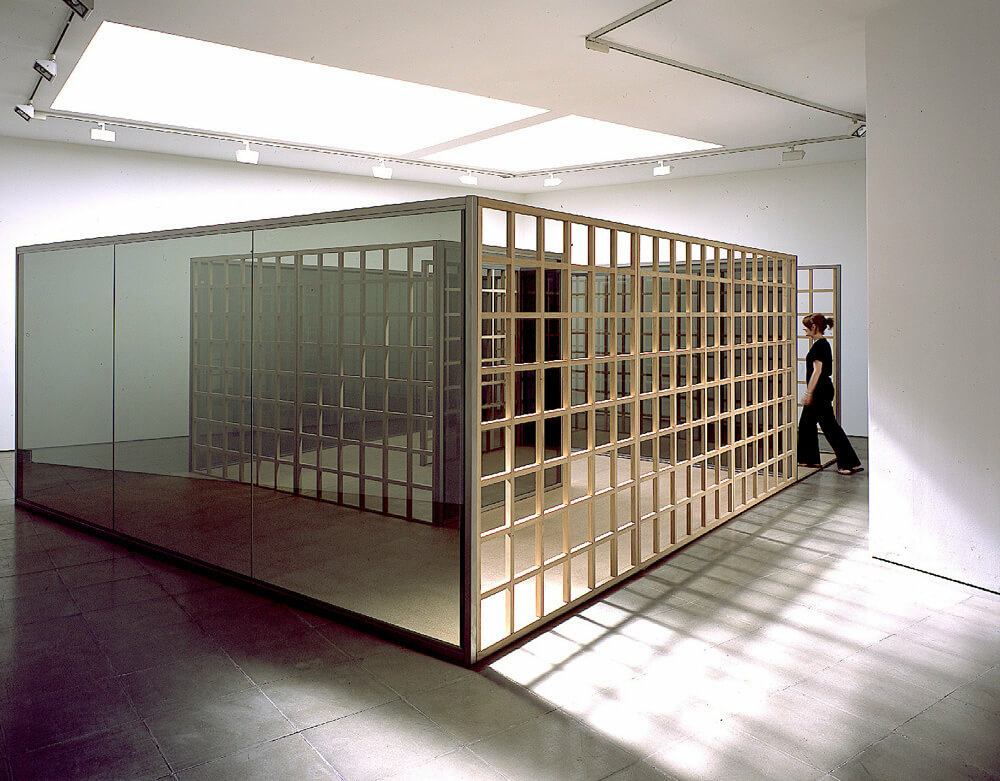 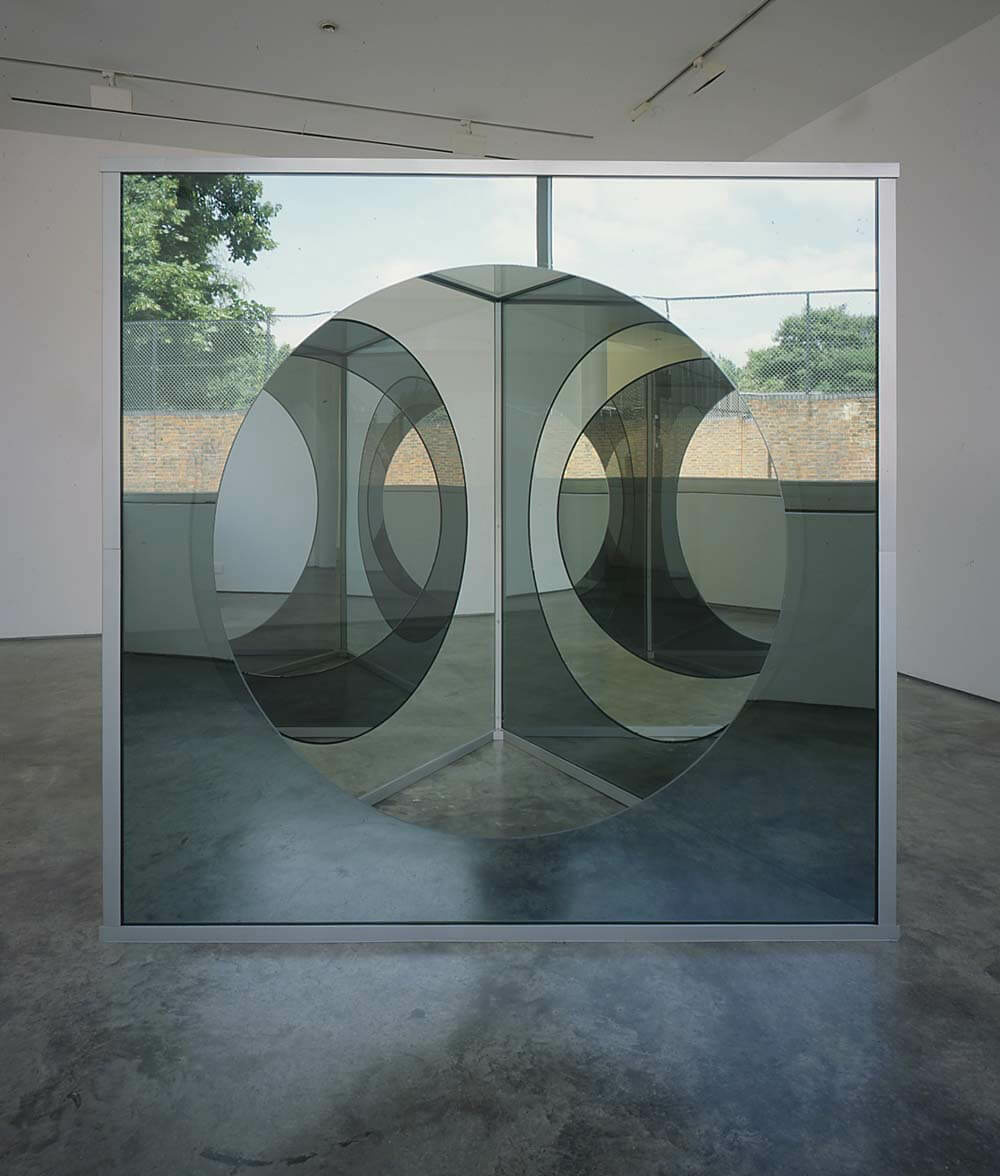