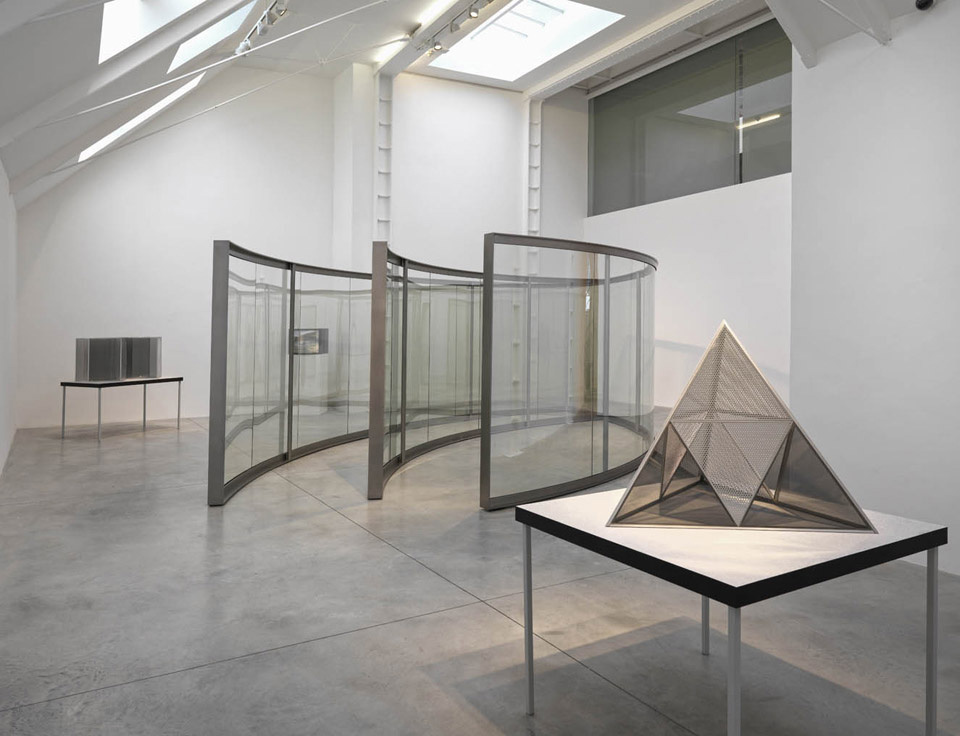 Lisson Gallery is pleased to announce a show of new pavilions and pavilion models by Dan Graham. One of the world's most influential conceptual artists, Graham has been investigating the relationship between architectural environments and those who inhabit them since the late 1960s. His very personal and intuitive exploration of architectural space and perception has come to be defined by his pavilions.

Blurring the line between art and architecture, Graham's pavilions comprise steel, mirror and glass structures that create diverse optical effects. Created as hybrids, they operate as quasi-functional spaces and art installations. Studies of space and light, they are situated in public spaces and are activated by the presence of the viewer.

Rigorously conceptual, uniquely beautiful and avowedly public, the pavilions exhibit a deliberate disorientation and playfulness that Graham encourages. After looking at office buildings in the 1980s he began using the same two-way mirror glass used in their construction to create the pavilions. A material that is both transparent and reflective it enabled Graham to deconstruct the surveillance aspect of the material, creating light-hearted situations out of potentially sinister ones; using humour to subvert corporate culture.

Viewers are involved in the voyeuristic act of seeing oneself reflected, while at the same time watching others. Whilst giving people a sense of themselves in space it can also result in loss of self as the viewer is momentarily unable to determine the difference between the physical reality and the reflection. The architecture of the pavilions results in a shift in perceptions; outside to the inside, focus and dissolution, the virtual and the real.

On the occasion of this exhibition, Lisson Gallery has published a catalogue of Dan Graham's not yet realised pavilion drawings with an essay by Brian Hatton. 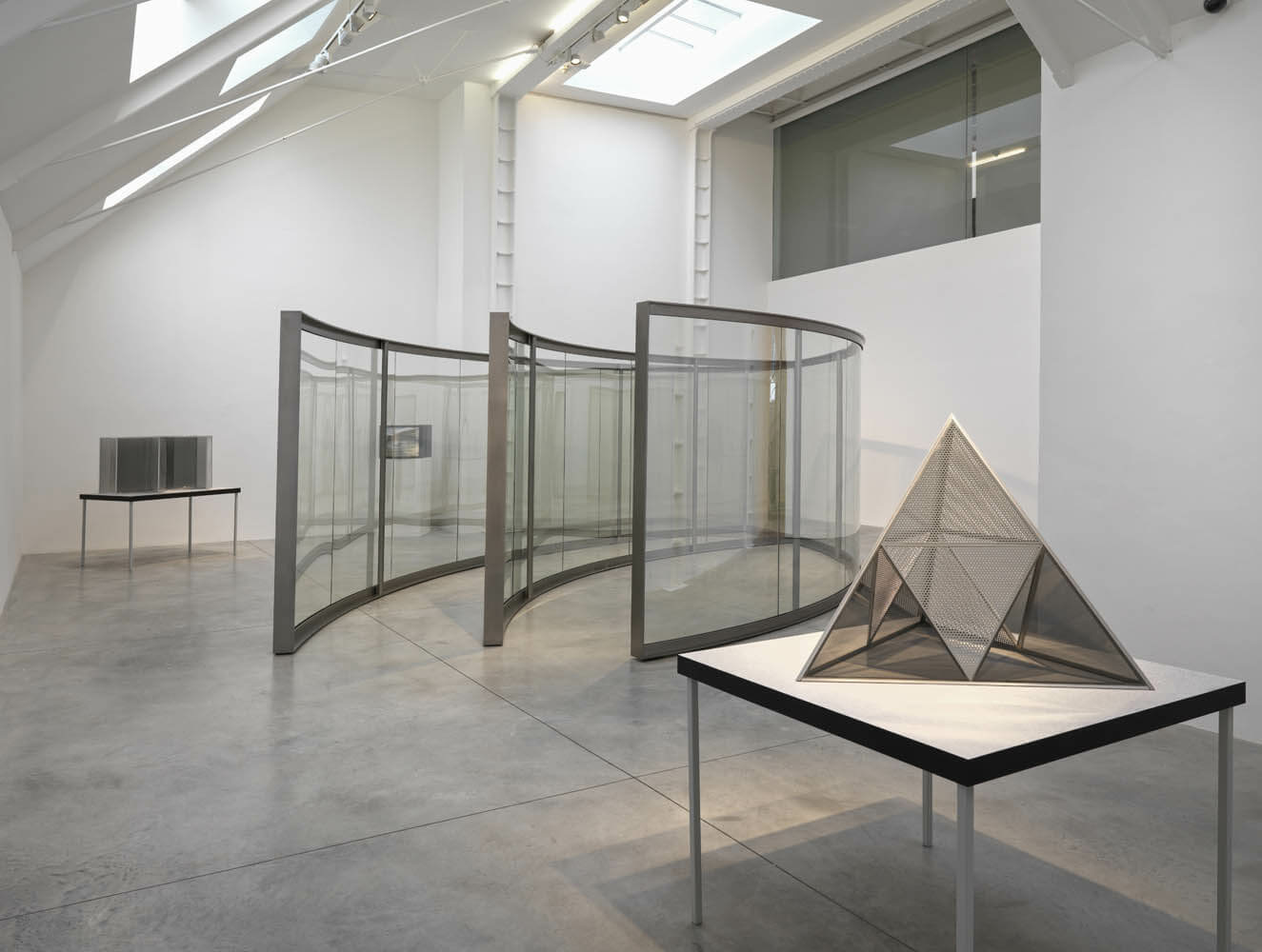 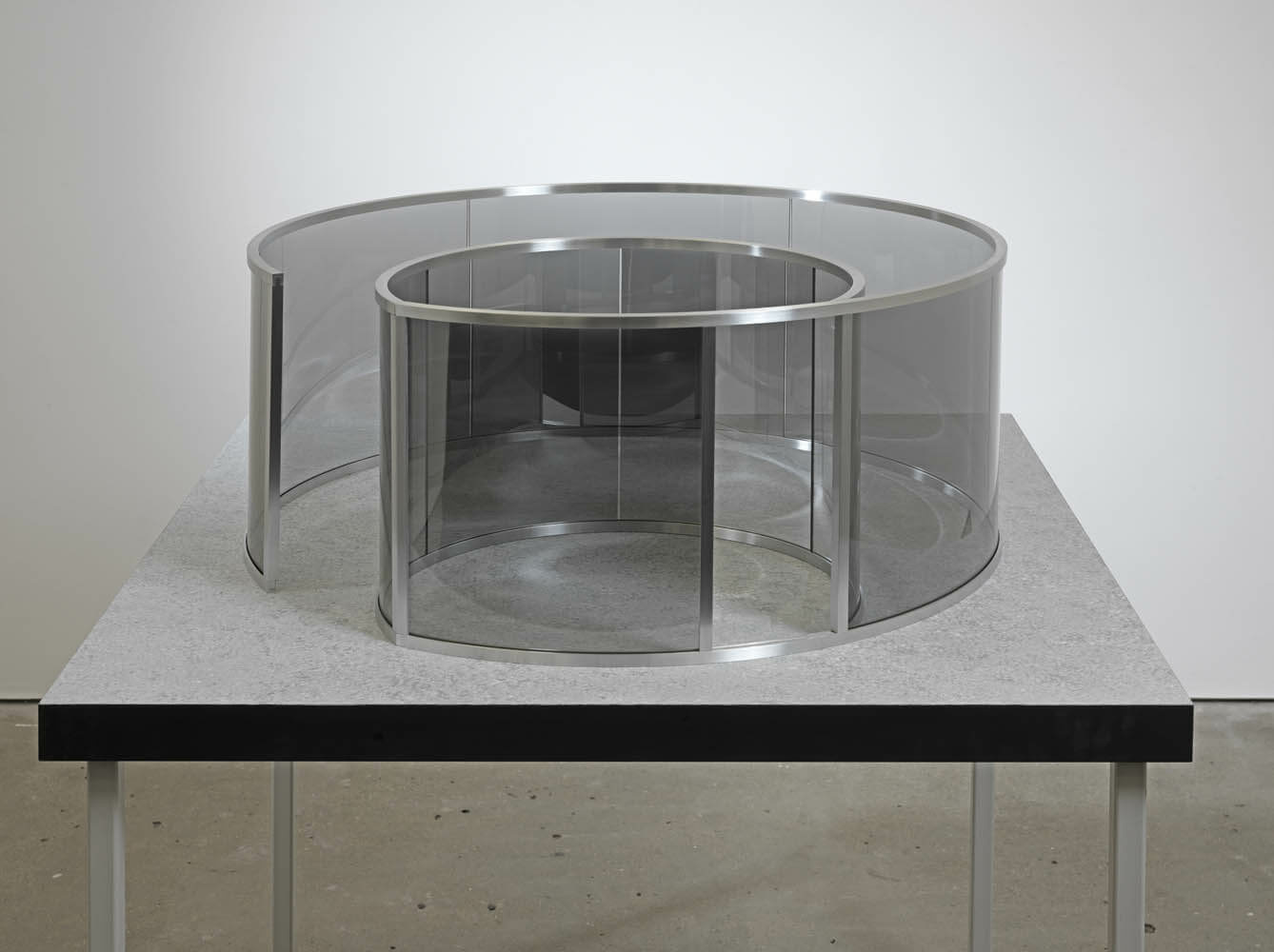 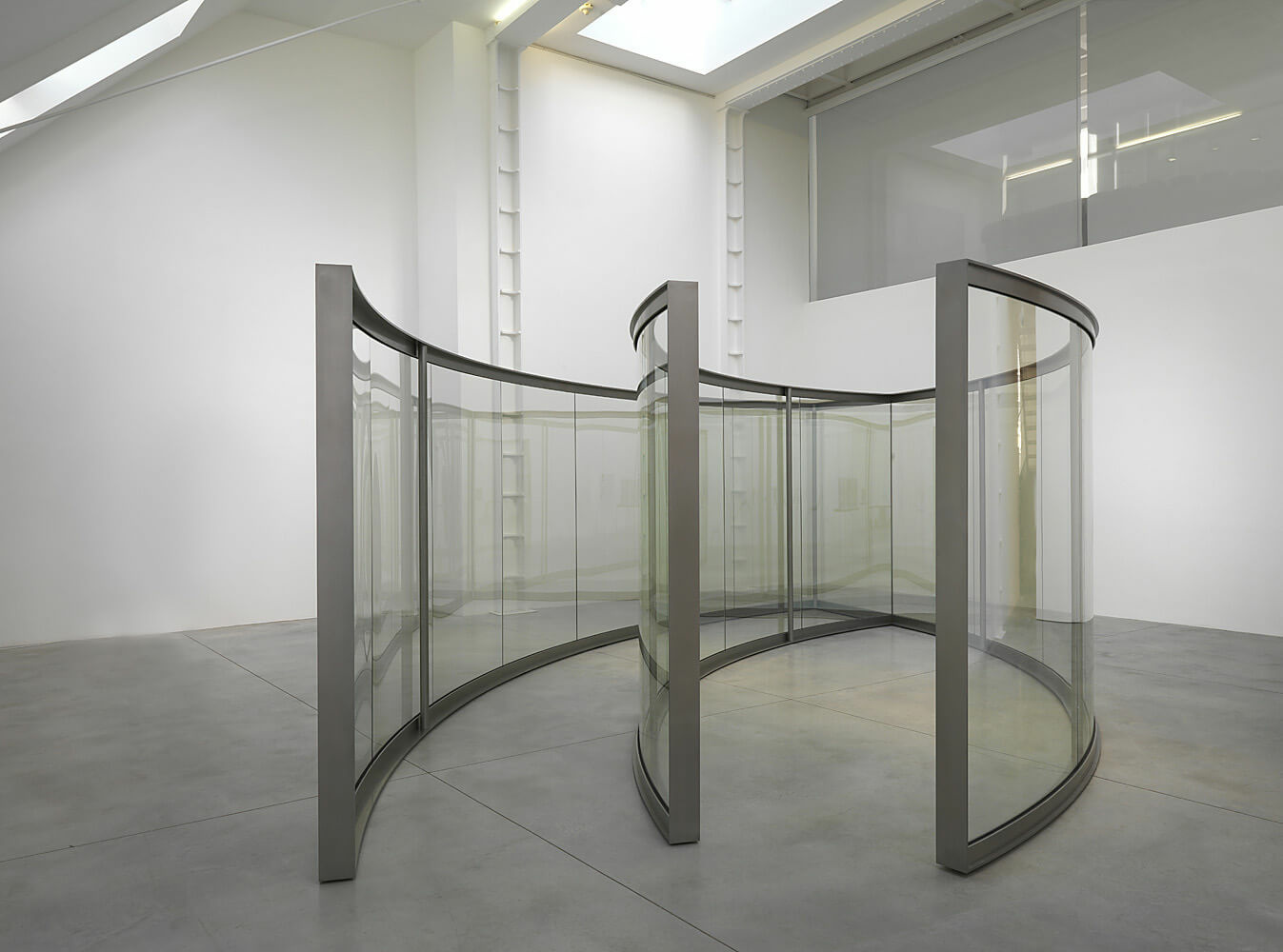 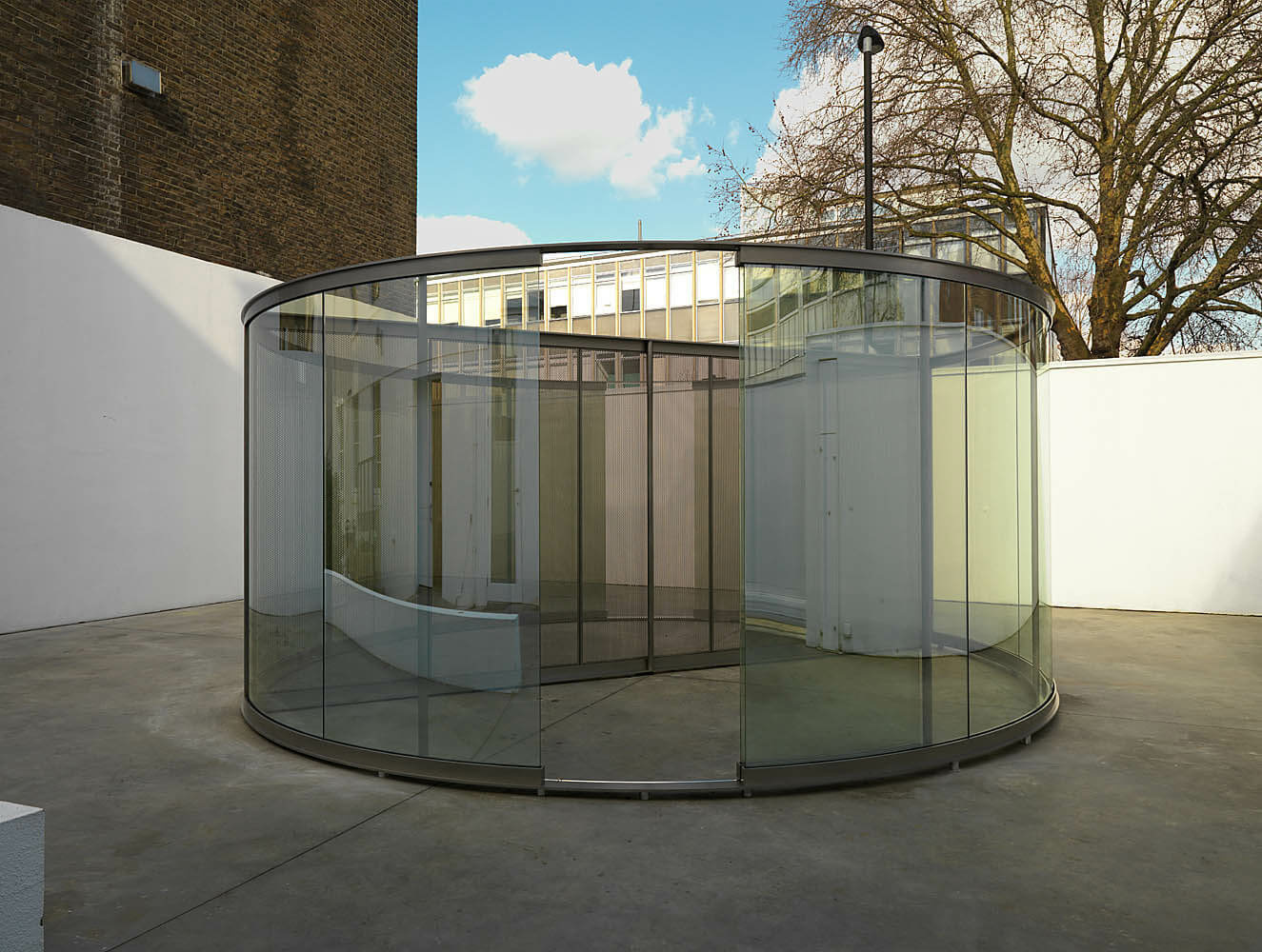 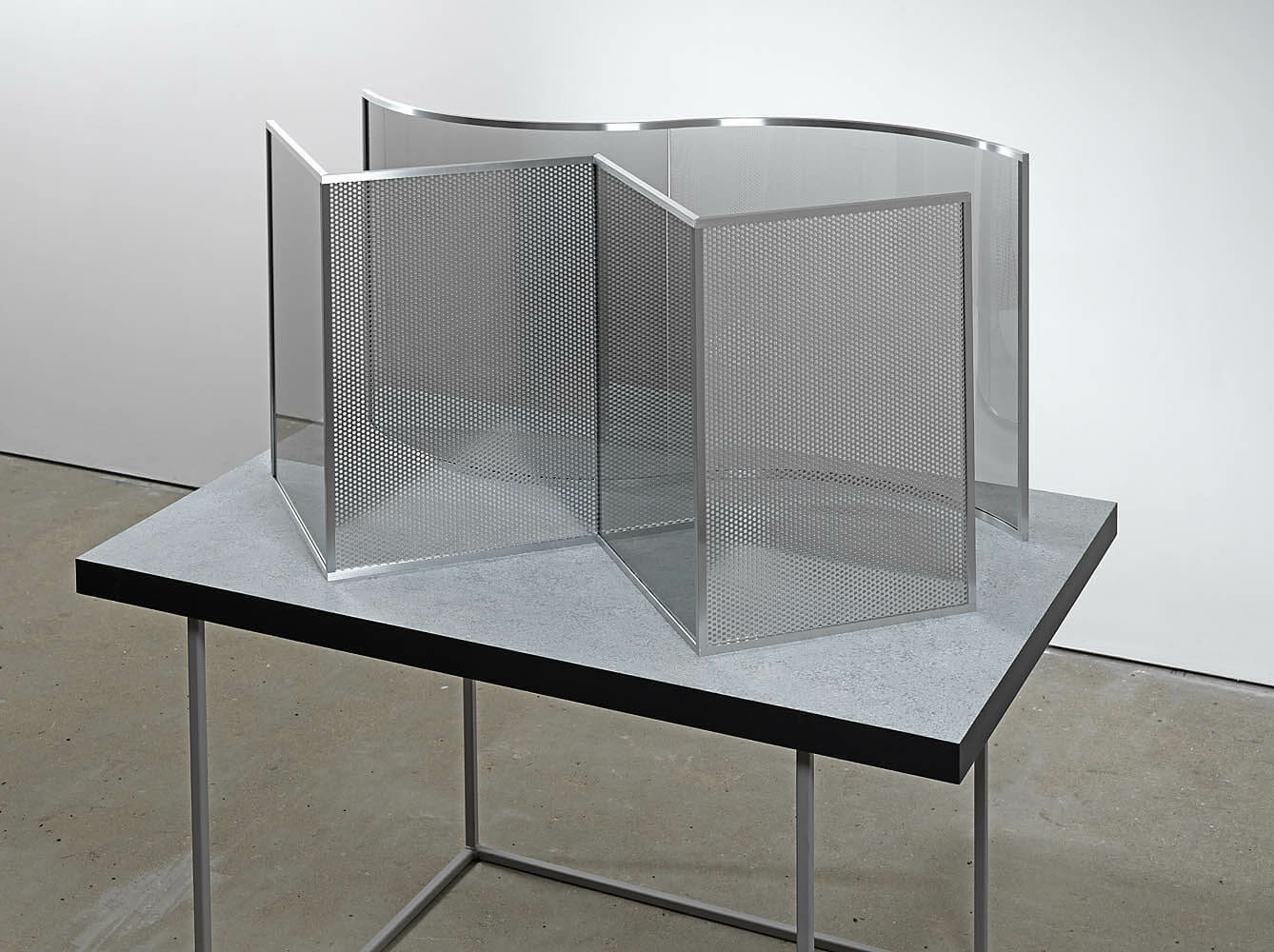 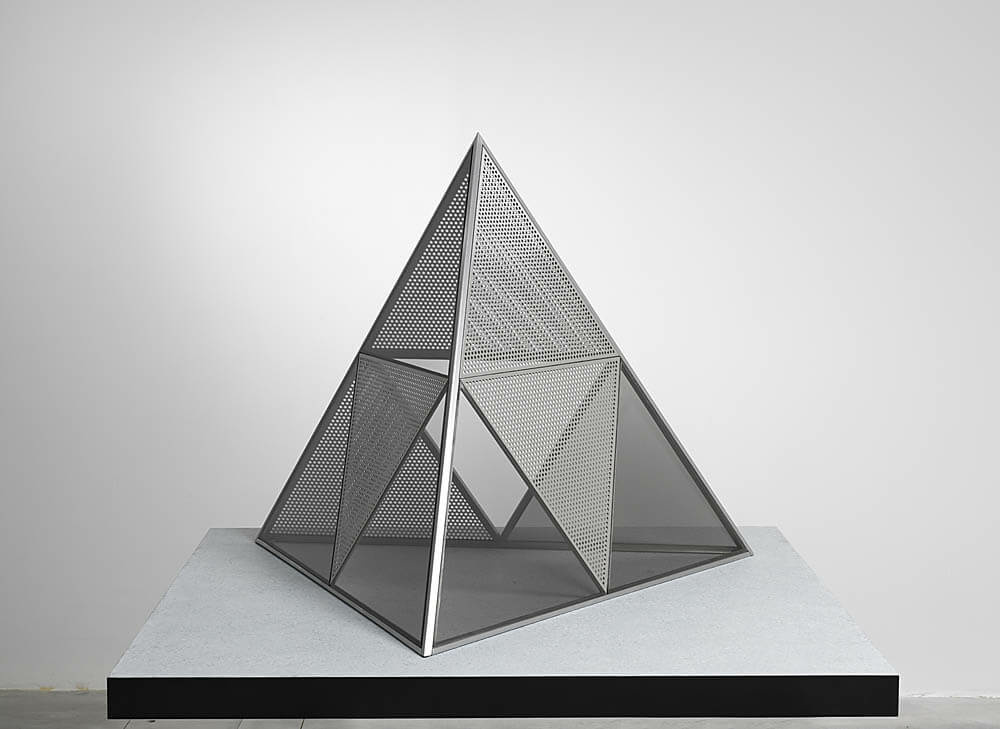