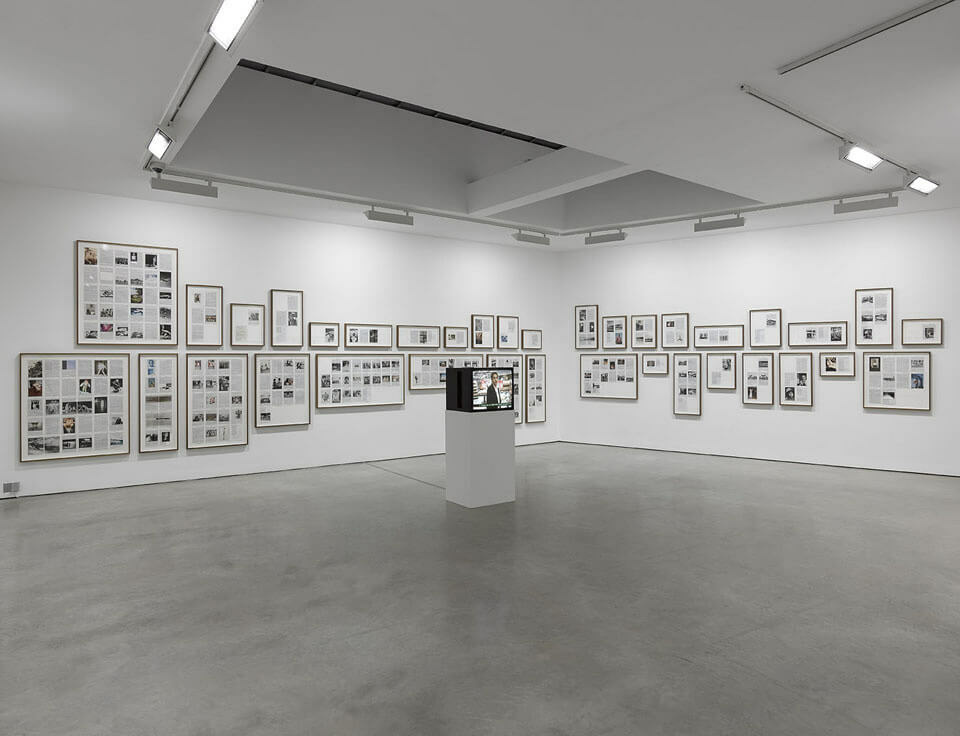 Beginning at the crossroads between Central and Eastern Asia, Liu Xiaodong’s Hotan Project (2012-13) depicts Muslim locals of the Xinjiang province digging for rare jade deposits in the notorious opencast mines and devastated landscapes of one of China’s most remote and politically tense regions. Painting from life over a period of two months spent with the jade miners, Liu’s “dirtily realistic” (according to curator Hou Hanru) monumental canvas, East, one of a quartet, captures the disenfranchised Uygur people eking out their living through transactions of precious stones with the ruling Han Chinese. Further along the Silk Road, across the border into Pakistan, is where Rashid Rana’s Red Carpet (2008) originates, although his transliteration of a traditional, mystical and ritualistic Persian rug is disconcertingly woven out of a digital micro-mosaic of gory images of bloodied goats, culled at abattoirs in Lahore.

Sacred and profane meet to devastating effect in Adam Broomberg and Oliver Chanarin’s installation, Divine Violence (2013), an entire set of 57 framed works containing their modified King James Bible – its holy texts interspersed and overlaid with photographs from the Archive of Modern Conflict, a container for historic and contemporary images of war, human suffering and anonymous terror. After discovering Bertolt Brecht’s own, heavily annotated bible, Broomberg & Chanarin underlined salient passages in each chapter, somehow colluding with their collaged finds to relay the messages of God as those of some terrible, omnipotent governor.

Further catastrophe and retribution is meted out in Allora and Calzadilla’s 20-minute film, The Bell, the Digger, and the Tropical Pharmacy (2013), which shows the demolition of an industrial building by a digger, armed with a cast-iron bell rather than a wrecking ball. The spectacular demise of the controversial GlaxoSmithKline drugs plant in Cidra, Puerto Rico – which was closed after a contamination incident highlighted by a whistle-blower – is both seen and heard as the church bell smashes through interior walls, leaving a resonant score in the wake of its destructive force. 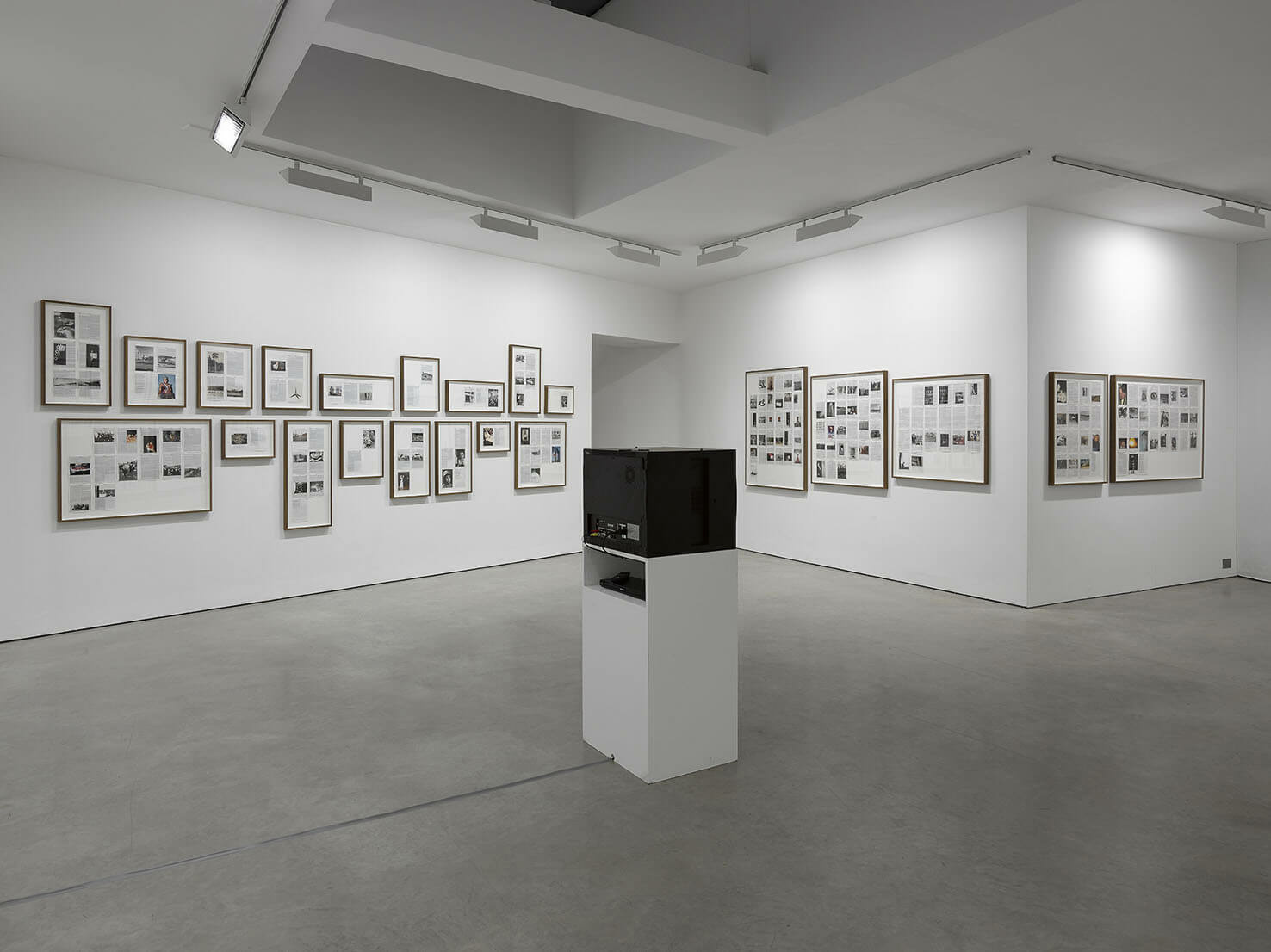 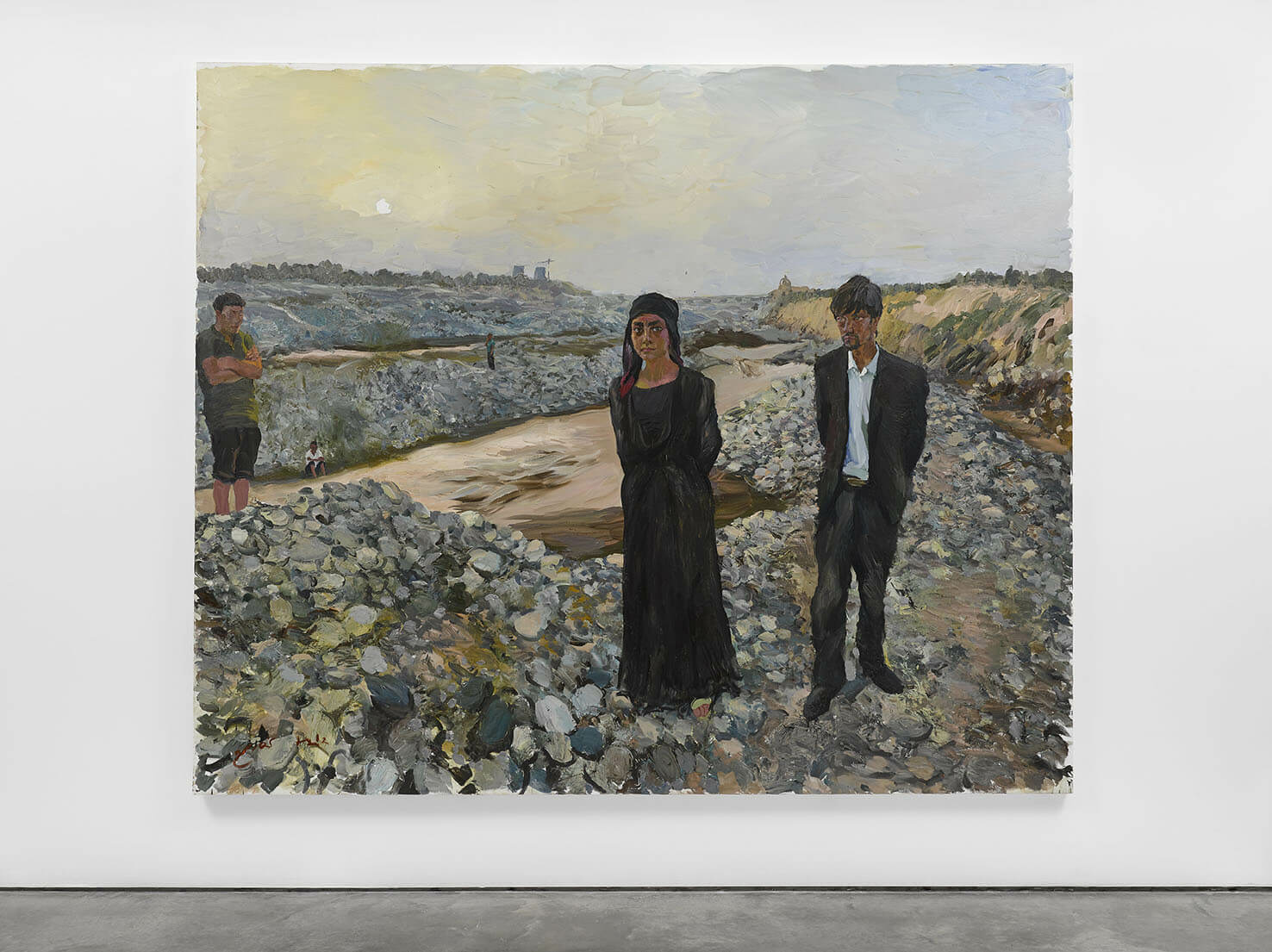 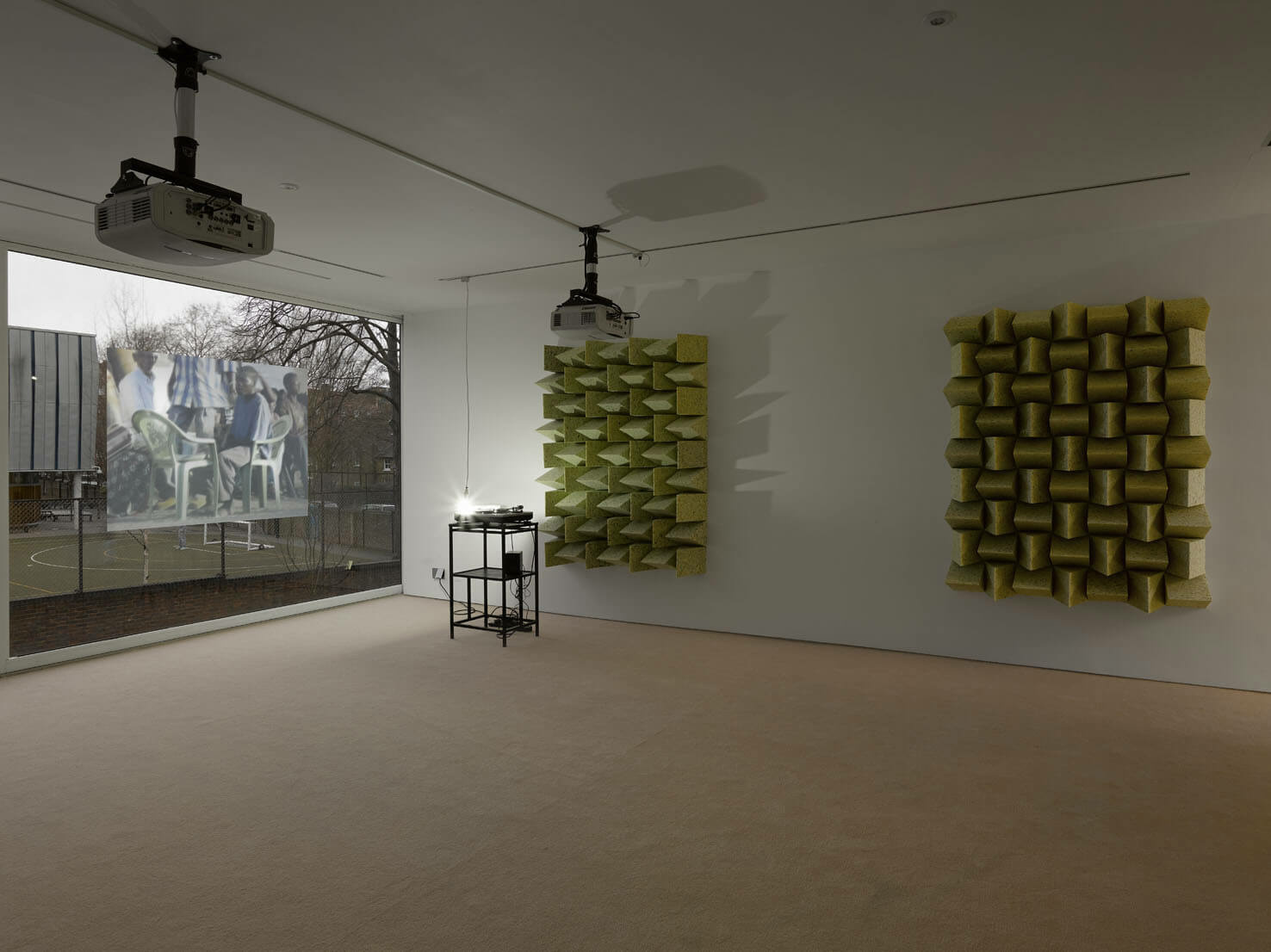 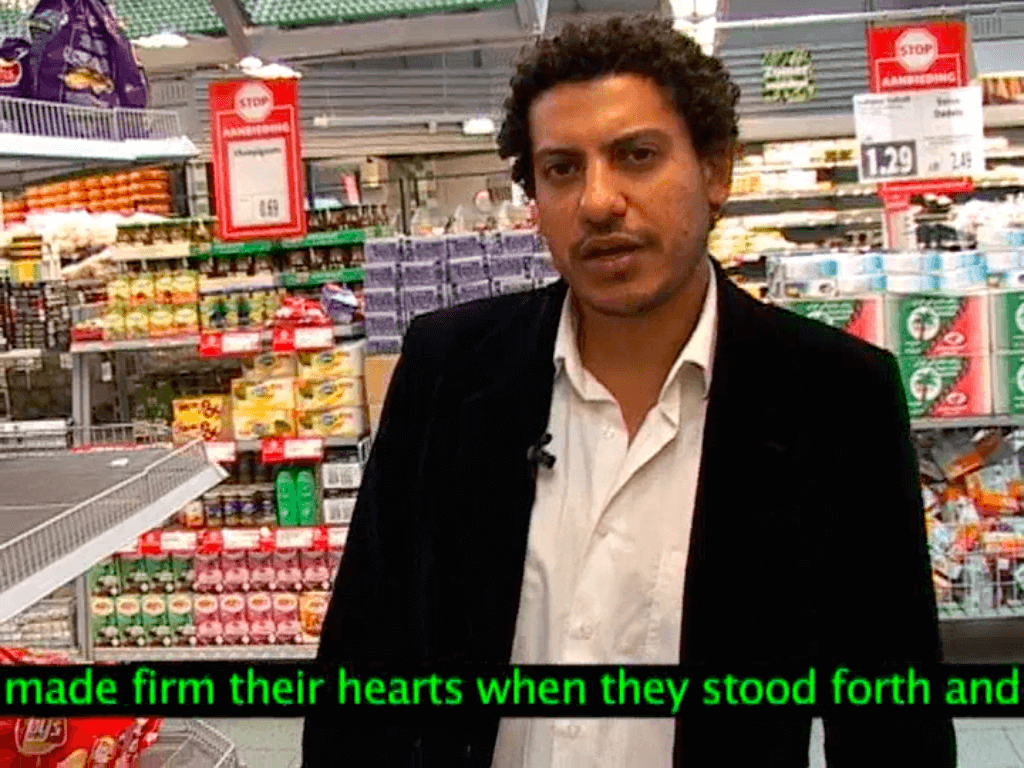 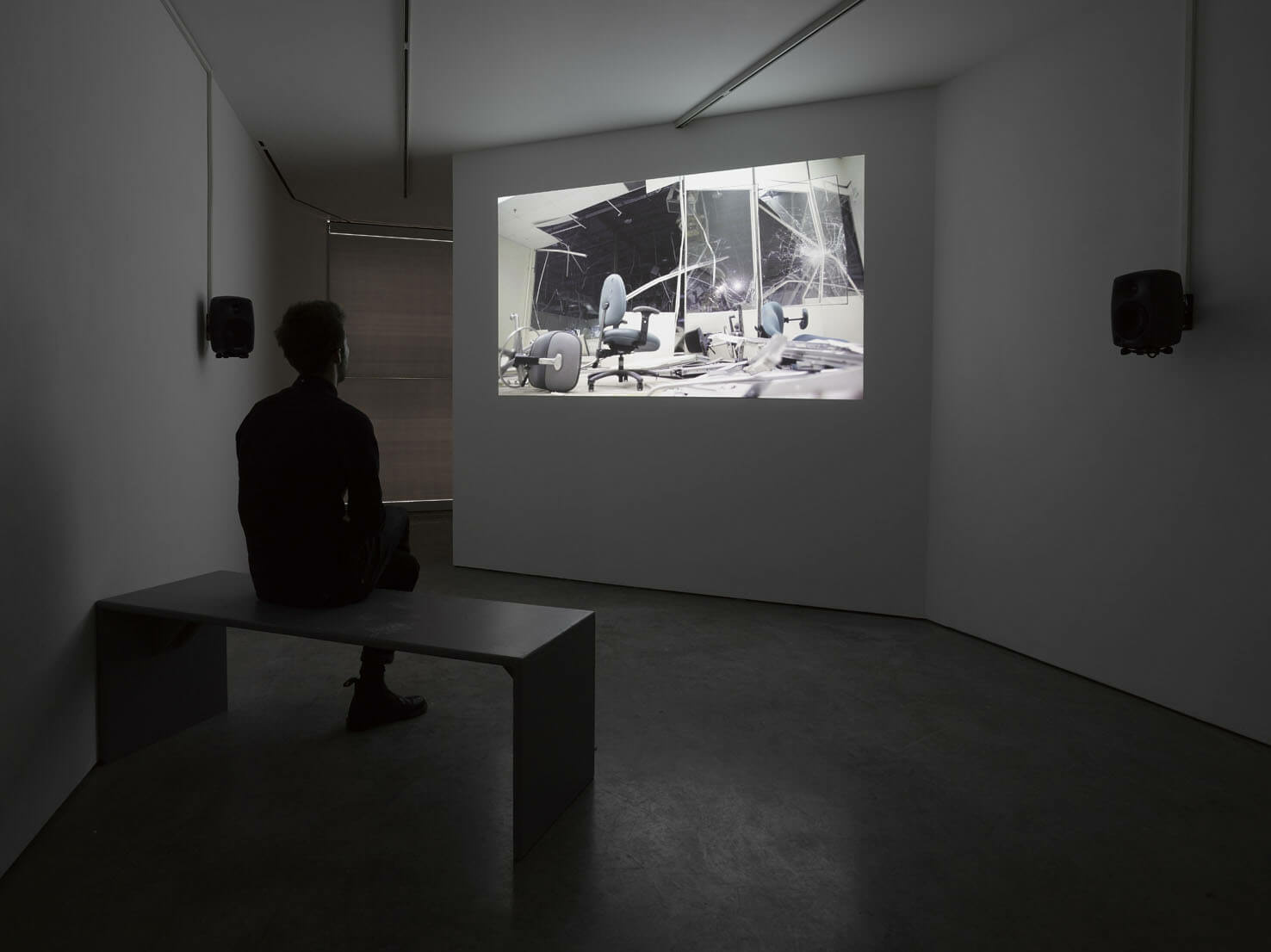 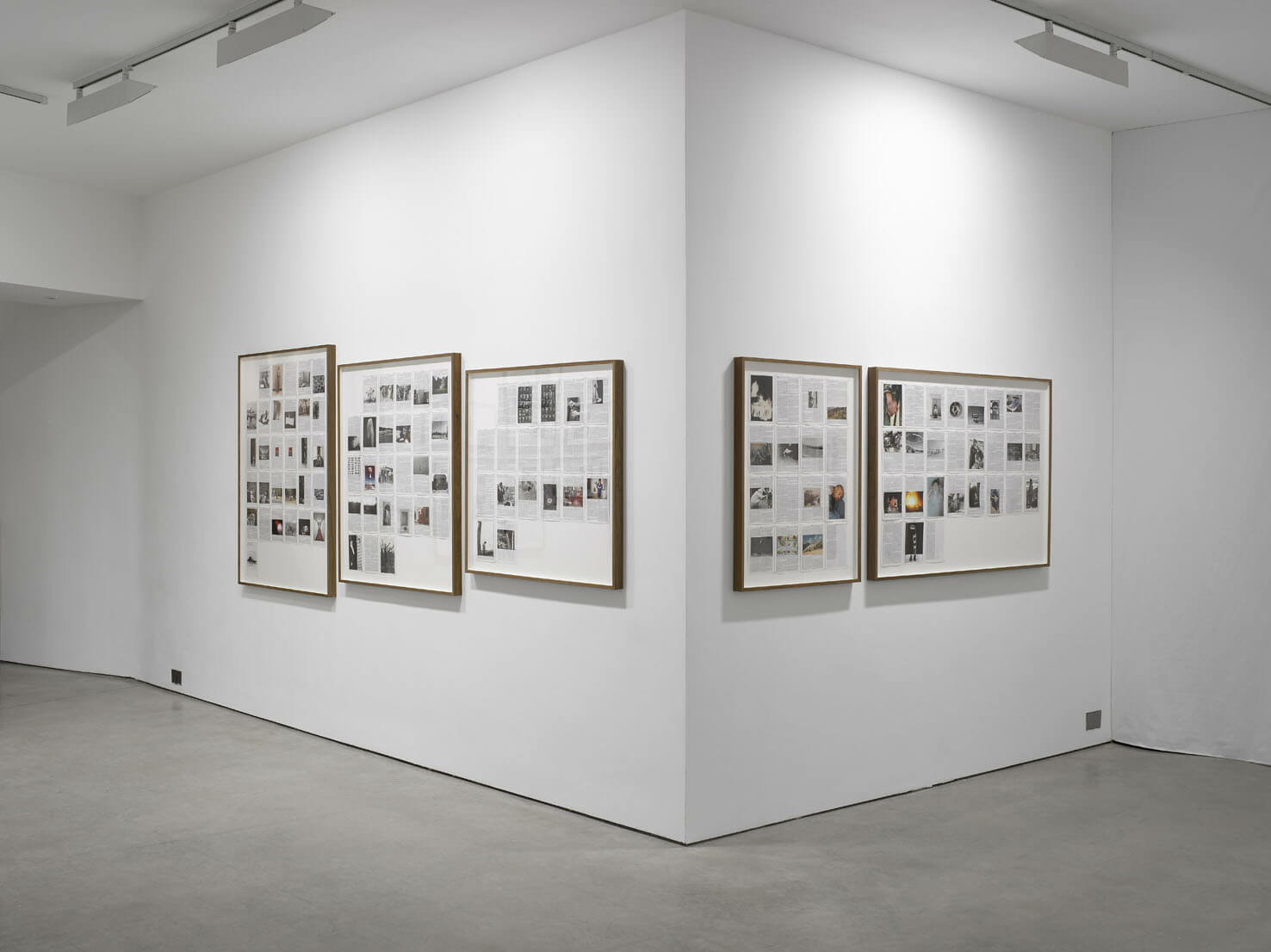