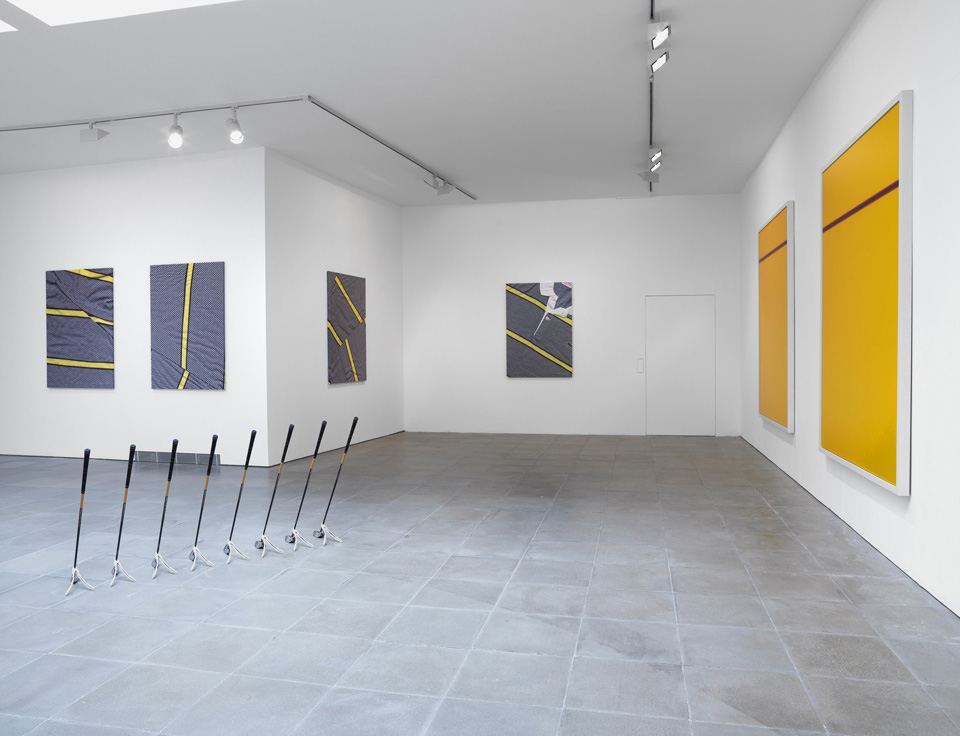 Arcangel will present works previously unseen in the UK, demonstrating new themes and articulating the wide range of his practice, following on from his large installation, Beat the Champ, in February at The Barbican, London, and a solo show entitled Pro Tools which opened in May 2011 at The Whitney Museum of American Art, New York.

Speakers Going Hammer – a phrase used for describing speakers pushing too much bass – takes its title from the single by rap artist and Youtube sensation, Soulja Boy. In the exhibition Arcangel looks at popular culture and celebrates the cycles of taste which dictate the high-tech, the forlorn, the passé, and the soon to be passé. He highlights increasingly brief lifespans of technology, fashion and media, blending high and low production techniques in the creative process.

Arcangel consistently challenges the delineation of authorship; technologically aided processes of production are a central theme in many of the new works at Lisson. Three series of identical graphite drawings of palm trees, a portrait of Bill Clinton, and a nineties Ford Taurus station wagon are created using a now obsolete automated pencil plotter machine, initially programmed by Arcangel quickly drawing onto a digital pad.

Continuing his fascination with repeated failure as a comic tool, Self Playing N64 Courtside 2 is a reprogrammed basketball video game in which Shaquille O'Neal continually misses the hoop in a penalty free throw. The endless failure of Shaq induces an unsettling discomfort; meanwhile the crude, outdated 3D graphics evoke a sense of cultural embarrassment in their amateur-kitsch quality.  This in conjunction with the viewer's inability to intervene leads one to the inevitable conclusion of comical error and exhaustion.

Returning to the Photoshop gradient tool to generate images with only one click of a mouse, Arcangel offers the instructions within the title of each work, as if inviting the viewer to repeat the simple process, yet then reproduces each work through less accessible means – chromogenic prints. The group of Photoshop Gradients on view at the gallery are the first large scale works to be created as a complete group or series and all have similar format and repeated colour palette.

Evoking the spirit of the De Stijl movement, he finds pictorial harmony on canvas with Timeless Standards, ultra-high resolution close-up scans of limited edition striped Lacoste polo shirts which appear as perfectly balanced, semi-abstract images that dissociate line and colour. Making subtle reference to pop, abstraction and silk-screening processes, the works are all and none of these simultaneously.

Real Taste, on the other hand, represents Arcangel’s recent move towards more allusive works, which appeal to senses such as smell and touch, using a vaporiser to fill the gallery with the vapour of Diet Sprite.

This same spirit of immateriality is presented in Forward Attitudes, this time through sound. An Old Navy ‘Techno Hoodie’ (the drawstrings of which double as earphones) hangs on a garment rack while blasting out of the tiny speakers in the earphones is a Steely Dan track, chosen for its distinctive hi-hat pattern. This evokes the experience that everyone has had at some point of overhearing music from someone else’s earphones on the street or public transport.

High-end music production is also a central topic in Since U Been Gone, a series of 14 silk-screen on metallic foil prints, which was exhibited in Arcangel's recent Whitney Museum show Pro Tools. Each trompe-l'oeil print in the series depicts scans of CDs all belonging to a collection tracing a genealogy of the song Since U Been Gone by Kelly Clarkson – produced by current high end L.A. based studio genius Dr. Luke.

Regular Flex is perhaps the rawest use of a readymade in the show. Whereas other readymade objects have been somewhat altered or composed, this set of golf clubs and ‘clips’ remains in its initially intended incarnation. The main focus of this work is in fact not the clubs but the clips, which simply allow you to keep your golf club standing while waiting for others to finish. Golf has been a longstanding interest of the artist – the game is after all played in an artificial simulation of nature.

Additionally included in the show is the sculpture Research in Motion that was also included in Pro Tools. The sculpture uses synchronised ‘Dancing Stands’ typically used as a novel way to display cheap electronics. Here the stands are transformed into a kinetic minimal sculpture, acting both as an homage to Sol Lewitt and a celebration of contemporary kitsch.

Arcangel's artistic practice began in a somewhat unorthodox way, emerging out of his studies as a musician. Many musical influences and performative elements remain important to his work stemming from a core interest in technology-driven popular culture.

New York based Arcangel first gained attention for his hacking and alteration of vintage video games as well as his Internet-based interventions. An evolution towards the appropriation of systems and video imagery began his exploration of mediums of popular culture. This interest in technology has evolved to include tools and systems such as Photoshop, You-tube and Garageband, all of which Arcangel uses in ways that are not their primary or intended function to create often surprising results. 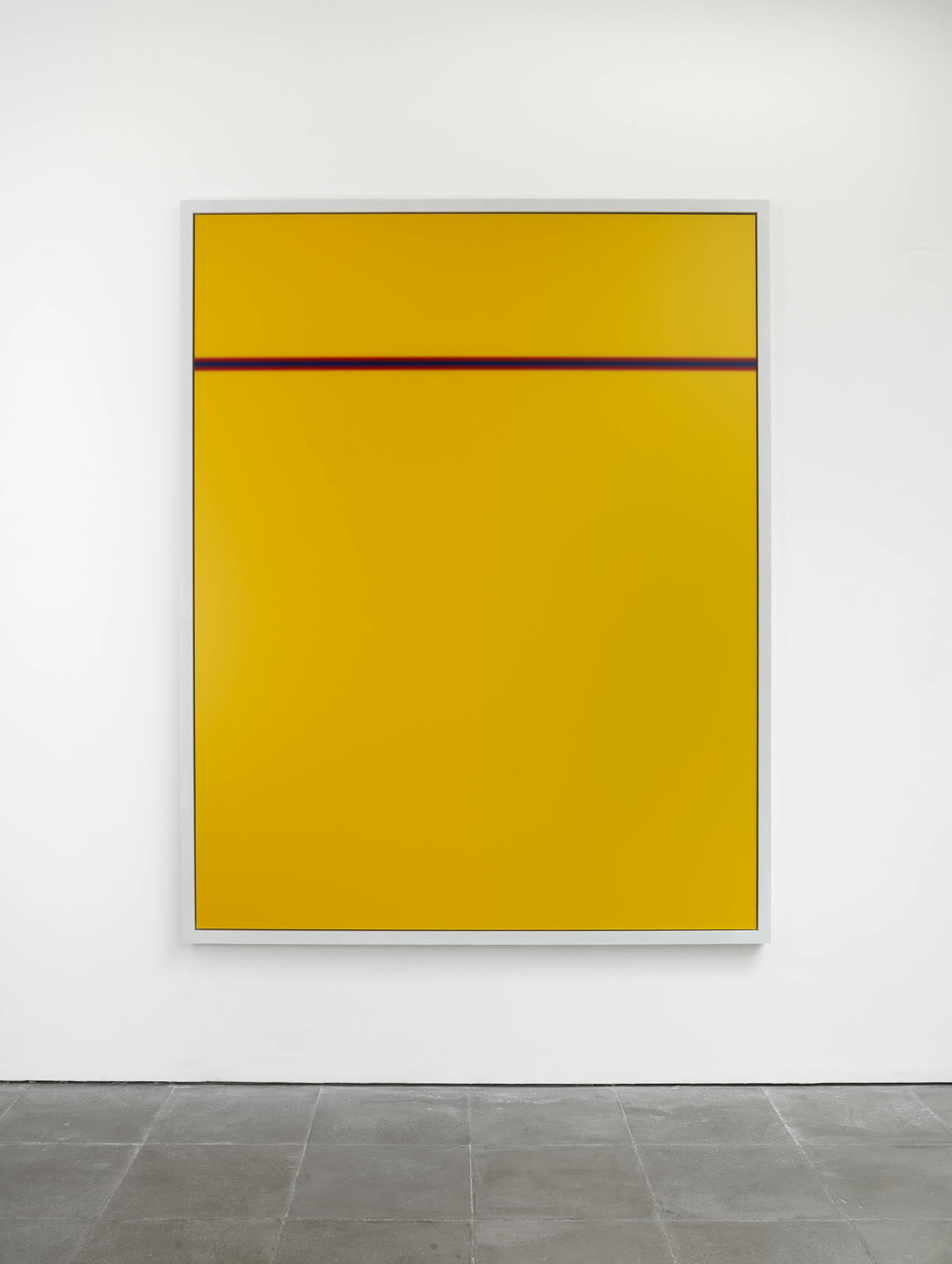 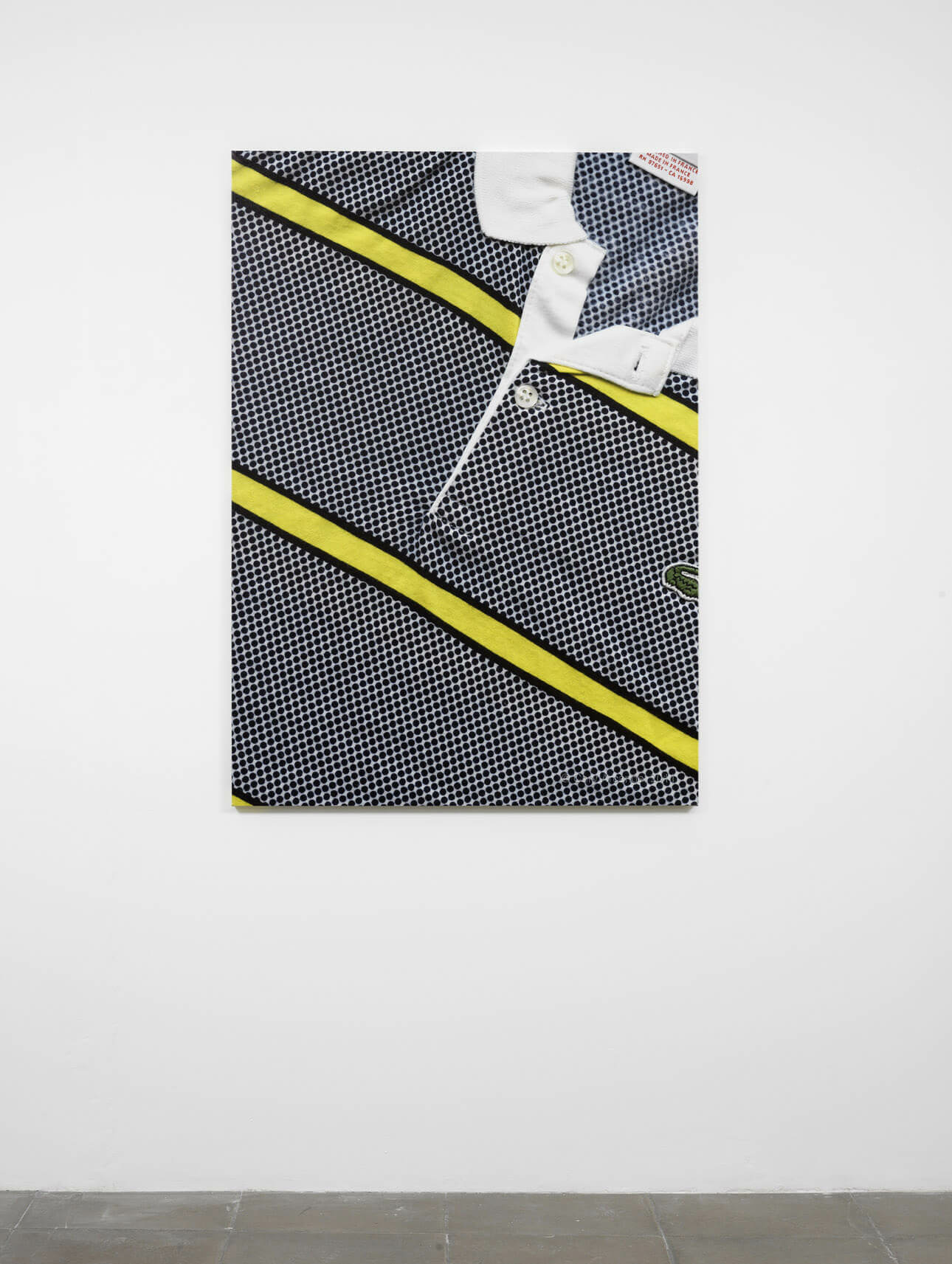 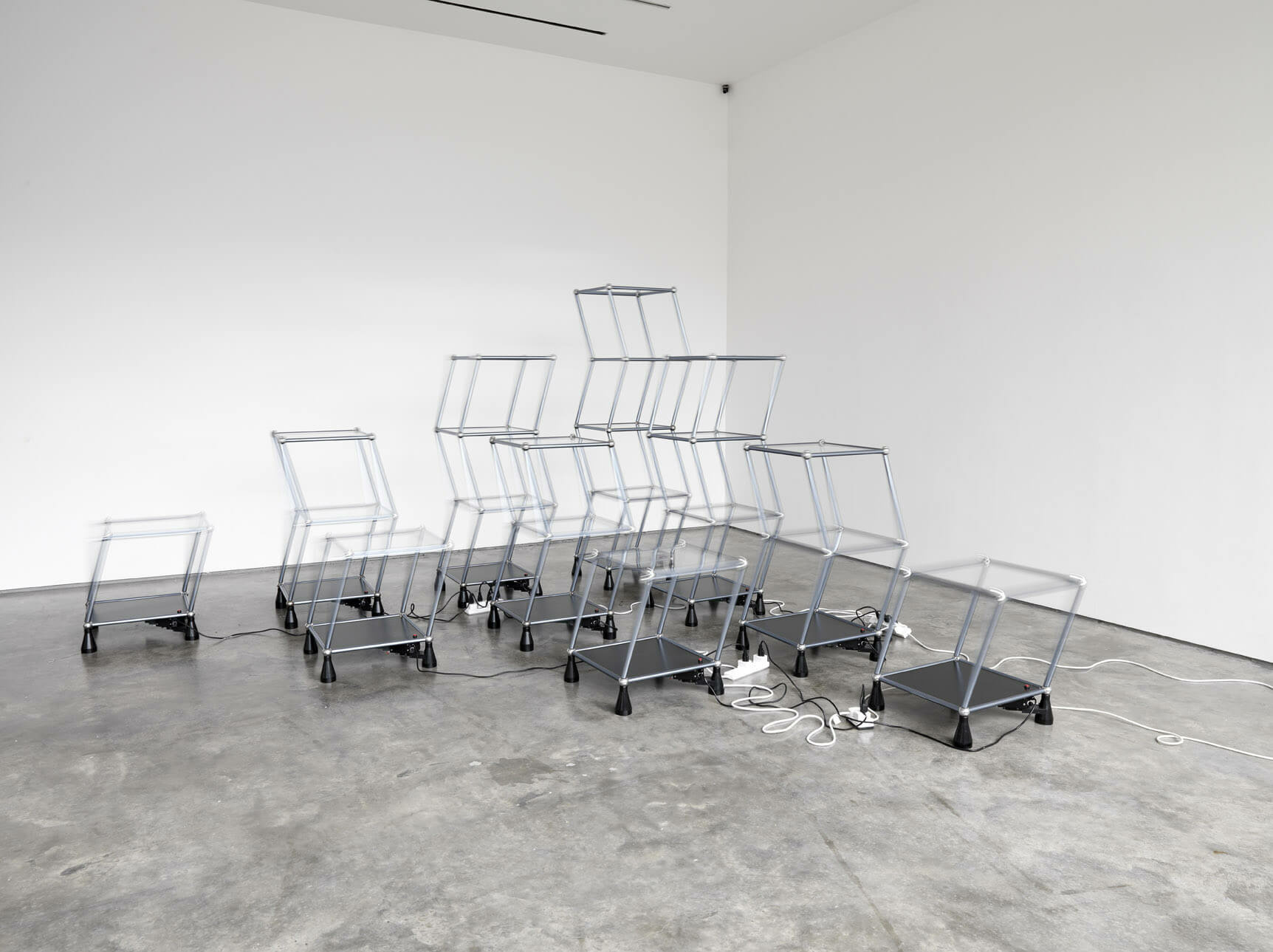 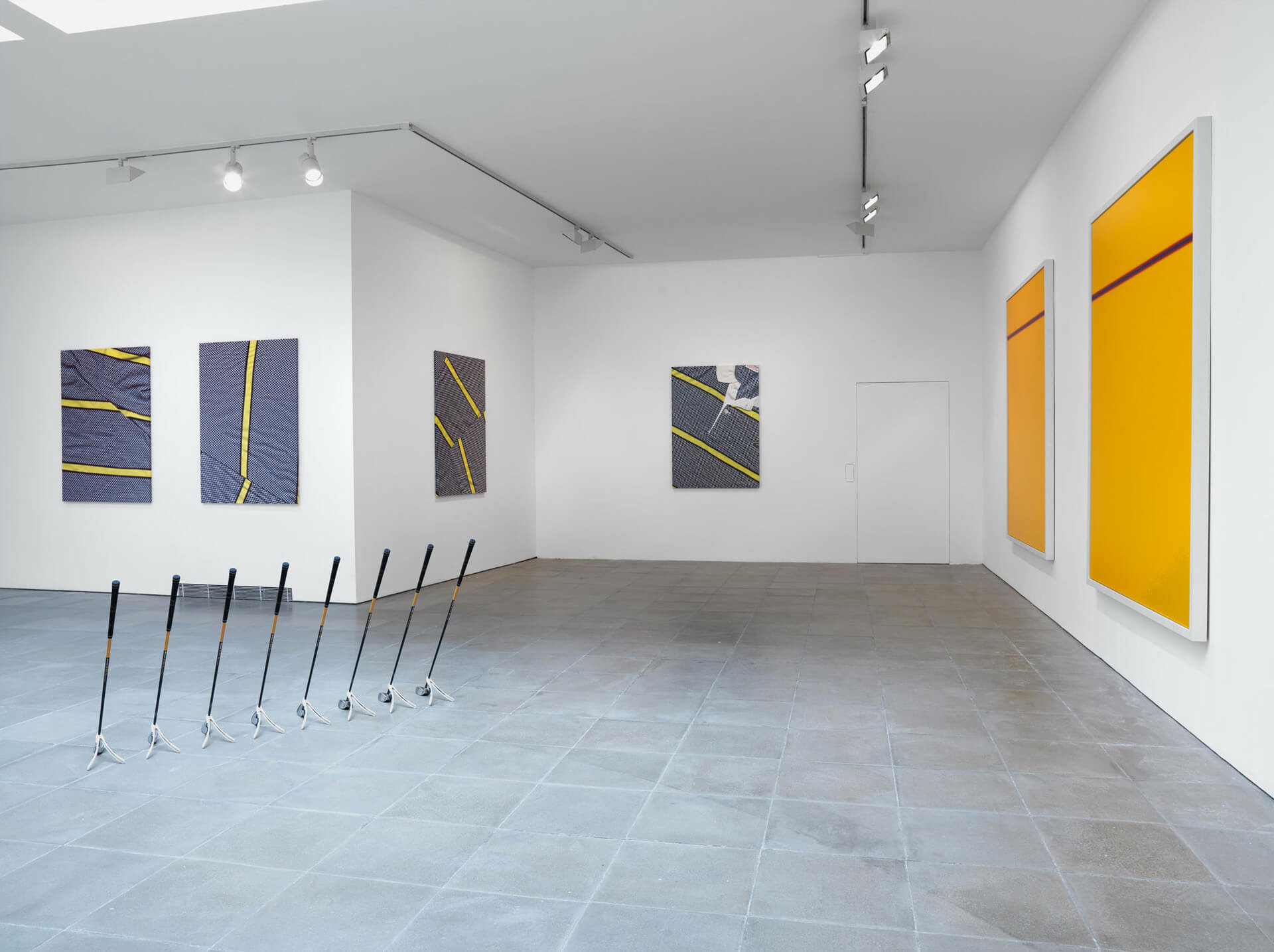 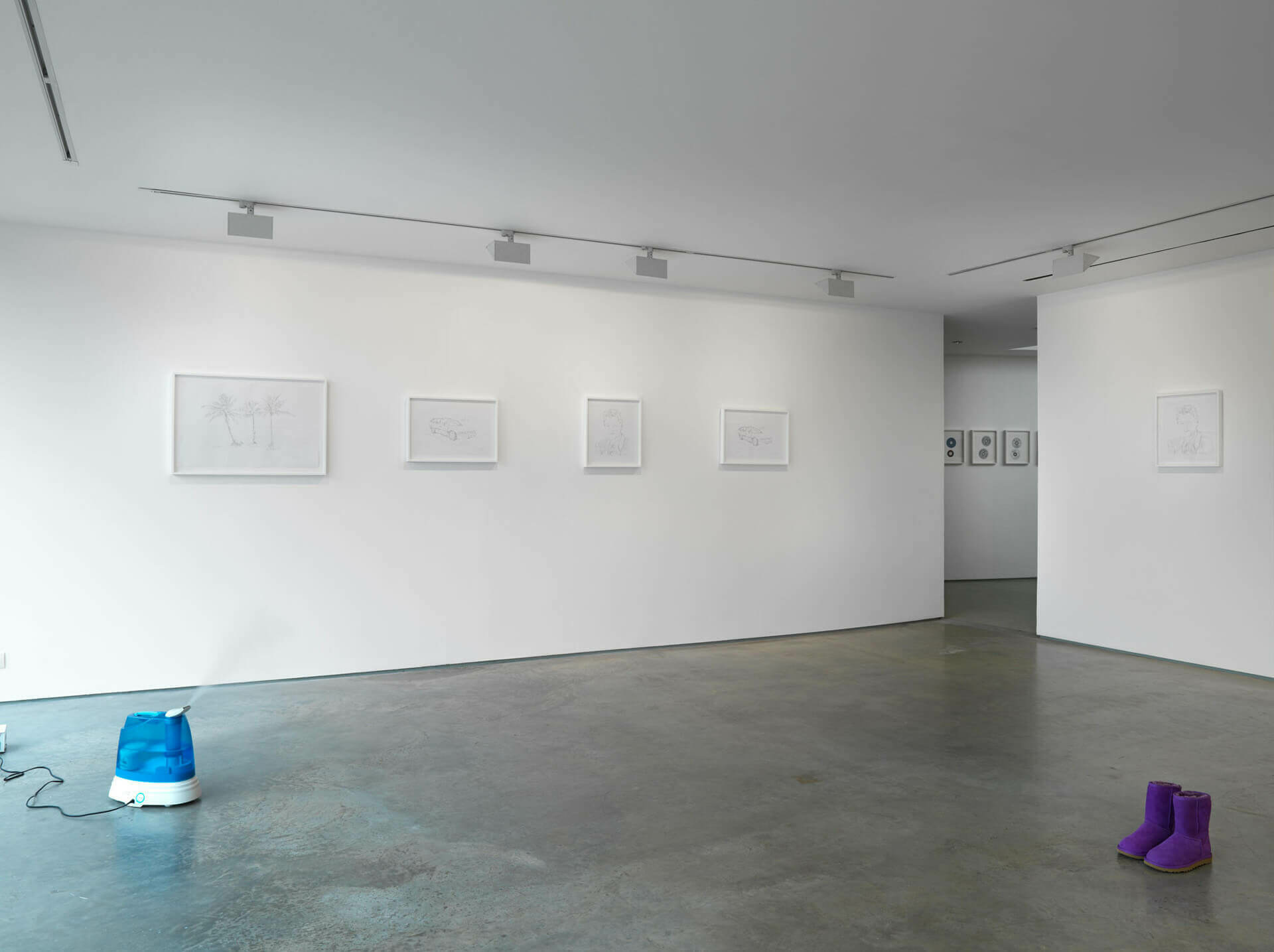 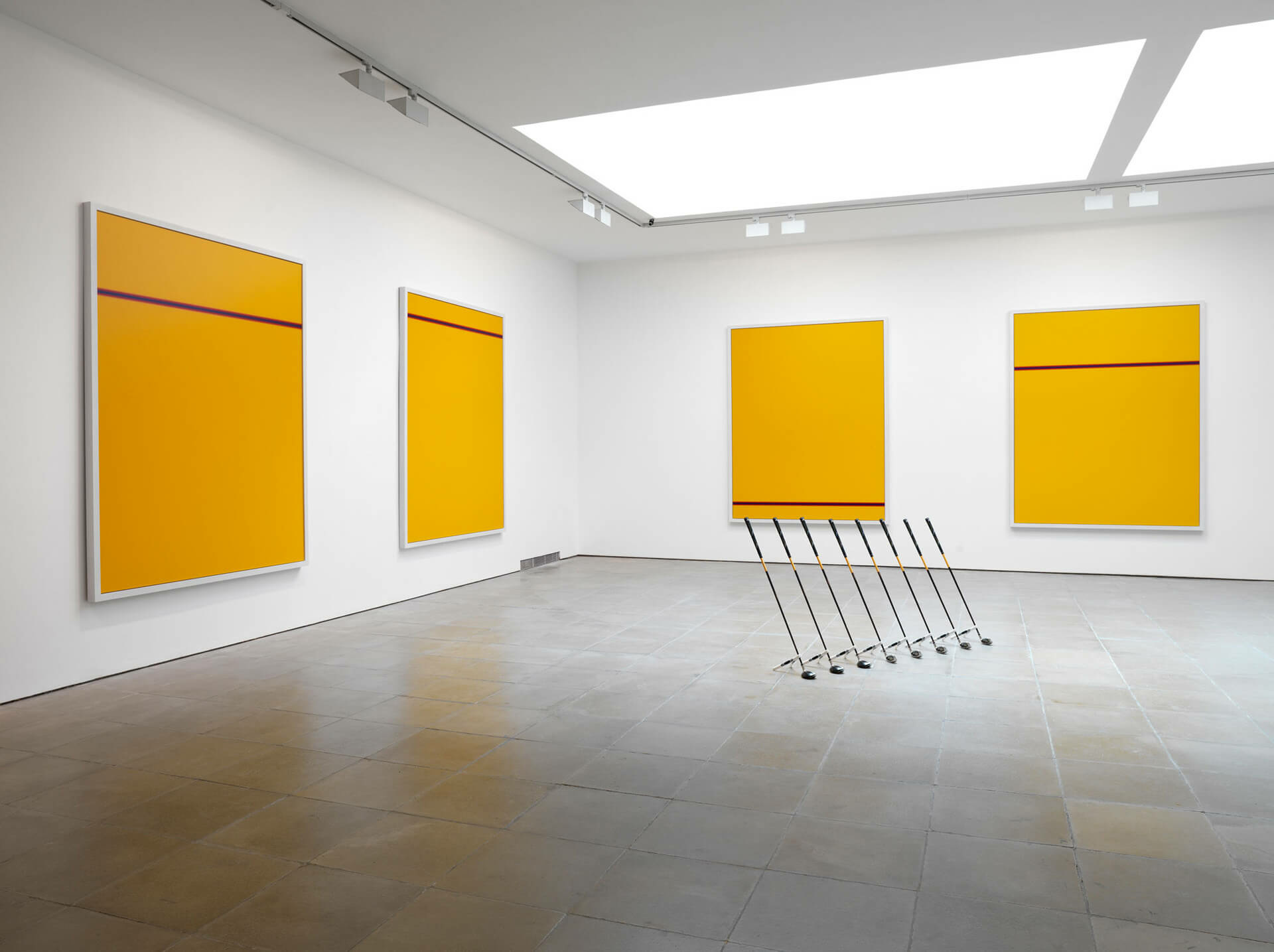 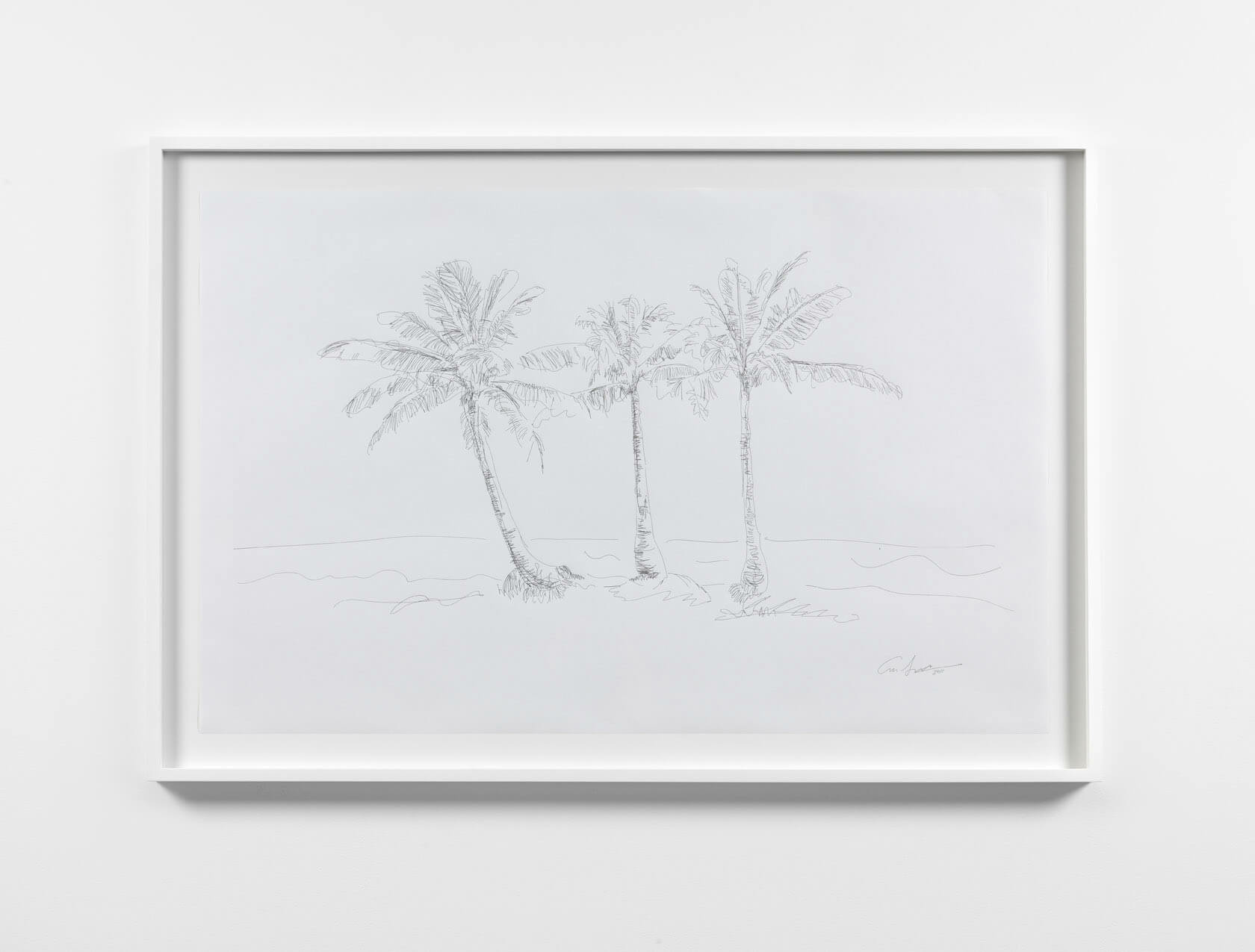 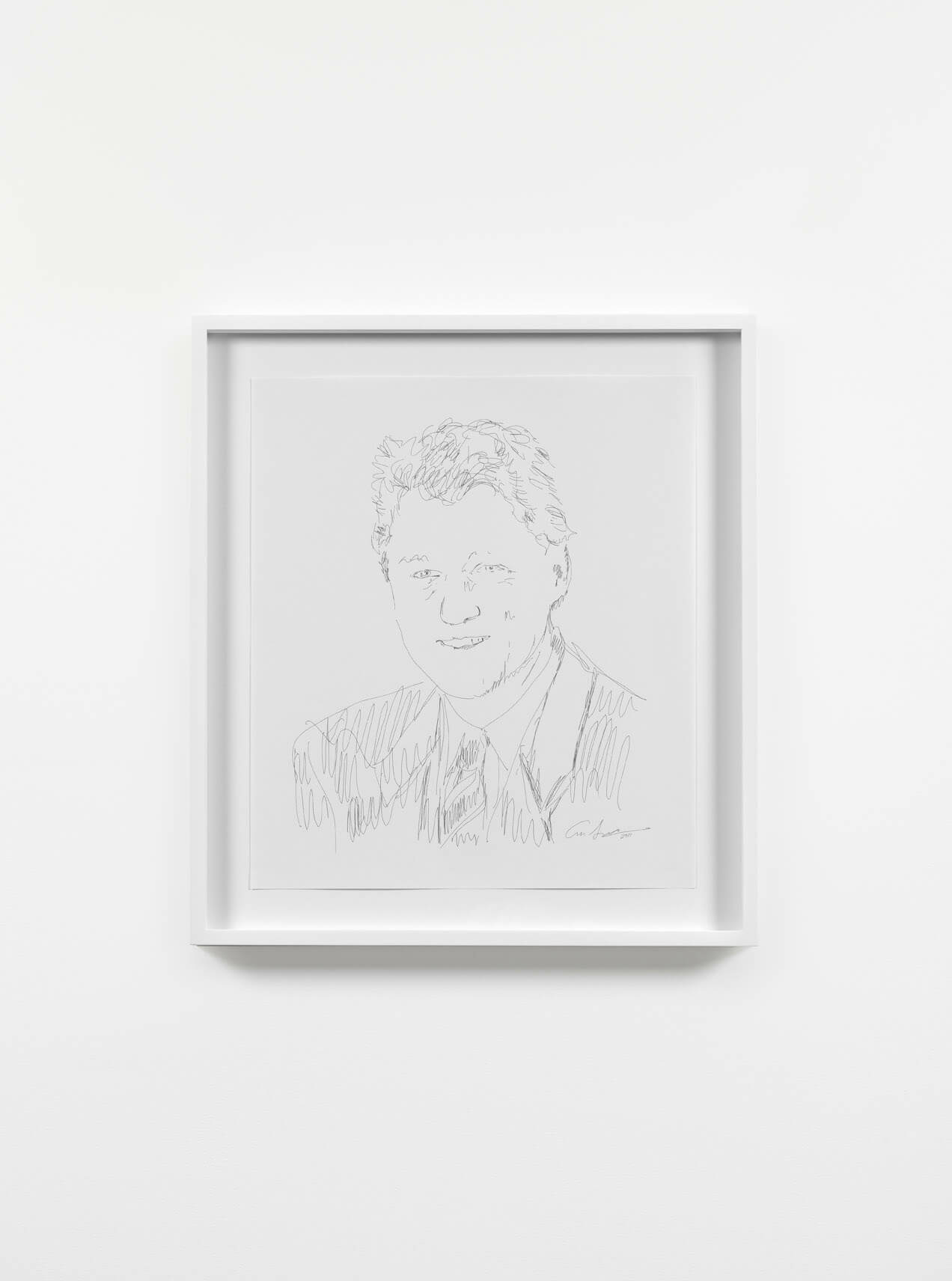 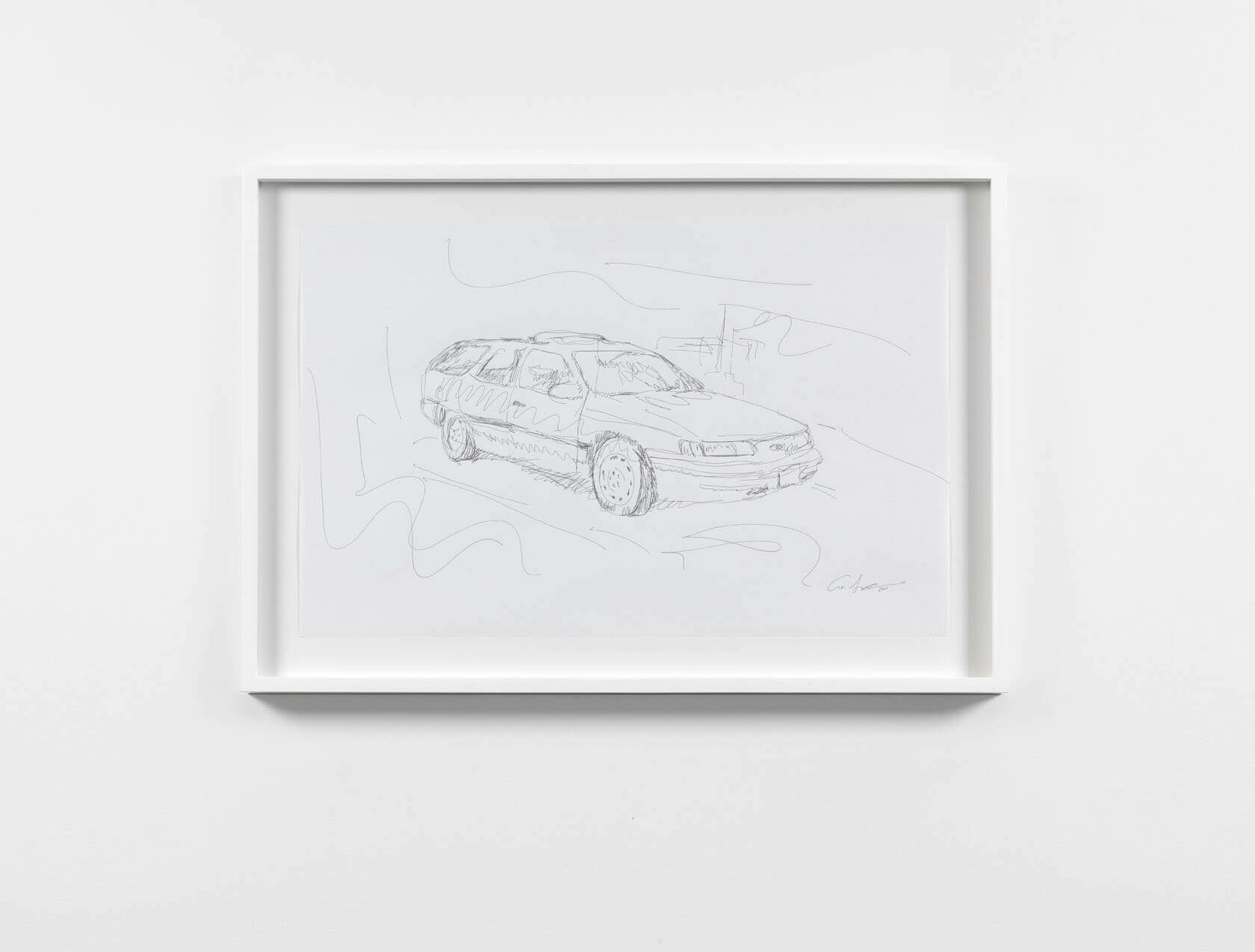 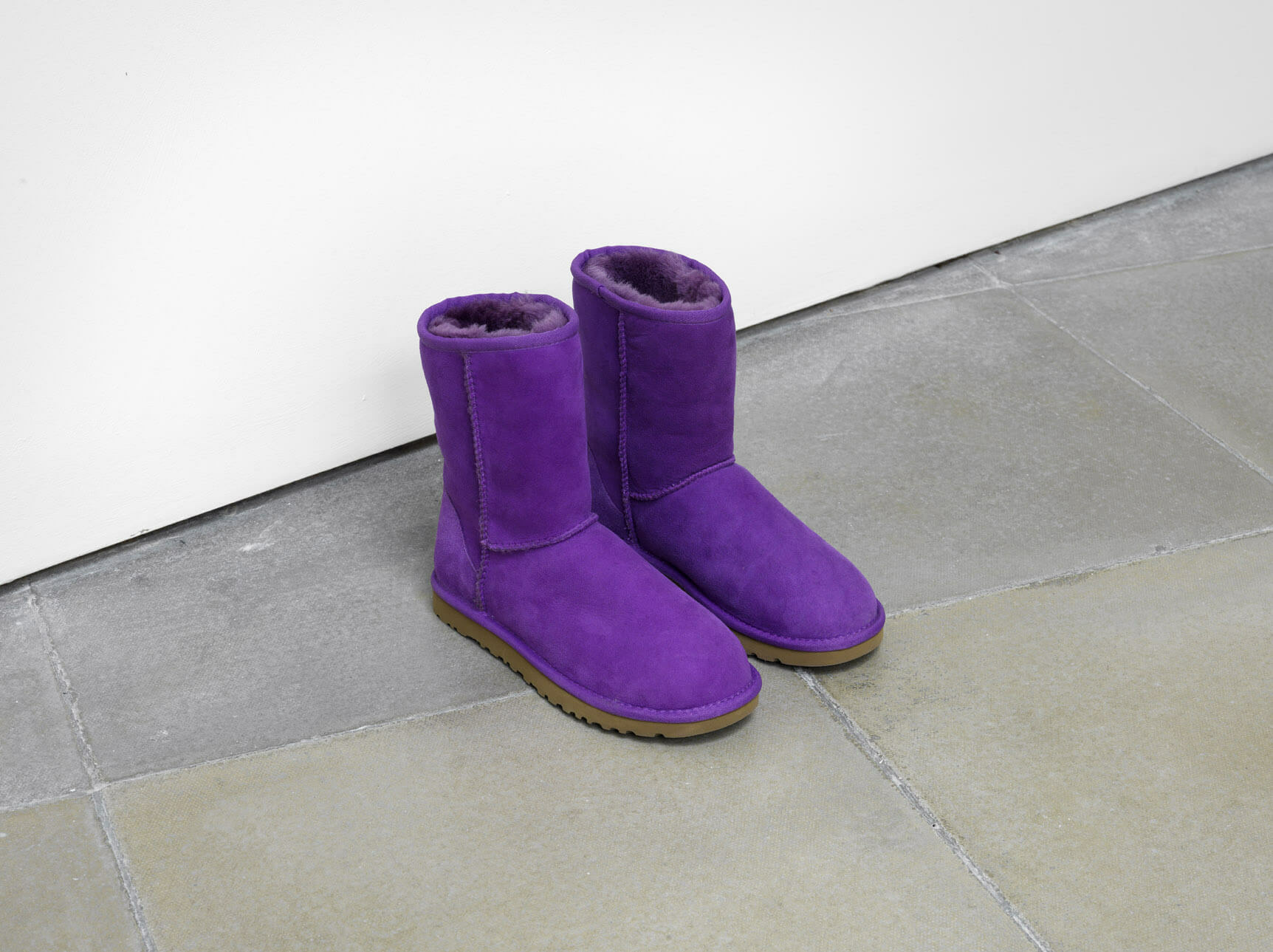 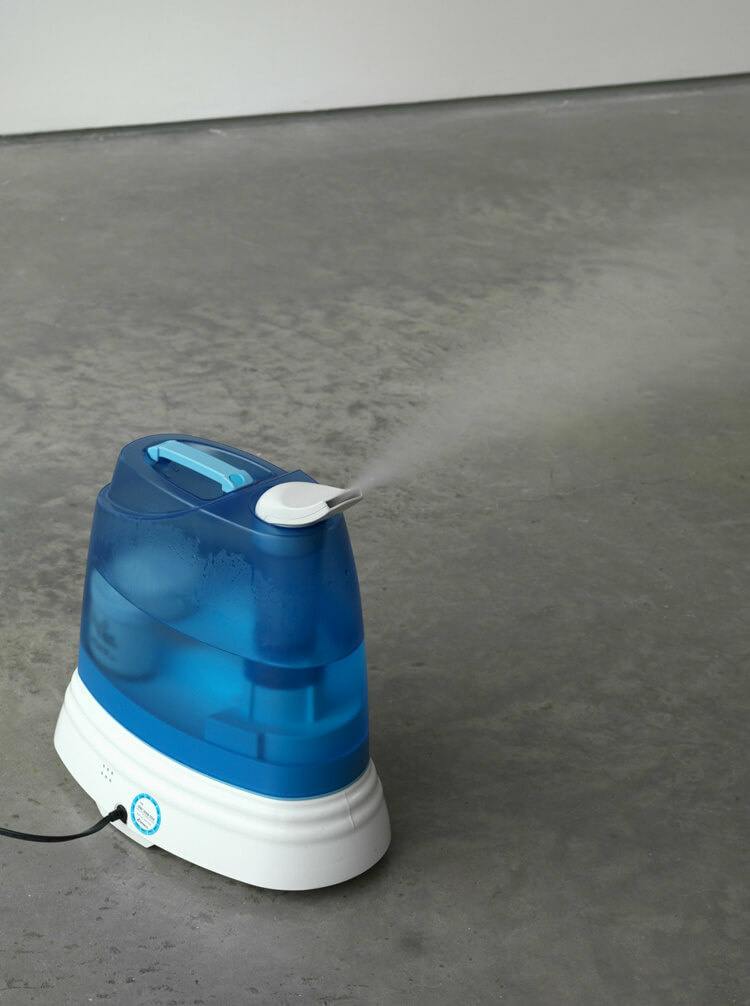 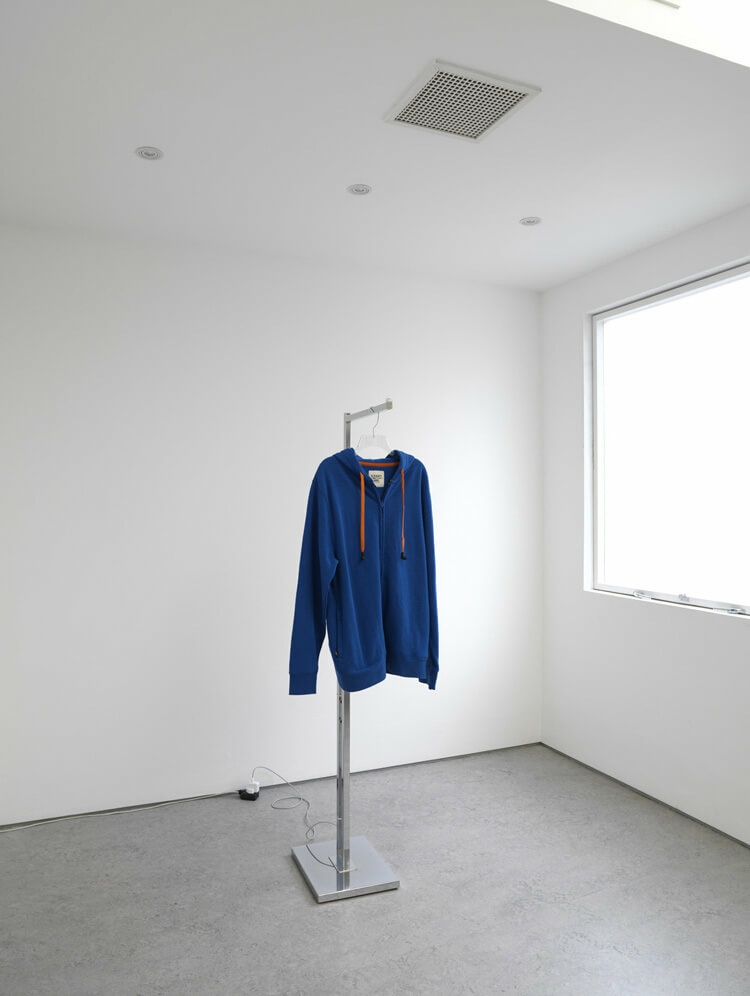 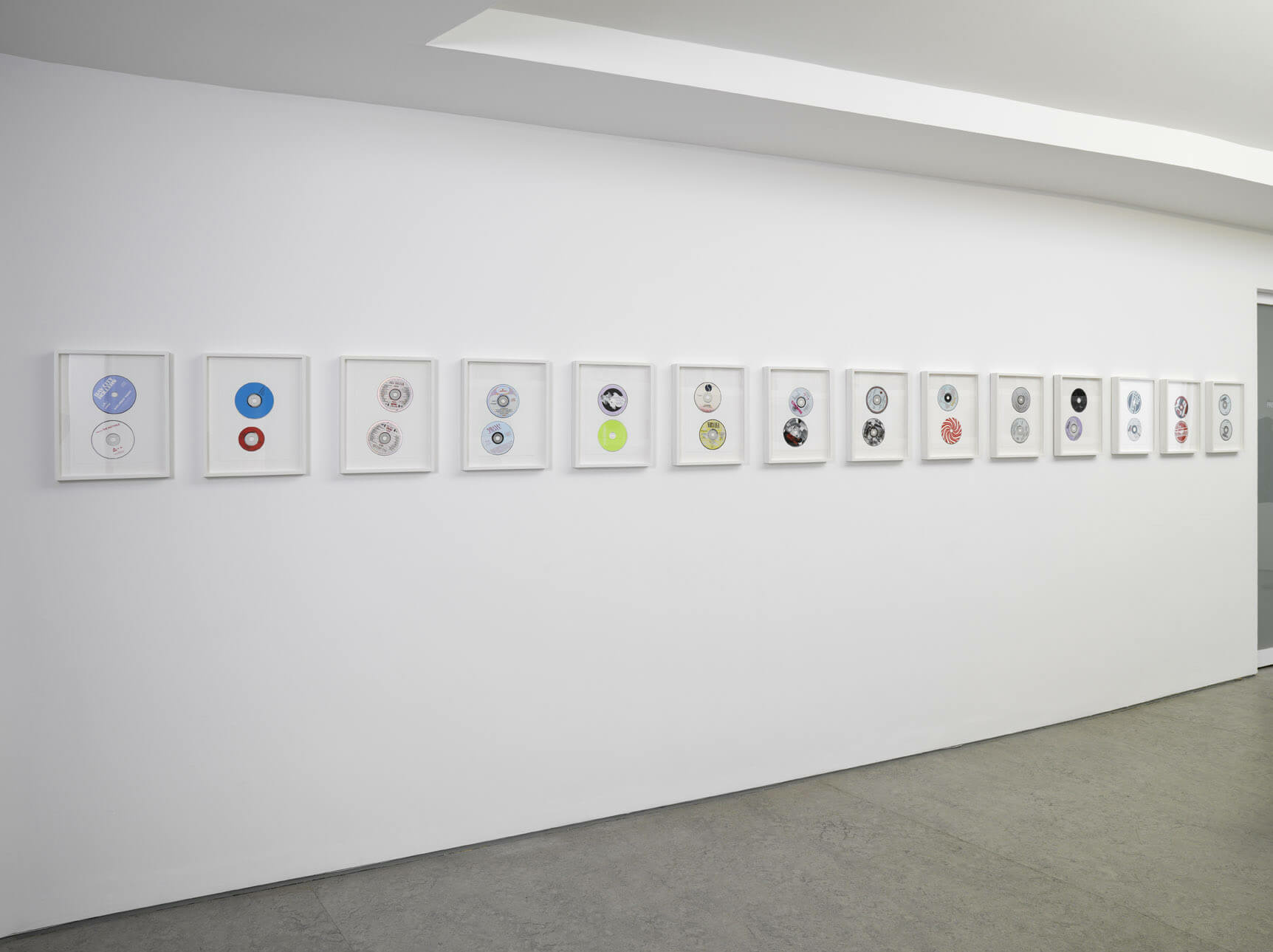