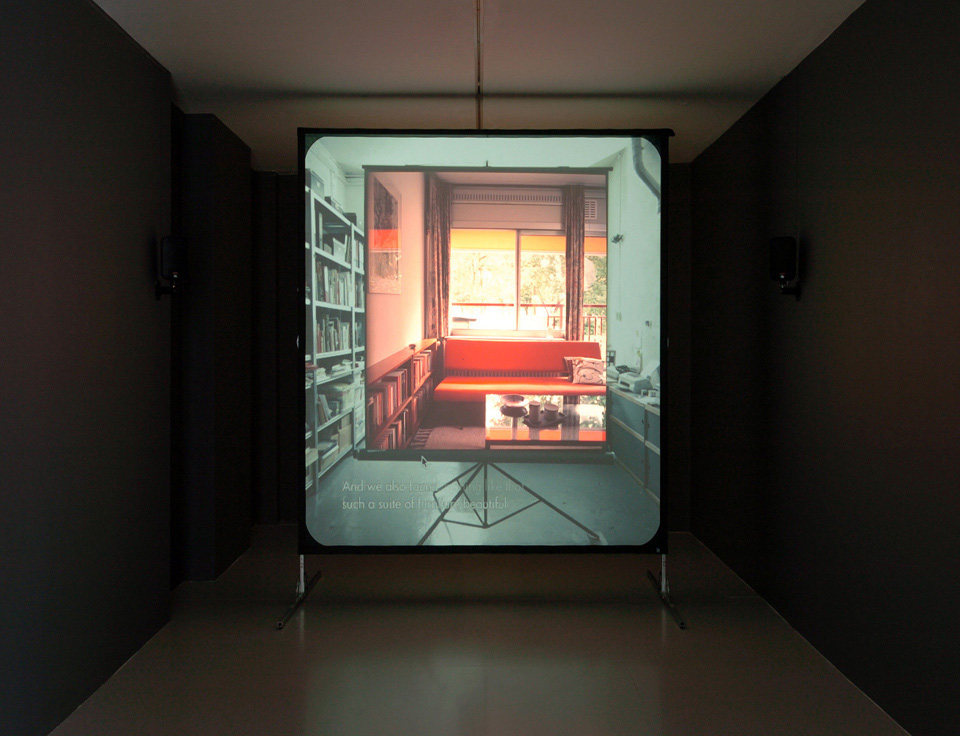 Construction Time Again presents works that reflect on issues of presentation and the production of images in a visually saturated culture. The exhibition seeks to question the ideological implications of the image as a layering of historical, cultural and social systems and examines the way in which, as spectators, we approach, filter and interpret information. There is no such thing as an image without fictions. As Jacques Rancière states: “the real must be fictionalized in order to be thought”. In Barbara Visser’s Two Projections (2005), a static image of the artist’s studio acts as a framing device for a slide projection showing images of modernist furniture. The focus oscillates between apparently insignificant details and overly meaningful imagery as an uncertain relationship is established between the narrative of early Modernism and the personal memories of Visser’s grandmother, Miep van de Sleen-de Vries, who used to collect and design furniture for her own house.

De Rijke/De Rooij’s slide projection Orange (2004) acknowledges a critical distance between the space of representation and that of reference. The reduction of the image to abstract shades of a single colour – significantly excluded from the spectrum of colour films because of the pink cast it produces on skin tones – is here associated with very specific political and social connotations, such as the colour of uniforms worn by prisoners at Guantanamo Bay or neo-conservative sympathizers for the House of Orange in Holland.

The works in Construction Time Again function by referring to and collapsing diverse visual registers and deferring meaning to what lies beyond the frame. Tobias Buche’s complex arrangements of press cuttings, personal photographs and historical images invite a spatial way of looking. The images are physically related but loosely connected in a synchronic montage. The work counters the emphasis placed on the singular image with multiple narrative perspectives that accelerate and decelerate across the installation’s spatial planes. Juan Araujo’s paintings and Yaron Leshem’s photographic series Intrepid (2006) are charged with a palpable tension between the desire to represent, the awareness of visual stereotypes and the limits of the medium and how it has been used to express and translate reality into a visual output. Araujo’s series of paintings Cuadros del Cerrito (2006) reproduce pages of catalogues and publications featuring Villa Planchart, built in Caracas between 1953 and 1958 by architect Gio Ponti.

The features on the villa reflect a particular international vision and belief system, as much as the interest in design and collecting that dominated the prosperous Venezuelan upper class of the time. Michaela Meise creates sculptures, which are formally indebted to minimalism. Pasted with photographic portraits of iconic

figures such as Nico, the vocalist with the Velvet Underground or VALIE EXPORT, the structures become enigmatic physical extensions of the image into space and various narrative levels emerge from their delicate balancing act. By elaborating physical structures and discursive constructions that blur the boundaries between the logics of fact and fiction, these works point to the conventions that define the procedures of power while actively opening up the potential of meaning contained in an image as something which is always incomplete and voiceless.

Construction Time Again has been curated by Elena Crippa and Silvia Sgualdini. 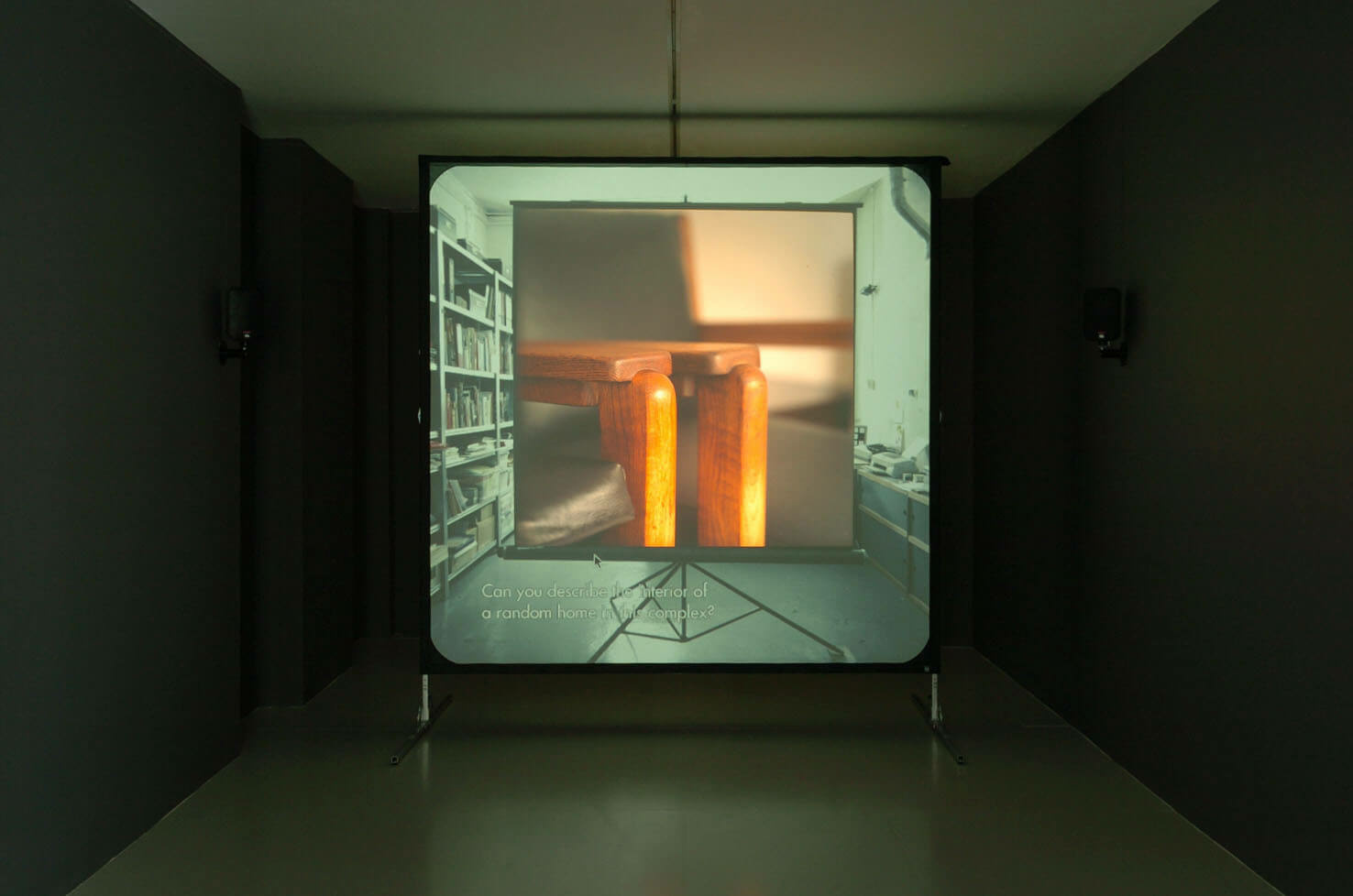 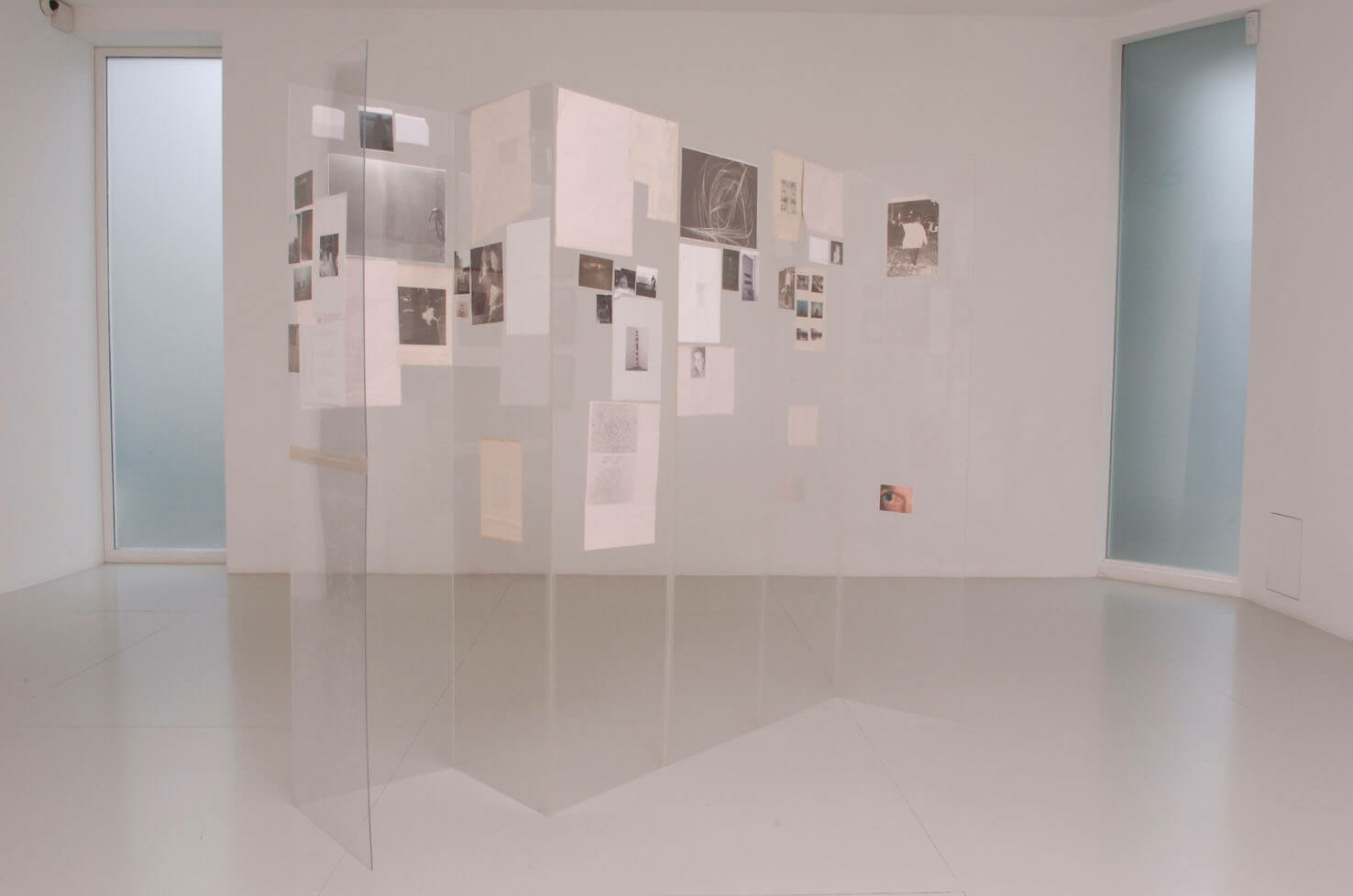 photos and computer prints on Plexiglas