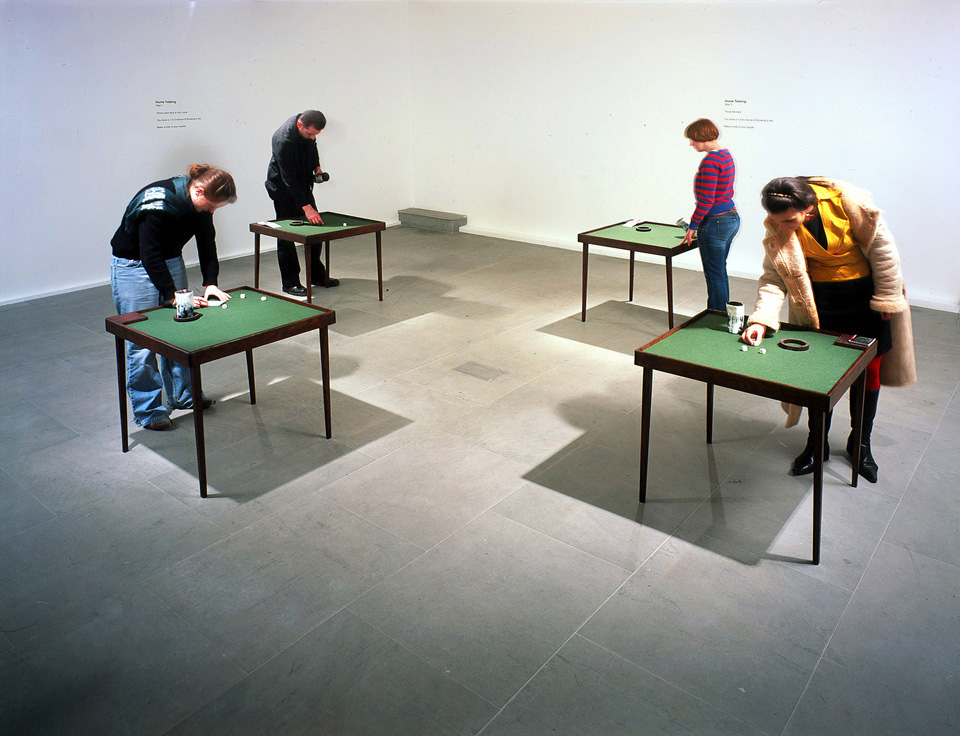 In this series of new works, Christine Borland continues to relate the History of Medicine to contemporary medical practice, with a particular interest in its interface with the public. Combining new techniques and new technology used in Medical education with ancient crafts technologies like porcelain manufacture, she proposes far-reaching ethical questions for us to consider both in terms of the ‘progress’ of our society and on an intimate and timeless personal level.

Both the fragmented ceramic piece, Conservatory and her on-going series of photographs which include smashed watermelons - The Velocity of Drops recognise the beauty inherent in destruction, while serving as reminders of the enduring qualities of even the most vulnerable of objects, the human form. On this occasion the photographs are set in the dramatic location of a 19th Century stately home, Mount Stuart on the Isle of Bute in Scotland. During World War 1, the Bute family initiated the use of their home as a Naval Hospital. For 3 years it treated casualties from the infamous sea battles of the Great War, while the family continued to reside there. The titles of the rooms where the watermelons are located indicate their transformation during this time – the Library into an X- Ray Room, the Master Bedroom into the Dispensary, the Conservatory into the Operating Theatre etc.

The fragments of Conservatory, reminiscent of small pieces of weathered porcelain collected on the beach, are full of pathos while remaining collectable and desirable, despite the destruction of the original whole – a complete human skeleton.

The installation Simulated Patient is based on role-play situations where medical students, through role-play with actors, practice dealing with a range of difficult scenarios. In this case any all of these involve breaking bad news to patients. The presentation of this work deflects the viewer’s voyeurism by concentrating on the ‘use of silence’ in the consultations. The viewer finds her/himself empathising with difficult position of the doctor as well as the tragic circumstances of the patient. Experiencing each unfolding scenario under these controlled circumstances, allows us the opportunity to confront our own ‘worst case’ scenarios.

In Home Testing, Borland presents a more sculpturally formal series of games whereby we are informed of a series of probability statistics and invited to use the custom-made dice, receptacles and games tables to put them to the test. Statistics and risks relating to our health as interpreted by the press, are conveyed to us daily. The statistics in Home Testing are all related to pregnancy

and present a scenario that anyone expecting a baby faces upon stepping into the medical arena. Recent developments in genetics have meant an increased knowledge of risk and a subsequent range of choices and dilemmas, which are likely to widen and escalate in the future. This work is an attempt at empowerment by providing simple, hands-on means to translate baffling statistics into something personal.

The artist would like to extend special thanks to CRAFT, Centre de Recherche des Arts du Fey et de la Terre, Limoges, France, The Mount Stuart Trust, Isle of Bute, Scotland, the staff of Communication Skills and their students in the Faculty of Medicine, Glasgow University, Scotland.