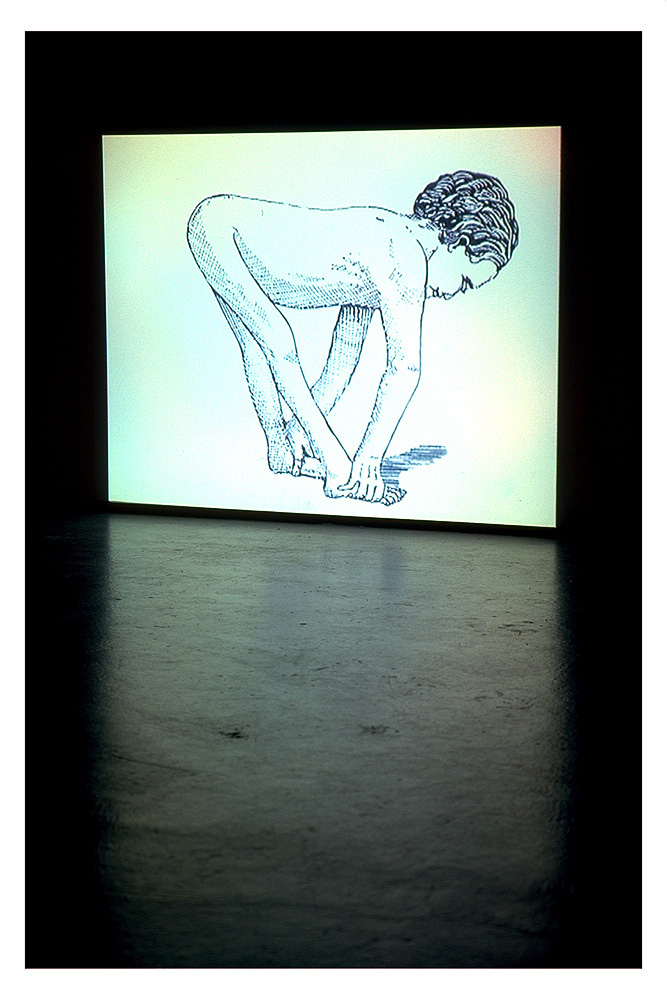 Christine Borland's work is associated with the systems and processes, which provide the basis of our society. She has worked with police and judicial processes, forensic science and medicine. This exhibition of new work explores the interfaces between life and death and the ambiguous relationship between art and science.

Borland's work is at once repulsive and seductive. She builds up layers of psychological complexity, juxtaposing incongruous elements which pervade human sensibility, offending our notions of correctness and questioning the validity of our ideals. She plays with concepts of life and death, masculine and feminine, absence and presence, innocence and guilt. Through her investigative processes she reveals the brutal realities of contemporary society and validates her discourse with historical 'evidence', providing a disturbing commentary on humanity. She invokes in the viewer an automatic tendency towards inquisitiveness, a fascination with her subject matter and tools, because of their proximity to our own body. They hide a morbid fascination from which the viewer recoils instinctively but cannot escape.

A Treasury of Human Inheritance (mobile)
The mobile developed from an interest in Family trees as the starting point of explorations of inherited disorders and specifically from those depicted in a series of volumes published by the Galton Institute in the 30s, the volumes are also entitled “A Treasury of Human Inheritance” They collect case notes and pedigrees, relating to muscular & nervous diseases of movement. For example Myotonic Dystrophy, Muscular Dystrophy and Huntington’s Disease.
The studies of the family pedigrees used was done during the late nineteenth and early twentieth century, mainly in Denmark. Some of these are contemporaneous and some going back to the 18th C. For example there are several by Duchenne himself (who discovered muscular dystrophy). In making these into 3 dimensional forms, each person becomes represented by an agate slice. Different coloured agates represent various symptoms related to the condition and manifested in affected individuals. The case notes and the key are presented on the wall adjacent to the mobiles.

A large video projection of the large golden orb weaver spider being "silked". This means that the silk produced by the spider is being removed from it and spun around an object. The dragline silk of the spider being spun is stronger than any material ever produced or existing in nature and is now being genetically cloned by scientist towards the production of a new bullet proof fabric. The procedure of extracting the silk from the spider reminds one of a surgical procedure. The video is shown with a soundtrack, an Italian piece of music "Tarantella". The Tarantella was a dance, which evolved in Italy during the Dark

Ages, initially inspired by the reaction to what was believed to be a tarantula bite, but which appears more likely to have been the bite of the smaller, deadlier, Black Widow spider.

An installation of glass "bronchial trees", which have been wrapped with the silk thread (above) and then placed under a bell jar. The silk thread around the glass conjures images of congestion in the lungs and suffocation but alludes also to the artists on going series, the homemade bulletproof jacket. At this occasion however, the protection is internal.

An installation of the "ecbolic garden". (Ecbolic means "inducing abortion") A garden based on the 16th Century Apothecaries Garden of Glasgow University when it was closeley allied to the neighbouring Cathedral. Upon the recent discovery of records relating to this garden it is apparent that a large portion of the plants grown there were, at the time, considered ecbolic (including wild parsnip, tongue savory, forking larkspur, juniper, calendula and penny royal). The plants were probably cultivated in order to be sold to local prostitutes. Although this association is still made with one or two of the plants, several of these species are now used in homeopathic medicine for the treatment of quite different conditions. Christine has placed a leaf from each plant in a glass vessel initially filled with bleach, then with an alcohol solution. The colour has been drained from the leaves and only the "skeleton" of the leaf can be seen in each vessel. It is almost as if she is presenting the "ghost" of this garden.

“Webs of Genetic Connectedness” consists of 3 groups of glass sheets, which have been shot through with bullets, appearing to stay together by magic. The apparent fragility and resulting weblike pattern of the shattered glass encompasses both the demise and strength of the material. A scientific and aesthetic reference is also made to the complex web like familial connections of genetics, which at once separate us and connect us inextricably to all humanity.

Christine Borland has exhibited extensively in Europe and the United States in numerous group and solo shows. Most recently her solo shows have included the Dundee Contemporary Arts; Sean Kelly Gallery, New York, Gallerie cent8, Paris. Christine is currently exhibiting at the "Spectacular Bodies" show at the Hayward Gallery. Next year she will be showing at theArt Gallery of Ontario, at the Melbourne Biennale and at the Lisson Gallery.