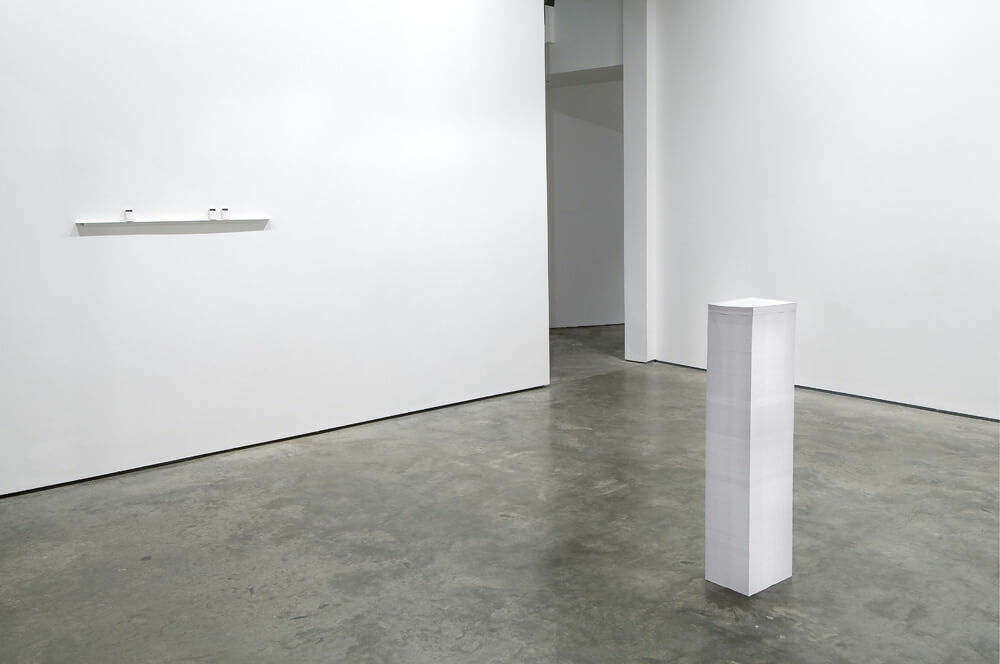 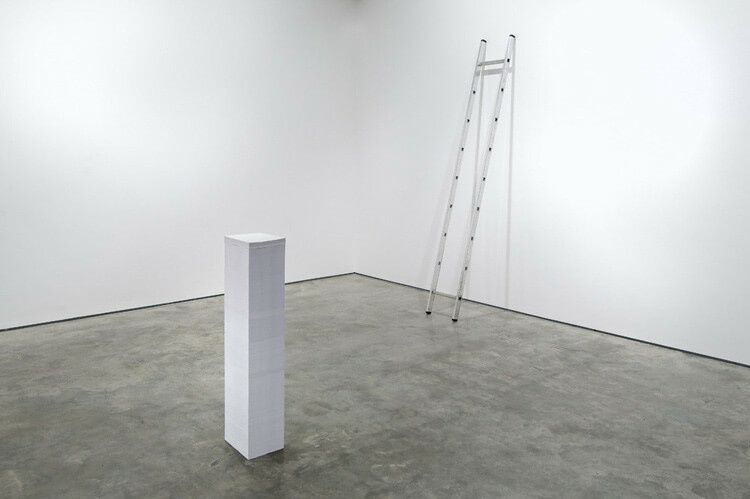 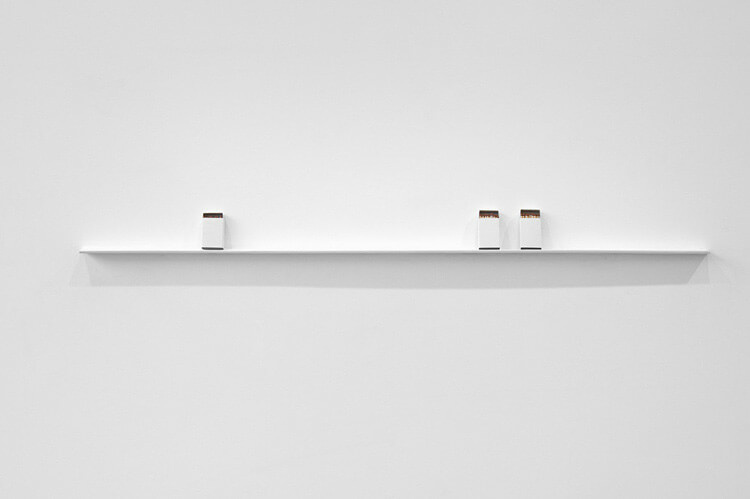 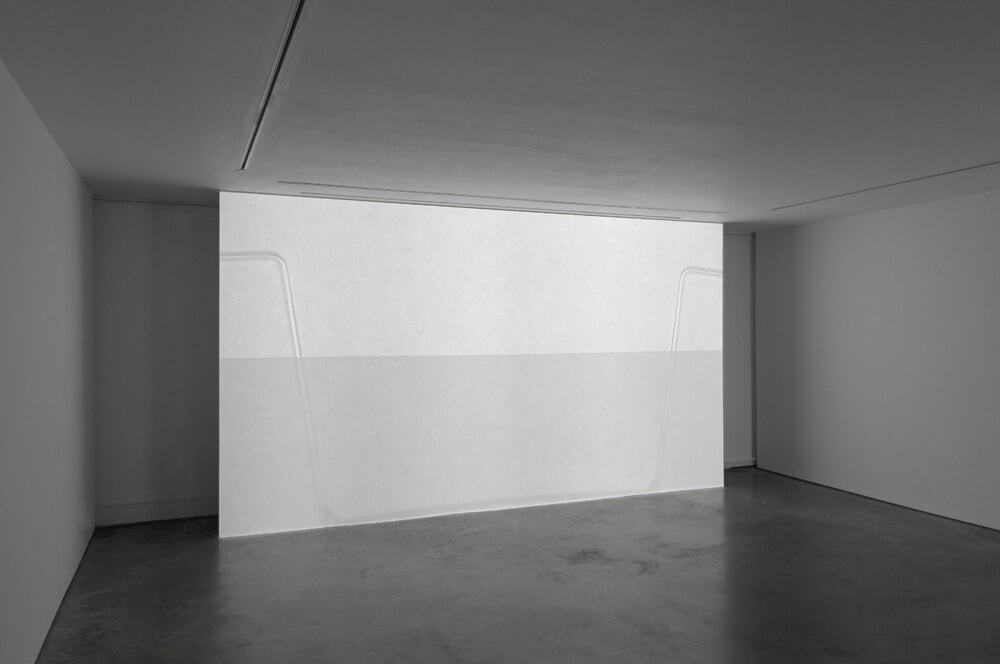 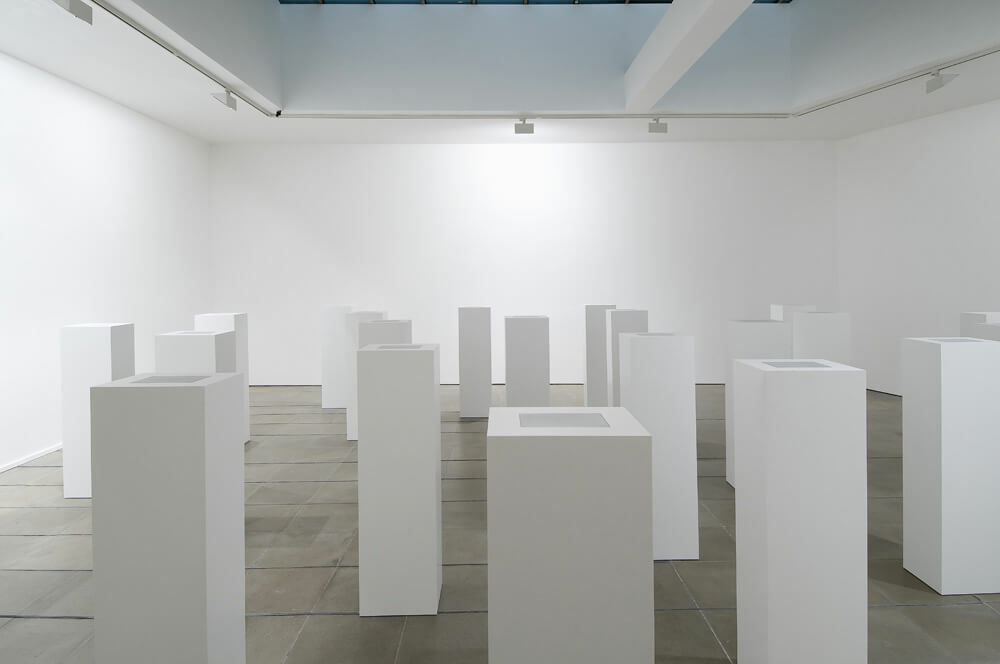 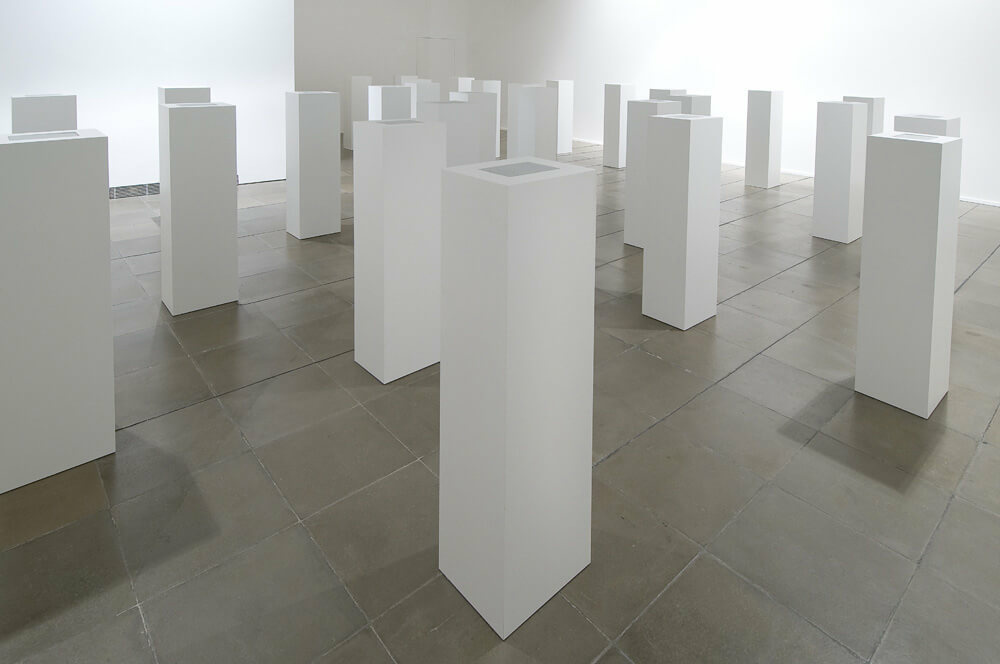 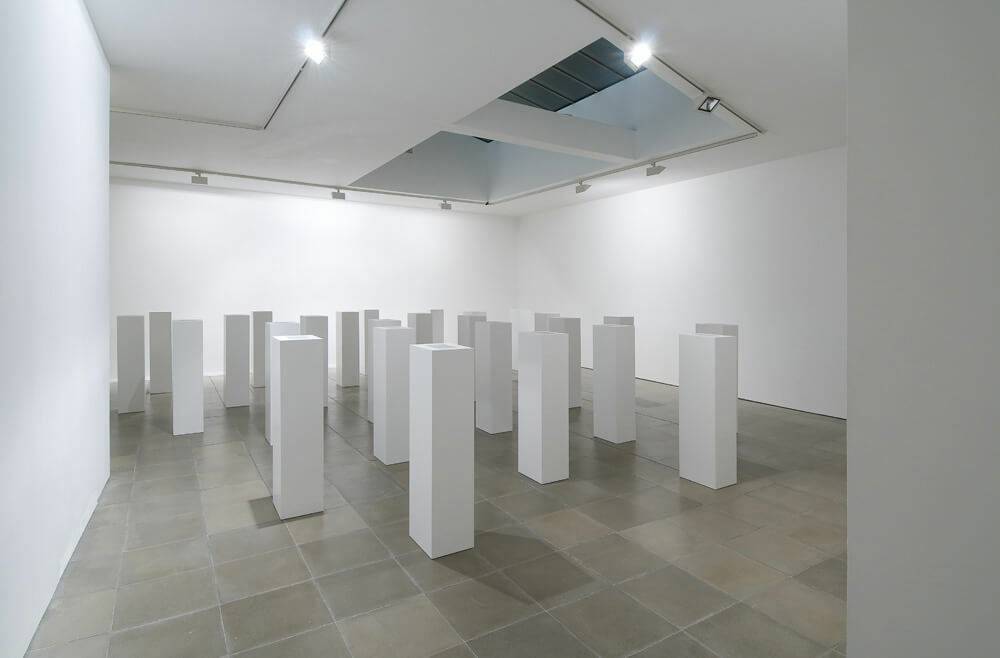 Lisson Gallery is pleased to announce an exhibition of new works by Ceal Floyer. Floyer's clarity of thought and the elegantly concise presentation of her ideas resonate through all areas of her practice. The deceptive simplicity of the work is informed by Floyer's particular sense of humour and an awareness of the absurd. Through subtle interventions with everyday objects such as rubbish bags filled with air, cash register receipts or a Tammy Wynette song, Floyer uses double-takes and shifting points of view to force the viewer to renegotiate their perception of the world.

Matches / Match, 2010 in the downstairs front gallery is deceptively simple in its presentation of three matchboxes. The relationship between the three objects is a physical manifestation of the play of ideas around sequence, seriality and association. As for ideograms, the visual experience triggers a textual one. In a process of declination of the same object three times, matches, ordinary objects, which are one definite thing, are confronted with the act of matching, which puts two separate things into a relation of similitude. Ladder (Minus 2-8), 2010 takes another everyday household object as its starting point. This time the aluminium ladder is modified and deprived of its original function, so that the beginning and end of the journey are there but literally the steps in between are taken away. Ceal Floyer continues to explore the object as sculpture in Page 11083 of 11083, 2010. The work plays with our assumptions on what constitutes sculpture: a white cuboid only at a close distance reveals to be composed of sheets of A4 office paper, painstakingly stacked one on top of the other, each reproducing the page number in the sequential order in which they were printed to reach a set height.

Within the exhibition, Page 11083 of 11083, 2010 functions formally as a prelude to Things, 2009, which occupies the main downstairs gallery. A cluster of plinths stand in an empty room each emitting at different intervals in real time the word "things”, the only audible section from otherwise silenced pop songs. However, apart from the plinths themselves, no ‘things’ are present in the room. Instead the work focuses attention on the space allotted to art, and on the awareness of possibility in production.

The upstairs gallery is occupied by the video projection Facsimile, 2010. The monochrome image is dominated by a horizontal line, which moves at regular intervals up and down the screen. It is only a few moments into the video that the audio track reveals itself as being a set of familiar sounds – this helps us define the almost abstract image as a sheet of paper being processed by a fax machine. Fac simile is Latin for “made alike”, a reproduction that is as close as possible to the original, an ‘other’ which has the same characteristics. Coming full circle, the remote reproduction of a printed message brings us back to reflections on associations and reproduction. Playful in her approach, Floyer’s constructions often function as visual puns, laying open the structural character of things and highlighting the dialectical tension between the literal and the mundane, and an imaginative construction of meaning.