Art & Language: Portraits and a Dream

Art & Language: Portraits and a Dream 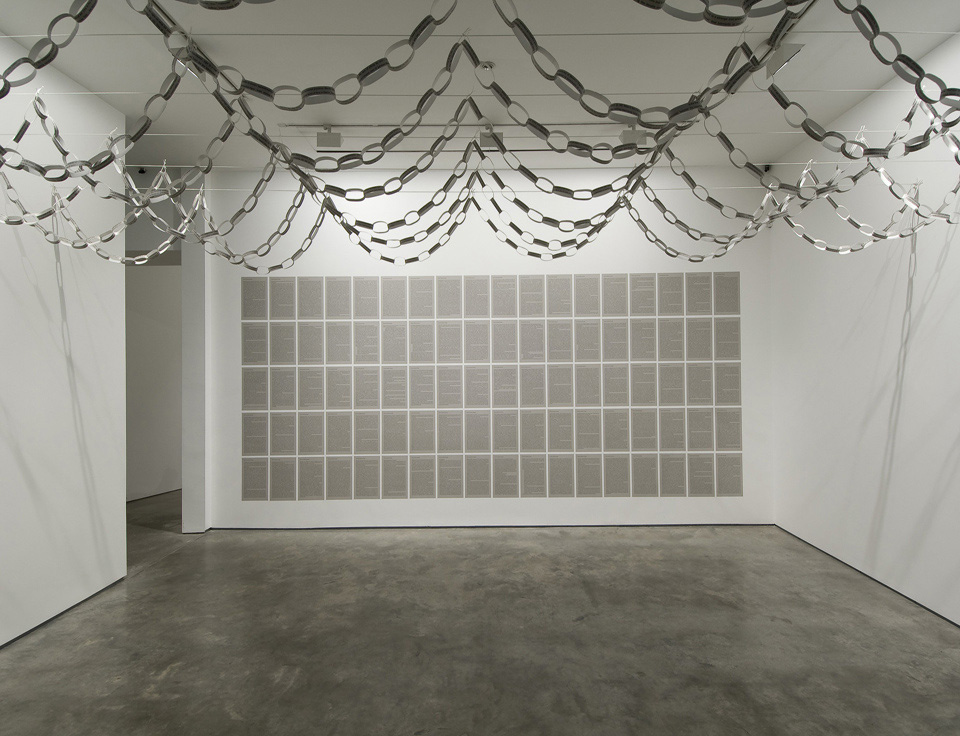 Lisson Gallery is pleased to announce an exhibition of new works produced by by Art & Language over the past year, including the major installation Portraits and a Dream.

Art & Language's earliest works date from before 1968, when the two terms 'Art' and 'Language were first adopted as the name of an artistic practice. This coming together recognised a range of intellectual concerns and artistic expedients occasioned by the collapse of authority, by the mid 1960s, of those individualistic protocols which go under the name of Modernism. Art & Language provided a common identity for a number of people already involved in various types of collaboration. The first issue of the journal Art-Language was published in England in 1969.

Since 1977 Art & Language has been associated with the collaborative work of Michael Baldwin and Mel Ramsden, and with their theoretical and critical collaboration with Charles Harrison, who died in August 2009. The works in this exhibition are among the very last works by Art & Language that Harrison saw and commented on.

In a short as yet unpublished piece of writing, Harrison stressed 'the range, variety and apparent openness of effect by which these works are distinguished.' Art & Language indeed continue to explore the multiple conditions, possibilities and constraints of cultural functionality. Such functionality includes practical use (suggested here by a series of chair-like works, assembled out of painted canvases), aesthetic contemplation (represented by paintings and drawings), decoration (patterns and paper-chains), the conveyance of information (posters) and symbolism (the representation of iconic figures or objects). Art & Language range playfully across these different, interconnected realms of cultural activity and meaning.

A key work in the exhibition is Lovely Sighs, 2009, its central element a wildly gestural painting referencing Jackson Pollock's transitional works of 1945-6, but also holding the image of a silver cup or trophy. This rather too familiar image of iconicity is embedded within a sea of paint marks representing an entirely different category of icon. The picture is surrounded by a double-sided frame made up of small canvases that contain images of pen books upon which rest cups and saucers as well as other icons of domestic still life. Facing the picture sits an empty chair, in Harrison's words invoking 'a set of ghostly devotees locked into communion with an uncongenial high culture.' A symbol of contemplation, the work and its companion pieces in this show are also themselves things to be contemplated. As with traditional aesthetic appreciation, these works encourage an unfolding of the questions, options, decisions, revisions, points of departure and future potential that conditioned the artists' making of the works in their studio, and determine their resonance when displayed in the gallery or museum.

A video work shown here, Qui Pourra, 2008 depicts the artists' studio as a space of reverie, industry, and the slow accretion of meaning.

The installation Portraits and a Dream is presented in the front ground floor gallery. The central component of this work is a series of poster-portraits, pasted on the gallery walls. Another set of the same printed writings has been cut up and fashioned into paper-chains. Art & Language have been using the motif of the paper-chain for the past couple of years. As Harrison has written, this seemingly perverse form represents a response to 'the critical requirement that, on pain of turgidity, whatever in practice is inflated – in scale, in genre, in professional ambition, in technical adventure – must at some point be brought low.' The 'decorative' paper-chains, like the 'functional' chairs in the other body of works shown here, bring the artwork down to earth while at the same time re-invigorating its form and meanings. The third element of this installation is a Perspex display case in which are laid small badges, each carrying slightly different versions of two iconic images: an oak tree, symbol of fertility and pastoral fecundity, and re-workings of Courbet's L'origine du monde representing the primary source of life and all its attributes.

Harrison's short essay concludes that Art & Language's recent works 'require various kinds of exertion of their viewers, who must remain active and alert if each work's full pictorial and textual detail is to be recovered. In doing so they call into question the very tradition of contemplative aesthetic enjoyment of art to which they also richly and paradoxically contribute…' 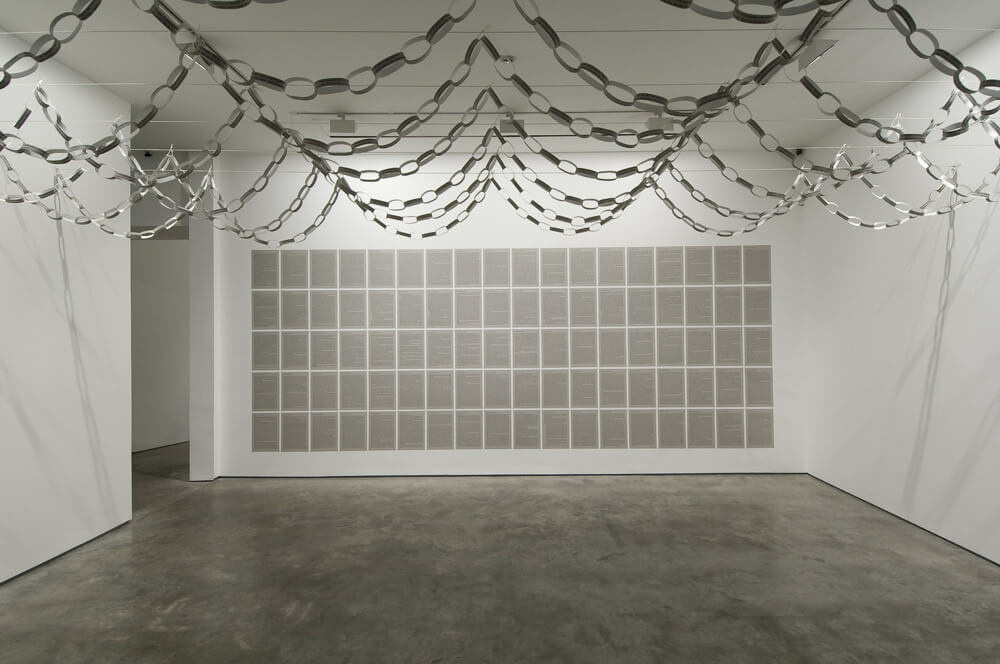 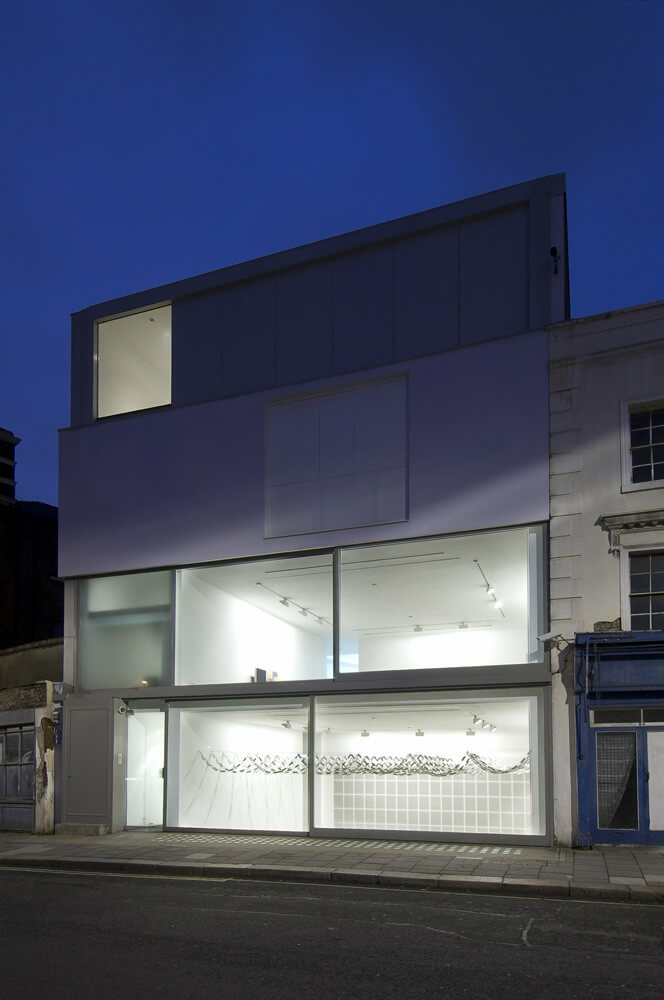 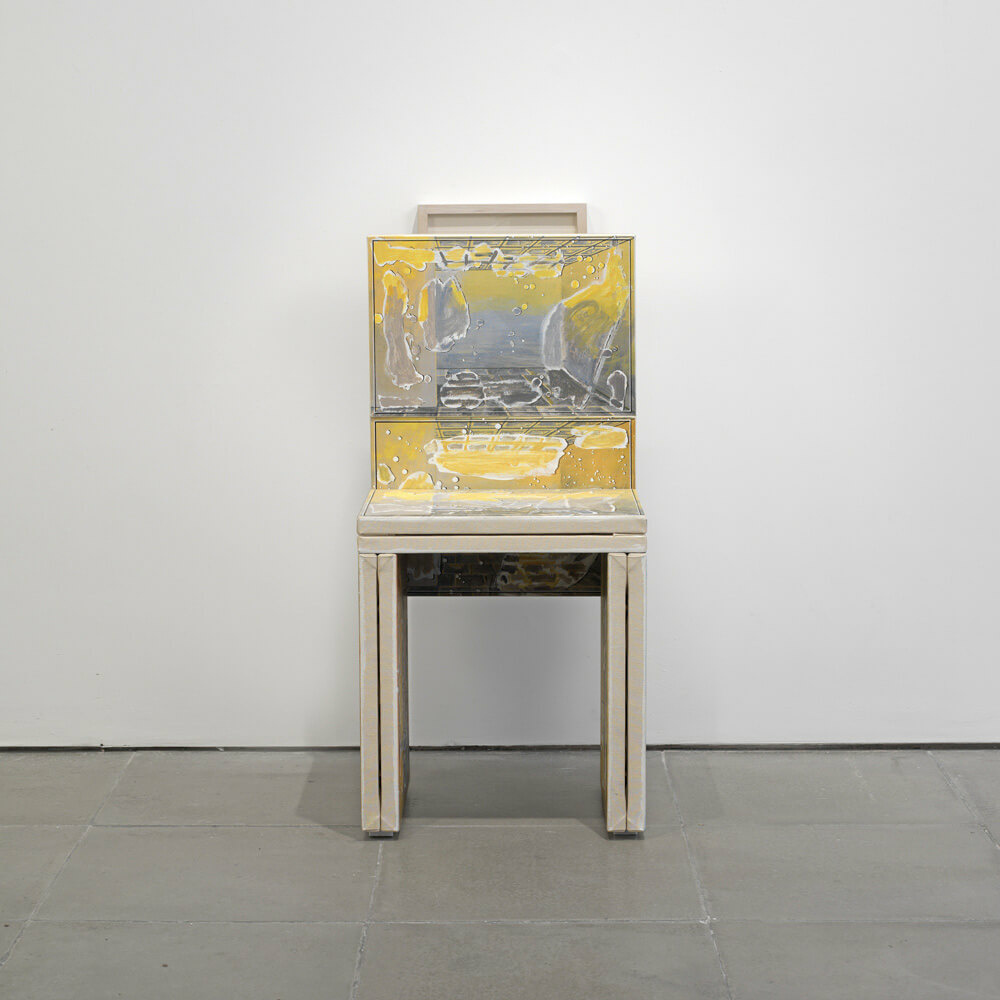 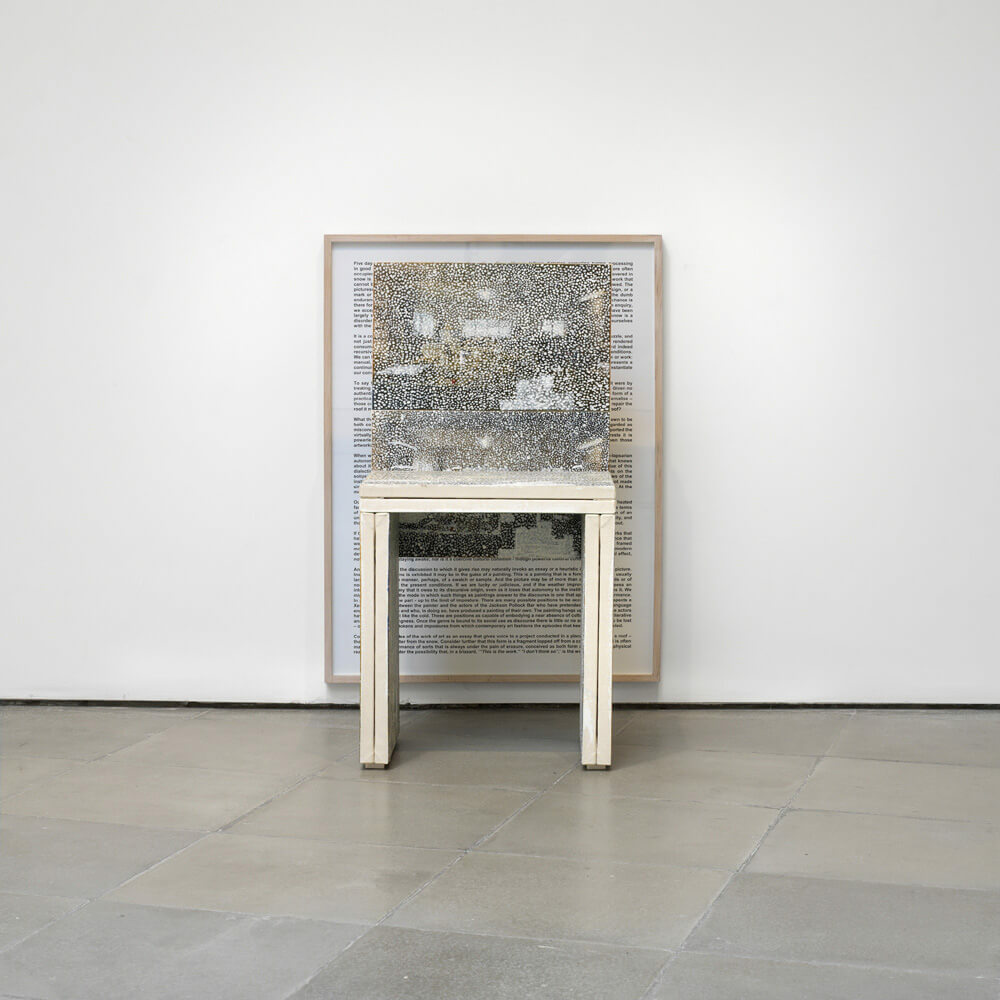 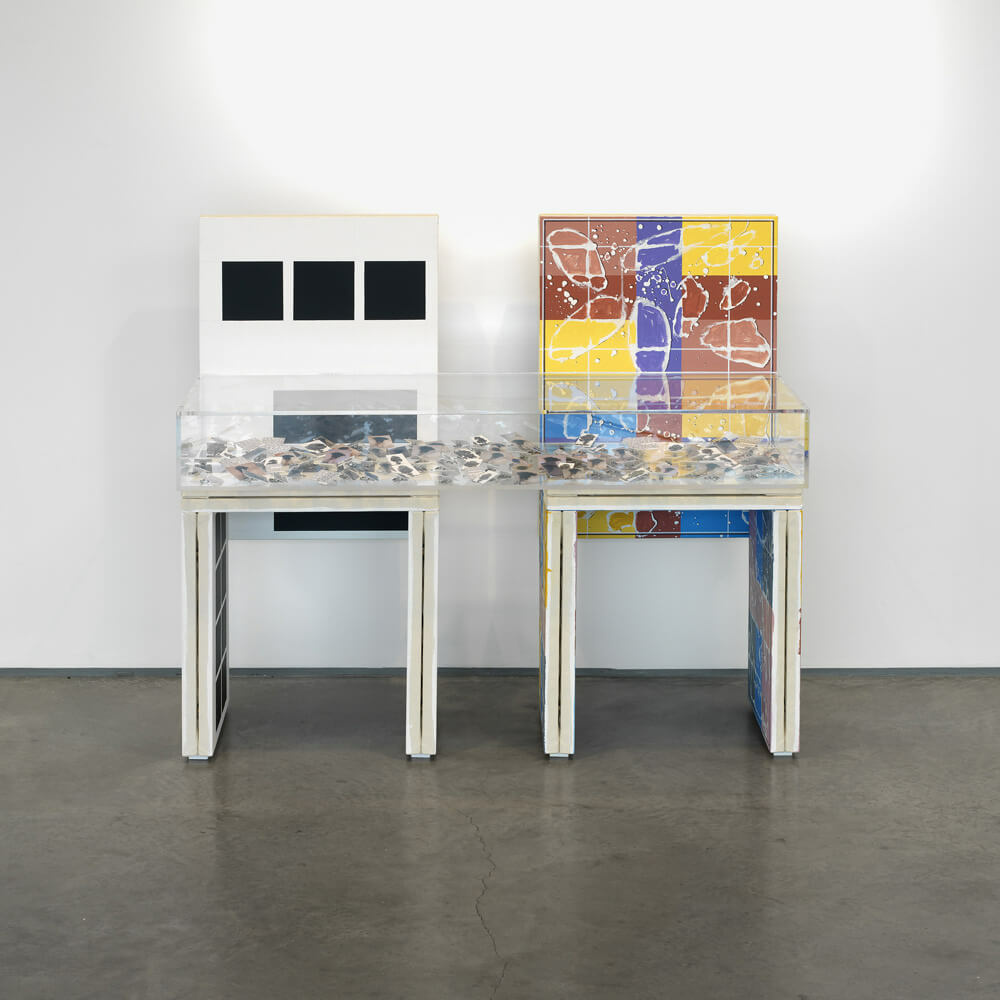