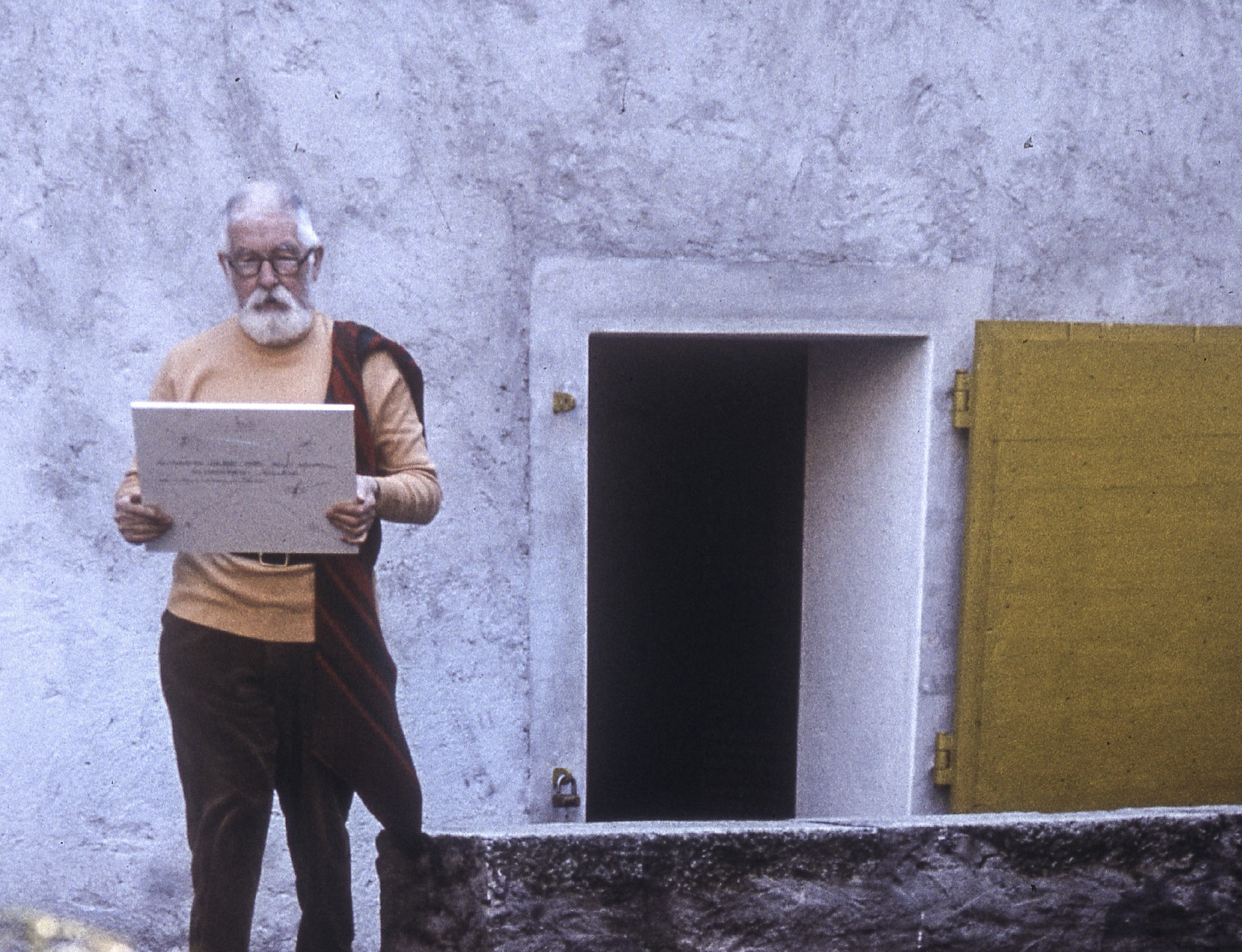 Lisson Gallery is staging the first ever solo exhibition in a New York gallery of post-war Italian Modernist painter Antonio Calderara (1903 – 1978). This introductory presentation spans the painter’s transition away from the official style of 1940s figuration towards his own unique mode of lyrical abstraction in the 1950s and ’60s, partly influenced by the Metaphysical movement of Giorgio de Chirico and then informed by other artists based in Milan such as Lucio Fontana and Piero Manzoni. The show centres on Calderara’s predilection for ‘doubling’ or mirroring forms in his work, as seen in an early self-portrait, a canvas featuring twin girls with matching ponytails or in many of his later, vertically split geometric compositions.

The motif of the double can be seen in both the 1953 Autoritratto, featuring the artist’s doppelganger and a pair of Siamese cats impossibly reflected and refracted in a studio mirror, as well as in the 1957 double portrait entitled Noi (meaning ‘We’), featuring him and his wife, Carmela, superimposed on top of one another. While this was one of the last portraits Calderara made, he also stopped painting curved lines a year later, employing instead simple flat blocks, squares and lines of color. Situated neither within Constructivist nor Minimalist movements, his pared-down vocabulary and precise measurements nevertheless positioned Calderara closely with other Modernist painters of the time, including Piet Mondrian and Josef Albers, both of whom the artist admired greatly.

Among the later works produced during the 1960s and ’70s, Calderara’s use of a single picture plane – across which the dual forms tend to share space on either side of a central division line, either real or imagined – now become fractured and begin to shatter into multiple panels, including one horizontally aligned series of chromatic variations from 1969-71, which is split into 18 individual parts. The show is deliberately not hung in chronological progression, in order to highlight the constant reference and return to the duplication and doubling of images, instead relying on pairings or juxtapositions of works. A newspaper-inspired guide to the exhibition features a new essay by the show’s curator, Andreas Leventis, as well as archival reviews and photographs of Calderara at work and alongside his contemporaries. 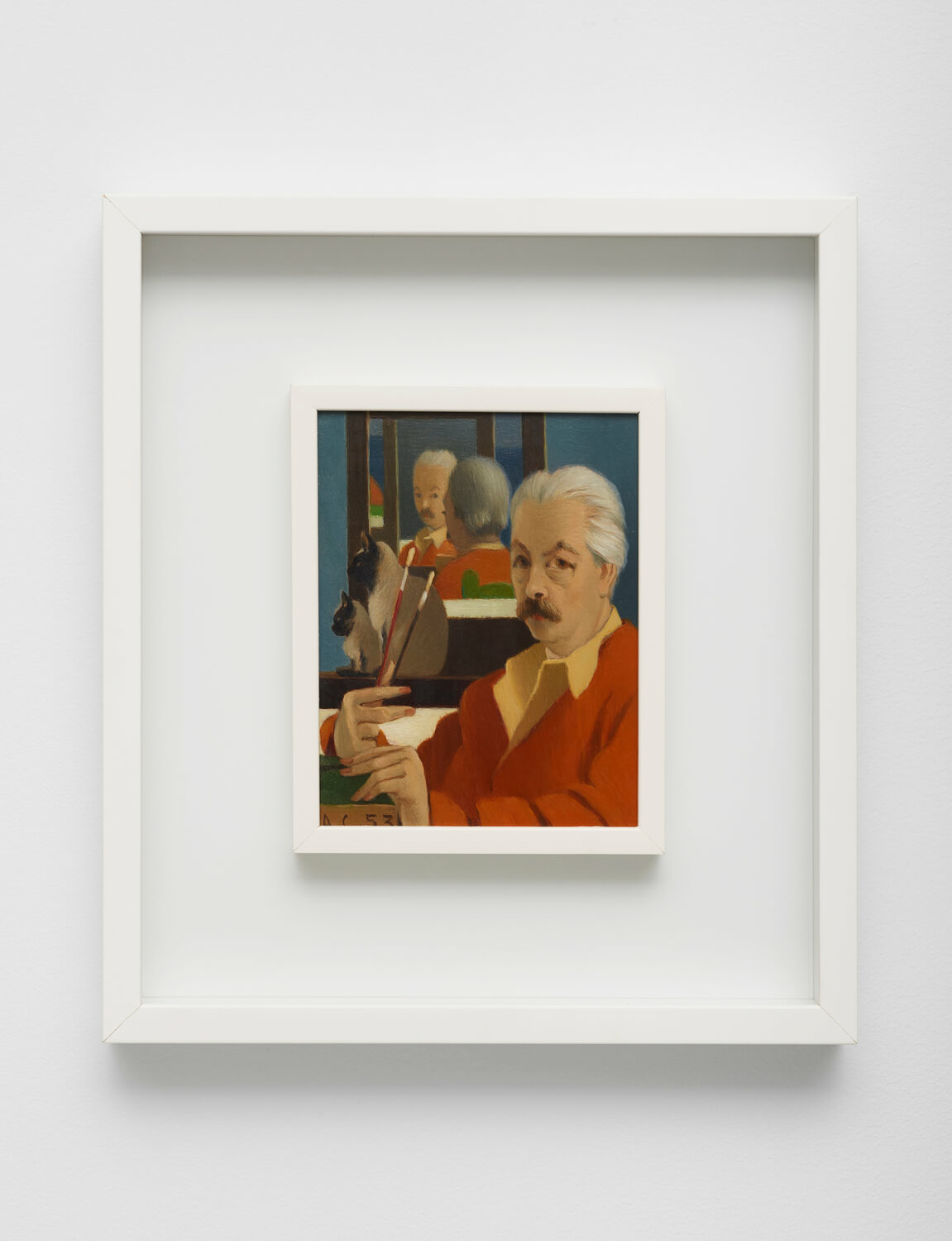 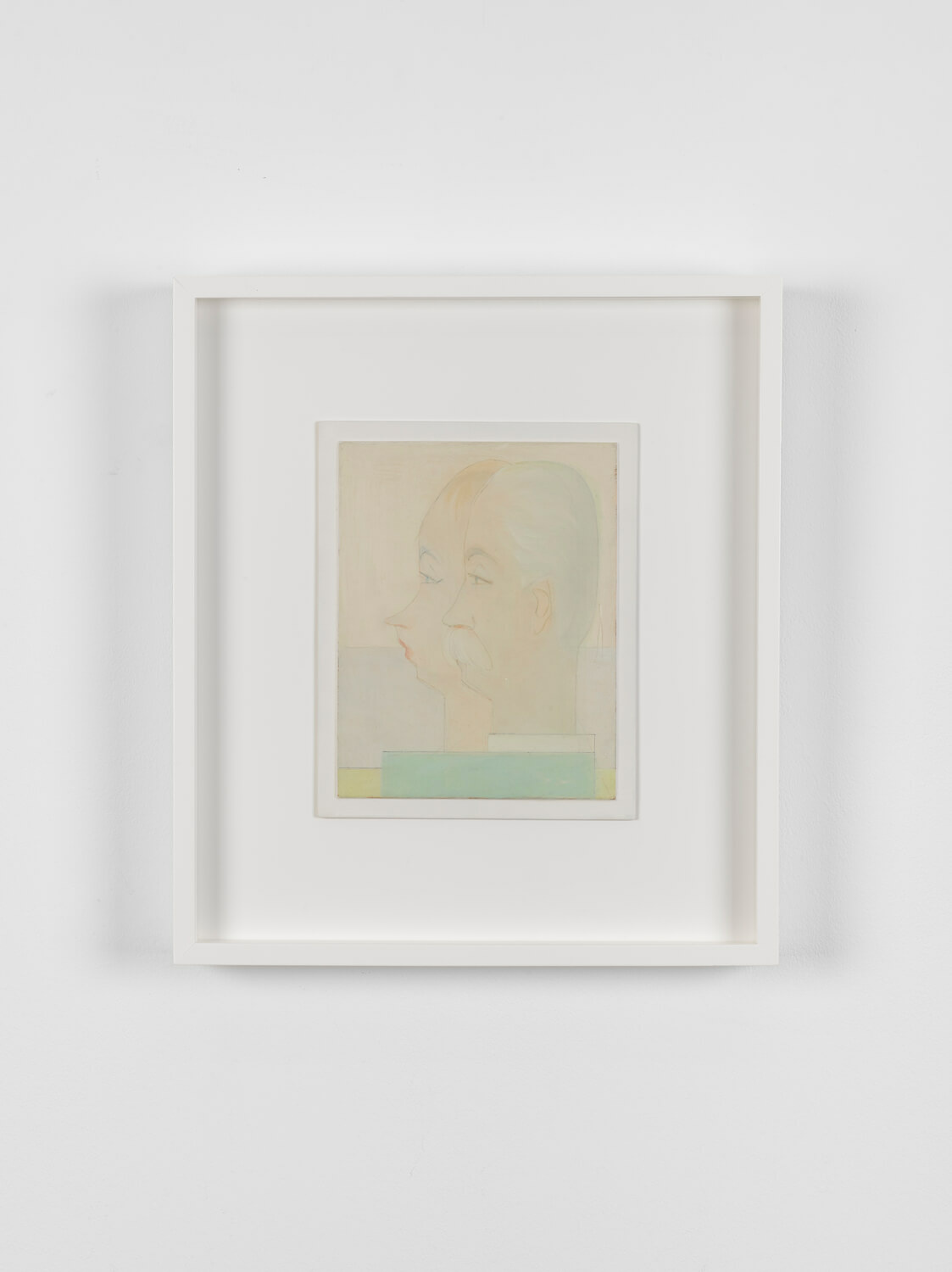 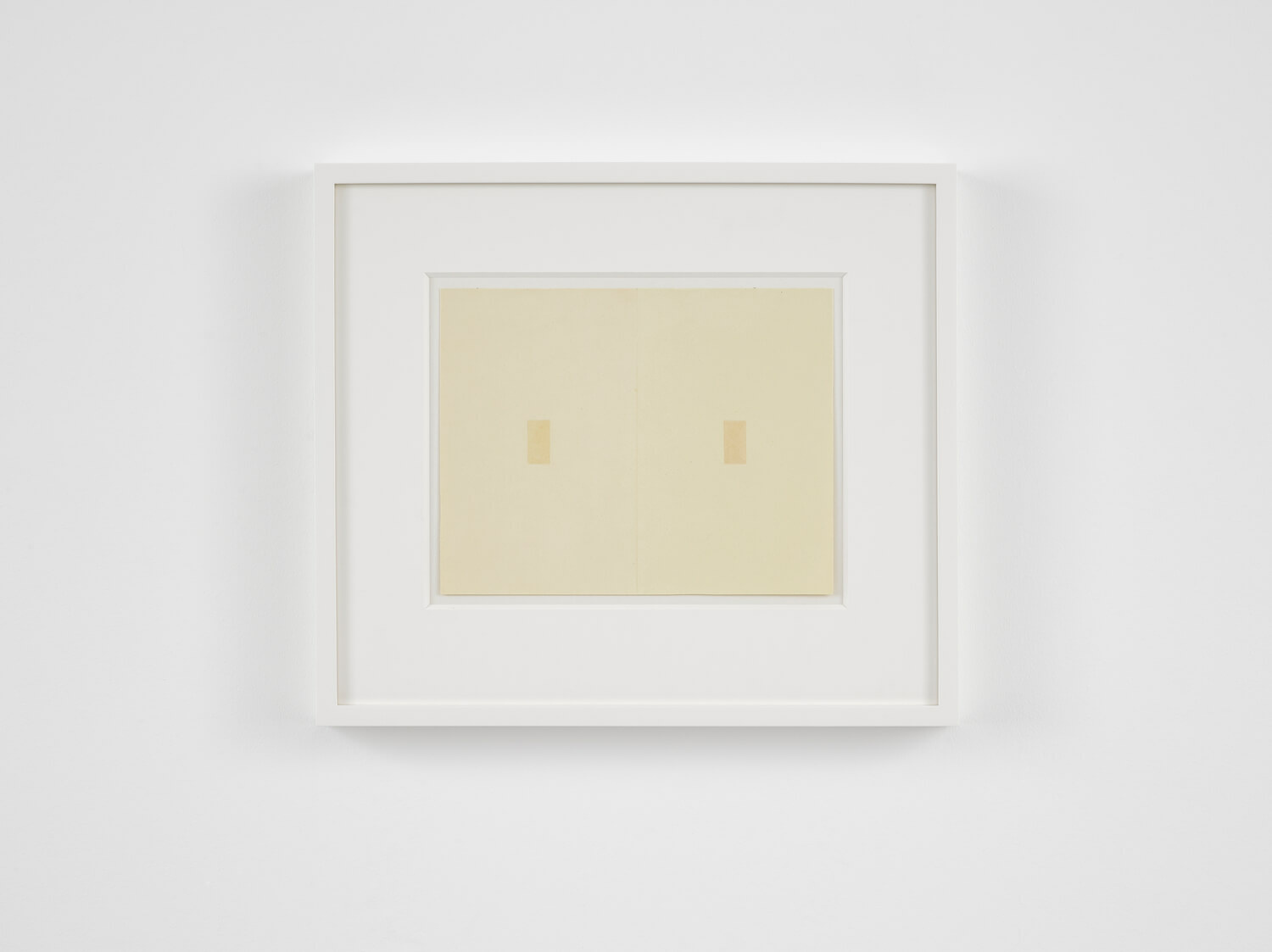 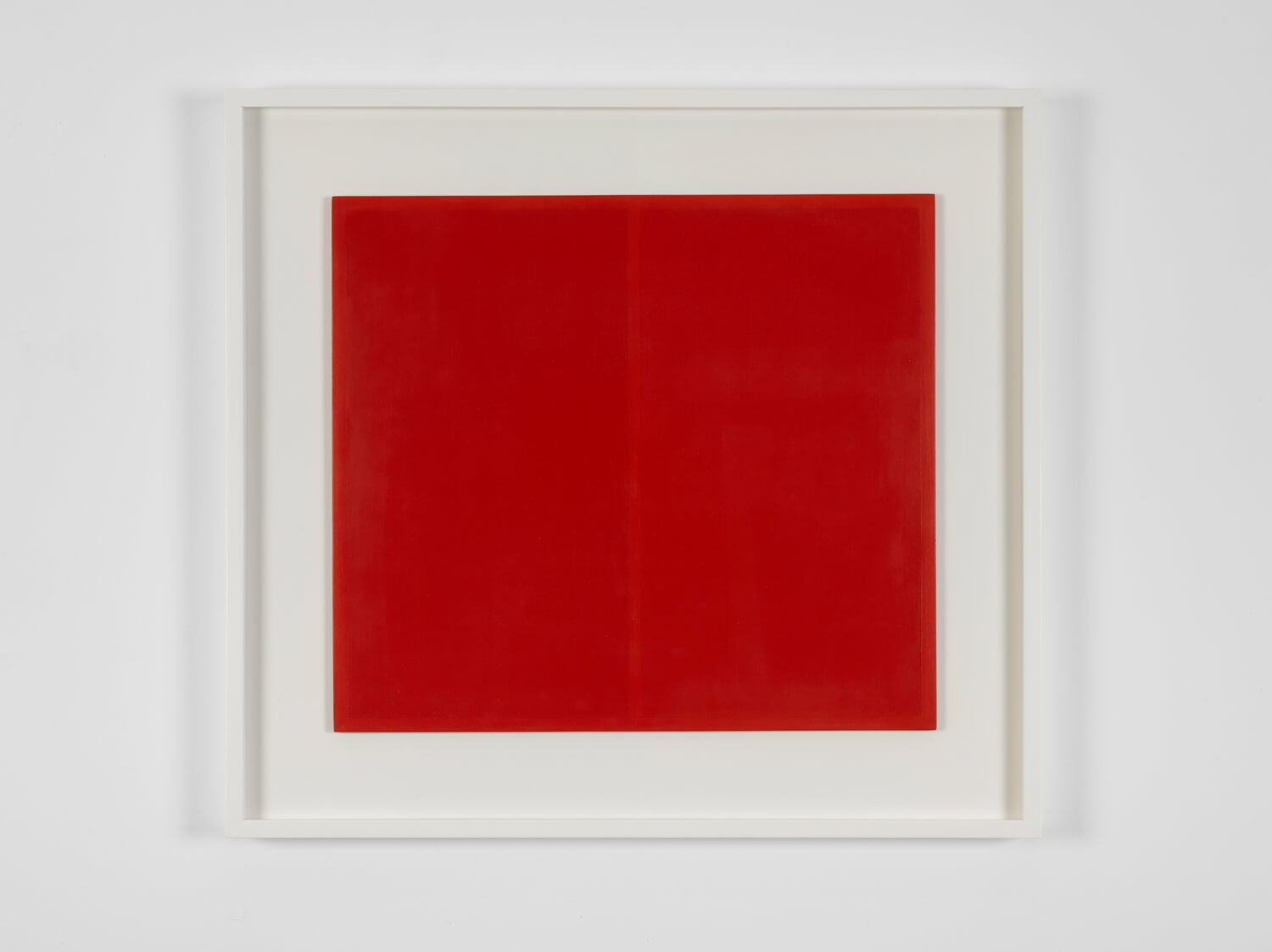 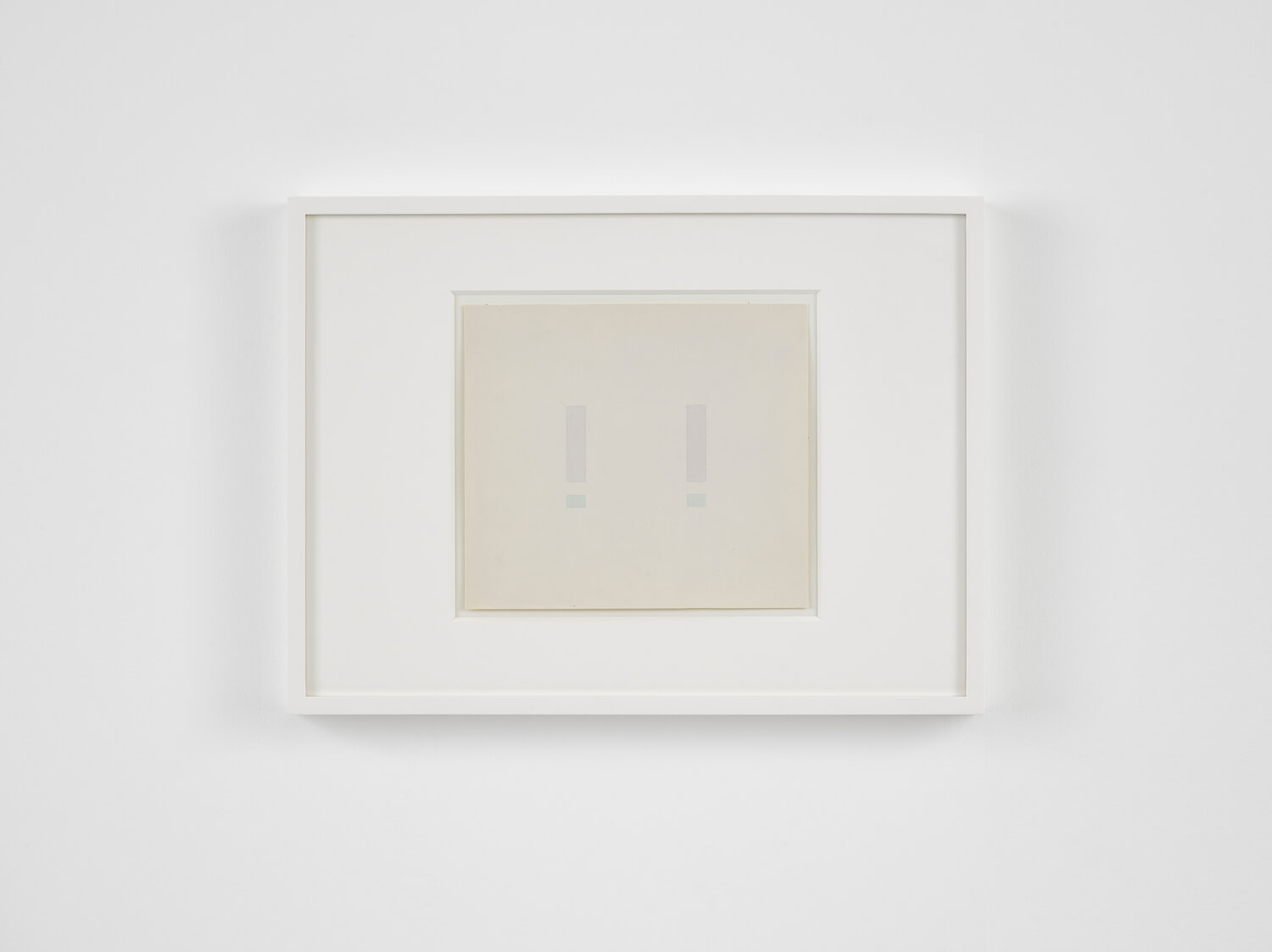 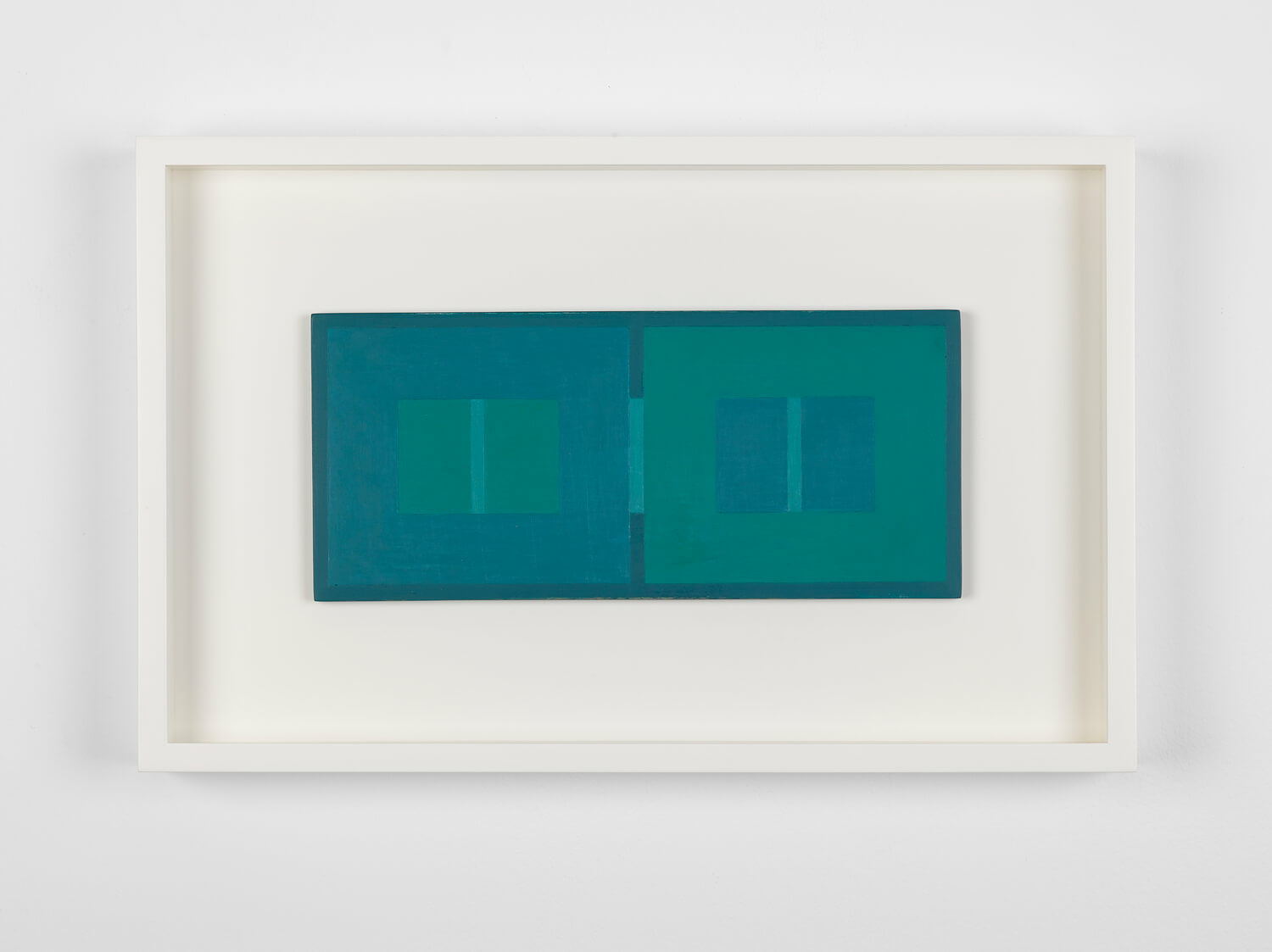 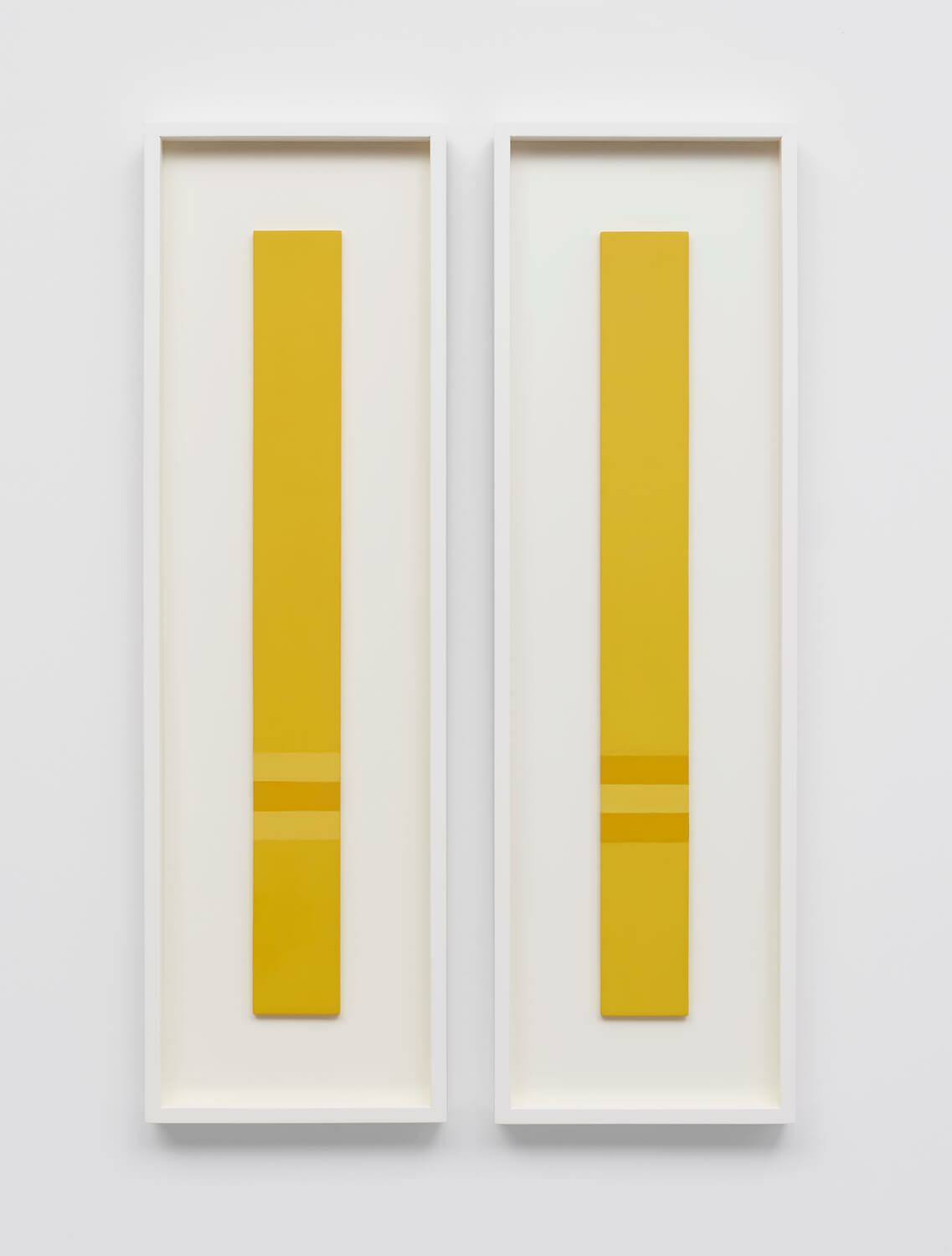 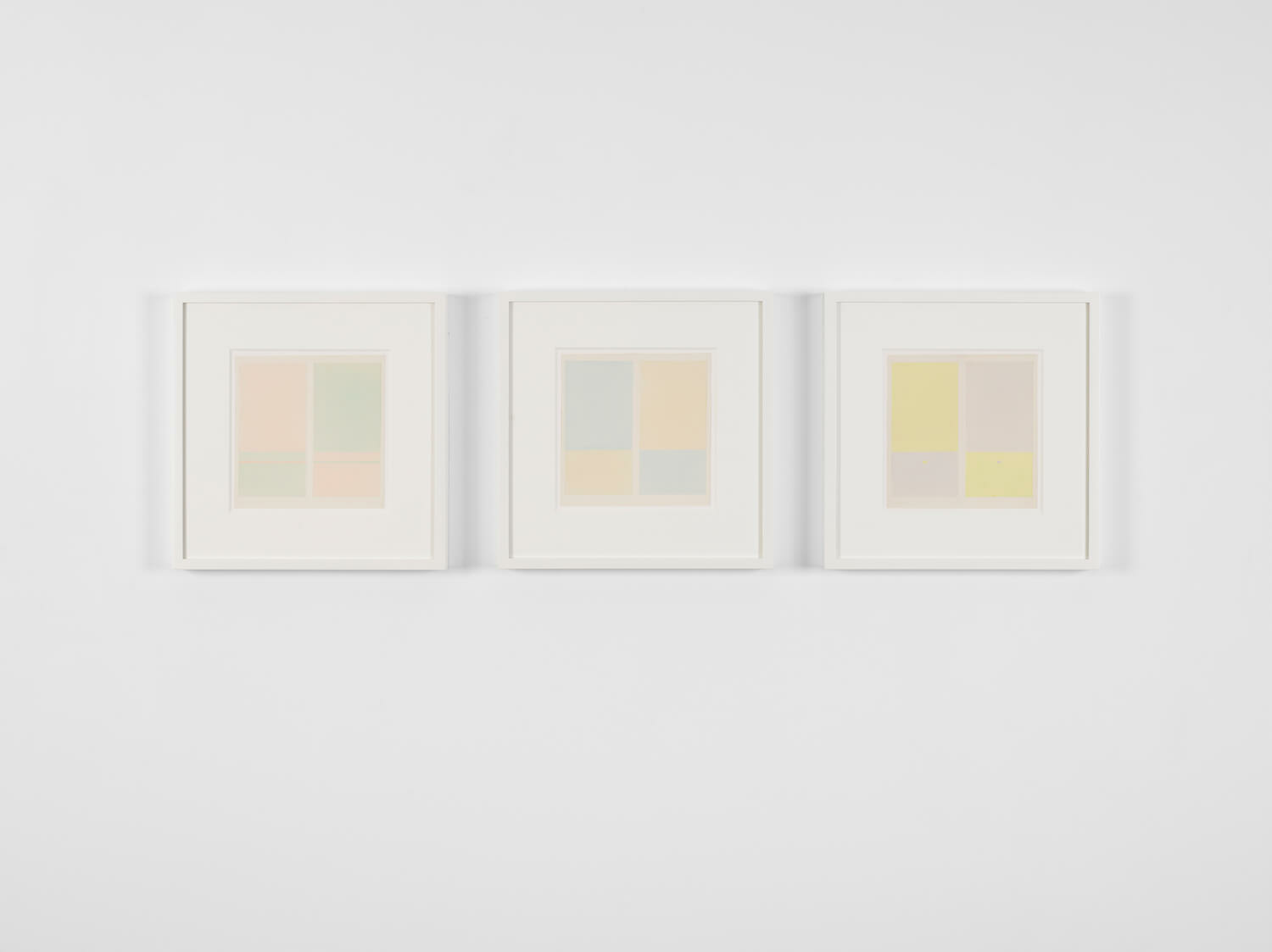 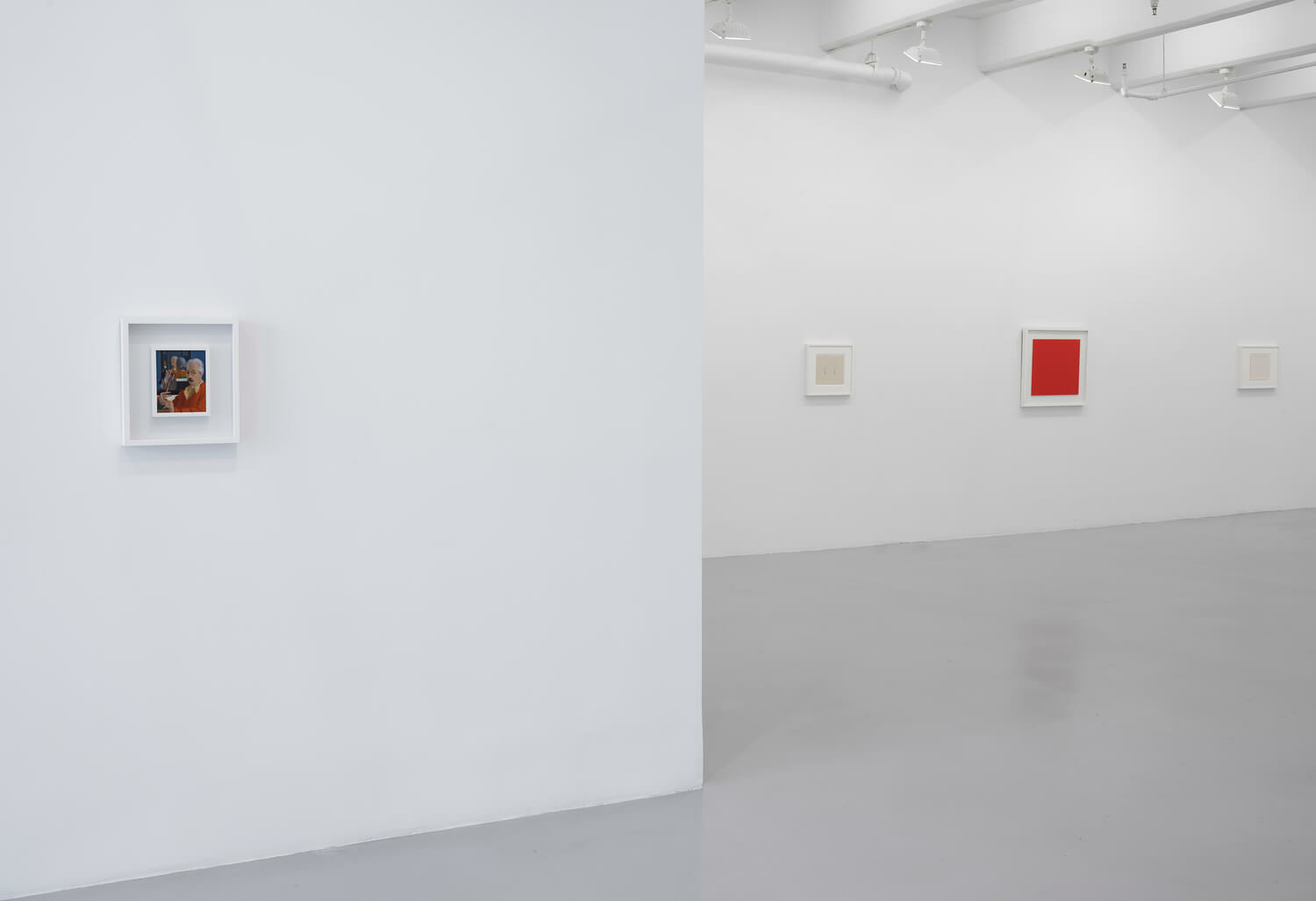 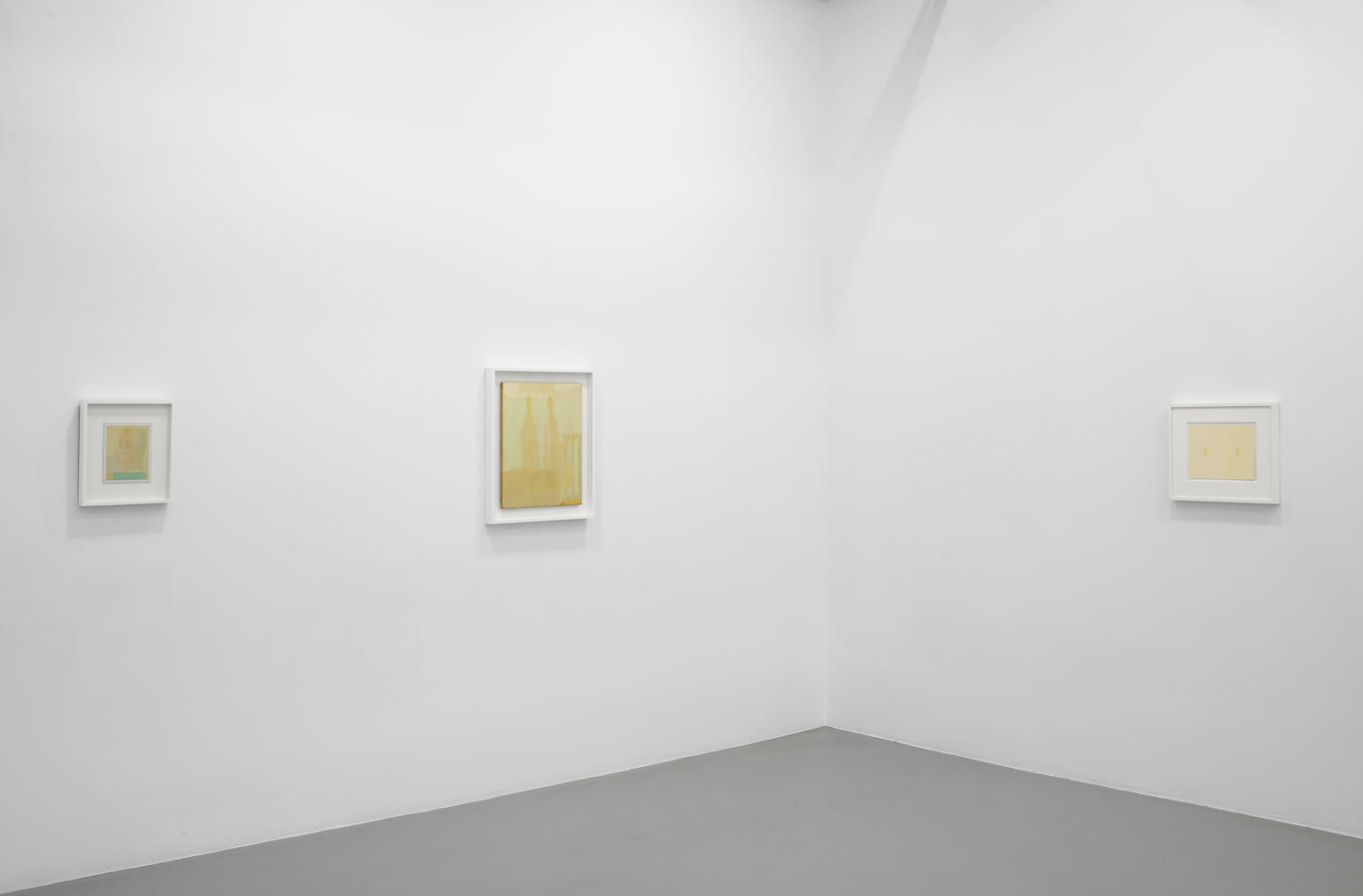 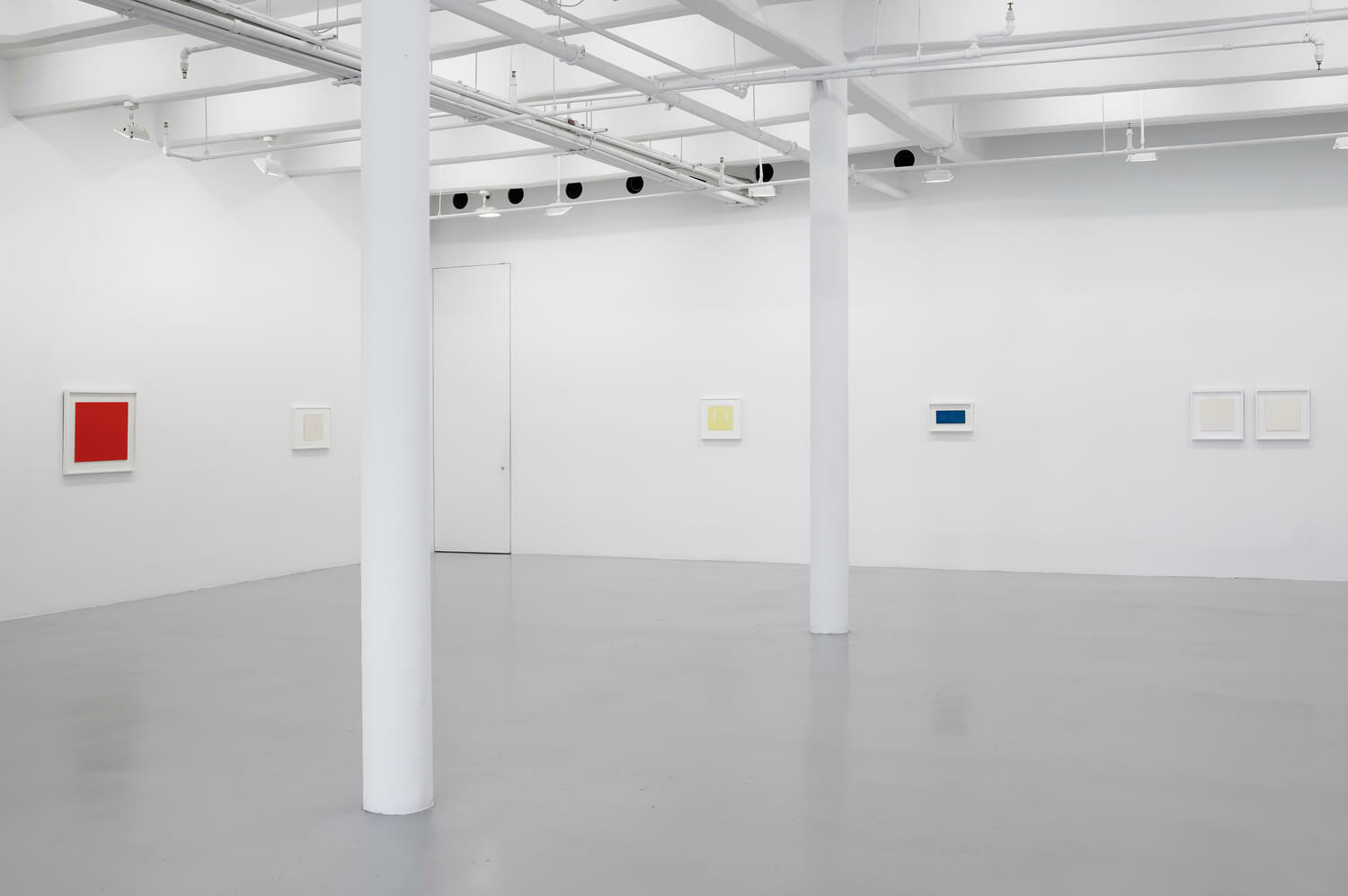 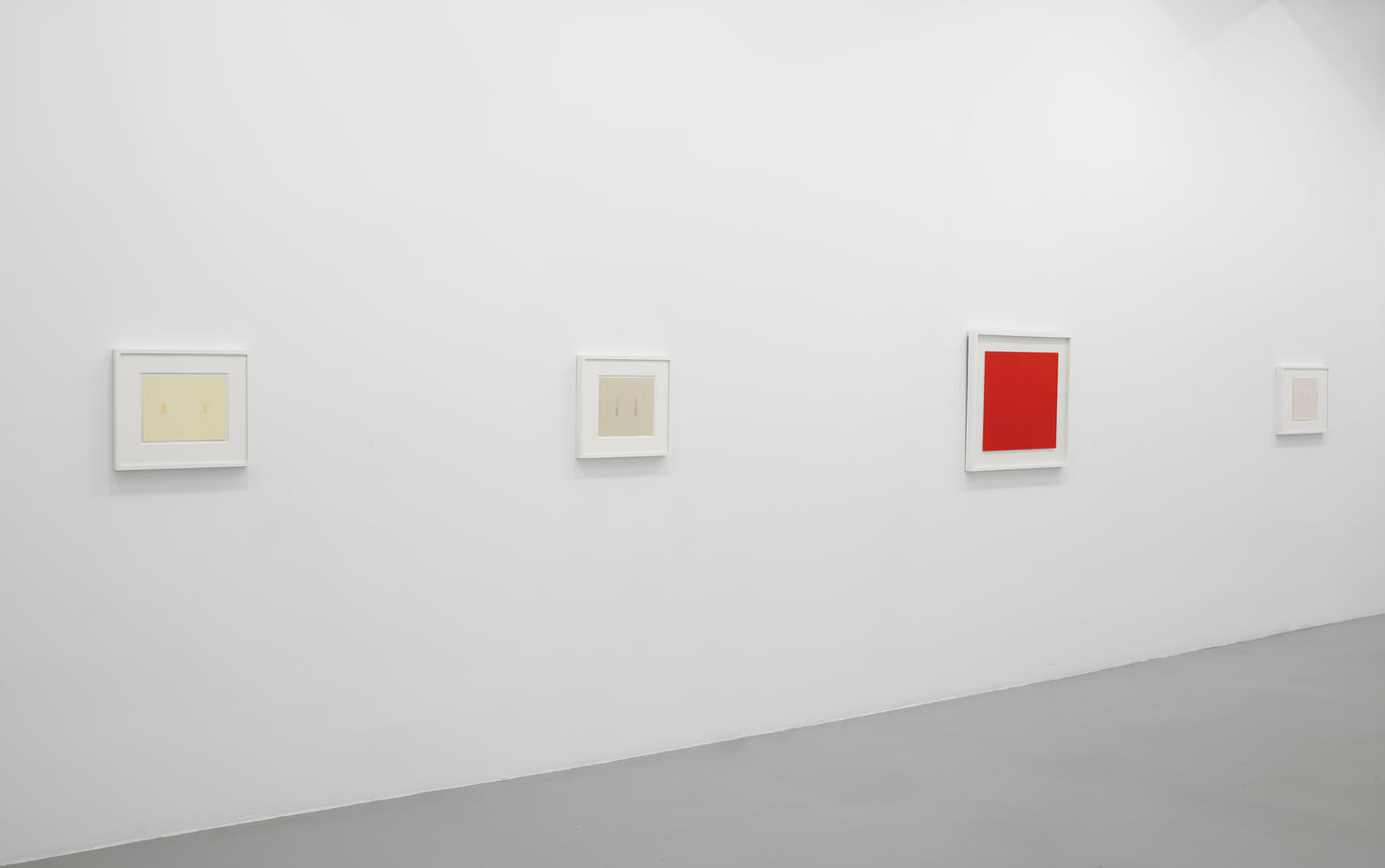 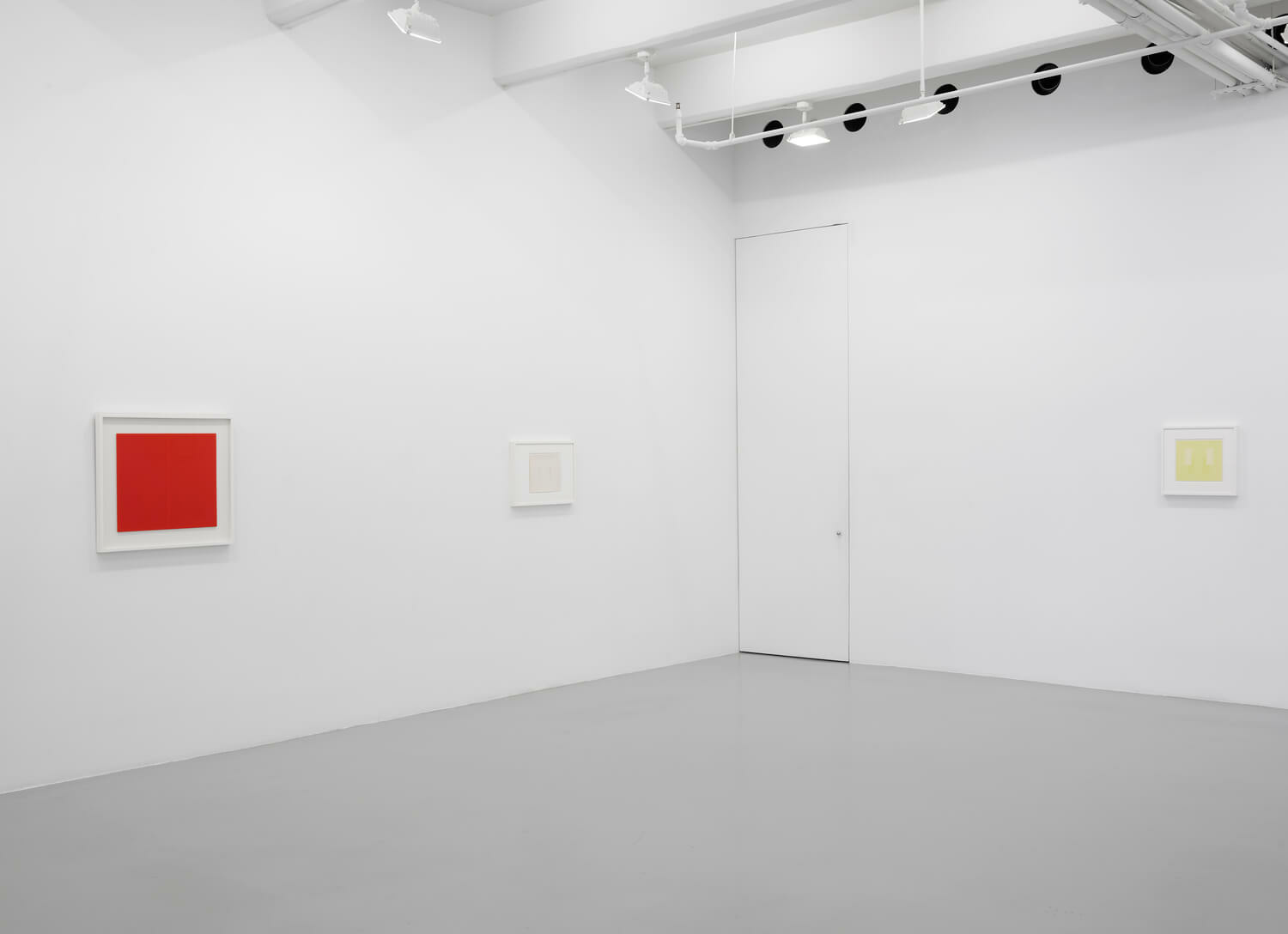 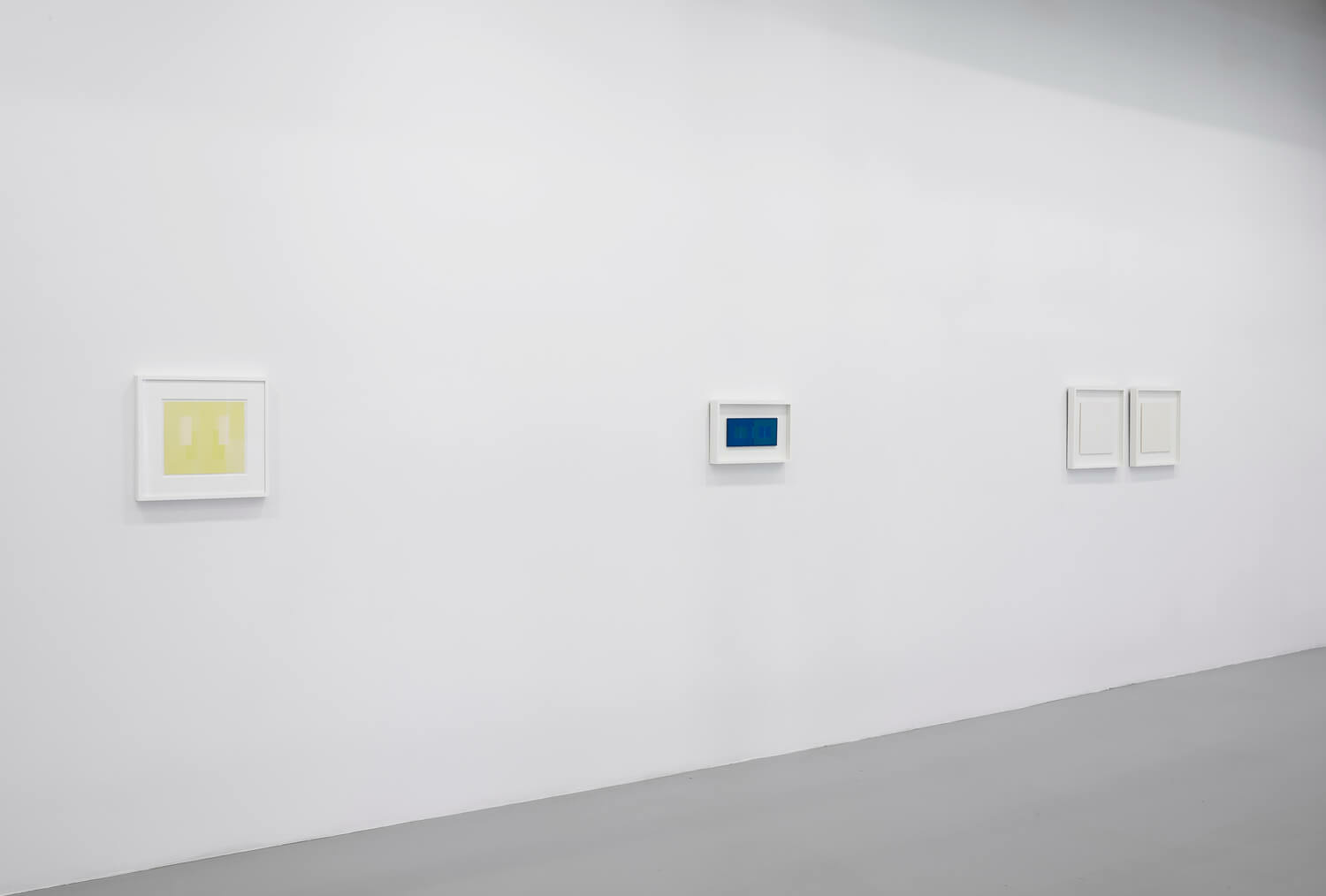 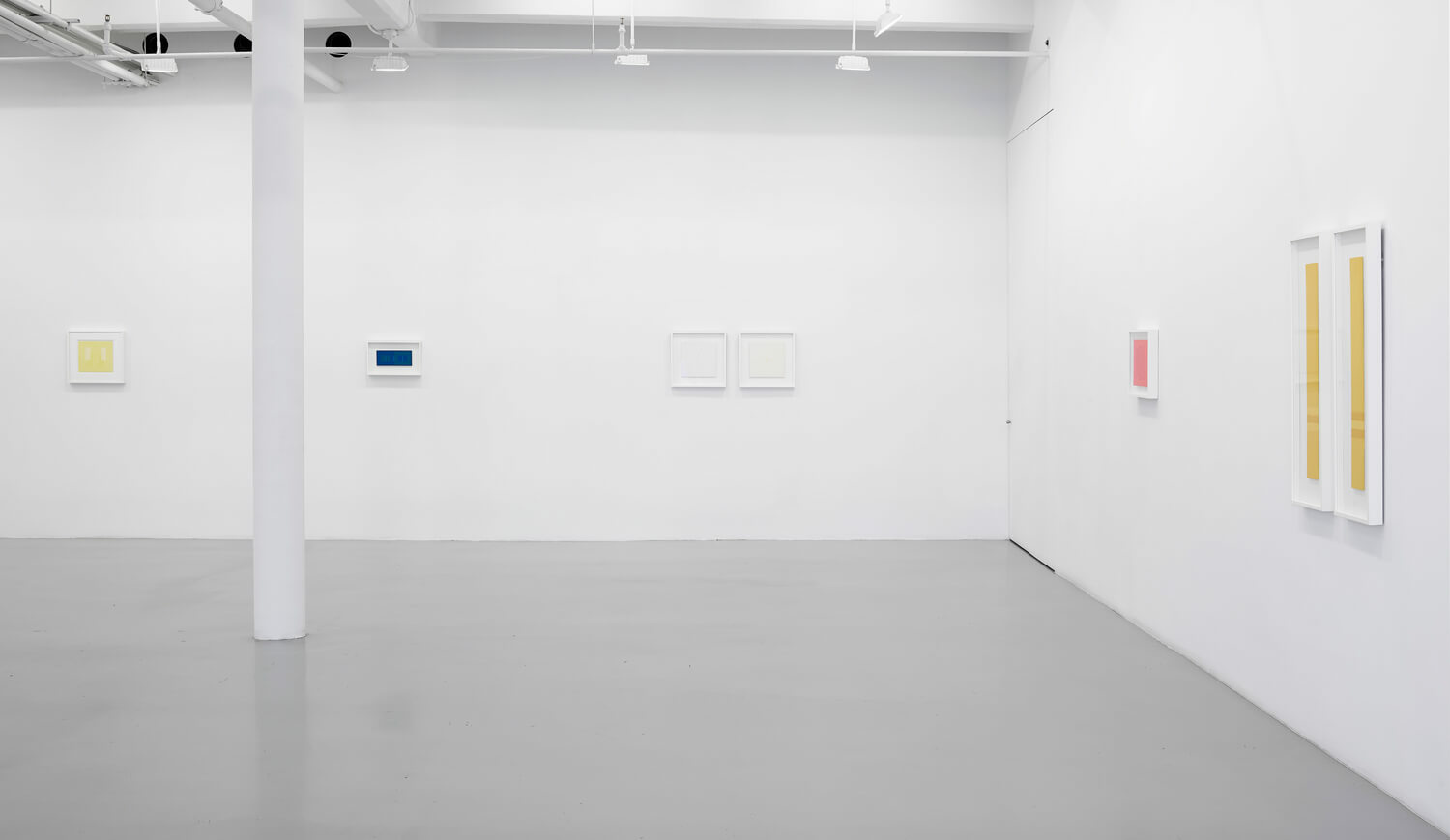 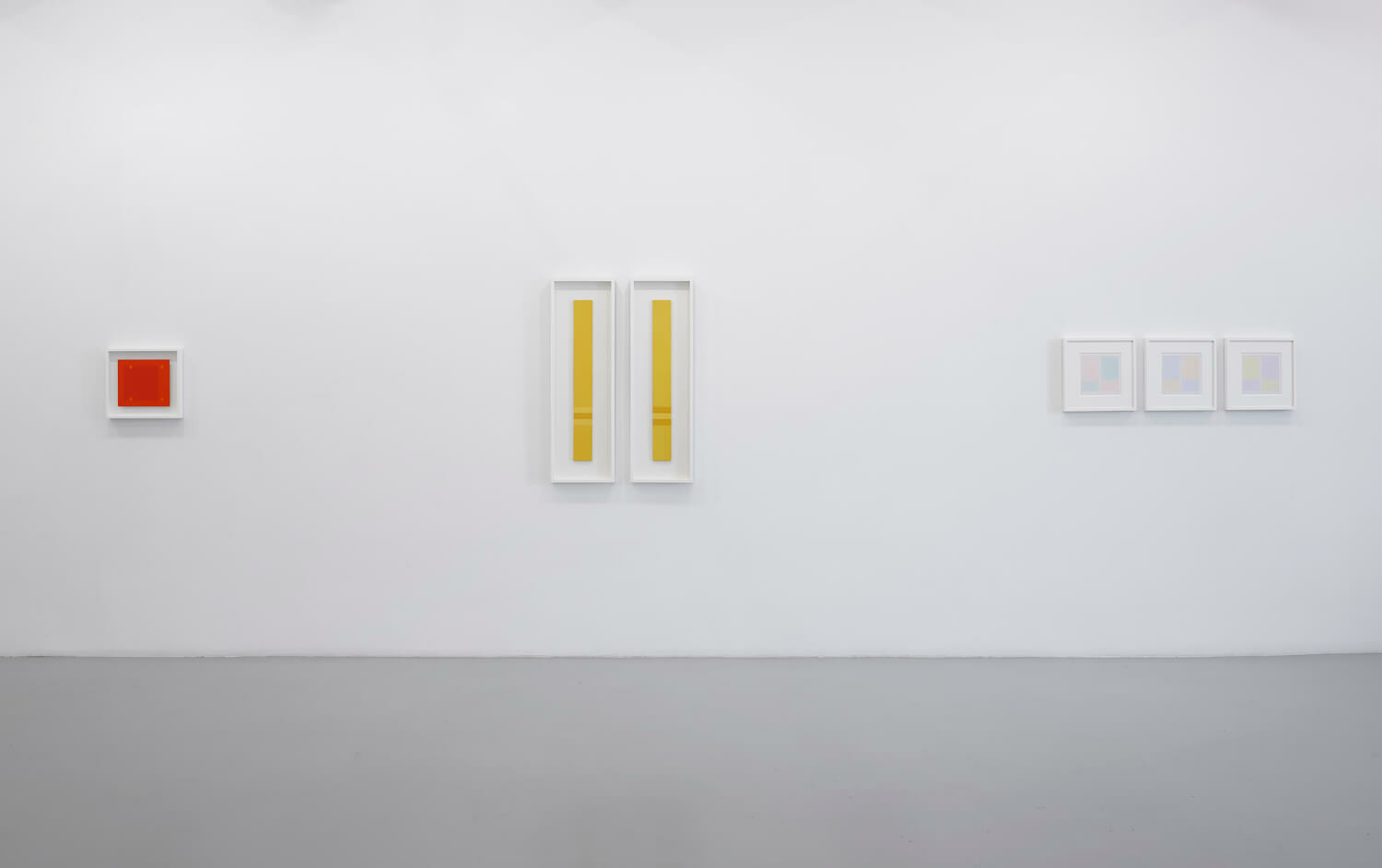 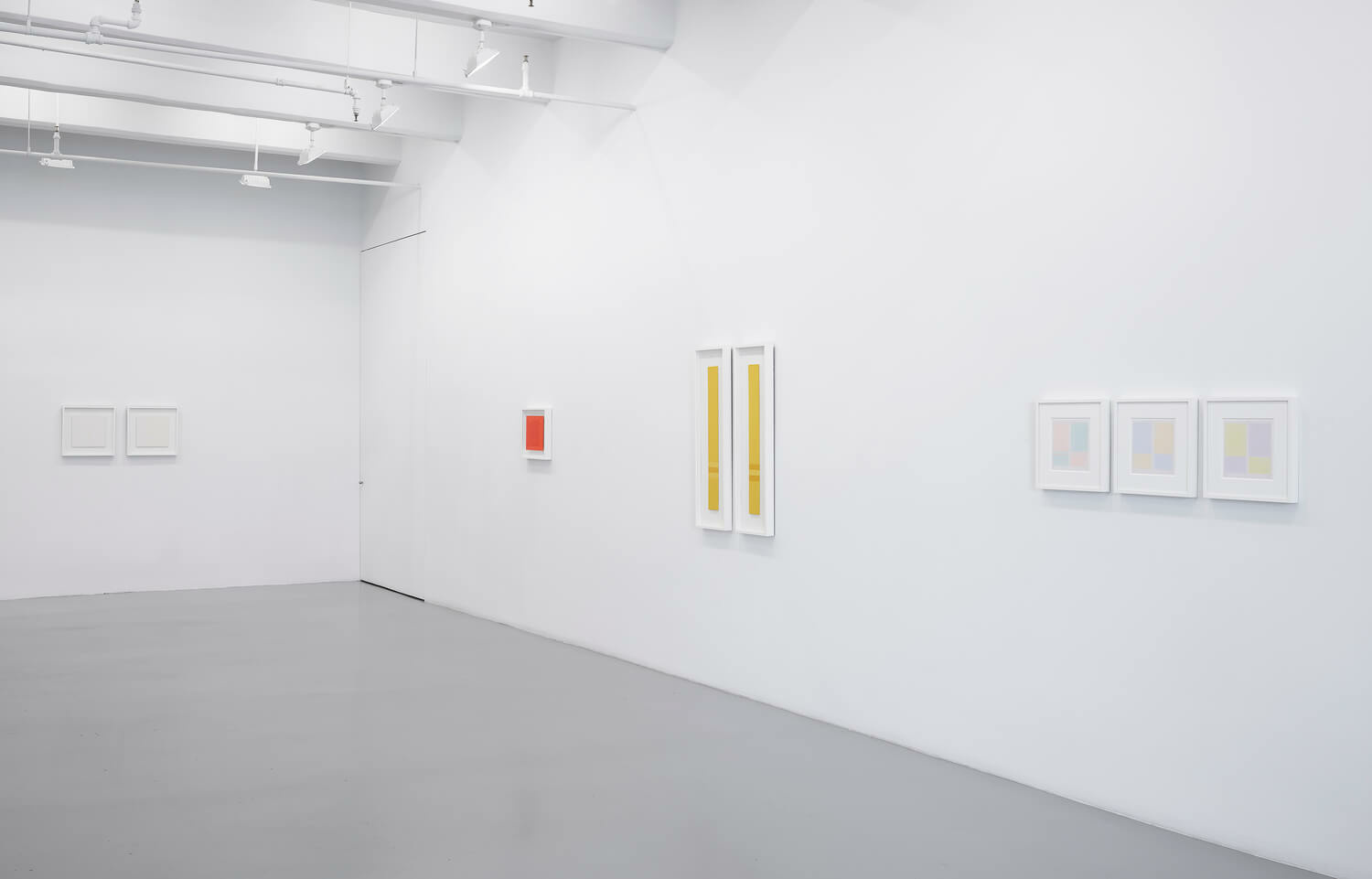 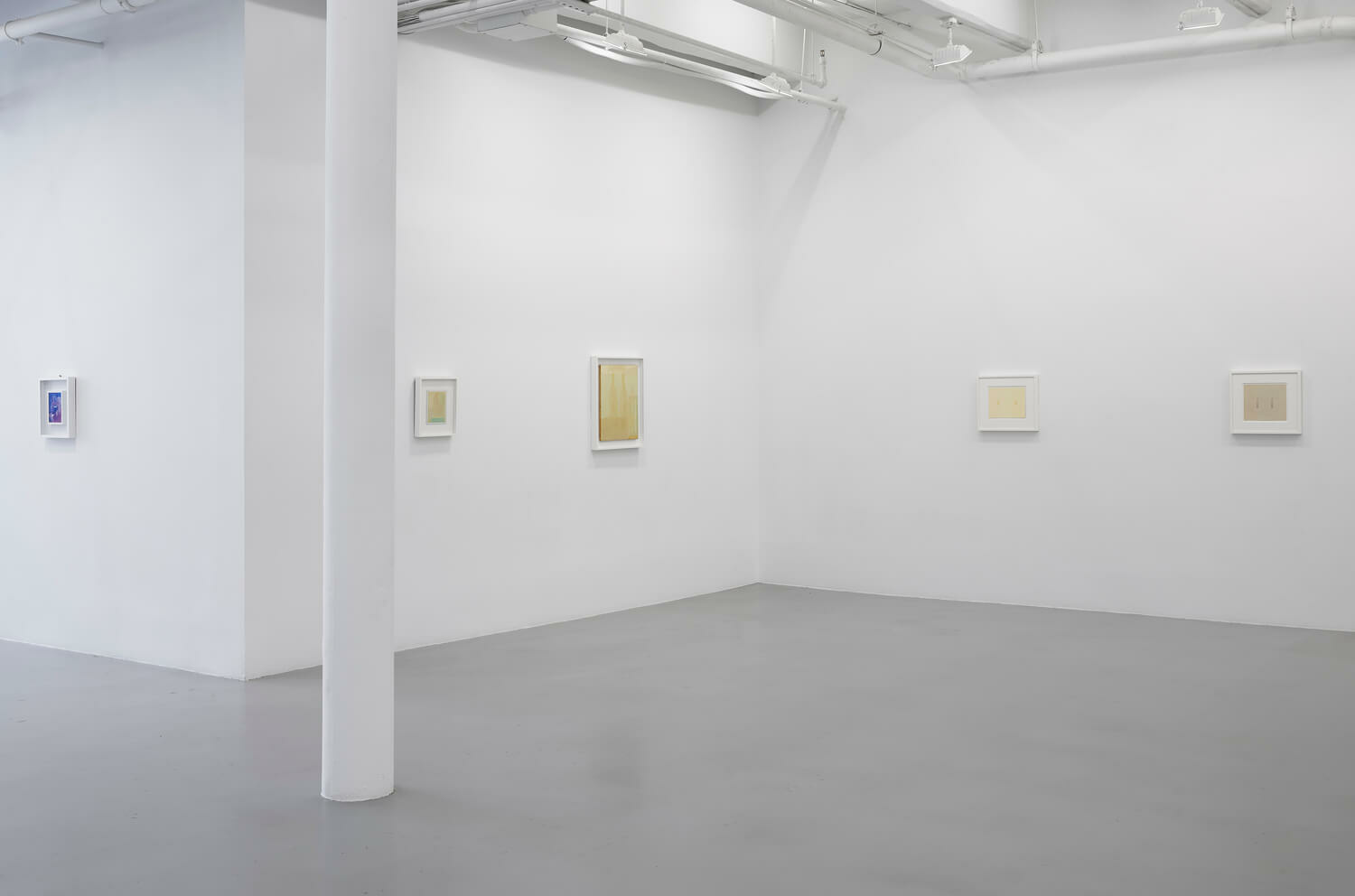 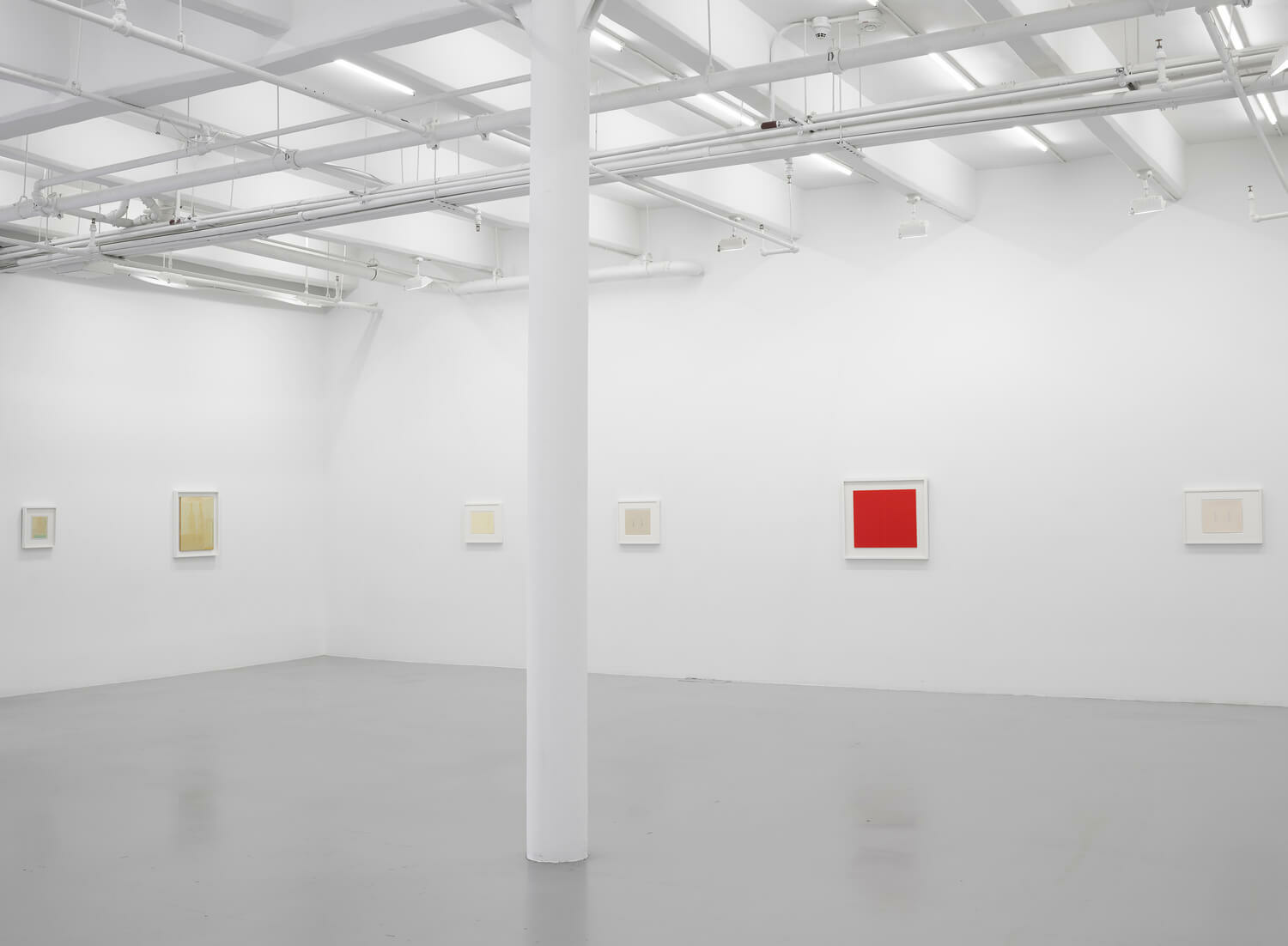