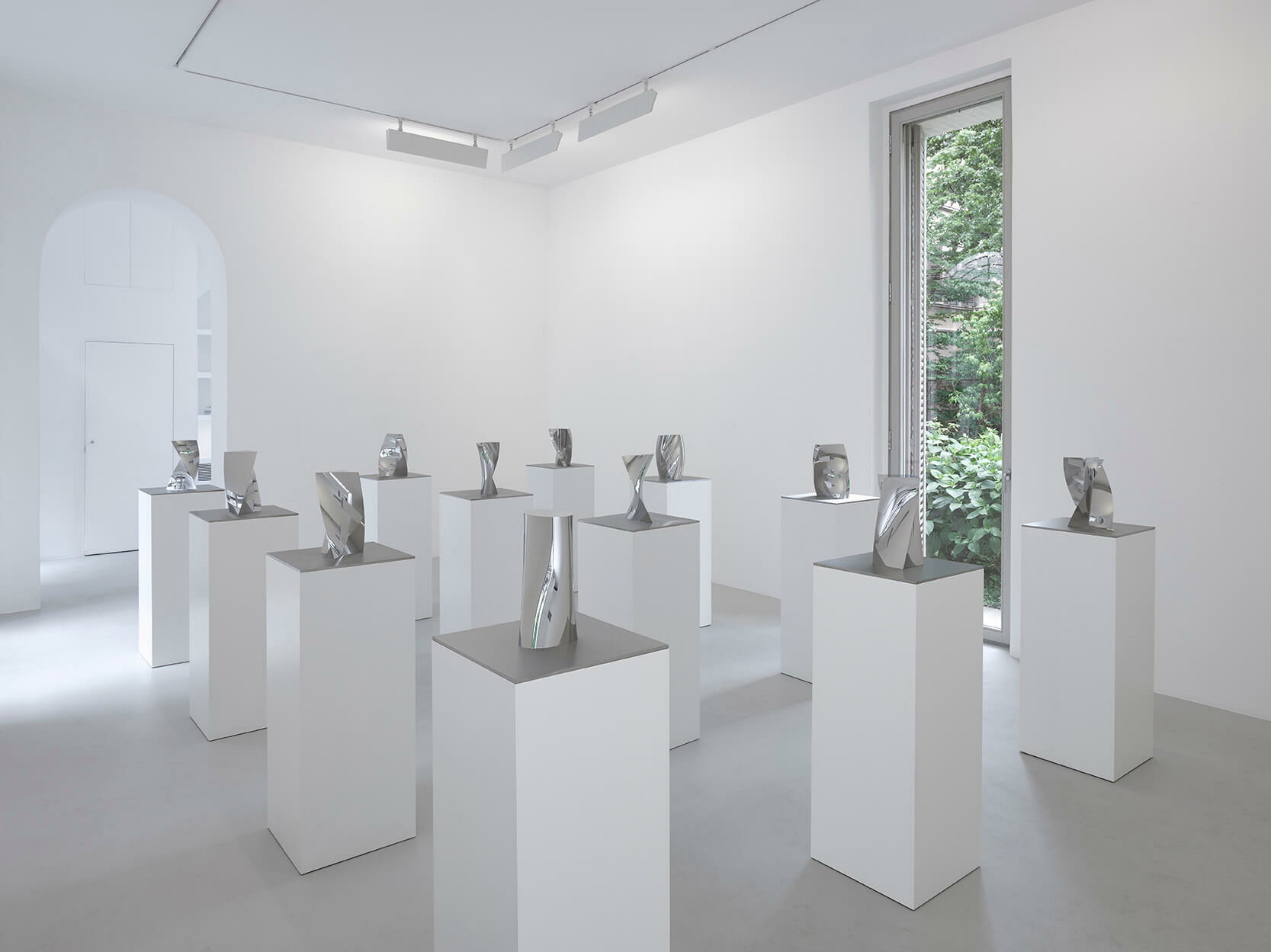 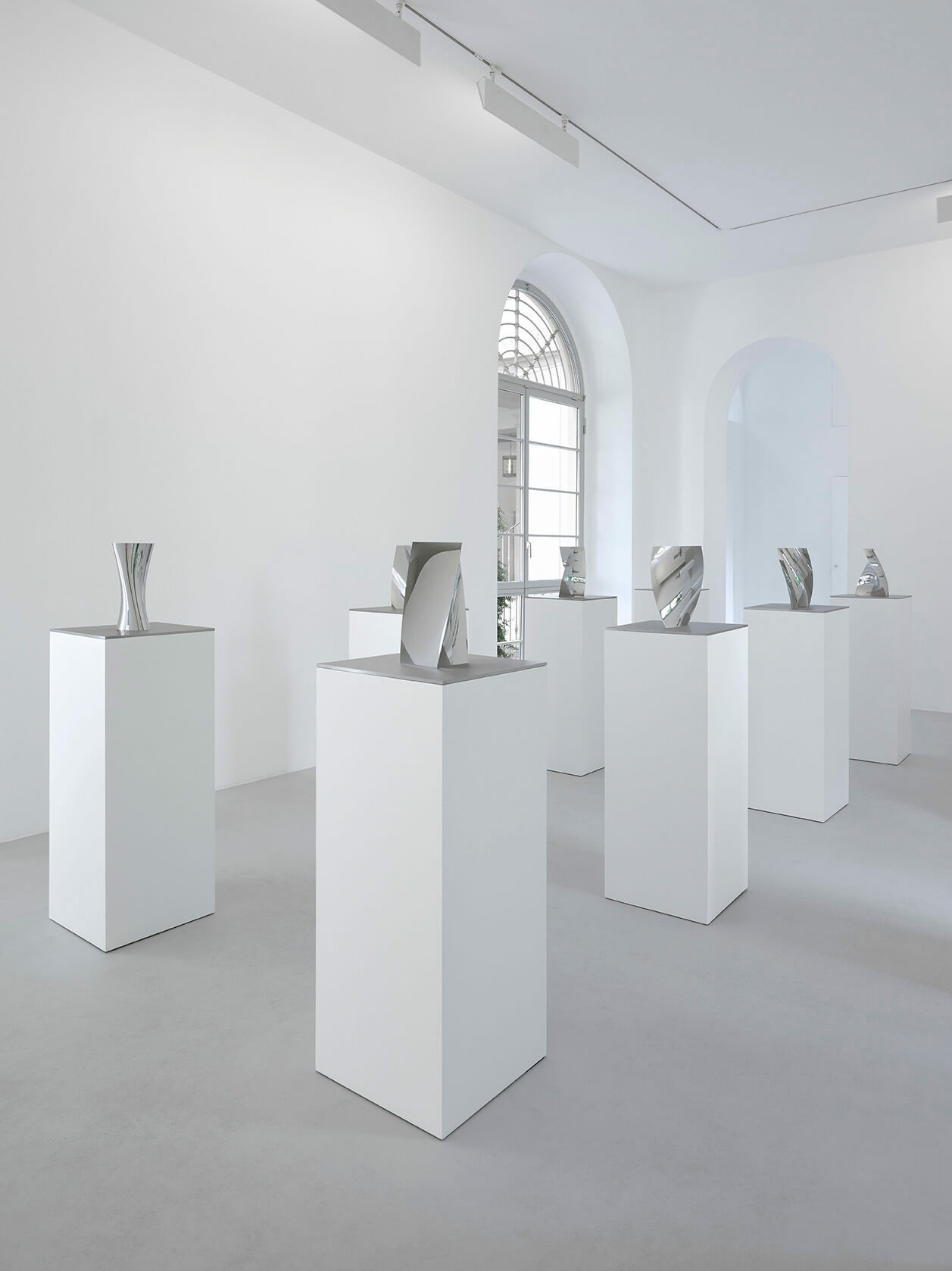 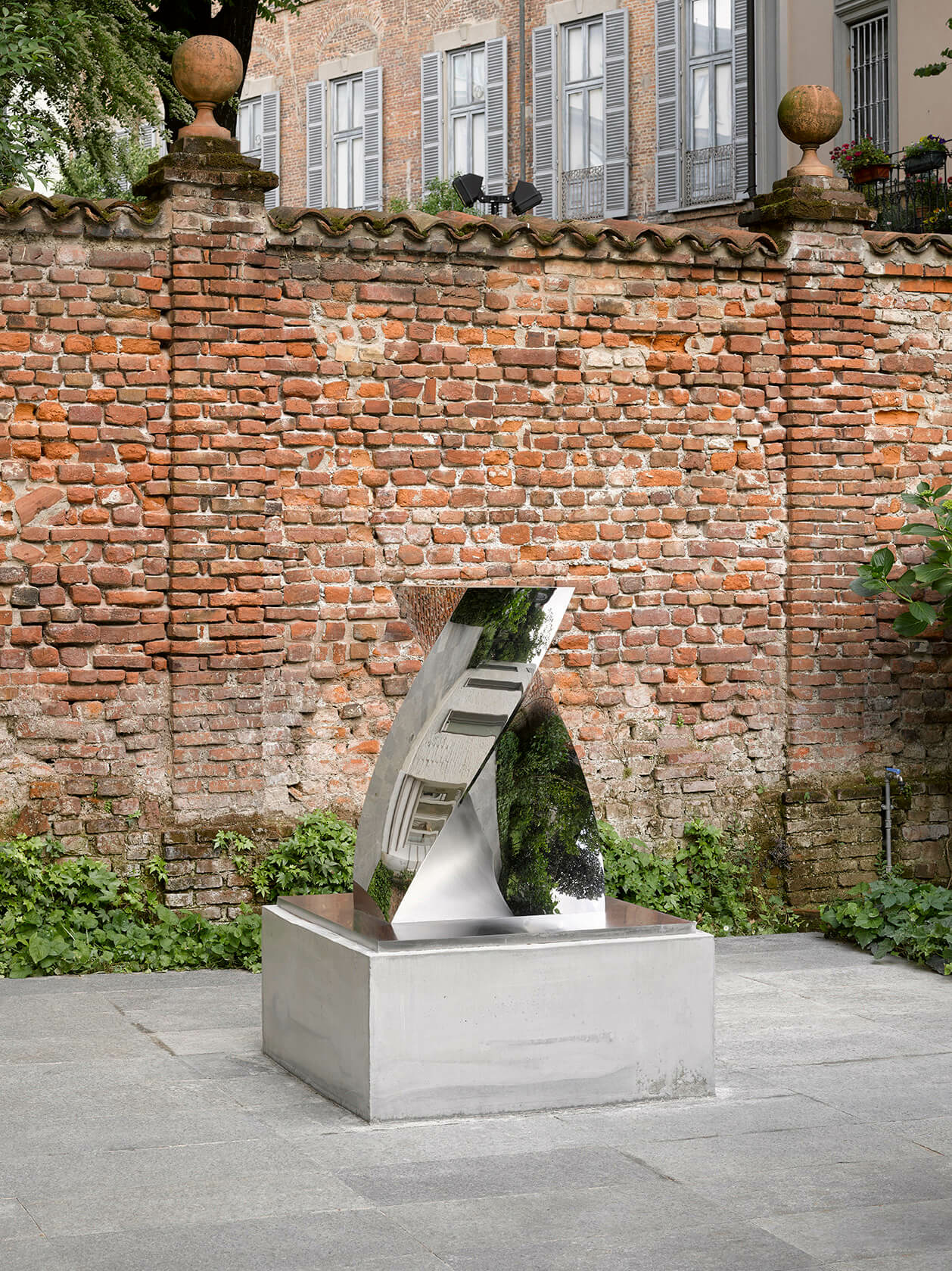 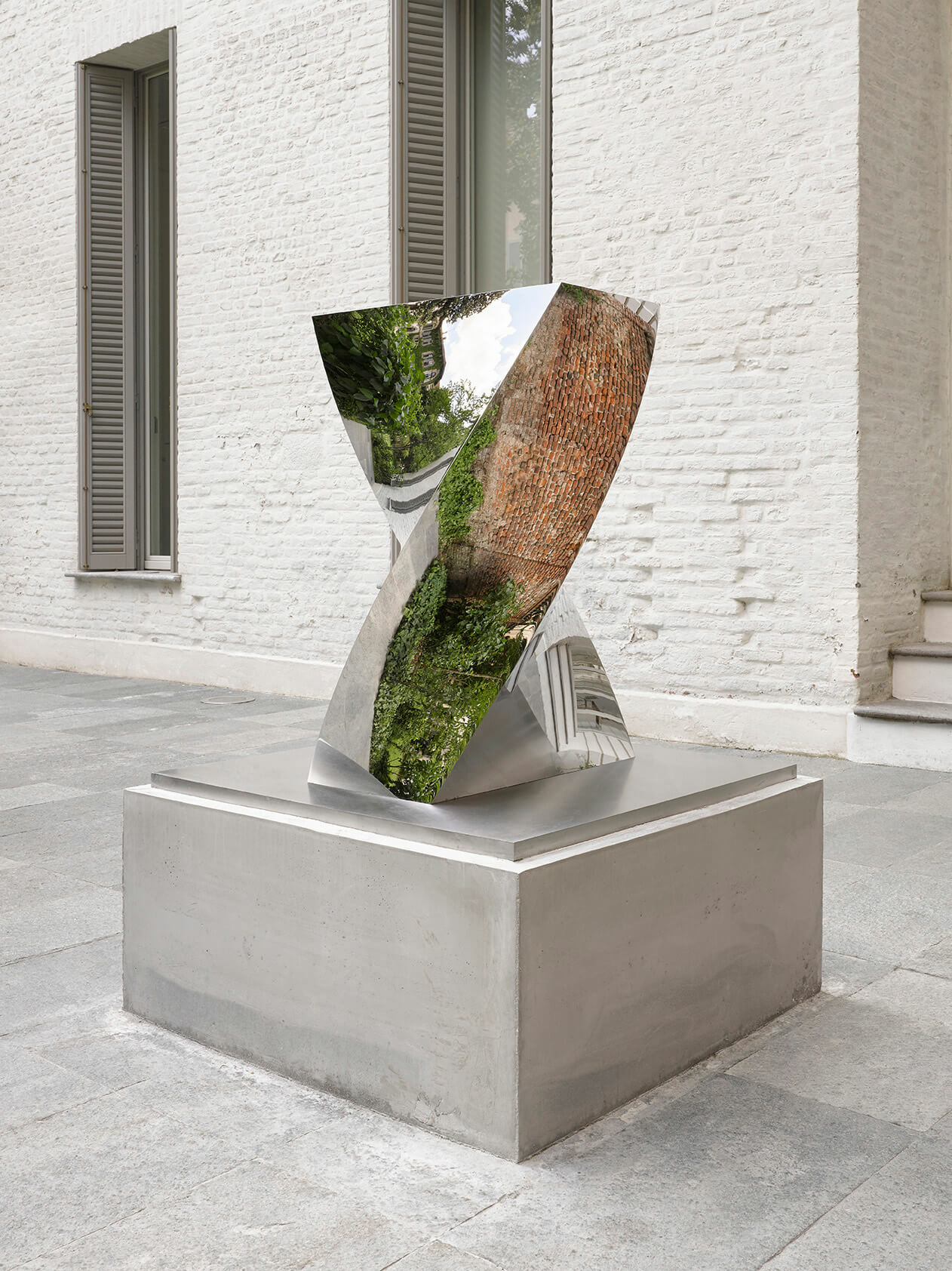 For his first exhibition with Lisson Gallery Milan, Anish Kapoor presents a new series of 14 stainless steel sculptures, the forms of which have been twisted through an unspecified number of degrees, never amounting to more than a quarter of a turn, or 90°. Shown together for the first time as an entire group, these small-scale, abstract works nevertheless contain different, recognisable ‘footprints’ – ranging from an L-shape, a W-shape and an oval, to a crescent moon, an equilateral triangle and a figure-eight, among others. These twists (measuring 30cm or one foot in height) are mounted on plinths, sharing space and interacting with one another, but will also be accompanied by one larger twist (100cm, 3.2 feet), located outside on the terrace.

The highly polished surfaces of the twist sculptures create fleeting, fluid reflections that dissipate or disrupt any stable imagery, denying viewers the certainty of either the form’s pre-twisted state – which may also be symbolic, scientific or spiritual in origin – or their own, familiar and fixed likeness beaming back at them. The artist has referred to similar bodies of work as ‘non-objects’, when the internal geometry and perfectly reflective material carry the conditions of their own disappearance.

Many of Kapoor’s best-known mirrored steel pieces, such as the monumental Cloud Gate (2004) in Chicago’s Millennium Park and C-Curve (2007) at the Chateau de Versailles in 2015, have concentrated on the curve – on the sinuous surface, both convex and concave, both enfolding and expanding. The twist, however, relies on the rotational pull around a central, vertical fulcrum to keep its outermost reaches within gravitational orbit. Indeed, every one of the twisted forms seems to be held just at the optimum moment, mid-spin. Kapoor’s contorting forms provide a lens for seeing the universe as it really is, where light is warped on its way through space and our intuition is turned inside out, or in this case, on its side and then vertiginously up or down as if being flung through a chute.

A private view of the exhibition will take place on Friday 13 May from 7-9pm.