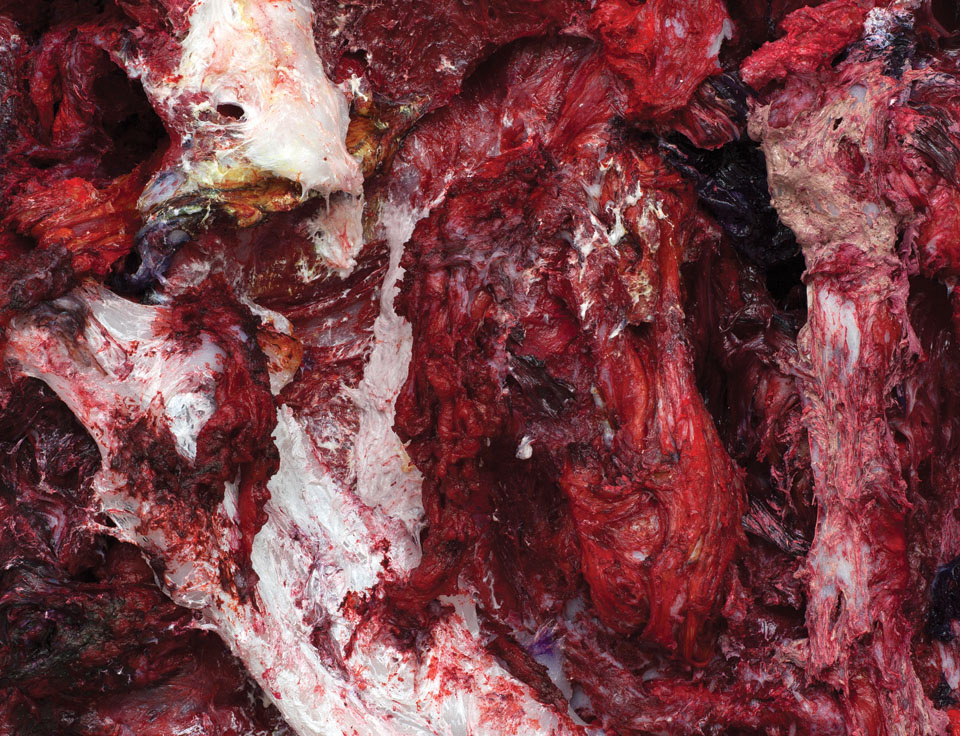 “I think I am a painter who is a sculptor… For me the two things have somehow come together, so that I am making physical things that are all about somewhere else, about illusory space.” Anish Kapoor, interviewed in Art Monthly, May 1990

A radical return to painting marks this new solo show by Anish Kapoor, whose work continues to evolve, seduce and challenge, more than three decades since he first exhibited at Lisson Gallery. A new group of vast, seething red and white resin and silicon paintings, emerging from an intensive process of creative exploration, dominate the main room. These can be read in distinct but overlapping registers, evoking at once the raw internal spaces of the body and the psyche; the humanist and realist painterly tradition of Rembrandt, Soutine and Bacon; and the wider cultural reality of social and political upheaval, violence and trauma.

This new body of work draws on Kapoor’s own artistic history. From his earliest days as an artist he has made two-dimensional works in ink, acrylic, gouache, oil, pigment and earth on both paper and canvas. The new paintings also recall his recent monumental mechanised installations, such as My Red Homeland (2003), Svayambh and Shooting into the Corner (both 2009), which have all employed visceral expanses of red wax; this time the painterly manipulation is wrought by an unknown force, rather than automated by machine. The contested surface of the new silicon works extends Kapoor’s interest in the legend of Marsyas, whose skin was flayed by the Greek god Apollo and whose name was used as title for the artist’s 2002 Turbine Hall commission at Tate Modern.

These new works complement the irregular, convex mirrored surface of his twisted elliptical stainless steel sculptures which bend the reflected spaces and viewers back on themselves, reshaping architecture and our spatial experience in turn. Kapoor’s work addresses interiority and exteriority, the psychological states that accompany the movement of bodies in space and their relative proximity to these indefinable objects. Ranging from the intimate to the monumental, Kapoor is this year also preparing for his largest public exhibition to-date, for the palace and gardens of Versailles this summer (from June to October). 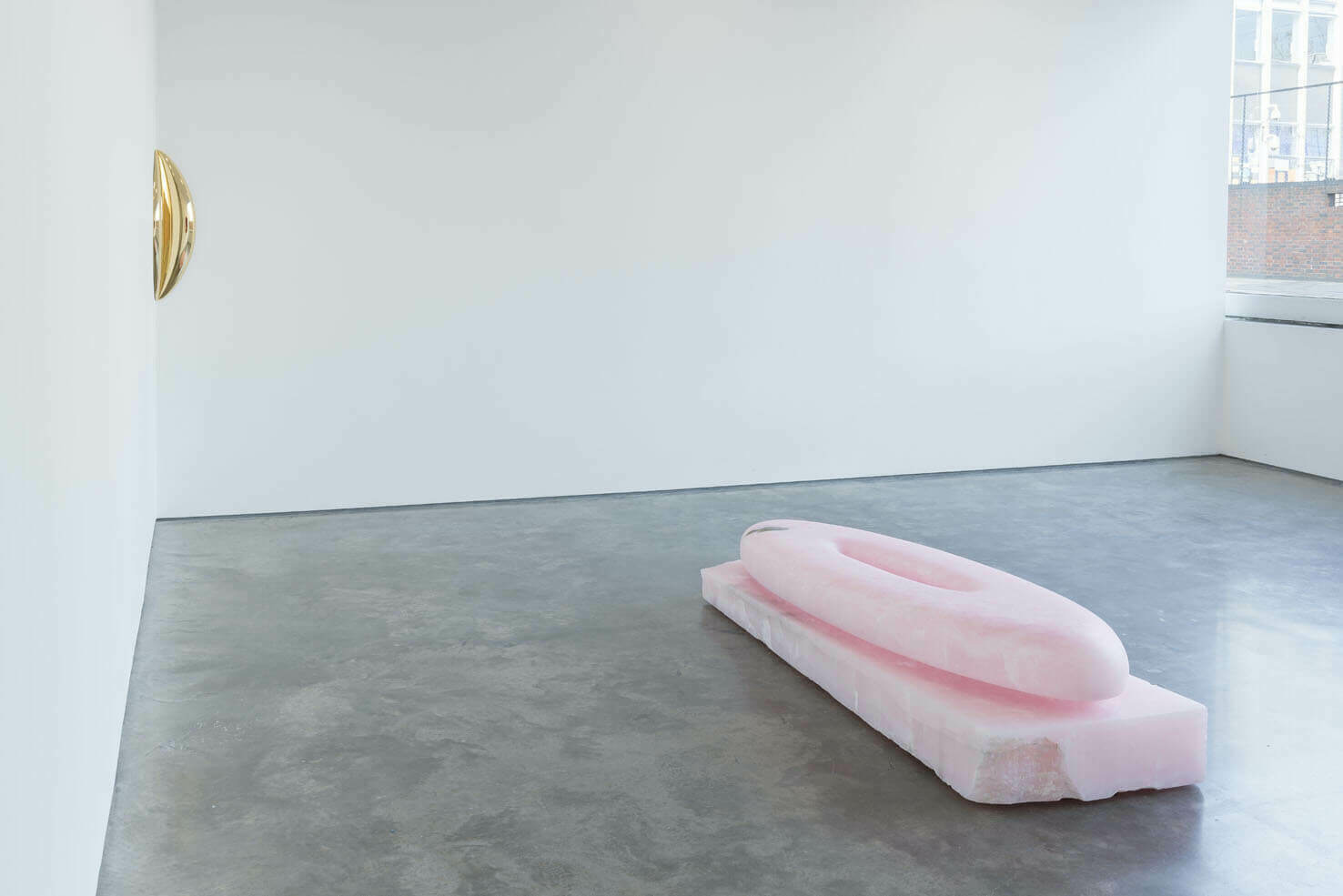 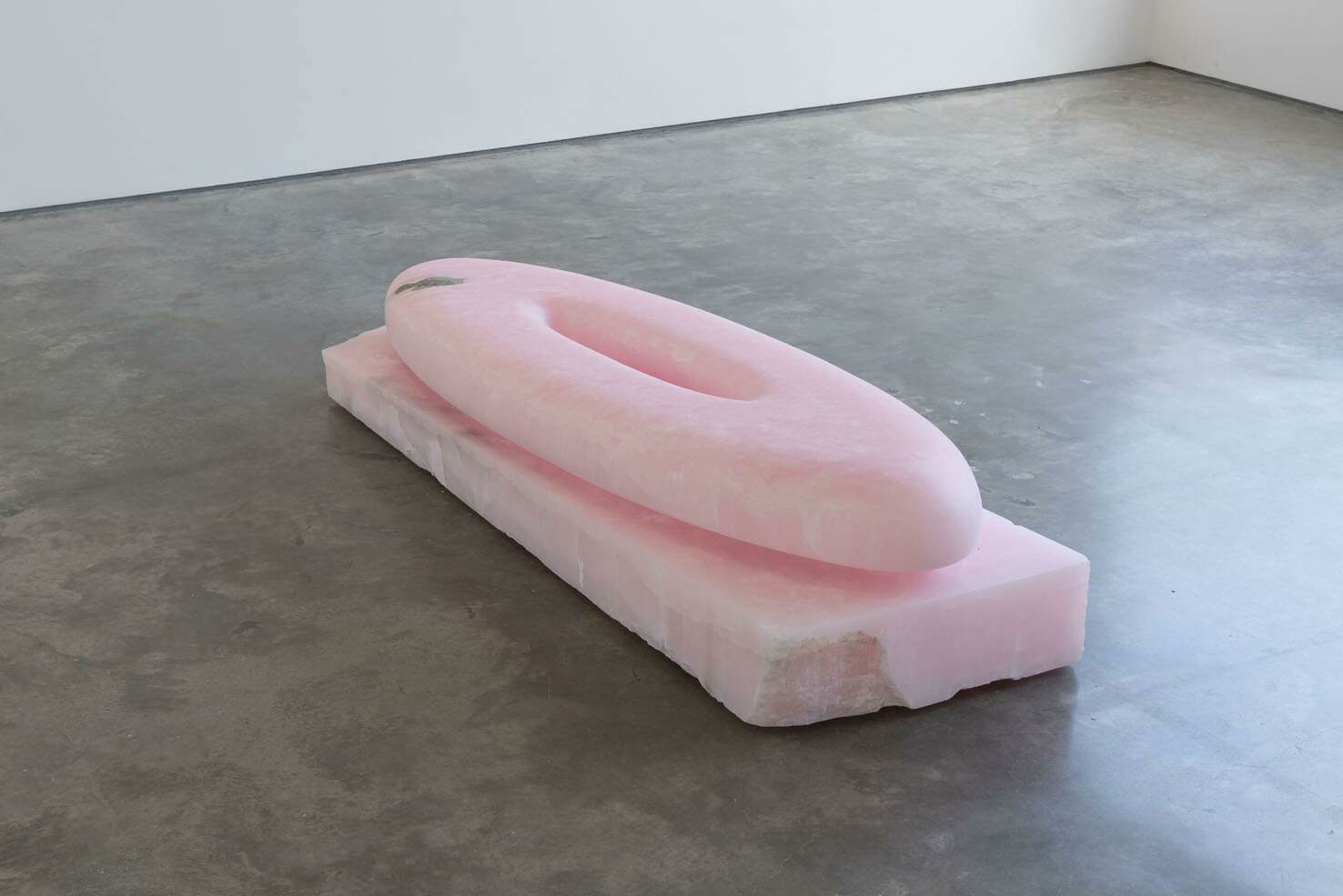 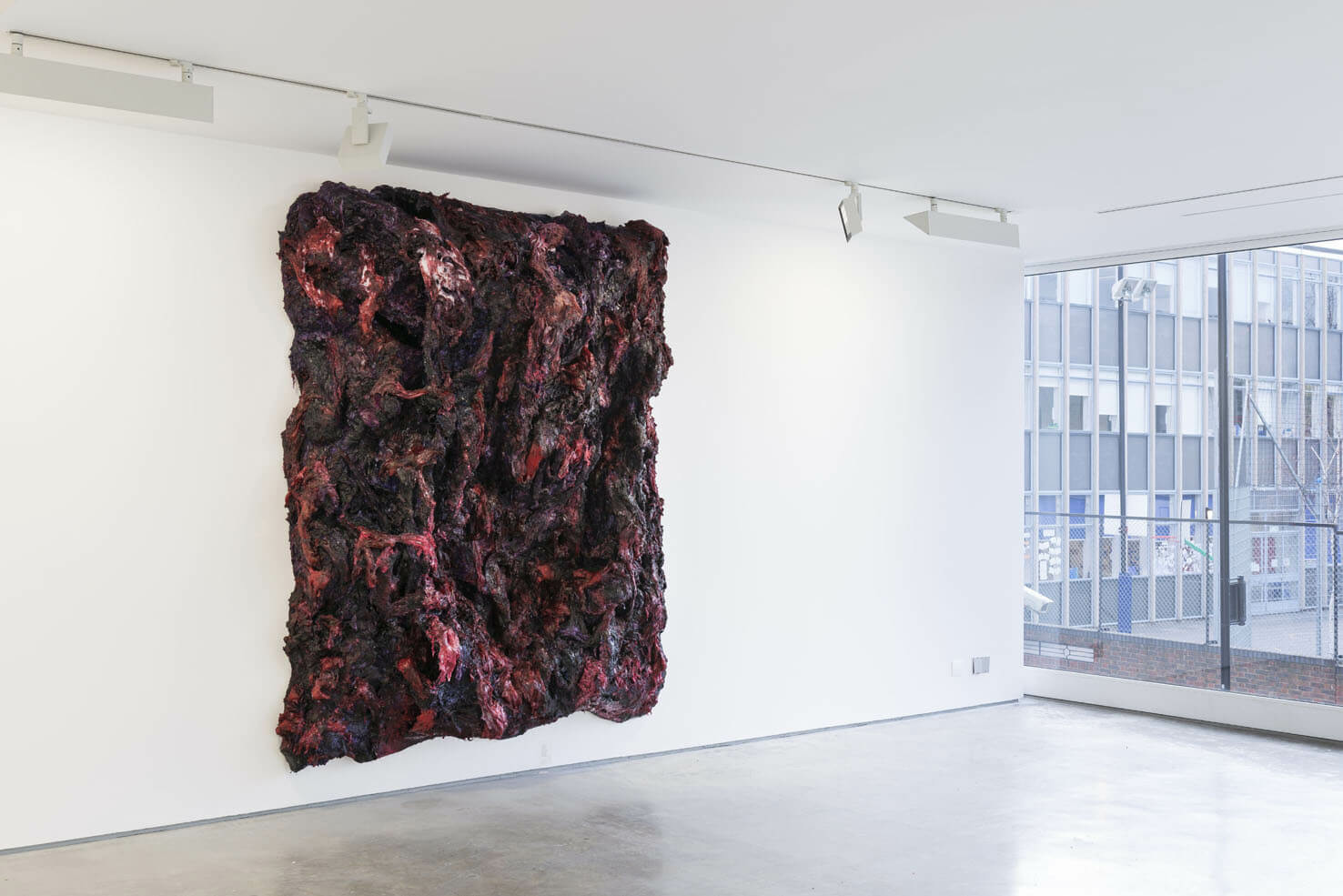 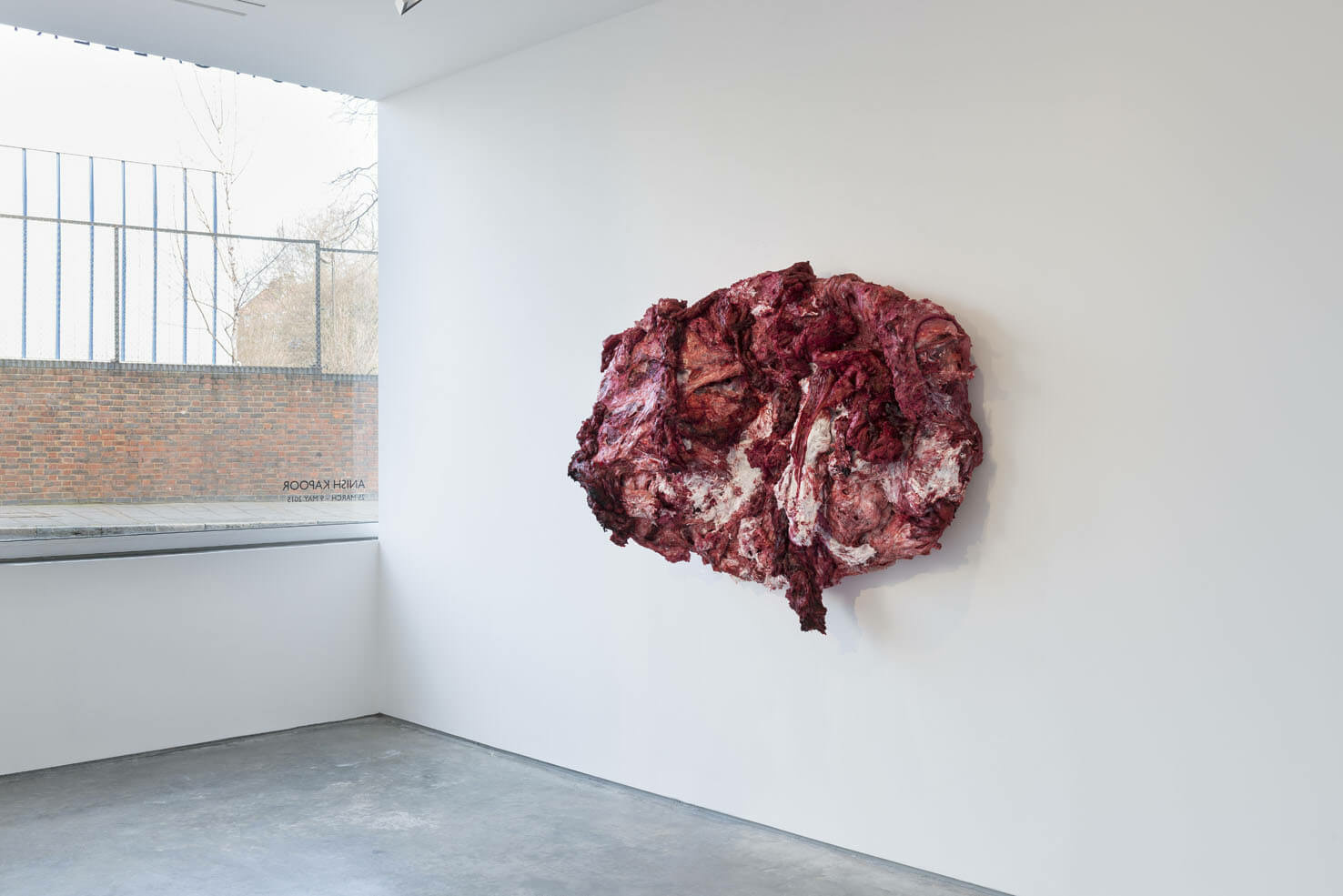 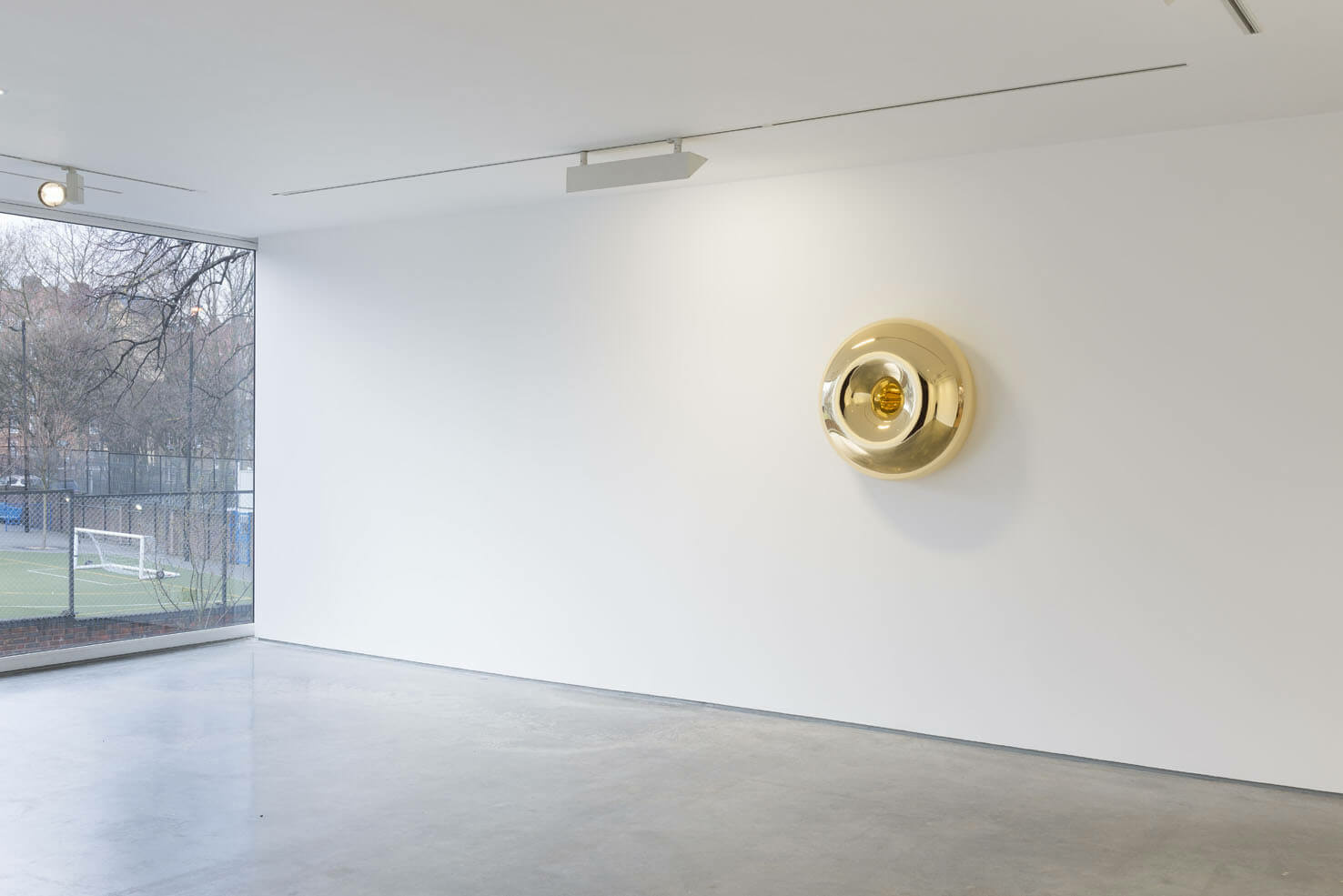 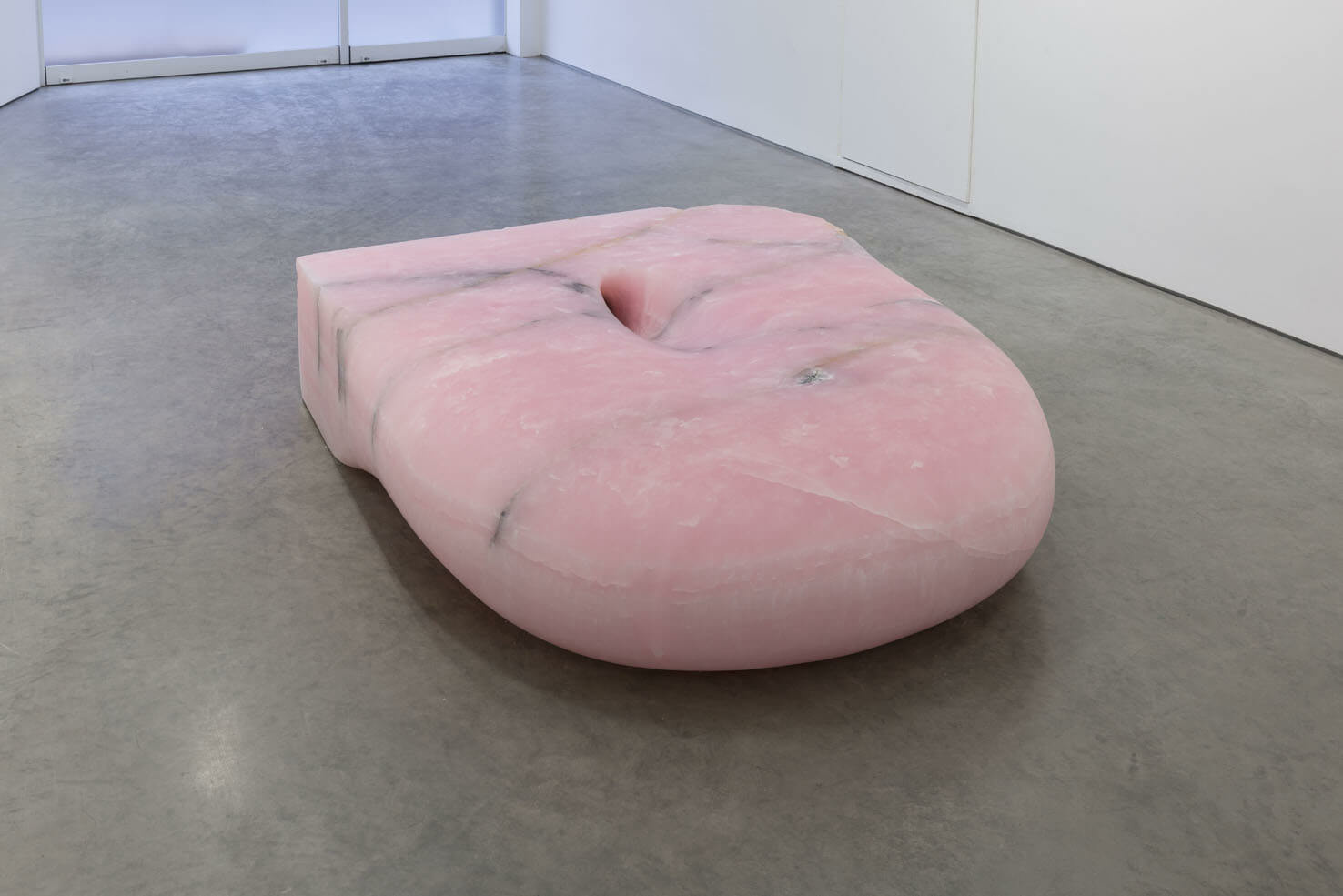 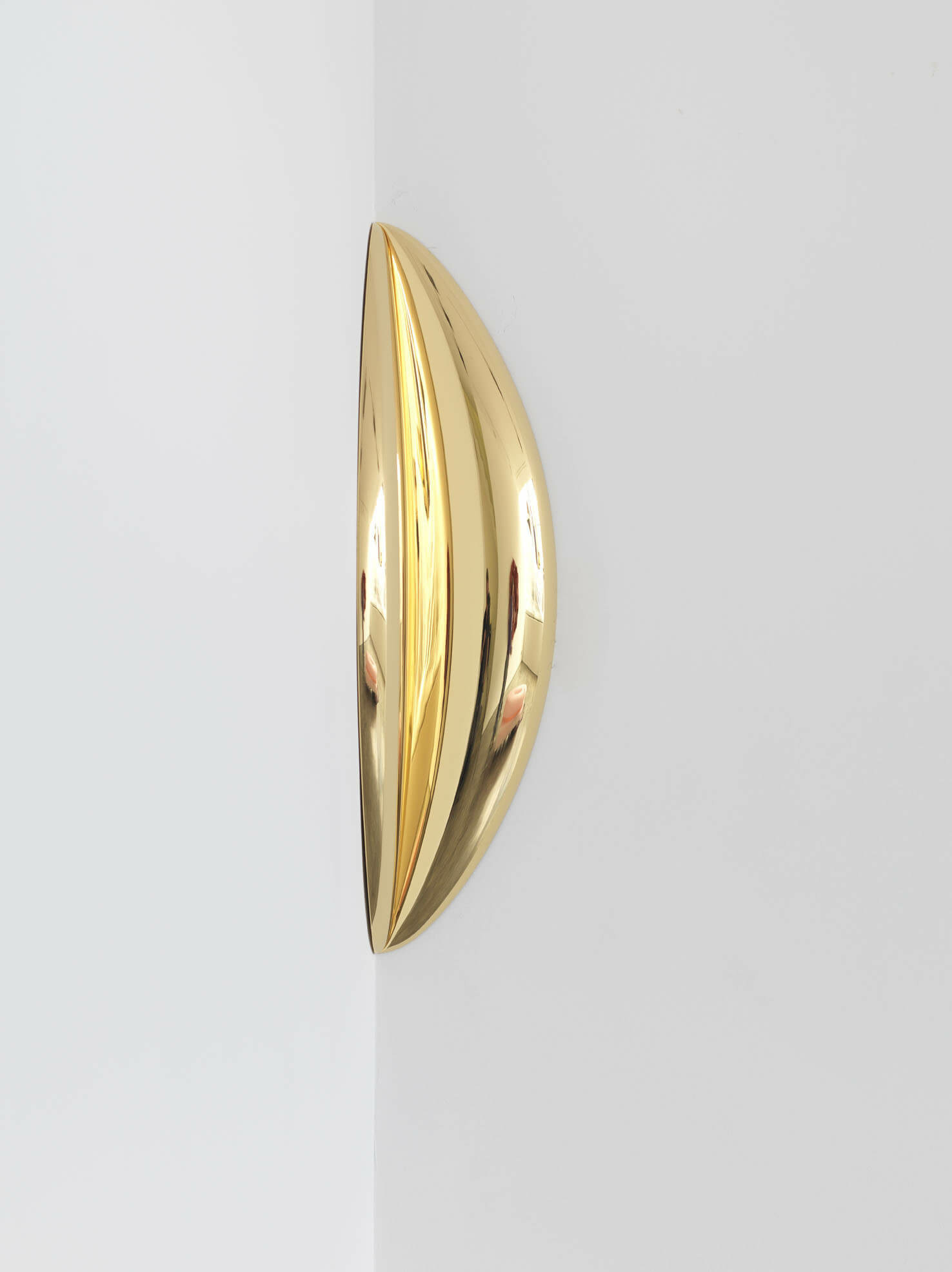