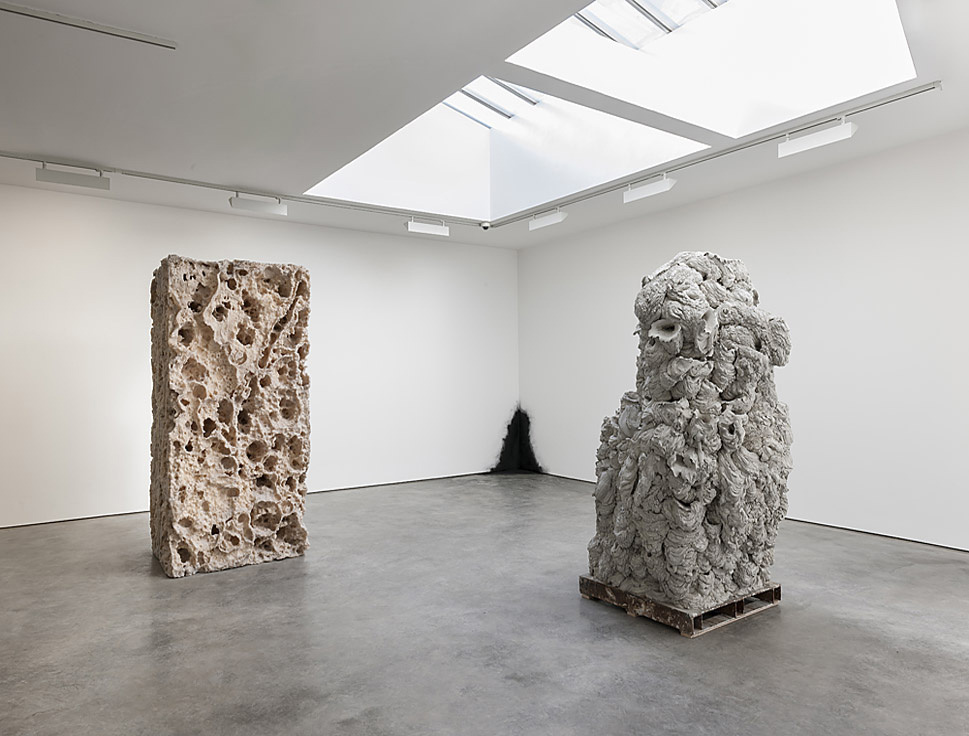 Lisson Gallery is proud to announce a major exhibition of new works by Anish Kapoor. Spanning both the gallery’s spaces on Bell Street, London, the exhibition marks 30 years of Lisson Gallery working together with the Turner-prize winning artist and provides a thorough exposition of Kapoor’s most recent work.

The first living artist to be the subject of a solo exhibition at London’s Royal Academy of Arts (2009), Kapoor, born in Bombay in 1954, first rose to prominence in the 1980s with his brightly coloured, pigment-coated sculptures, the biomorphic forms of the seminal 1000 Names series. Later works saw large-scale installations negotiating and negating space, seeming to swallow the ground whole, yet, at other times, collapsing in on themselves into a void, or creating a new space hovering between the work and its viewer.

The Royal Academy exhibition, and a series of subsequent international museum shows, offered a contrast between works of highly polished metals reflecting a world of fantastic illusion, and installations in wax or cement which suggested raw matter in a state of continual evolution and entropy. Kapoor’s most recent artistic innovations continue this inevitable duality, contrasting the earthbound and the transcendental. The Lisson Gallery exhibition presents for the first time a new series of earth works of varied formats: table sculptures modelling micro and macro-landscapes, wall and floor sculptures evoking the natural forms of rock and coral, and works on canvas coated with pigments mined from the earth in a gritty take both on painterly traditions and on Kapoor’s own earlier pigment sculptures and void forms. Other works include new concrete sculptures; Kapoor’s first major sculpture using a readymade object; and a room designed to induce a powerful sensation of unease. Together they complete a complex and varied body of new explorations of experience and form.

Outside in the Lisson’s sculpture yard sits an imposing large-scale sculpture made of Corten steel, the same material used both for ‘Memory’ - shown originally at the Guggenheim’s galleries in Berlin and New York - and for the canopy element in Kapoor’s Arcelor Mittal Orbit sculpture which continues to dominate London’s Olympic Park.

By contrast, the final room of the Lisson show presents six perfect fibreglass hemispherical monochromes, hung classically on the walls of the gallery. The visual effect of these works varies from one of two-dimensional floating discs, to almost infinite depth revealed upon closer examination. These works, in their different way, also hark back to Kapoor’s earliest pigment pieces, where intense primary colours characterised his practice. The colours here are more complex mauves, aquas, purples and royal blues.

Colour is not an end in itself for Kapoor, it is rather the emotional impact of colour as of form that drives his work. Referencing the great masters of monochromatic painting from Malevich to Barnett Newman and Ellsworth Kelly, Kapoor elides the distinction between two and three dimensions, between perception and experience. The play between surface and depth is a familiar characteristic of Kapoor’s articulations of void forms in earlier as well as this new work. This duality, along with that between the earthy or base and the pure and spiritual, have been tellingly described by Germano Celant, who sees Kapoor’s work as standing at the crux of “spirit and matter, above and below, masculine and feminine… the duality [in which] the energy of transformation and evolution lies.” 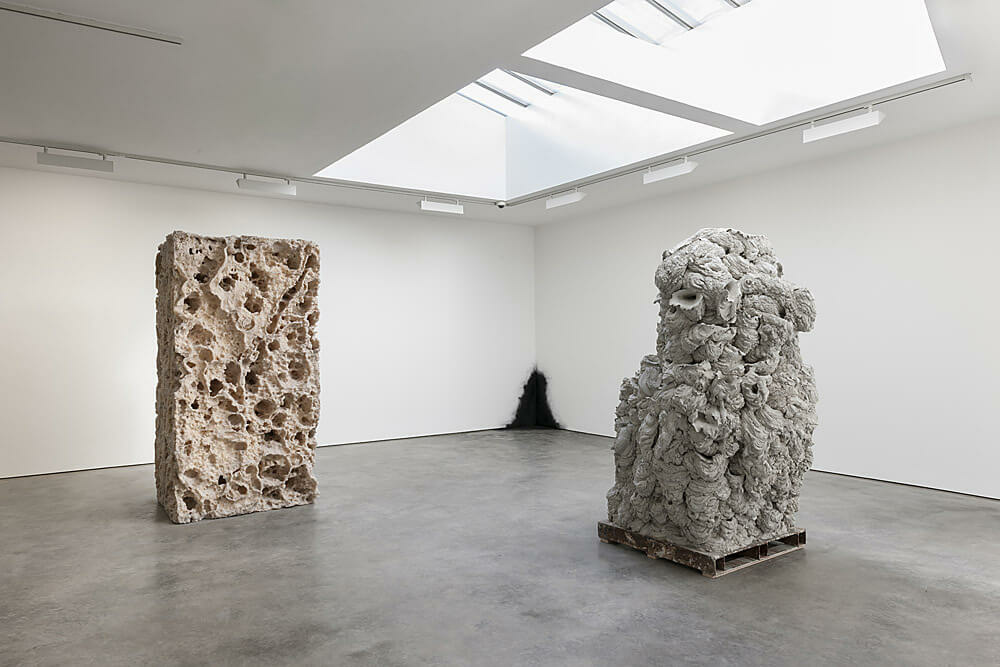 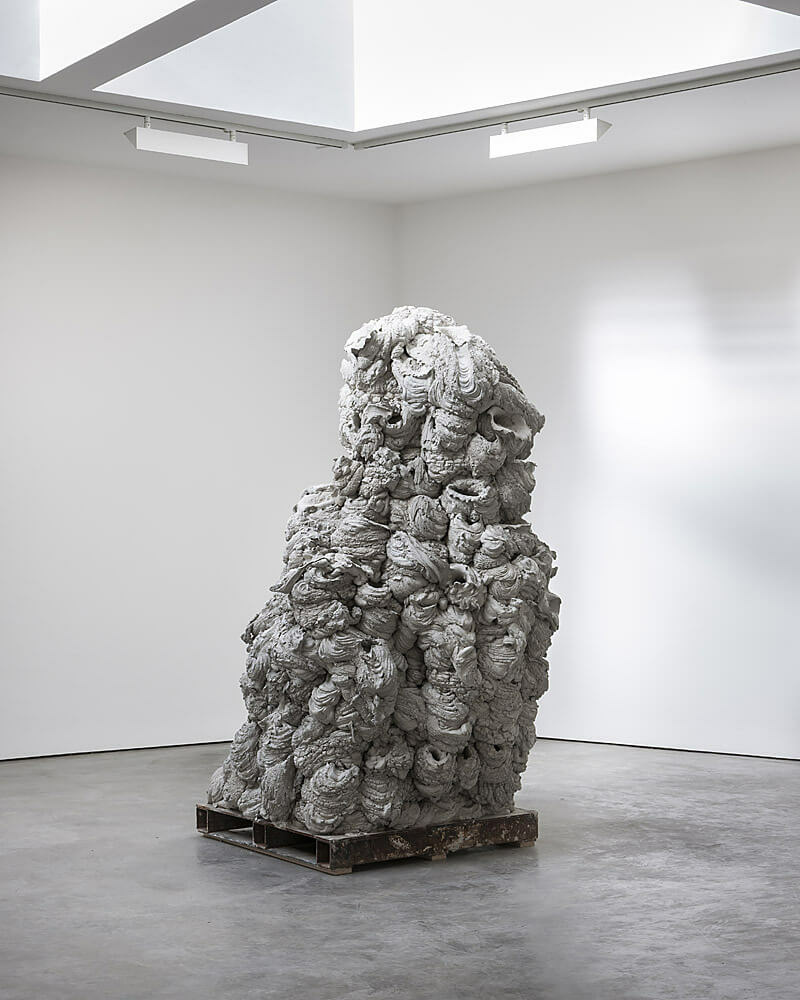 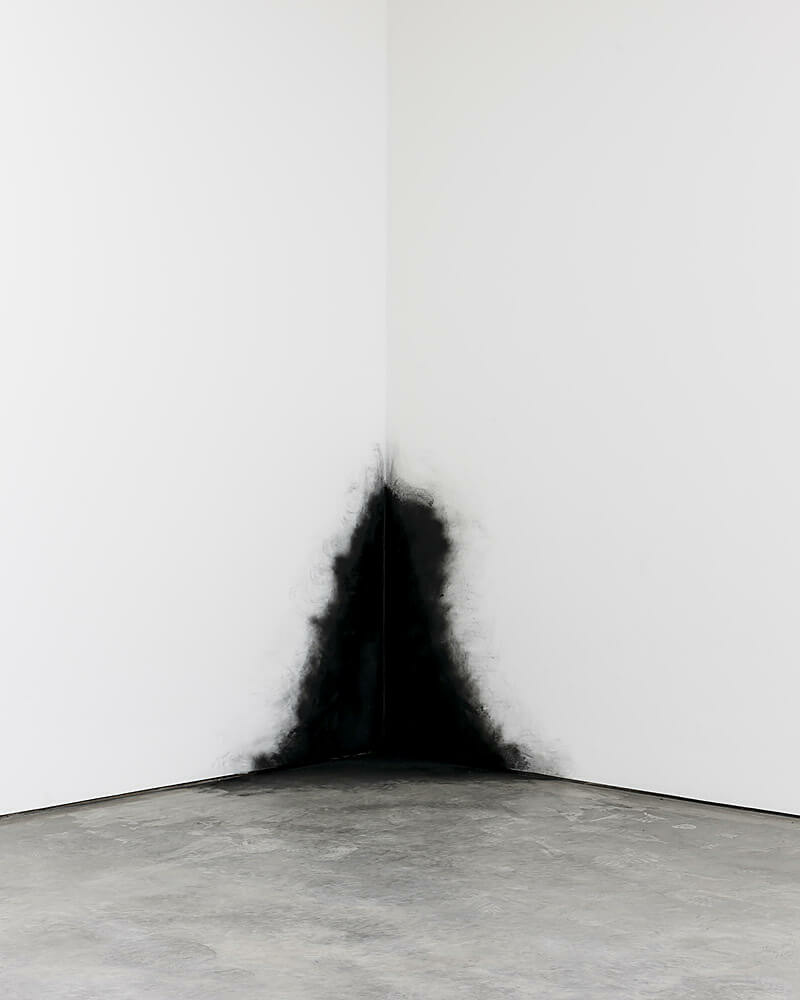 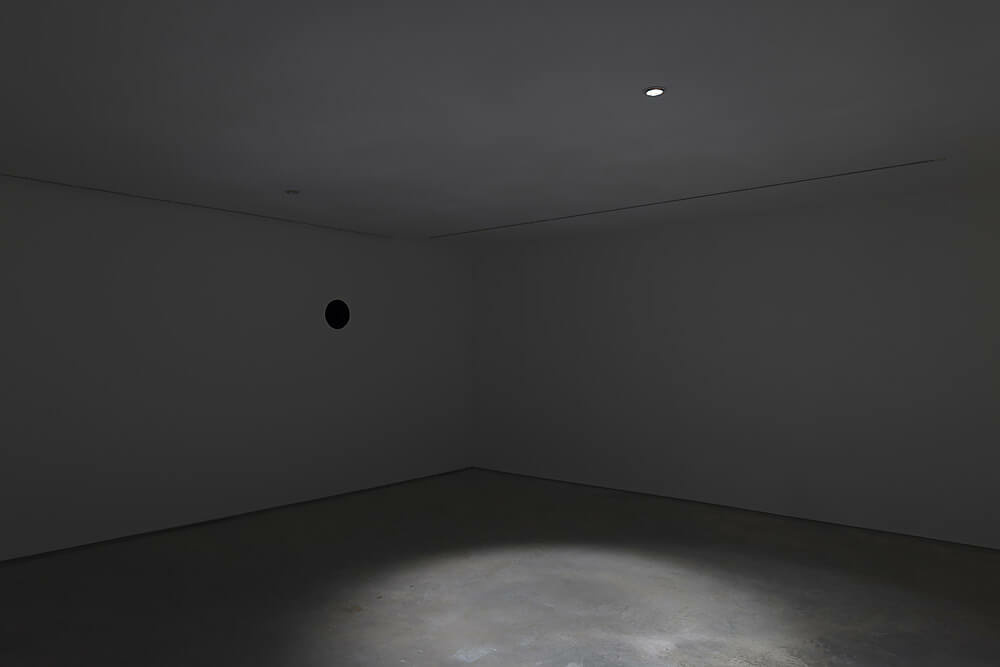 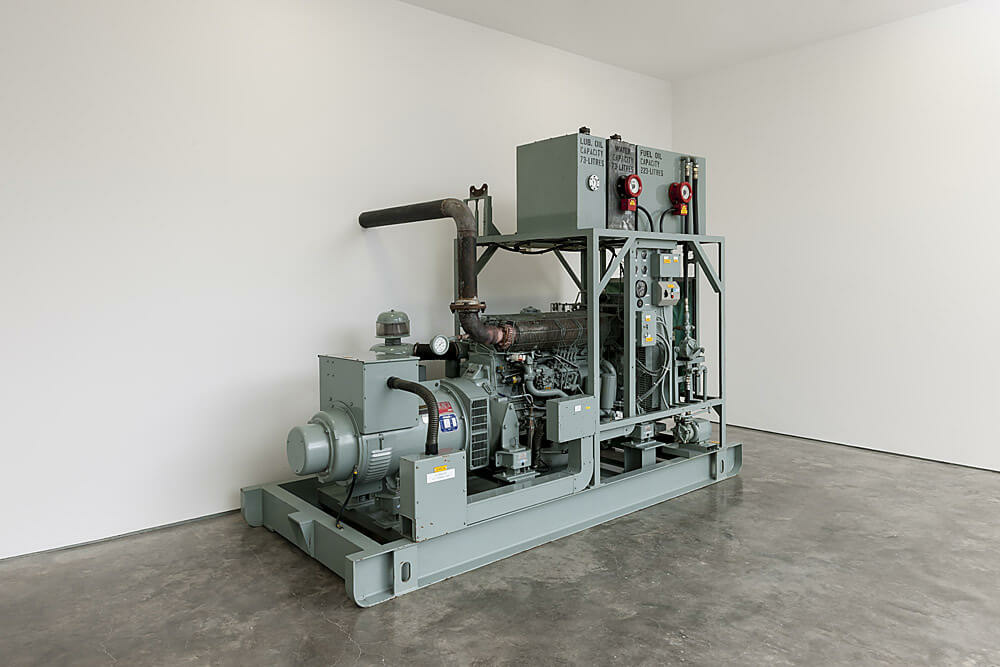 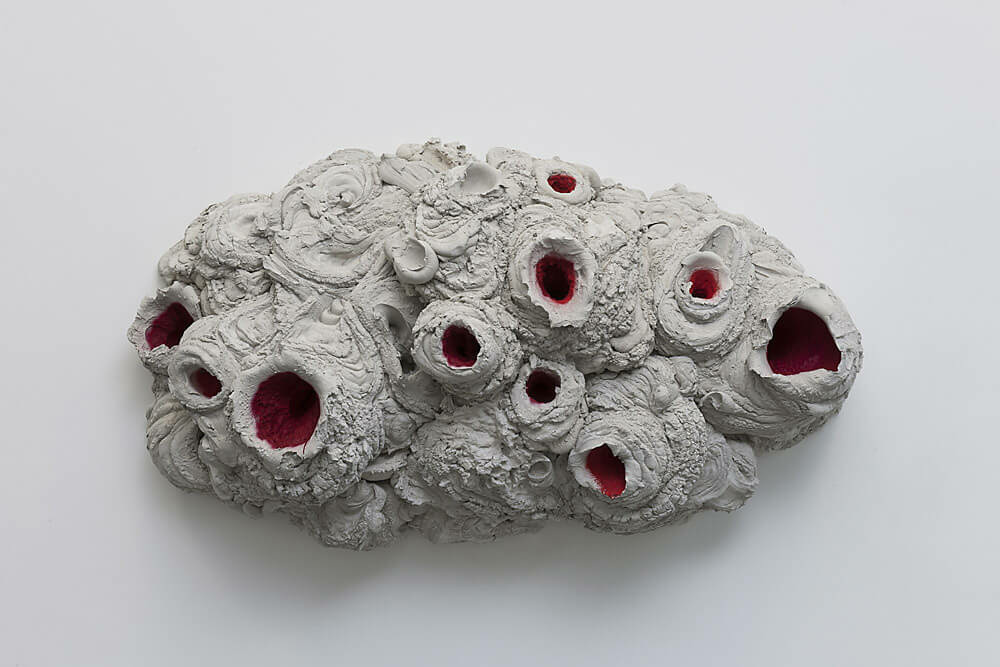 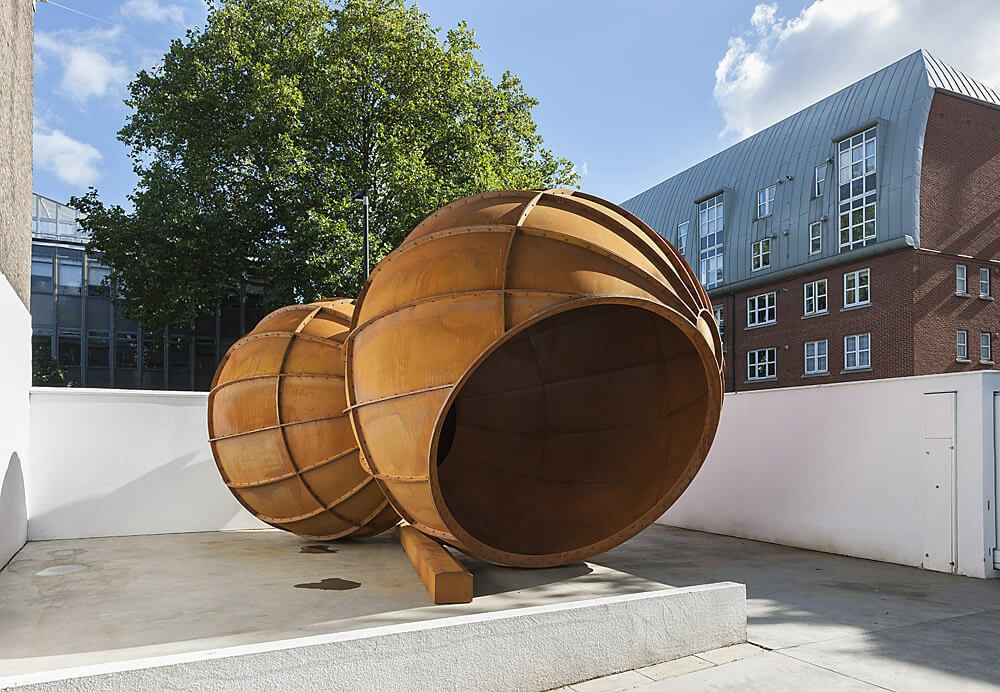 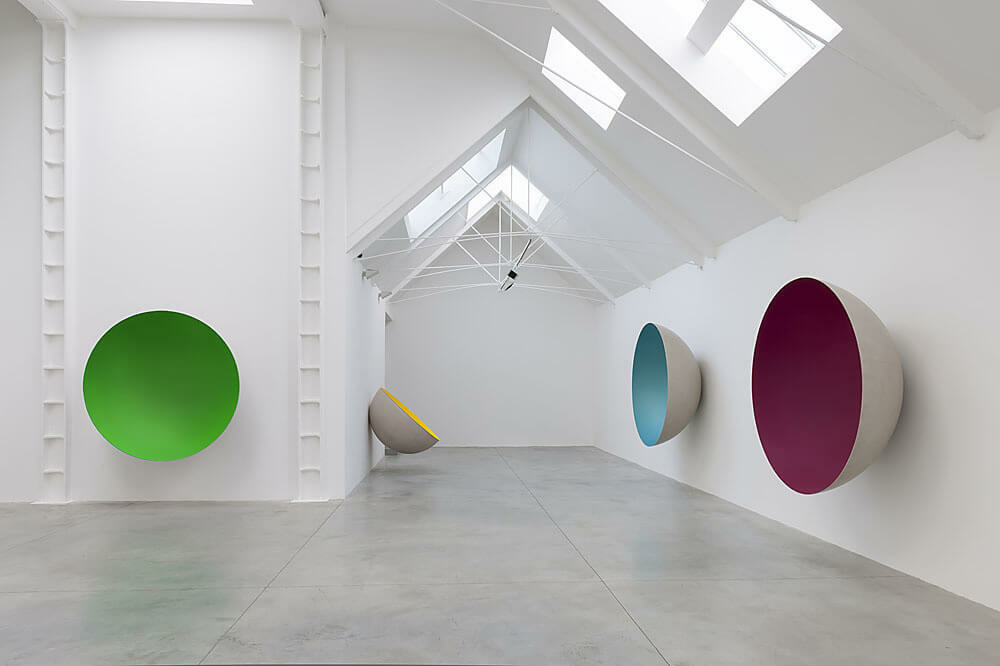 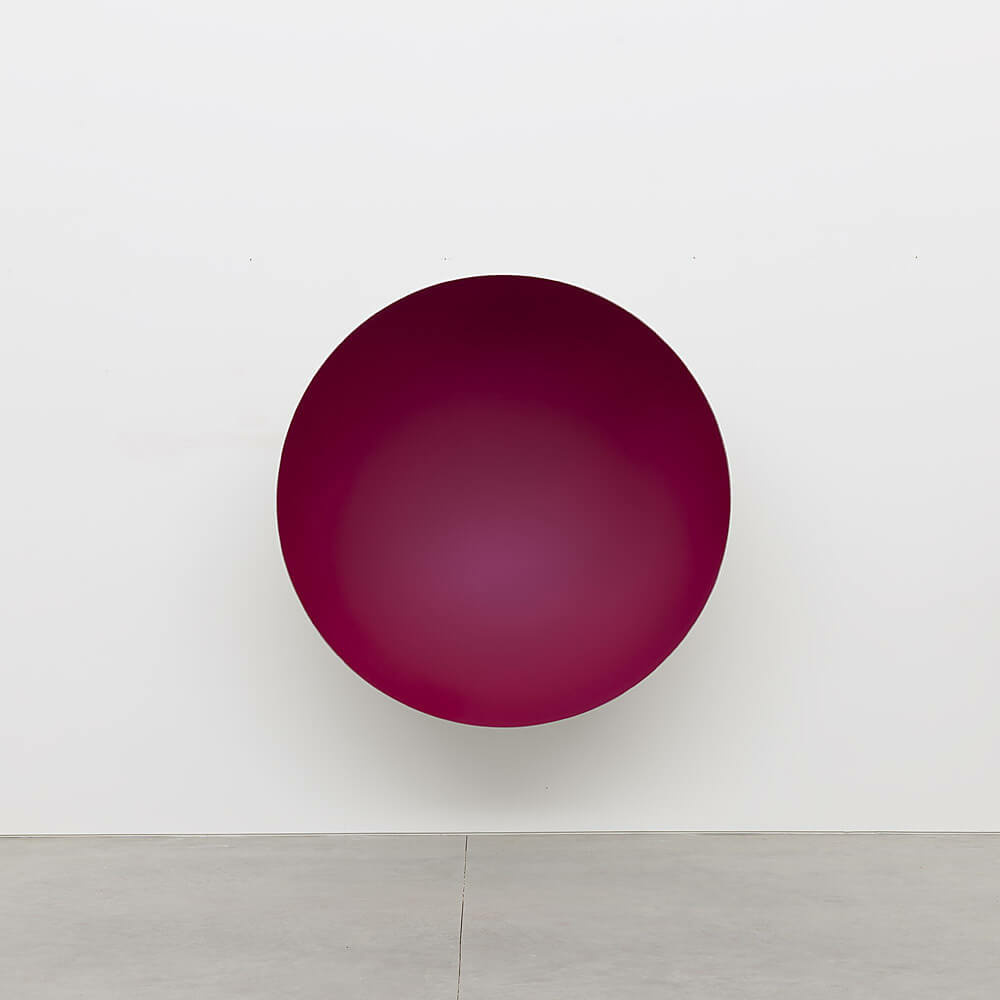 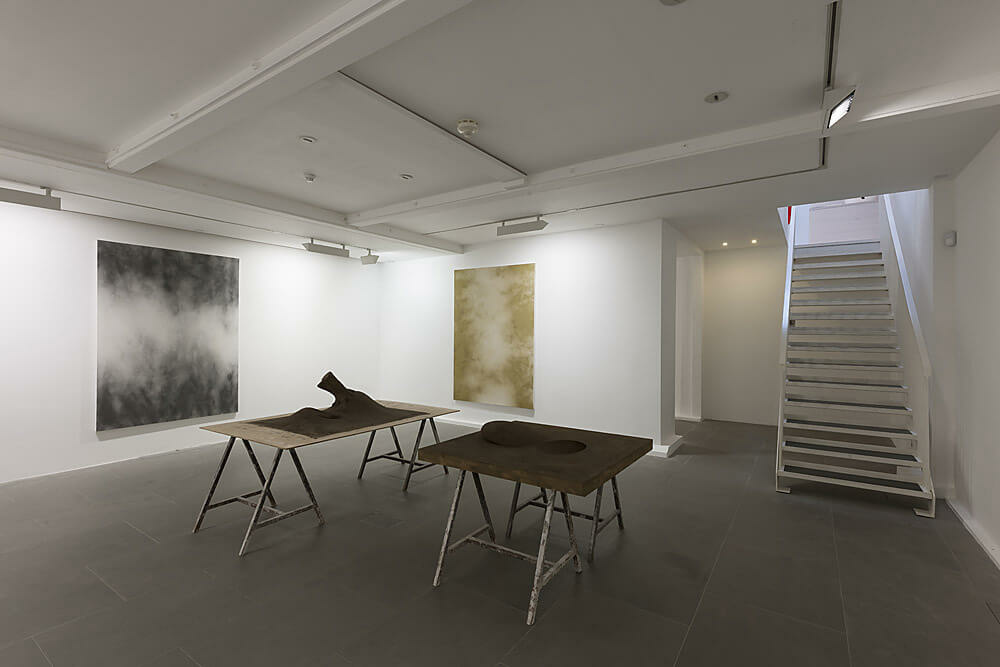 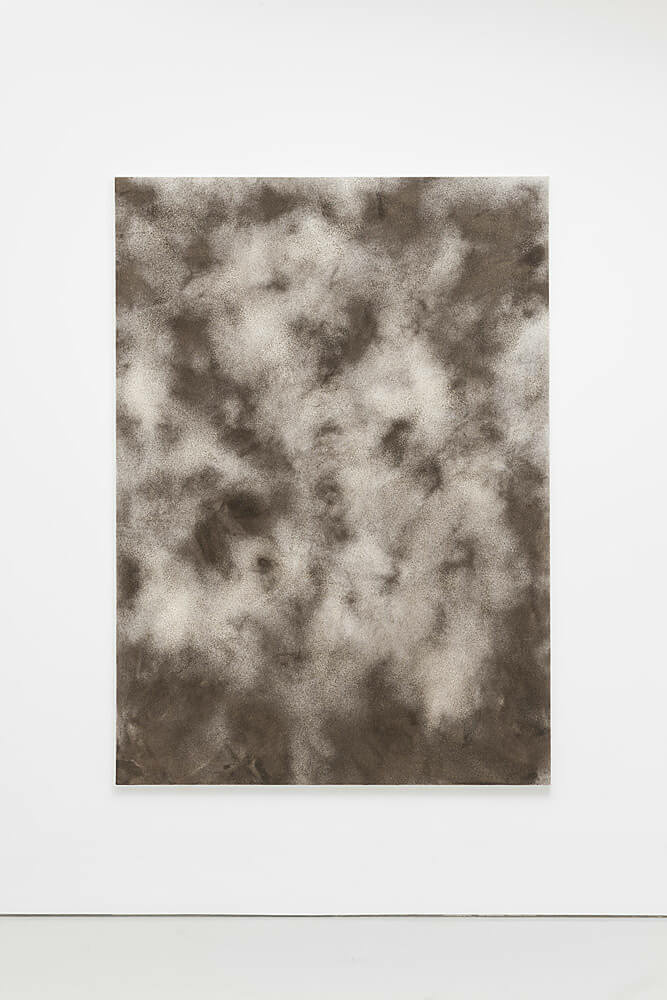 Earth and synthetic resin on canvas