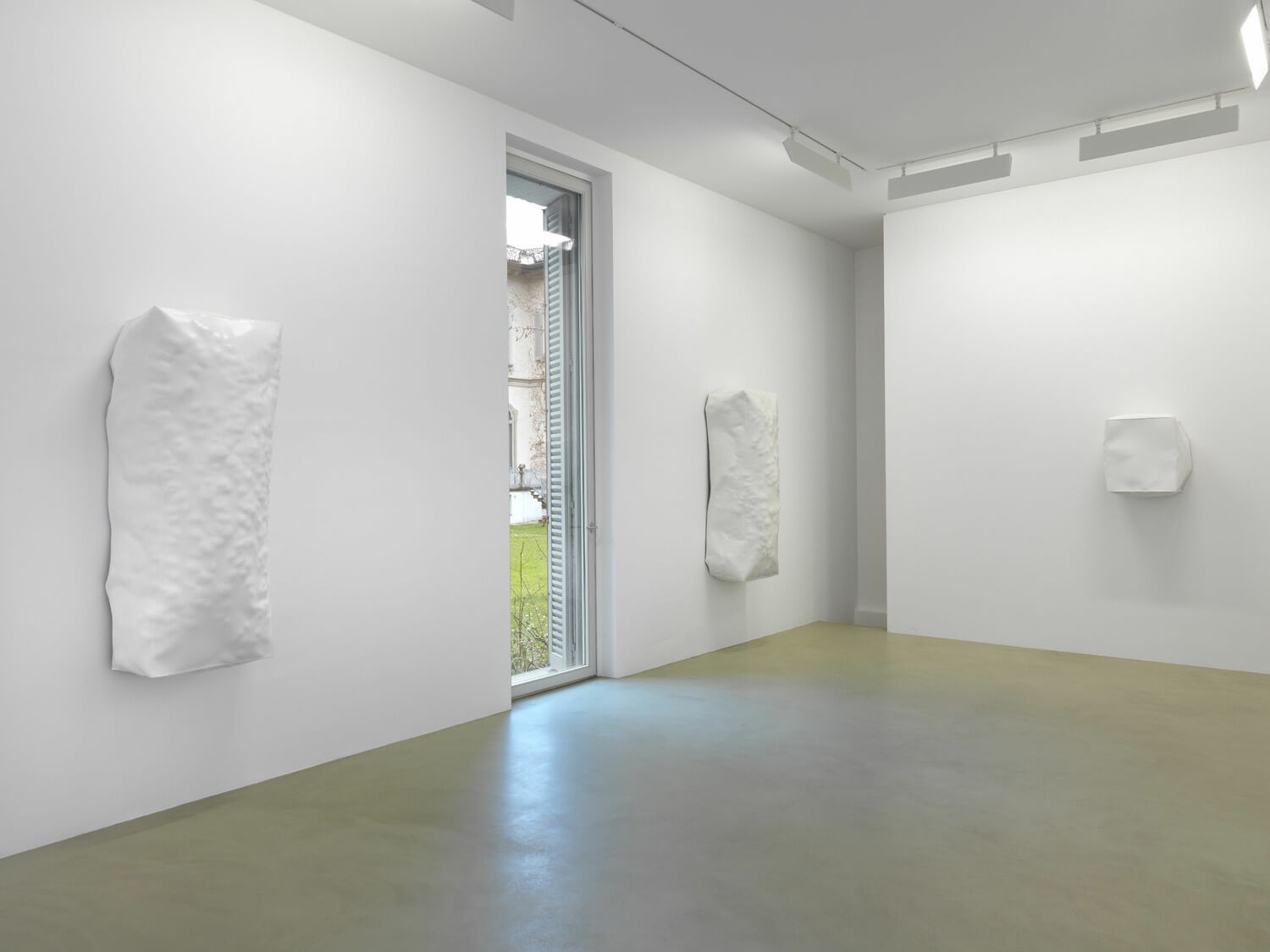 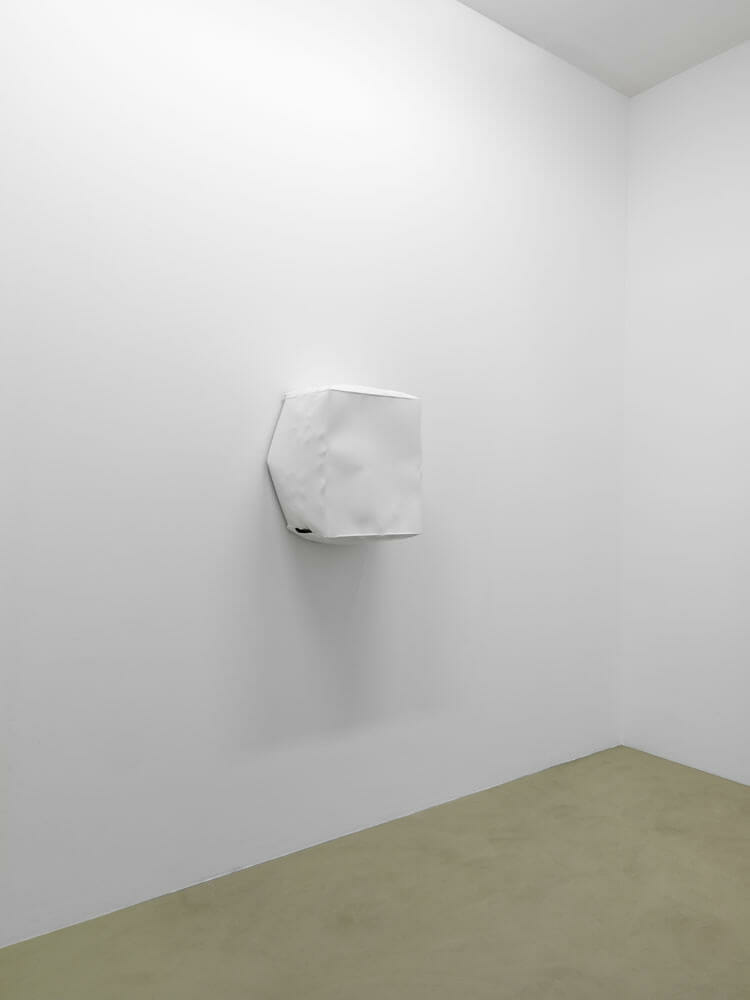 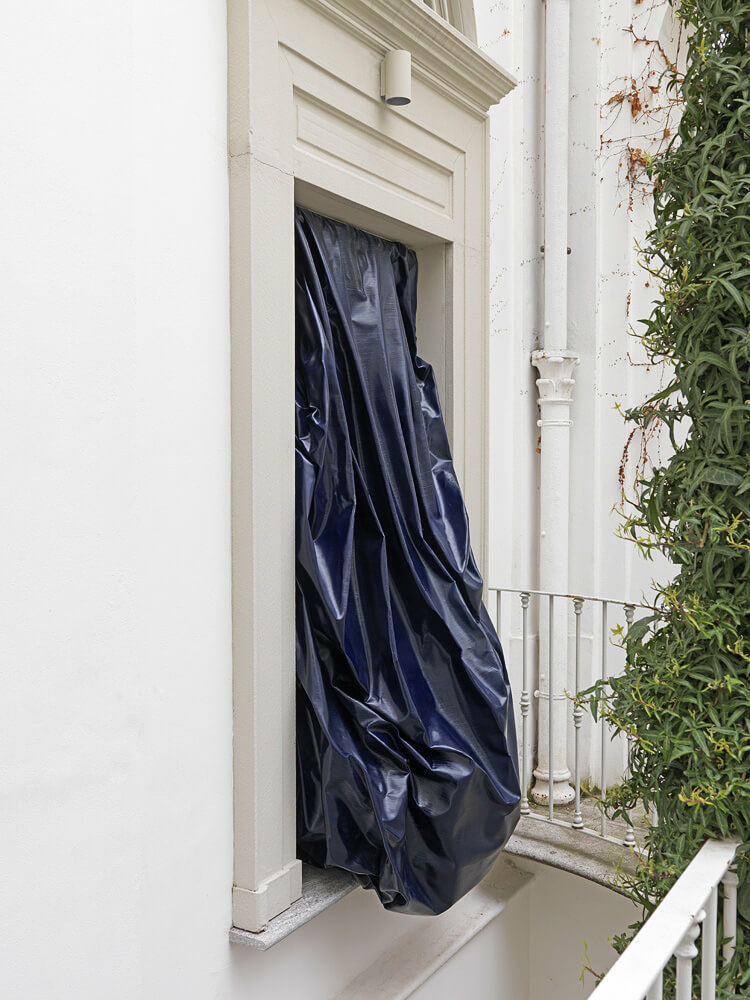 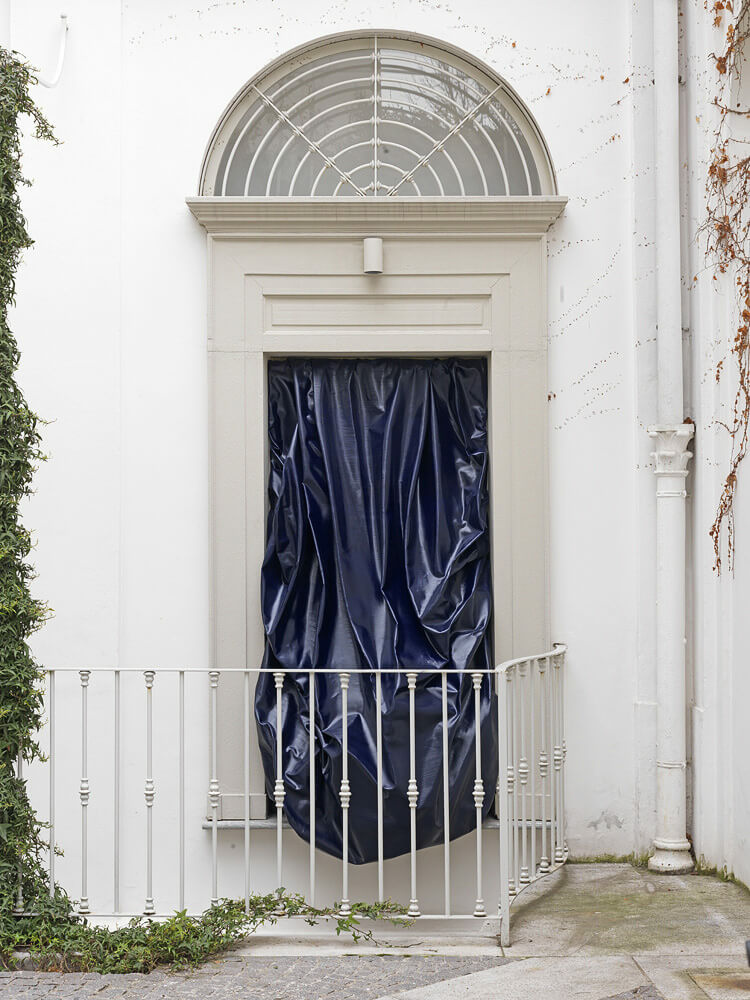 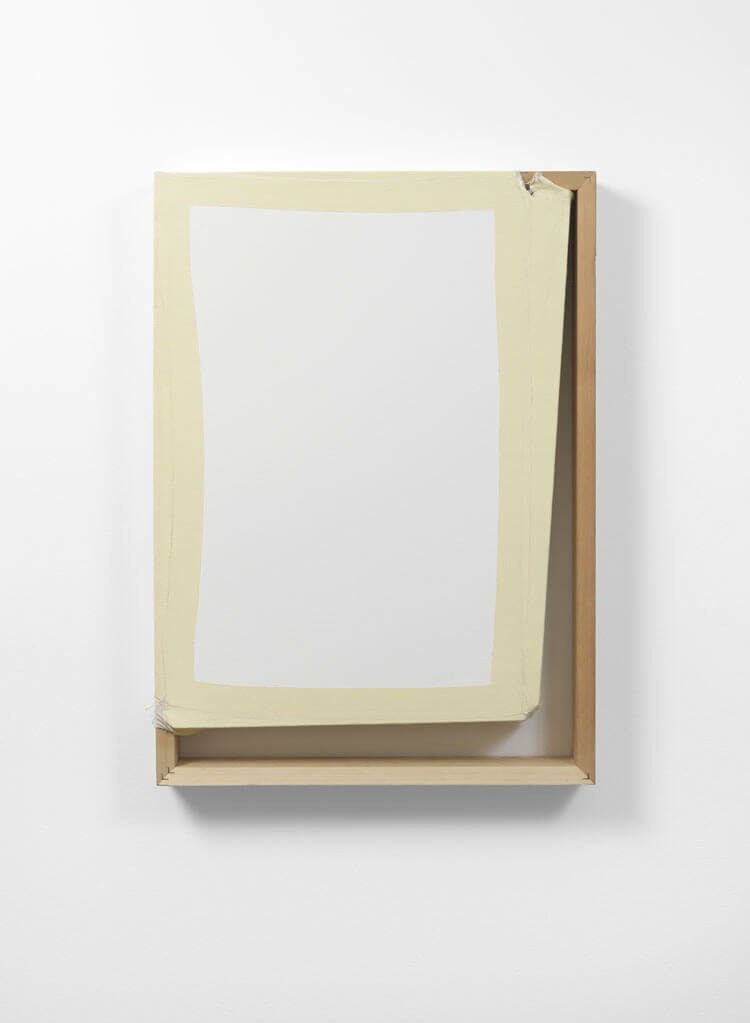 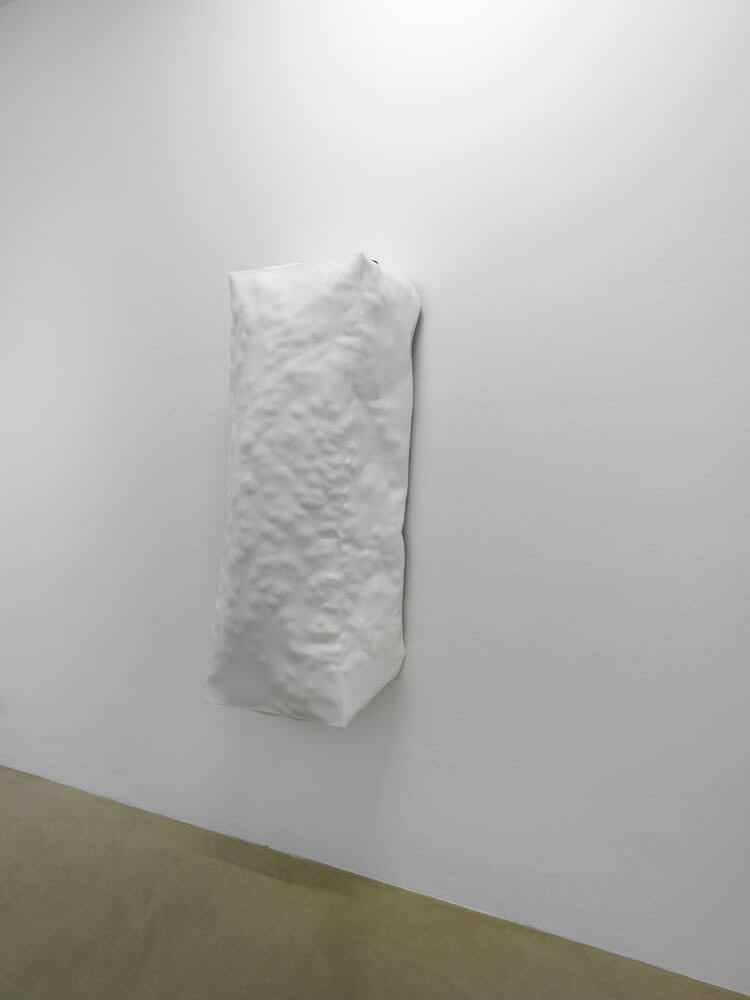 The artist creates work that challenges conventional definitions of painting and sculpture. Often breaking the wooden frames of her canvases as a means of making them anew, the artist violently yet playfully transcends the imposed boundaries of her medium, asserting a three-dimensionality through objects which burst, tear and explode.

Working in aluminium for this exhibition, de la Cruz’s pieces are at once vulnerable yet structured. Bulging from its flat surface, the metallic Bloated solidifies an otherwise fragile moment of inflation. Describing the work’s ability to encompass several states, de la Cruz says:

‘These works are about being on the verge of something, the liminal state between one form and another. There is a surface appearance and there is also what lies beneath. These pieces are quite aggressive but they are also in a calm state.’

‘I choose to work in aluminium because it can be moulded to the way I need to use my language, from the position of a director. You can do a lot with aluminium, as it is a malleable metal. My work makes reference to the human body in its proportions; for example the height of Bloated is my height when standing, 153cm and in the wheelchair my height is 123 cm. ‘

Following the language of Minimalism, de la Cruz often works in series, adopting a systematic process and in doing so exploring the limitations of her medium and her ideas. The works manifest the artist’s search for a solution. The format of the exhibition at Lisson also subscribes to the Minimalist paradigm through its monochromatic formation of works in white, the colour of mourning in some cultures. The only colour in the show is provided by Stuck (Blue) which is installed outside of the exhibition space.

All of the works in the show can be considered performative: about to step out of their current state. Burst explodes reactively at its sides, over-sized painting Stuck attempts to free itself from an outside window-ledge, and Tight is pulled and pinned in place just at the point of breaking. Even when the work appears tough, it maintains an element of humour. De la Cruz relates to humour as an act of survival and as such considers it a way of dealing with loss.